As that paragon of fatherhood Homer Simpson once told his brood, “Remember, as far as anyone knows, we’re a nice, normal family.” Then again, we’ve never met a normal family. With that in mind, we invited readers to share hilarious stories about their kith and kin with the chance to win a $500 grand prize. After sifting through the many anecdotes, we can honestly say each family is uniquely eccentric.


For the second week in  a row, my son and I were the only ones who  showed up for his  soccer team’s practice. Frustrated, I told him, “Please tell your coach that we keep coming for practice but no one is ever here.”

My son rolled his eyes and said, “He’ll just tell me the same thing he did before.”

“That practice is now on Wednesdays, not Tuesdays.”

When my five-year-old daughter came down with a virus, I took her to the doctor’s office. Holding her hands, I explained the sad facts: “The doctor is now going to draw some blood.”

Calmly and stoically, she responded, “Whose?”

After painting the bedroom walls, my husband prepared to put back the pictures. “How should I hang them?” he asked me. “Too high or too low?”

Upon being reminded to use the toilet after waking up, my four-year-old was thoroughly dismayed: “You mean I’m going to have to go potty every day for the rest of my life?!”

“How was your first day of school?”  I asked my kindergartner.

“Fine,” she said. “They want me to come back tomorrow.”

Although my daughter wasn’t much of a bowler, when her friend’s bowling team was down a player, my daughter agreed to fill in. “So how’d you do?”  I asked a few days later.

She rattled off her scores: “One sixty, one sixty-seven, and one fifty-five.”

“No! One game sixty, one sixty-seven, one fifty-five.”

We’re not sure how it happened, but my three-year-old nephew James got his tricycle stuck under another bicycle’s tire and gear mechanism. My four-year-old kid, Rowan, watched him patiently and painstakingly extricate the trike, then turned around to us and declared, “Him’s a genius!”

During Thanksgiving dinner, my young niece Mackenzie started fiddling with my father’s wedding band. Dad said, “That never comes off. You know why? Because I love your nana.”

That’s when Mackenzie informed him, “Nana takes hers off.” 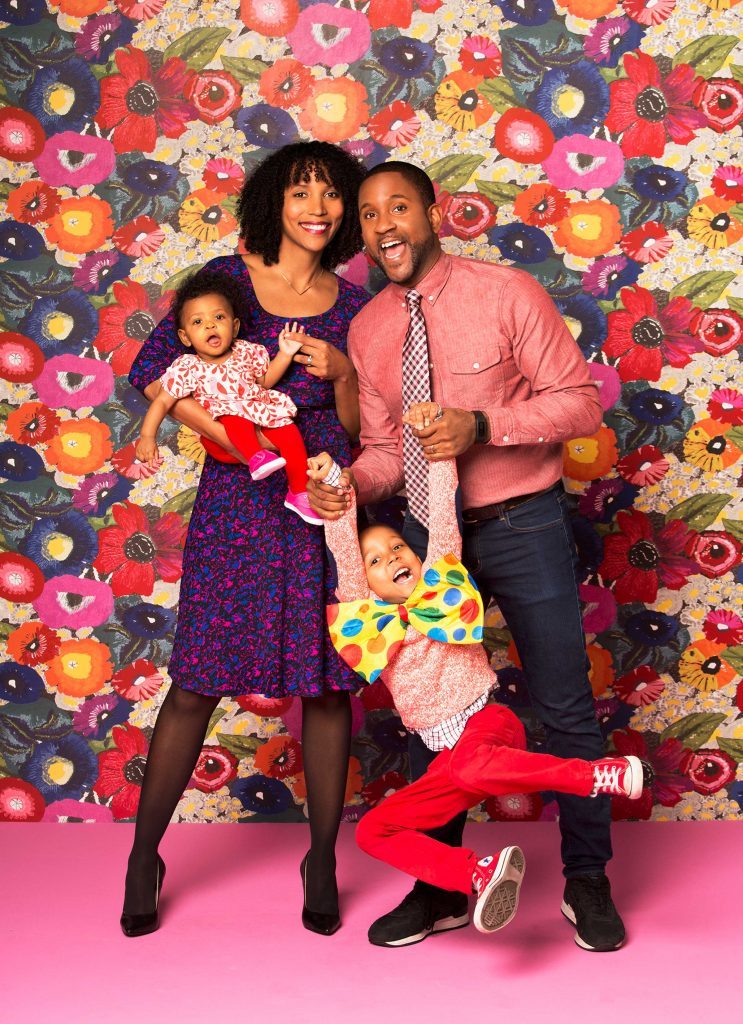 And on the Seventh Day, He Got Paid

In church, my three-year-old insists on being the one to put the money into the collection basket. One Sunday, as the basket came toward him, he held out the envelope and asked aloud, “When is God coming to pick up his paycheck?”

It was a typical noisy dinner at my parents’ home, and Dad was having trouble following the conversations. He kept jumping in with off-topic comments and asking for things to be repeated. I finally told him he needed to get a hearing aid.

Looking at me as if I were crazy, he said, “What would I do with a hand grenade?”

My ex-husband hosted a graduation party for our son that included his new family and mine. My confused nephew wondered who was my son’s father. When I pointed him out, he asked, “Do you know him?”

Blow Out the Pipes

I take after my father in the sense that we both have proud, prodigious noses. Anyway, one morning, following a night of tossing and turning, I sat on the side of the bed. “What’s wrong?” my husband asked.

My loving man got out of bed and said, “Let me go get the plunger.”

“Can you play with me?” my preschooler asked.

Taking my hand, and with the  wisdom of one who has lived many  a lifetime, he said, “Mom, I have  advice for you. When people tell me to do work, I don’t listen to them. Then  I don’t have work to do. It works for me. You should try it.”

We ran into our minister at the mall, but my son couldn’t place him. It was only later that it hit him. “I know that man,” he said. “He goes to our church.”

A book I’d ordered arrived in the mail. I unwrapped it and flipped through its pages. My 21-year-old son, Sean, was at the other end of the table, gesturing as if he wanted to see the book. I started to hand it to him, when he stopped me.

When her six-year-old daughter and four-year-old son ran outside to play with their new toy, my sister sat back to enjoy a cup of coffee and  a rare moment of quiet. The peace was shattered when my nephew ran back into the house, crying.

“She won’t stop calling me Roger!” he sobbed, and threw down his new walkie-talkie.

Herein lies the difference in my kids’ personalities: My teenage son bought me a beautiful necklace; my daughter called dibs on it when I die. 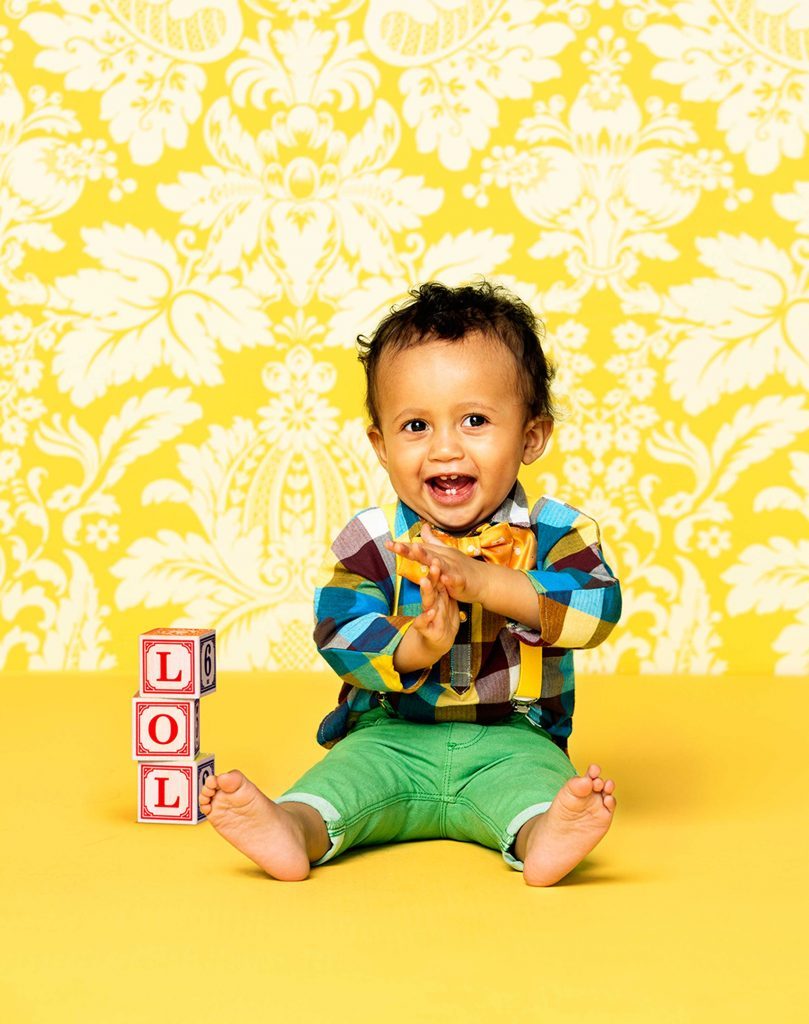 My mother and father were driving when she was pulled over by the  police. Mom was in a hurry and told the officer so.

Mom was beside herself. “That’s discrimination!” she shouted.

Great hoopla followed my newborn son’s umbilical cord’s falling off. So it was only natural that during one of his diaper changes, his eight-year-old sister would point and ask excitedly, “Will that fall off too?”

Careful What You  Wish For

My son and his wife were determined to have a boy, and two years after their fourth daughter, Bridgette, was born, Trey arrived. When he was six, Trey complained to Bridgette that he had no one to play with and wished she were a boy.

We had just pulled up to the pig farm when my aunt bolted out the front door of her home to greet us. After the hugs and kisses, Dad asked about my uncle.

“He’s in the barn with the pigs,” she said. “Don’t worry; you won’t have any trouble finding him. He’s the only one with a hat on.”

I walked into our family room just in time to see our kitten standing on  a side table, sniffing my husband’s wineglass. “Get down!” I yelled.

As she jumped away, I turned to my husband and son: “I’ve never seen her do that.”

My son shrugged. “Really? We watch her drink out of your glass all the time.” 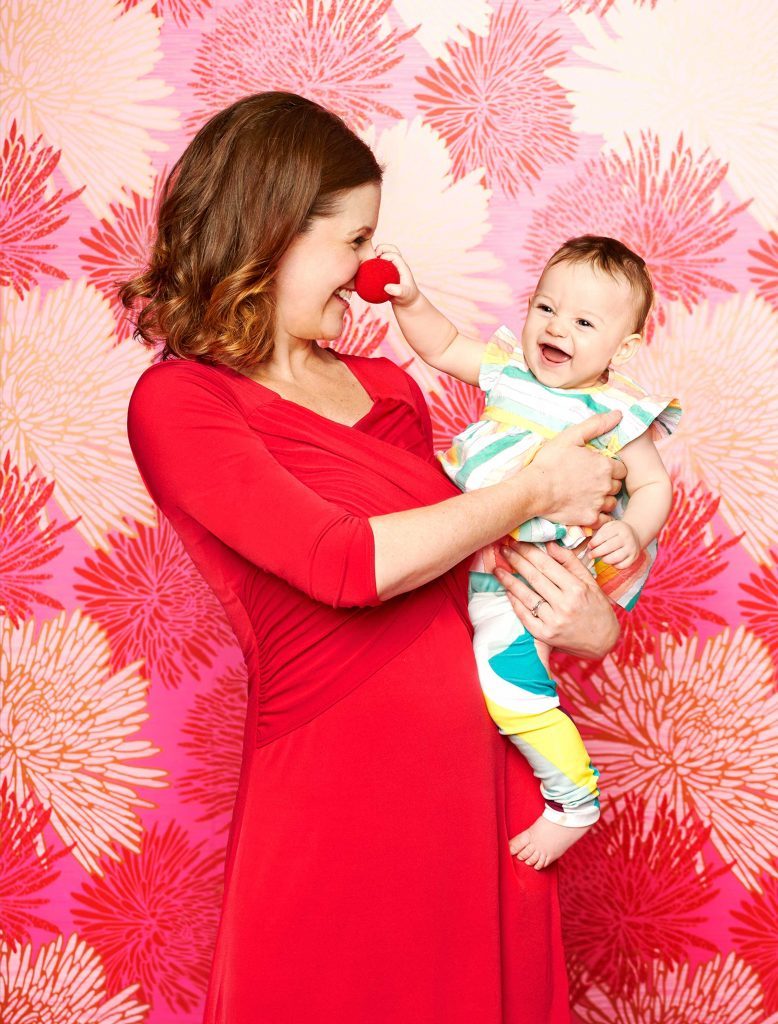 Having absorbed the birds-and-the-bees discussion, my sister’s young son asked, “Is that how we were born?”

He took it all in for a second, then, pointing to his father across the room, asked, “Where’d we get him?”

One year, the family went to the Radio City Music Hall Christmas  Spectacular. The Rockettes represented reindeer by wearing headband antlers. At the end of the show, I asked my husband, a biologist, what he thought.

“The antlers were wrong,” he said.

“What?” I asked incredulously.

“Reindeer have palmate antlers. Those were white-tailed bucks’  antlers.”

I knew he wasn’t kidding. I just couldn’t believe he hadn’t noticed anything below the antlers.

“So I understand how a baby can look like its mother,” my nine-year-old son told the school nurse. “But how can it look like its father?”
Unsure how much he knew about where babies come from, she deflected. “That’s a good question,” she said. “So who do you look like?”

Pointing to a 30-year-old picture of me, my five-year-old granddaughter said, “Grandpa, next time you get  a haircut, have them cut it like that picture.”

Problem is, I wasn’t half bald then. 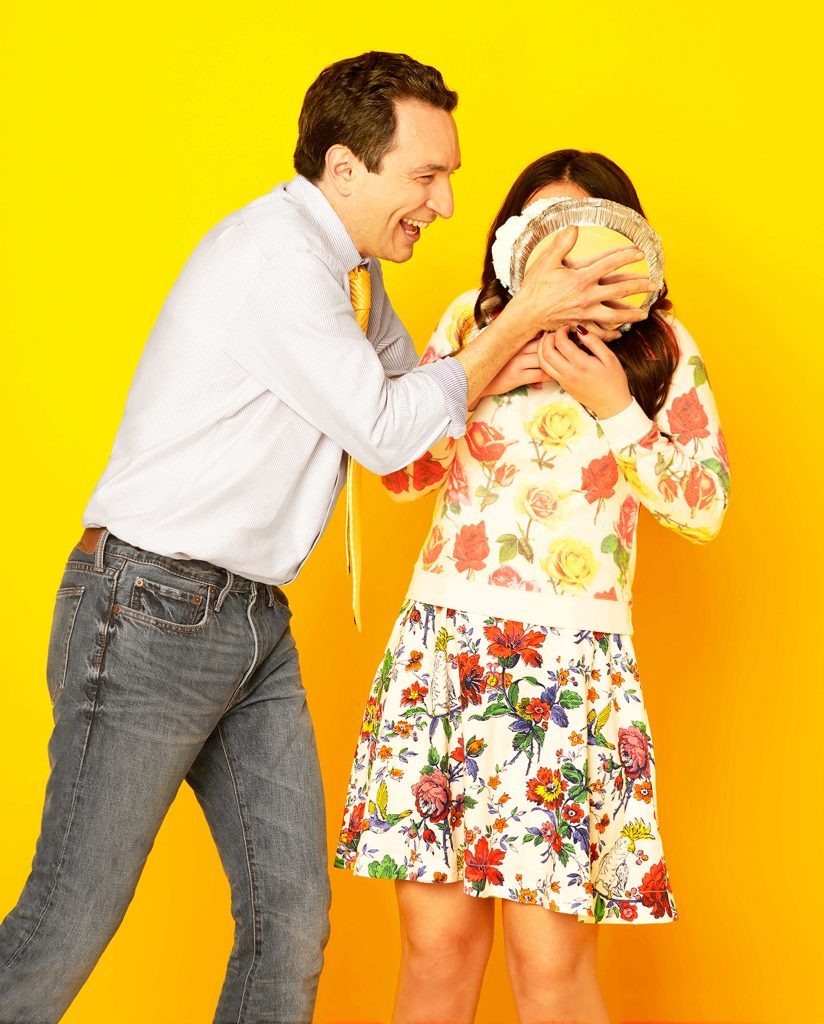 After my mother suffered a bout of serious headaches, we persuaded her to visit her doctor. While we were in his office, the doctor asked, “Have you been seeing any flashes of lights or auras?”

We were driving to dinner when my five-year-old shouted, “Guess what! I know the F-word!”

Saying to myself, “Now it starts,” I asked him what it was.

Save the Snoozing  For Class

My brother was trying to awaken his son for school one day, but the boy wouldn’t budge. “Gimme a minute,” he said. “I’m watching previews for tomorrow’s dream.”

With a Side of Argument

We were in a restaurant, perusing the menu, when I let my husband know that he rarely paid attention to me when I spoke. Well, of course he disagreed, so we went back to reading our menus in chilly silence. After a few uncomfortable minutes, I said,  “I think I’m getting a headache.”

He responded, “Go ahead, sweetheart; get whatever you want.”

Our daughter-in-law was telling her three-year-old about the brain surgery he had had when he was an infant. “Why did I have to have the operation?” he asked.

“Because you had something growing in your head,” she answered.

His next question: “Was it a flower?”

Just as I got out of the shower, my three-year-old son walked into the bathroom. As I frantically grabbed for my robe, he quickly assured me, “It’s OK, Mom; I won’t laugh.”

Mail from the bank was piling up for my daughter, who was away at college. So I called her. “Open one up and see what it is,” she said.

I unsealed an envelope. “It says your account has insufficient funds.”

“That’s got to be a mistake,” she said. “I still have plenty of checks left.”

Seven-year-old Lily is very polite. So as her grandparents, we let her know just how proud of her we were. She smiled gratefully and said, “That’s OK; I’m just trying to get through Christmas.”

Mom had a small decorative windmill in her yard. A storm broke one of the blades, causing the windmill to shake violently. Dad announced that he would “take care of it” and rebalanced the windmill by snapping off the opposing blade. Watching him, Mom remarked, “I hope  I never break a leg.” 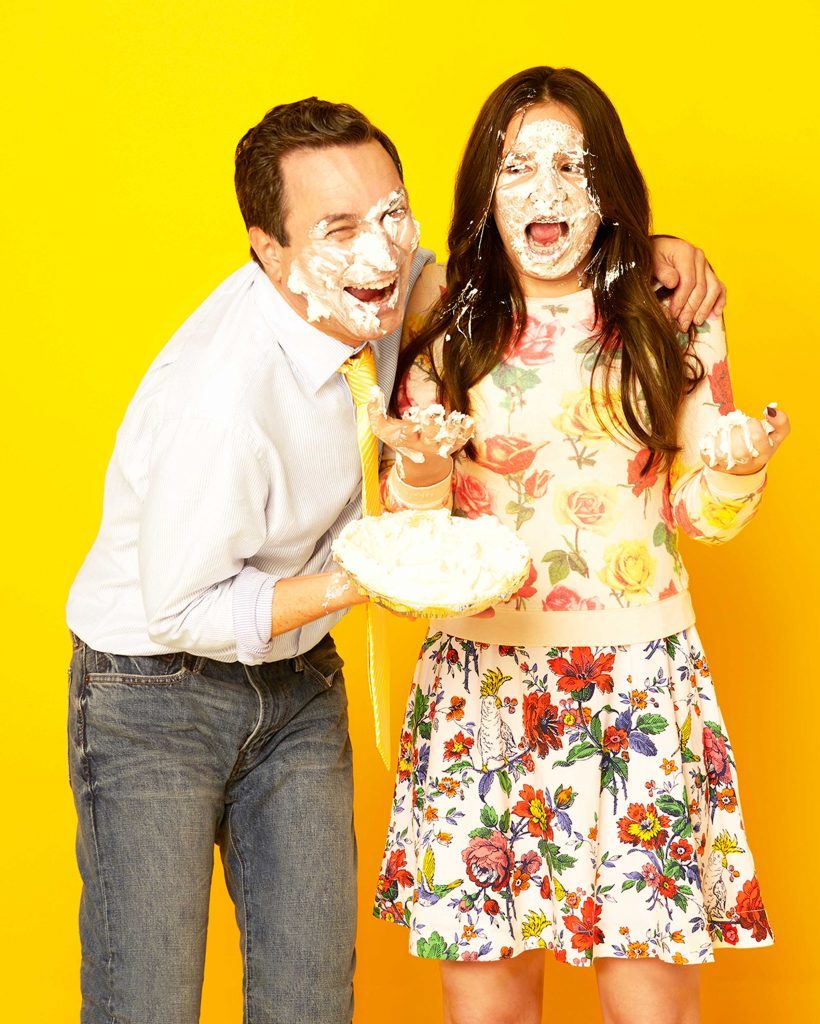 “Are you going to have a boy or girl?” my four-year-old nephew asked while staring at my pregnant stomach.

“When will you decide?”

Once, when my mother asked me  if she had any annoying habits, I  observed that she typically follows up statements with a question asking for validation. She thought a  moment and then admitted,  “I do do that. Don’t I?”

It was autumn, and the leaves were at their colorful best. My four-year-old son looked out the window and said, “Look, Mom; the trees have their pajamas on.”

My granddaughter loves my Chihuahua puppy so much, she asked, “When you die, can I have Romeo?”