What’s up, wise guy? If you want to be known as the go-to jokester in your inner cirlce (or you just want to laugh at some good jokes) you’ve come to the right place. 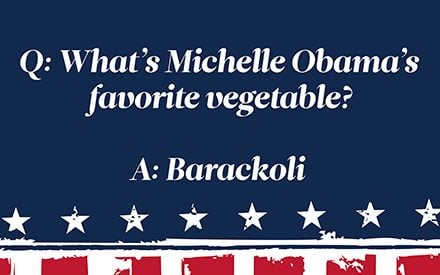 On August 11, 1984, President Ronald Reagan was conducting a sound check for a radio program. "My fellow Americans,” he said, "I'm pleased to tell you today that I've signed legislation that will outlaw Russia forever. We begin bombing in five minutes." The joke was on him: The microphone was live and the entire world heard his words. Thus began National Presidential Joke day. Here are more jokes by and about presidents.

Being president of the United States requires a sense of humor. We celebrate the former Comedian-in-Chief’s birthday (on August 4)...