6 Simple Tips for a Healthier Life

From research labs around the world, simple additions and subtractions that just might result in a healthier life

Do
Eat more fish: Women in a Swedish study who ate more than three servings of fish per week were 16 percent less likely than fish shunners to have a stroke in a ten-year period. That’s about as much stroke protection as you get from going on a statin drug.

Get help for IBS: Two weeks on the antibiotic rifaximin provided 12 weeks of relief for a significant number of people with irritable bowel syndrome—easing cramps, bloating, and diarrhea. The results are especially encouraging because current treatments for IBS often don’t work well, the researchers say.

Get booster shots: When it comes to protection against chicken pox, a second dose really helps. While a single shot protects about 85 percent of kids, adding the second prevents disease for nearly 100 percent. (Adults over age 60 can guard against a delayed pox complication by getting the shingles vaccine.)

Don’t
Eat fried fish: Yes, fish is good for you—that is, unless you fry it. A look at the habits of people in America’s “stroke belt,” which includes most southern states, suggests one reason for their increased risk: They’re 32 percent more likely than people elsewhere to eat fried fish at least twice weekly.

Eat while distracted: If you watch TV or work at the computer while eating, your waistline may suffer. In a recent study, volunteers who played a computer game as they had lunch ate twice as many cookies a short time later as people who didn’t multitask during their meal.

Turn on lights in the bedroom: A new study adds to suspicion that exposure to light at night boosts breast cancer risk. Women who slept with lights on or had light shining in from outside were up to 40 percent more likely to develop the disease than those who slept in a dark room. 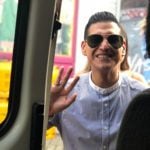 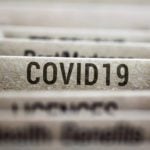 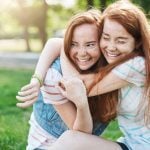