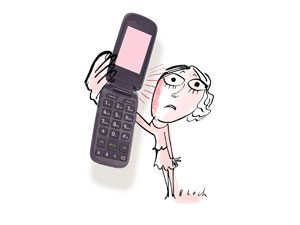 Many cell phones contain nickel, a metal that can cause allergic ­dermatitis—an itchy rash—on one side of the face and in the ear in 10 to 20 percent of the population. “Women are more likely than men to have the allergy, probably because they were sensitized when they had their ears pierced, which can introduce nickel into the bloodstream,” says Luz Fonacier, MD, head of the allergy section, division of allergy and immunology at Winthrop-University Hospital in Mineola, New York.

If you suspect you’re allergic to your phone, you can protect your skin by setting your phone to speakerphone, using an earpiece, or putting a phone cover and clear film screen on your device.