Taking a Daily Aspirin Could Be Deadly, Science Says

If you're one of the nearly 50 million American adults who takes a daily aspirin to cut your risk of heart attack and stroke, you need to know about these new findings. 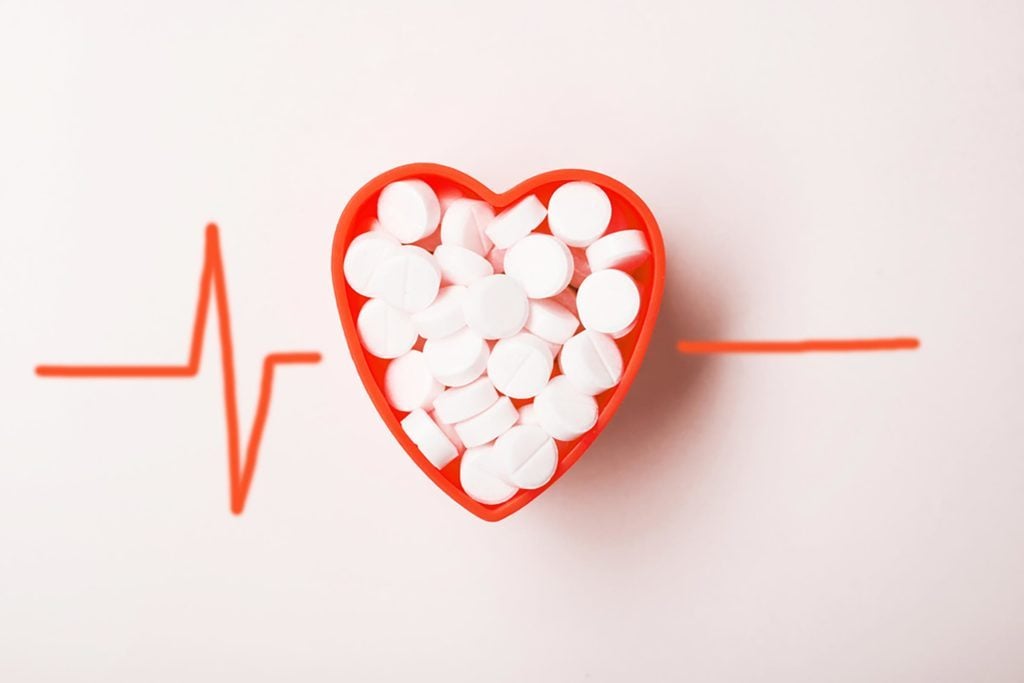 Stanislaw Mikulski/ShutterstockIf you’re at high risk of a heart attack or stroke (here’s how to know), your doc may recommend a daily low-dose of aspirin to prevent the blood clots that can trigger trouble. Now it looks like people 75 and older may want to talk to their doctors about the safest way to follow this advice: A new Oxford University study published in the Lancet reveals low-dose aspirin dangerously raises their risk of internal bleeding.

Some 48 million American adults report being on low-dose or baby aspirin for its blood-thinning capabilities. While experts have long long known that daily aspirin carries a risk of internal bleeding—in particular, upper gastrointestinal bleeding—the risk was small enough that the government medical experts felt the heart benefits outweighed any risk—at least for younger people. But what about older folks?

Of the 3,166 patients included in the Oxford study, half were 75 and older. The researchers turned up 405 cases of bleeding, and most were gastrointestinal. Disturbingly, the risk of dangerous bleeding jumped sharply with age—and the bleeds were often disabling or fatal. However, one subgroup of 75-and-older patients gained protection from the bleeds due to a prescription heartburn medication known as proton-pump inhibitor (PPI): Being on a PPI cut the risk of upper gastrointestinal bleeds by 70 to 90 percent. As a result, the researchers stress that older patients should continue taking aspirin for protection, but they should also talk to their physician about taking PPI such as omeprazole as well.

“In people under 75, the benefits of taking aspirin for secondary prevention after a heart attack or stroke clearly outweigh the relatively small risk of bleeding,” study author Peter Rothwell, MD, PhD, director of the Centre for Prevention of Stroke and Dementia at Oxford University, told Newsweek. “In the over-75s, the risk of a serious bleed is higher, but the key point is that this risk is substantially preventable by taking proton pump inhibitors alongside aspirin.”