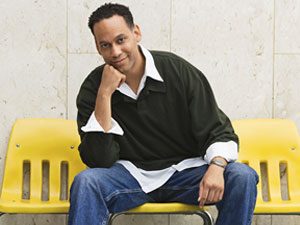 Ken Chernus/Getty Images
What you’ve always heard:
Prostate cancer screening saves lives. Doctors and cancer advocates have suggested for decades that men over 50 and those with a family history of prostate cancer have their levels of prostate-specific antigen (PSA), a protein in the blood produced by the prostate, checked regularly. A PSA of more than four is generally considered one of the few early signs of prostate cancer, a disease that killed more than 32,000 American men in 2010. More than 240,000 men were diagnosed with prostate cancer last year.

But wait…
Does the test do more harm than good? According to the American Cancer Society, only one in four men with a PSA between four and ten actually has prostate cancer — the rest are false positives. And because the disease grows slowly in most cases, very few occurrences of prostate cancer are life-threatening. In fact, less than three percent of all men will die of the disease. Worse, the treatment for prostate cancer can cause serious side effects such as impotence and incontinence.

The headlines now:
Healthy men don’t need to be screened. In October, the U.S. Preventive Services Task Force, a panel of health-care experts that advises many medical associations, concluded that the overdiagnosis and overtreatment that result from PSA screening outweigh the benefits. The panel cited a 2009 European study of 182,000 men that concluded that more than 1,400 men would have to be regularly screened — and set on a path toward possible biopsies, surgeries, and anxiety as a result — to prevent a single prostate cancer death. A similar 2009 study that followed nearly 77,000 American men for seven to ten years found no evidence that screening saves lives.

So what should you do?
Some doctors order the PSA test during routine physicals without a patient’s knowledge. Tell your doctor you would like to talk about the pros and cons of prostate cancer screening — before he or she draws blood.

If You Don’t Eat a Banana Every Day, This Might Convince You to Start