I Lost 120 Pounds—Without Giving Up Pizza

This pizza store manager tried and failed to lose weight several times. It wasn't until he began tracking his calories that he found success—and a way to still eat pizza. 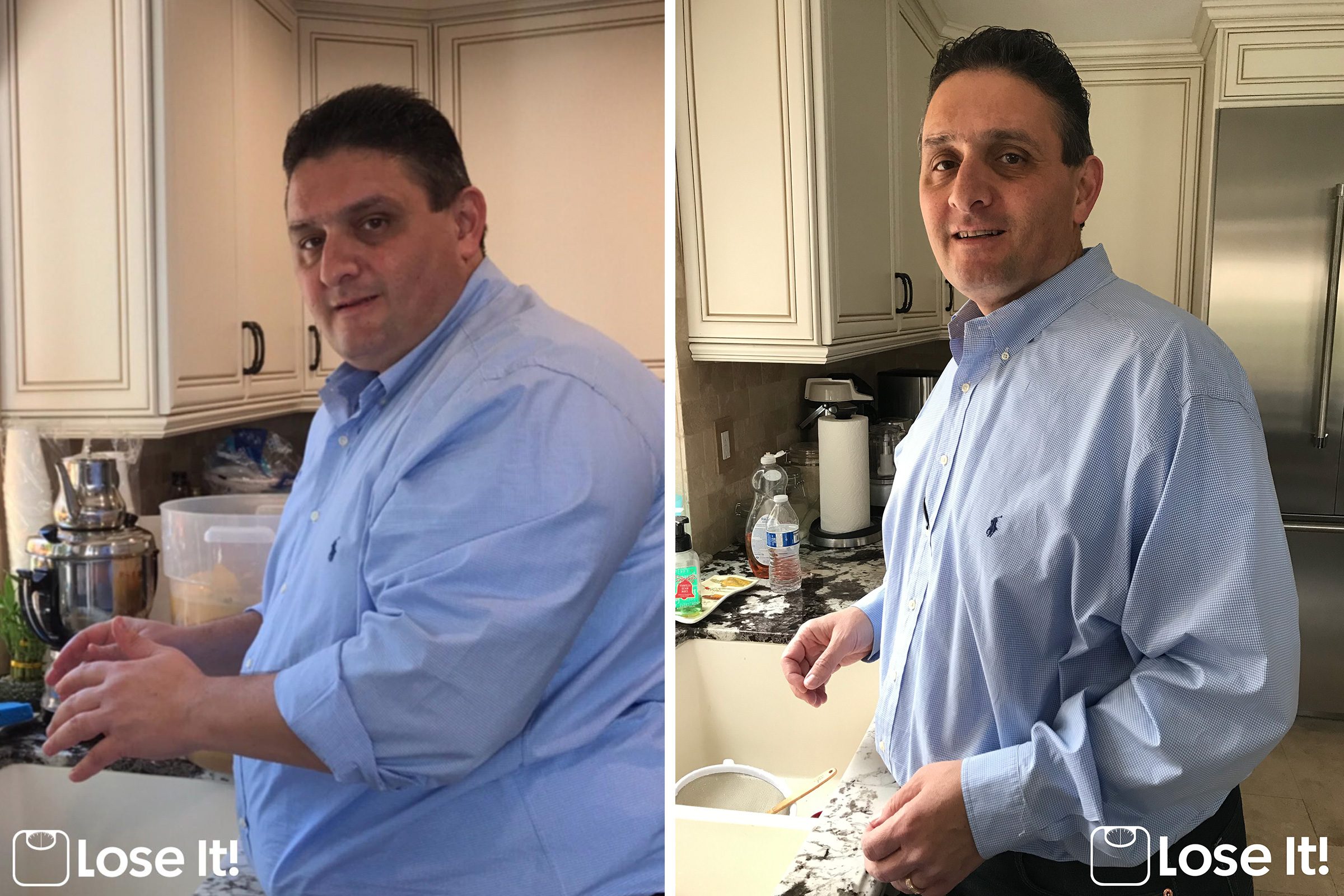 Hovig Ayvazian says he first noticed that he was packing on pounds when the little tasks of life left him out of breath. Things like putting his socks on—and having to hold his breath to reach his feet—let him know that his weight gain was getting to be unhealthy. But then he came up with a plan that still allowed him to eat his favorite food—and shed 100-plus pounds.

Ayvazian is a 50-year-old Domino’s Pizza franchise vice president, and he tells Reader’s Digest, “I used to be very active in sports, but life and work stresses eventually took over. The inactivity began to add up. At first, it was five pounds a year, and then ten. It was a gradual thing until I knew I had to do something.”

After a couple of unsuccessful attempts at losing the weight, Ayvazian was beginning to lose hope. “My health was borderline. When they did blood tests, all of them came back on the edge of being unhealthy. I just finally thought to myself, if I want to see my kids’ future, something has to change. I have to do this before it gets worse. Enough is enough.” If the pounds are beginning to add up for you, check out the 15 best diets to help you lose the weight.

When a coworker mentioned that she had lost weight using Lose It!, an app that allows users to track calories, nutrition, and set weight loss goals, Ayvazian was intrigued. Once he learned how it worked he was sold. “I’m a numbers guy and I’m competitive. I loved being able to compete with myself to meet the goals I set. I also began to see the nutritional value of the food I was eating, and that helped me make better decisions.” Everyone finds their inspiration in different ways—check out these weight-loss motivation mantras from people who have slimmed down.

Ayvazian’s ultimate goal was to lose 160 pounds—but he knew better than to make that his first goal. “I set the first goal at 47 pounds. I wanted to set a small, achievable goal that wasn’t overwhelming. When I met that one, I set another 30-pound goal, and I just kept setting new ones from there.” Ayvazian says his love of pizza (Domino’s Brooklyn Style and Philly Cheese Steak pizzas are his favorites) and the fact that he didn’t have to give it up to see results has kept him motivated. “I plan cheat days or cheat meals every ten days or so. It keeps me going because if I know one is coming up, then it’s easier to turn down tempting foods in front of me.”

He’s lost 120 pounds so far and has changed his diet up along the way. Ayvazian says that after cutting calories helped him lose the first several pounds, he began incorporating more protein into his diet (Domino’s chicken wings are one of his favorite go-to snacks); eventually, he switched entirely to the keto diet. The move to following the high-protein keto plan helped him push through a weight-loss plateau, and he credits it with helping him lose the last 20 pounds. “I’m excited about my next doctor’s appointment. I’ve gone off of my blood pressure medication and my insulin levels are normal again. My resting heart rate is better and I’m sleeping really well.” He says he’s playing soccer and basketball again. “When you’re big, you avoid things like sports because they’re hard to do, but now I don’t even have to think about it.” The keto diet has many benefits—and some drawbacks—here’s what you need to know about this controversial diet.

Today, he says he stays focused on getting back on track when, for example, the inevitable cheat day turns into a cheat week. “For me, it’s important to even log the embarrassing days, the bad days, because that’s life. It’s self-accountability and bouncing back that works. You can’t beat yourself up for going off track. Just log what happened, and then reset.”