5 Weight-Loss Tricks From “The Doctors”

The Physicians of The Doctors

These quick and easy tricks will have you losing weight without even trying!

Eat a bigger breakfast than dinner

One group of obese women consumed 700 calories at breakfast, 500 at lunch, and 200 at dinner. Another group ate the same foods but had 200 calories in the a.m. and 700 at night. After 13 months, the big-breakfast eaters shed 18 pounds, while the big-dinner eaters lost only about seven. 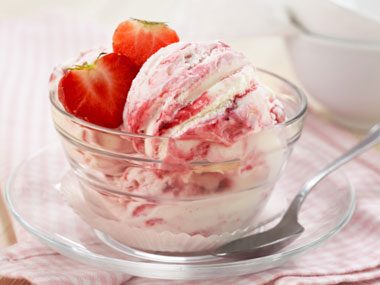 In a classic Cornell study, nutrition experts served themselves 31 percent more ice cream in a 34-ounce bowl than they did in a 17-ounce bowl without realizing that they had done so.

People ate 30 percent less candy when they had to unwrap it first, a Swiss study found. Peeling off the wrapper requires effort, which can make noshers eat less.

Stop mindless munching at the movies

People who usually eat popcorn were more likely to snack even when it was stale, research found, while those who don’t normally nosh on popcorn at the movies ate less when it didn’t taste fresh. Take time to notice how food tastes.

Start at the healthy end of the breakfast buffet

Eighty-six percent of diners piled their plates with fruit when they saw it first, but only 54 percent chose fruit when they began with high-calorie fare like cheesy eggs and bacon.