Which Food Safety Fears Should You Worry About?

Expert advice explains when you should be concerned about what you put in your mouth.

• YOU MAY HAVE HEARD: Unwashed bagged greens aren’t safe

U.S. companies recalled bagged salad greens at least eight times in 2012, usually because of contamination from listeria bacteria (luckily, there were no reported illnesses).

But washing bagged greens that say washed on the label doesn’t help … and may hurt. “Once disease-causing bacteria become attached to leafy greens, it’s difficult to remove them by rinsing with water,” says Food and Drug Administration produce-safety expert Michelle Smith.

“The greater likelihood is that you’ll make a safe product unsafe because of cross-contamination with bacteria from your fingers, cutting boards, countertops, or the sink,” adds Smith. Do watch out for spoilage, though—produce is more susceptible to pathogens when its surface starts breaking down.

THE BOTTOM LINE: Don’t rewash bagged, prewashed greens. As for spoilage, “I would look carefully at the leaves at the top of the bag as I pull them out,” says Smith. “If they are starting to spoil, I would discard the entire bag. If the bulk of the lettuce appears sound and there are a few spoiled leaves at the bottom of the bag, I might use what’s at the top and discard the slimy leaves and any leaves they may have touched.”

• YOU MAY HAVE HEARD: Arsenic in rice can cause cancer

We Americans ingest an average of 25 pounds of rice a year—and a portion of that comes from drinking beer. Yes, rice is a staple in our diet. But is it a safe one? Consumer Reports recently found “troubling” levels of inorganic arsenic, a known human carcinogen, in almost every rice-containing food it tested. This poisonous element is in a wide range of foods—including fruits, vege­tables, and grains. But rice takes up arsenic from soil and water more readily than other grains do.

Health-conscious consumers rely on brown rice, which has even more arsenic. In the Consumer Reports tests, a quarter cup of uncooked white rice had from roughly 1 to 7 micrograms of inorganic arsenic, while brown rice had from 4 to 10 micrograms. Why the difference? Brown rice tends to have more arsenic because the metal concentrates in the outer layers, which are burnished off in white rice.

What about rice cakes? They contained from 2 to 8 micrograms per serving, while hot and ready-to-eat rice cereals had 2 to 7 micrograms. These levels are at least five times higher than those found in other cereals, such as oatmeal.

Americans are exposed to much lower levels. (The U.S. Environmental Protection Agency limits the total amount of arsenic in drinking water to 10 micrograms per liter.) But our total risk is unclear. There isn’t enough data to set a limit on inorganic arsenic in food, says the Institute of Medicine of the National Academy of Sciences.

THE BOTTOM LINE: Until more studies are done, curb your consumption of arsenic. The less you ingest, the better. Consumer Reports recommends that adults eat no more than 1½ to 2 cups of cooked (brown or white) rice a week. And here’s a way to lessen risk: Rinse your rice, cook it in six parts water to one part rice until it reaches eating texture, and then pour off the extra water. This can remove about half the arsenic.

• YOU MAY HAVE HEARD: Farmed salmon can be contaminated

“We found that farmed salmon contained seven to ten times higher levels of PCBs, dioxins, and pesticides than wild salmon did,” said David Carpenter of the State University of New York at Albany about ten years ago, after he and his colleagues analyzed 700 farmed and wild salmon samples that had been bought in 2002. Farmed salmon absorb PCBs and other industrial chemicals from the fish meal and fish oil they’re fed.

Are the salmon cleaner now? No one has tested enough fish to know. “I’m not aware of other studies that have systematically analyzed farmed salmon for contaminants since our work,” says Carpenter, who is now director of his university’s Institute for Health and the Environment.

THE BOTTOM LINE: Until more studies are done, err on the side of caution, and don’t eat farmed salmon more than once a month. Buy wild salmon (even the canned kind) whenever possible.

• YOU MAY HAVE HEARD: Meat glue is dangerous

If you’ve attended a wedding reception or conference where every piece of beef looked exactly the same, you’ve probably ingested one of two enzymes that some call meat glue.

Transglutaminase, which is produced by bacteria, and beef fibrin, which is extracted from cow’s blood, can seamlessly bind pieces of meat to make a bunch of small bits look like steak. The enzymes themselves are harmless. What’s dicey is the fate of any disease-causing bacteria that might be on the outside of meat that ends up “glued” on the inside.

Normally, bacteria on the surface of steaks and roasts are killed when the meat is seared, roasted, or grilled. “But using meat glue can move that surface inside, where it might not be cooked thoroughly enough to kill bacteria,” says Sarah Klein, an attorney and food-safety advocate at the Center for Science in the Public Interest.

You’re most likely to find transglutaminase and beef fibrin in food served at events like conferences and weddings. You probably won’t run into them at the supermarket.

THE BOTTOM LINE: Meat glue may raise food-poisoning risk. Klein’s advice: “If you’re eating at a wedding, conference, or other function, it’s safest to order your beef medium or well-done.”

• YOU MAY HAVE HEARD: Nonstick cookware fumes are toxic

You may have heard that your nonstick cookware heats up a hazard to your health. The villain: PFOA, a compound that the Environmental Protection Agency is studying as a suspected human carcinogen. Some companies use PFOA to help their nonstick coatings spread evenly over the cookware. Most of the substance is burned off before the cookware leaves the factory.

With funding from Consumers Union, Kurunthachalam Kannan of the New York State Department of Health and his coworkers found that new nonstick cookware heated to a range of 356°F to 444°F did emit PFOA, both into the air and into water being heated in the cookware. But the amounts were “very little,” varied dramatically from brand to brand, and declined with each use of some brands. (The study didn’t name any of the brands tested.)

“The highest level was around 100 times lower than what published animal studies suggest are levels of concern,” concluded consumerreports.org.

Some people also worry that nonstick coatings, when heated, can break down and release toxic particles and fumes. That occurs only when the cookware is heated to more than 500°F.

THE BOTTOM LINE: There’s no need to throw out your nonstick cookware. Just keep the burner within the manufacturer’s limits.

• YOU MAY HAVE HEARD: Raw bean sprouts can make you sick

Data suggest that among produce, undercooked sprouts are a common cause of foodborne illness. “There have been at least 35 outbreaks from contaminated sprouts since the mid-1990s,” says Smith. The primary culprits: salmonella and E. coli. The only way to kill any bacteria that may be present is to thoroughly cook the sprouts, say, by stir-frying or boiling.

THE BOTTOM LINE: If you eat sprouts, make sure they’re thoroughly cooked, not tossed in right before eating. 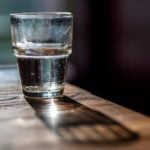 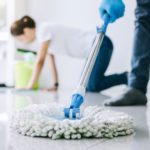 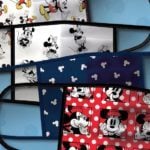