Our funny one-liner jokes are short, sweet and make you laugh. 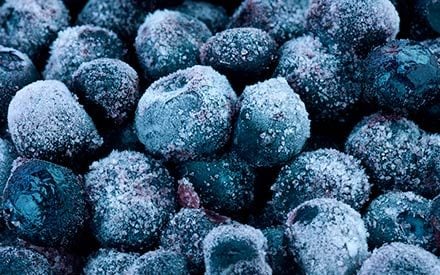 16 Foods You Shouldn’t Put in the Blender

Here’s How Telemarketers Keep Getting Your Number

11 Secrets of People Who Always Have an Organized Fridge

8 Things to Never Store on Your Smartphone

12 Airports That Are Also Overlooked Landmarks

15 Word Puzzles That Will Leave You Stumped

"He looked as if he had been poured into his clothes and had forgotten to say 'when.' "

"She had a penetrating sort of laugh. Rather like a train going into a tunnel."

Q: Where does a one-armed man shop?

A: At a secondhand store.

Q: Where does a one-armed man shop?

A: At a secondhand store.

Q: Where does a king keep his armies?

A: In his sleevies!

Q: Where does a king keep his armies?

A: In his sleevies!

Q. What did the Zero say to the Eight?

Q. What did the Zero say to the Eight?

Someone told him to get a long little doggy.
Why did the cowboy buy a dachshund?

Someone told him to get a long little doggy.
What do you call a rap star who has studied classical music?

Yo Yo Ma Ma.
What do you call a rap star who has studied classical music?

WE CAN FIX ANYTHING. (Please knock on the door—the bell doesn't work.)
Seen on the door of a repair shop:

WE CAN FIX ANYTHING. (Please knock on the door—the bell doesn't work.)

The Funniest Amazon Reviews of All Time

A New Set of Shopping Tips in the Pandemic

Caring for Neighbors Makes Yardley the Nicest Place in Pennsylvania

Scroll For More >>
Check out our collection of some of the funniest jokes ever! These short, laugh out loud jokes are some of the best that the Reader's Digest editors sample each month while reading through the thousands of new joke submissions that come piling in. Doctor, Doctor Two doctors and an HMO manager die and line up together at the Pearly Gates. One doctor steps forward and tells St. Peter, "As a pediatric surgeon, I saved hundreds of children." St. Peter lets him enter. The next doctor says, "As a psychiatrist, I helped thousands of people live better lives." St. Peter tells him to go ahead. The last man says, "I was an HMO manager. I got countless families cost-effective health care." St. Peter replies, "You may enter. But," he adds, "you can only stay for three days. After that, you can go to hell." Timing Is Everything A guy shows up late for work. The boss yells, "You should've been here at 8:30!" The guy replies, "Why? What happened at 8:30?" "Martin Levine, owner of a movie theater chain in New York City, has passed away at age 65," the newspaper obit read. "The funeral will be held on Thursday at 2:10, 4:20, 6:30, 8:40 and 10:50." —Merrill Markoe, Late Night With David Letterman, The Book (Villard) What's in a Name? A young man called directory assistance. "Hello, operator, I would like the telephone number for Mary Jones in Phoenix, Arizona." "There are multiple listings for Mary Jones in Phoenix," the operator replied. "Do you have a street name?" The young man hesitated, and then said, "Well, most people call me Ice Man." Quacking Up A duck walks into a drugstore and asks for a tube of ChapStick. The cashier says to the duck, "That'll be $1.49." The duck replies, "Put it on my bill!" Who's Counting? How many Deadheads does it take to change a light bulb? 12,001. That's one to change it, 2,000 to record the event and take pictures, and 10,000 to follow it around until it burns out. Explosively Funny Joe and Dave are hunting when Dave keels over. Frantic, Joe dials 911 on his cell phone and blurts, "My friend just dropped dead! What should I do?" A soothing voice at the other end says, "Don't worry, I can help. First, let's make sure he's really dead." After a brief silence, the operator hears a shot. Then Joe comes back to the phone. "Okay," he says nervously to the operator. "What do I do next?" After a long career of being blasted into a net, the human cannonball was tired. He told the circus owner he was going to retire. "But you can't!" protested the boss. "Where am I going to find another man of your caliber?" Say a Little Prayer Squirrels had overrun three churches in town. After much prayer, the elders of the first church determined that the animals were predestined to be there. Who were they to interfere with God's will? they reasoned. Soon, the squirrels multiplied. The elders of the second church, deciding that they could not harm any of God's creatures, humanely trapped the squirrels and set them free outside of town. Three days later, the squirrels were back. It was only the third church that succeeded in keeping the pests away. The elders baptized the squirrels and registered them as members of the church. Now they only see them on Christmas and Easter. A bear walks into a bar and says, "I'd like a beer ............ and some of those peanuts." The bartender says, "Sure, but why the big paws?" A grasshopper hops into a bar. The bartender says, "You're quite a celebrity around here. We've even got a drink named after you." The grasshopper says, "You've got a drink named Steve?" A guy walks into a bar and there's a horse serving drinks. The horse asks, "What are you staring at? Haven't you ever seen a horse tending bar before?" The guy says, "It's not that. I just never thought the parrot would sell the place." Playing With Our Words My wife was in labor with our first child. Things were going pretty well when suddenly she began to shout, "Shouldn't, couldn't, wouldn't, didn't, can't!" "Doctor, what's wrong with my wife?" "Nothing. She's just having contractions." A panda walks into a bar, sits down and orders a sandwich. He eats, pulls out a gun and shoots the waiter dead. As the panda stands up to go, the bartender shouts, "Hey! Where are you going? You just shot my waiter and you didn't pay for the food." The panda yells back, "Hey, man, I'm a panda. Look it up!" The bartender opens his dictionary to panda: "A tree-climbing mammal of Asian origin, characterized by distinct black and white coloring. Eats shoots and leaves." Fore! The 16th tee featured a fairway that ran along a road. The first golfer in a foursome teed off and hooked the ball. It soared over the fence and bounced onto the street, where it hit the tire of a moving bus and ricocheted back onto the fairway. As they all stood in amazement, one of the golfer's friends asked, "How did you do that?" The golfer shrugged. "You have to know the bus schedule." Not Fade Away
Laugh more, live longer with the funniest jokes ever.
« Previous Page 1 … 5 6 7