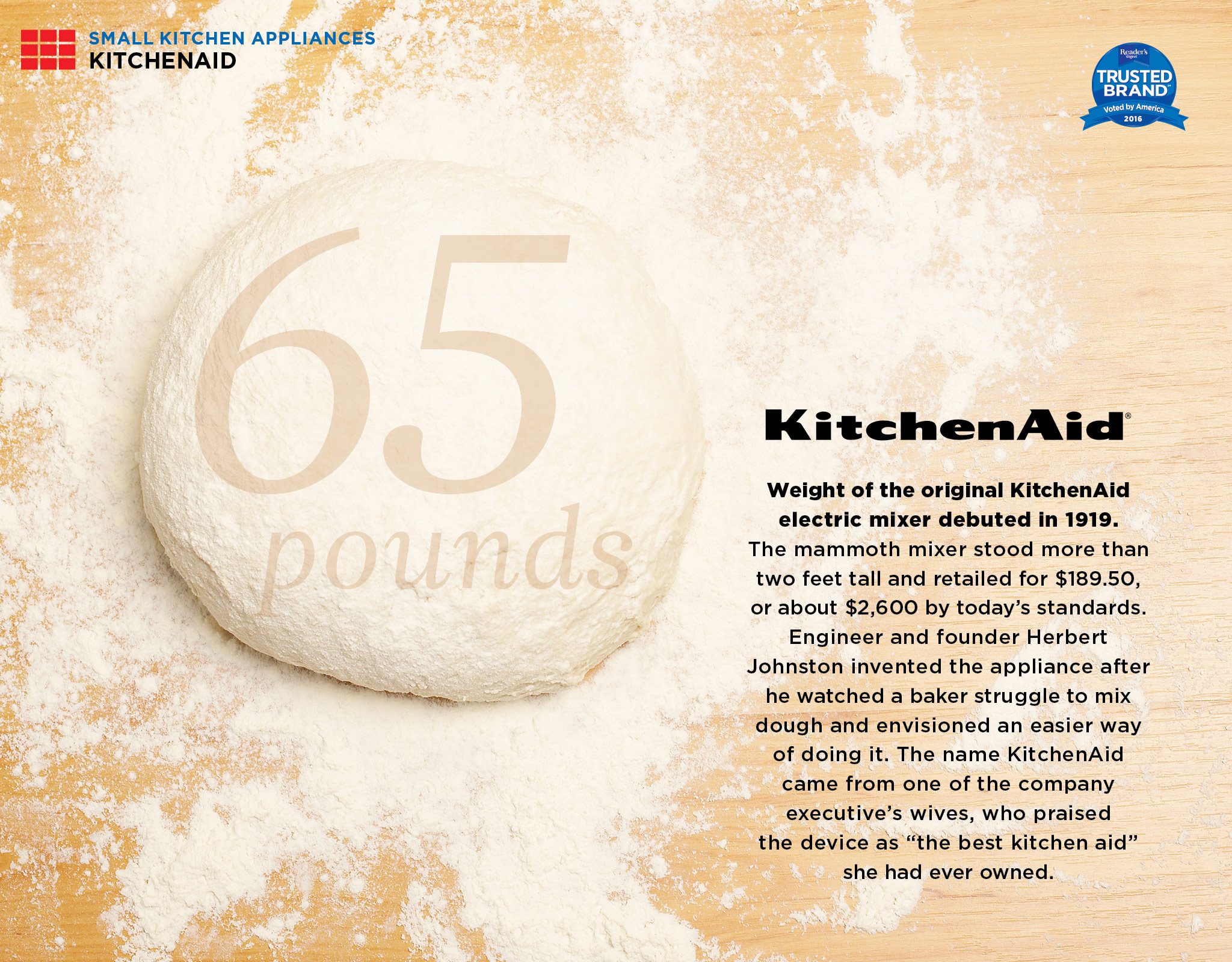 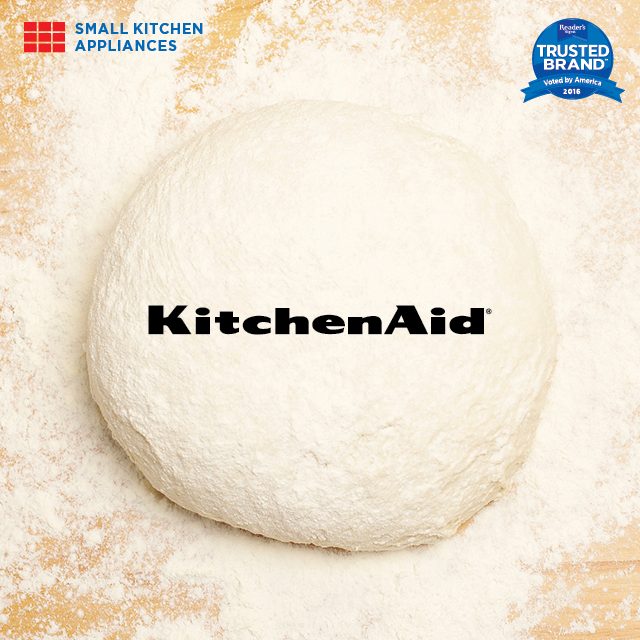 65 pounds: Weight of the original KitchenAid electric mixer debuted in 1919. The mammoth mixer stood more than two feet tall and retailed for $189.50, or about $2,600 by today’s standards. Engineer and founder Herbert Johnston invented the appliance after he watched a baker struggle to mix dough and envisioned an easier way of doing it. The name KitchenAid came from one of the company executive’s wives, who praised the device as “the best kitchen aid” she had ever owned.