Snack on these fun facts and tasty trivia about classic American food characters and mascots. 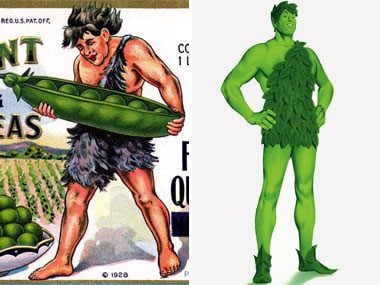 The idea of a green giant originally referred to a large variety of pea; everyone’s favorite Green Man was first introduced by the Minnesota Valley Canning Company in 1928. Today, a 55 foot tall statue of the Jolly guy looks over the town of Blue Earth, Minnesota. 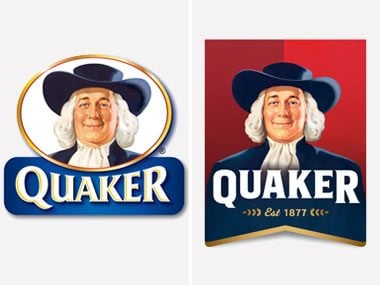 Larry, that emblem of healthy whole grain living, has had numerous makeovers throughout his 135-year life. In his newest 21st century iteration the wholesome Quaker has lost a little weight and now stands out against a red background. 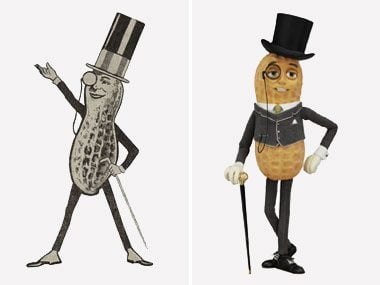 Mr. Peanut was invented courtesy of a 14-year-old boy: In 1916, the Planter’s Peanuts company held a contest to create a company logo, and Antonio Gentile submitted his drawing of a dandy gentleman Peanut Man named Bartholomew Richard Fitzgerald-Smythe. The top hat, monocle, and cane were added later. Recently, the company debated adding more accessories like cuff-links, but public opinion kept Mr. Peanut in his familiar uniform. 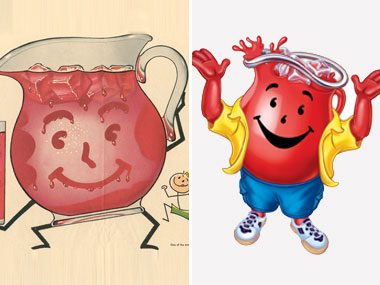 Kool-Aid was invented in Hastings, Nebraska in 1927 when Edwin Perkins realized he could concentrate a flavored drink mix and therefore ship it much more cheaply and easily. The iconic Kool-Aid Man wasn’t introduced until General Foods acquired the company in the 1950s. Today, Kool-Aid Man–known for bursting into houses to provide drinks for happy children—has been featured everywhere from the Museum of Modern Art to comic books and video games.

The iconic giggler actually has a name besides Doughboy: he’s officially Poppin’ Fresh. The character was created by an advertising firm in the 1960s, and has been featured in commercials, unchanged, almost continuously since then.The biggest switch was when Doughboy’s exclamation changed from a giggle to a “Woo-hoo!” But as technology marches on, do does Doughboy: today, you can even create your own dance for the Doughboy—and then send it to your friends in an e-card. 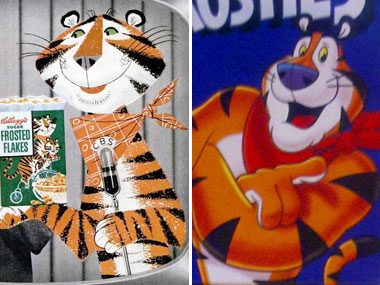 Since 1951, this festive beast has been roaring “They’re Grrrrrreat!” when handed a bowl of Frosted Flakes. The tiger was a winning entry, by Eugene Kolkey, to design a mascot for a new breakfast cereal. In a public voting contest, Tony beat out Katy the Kangaroo, Elmo the Elephant, and Gnu the Newt for the job. 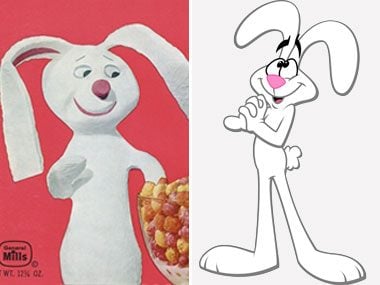 The happy rabbit debuted in a 1959 television commercial and seemed doomed to never eat the colorful cereal. But in 1976 and 1990 Trix held a voting campaign, and the nation’s children overwhelmingly voted to “Let the Rabbit Eat Trix.” 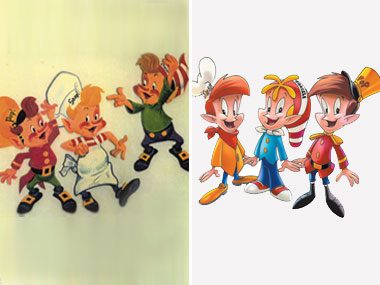 This trio of elves was inspired by a 1930’s radio advertisement for Rice Krispies. “Have you ever heard your food talk?” asked the announcer. Snap, Crackle, and Pop were the words your bowl could speak. After the success of the ad, an artist drew the characters and they’ve had visual representation ever since. In the 1950s a fourth elf, Pow, temporarily joined the three, and the elves were gussied up in super hero form during the 1990s, but have since returned to their classic elf outfits.