14 Places That Will Pay You to Move There

Pack your bags! These towns offer a lot more than good schools and friendly neighbors. 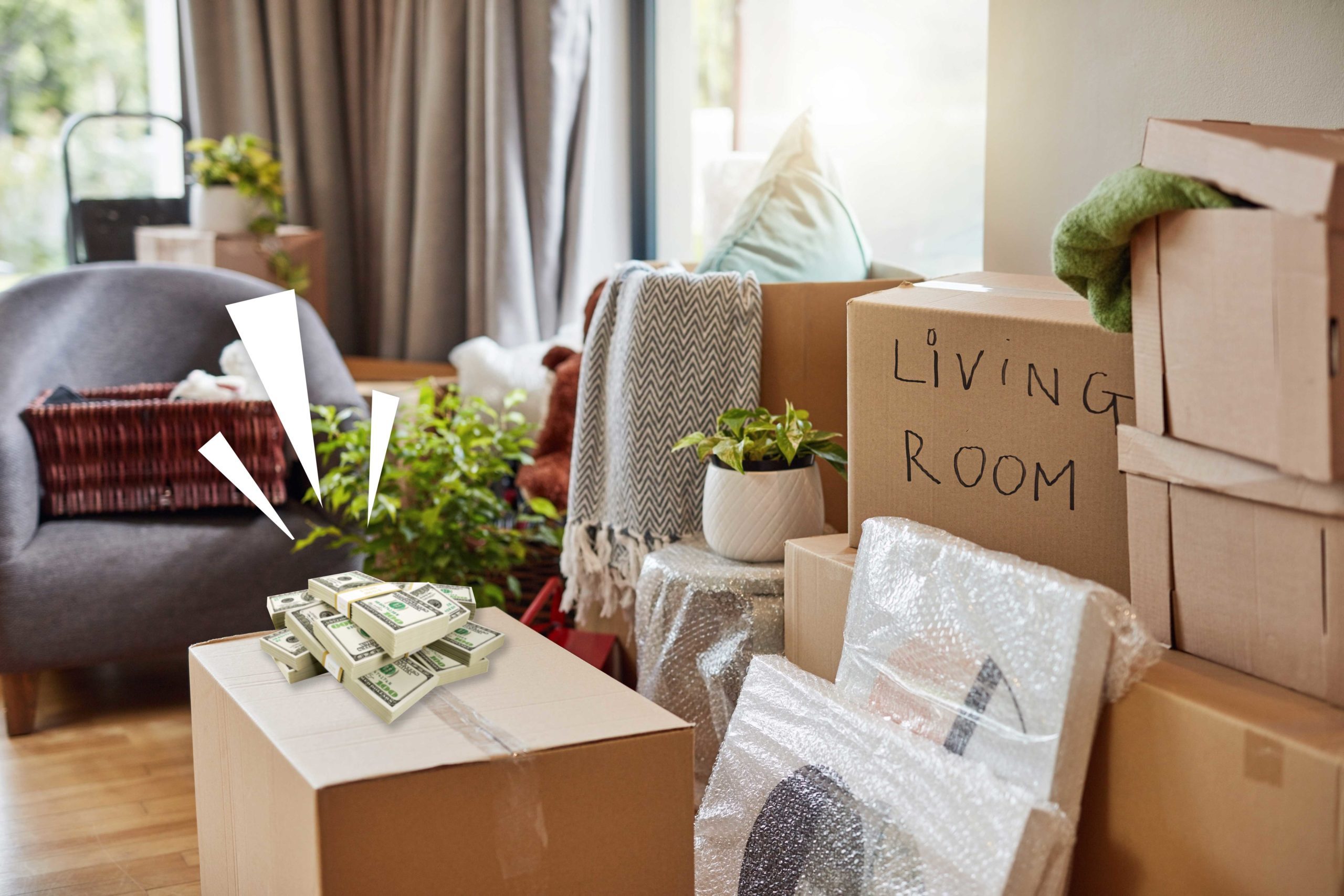 How’s this for an incentive to relocate?

Massachusetts lawmakers have been debating some unusual legislation, which, if passed, will put Massachusetts in a burgeoning group of states that are so hungry for new residents, they’re willing to put up cash money to sweeten the deal. In the case of Massachusetts, that could mean $10,000 per relocation. While there’s nothing new about offering financial incentives to “settlers,” what’s unusual here is the timing. Autumn is known equally for its falling leaves and its falling housing market. But this fall, we’re seeing a significant uptick in residential relocations, as compared with the same period last year, according to a new survey by United Van Lines (UVL), the country’s largest residential mover.

Even if downward-trending interest rates are a factor, the survey indicates COVID-19 may be an even bigger factor, with people concerned about the health and well-being of their family and looking for a lifestyle change. For example, homeowners have been fleeing former COVID hot spot New York, which is the state with the highest “move-out rate” in UVL’s survey. Conversely, Connecticut, which has social-distanced its way to one of the lowest COVID infection rates in the nation, is among the top three states where people are relocating. In fact, that may be why Connecticut appears to have terminated some of the financial incentives it had been offering in the past to get people to move there.

Of course, lots of other places have actually stepped up their game when it comes to enticing those who are open to relocating. Let’s have a look at some of the offers currently on the table. If you’re seriously considering a move, you should also take a look at the small towns that are about to become more popular. 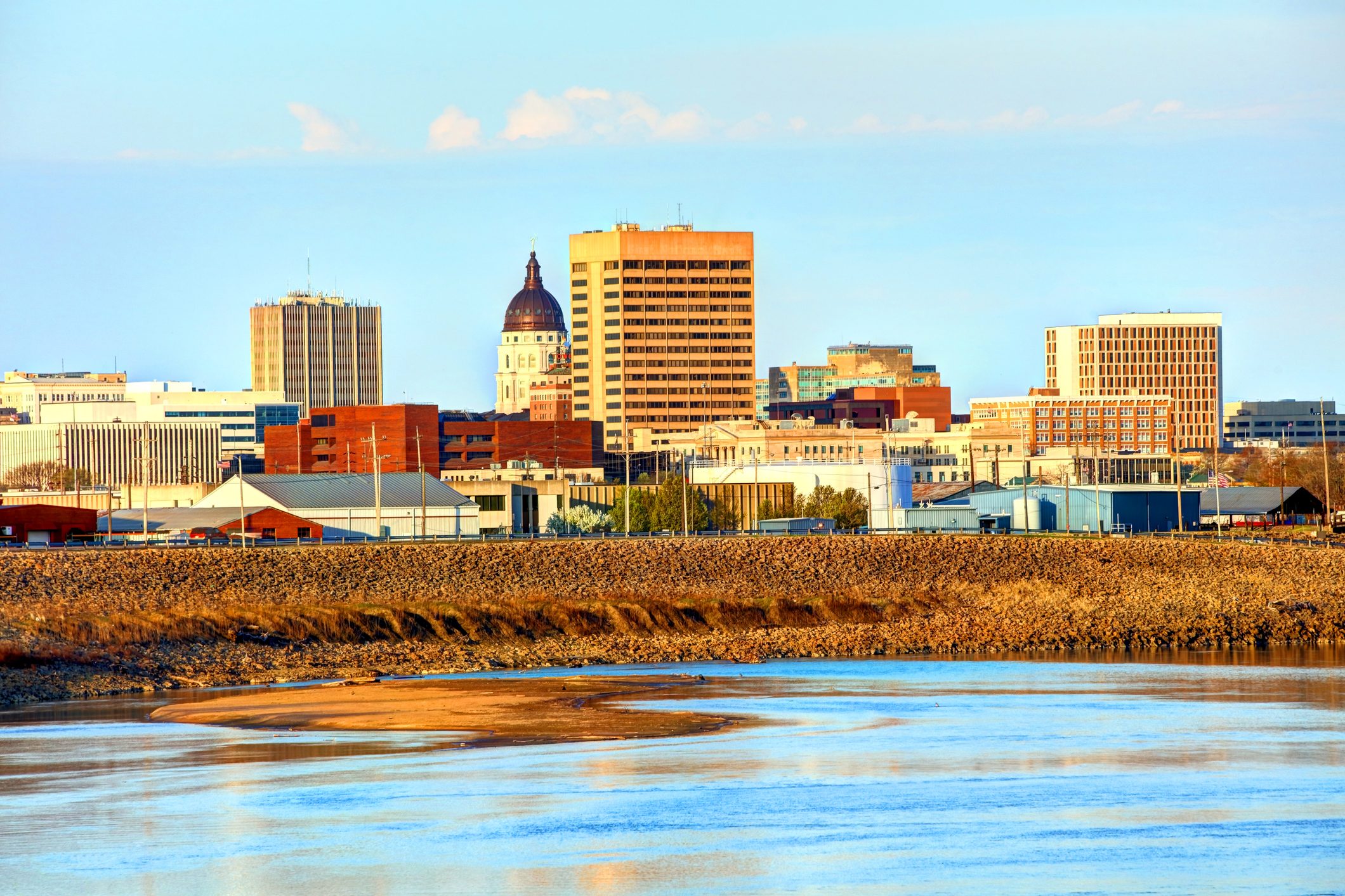 If the only thing that was holding you back from moving to Topeka was your commute to your office in Trenton, New Jersey, we’ve got some good news for you. Choose Topeka is offering $10,000 to anyone working remotely for a company based outside Shawnee County who relocates to Topeka or anywhere in Shawnee County. Relocation, in this case, means buying a home or, if you’re not quite ready for that commitment, renting for at least a year (in which case your incentive is capped at $5,000). In the past, Topeka has offered other financial incentives for people relocating there. This offer is meant to address the fact that many people are now working remotely as a result of COVID-19. By the way, here’s how much money you’re saving by working from home. 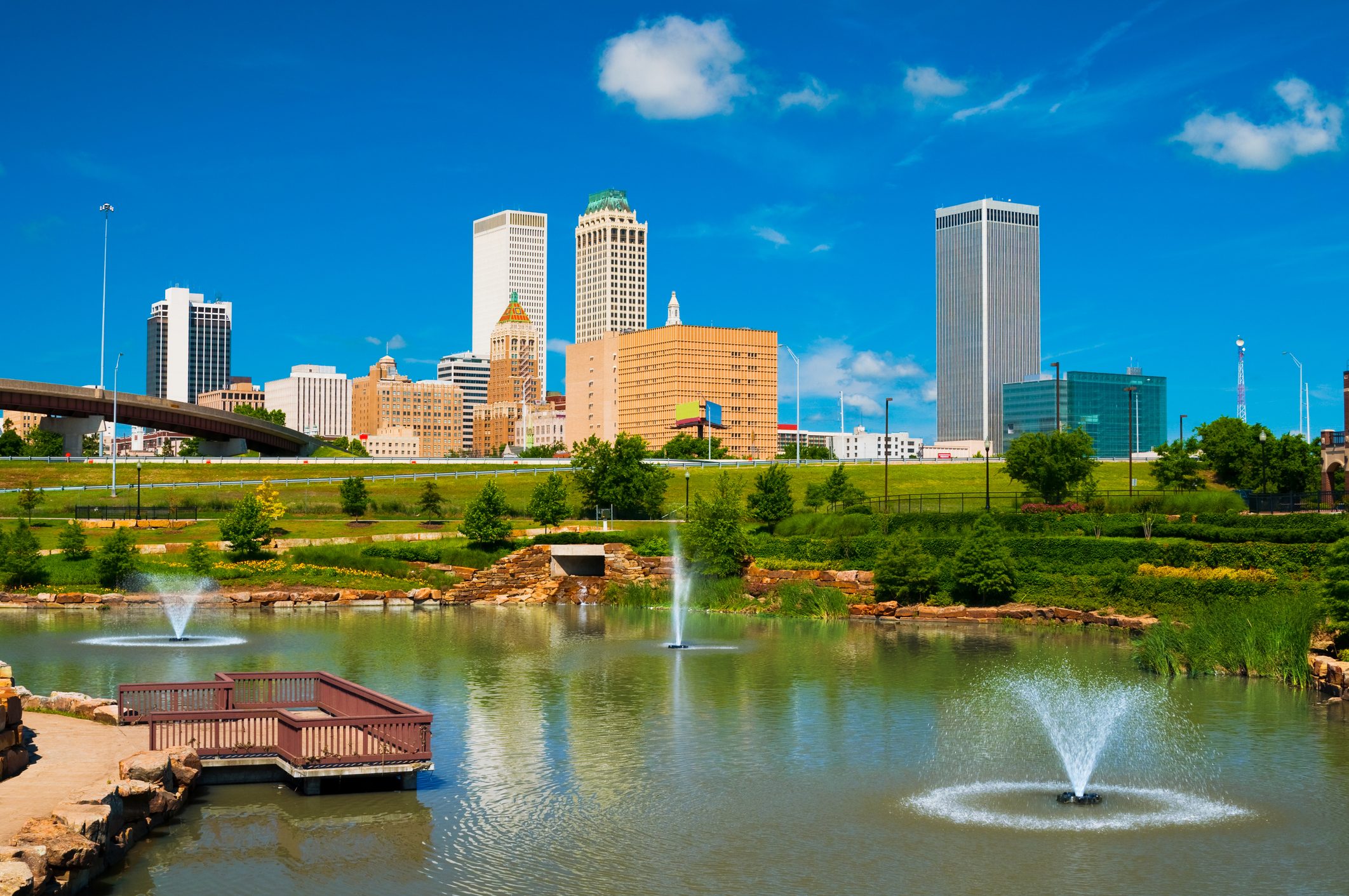 Since late 2018, Tulsa Remote has been offering cash to remote workers who decide to set down roots in Tulsa. Funded by the George Kaiser Family Foundation, the grants are currently in the amount of $10,000 and paid out over the course of a year. Not everyone who moves to Tulsa gets this grant, however. To qualify, you have to be a remote worker or capable of working remotely, and there is an application process, which includes an in-Tulsa interview. These 14 things might stay virtual forever. 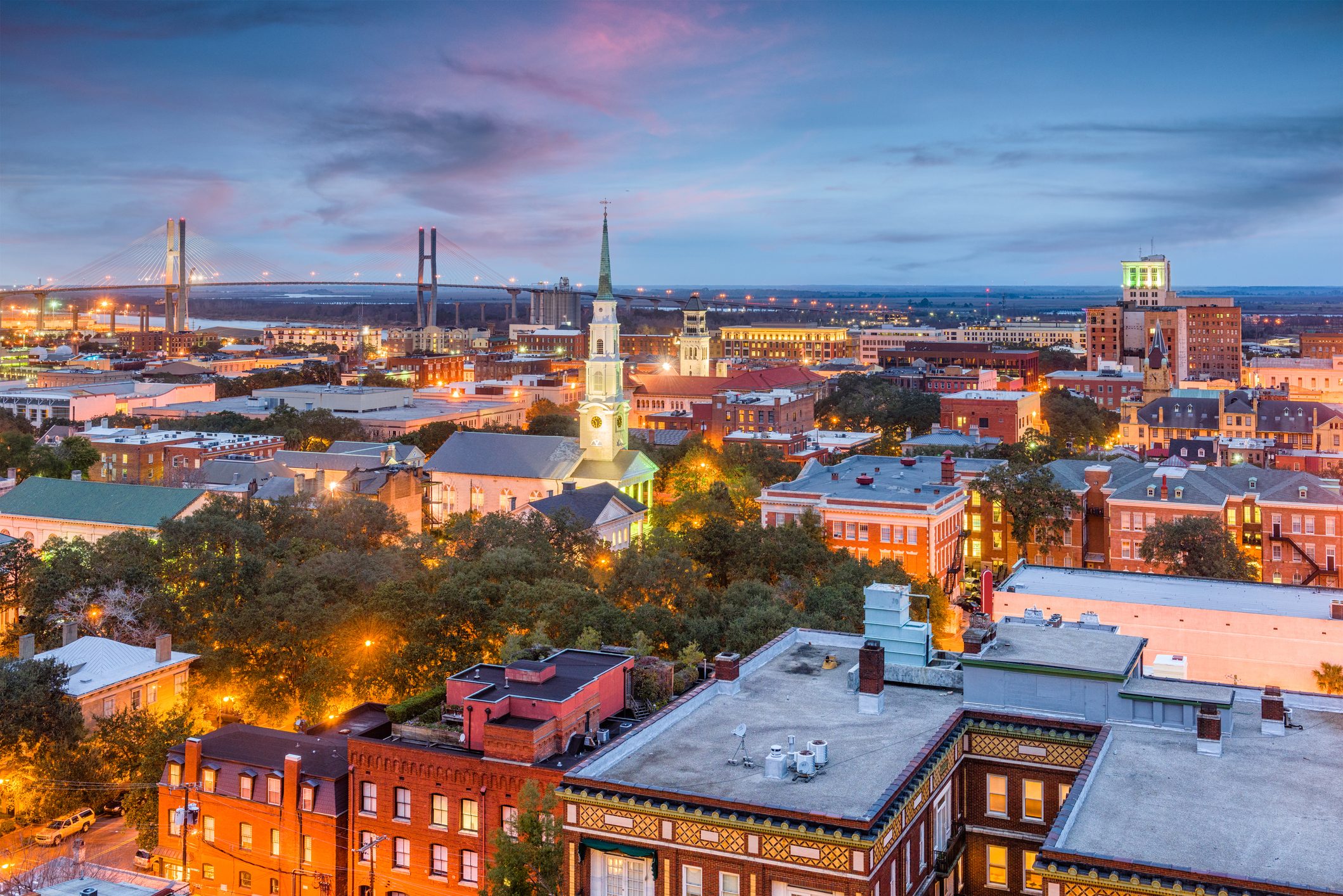 In Spring 2020, Savannah’s Economic Development Authority (SEDA) established the Savannah Technology Workforce Incentive, which offers reimbursement of up to $2,000 in moving expenses for qualifying technology workers who make the move to Savannah or elsewhere in Chatham County. To qualify, you must have three years of experience in a technology field and be relocating to Chatham County to work for a company located there, to work remotely for a company outside of Chatham County, or to work in technology for your own business. Relocation is signified by purchasing property or obtaining a minimum one-year lease and living in Chatham County for at least 30 days. Here are another 15 great places to move in the U.S. (before they get too crowded). 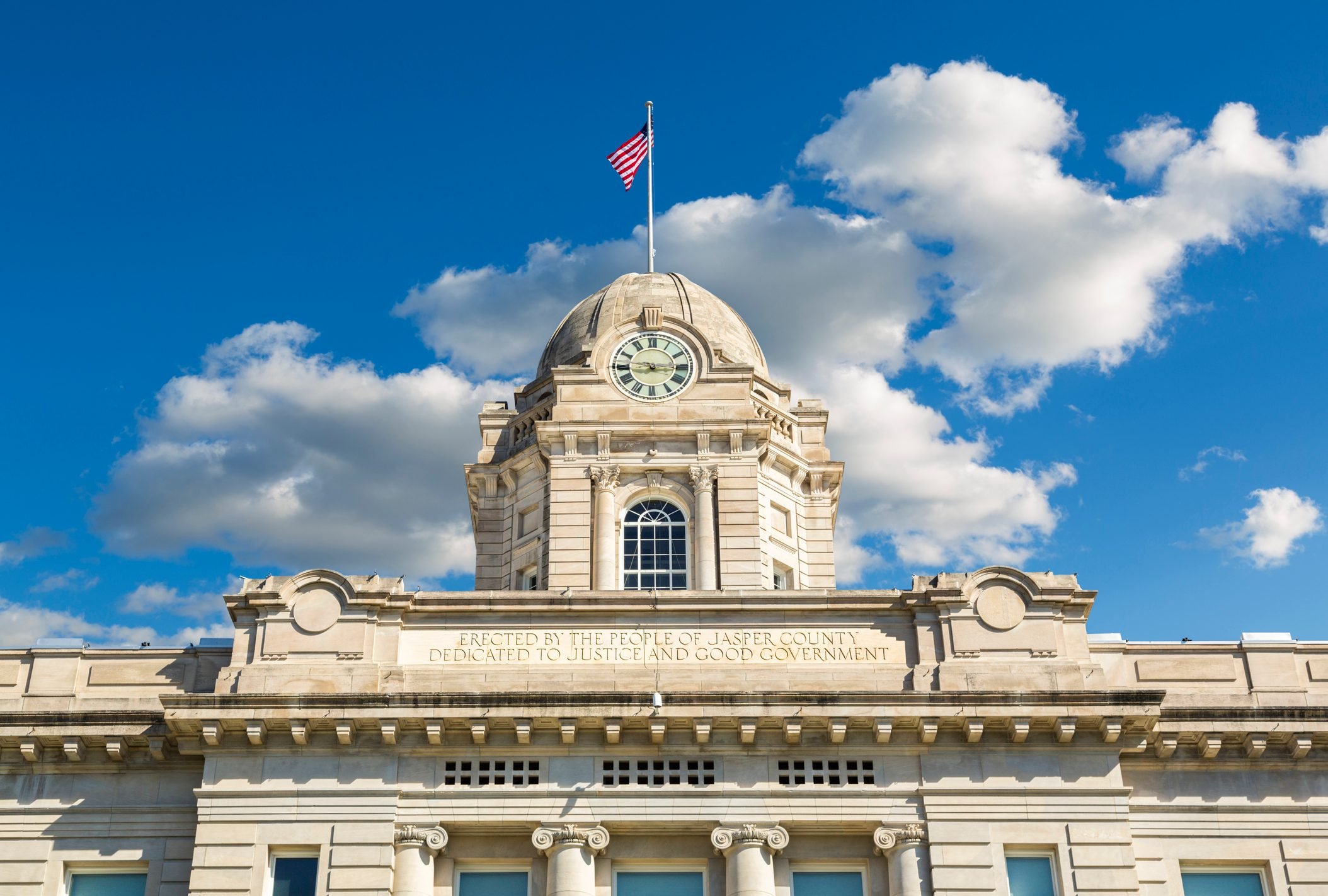 When you buy a newly constructed home in Newton valued at $100,000 or more, the Newton Housing Initiative will give you between $5,000 and $10,000 in cash (depending on the value of the home), plus a “Get to Know Newton” package worth $2,500. The Newton Housing Initiative has been in effect since 2014 and was created to encourage growth in Newton housing. For the purposes of this incentive, construction on the home must begin in 2020 or 2021. If you’ve never owned a home before, find out the 12 surprising costs every first-time home buyer needs to know about. 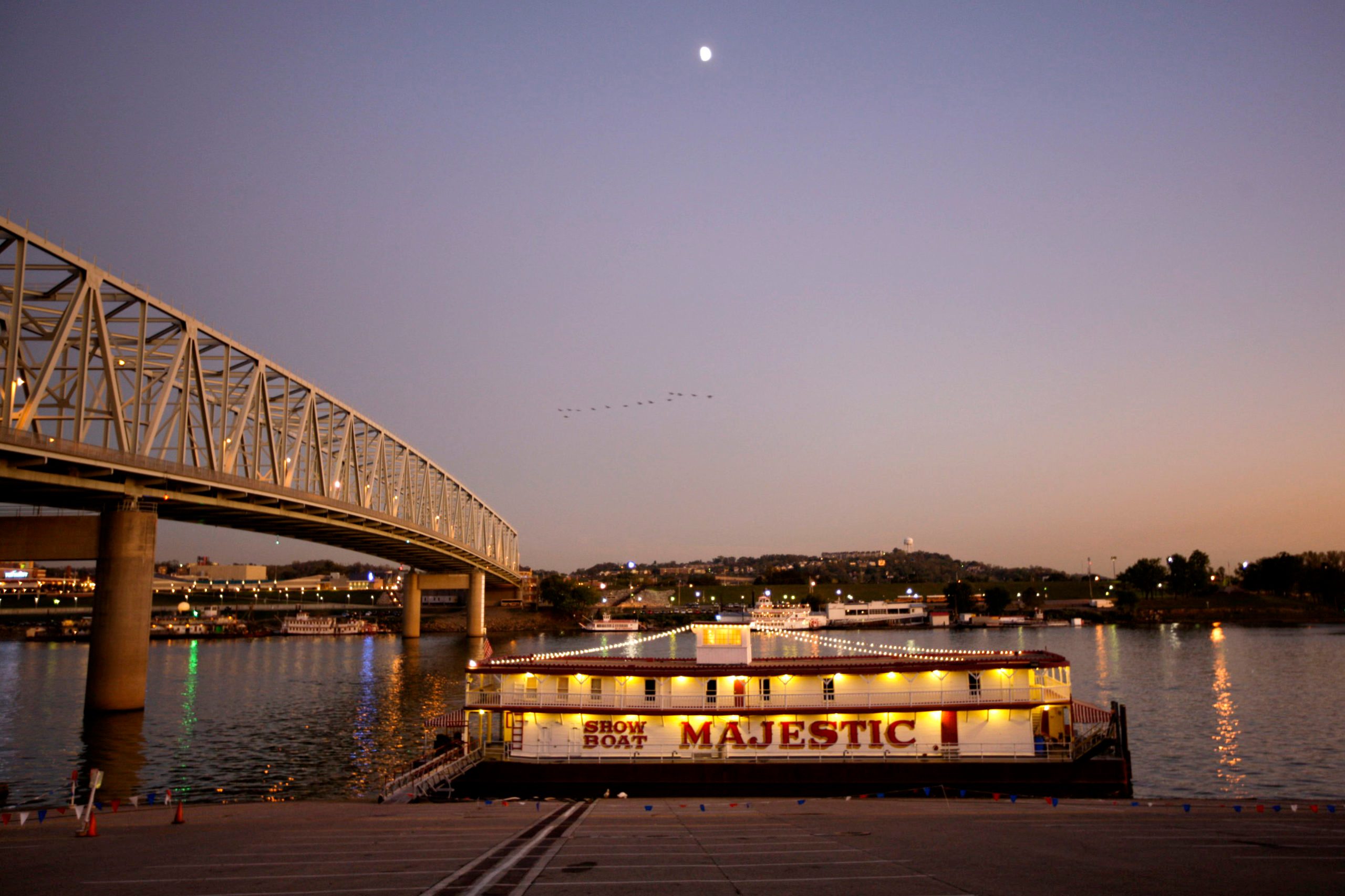 Hamilton, Ohio, is offering up to $10,000 (paid in installments) to people who graduated college in the last seven years and have more than $10,000 in outstanding student loans. To qualify, you have to get yourself a job in Hamilton or anywhere in Butler County and demonstrate a desire to become engaged in the community. This “Talent Attraction Program,” as it’s called in Hamilton, was established in 2018 and is meant to attract young, working adults to Butler County. FYI, these are the highest-paying jobs in every state. 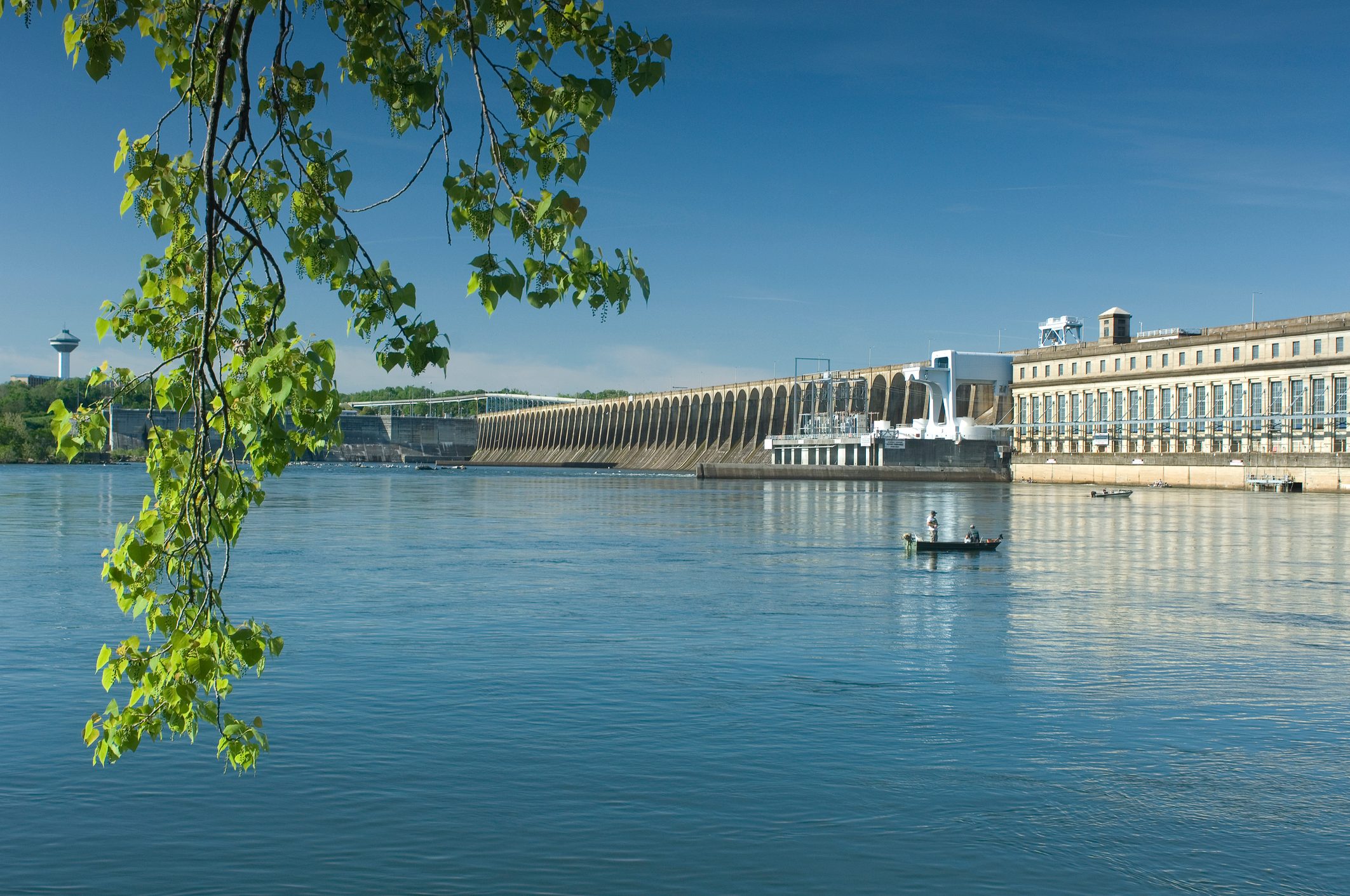 Shoals is in Northwest Alabama and consists of the municipalities of Florence, Muscle Shoals, Sheffield, and Tuscumbia. Remote Shoals is an organization “looking for talented remote workers to join the Shoals community.” If you’re working remotely, making at least $52,000 per year, and willing to relocate to Shoals, you may be eligible for an award of $10,000 over the course of your first year there. To qualify, you’ll have to go through Remote Shoals’ application process and be willing and able relocate to Shoals within six months of being selected. Here’s how the pandemic has changed how Americans are spending money. 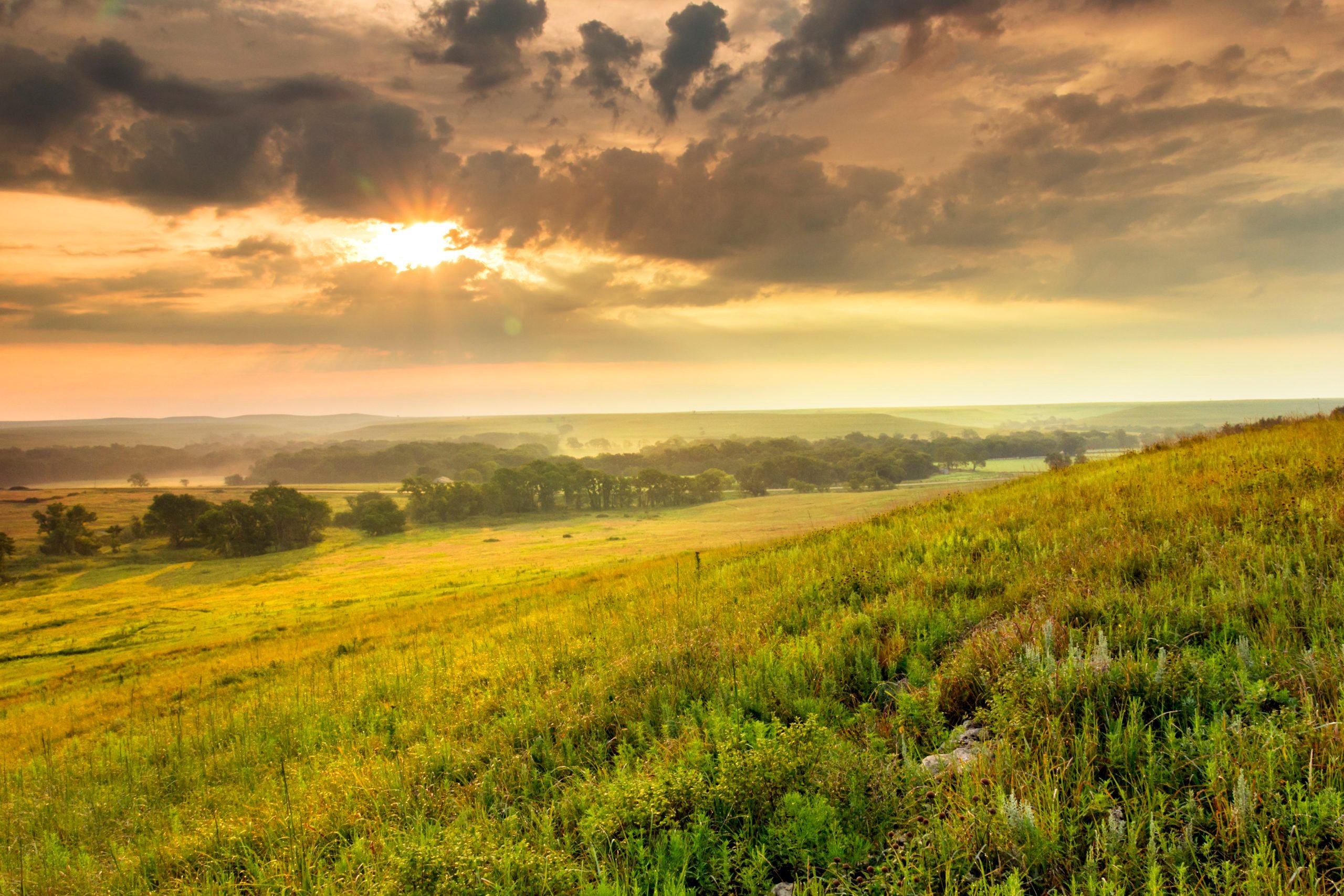 In an effort to encourage people to discover its beautiful rural areas, the state of Kansas has designated 77 counties as “Rural Opportunity Zones.” If you relocate to one of them, you’ll be entitled to one or both of the following (depending on the zone):

To qualify, you have to establish a permanent address in one of the zones and have a student loan that you’re paying off with regard to an associate’s, bachelor’s, or post-graduate degree. Although applications for 2020 are closed, they will reopen for 2021 on January 1, which gives you time to gear up with these photos that’ll make you fall in love with country life. 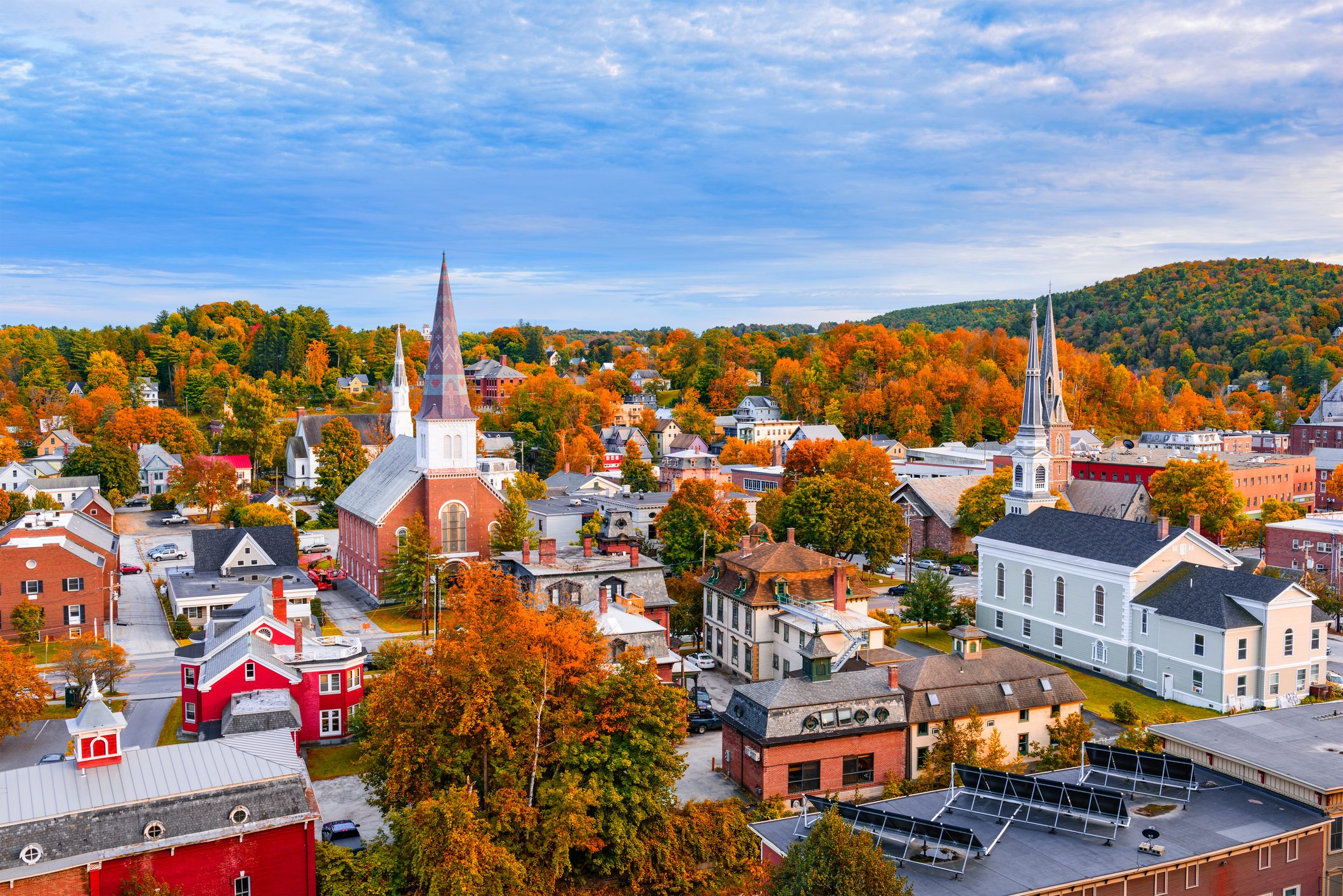 If you are thinking of moving to Vermont, or if you moved to Vermont after January 1, 2020, to work full-time for a Vermont employer, you may be eligible for Vermont’s New Worker Relocation Grant, which provides up to $7,500 reimbursement for qualifying relocation expenses. To qualify, you’ll need to show that you’re a full-time resident and a full-time employee of a qualifying Vermont business, and you’ll have to have documentation for your expenses. Earlier in 2020, Vermont had also been offering incentives to remote workers interested in moving to Vermont, but that program has since run out of funding. 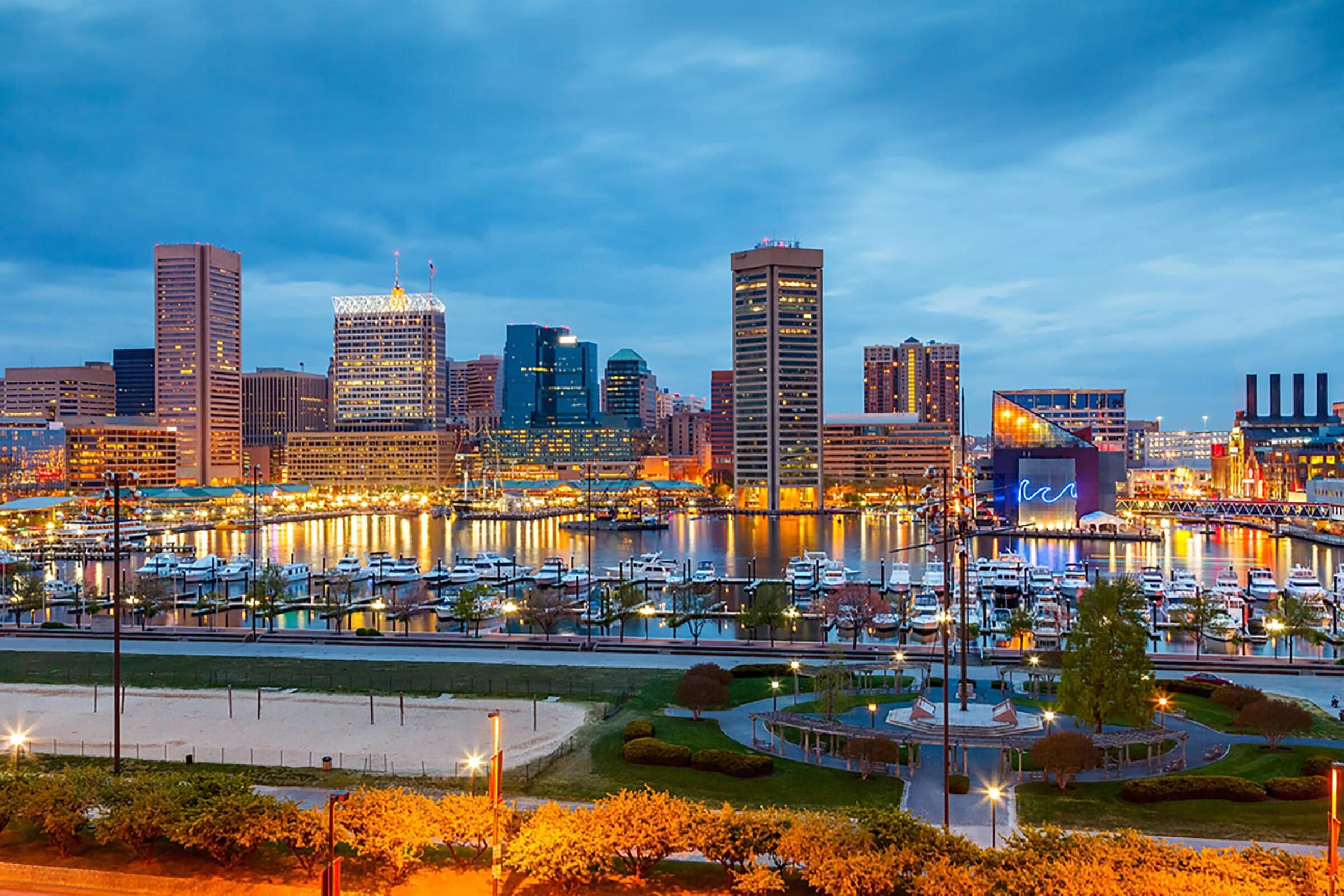 The city of Baltimore offers a variety of “Homeownership Incentives” for those who purchase homes there, including:

Here’s how to figure out if it’s a good time to buy a house. 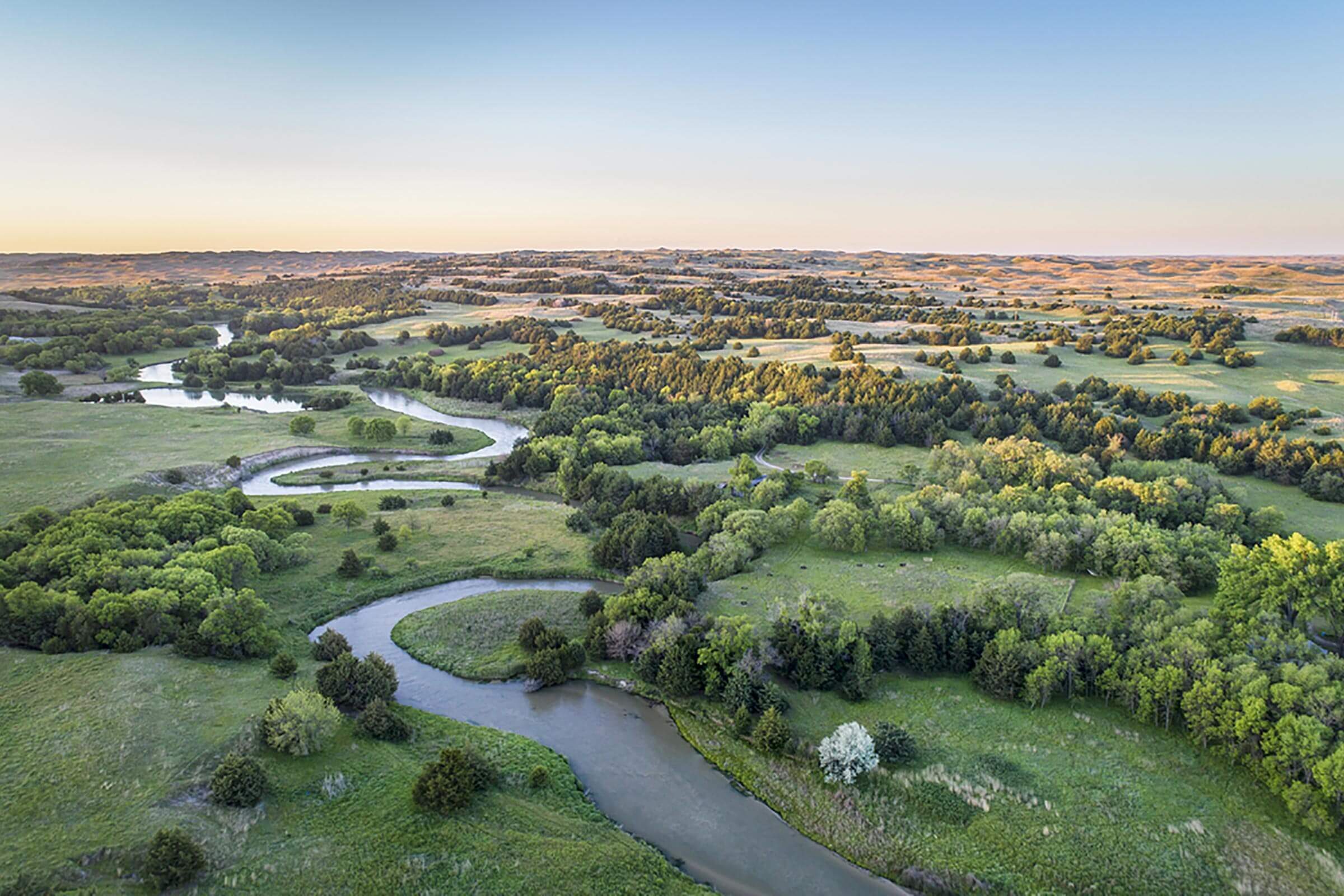 If you construct a single-family home in Curtis in accordance with certain specifications, you can receive the land under which the home is built…for free. In addition, if you’re moving to Curtis with children aged 18 or younger, you can receive up to $1,000 if you enroll your children in the local public school system (depending on the number of kids you enroll). This family moved to the “worst” place in America—and it was the best decision they ever made. 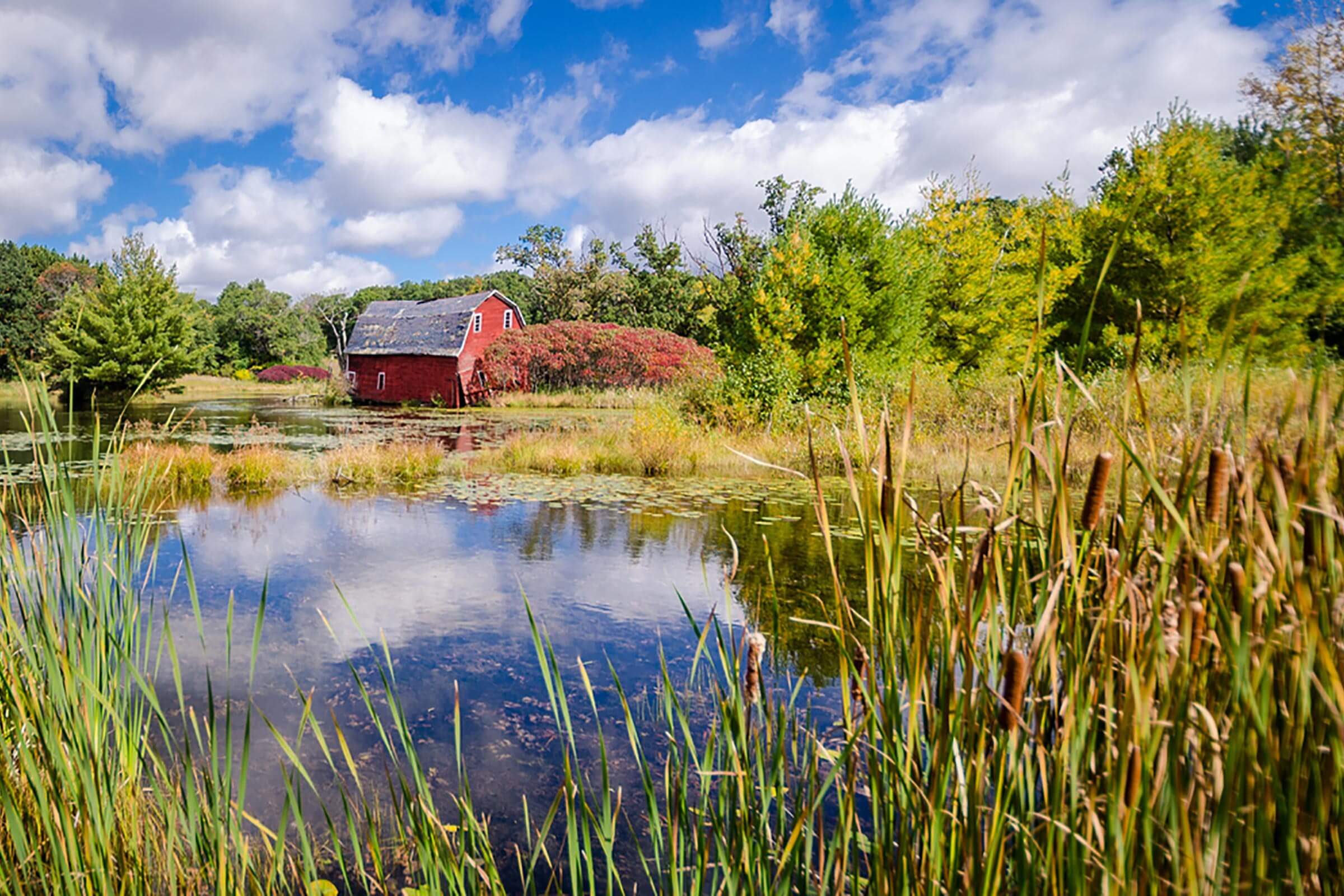 To encourage the availability of housing in Harmony, the Harmony Economic Development Authority will grant a cash rebate of up to $12,000 to those who build a new home there pursuant to the Home Construction Rebate program (the amount of the rebate depends upon the value of the house built). Or you could try one of these easy ways to make money in less than an hour. 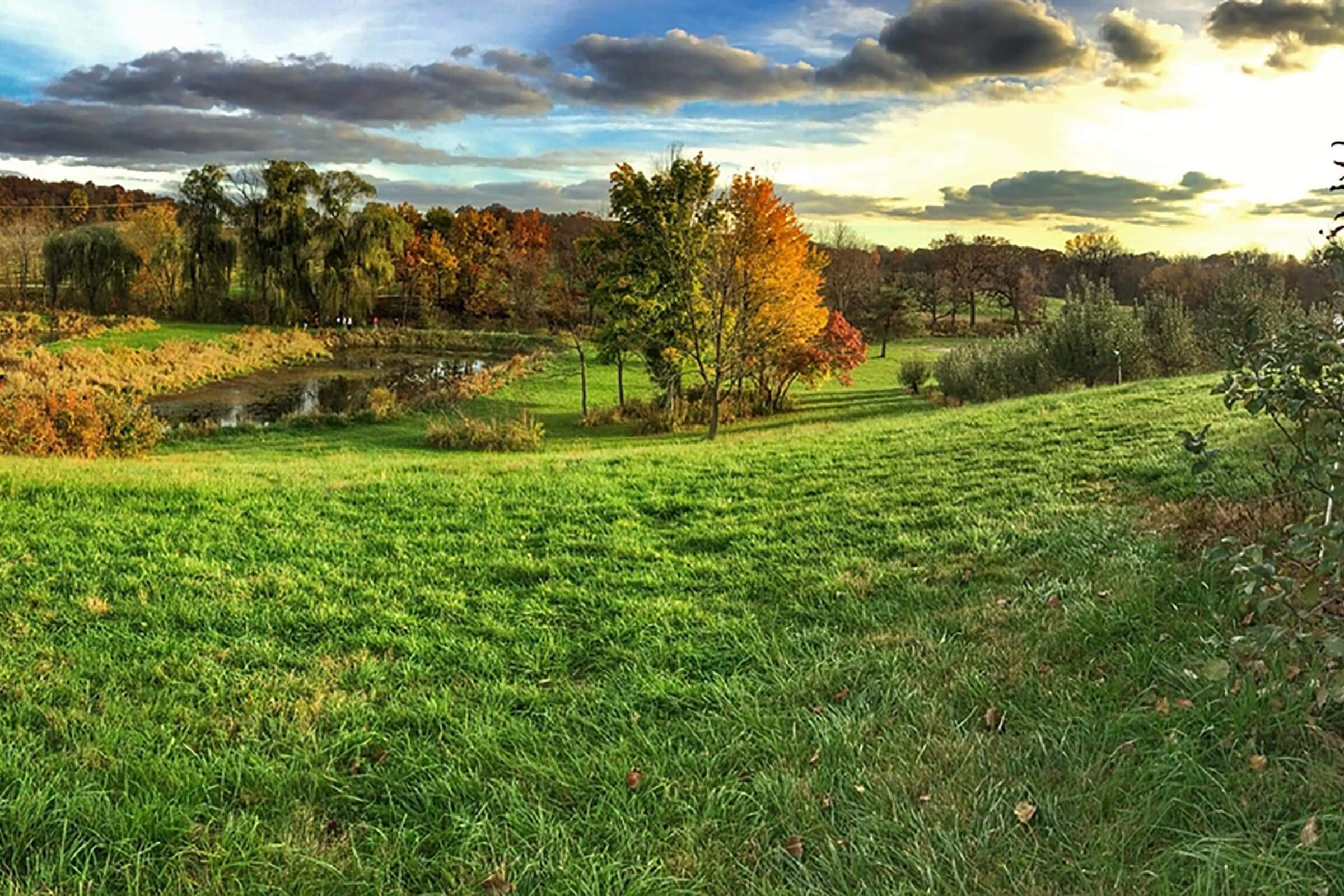 If you want free land, you could also move to Marne. All you have to do is build a new home that is a minimum of 1,200 square feet and you’ll get the land it sits on for free. But if you’re looking to have a lot of guests over, this may not be the place for you. The population is a mere 114. Here is the most charming small town in every state. 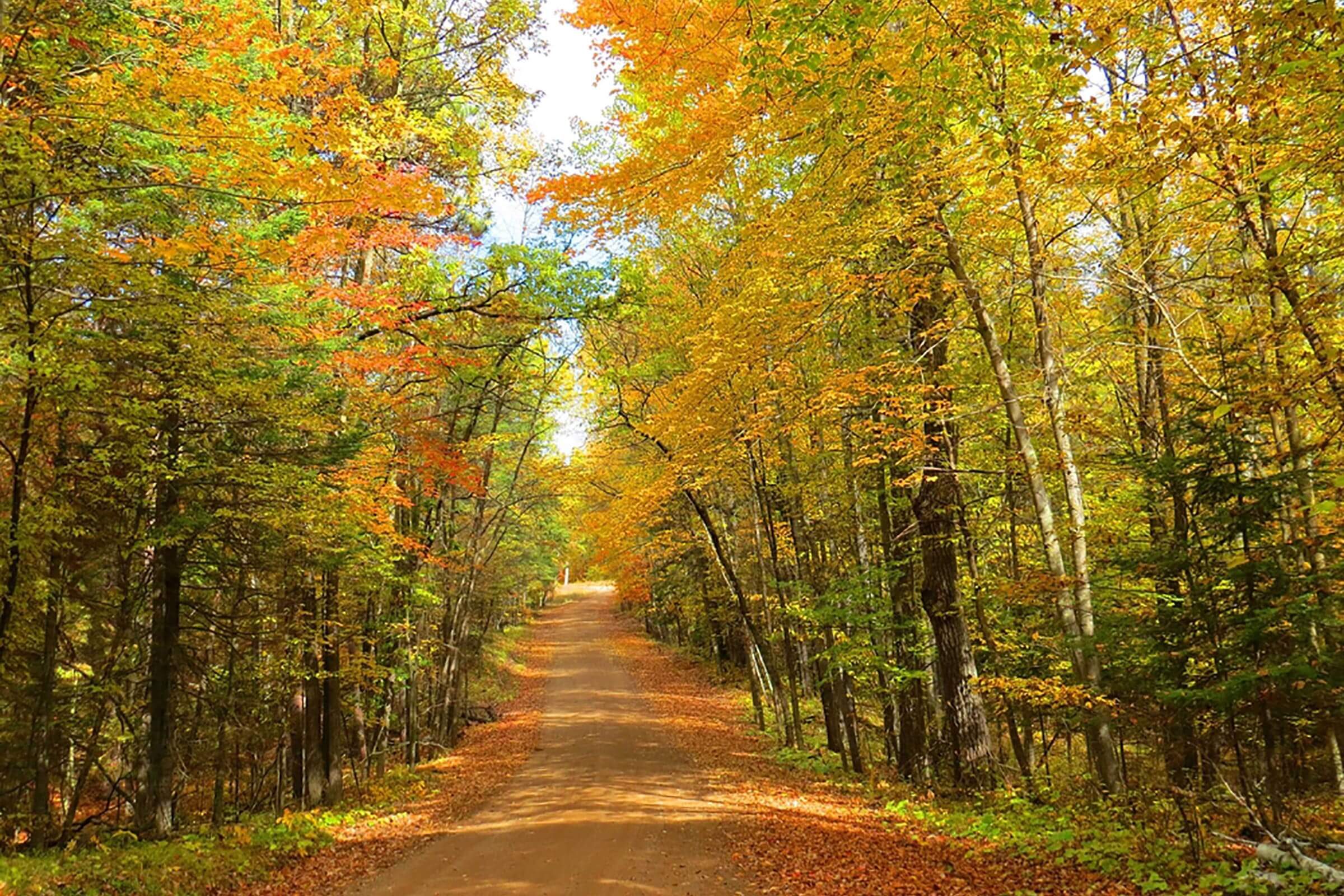 The teeny-tiny city of New Richland really wants you to move there…so much so that if you build a home there, they’ll deed the underlying land to you for free. The only catch: You have to build within one year of acquiring the land. Not leaving the city, despite these incentives? Here are 20 ways city life could change forever after coronavirus. 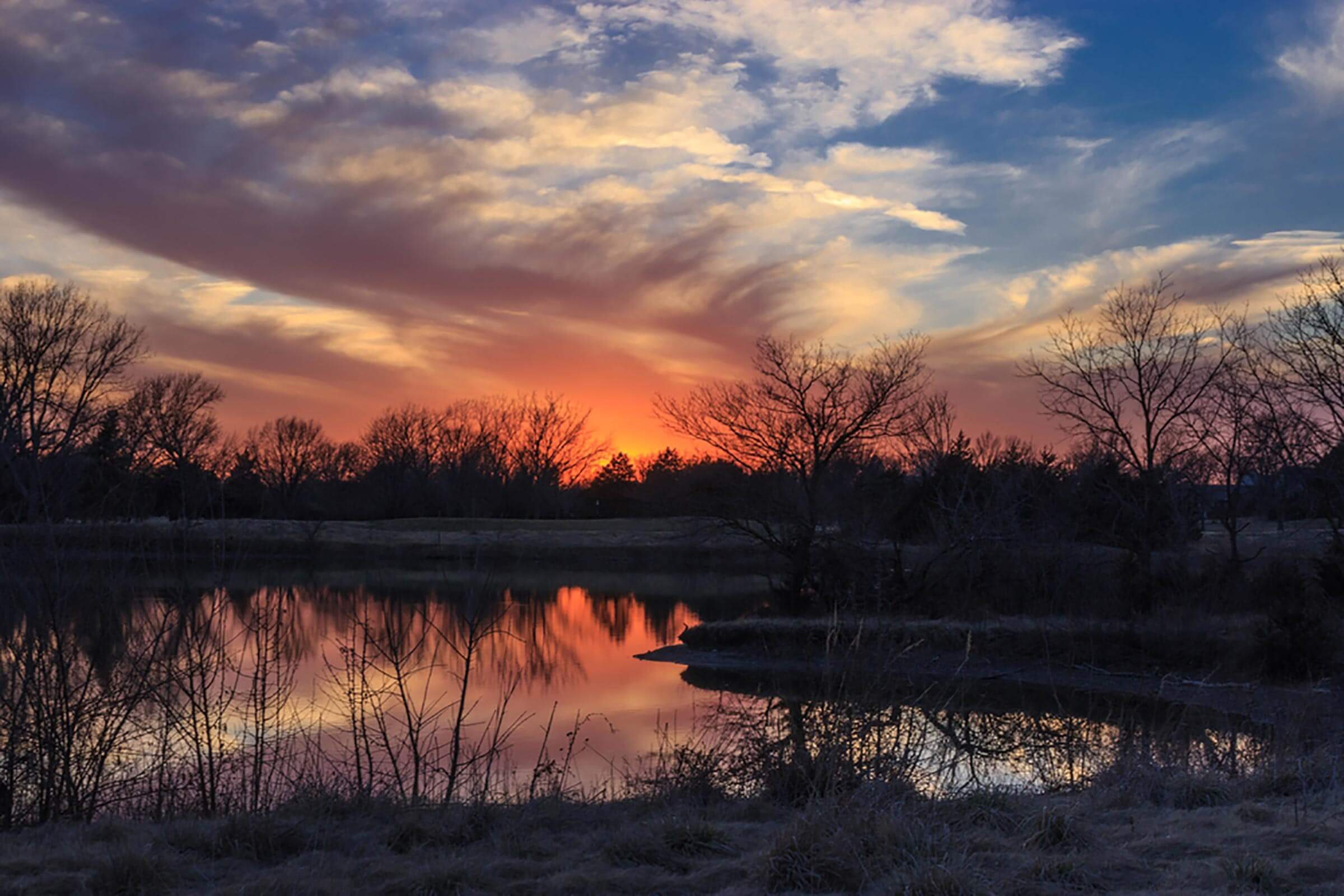 The population of Marquette has been declining since the 1990s, so in an effort to attract new residents, Marquette is giving out free plots of land. As with Harmony, Minnesota, you just have to be sure to build a home on that land within one year of acquiring it. And then you have to live there for a minimum of one year after. Ready to pack up and settle into a new place? Make sure you know the things no one tells you about moving to a small town.