The humble groundhog isn't the only beast with prognostication skills.

Since 1887, February 2nd has been known in the United States and Canada as Groundhog Day—the day when a large, gopher-like mammal in Pennsylvania named Punxsutawney Phil ostensibly comes out of his burrow in Gobbler’s Knob, sees his shadow (or doesn’t) and thereby predicts how much winter is left for us to shiver through. But according to generations’ worth of farmers, weather aficionados, and folklore archivists, groundhogs aren’t the only animals that are apparently gifted with the uncanny ability to predict the weather. Here’s a roundup of the talented critters that can purportedly tell us what to expect from the skies. 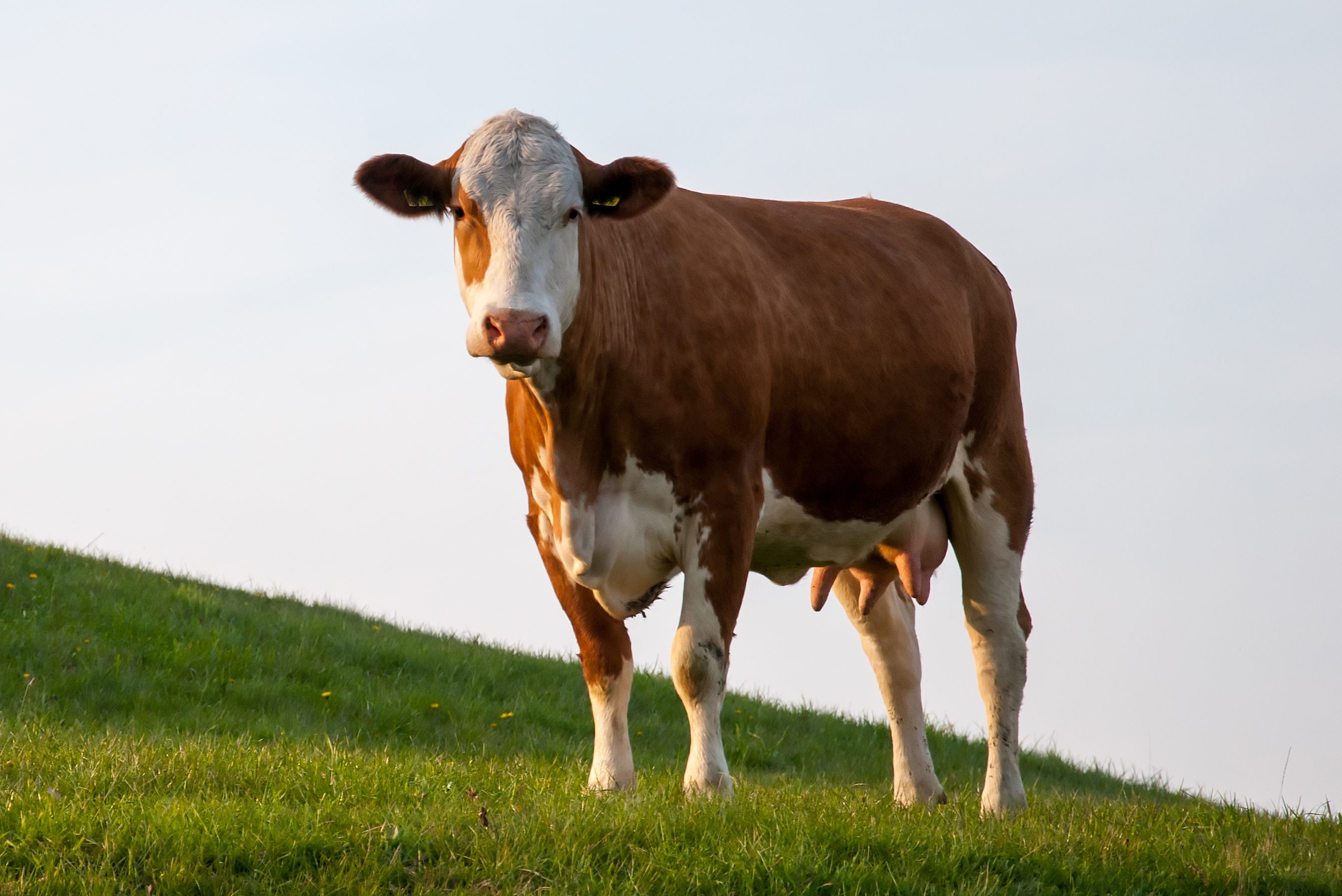 For some reason, there’s a vast trove of lore surrounding the ability of cows to predict the weather, says the Old Farmer’s Almanac. When bovines lie down in a field, this is said to indicate that there will be early rains. Bulls entering a pasture first means rain for sure, while cows entering first means the forecast is uncertain. Which direction a cow faces while she stands in a field is also imbued with meaning. For example, a tail facing west means fair skies, and a tail facing east means the weather is fixing to get worse—an old wives’ tale that may have some basis in truth, as animals commonly graze facing away from the wind (i.e., a storm), so they can smell an approaching predator.

Amphibians, too, have information to impart to us humans about various natural phenomena. Frogs croaking louder and longer than you usually notice might mean a storm is on its way. The same is apparently true when their volume suddenly increases, according to Weather.com. As for toads, their powers lie in a different—and possibly more scientific—realm: They may be able to predict earthquakes, due to pre-quake shifts underground that change the chemistry of the ponds where they live, causing them to flee. Knowing these 6 types of clouds can also help you predict the weather.

These fuzzy insects, black on both ends and a sort of rusty brown color in their centers, eventually morph into about 260 different species of tiger moth. According to folklore, these insects that emerge in the spring throughout North America can predict how severe an upcoming winter will be. How? Legend has it that the more brown they show on their bodies, the milder the winter will be. Where on the caterpillar’s 13-segmented body the black bands are, and how dark they appear, also are said to indicate what sort of weather to expect in which parts of winter. But, according to NOAA’s National Weather Service, these caterpillar characteristics likely have more to do with how much they’ve been eating (which is largely determined by the previous season), as well as their age and species. Here are more weather myths you need to stop believing. 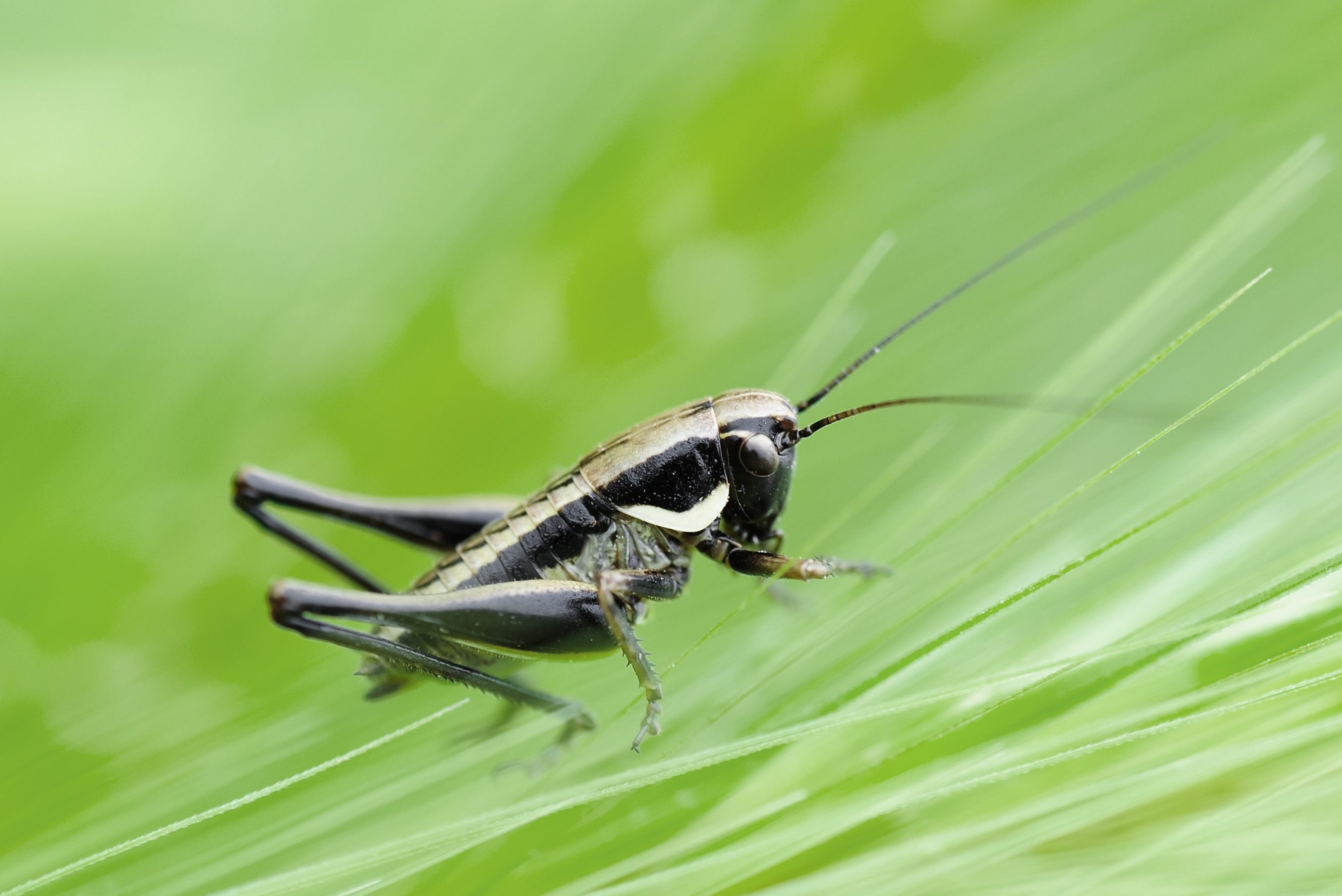 Another weather predictor with some scientific chops is the cricket. The Farmer’s Almanac says that back in 1857, scientist Amos Dolbear’s article “‘The Cricket as a Thermometer’…noted the correlation between the ambient temperature and the rate at which crickets chirp” and also included a formula for figuring out what those chirps meant. Count the number of chirps you hear in 14 seconds, then add 40 to get the (approximate) outside temperature. If you hear 30 chirps, the outside temperature is likely around 70 degrees Fahrenheit. By the way, here’s why crickets, cicadas, and other bugs are so loud.

All the old lore about birds being able to predict the weather—”If crows fly in pairs, expect fine weather; a crow flying alone is a sign of foul weather”—might not be strictly true. But, according to Ornithology, there are things that our feathered friends can tell us about what’s about to happen in the atmosphere. For example, barometric changes in advance of a storm causes birds to perch, rather than fly—hence, we notice birds lined up on a power line before rain or cold temperatures hit, as well as feeding when they first rise in the morning so they won’t have to forage when the weather is inclement. Changes in barometric pressure are also what prompts birds to migrate in spring and autumn. Here are more bizarre things that happen when it’s about to storm.

“Trout jump high, when a rain is nigh”—fact or fiction, wonders the BBC. Perhaps a bit of both. It turns out, changes in barometric pressure can be felt by animals that live under water as well those that inhabit the skies. As Accuweather puts it, “When rain is ‘nigh’ or impending, low-pressure systems generally occur…[and] cause plant particles that were trapped at the bottom of a lake to rise. When this occurs, microscopic organisms are dispersed in the water and provides feed for small fish. The small fish, in turn, become food for larger fish.” And when this happens, many fish—probably not just trout—increase their leaping activity.

These gentle, woolly ruminants have a weather-related rhyme all their own: “When sheep gather in a huddle, tomorrow will have a puddle.” How Stuff Works hypothesizes that this commonly observed behavior might have something to do with sheep knotting together in order to keep one another warm before precipitation begins to fall. The site also notes that much more “disgusting” theories abound about how sheep activity has weather-based meaning, including that heavy urination in their pens means heavy rain and that bright yellow pee is a harbinger of sunny weather. Check out these 27 “facts” about animals you have all wrong.

Insects, along with birds, make the best weather predictors, according to the Old Farmer’s Almanac, and likely for some of the same reasons—namely, those pressure-system changes that keep birds from flapping. So, when you look out in your garden and don’t see the usual pollinators, yes, you are right to suspect that climate change is at work once again in reducing species biodiversity. But in addition, and more immediately, a low-pressure system may have sent these tiny fliers to seek out shelter before a storm.

These wee red and black beetles are incredibly useful to agriculture, killing all sorts of fruit-and-veg-eating pests like aphids, weevils, and mealybugs without a gardener having to resort to environmentally hazardous chemical sprays. They are also apparently able to tell a gardener what to expect from the weather. When it comes to summer temperatures, “when they swarm, expect a day that’s warm.” But when their numbers are scant out there among the flowers, they’re expecting a cold front and are huddling up under some bark in order to keep warm. 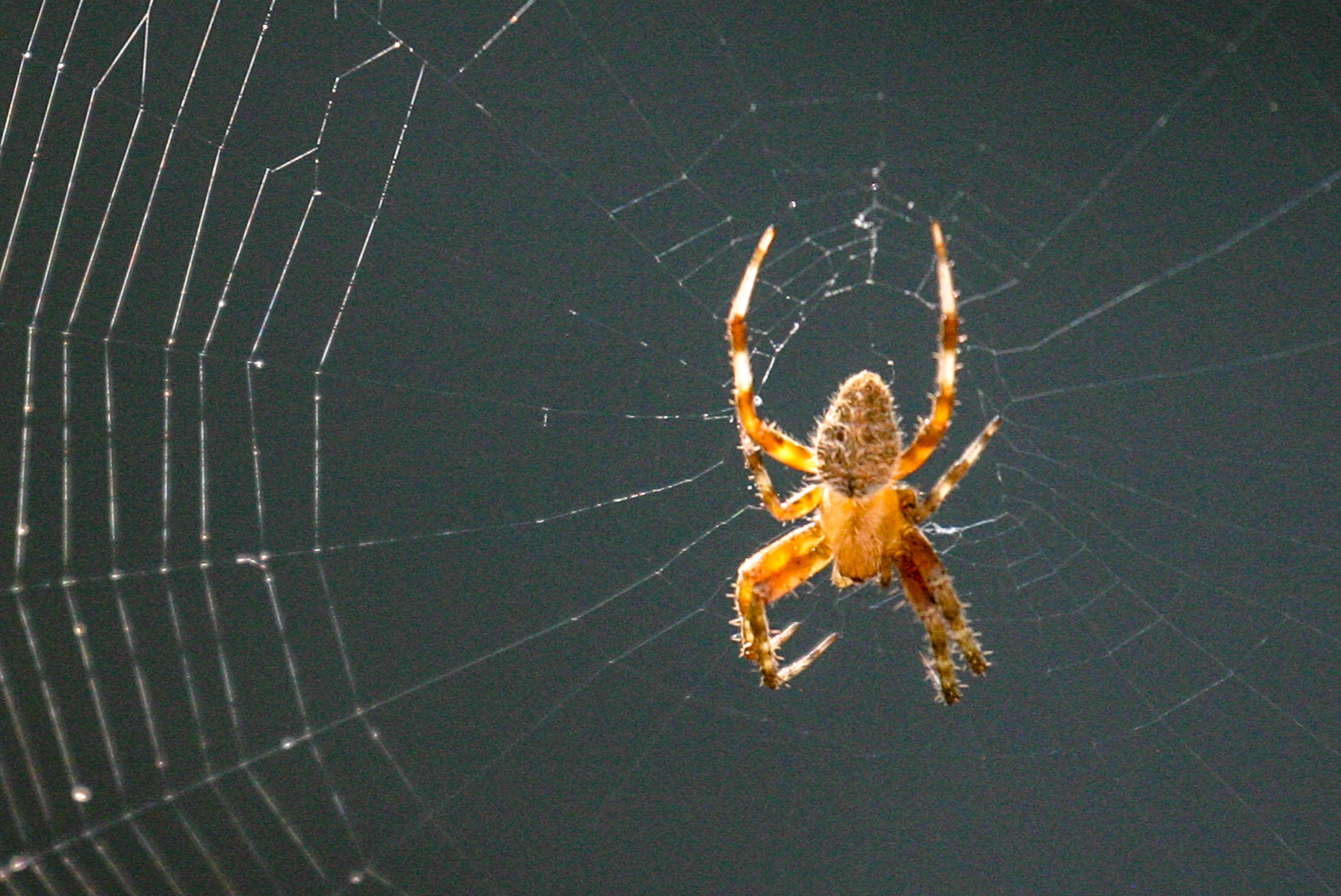 You’re probably none-too-psyched to find spiders in the house—although maybe you should be! Not only do they catch and eat all sorts of bugs that are a nuisance, like mosquitoes, but they also can tell you what’s in store with the temperature. According to National Geographic, when the weather outside is about to become chilly, spiders seek out your nice, toasty home for shelter. One cause for concern, however, is black widows. These arachnids are especially loath to stay outdoors in the cold, so make sure the house spider that’s taken up residence in the dark corners of your abode, like your closet or the basement, is not of this venomous variety. Good news: This simple hack will keep spiders out of your house. 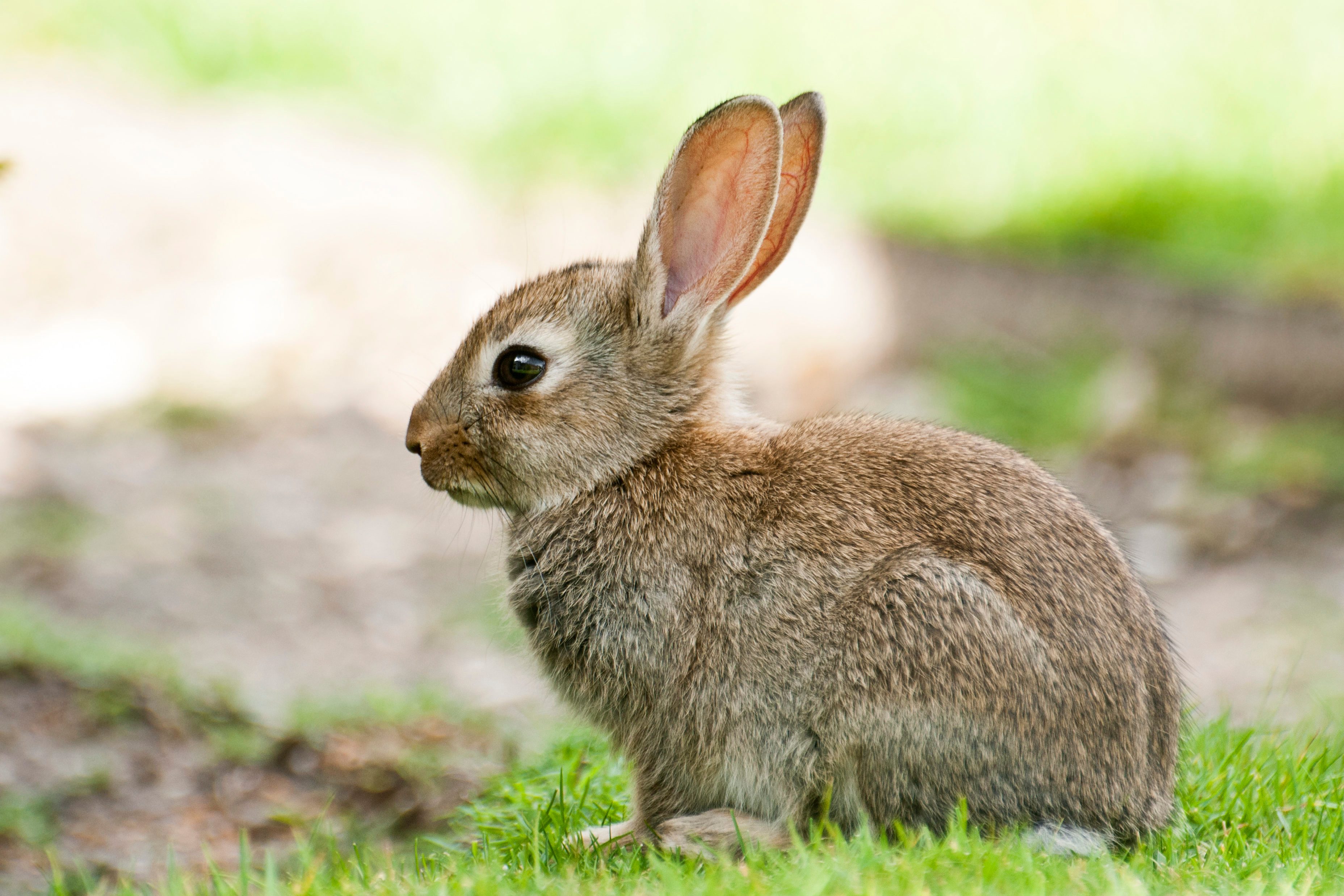 Although the animals mentioned above are the most commonly associated with weather prognostication, there are many, many others. For example, according to the Old Farmer’s Almanac, pigs are said to gather leaves and straw when a cold winter is coming. Moles dig holes of a depth that corresponds to how cold the winter is going to be: two-and-a-half feet for a bad one, less than two feet for a mild one. And a fat rabbit in the fall just may point to a super cold winter ahead. Next, find out the 13 things your weather forecaster won’t tell you.