On the 50th Anniversary of the Miraculous Apollo 13 Mission, Here Are 13 Facts You Didn’t Know

Everything was going to plan for another moon landing—until it wasn't...

On April 11, 1970, Apollo 13 launched from the Kennedy Space Center at Cape Canaveral, carrying three astronauts onboard. The objective: to be the third American mission to land men on the moon. But the five-day, almost-23-hour flight was aborted after 56 hours, due to a series of unfortunate events that led to a fire in the oxygen tank. Astronauts James Lovell, John Swigert, and Fred Haise jumped into action to get back to Earth against all odds, with the expert guidance of scientists on the ground—a saga immortalized by the 1995 Ron Howard film Apollo 13.

According to Space.com, mission commander Lovell was the most traveled astronaut in history by the time he was selected to lead Apollo 13. At the age of 42, he had already logged over 500 hours of spaceflight, and had circled the moon on Apollo 8, gone up on the 14-day Gemini VII mission to test equipment and procedures in 1965, and helped Buzz Aldrin practice his spacewalks from Gemini XII in 1966. Apollo 13 made him the first person to fly in space for a record four times. For last-minute replacement astronaut Swigert, though, Apollo 13 was his first mission. Don’t miss these 24 amazing facts about NASA.

Apollo 13’s lunar module was scheduled to touch down in a 50-mile-wide crater on the near side of the moon, called Fra Mauro—named for a 15th-century Italian monk and cartographer who was known for having created the most accurate world map of his day. Of course, when this mission aborted, that landing was scrubbed. However, the Fra Mauro Formation became the site of the landing for the mission that followed, Apollo 14, which touched down on Apollo 13’s once-designated spot on February 5, 1971. Scientists are still trying to figure out the truth behind these 13 moon mysteries.

If the whole Apollo 13 mission, and the fact that its three astronauts basically managed to drive a broken spaceship back to their home planet, seems incredible and awe-inspiring today, back in 1970 when the mission was getting set to launch, the general public was decidedly blasé about the whole enterprise. As Lovell told BBC Future in 2017, “People were getting bored. The publicity for Apollo 13 you could find on the weather page of the newspaper, that was it.” For better or worse, no one thinks Apollo 13 is boring anymore. Don’t miss these 16 iconic newspapers that went down in history.

Even with mission control working around the clock to figure out how to bring their men home, success was far from certain. In 2010, engineer Jerry Woodfill, who’d helped create Apollo 13’s caution and warning system, compiled a list of the things that went right for Universe.com. The timing of the explosion was fortuitous because it left enough power, water, and oxygen for the crew to survive. The disaster of Apollo 1 back in 1967, when Gus Grissom, Ed White, and Roger Chaffee died after a fire broke out in the command module during a test run, also led to redesigns that benefited later crews, Woodfill believes.

Thanks for your help, here’s the bill

Shortly after the Apollo 13 mission returned home safe and sound, the Grumman Aerospace Corporation, which had manufactured the Lunar Module (LM) the astronauts huddled in to get home, sent a $312,421.24 bill to North American Rockwell, the company that created the service module that malfunctioned while Apollo 13 was in flight. What did Grumman want to be paid for? Its LM towing the service module back to Earth. As it happens, though, this apparent display of capitalist opportunism was just a joke; the invoice was written by  Grumman consulting pilots who’d helped orchestrate the safe return. Though the company certainly wasn’t expecting payment, “concerned citizens who took the joke seriously sent Grumman envelopes containing money, to help Rockwell pay the 400,000-mile towing bill,” shares the auction house that auctioned off an original copy.

Apollo 13, the movie did a pretty great job of presenting the details of Apollo 13, the near-disastrous space mission. For example, director Ron Howard shot weightless scenes—25 seconds at a time—in NASA’s zero-gravity jet, which is nicknamed the Vomit Comet, and made the actors work in almost freezing temperatures in order to simulate conditions in the LM. However, some details were fudged. For example, the iconic line, “Houston, we have a problem” was not quite what the astronauts actually uttered. The real line, checked against transcripts, was “Houston, we’ve had a problem.” 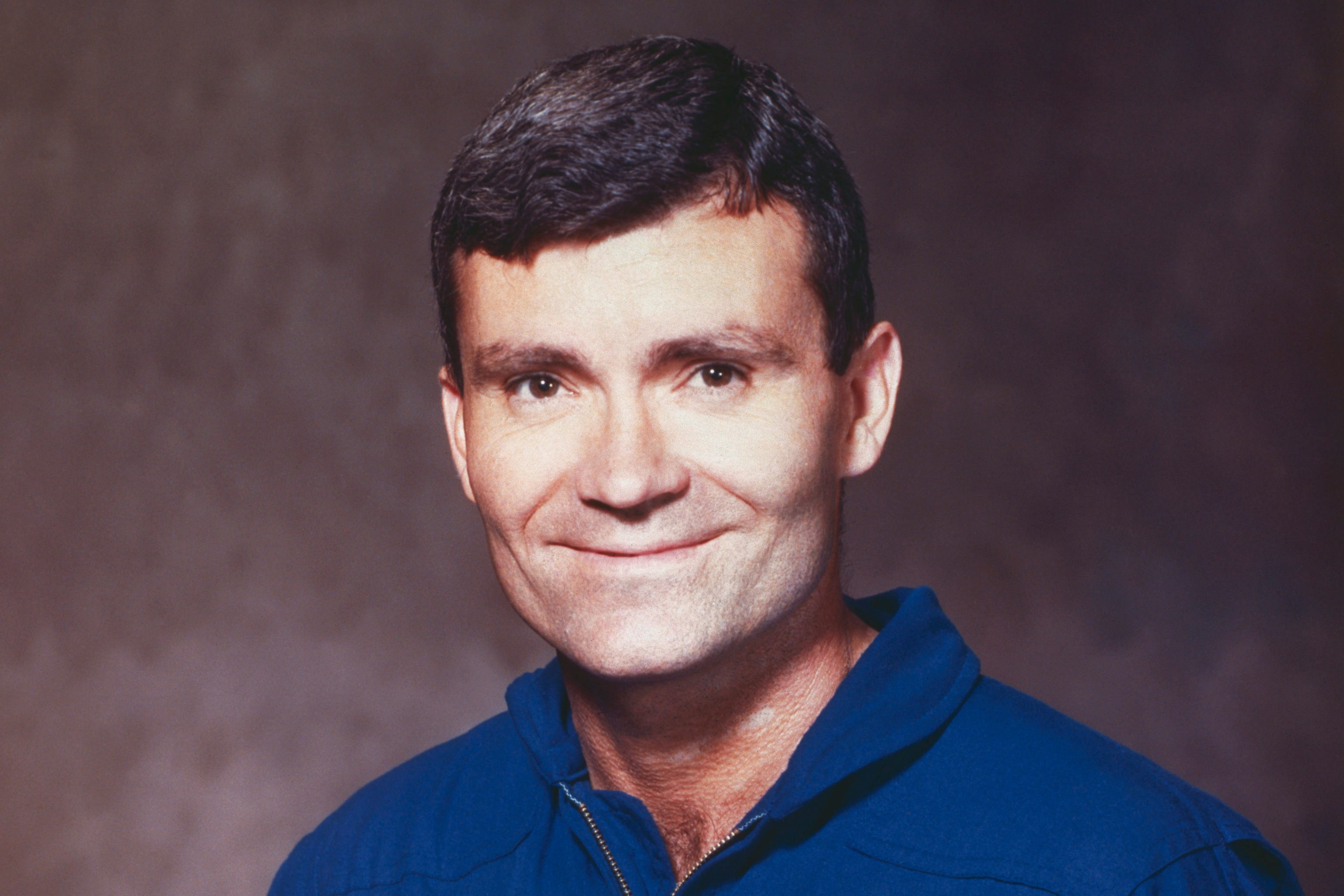 Haise was slated to walk on the Moon along with Apollo 13 Lovell—an event that never happened. Adding insult to injury, though, Haise developed an acute urinary tract infection—presumably due to dehydration during the mission but helped along by a bacterium called Pseudomonas aeruginosa. In 2007, researchers released the results of a study in which they showed that bacteria have the ability to become more virulent in space, and/or to mutate, leading to speculation that Haise’s infection became as severe as it did thanks to his time in orbit. 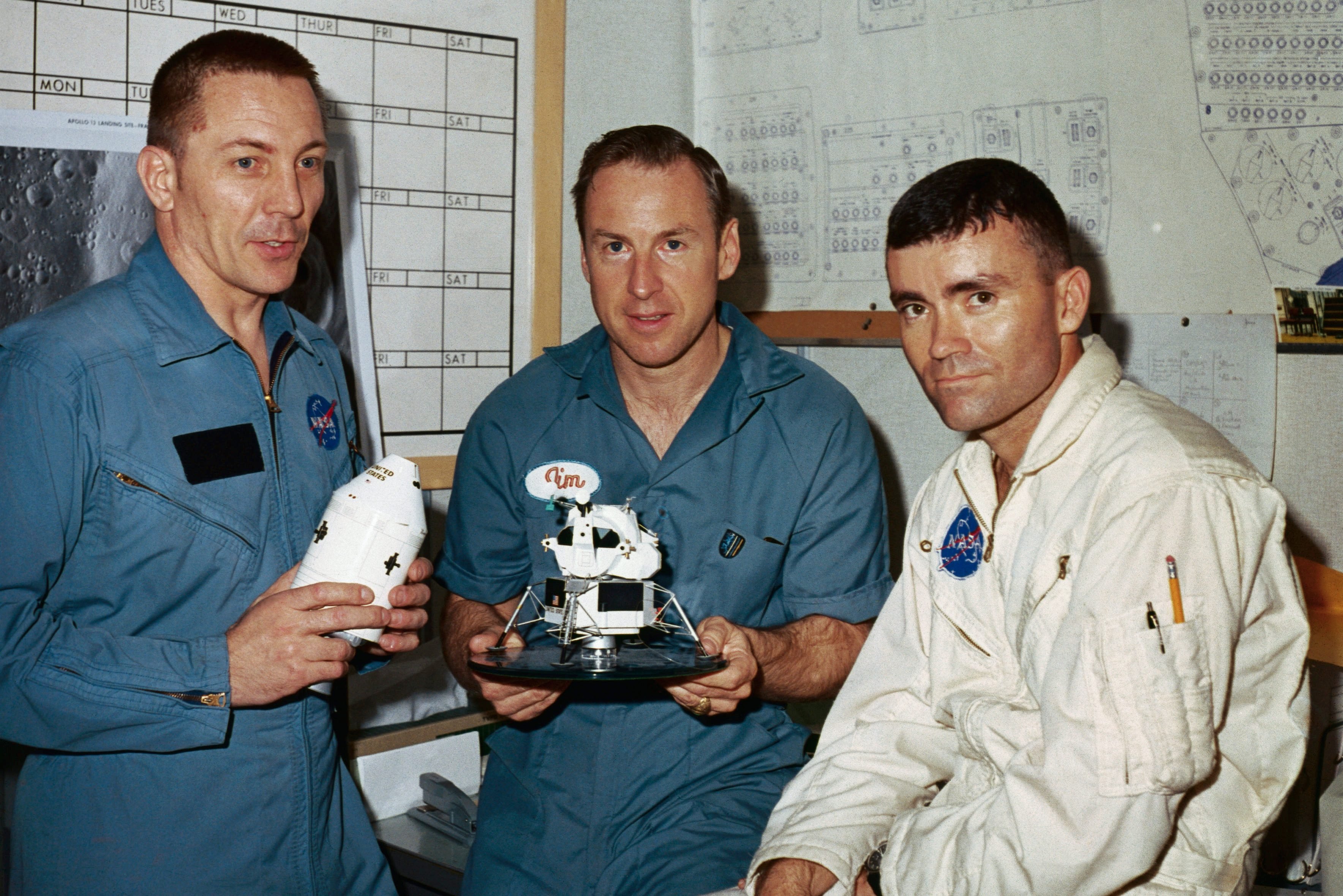 Lovell kept a 70-page, ring-bound Lunar Module Activation Checklist that was filled with all the steps he had to complete in order to fire up the LM—steps that eventually turned out to be critical to getting him and his crew back to Earth. In 2011, an auction house in Dallas sold it off for over $388,000, a massive fee that was made possible by the fact that the notebook had not only gone to space and back, but had been used in the Ron Howard film as well. NASA disputed that Lovell actually owned the notebook and that it was his to sell, according to Space.com; however, in 2012, President Brack Obama signed a bill into law giving astronauts ownership of these sorts of items. These animals have all made it into space before you.

What and how to eat in space has been the focus of whole teams of NASA workers and contracted experts ever since travel to space was first dreamed up. Freeze-dried foods made it onto the Gemini missions, but they had to be eaten cold; the spacecraft had no running hot water to reconstitute them. That changed on the Apollo missions, which had cold and hot water, the first non-rehydratable meal (a Christmas Eve thermo-stabilized turkey dinner on Apollo 8), and for Apollo 13’s crew, canteens that would have allowed them to drink water while they worked on the moon. There’s a long list of things that can’t be eaten in space, though. 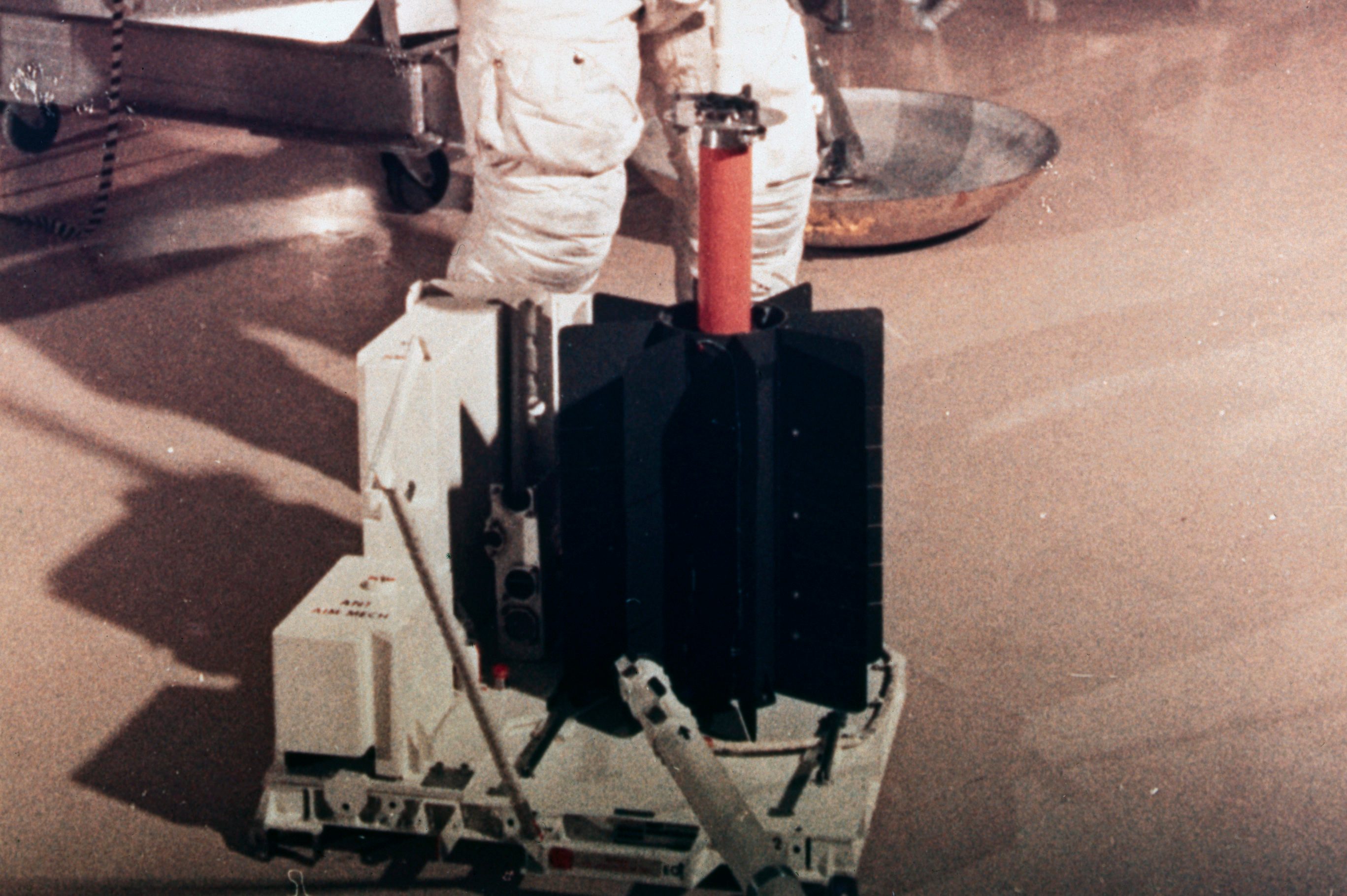 According to the book Ugly Food by Richard Horsey and Tim Wharton, Apollo 13 carried a radioactive generator that was supposed to stay behind on the moon—along with a host of other odd objects—as was the LM. However, it was jettisoned on the white-knuckle return to Earth, over and into the Pacific Ocean. Its four kilograms of plutonium, write the authors, are “currently languishing somewhere between 6,000 and 9,000 meters down in the Tonga trench. It will remain radioactive for thousands of years,” presenting a danger to all that ocean region’s marine life.

Looking on the plus side

Apollo 13 has been referred to by the astronauts on board, and by many others, as something of a lucky disaster. Obviously, everyone survived. But more than that, the experience forced NASA to make numerous design changes to its space and supporting craft in order to ensure that something like this never happened again. These included a variety of tweaks such as adding another oxygen tank to the spacecraft, which would supply air to the astronauts only, according to Space.com, and equally critically, making sure water storage bags were added to the command module. Find out 15 everyday things you had no idea were invented by NASA.