How to Become a Vegan: 12 Tips from the Experts

Whether you're giving up animal products for the sake of your health, animal rights, climate change, or any other reason, going vegan will take a bit of planning. We asked the experts how to make the transition easy. 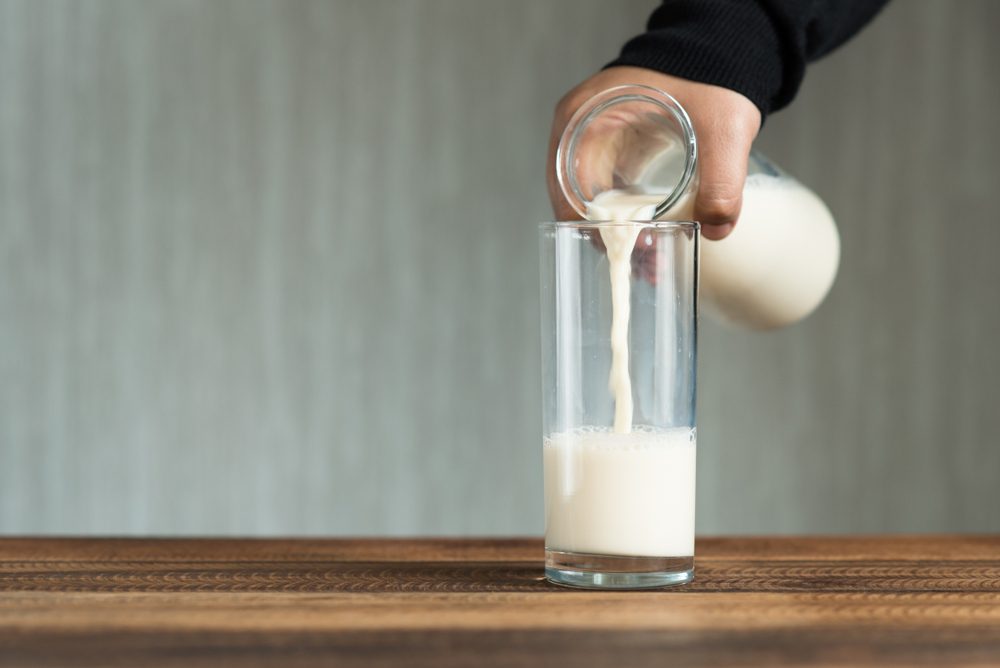 Go at your own pace

Victoria Moran, author of the book Main Street Vegan, recommends removing one kind of animal from your diet at a time (“chicken and eggs are a great place to start”); being “vegan at home” to better control your food; or trying “vegetarian for now” and continuing to eat eggs and dairy. Even Mark Bittman’s “vegan before 6:00” rule could help with the transition when you’re worried about how to become vegan. Andre Kroecher of Daiya Foods suggests, “Start with the one thing you consume the most and substitute it with the vegan version,” such as almond milk instead of whole milk. Jenné Claiborne, The Nourishing Vegan, advises: “Crowd out less healthy or non-vegan foods with a yummy vegan addition. For example, have a green smoothie before your usual breakfast, or some fruit before an afternoon cookie. By eating the plant-based food first, you won’t have as much room for other stuff, and you’ll develop a taste for the healthier option.” 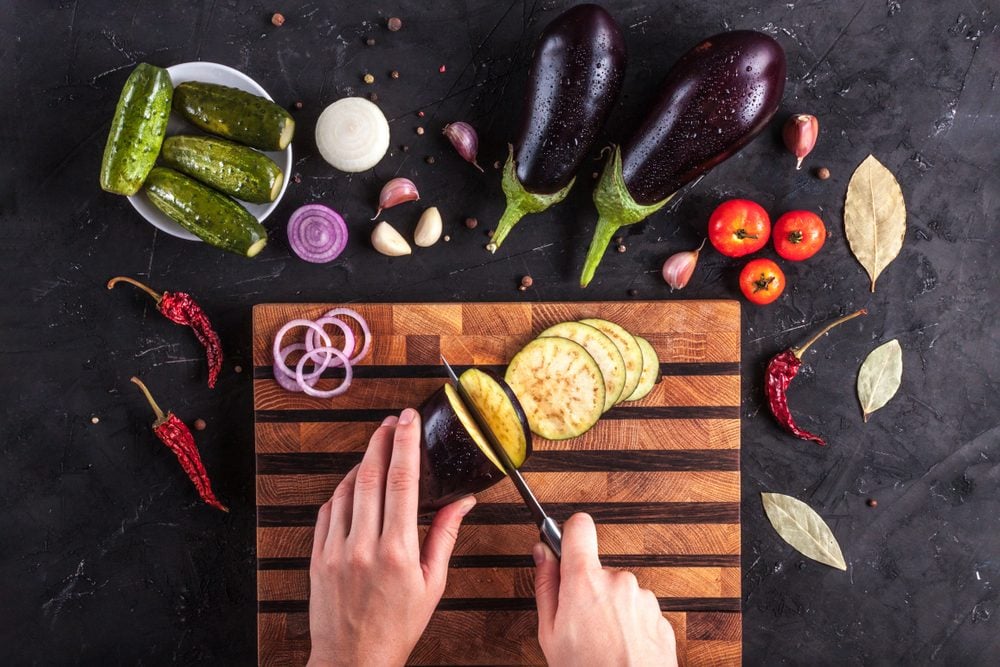 Think of it as an evolution

When going vegan, “people get so caught up in rules, they become anxious,” says Terry Hope Romero, author of the book Vegan Eats World. “Relax and learn to love to cook, explore new cuisines, and be adventurous with food. Most importantly, be easy on yourself. Don’t view a vegan lifestyle as the finish line, but as an evolving process of conscious eating.” Vegenista blogger Melissa Bechter says, “As my commitment to a cruelty-free lifestyle became stronger than my cravings, I found that eventually I lost my taste for animal-based foods.” Find out how many vegetarians and vegans go back to meat.

If you want, start quietly

It might be easier to become a vegan if you can avoid questions or scrutiny from others. “Don’t announce what you are doing; focus on yourself and being conscious of your surroundings, body, and food addictions first,” says longtime vegan John Salley, a four-time NBA champion and a partner of Vegan Vine wines. “Be still and strong in your ability to control your own life.” 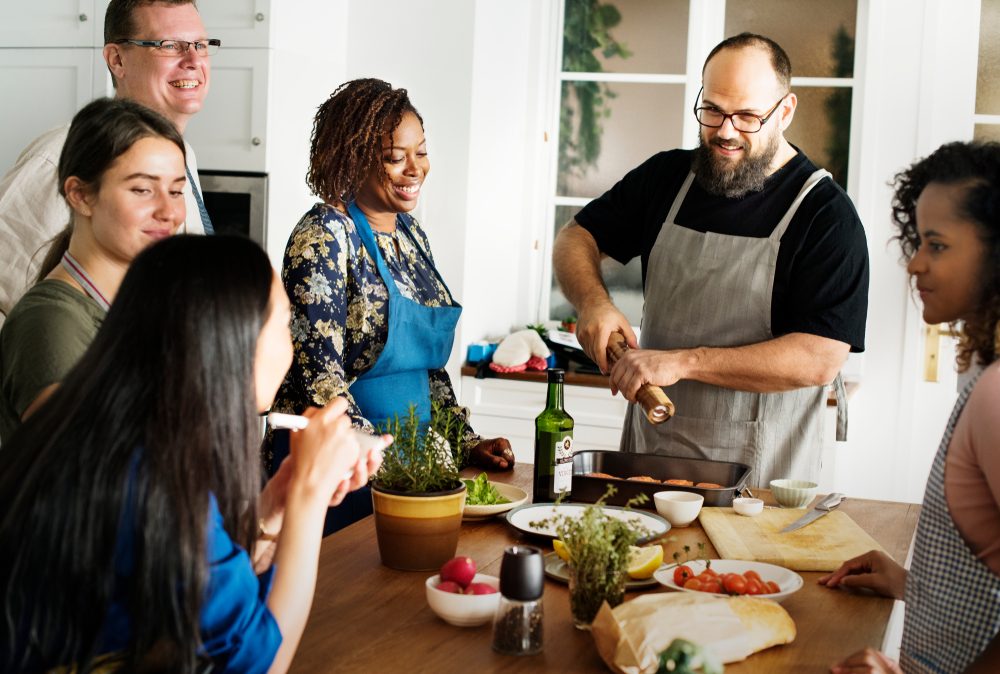 Once you begin your vegan diet, “you’ll need someone to rant to about how many times a day you get asked where you get your protein,” says Jill Wiseman, co-founder of e-commerce site Vegan Cuts. Whether your support lives next door or is through a Facebook page, you’ll widen your world of vegan-friendly products, recipes, and restaurants. If you don’t know where to look, Crystal Tate of Food for Lovers recommends the 30-Day Vegan Challenge: “[The] daily tips and videos hold your hand through grocery shopping, dining out, and trying new recipes.” 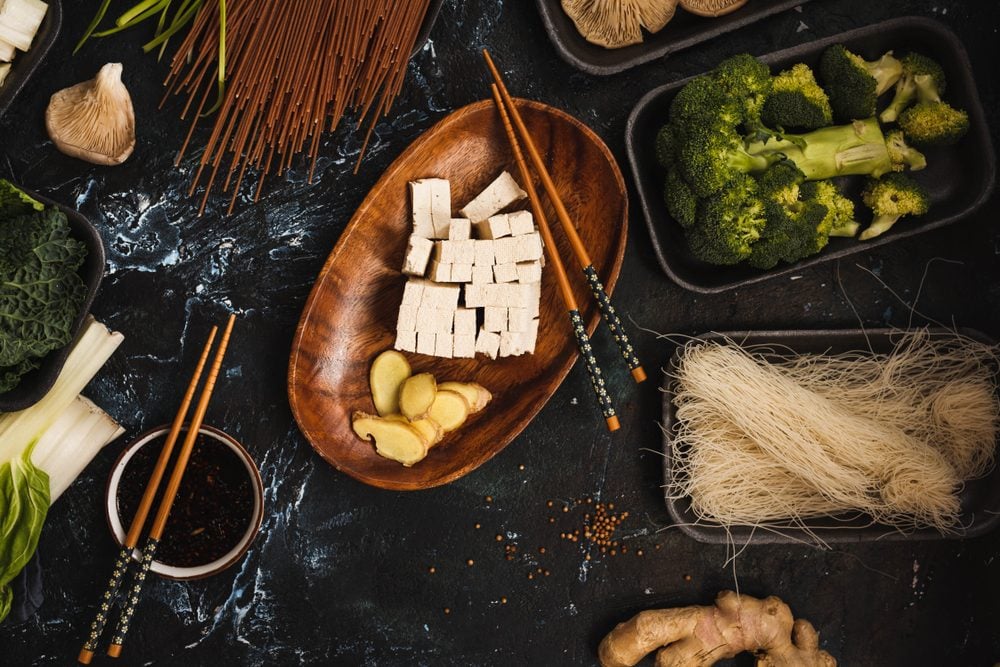 Don’t worry about getting enough protein

If you’re trying to figure out how to become vegan without letting your tummy rumble, “rich sources of concentrated protein include beans, soy products like tofu and seitan, quinoa, nuts, and hemp seeds,” says Moran. Plus, there are vegan protein powders you can add to water and shakes. As long as you include these staples, along with protein-rich veggies like asparagus, cauliflower, and broccoli, you should meet your daily requirements. Find out which other nutrients vegans might miss out on—and how to get enough.

Focus on vegetables (and fruits)

“Many who claim to be vegetarian or vegan are really starch-atarians filling meat voids with pasta, fries, bread,” and other non-plant substitutes, says Ashayla Patterson of the bakery Sweet Artique. Try to eat more healthy, whole foods to give your body the vital nutrients and antioxidants it needs. 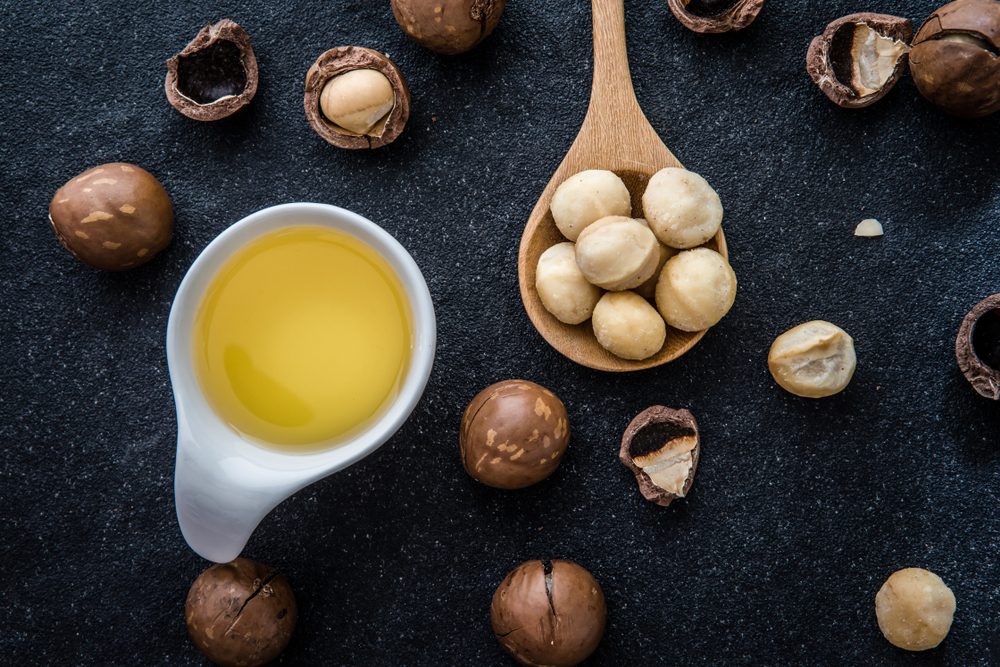 “When you remove animal products, you lose a lot of the fat and salt, which is often what contributes to the can’t-put-it-down taste,” says Kroecher. He likes to add rich, complex flavors with walnuts, avocados, pine nuts, sun-dried tomatoes, olives, fresh basil, cold-pressed flax seed oil, and unrefined grey or pink sea salt. Other ingredients to consider include nuts, dried fruits, protein powder, chia or hemp seeds, and Spirulina, a protein-dense freshwater algae. Try these 11 tofu recipes even meat eaters will love. 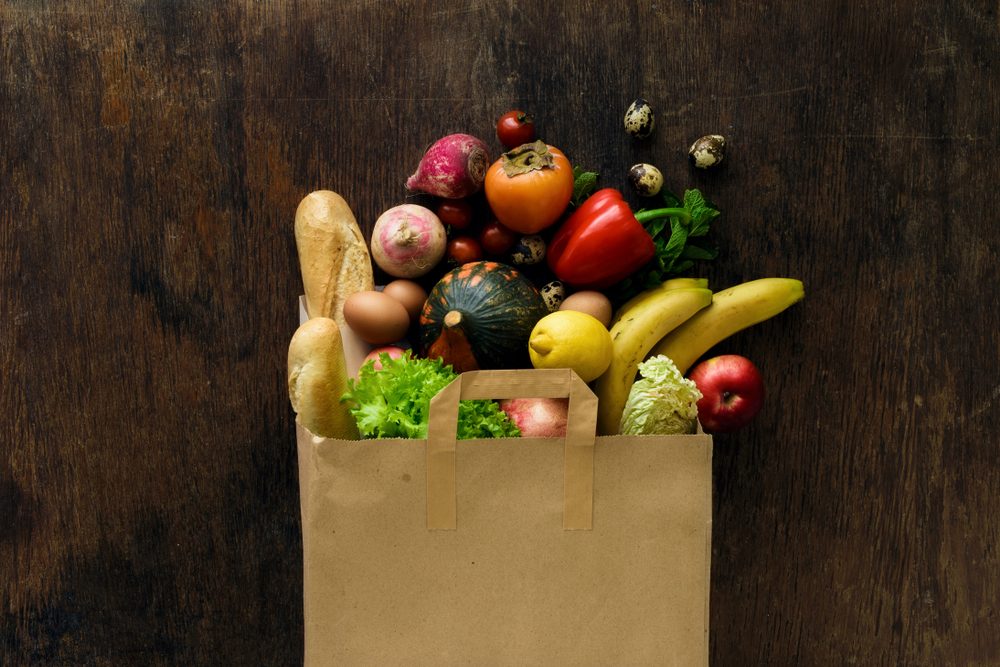 Rethink how you shop for food

Many staples of a vegan diet like grains, beans, and nuts are cheap, and they usually store well if you buy them in bulk. Bechter also suggests you join a CSA (Community Supported Agriculture); shop at farmers’ markets an hour before closing for discounts; and visit vegancuts.com for daily deals and discounts on vegan food and lifestyle products. You can also find more grocery shopping tips in the book Eat Vegan on $4 a Day by Ellen Jaffe Jones or at the site Plant-Based on a Budget. These are the 10 best vegan foods to stock up on at Costco. 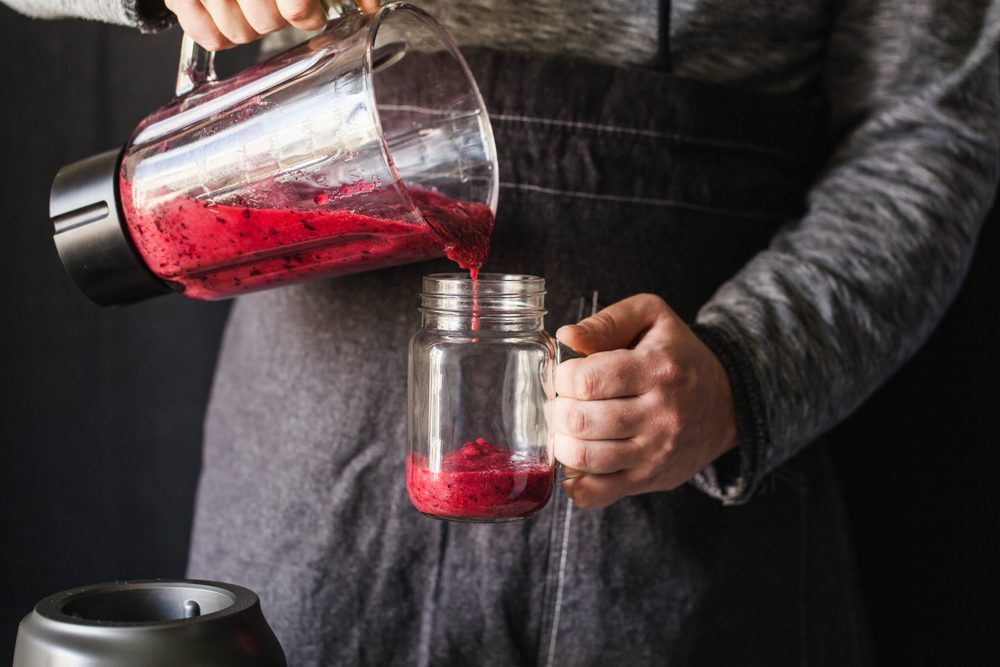 You can still eat out

Even fast-food places are starting to offer vegan options on their menus. Chipotle serves Sofritas, a shredded, organic tofu cooked with chipotle chiles and roasted poblanos. Tropical Smoothie Cafe will substitute plant-based protein Beyond Meat (which shreds up like cooked chicken) in all salads and sandwiches at no extra cost. You can find other choices on this comprehensive list from PETA. 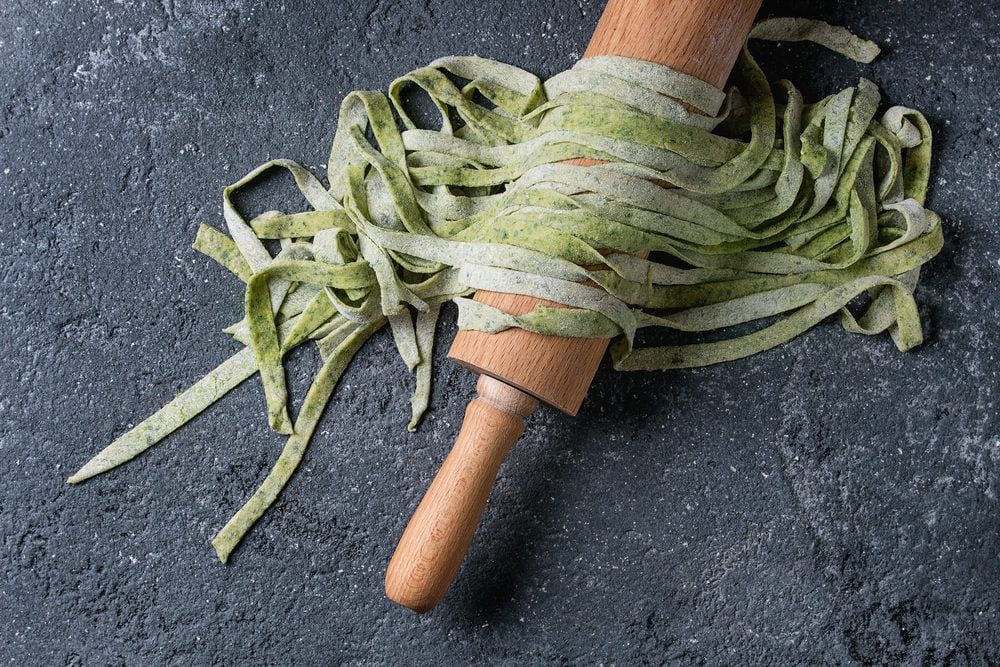 Whether you’re eating out or cooking at home, be adventurous. Moran says, “Asian cuisines have tantalizing plant-based options originating from the spread of Buddhism.” She also likes Italian pastas; Ethiopian lentil stews; satisfying and spicy Indian curries; and Mexican veggie tacos, fajitas or burritos (“just hold the cheese”). Check out the reason vegans are using jackfruit as a meat replacement. 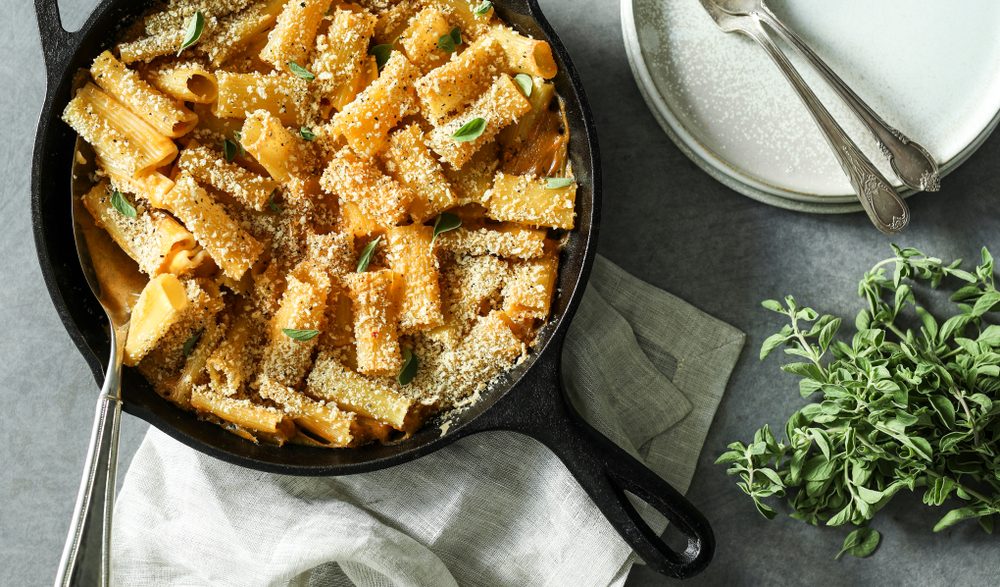 Vegan versions of your beloved recipes will inevitably have different tastes and textures from what you are used to. Instead, create other go-tos, or try to incorporate similar flavors in new dishes when learning how to become vegan with your cooking. “I began experimenting with ‘transition foods’ to help quell the cravings for cheese and dairy,” says Bechter. “When I realized that I could still make some of my favorite recipes with non-dairy alternatives, like pizza, macaroni and cheese, or grilled cheese sandwiches, it became easier for me to cut out the dairy habit.” 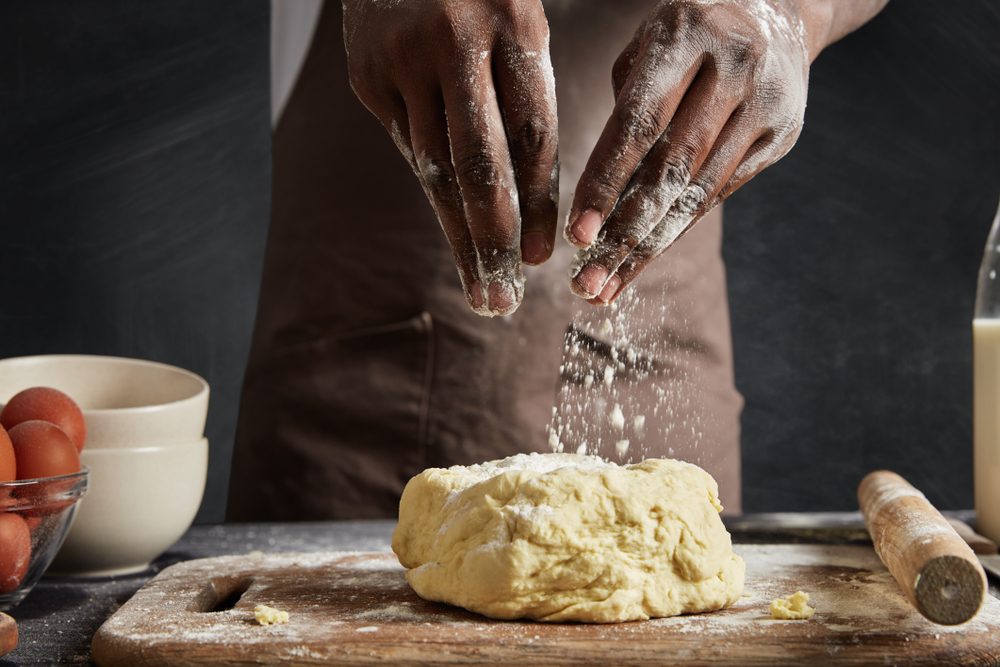 There’s no shortage of great information on how to become vegan: Googling “going vegan” yields 677,000,000 results! The experts we interviewed recommended everything from blogs (Lunch Box Bunch, FatFree Vegan Kitchen) to non-preachy books (Main Street Vegan, Eating Animals) to groups that set you up with a vegan mentor. Ashayla Patterson recommends, “[Start] with film documentaries because seeing real people and their stories is often more compelling than reading about the virtues of veganism.” Try streaming options like Forks Over Knives. Next, learn about the 13 things that happen to your body when you go vegan.