The Best 12 Cities in the World for Book Lovers

When they're planning their vacations, literary tourists look for beautiful and historic bookstores, places of bookish importance and cities where the current literary scene is alive and well. If this sounds like your kind of trip, then we've got some recommendations on where you should start. 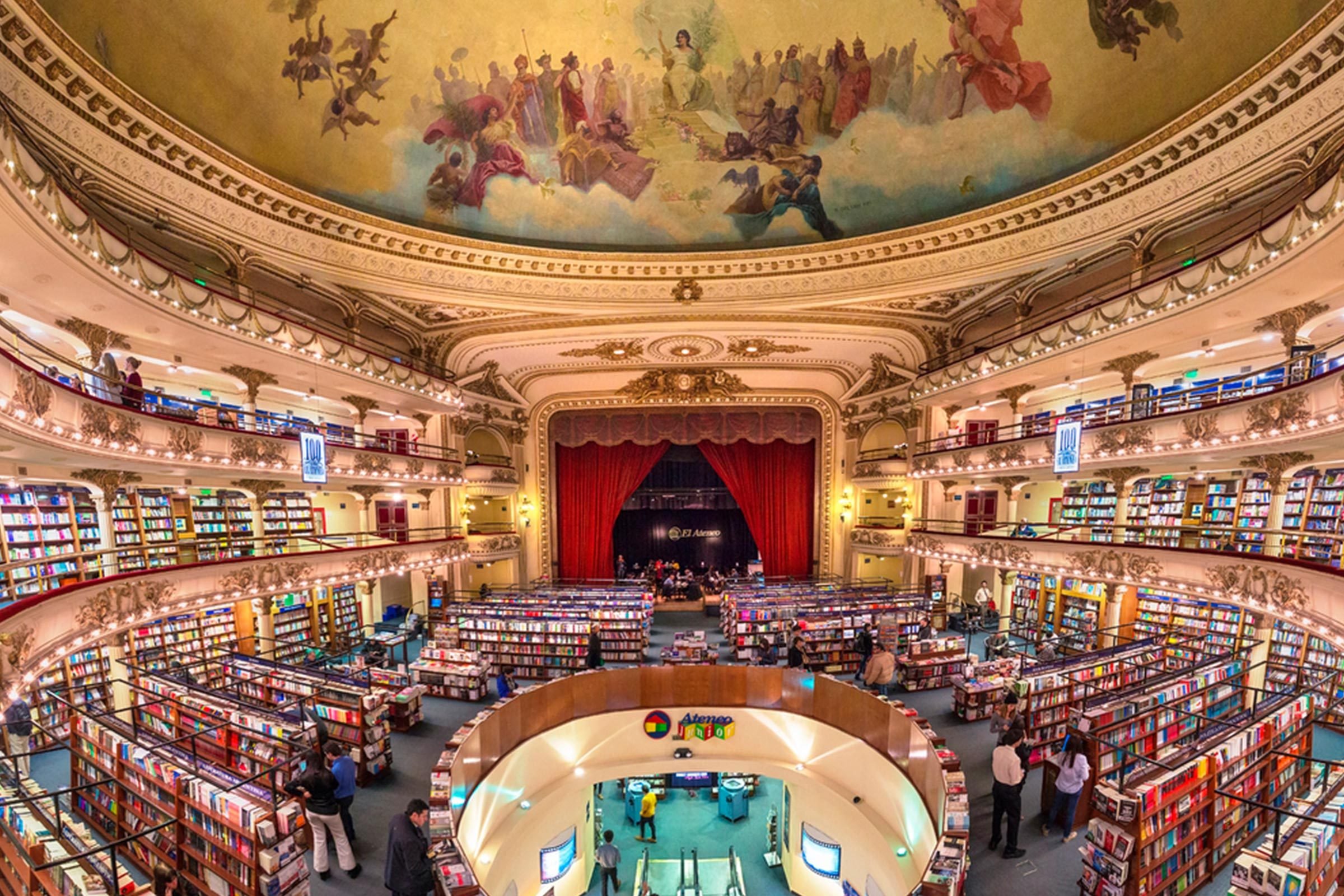 If browsing through gorgeous old bookstores all day sounds like a slice of heaven to you, then Buenos Aires should be on the top of your literary travel bucket list. Buenos Aires boasts more bookshops per resident than any other city in the world (that’s 690 bookshops total, according to a report from 2016), and there are some real gems on the list: in 2015, El Ateneo Grand Splendid, a bookshop housed in an old movie theater, was voted second most beautiful bookshop in the world by the Guardian. While you’re browsing, you might want to look for one of these 18 books that became hit movies. 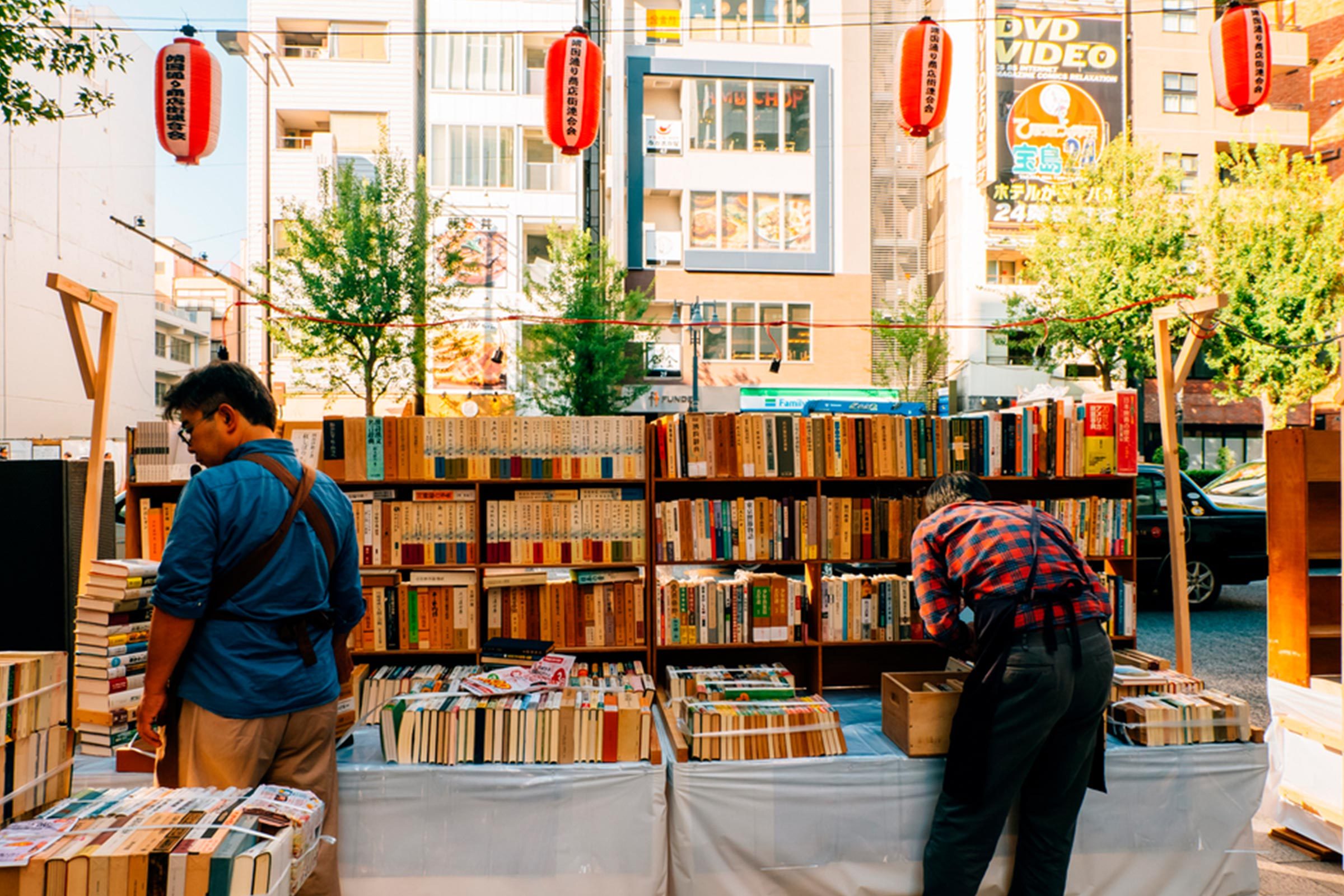 You can stumble into a surprising number of secondhand bookshops in the ultra-modern city of Tokyo. In fact, a stroll through Jimbocho Booktown (a neighborhood right off the Jimbocho metro station) will take you by more than 160 used bookshops! Tsutaya Books, a popular chain with branches in many cities throughout Japan, has plenty of books in English and a large selection of architecture and design titles. 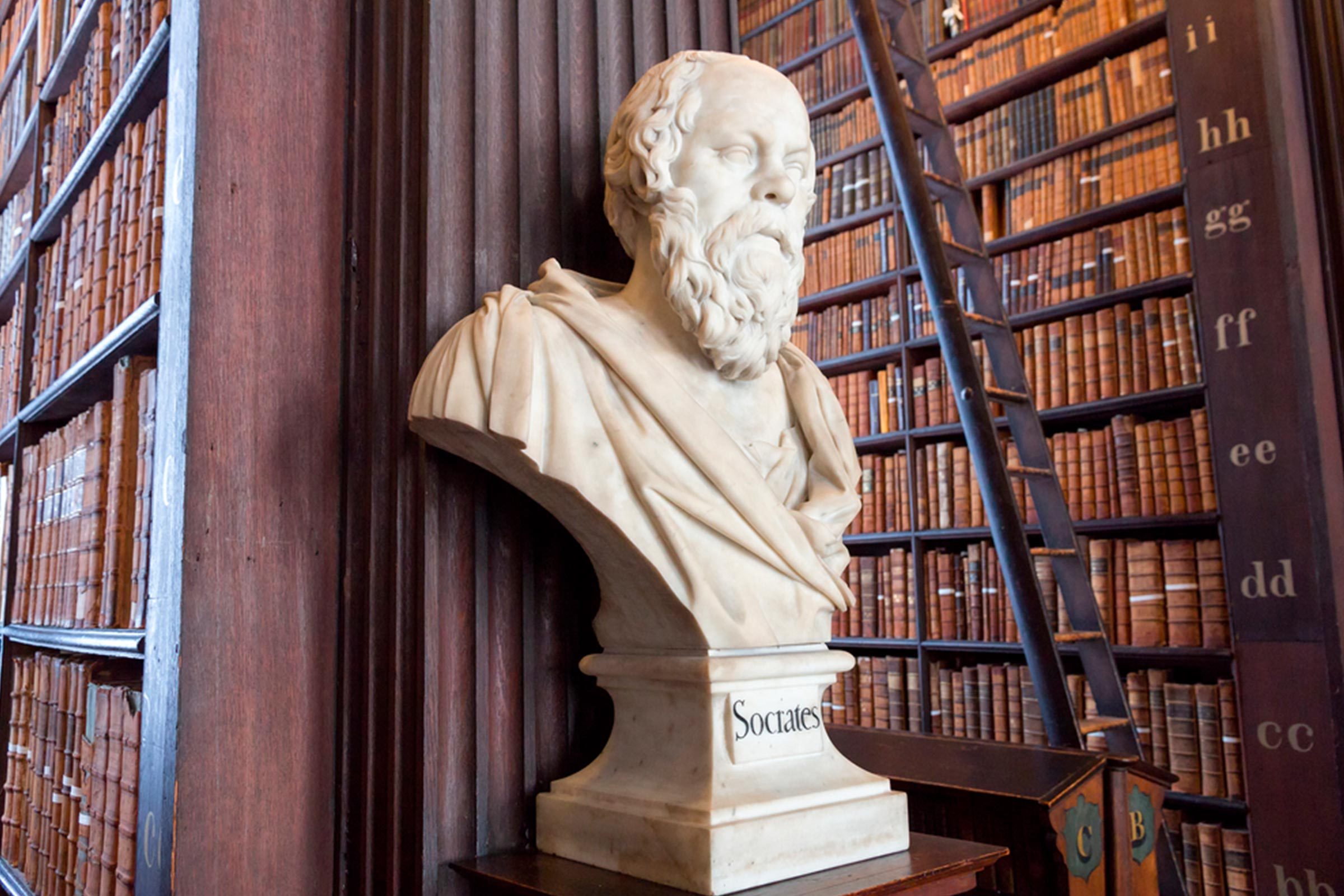 Some books are just better with pictures. And The Book of Kells is no exception. This 9th-century masterwork is the world’s most famous illuminated manuscript, and for good reason—just check out some photos of it. You can visit this national treasure at Trinity College in Dublin. Are you more into modern literature? Visit the James Joyce Centre for a walking tour of the city that gave the author of Dubliners and the famously inscrutable Ulysses his start. 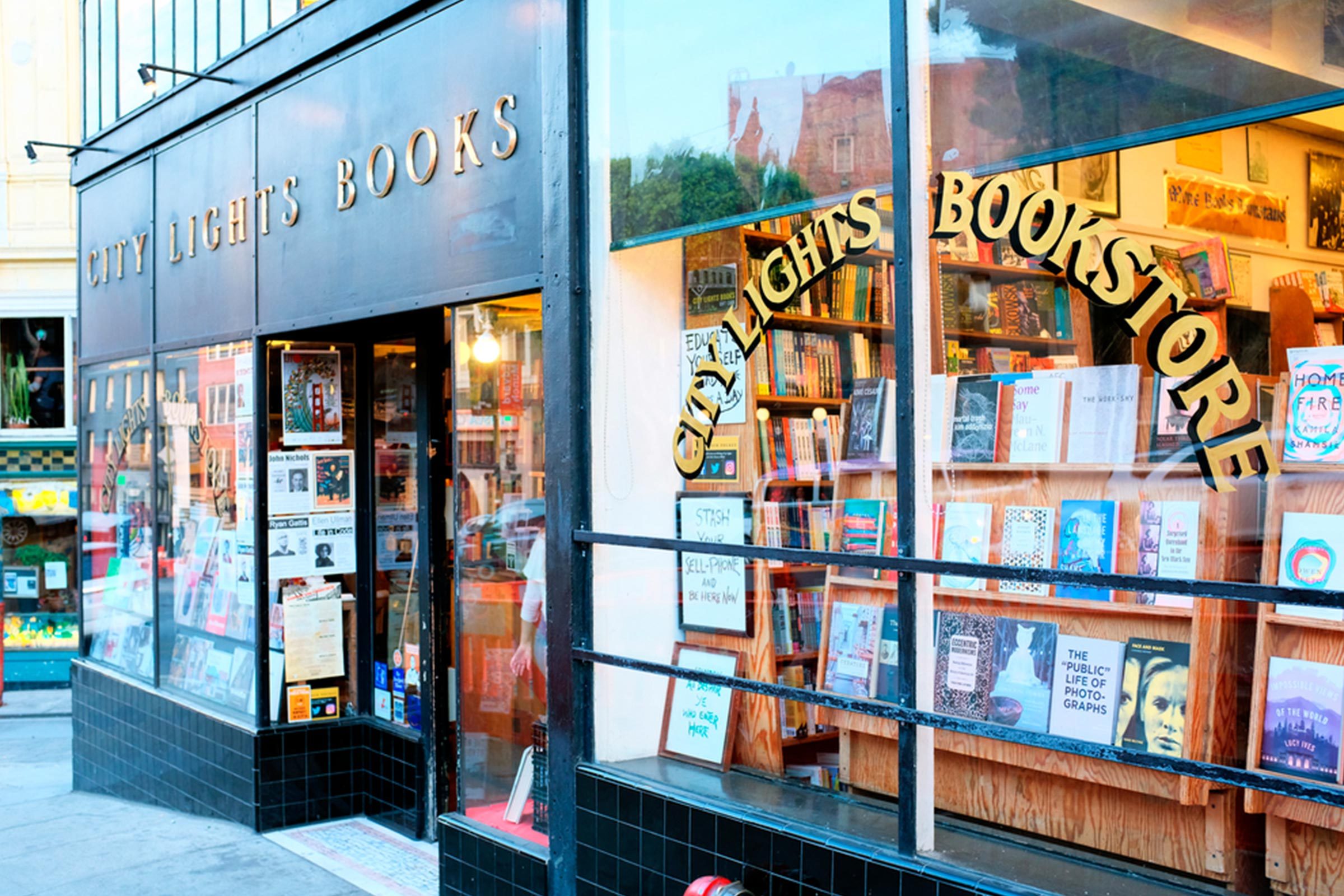 The City by the Bay has been the backdrop for many famous works of fiction, including Dashiell Hammett’s noir masterpiece The Maltese Falcon. Walking through the heart of the city will take you by many of the spots mentioned in the novel, including John’s Grill, which serves up a mean steak to this day. City Lights Bookstore is another can’t-miss literary hotspot in San Francisco, as well as the nearby Beat Museum. With any time you have leftover, walk through the Mission District to visit some of the cutest and most curated bookshops in the country. Looking for a gift for the one you love? These are must-have gifts for book lovers. 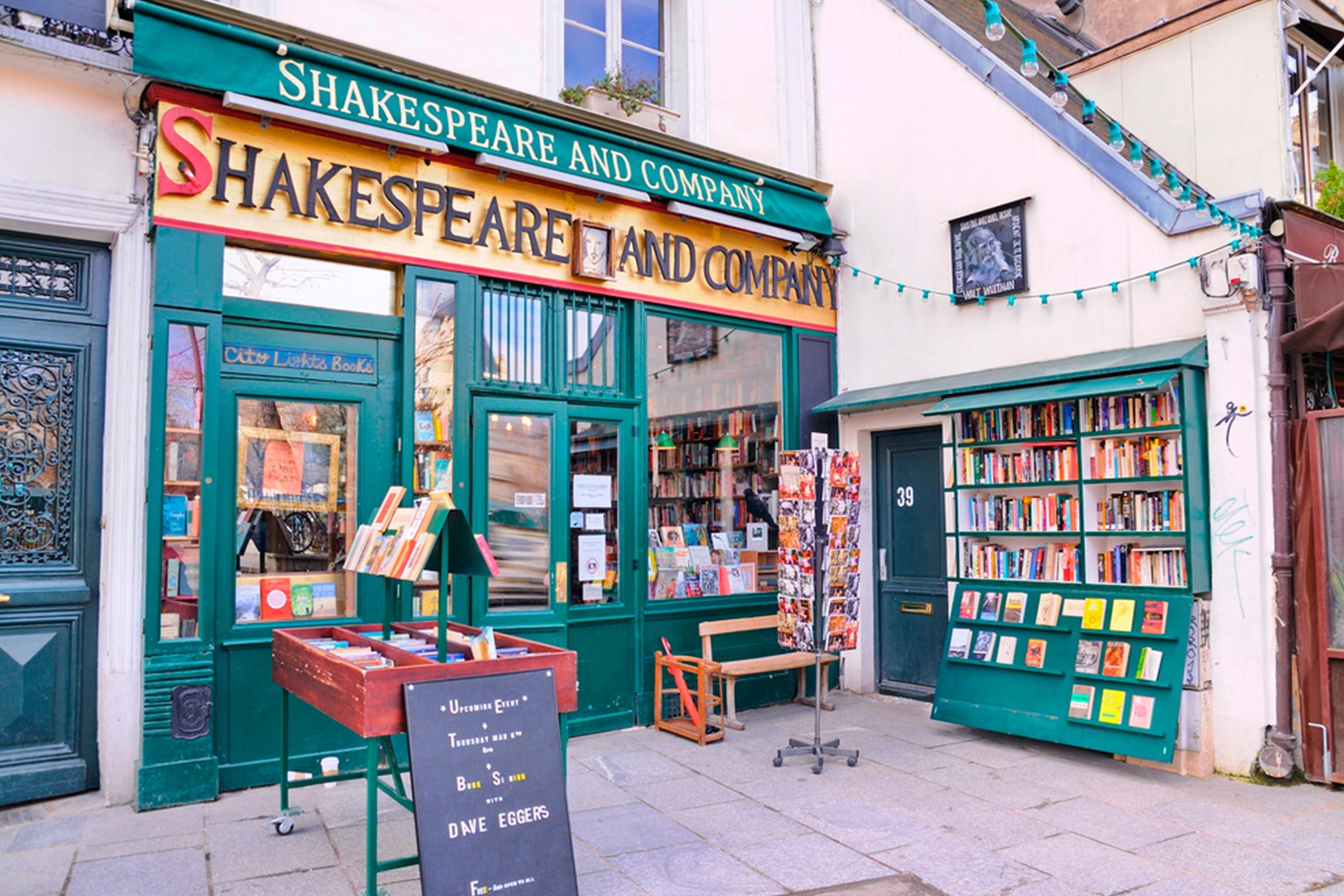 One can’t find a city with much more literary history than Paris, where the salons held in Gertrude Stein’s house allowed greats like F. Scott Fitzgerald and Ernest Hemingway along with artist Pablo Picasso, to rub shoulders and butt heads over copious amounts of wine. Visit the historic Shakespeare & Company Bookshop, pick up a copy of the Paris Review and have a drink at La Closerie de Lilas, the lively bar where French writers like Paul Verlaine and Charles Baudelaire drank absinthe and scribbled down their first drafts. If you’re looking for a literary tour closer to home, though, check out these 9 literary landmarks in the United States that are definitely worth a visit. 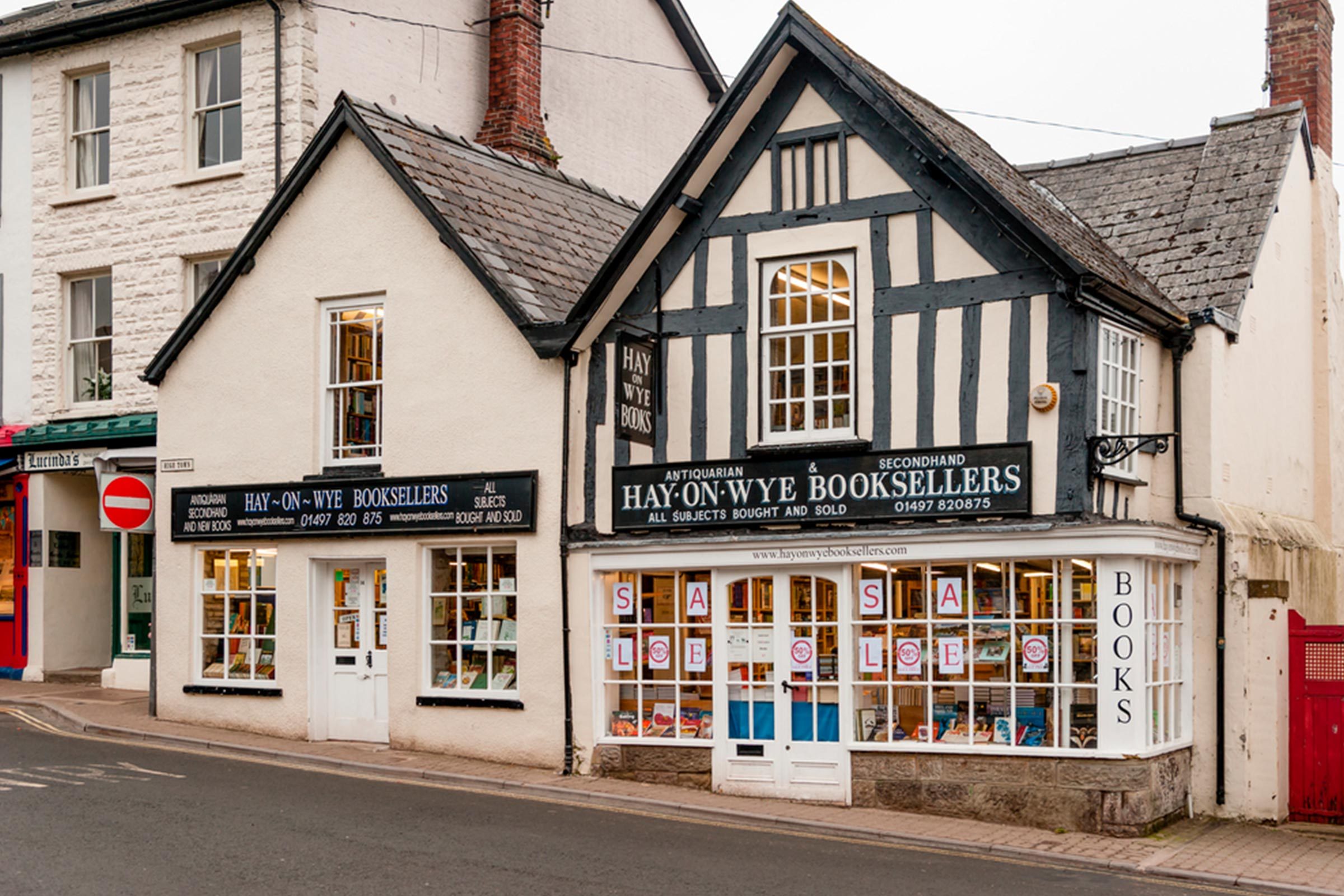 Hay-on-Wye may not be on your bucket list yet, but it ought to be. This little village just at the border of England and Wales is home to more than 30 used bookshops and the annual Hay Festival, where authors, readers, booksellers and book enthusiasts from all over the world gather for a weekend of literary events. If you fall into one of these categories, you’ll want to take a look at this list of 30 most quotable books ever written. 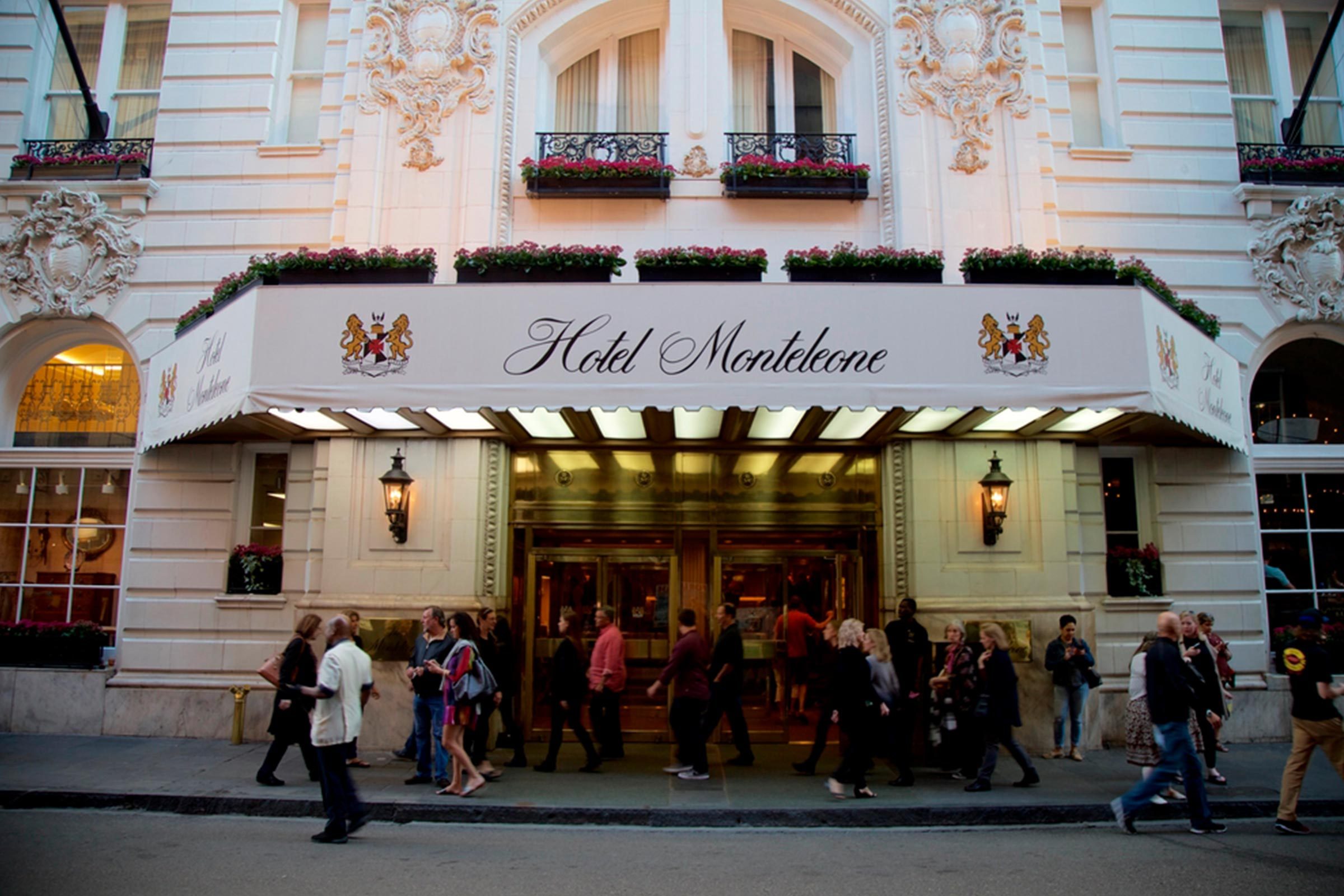 The Crescent City has seen it’s fair share of literary greats. Visit Hotel Monteleone and its spinning carousel bar to shadow the footsteps of writers like Ernest Hemingway, Tennessee Williams, and William Faulkner, who have all called the place home for a period of time. Once a year, you can visit New Orleans for the Tennessee Williams Literary Festival, when tons of writers gather for lectures and workshops on historical and modern literature. Hungry? Visit Backspace Bar & Kitchen NOLA, where every custom dish and drink is named after a book. Find out the most popular book in every state. 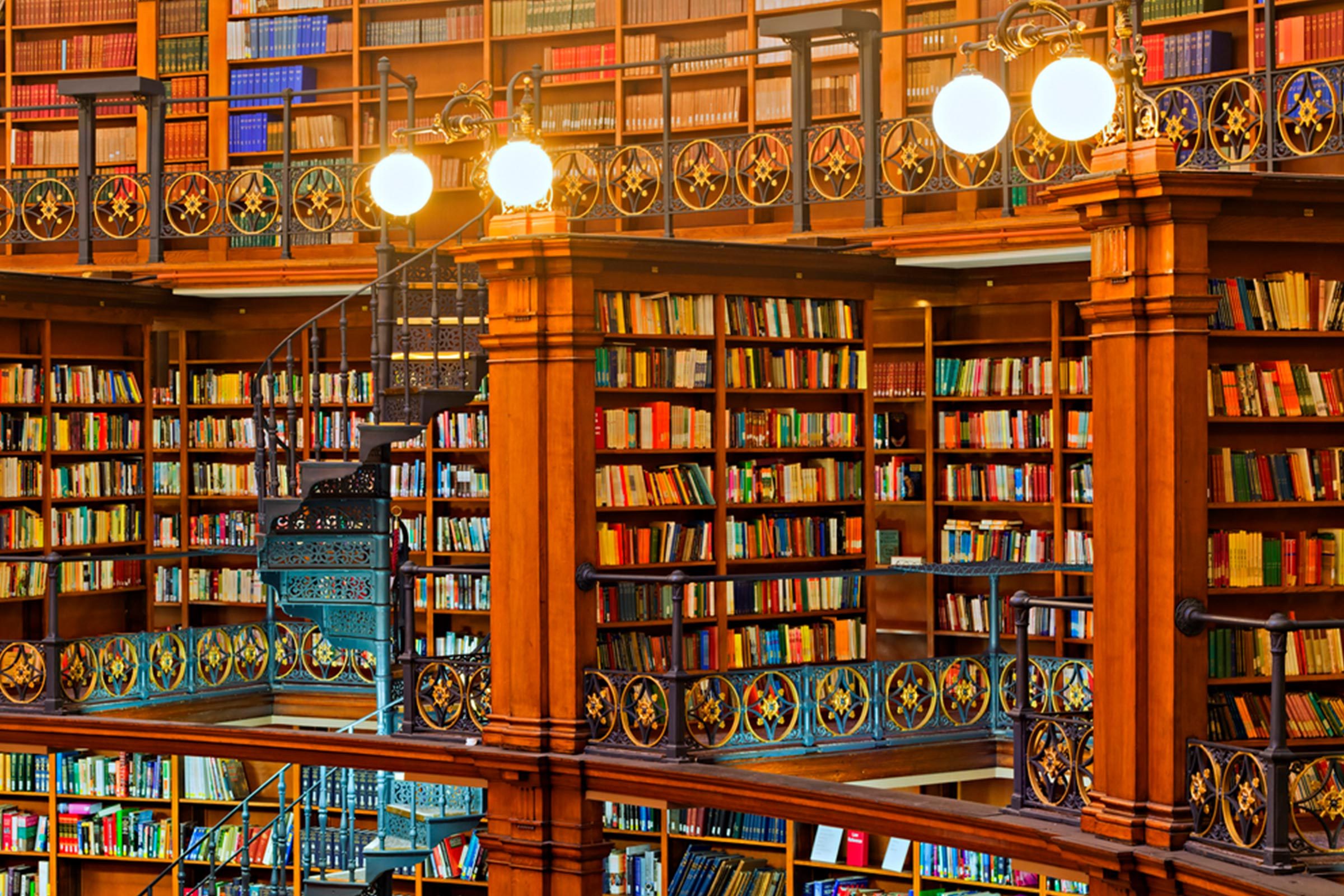 London has served for the inspiration for countless works of fiction. To begin with, take the Shakespeare’s and Dickens’ walking tour from London Walks, and pay a visit to the St. Bride Foundation, where you can take a letterpress or woodblock printing workshop. Check out what exhibitions are going on at the British Library, which houses some amazing literary treasures in its collections. London is also one of the most surveilled cities in the world. 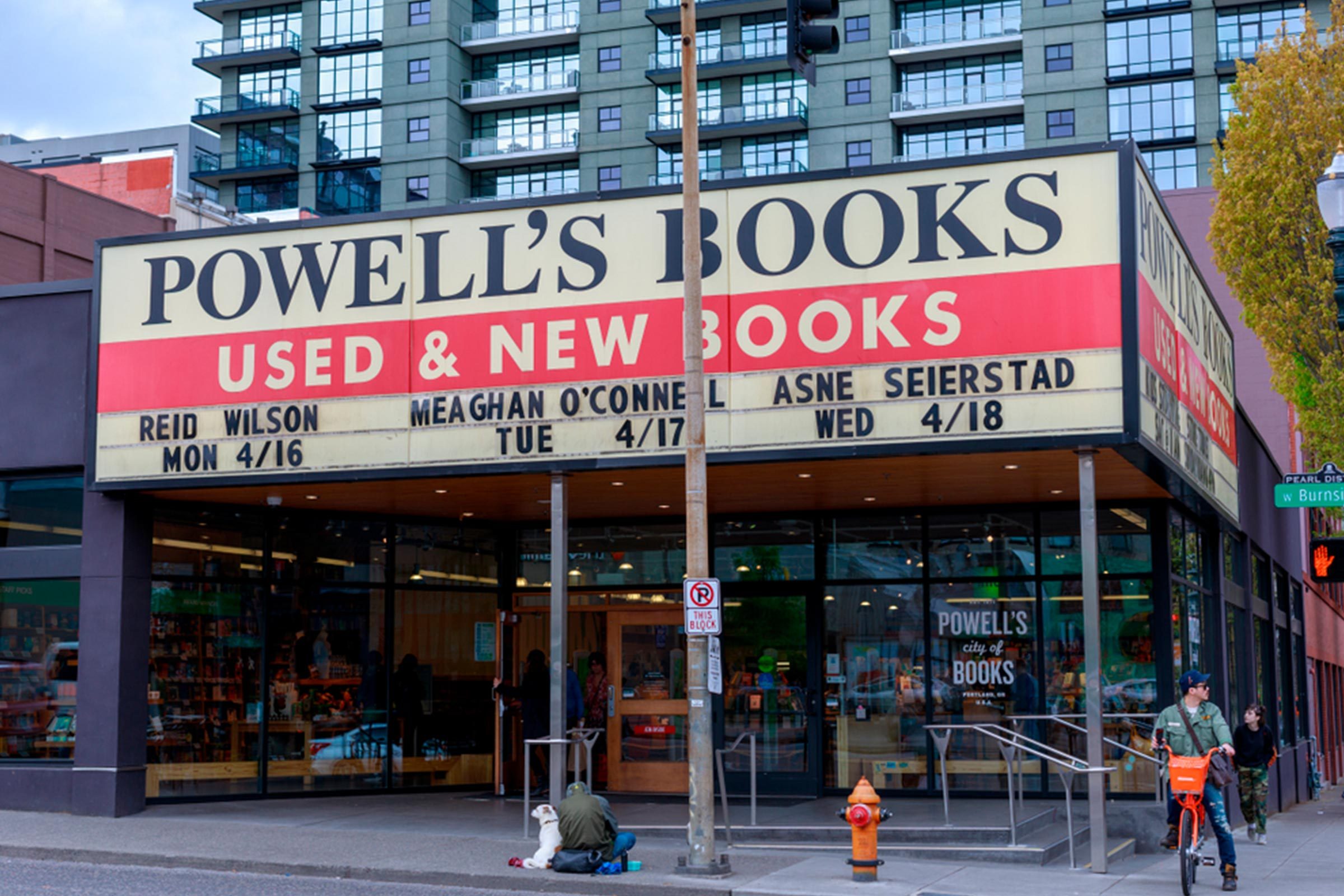 Of course, you know about Powell’s Books, the self-proclaimed “city of books,” and the best place to start your book-buying tour of Portland. For next stops, consider Division Leap, a small rare books shop that specializes in poetry, counter-culture material and art books, or Mother Foucault’s Bookshop, which has books on politics and philosophy in dozens of different languages. Don’t miss the most iconic book set in every state. 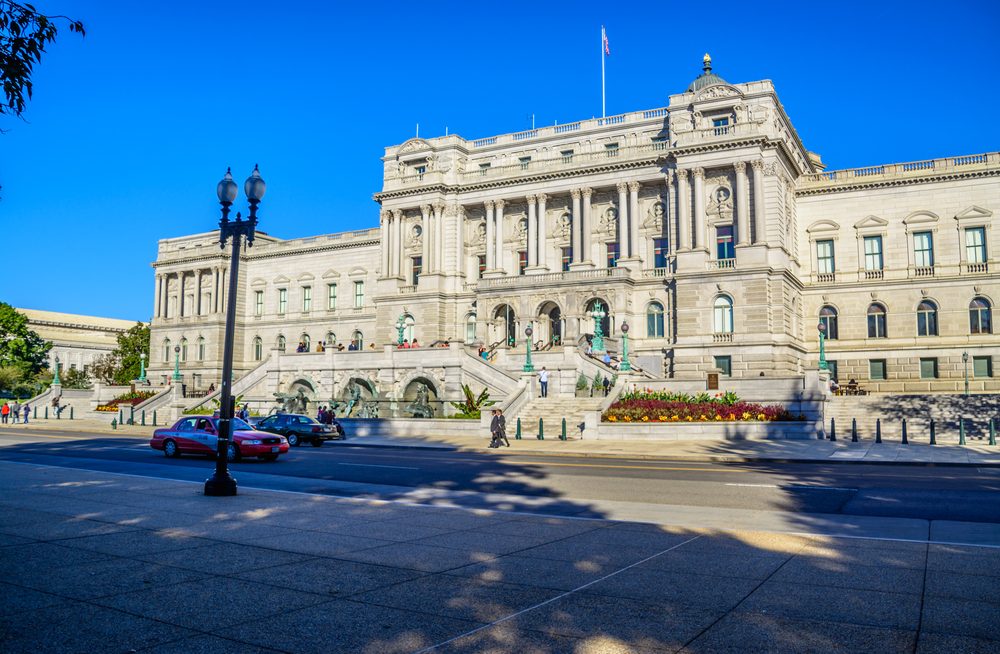 Hopefully, you already know how awesome libraries are, but if you want to really have your socks knocked off, a visit to the Library of Congress is in order. This huge repository of knowledge is housed in the gorgeous Jefferson Building, which you can take a free guided tour of. You’ll also want to visit some of the Capitol City’s many bookstores, including Politics & Prose, which is housed in a lovely coffee shop, and Busboys and Poets, a full-service restaurant and bar with an incredible bookshop alongside. Be sure to check out this list of the most impressive libraries in every state. 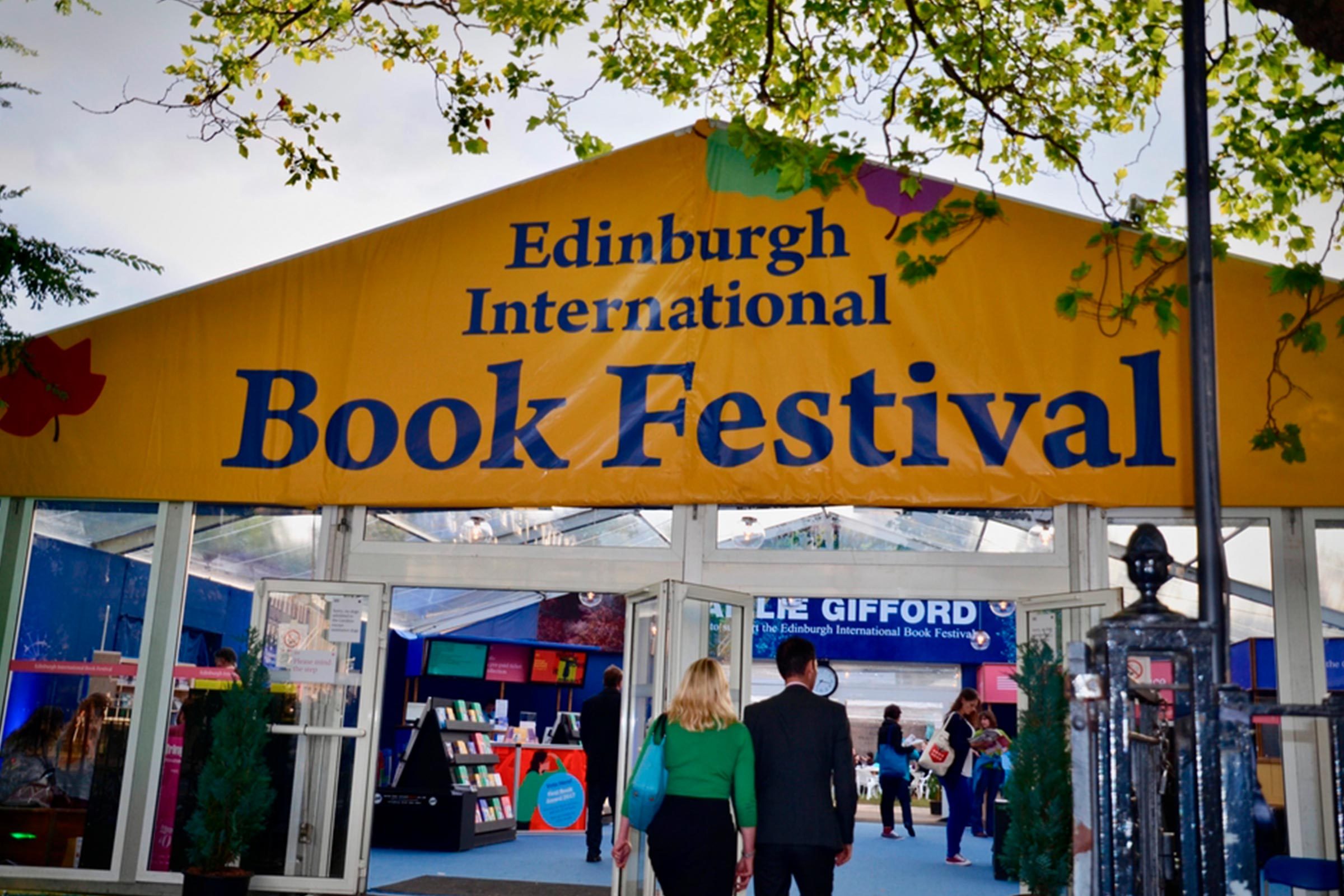 Edinburgh hosts the world’s largest book festival, The Edinburgh International Book Festival, every year, along with a handful of smaller events such as the Independent Radical Book Fair. Pay a visit to the Writers’ Museum or the Scottish Poetry Library to get your nose in some books, attend a reading or lecture, and learn about the country’s rich literary history. 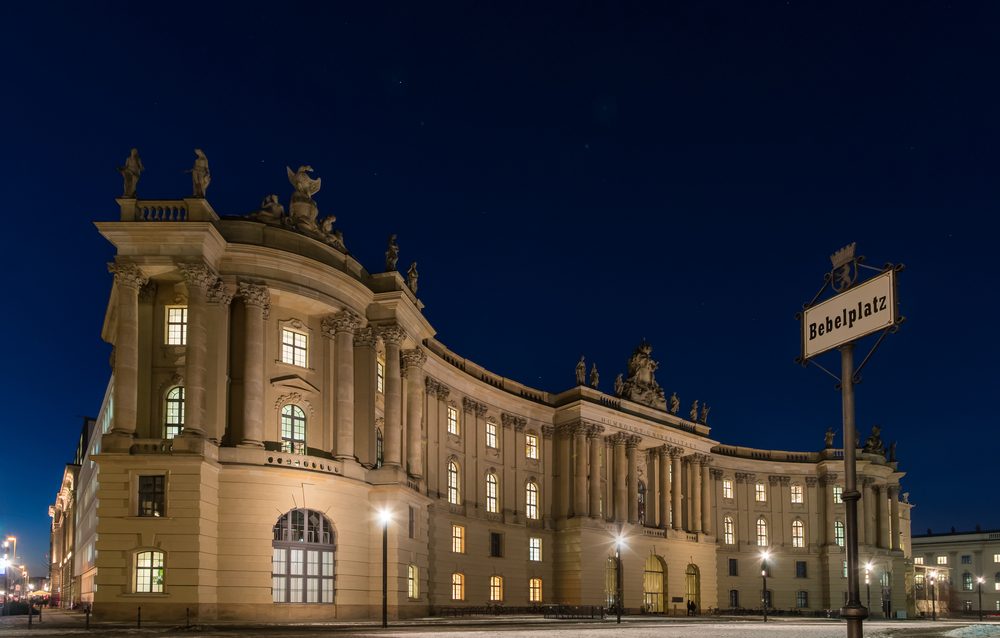 Berlin isn’t as well-known a writer’s paradise as Paris, but the city has seen many literary greats pass through in its history. Franz Kafka, Vladimir Nabokov, and Christopher Isherwood are among the most famous writers to have called Berlin home, and you can take a walking tour that highlights the latter’s haunts throughout the city. For a solemn reminder of books’ place in history, visit Bebelplatz, the site of the Nazi’s largest book burning in 1933. Next, find out 100 of America’s favorite novels.

Robin Babb
Robin is a freelance writer and editor in Albuquerque, New Mexico. She is a regular contributor to The Weekly Alibi. Her writing has also appeared in edible, The Establishment, and Mask Magazine. She is particularly interested in food, music, pop culture, and their intersections with social justice.