Here's a look at the most popular cuts of beef and when to use them—plus some thoughts to keep in mind when you're ready to cook. 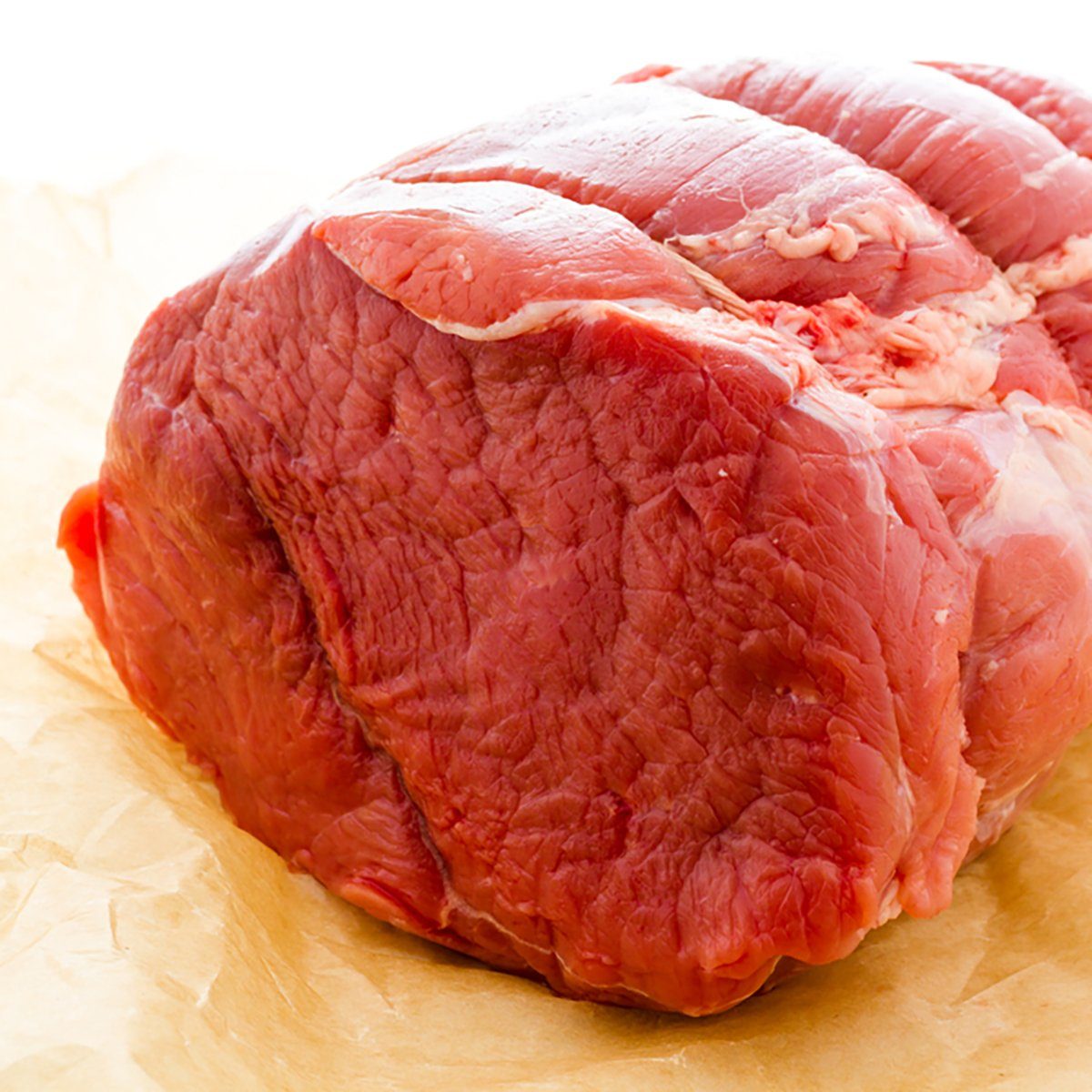 Anything labeled “chuck” comes from the cow’s shoulder area. All chuck is known for having a rich, beefy flavor, and most (but not all) cuts of chuck are lean and grow more tender with longer cooking. In other words—perfect for the Crock Pot! This includes any chuck labeled as “roast.” Learn the safest types of meat to buy.

Chuck Roast Substitutes: Sometimes, chuck roast is labeled as blade roast, 7-bone roast, or arm roast. If you can’t find any of these options, try another uniformly-shaped, lean cut of beef like tri-tip roast, top round roast, or bottom round roast (sometimes called rump roast). 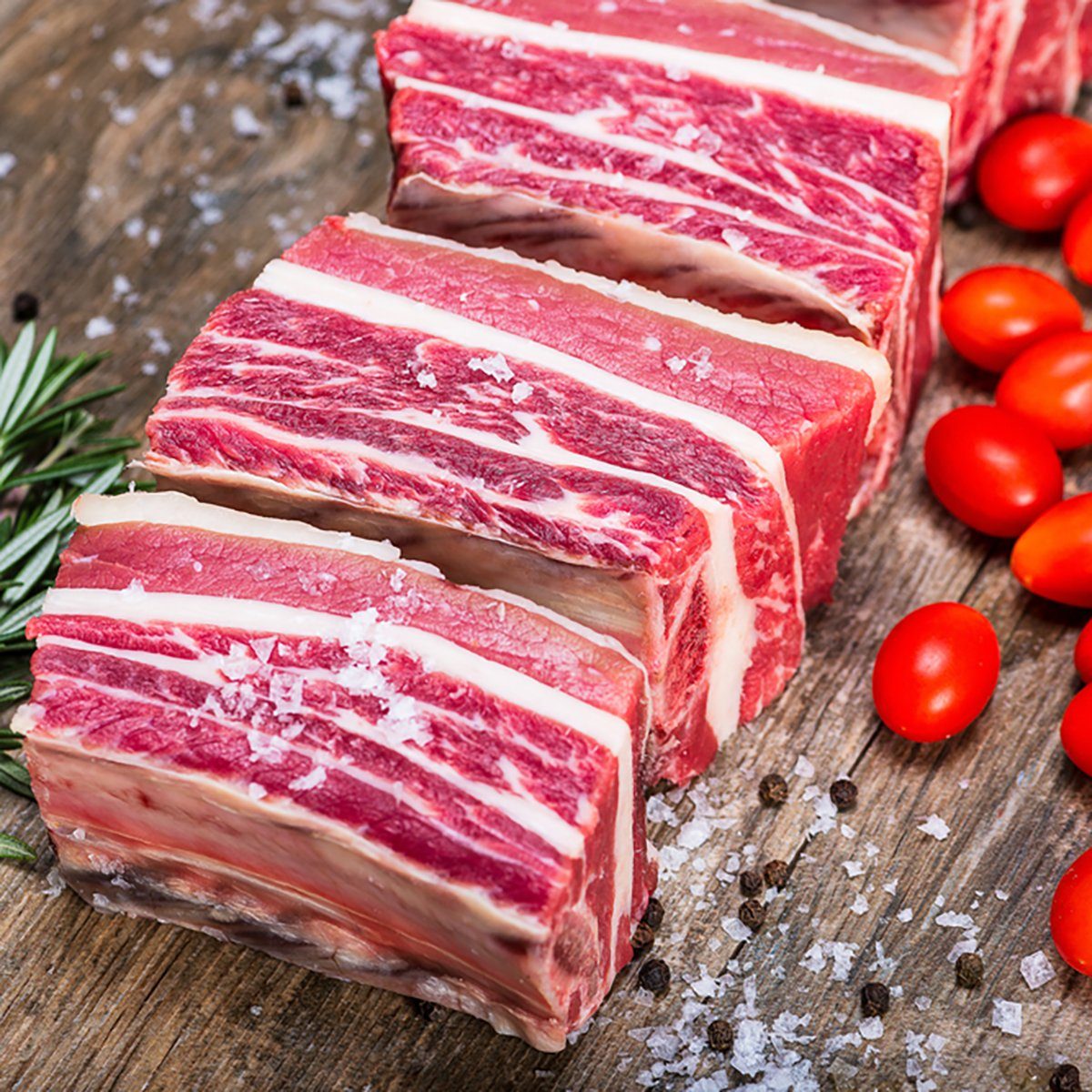 Short ribs are not to be confused with regular beef ribs, which come from the back of the cow. Like a chuck roast, short ribs require slow cooking or braising to bring out their tenderness.

Short Ribs Substitutes: For a bone-in alternative, try using beef ribs, beef shank, or oxtail, although these cuts contain less meat than short ribs. A good meaty but boneless option is chuck roast, which can be cut in the shape of boneless “ribs.” 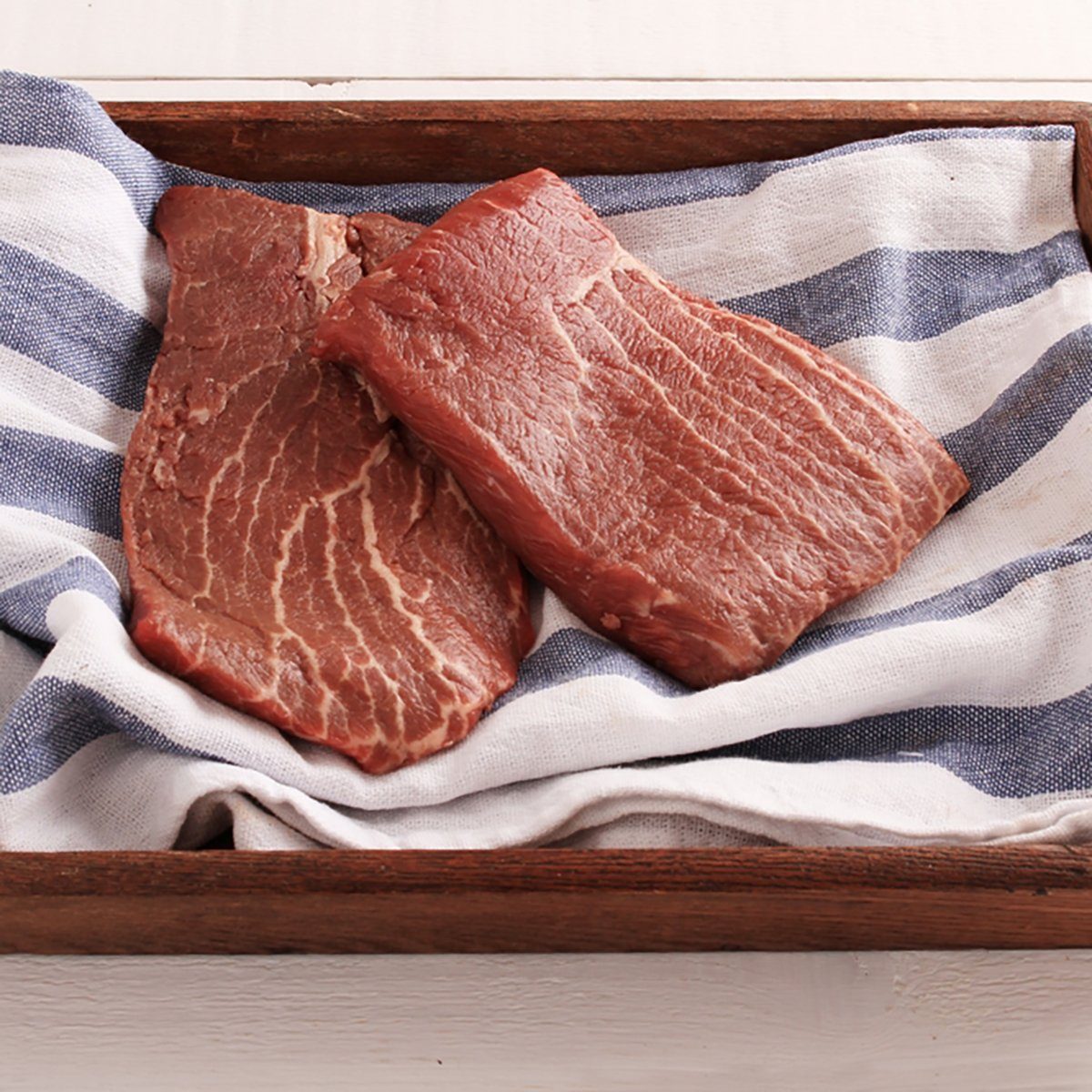 Flat iron steak is an extremely tender, grill-ready cut. It’s more marbled with fat than a chuck roast or short ribs and doesn’t require slow cooking. In fact, a flat iron steak is best when grilled quickly over high heat. Find out the secret to super tender meat every time you grill.

Flat Iron Steak Substitutes: Flank steak or skirt steak work really well if you can’t find flat iron steak. They cook up similarly, but you will want to marinate them before hitting the grill. 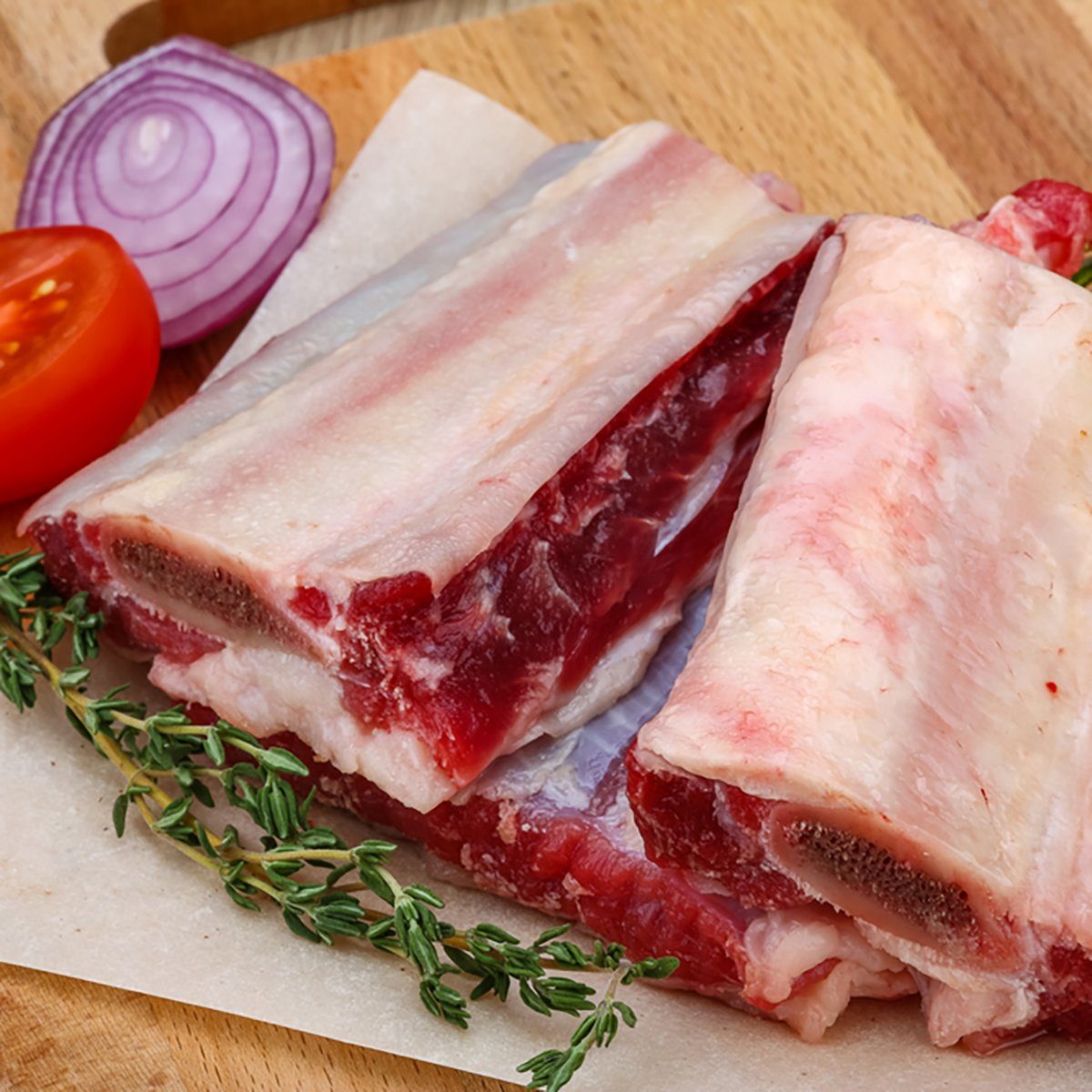 Back ribs, also called beef ribs, are the signature ribs for barbecue. It’s a flavorful cut that’s great with a smoky dry rub or tangy sauce. You’ll want to cook low-and-slow for the most tender and flavorful meat.

Back Ribs Substitutes: This is a hard one. Beef short ribs won’t turn out as tender as back ribs, so choosing pork spareribs is probably your best bet. If you’re really in the mood for beef, turn to bone-in ribeye steaks, since the back ribs are cut off the ribeye subprimal. 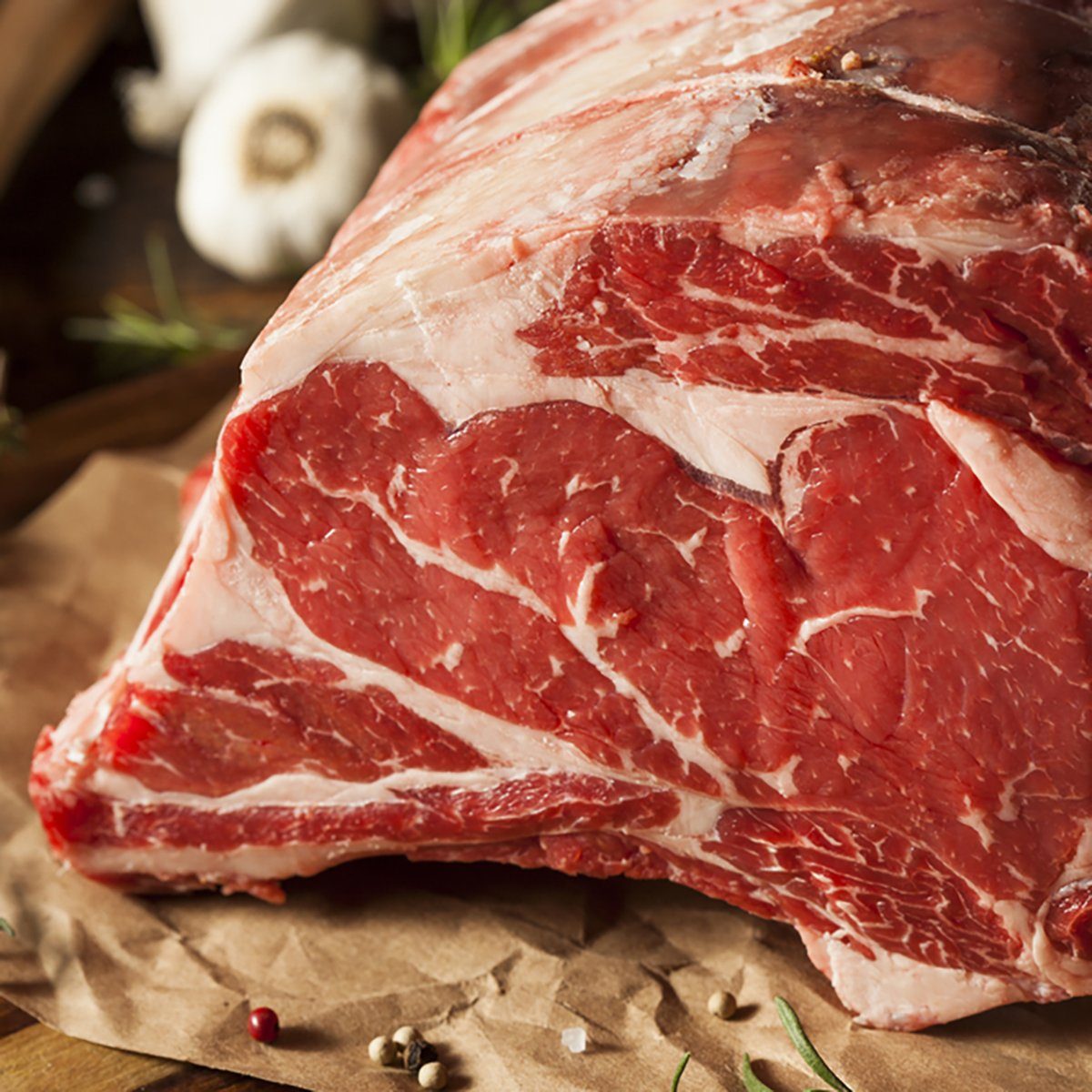 The butcher can carve up a ribeye roast that’s bone-in or boneless. Either way—it’s perfect roasted for a special dinner. By the way, you’re wasting your money if you throw out these 10 cuts of meat.

Ribeye Roast Substitutes: Top loin roast (the cut that produces strip steaks) is the ideal substitute for ribeye roast because of its marbling and similar fat cap. You could also use the eye of round roast, which is sometimes called the “poor man’s prime rib.” 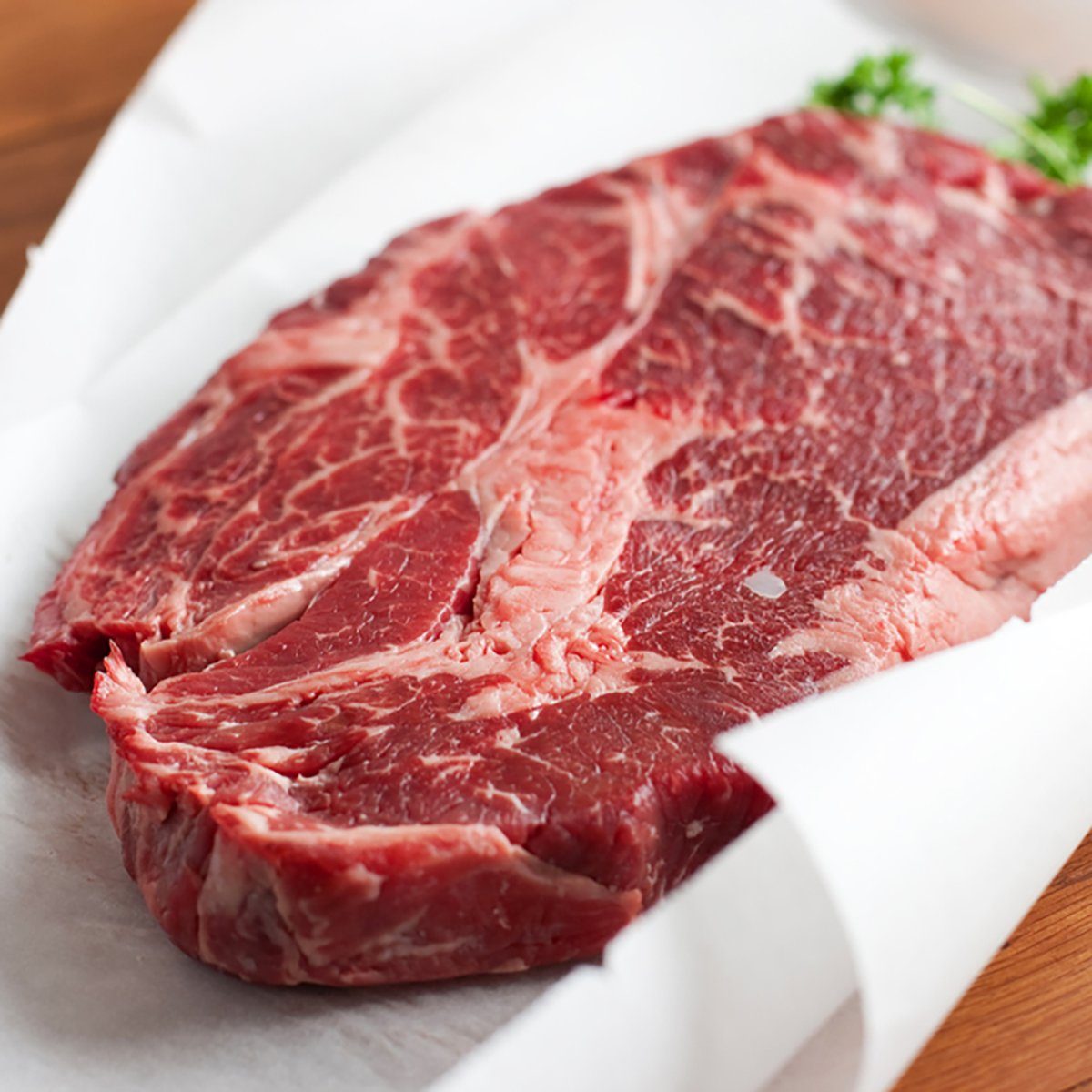 This bone-in steak is beautifully marbleized, making it extremely rich and juicy. It’s a hearty fill-the-plate cut that’s great with a baked potato or corn on the cob.

Ribeye Steak Substitutes: You have several options here. A New York strip steak is a good choice because it has a similar level of marbling. If you want to take your steak to the next level, choose a Porterhouse or T-bone steak, which is a strip steak that also contains the tenderloin. 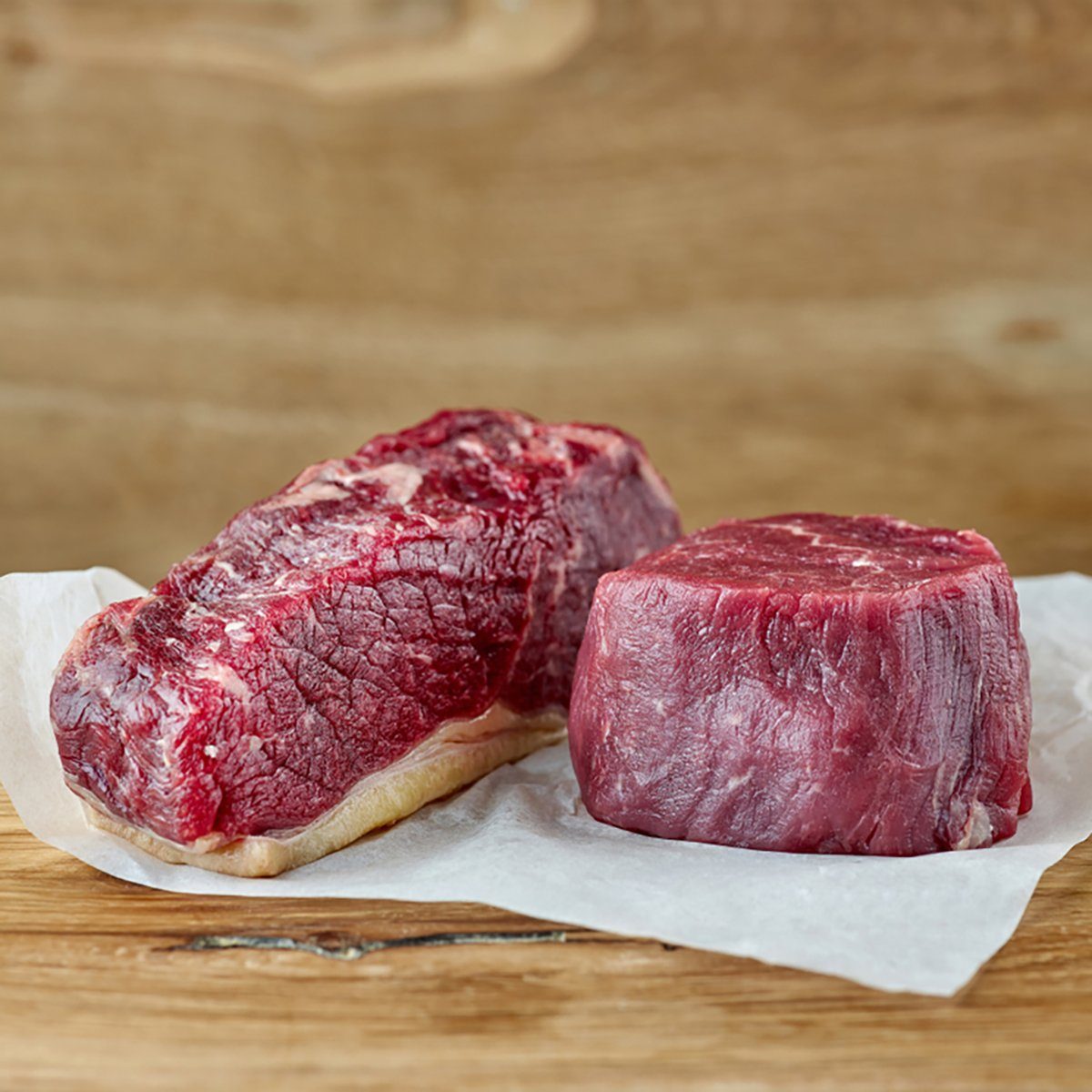 You might know the Tenderloin Steak as a “Filet Mignon.” It is considered the most tender steak, which helps explain why it’s so popular. You can cook this tasty cut in a cast-iron skillet, on the grill, or under the broiler. Tenderloin Roast is similarly tender and carves up beautifully for dinner. Learn how long meat lasts in the fridge.

Psst…a Porterhouse Steak is a combination of Tenderloin and Strip steaks. It’s a two-for-one!

Tenderloin Substitutes: A ribeye roast will turn out nearly as tender as the tenderloin, but it contains significantly more fat and will take longer to cook. A sirloin butt roast also works, and pork tenderloin is a good option if you’re not sold on beef for dinner. If you’re cooking a tenderloin that’s been cut into steaks (like filet mignon), swap in a Denver steak or top sirloin steaks. 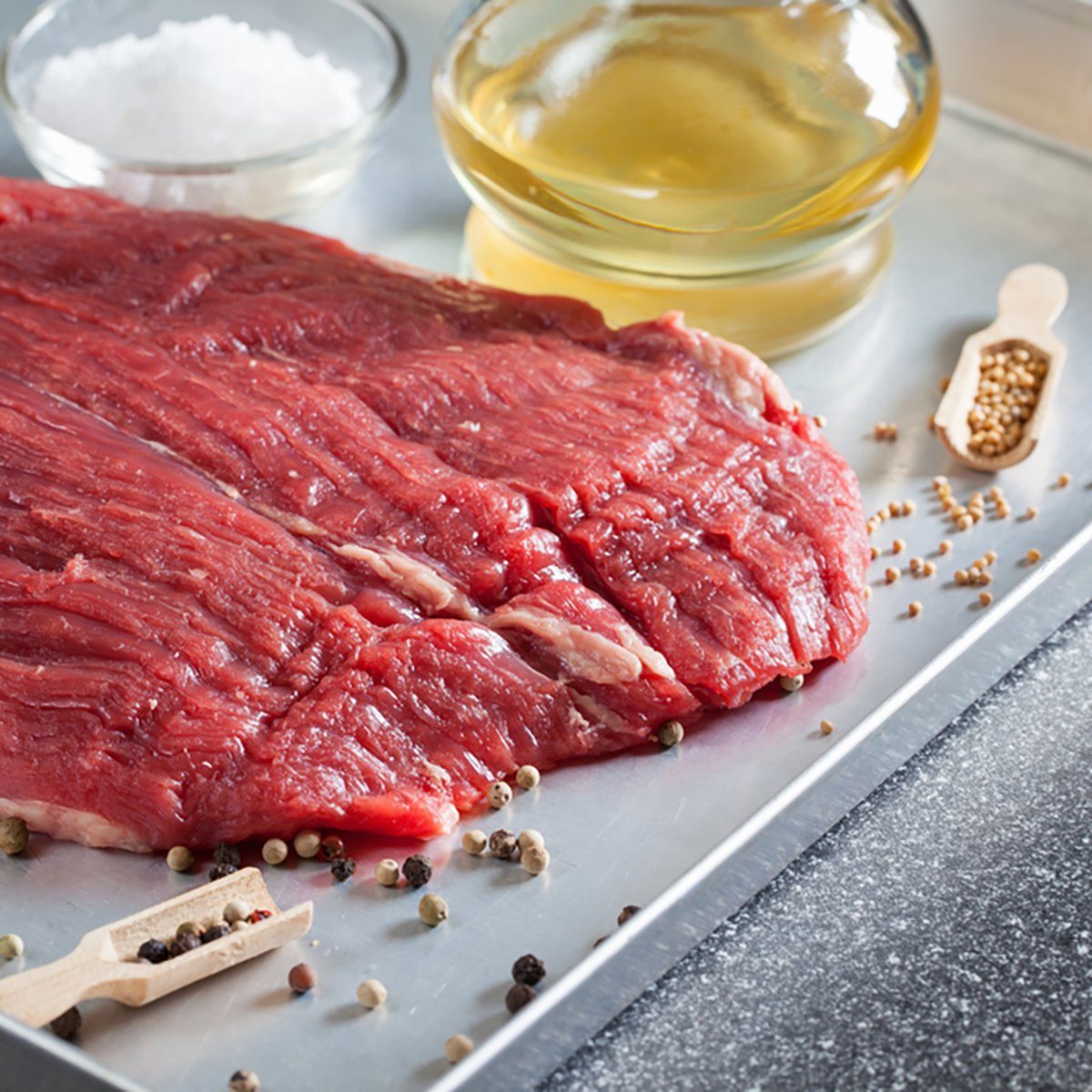 Flank steak is lean and boneless with lots of beef flavor. It’s best when marinated and grilled such as in this Grilled Flank Steak recipe, or sliced thin and stir-fired. (Just keep in mind that slicing beef against the grain is important.) Just don’t make these mistakes when marinating meat.

Flank Steak Substitutes: Skirt steak is probably the best substitute here, although you can also use hanger steak or flat-iron steak. If you were planning to use flank steak for London broil, look for top round steak instead. 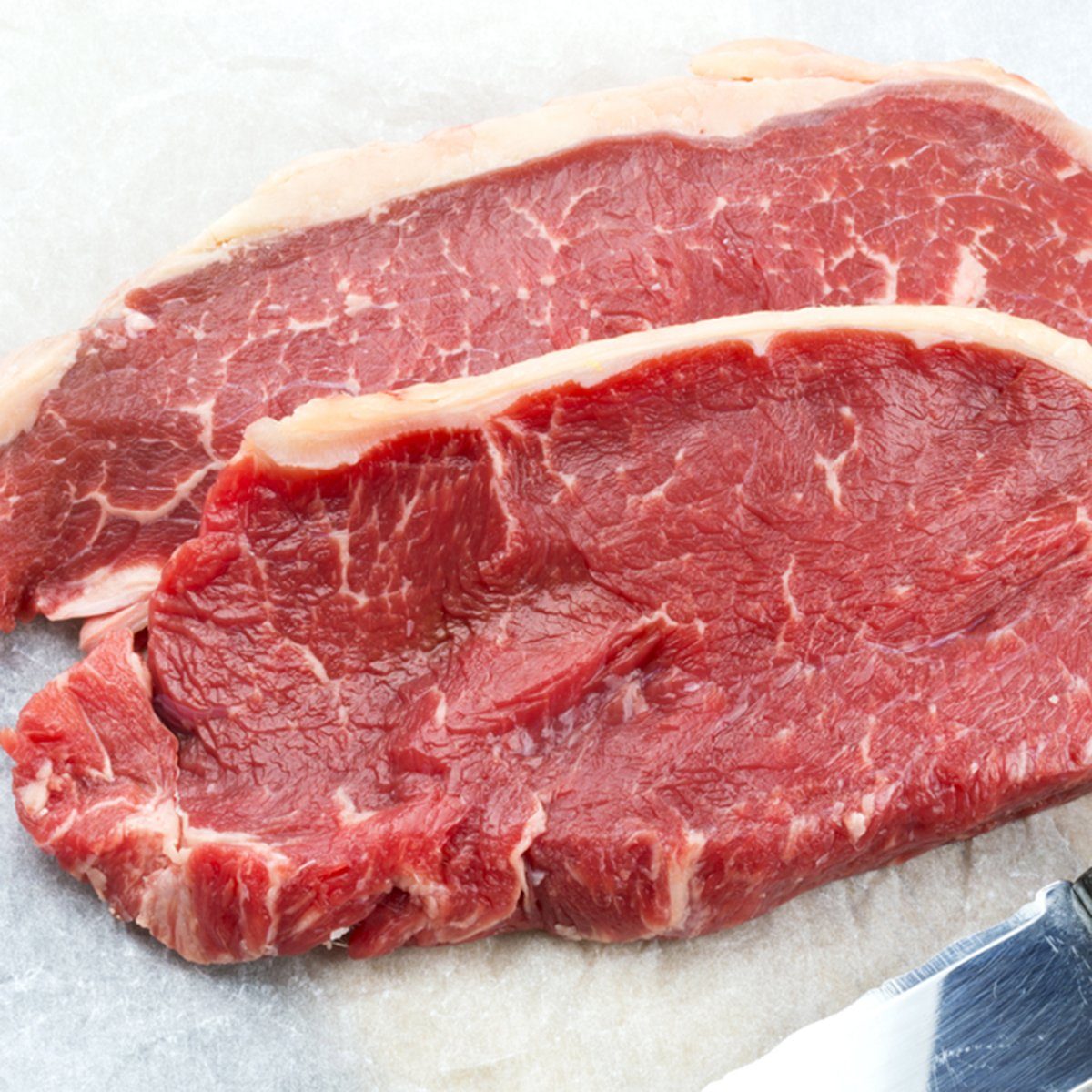 You might see it labeled as “top sirloin steak” or “top sirloin filet.” It’s extra-juicy, which makes it great for cubing, skewering with vegetables, and grilling. These are the secrets to grilling juicy steaks.

Sirloin Substitutes: Ribeye or New York strip steaks have the same beefy flavor as sirloin steak, although they’re more expensive and contain more marbling. For a more economical option, look to round steak or flank steak. 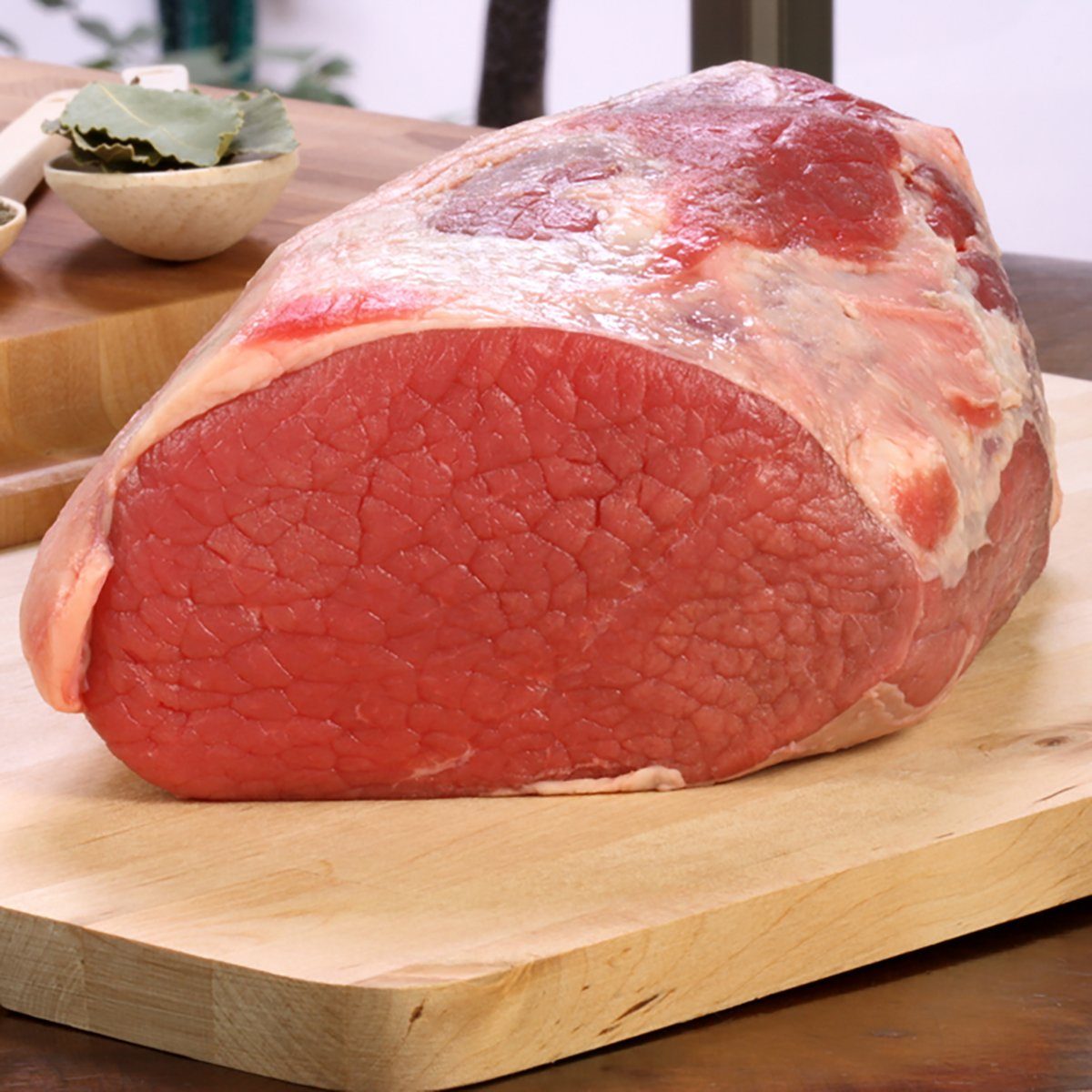 Most round cuts will be quite lean and roast beautifully while tending to be budget-friendly. That makes it perfect for a weeknight pot roast or classic roast beef.

Round Roast Substitutes: This roast might be labeled as top round or bottom round (also called the rump roast). If you can’t find either, chuck roast makes a great swap, although it contains more fat. If you prefer a leaner swap, look to top sirloin roast or shoulder clod. 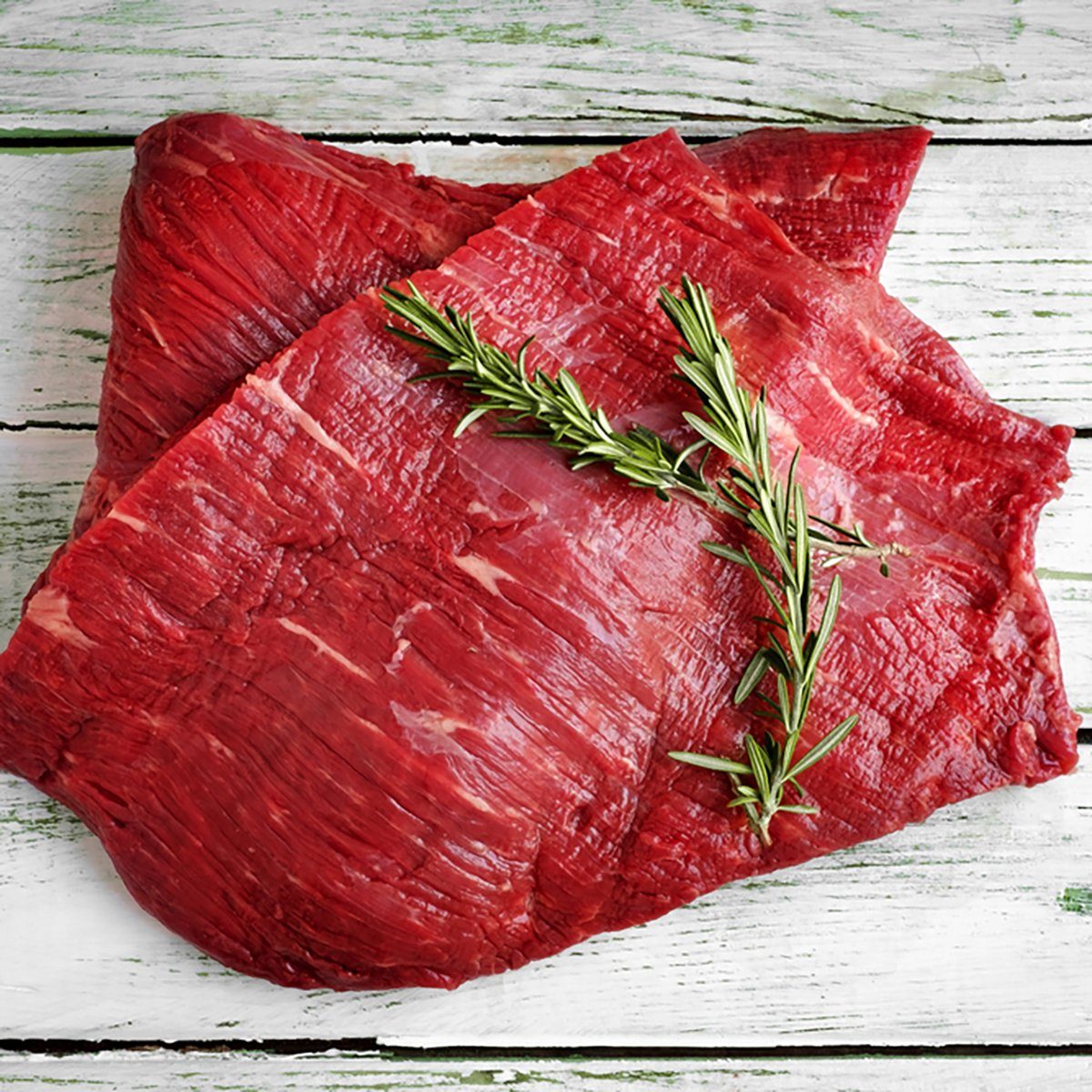 Brisket can be tough, so it’s an ideal cut for cooking low and slow on the grill, smoking, or cooking in a slow cooker. It’s worth the wait—your finished dish will be tasty and full-flavored. Before you start, though, learn if it’s safe to cook frozen meat in a slow cooker.

Brisket Substitutes: If you were planning to use brisket to make corned beef, look to bottom round roast or rump roast. For braised and smoked recipes, chuck roast is a good swap. 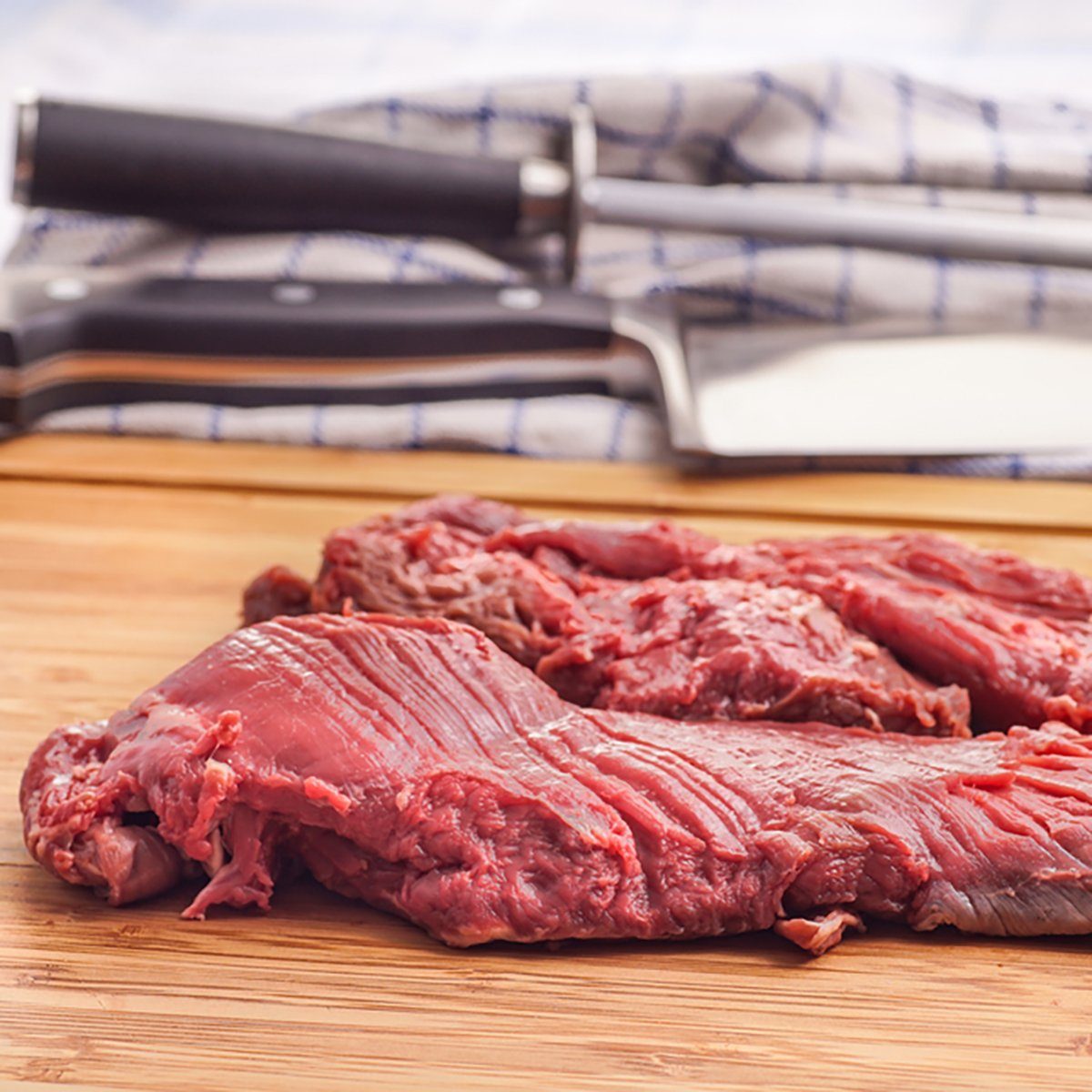 Skirt steak is a wonderful, flavorful cut that works well when marinated and seared over high heat. It has a robust flavor that’s perfect for fajitas or in a stir-fry.

Skirt Steak Substitutes: Ask the butcher for sirloin flap, a thin cut that comes off the sirloin roast. If you can’t find that, look to flank steak. Thinly sliced beef tenderloin also works here, too, in a pinch.

Now, learn some delicious grill ideas for your next BBQ.

Lindsay D. Mattison
Lindsay D. Mattison is a professional chef and a food writer. After graduating from Cascade Culinary school, Lindsay became the Executive Chef at Jackson's Corner in Bend, OR, from 2013 to 2016. Her genuine passion for food and sustainable food practices led her to find the farmer in herself. She lives in Durango, CO, where she enjoys the trials and errors of small plot farming. Lindsay is currently working on a cookbook that teaches home cooks how to craft beautiful meals without a recipe, tentatively titled "The Art of Bricolage: Cultivating Confidence and Creativity in the Kitchen."