These seven memorable books make it clear that short is good. 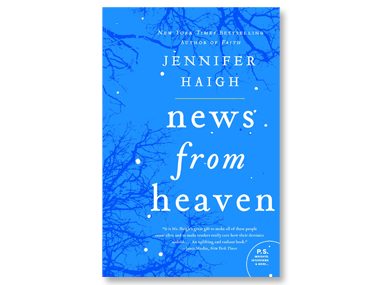 News from Heaven by Jennifer Haigh

Now in paperback, Haigh’s linked stories about the fictionalized coal mining town of Bakerton, PA span decades of transitions, and have earned comparisons to Sherwood Anderson’s classic Winesburg, Ohio. Sample: “Every Sunday morning, at seven o’clock promptly, the two Polish girls crossed the park and walked fifty block downtown to church. Early morning: the avenue wide as a farmer’s field, the sunlight tempered with frost. The girls were bare-legged, in ankle socks and long coats, their blond hair dark at the ends from their morning ablutions.” 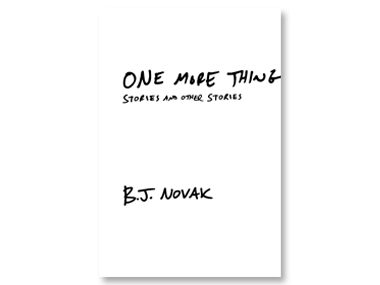 One More Thing by B.J. Novak

Comedy writer Novak, who won an Emmy Award for The Office, marks his literary debut with One More Thing. These 64 (!) snappy unabashed tales, some no more than a few lines long, are weirdly delightful. Sample titles: “I Never Want to Walk on the Moon,” “The Comedy Central Roast of Nelson Mandela,” “Welcome to Camp Fantastic for Gifted Teens,” and “The Rematch,” which begins: “In the aftermath of an athletic humiliation on an unprecedented scale—a loss to a tortoise so staggering that, his tormenters teased, it would not only live on in the record books but would transcend sport itself, and be taught to children around the world…” 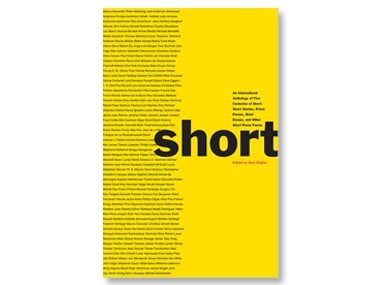 Short has a nice long subtitle: An International Anthology of Five Centuries of Short-Short Stories, Prose Poems, Brief Essays, and Other Short Prose Forms. But between these covers you’ll find blink-length works ranging from classic masters (Michel de Montaigne, William Blake) to cutting-edge contemporary writers (Lydia Davis, Dave Eggers, Diane Williams). A sample from Michael Ondaatje: “I arrived in a plane but love the harbour. Dusk. And the turning on of electricity in ships, portholes of moon, the blue glide of a tug, the harbour road and its ship chandlers, soap makers, ice on bicycles, the hidden anonymous barber shops behind the pink dirt walls of Reclamation Street.” 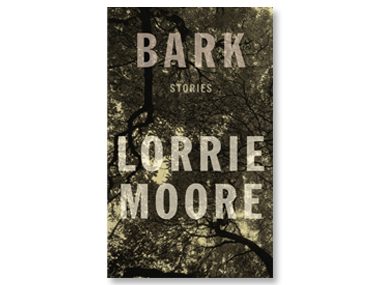 Moore’s whip-smart, wisecracking stories carry an after-burn as she reveals, through beautifully observed characters, the anxieties, longings, and conflicting impulses we try to hide from ourselves. A sample: “Ira had been divorced six months and still couldn’t get his wedding ring off. His finger swelled doughily around it—a combination of frustrated desire, unmitigated remorse, and misdirected ambition, he said to his friends.” 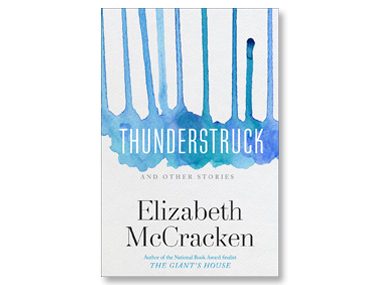 Thunderstruck & Other Stories by Elizabeth McCracken

There’s a strange magic at work in Elizabeth McCracken’s work: They’re simultaneously off-kilter and spot-on. A sample: “Just west of Boston, just north of the turnpike, the ghost of Missy Goodby sleeps curled up against the cyclone fence at the dead end of Winter Terrace, dressed in a pair of ectoplasmic dungarees. That thumping noise is Missy bopping a plastic Halloween pumpkin on one knee…” 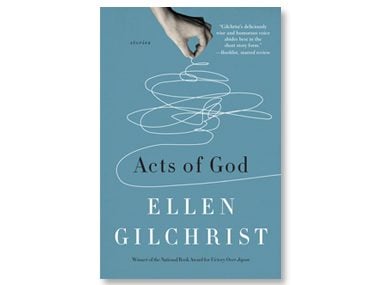 Acts of God by Ellen Gilchrist

If you like your fiction Southern—or if you just like it flawlessly precise—dive into National Book Award winner Gilchrist’s latest. Nine years in the making, it’s described by its author as “a book of praise and wonder,” who adds, “When we are young we are too self-serving and ambitious to look around and know how marvelous our fellow men and women and children truly are.” A sample: “The tornado struck in the middle of the night. It swept across an eight-block stretch of the small town of Adkins, Arkansas, and leveled dozens of houses. At ten the next morning four teenagers from Fayetteville, Arkansas, First Methodist Church Youth Group left Fayetteville headed south and east to Adkins to see if they could help.” 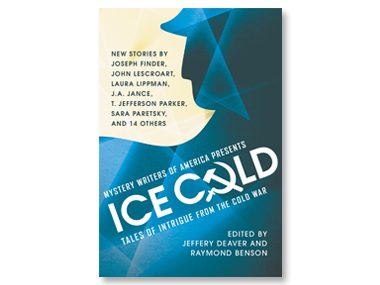 Is murder, mayhem, and international intrigue your style? These 20 tales by 20 writers, including Laura Lippman, Joseph Finder, and Sara Paretsky, are set during the cold war and are page-turners all. A sample from Jeffery Deaver: “To be summoned to the highest floor of GRU headquarters in Moscow made you immediately question your future. Several fates might await. One was that you had been identified as a counter-revolutionary…In which case your next address would likely be a gulag…”