2020 marks the 52nd birthday of McDonald's most iconic sandwich, so we're celebrating with these factoids that even McDonald's enthusiasts might not know. 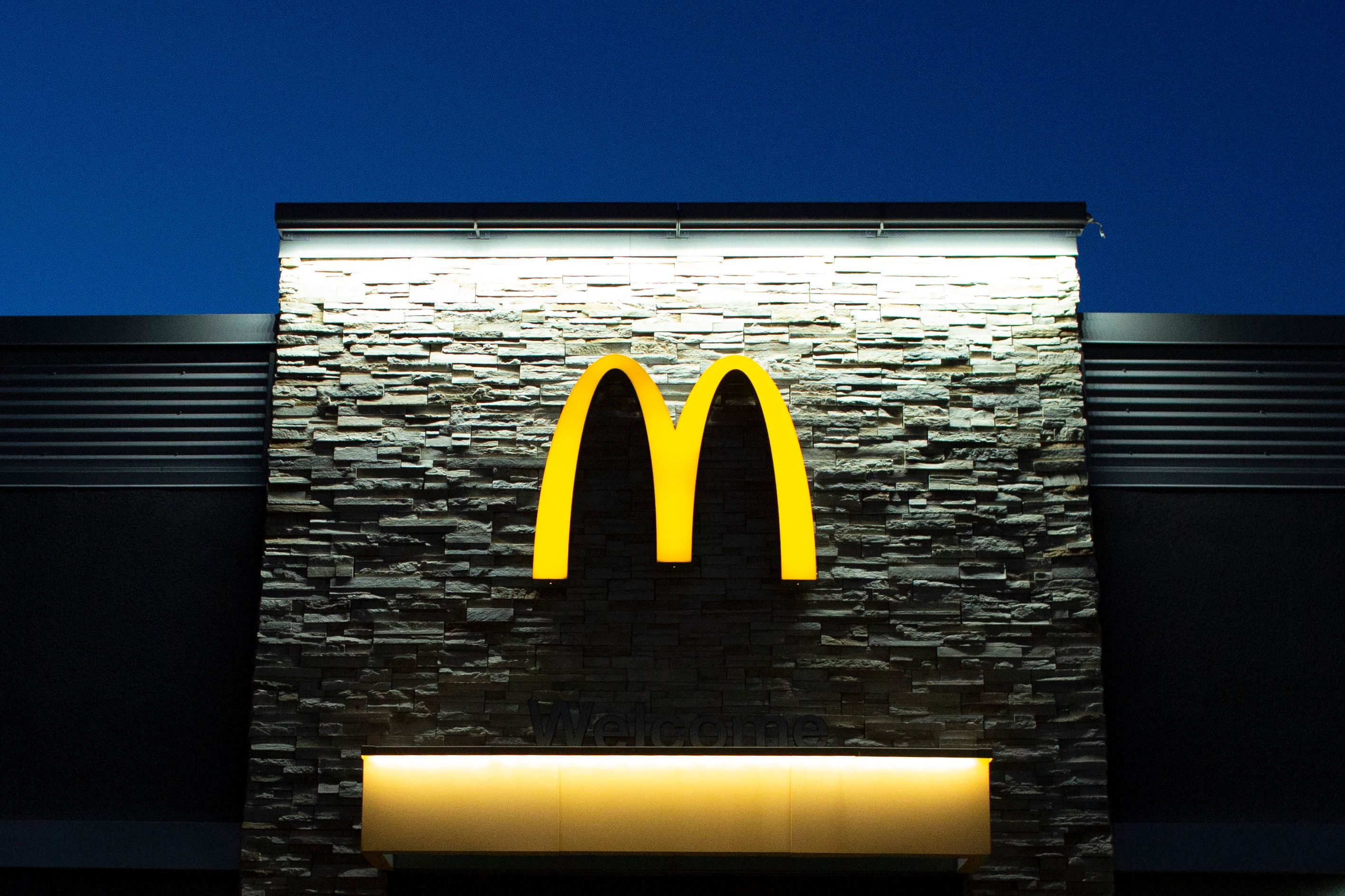 There’s a lot to know!

With so many years behind it, this classic sandwich has a fascinating history that shows just how beloved it is. Discover the factual: its age and origin story. Discover the wonderful: the secrets of that special sauce. And the…wacky: you wouldn’t believe how many Big Macs one aficionado has enjoyed. And if your enthusiasm for interesting facts about the McDonald’s menu extends beyond the Big Mac, check out these 12 things you never knew about McDonald’s apple pie.

In August 1968, a new super-sandwich called the McDonald’s Big Mac became available to customers nationwide. It had debuted the year before in a Uniontown, Pennsylvania, McDonald’s location, and the franchise founder, Ray Kroc, was a fan. With his approval, the Big Mac went nationwide, and the rest is history. Take a look back at the McDonald’s menu, through the years.

It was created for steelworkers

The mastermind behind the Big Mac was Jim Delligatti, the owner of the Uniontown restaurant that debuted it. In the 1960s, many of his regular customers were workers returning from a long day at the steel mills. They would arrive at McDonald’s ravenously hungry, and Delligatti quickly realized that the simple single-patty cheeseburger wasn’t filling them up. So he started experimenting, putting two patties on one burger and adding pickles and onions as well.

“Special Sauce” didn’t get that nickname until 1974

In original Big Mac ads from 1968, the flavorful concoction was advertised as “secret sauce.” It wouldn’t be called by the alliterative name we know today until 1974, when the historically catchy “Two all-beef patties, special sauce…” jingle debuted. Despite the name change, the ingredients remained classified for years—but we have the secret recipe you can make at home!

The Special Sauce has had a few different iterations

In the first few years of the Big Mac’s burger life, McDonald’s experimented with two different versions of the sauce. Eventually, they realized that both recipes were performing well and ended up combining elements of both of them to make an entirely new recipe. McDonald’s called this sauce “Big Mac Sauce ’72.'” It wasn’t until 1991 that that classic recipe underwent any changes. A new version of the recipe debuted in that year and remained until the early 21st century. But in 2004, Fred Turner, a former McDonald’s CEO and onetime friend of Ray Kroc himself, decided that he wanted the original recipe reinstated.

Those buns have lots of seeds

According to Bryant Miesle, a McDonald’s correspondent for Golin PR Agency, “there are anywhere between 385-400 sesame seeds on each Big Mac bun.” This is what the McDonald’s menu looked like the year you were born.

It owes its name to a company secretary

Would the McDonald’s Big Mac have sold as well if it had been called “the Aristocrat?” The answer, as executives learned, is no. Before the burger made its national debut, the franchise tested out a couple other names for it, including “The Aristocrat.” This name, however, failed to convey the idea that anyone and everyone could enjoy the burger. Not to mention, it wasn’t the easiest name to pronounce! It was Esther Glickstein, a then-21-year-old secretary for McDonald’s advertising department, who first suggested calling it the Big Mac. She admitted that the higher-ups initially laughed the name off when she first suggested it, but she got the last laugh when the name stuck!

The Whopper has been around longer

More than ten years longer, to be exact. The Whopper debuted in Miami, Florida, in 1957, only two years after Ray Kroc signed on with the then-fledgling McDonald’s company. Though the Big Mac enjoyed greater overall popularity than the Whopper, McDonald’s would, in 1997, debut a quarter-pound burger—you know it as the Big N’ Tasty—specifically to compete with the Whopper. Interestingly, that was the same year that Burger King introduced its first two-patty burger, the Big King. Here are 8 items you should totally order off of McDonald’s secret menu.

No matter how much of a McDonald’s enthusiast you think you are, this guy’s got you beat! Wisconsin native Donald A. Gorske, 66, currently holds the world record for the most Big Macs ever eaten—he’s eaten at least one nearly every single day since 1972, simply because “it’s the best food in the world.” He earned the world record back in 2016 with his 28,788th Big Mac. In May 2018, he ate his 30,000th, and he doesn’t plan on stopping any time soon. Is it just us, or does the fact that his name is Donald make the whole thing even more poetic?

According to Miesle, McDonald’s sold over a billion Big Macs in 2017 alone. The only Mickey D’s item that’s more popular? French fries! Check out the full list of McDonald’s most popular items ever.

Switzerland has the world’s most expensive Big Mac

If you find yourself craving McDonald’s while in Switzerland, you should probably know that a Big Mac will set you back $6.54 there. Norway, Sweden, and Finland also have pricier Big Macs than the United States, where you can get one for $5.74. Russia is home to the world’s cheapest Big Mac; here, the sandwich costs only about $2.04. Malaysia, Romania, and South Africa also offer Big Macs for under $2.50. Here are 12 of the coolest McDonald’s locations around the world.

There’s an entire museum dedicated to it

In North Huntingdon, Pennsylvania, a suburb of Pittsburgh, McDonald’s Big Mac enthusiasts can visit the world’s only Big Mac Museum. Jim Delligatti, the Big Mac’s original creator, and his son Mike developed the museum in 2007. It features attractions like a 14-foot Big Mac statue, historical memorabilia (including a Big Mac bun-toaster from the 1970s), and, of course, a McDonald’s restaurant. Here are some more of the world’s strangest food museums.

Pittsburgh renamed itself after the Big Mac

Temporarily, yes, but they still did it! In September 1992, in honor of the sandwich’s 25th anniversary, Pittsburgh became “Big Mac, U.S.A.” for a single day. It was a tribute to the city’s proximity to Uniontown, the Big Mac’s birthplace.

Kazakhstan was the most recent country to start selling it

“More than 100 countries serve the Big Mac, including Kazakhstan, which most recently added it to menus in 2016,” Miesle told Reader’s Digest. The Central Asian nation’s first Mickey D’s opened on March 8, 2016, in the capital city of Astana to a large, eager crowd. As of August 2018, Kazakhstan is the 120th country to open a McDonald’s, but only the first in the region of Central Asia. Find out which countries have banned McDonald’s.

You can get plenty of variations around the world

McDonald’s locations in India, where the cow is a sacred animal, offer the Chicken Maharaja Mac, which swaps the hamburgers for chicken patties. In Israel, a kosher version of the McDonald’s Big Mac is available in some cities; it’s free of cheese and also uses kosher meat. Even some U.S. states have their own special Mac variants. For instance, the Denali Mac is something of a “secret menu item” that’s only available in Alaska. Seeking to prove that “everything’s bigger” there, this burger uses two quarter-pound patties instead of the traditional 1.6-ounce patties and throws in some extra special sauce for good measure. Don’t miss these secrets McDonald’s employees won’t tell you.