An artist uses police-sketch technology to build a case against the way Hollywood casts literary icons. The results may surprise you. 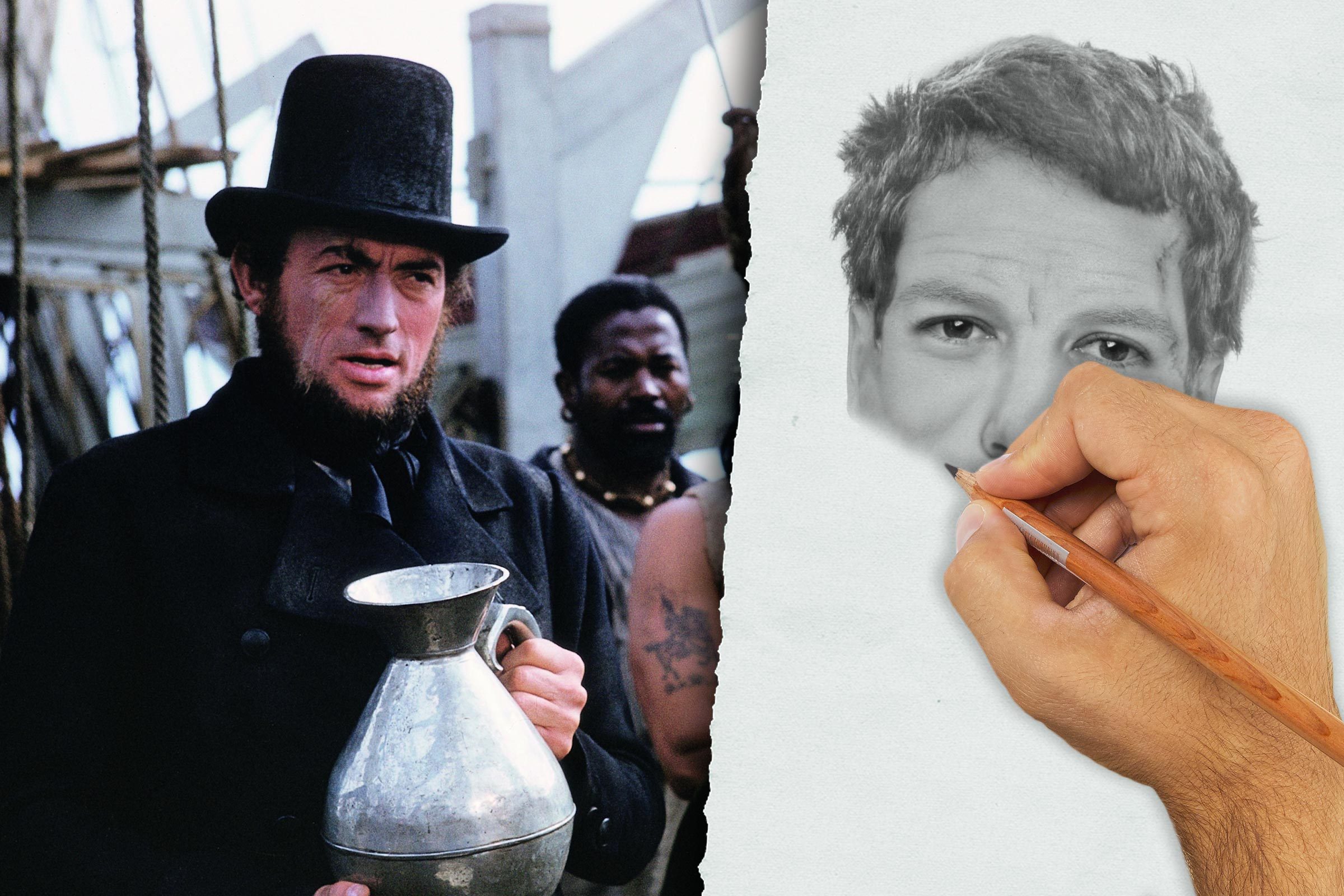 It’s a reader’s favorite complaint: “The movie casting was all wrong—that’s not at all what I imagined [insert name of beloved literary character] to look like!”

But for New York artist Brian J Davis, imagining is only the beginning. Using verbatim character descriptions from famous novels and a law-enforcement sketch program called FACES, Davis builds composite portraits of literary characters one detail at a time, picking from a library of 2,000 unique facial features. The result: The Composites, an uncanny art project that challenges our ideas of what famous fictional characters might really look like. Here’s a lineup of our favorites. You’re in for a surprise if you think you know everything about your favorite characters. For more fun character knowledge, here are 16 characters you didn’t know had full names. 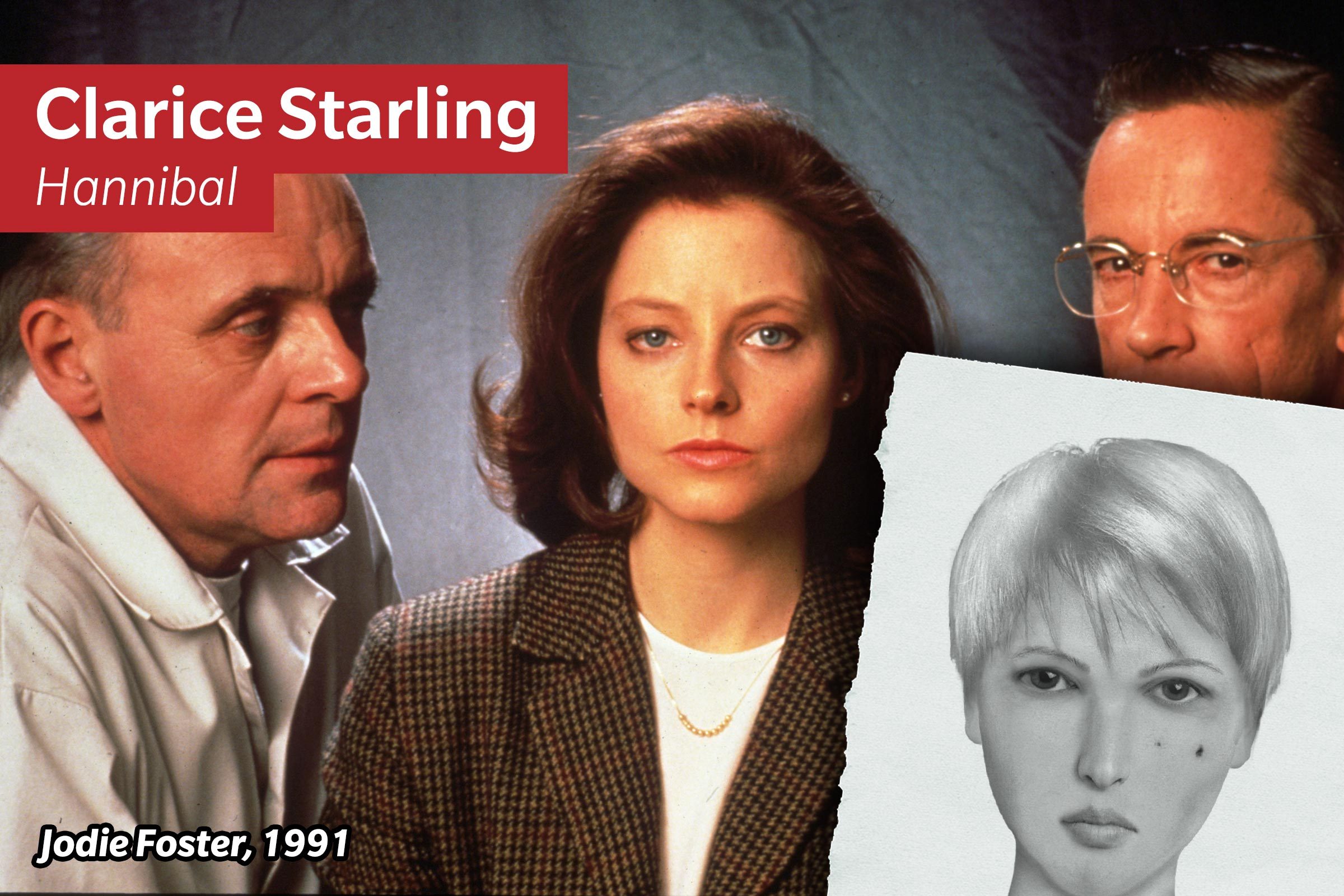 Clarice Starling from the novel Hannibal

A description of the book by author Thomas Harris: “FBI Special Agent Clarice Starling, thirty-two, always looked her age, and she always made that age look good, even in fatigues … She saw herself clearly, saw the crinkles of age beginning in the corners of her eyes … Grains of burnt powder from the revolver of the late Jame Gumb marked her [left] cheekbone with a black spot … Her hair was a shapely platinum helmet.” If you’re looking to build your reading list, here are the 100 books everyone should read in their lifetime. 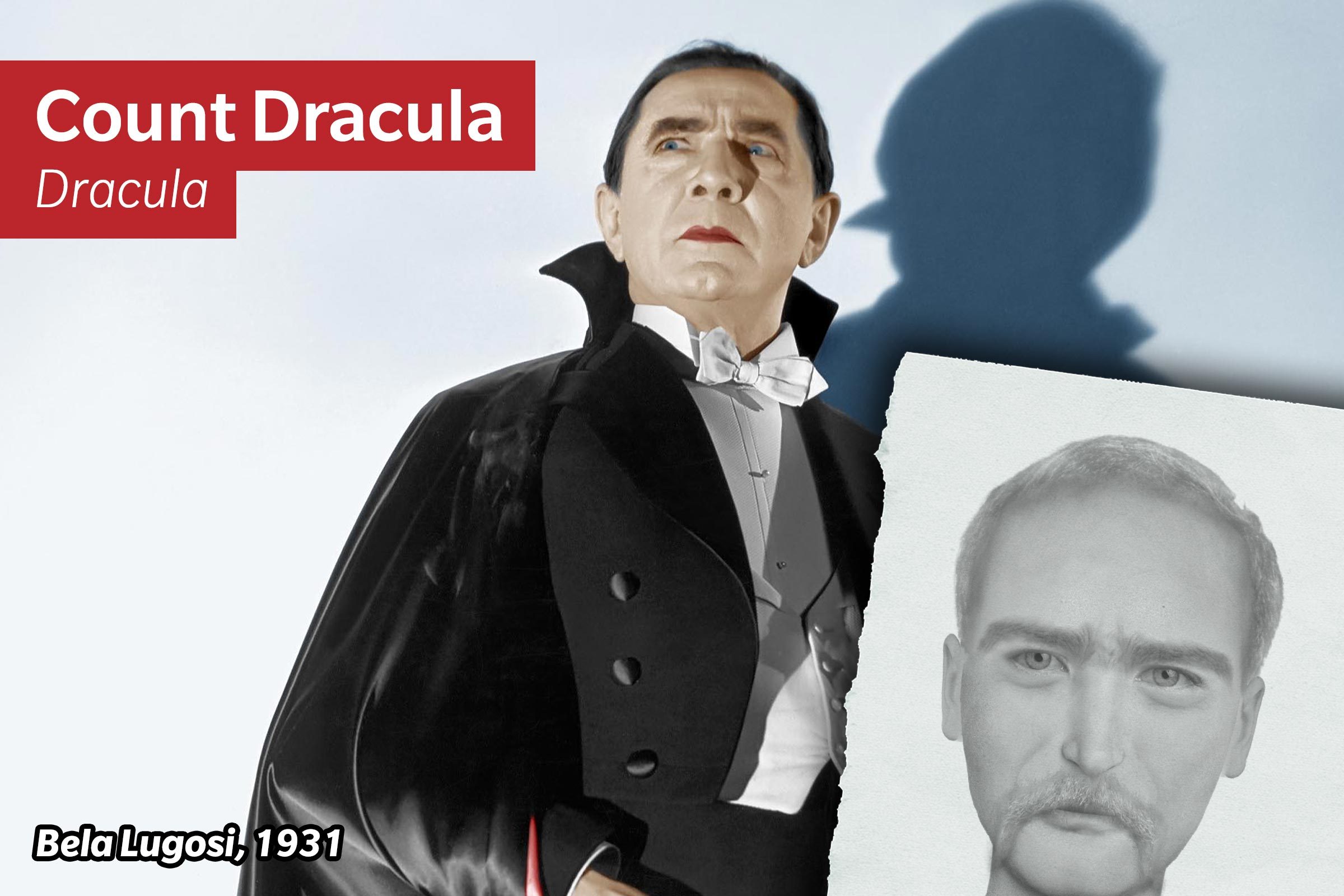 Count Dracula from the novel Dracula

A description from the book by Bram Stoker: “Within, stood a tall old man, clean shaven save for a long white moustache … His eyebrows were very massive, almost meeting over the nose … The mouth, so far as I could see it under the heavy moustache, was fixed and rather cruel-looking … his ears were pale and at the tops extremely pointed. The chin was broad and strong, and the cheeks firm though thin … the blue eyes transformed with fury.” These are 20 books you really should have read by now. 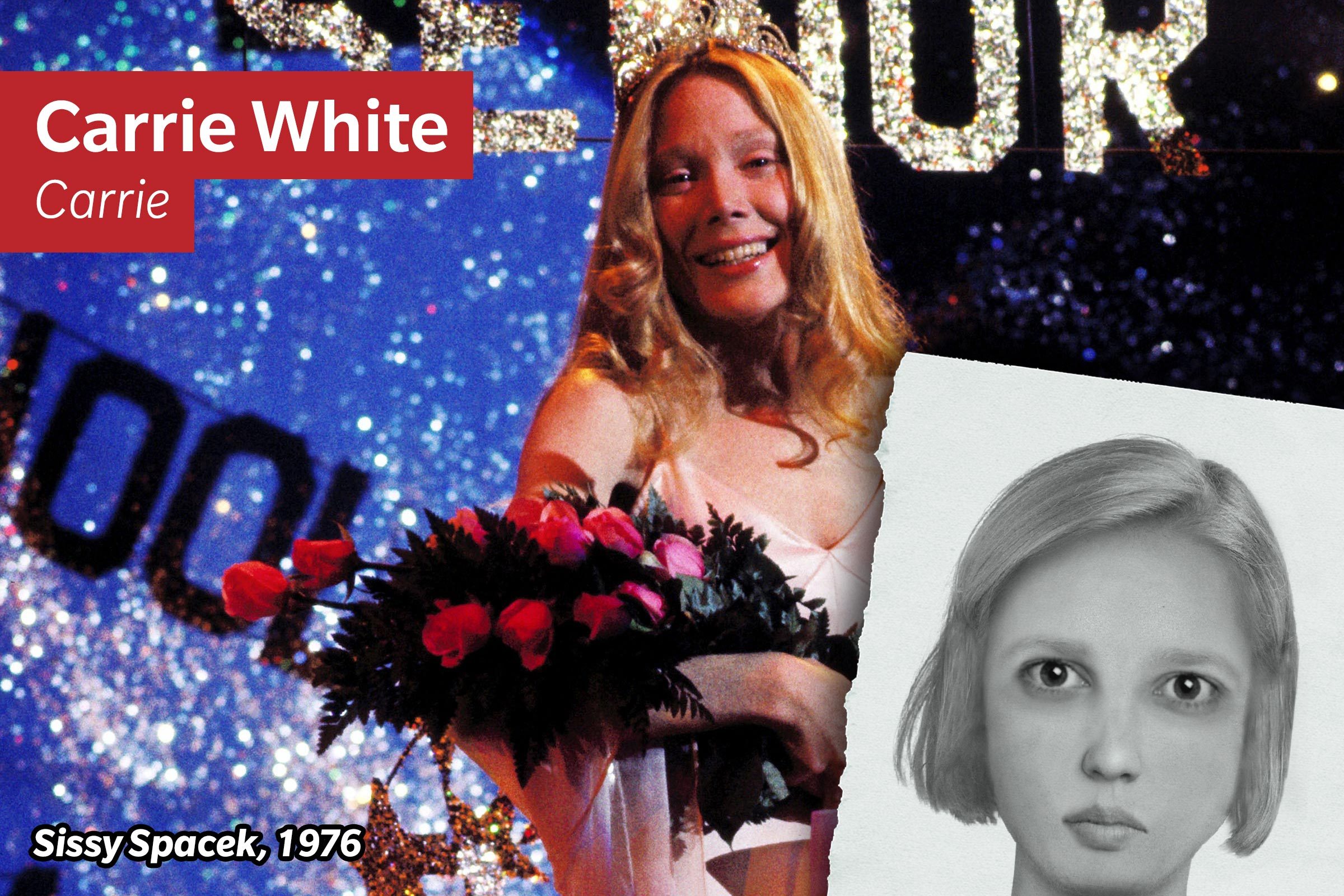 Carrie White from the novel Carrie

A description from the book by  Stephen King: “She was so pretty, with pink cheeks and bright brown eyes, and her hair the shade of blonde you know will darken and get mousy … Her face was round … and the eyes were so dark that they seemed to cast shadows beneath them, like bruises … The lips were full, almost lush … Her hair stuck to her cheeks in a curving helmet shape … At sixteen, the elusive stamp of hurt was already marked clearly in her eyes.” If you’re looking for more thrilling reads, here are the 25 scariest books of all time. 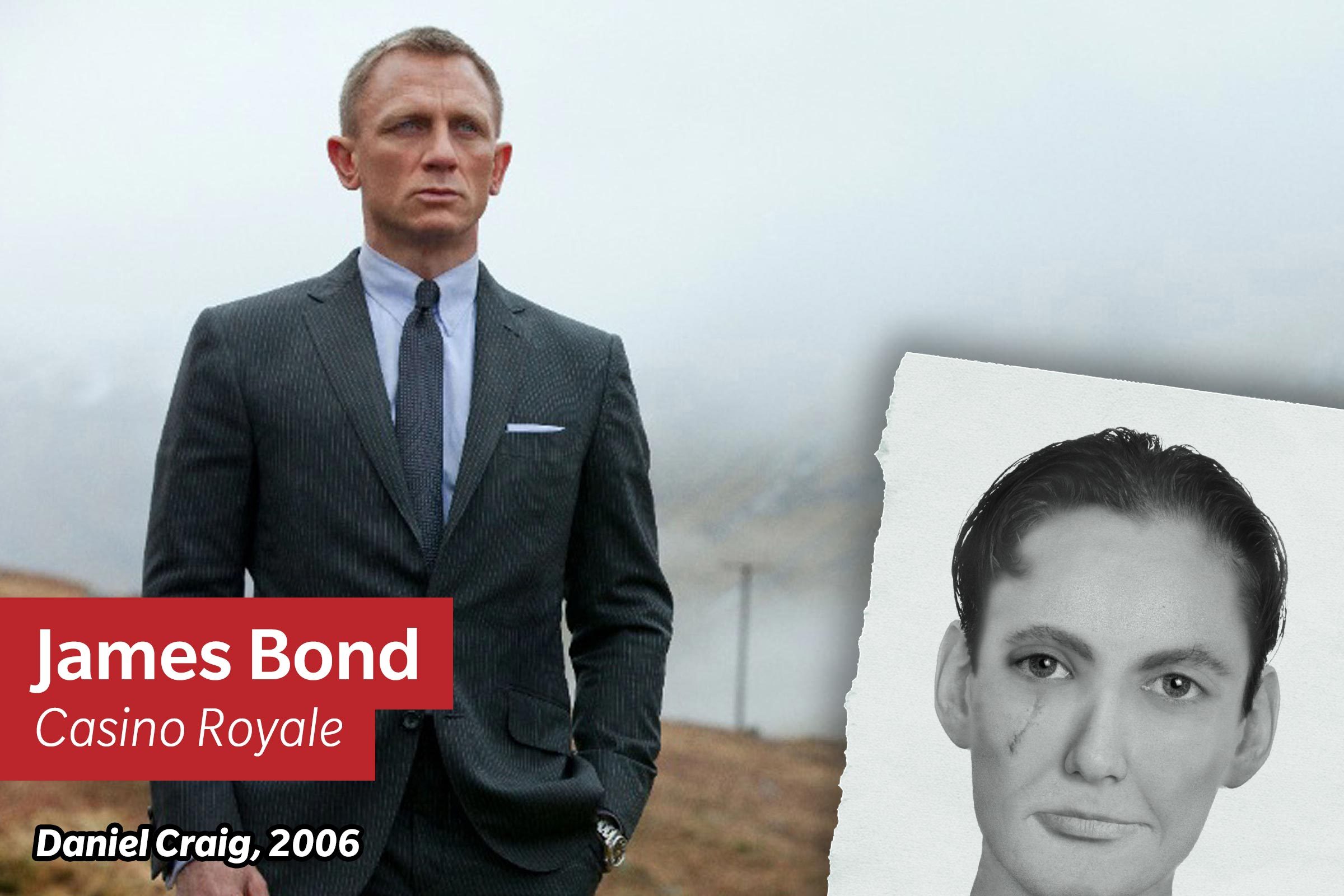 A description from the book by Ian Fleming: “As he tied his thin, double-ended, black satin tie, he paused for a moment and examined himself levelly in the mirror. His grey-blue eyes looked calmly back with a hint of ironical inquiry, and the short lock of black hair which would never stay in place slowly subsided to form a thick comma above his right eyebrow. With the thin vertical scar down his right cheek the general effect was faintly piratical.” You’ll want to read these 18 classic books you can finish in a day. 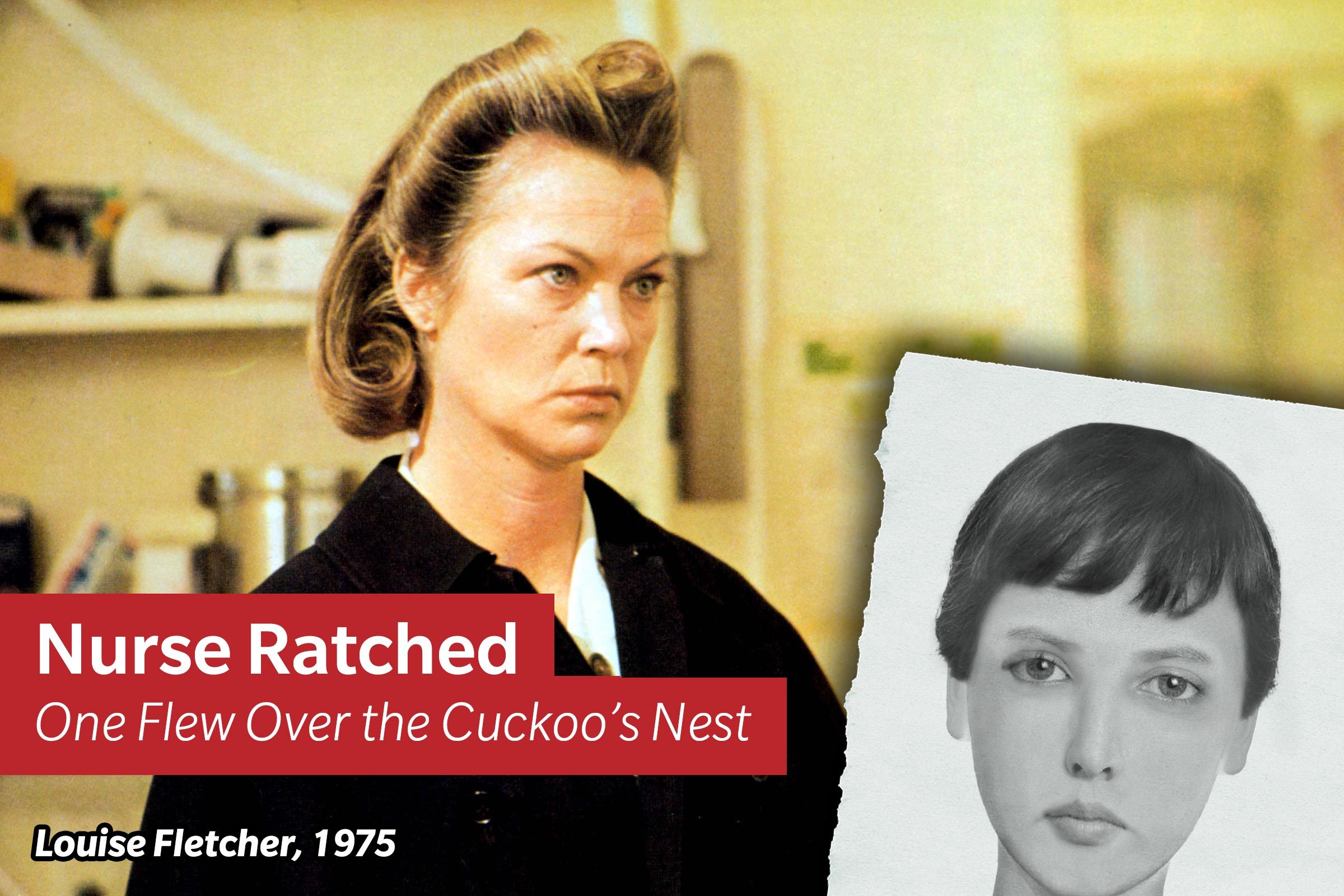 A description from the book by Ken Kesey: “Her face is smooth, calculated, and precision-made, like an expensive baby doll … a calm smile stamped out of red ­plastic … flat, wide, painted-on green eyes, painted on with an expression that says I can wait, I might lose a yard now and then but I can wait, and be patient and calm and confident, because I know there’s no real losing for me.” These are the 50 books you should read before you’re 50—how many have you finished? 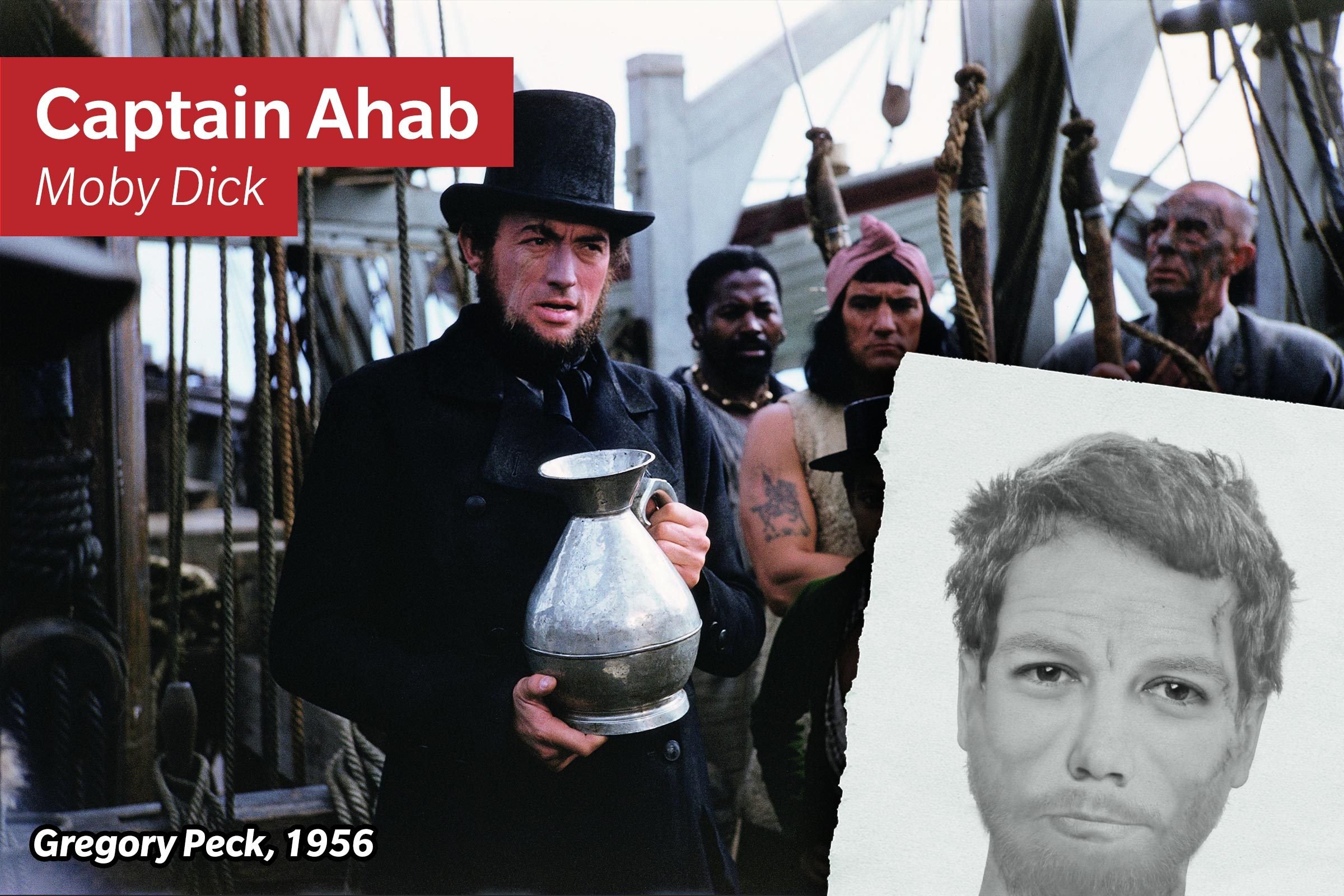 A description from the book by Herman Melville: “He looked like a man cut away from the stake, when the fire has overrunningly wasted all the limbs without consuming them…His whole high, broad form, seemed made of solid bronze, and shaped in an unalterable mould, like Cellini’s cast Perseus…Threading its way out from among his grey hairs, and continuing right down one side of his tawny scorched face and neck, till it disappeared in his clothing, you saw a slender rod-like mark… branded… What business have I with this pipe? This thing that is meant for sereneness, to send up mild white vapors among mild white hairs, not among torn iron-grey locks like mine. I’ll smoke no more…His eyes like powder-pans… It almost seemed that while he himself was marking out lines and courses on the wrinkled charts, some invisible pencil was also tracing lines and courses upon the deeply marked chart of his forehead…His firm lips met like the lips of a vice; the delta of his forehead’s veins swelled like overladen brooks…Supper he never touched; nor reaped his beard; which darkly grew all gnarled, as unearthed roots of trees blown over, which still grow idly on at naked base.” If you’re looking for new places to explore, here are the 12 best cities in the world for book lovers. 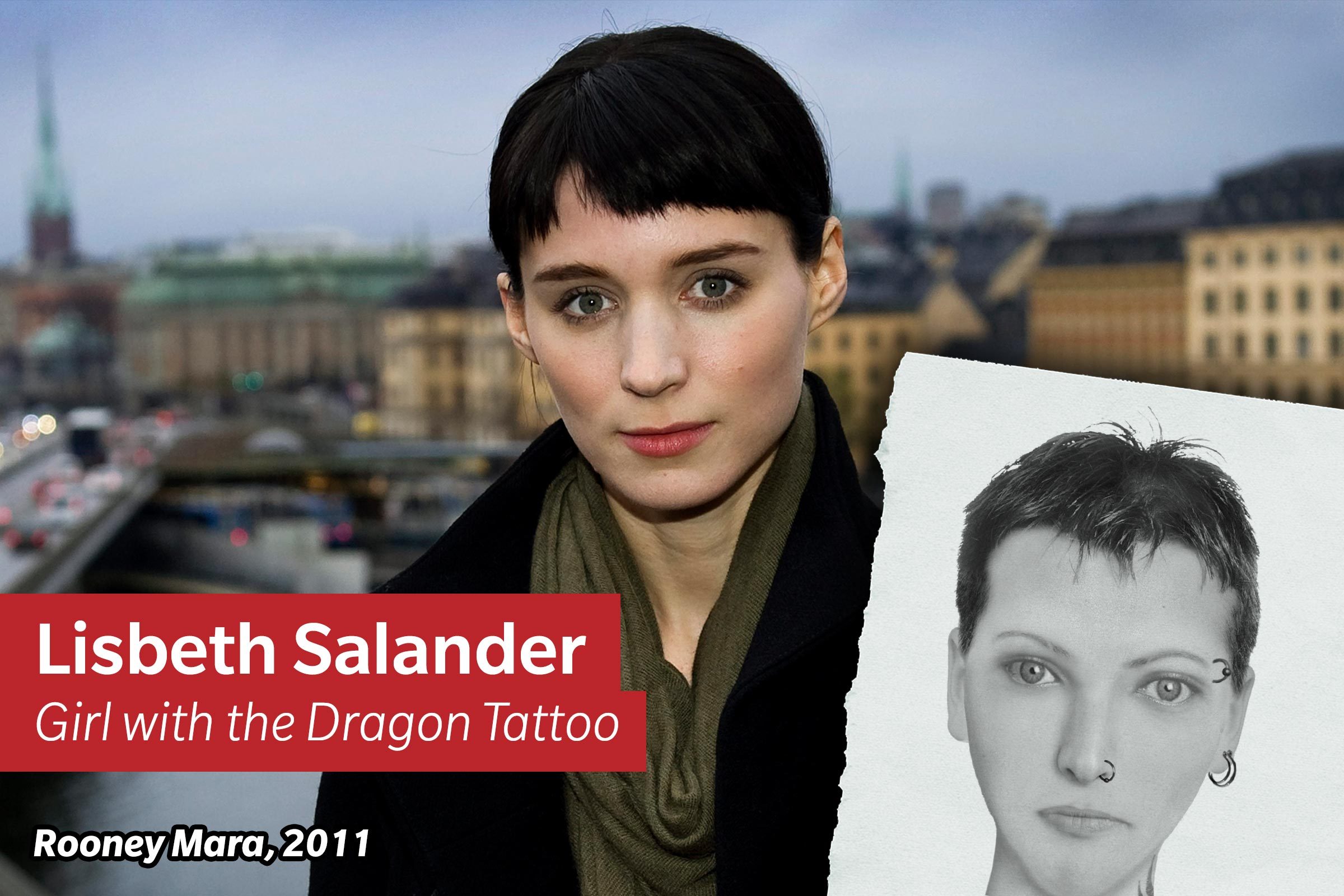 Lisbeth Salander from the novel The Girl with the Dragon Tattoo

A description from the book by Stieg Larsson: “A pale, skinny young woman who had hair as short as a fuse, and a pierced nose and eyebrows. She had a wasp tattoo about an inch long on her neck…On those occasions when she had been wearing a tank top, a dragon tattoo can be seen on her left shoulder blade.  Her natural hair colour was red, but she had dyed it ivory black…Crooked smile.” The Girl with the Dragon Tattoo is also one of these books that were made into hit movies. 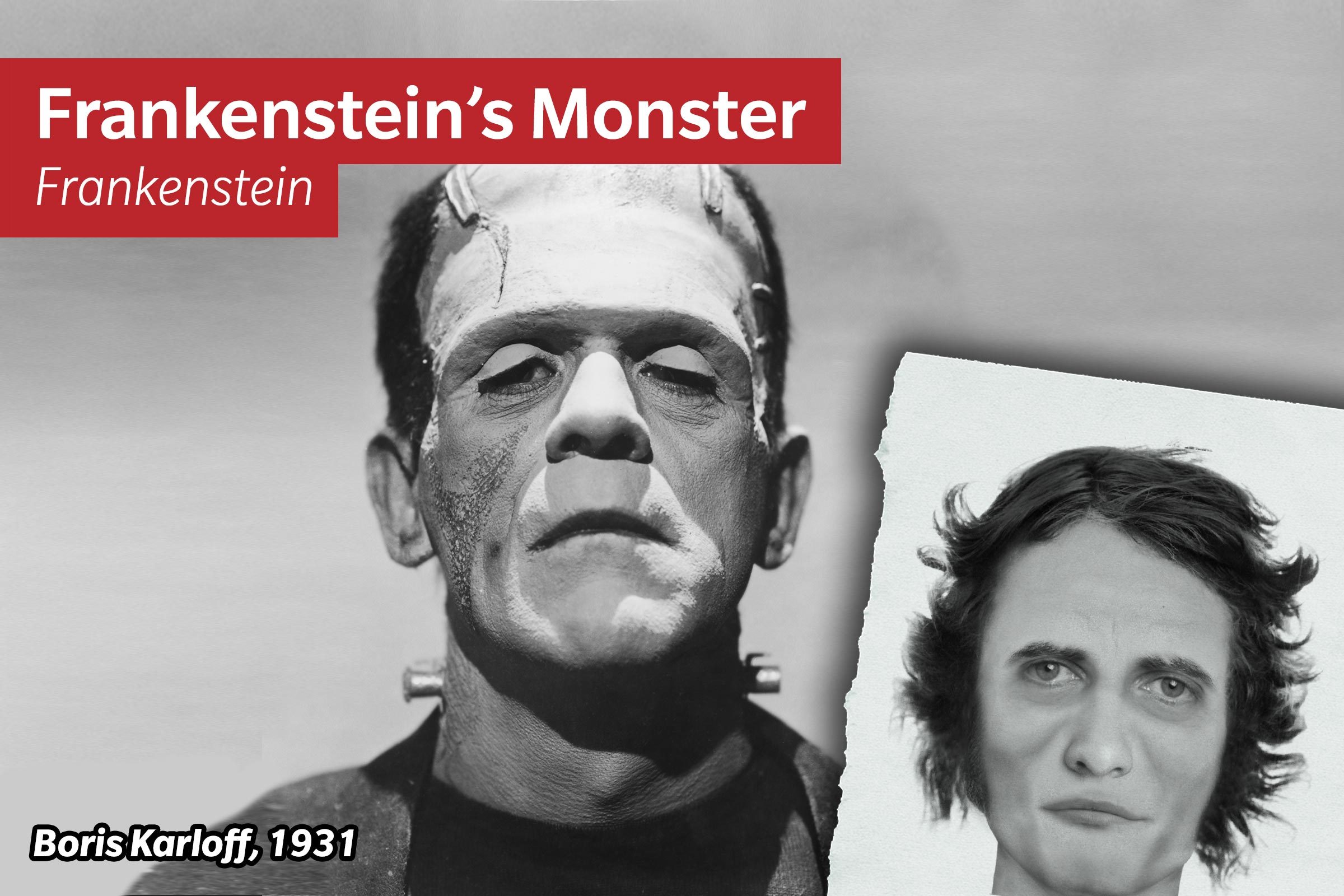 The monster from the novel Frankenstein

A description from the book by Mary Wollstonecraft Shelley: “As the minuteness of the parts formed a great hindrance to my speed, I resolved, contrary to my first intention, to make the being of a gigantic stature, that is to say, about eight feet in height, and proportionably large. After having formed this determination and having spent some months in successfully collecting and arranging my materials, I began…How can I describe my emotions at this catastrophe, or how delineate the wretch whom with such infinite pains and care I had endeavoured to form? His limbs were in proportion, and I had selected his features as beautiful. Beautiful! Great God! His yellow skin scarcely covered the work of muscles and arteries beneath; his hair was of a lustrous black, and flowing… but these luxuriances only formed a more horrid contrast with his watery eyes, that seemed almost of the same colour as the dun-white sockets in which they were set, his shrivelled complexion and straight black lips.” Next, make sure you check out these 10 books written by female authors every woman should read in her lifetime.