12 Popular Facts About the Brain That Aren’t Actually True

You only use 10 percent of your brain. Your memory declines with age. Alcohol kills brain cells. These and other myths, debunked 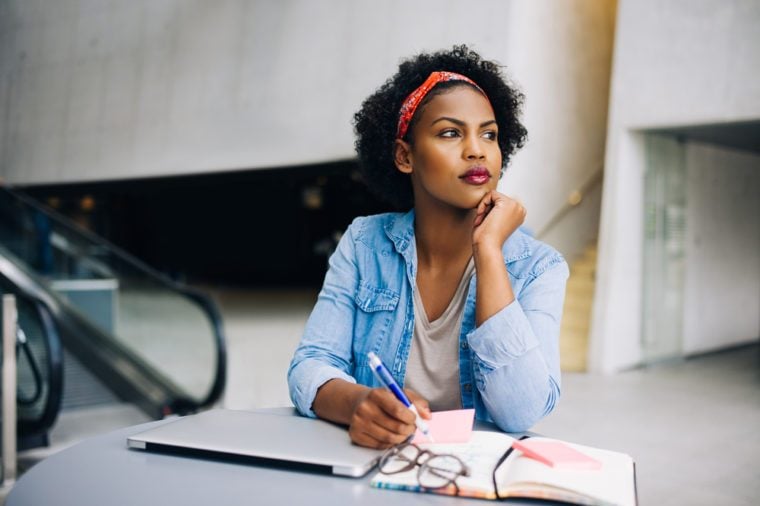 Brain myth: We only use 10 percent of our brain

“This is a brain myth you frequently hear but it’s grossly false,” says Rimas V. Lukas, MD, neuro-oncologist at Northwestern Memorial Hospital in Chicago, Illinois. He says the brain’s operating system is complicated but all its cells are essential—in some capacity—to its functioning. “I view all of the brain as important,” he says. These 50 brain secrets will blow your mind. 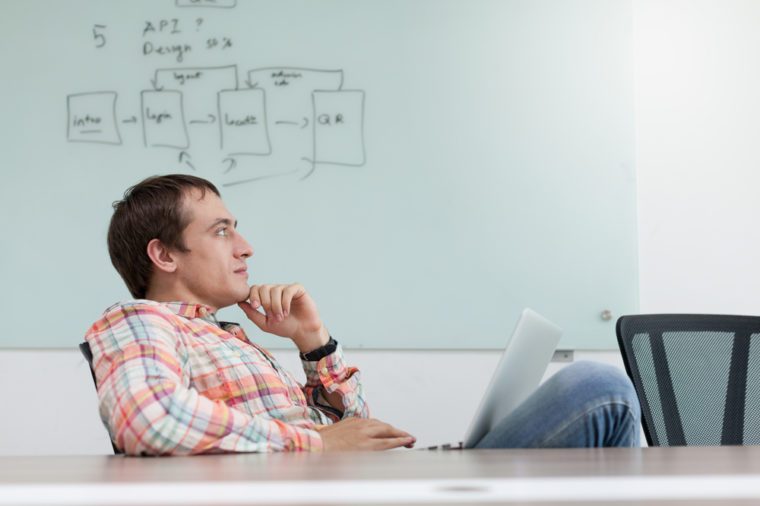 Brain myth: The size of your brain dictates how smart you are

Brain size and intelligence are unrelated because all humans have “relatively similar” sized noggins, says Dr. Lukas. It has more to do with the strength of neuron networks and how cells communicate with one another. You can help preserve your cognitive abilities with the food you eat and lifestyle you lead. For starters, these 25 brain-boosting foods will help keep you sharp. 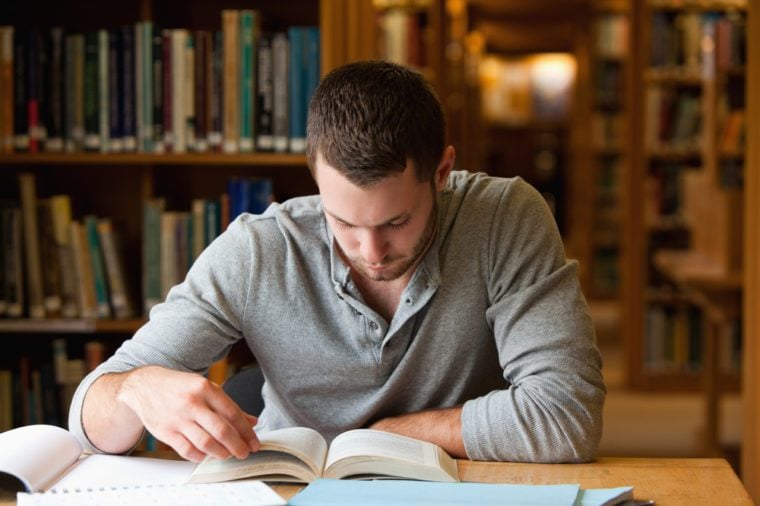 “There is no scientific basis for the notion that individuals use one hemisphere of the brain more than the other for cognitive functions,” says Rawan Tarawneh, MD, a neurologist at Ohio State University Wexner Medical Center in Columbus, Ohio. For example, speaking and comprehending languages is predominantly controlled by the left hemisphere, but the right also plays a role in language processing by allowing us to understand the emotional intonations of speech, such as identifying sarcasm or understanding the punch line of a joke, she says. 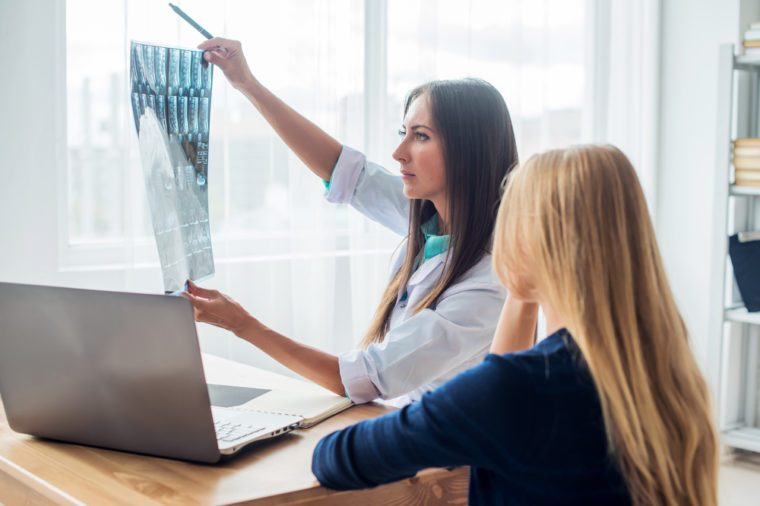 Recovering from brain damage after an injury or illness can be an uphill battle, but in some cases it’s possible. The brain can actually repair itself, to some extent, or compensate for certain losses. “If a portion of the brain is injured or removed, it’s not going to regenerate and fill the hole; but it can, to some degree, rewire itself and in some cases can even grow new cells,” says Dr. Lukas. Here are 8 ordinary things you don’t realize are messing with your brain. 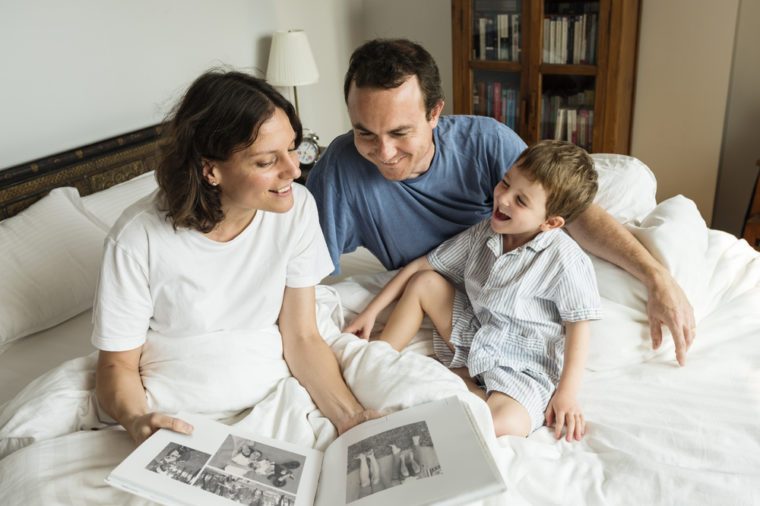 Your memories aren’t carbon copies of events—your brain recreates them every time you call one up. Memories live in complex networks of nerve cell pathways throughout the brain. When you commit something to memory, you are “laying tracks” on a trail that is unique to the memory. And just like a path in the woods, the more you traverse it, the more firmly established it becomes. 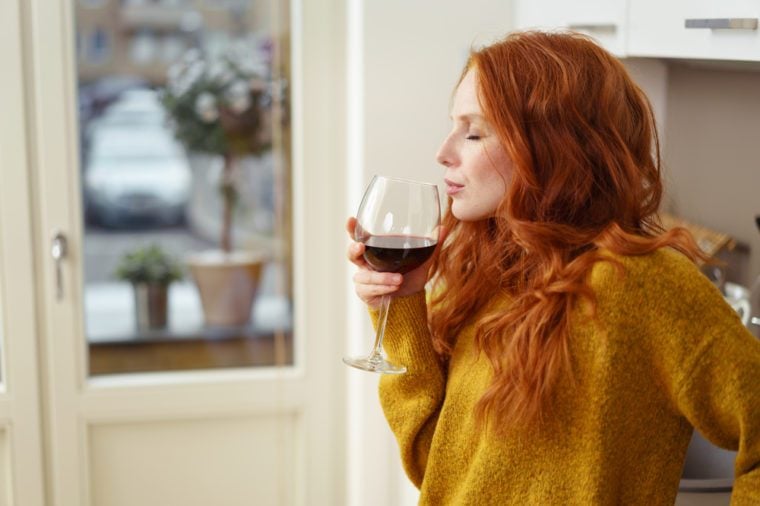 If your middle school health teacher tried to scare you away from underage drinking by telling you it would kill your brain cells, he wasn’t telling you the complete truth. Heavy alcohol use can damage the brain, but it doesn’t actually kill brain cells; the damage occurs because neurons responsible for cell communication are damaged, and that leads to cognitive problems or disorders. 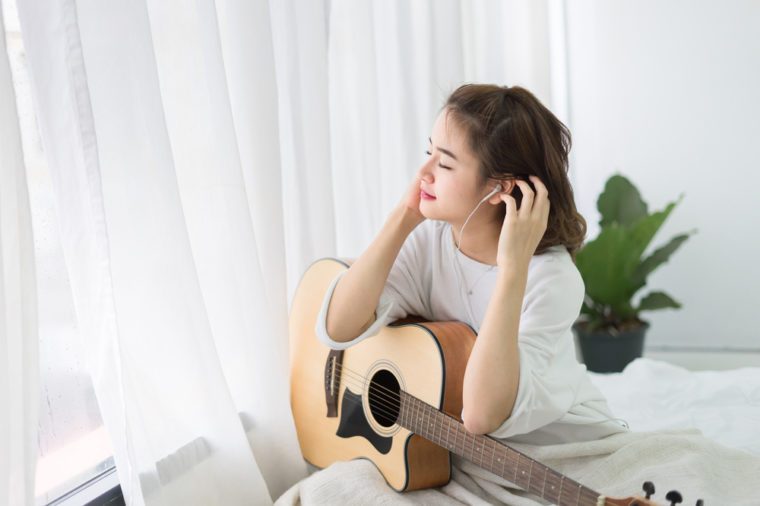 Brain myth: There are five senses

You may have five major senses—sight, smell, hearing, taste, and touch—but there are many other ways of sensing and experiencing the world that are directed by the mind. There’s proprioception (a sense of how your body is positioned), nociception (a sense of pain), balance, and the passage of time. 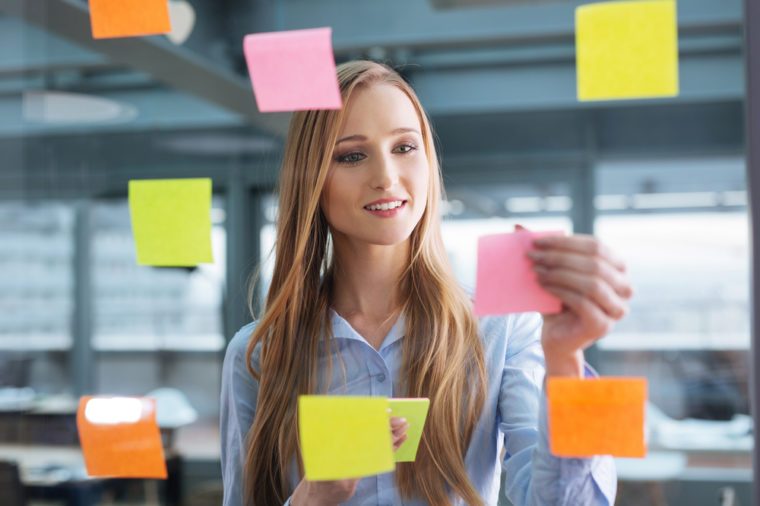 “There’s not this perfect dichotomy between areas in the brain and what they do to the personality and skills of a specific individual,” says Dr. Lukas. “Some people are just better at some things than others, there’s not some gross neuroanatomical difference.” 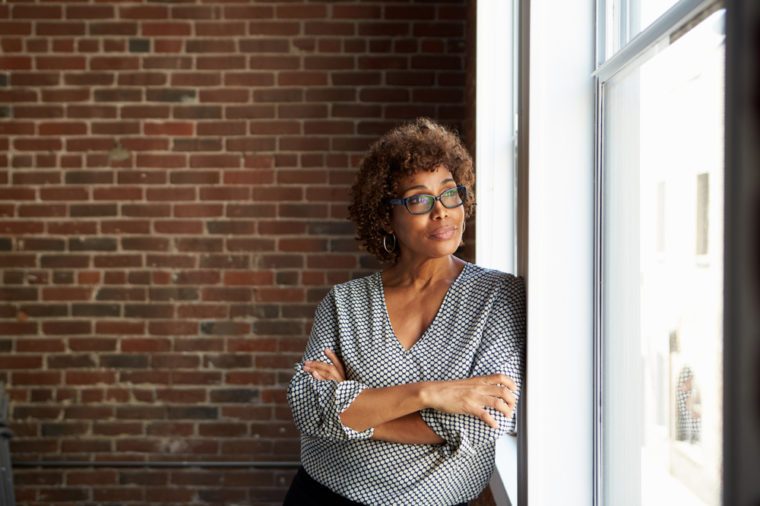 Brain myth: Your brain stays the same size until you die

Just as your height, weight, and even foot size can fluctuate over time, so can your brain. “Brains normally shrink in size by about 1 to 2 percent every year after age 40,” says Dr. Tarawneh. “This is due to loss of brain cells and brain cells shrinking in size.” Watch our for these 12 signs your brain is aging faster than you are. 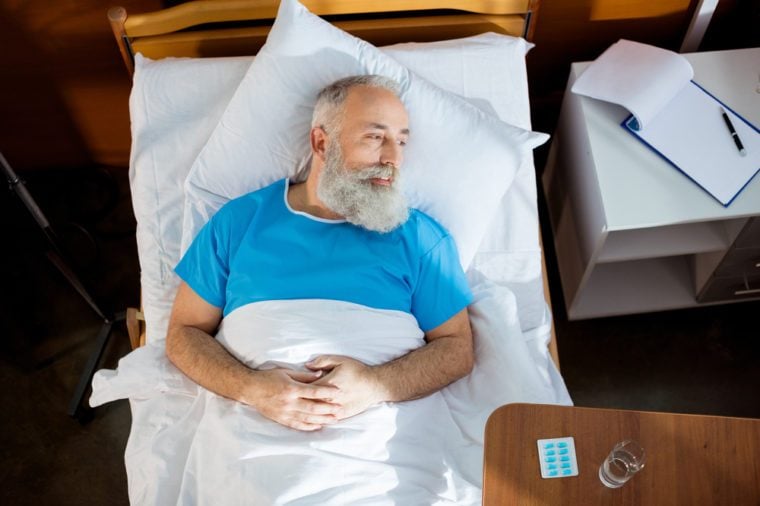 Brain myth: Being in a coma is like being asleep

Television dramas often portray coma patients suddenly waking and feeling fresh as a daisy. The real experience is nothing like that: Patients awakening from a coma can be disabled and need rehab because the brain and body aren’t getting the activity they would during regular sleep. Find out what coma is really like, from six survivors. 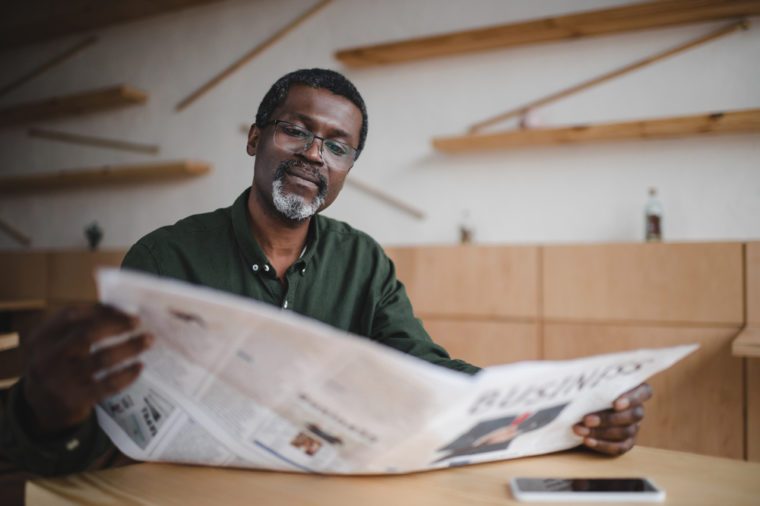 While a healthy older brain may lose some agility, its capacity stays the same. Yes, remembering a complicated set of directions or a long list of words will require more time and repetition. But if you put in the effort, you’ll retain the information just as well as a younger person, if not better. However, dementia can dramatically reduce your recall: Pay attention to these 9 early signs of Alzheimer’s disease. 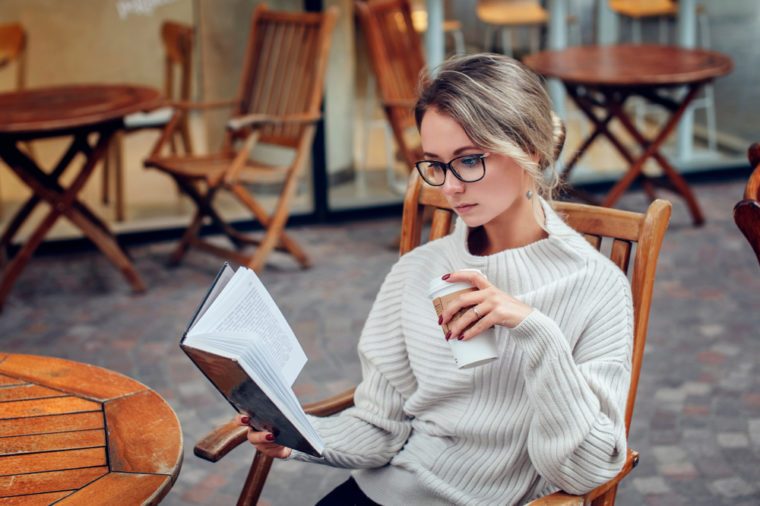 Mental agility—not capacity—actually begins to decline at around the age of 24. The older we are, the harder we need to work to keep our minds running at a fast clip. Next, brush up on the 50 secrets your brain wishes you knew.

Alyssa Jung
Alyssa Jung is a writer and editor with extensive experience creating health and wellness content that resonates with readers and performs well on social platforms. She freelanced for several local publications in Upstate New York and spent three years as a newspaper reporter before moving to New York City to pursue a career in magazines.She spent five years writing, editing, and fact-checking for Reader's Digest and rd.com before moving on to Rodale's Prevention magazine, where she is a Senior Associate Editor for print and a contributor to Prevention.com.