Lower abdominal pain is common, and it can be a sign of a serious condition. Here are some possible medical reasons for your symptoms. 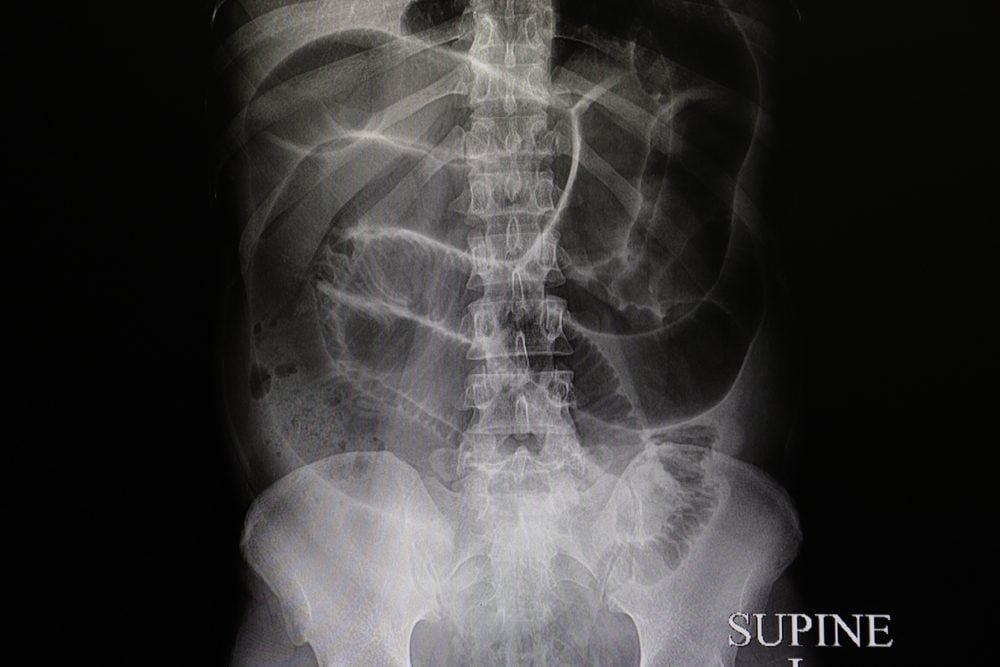 One of the most common causes of lower abdominal pain are infections caused by various viruses or bacteria known as gastroenteritis. “Viral causes are by far the most common and more contagious, but bacterial causes are often more serious in nature, often caused by food or water sources,” notes Mark D. Salsberry, MD, Medical Director of the Urgent Care Network at WellStar Health System. “Gastroenteritis generally presents with nausea, vomiting, and diarrhea before the typically crampy pain develops.” Symptoms typically last anywhere from one to three days, but bacterial infections tend to be more severe and lengthy. He recommends that patients seek medical care if symptoms last more than a day, if they have a fever, or if they experience blood in the stools. “Symptoms of mild gastroenteritis are often amenable to home treatment, consisting of clear fluids with acetaminophen, ibuprofen, and occasionally over-the-counter agents such as bismuth subsalicylate (Pepto Bismol) and loperamide (Immodium and others),” he says. Doctors will soon be able to test whether your infection is bacterial or viral. 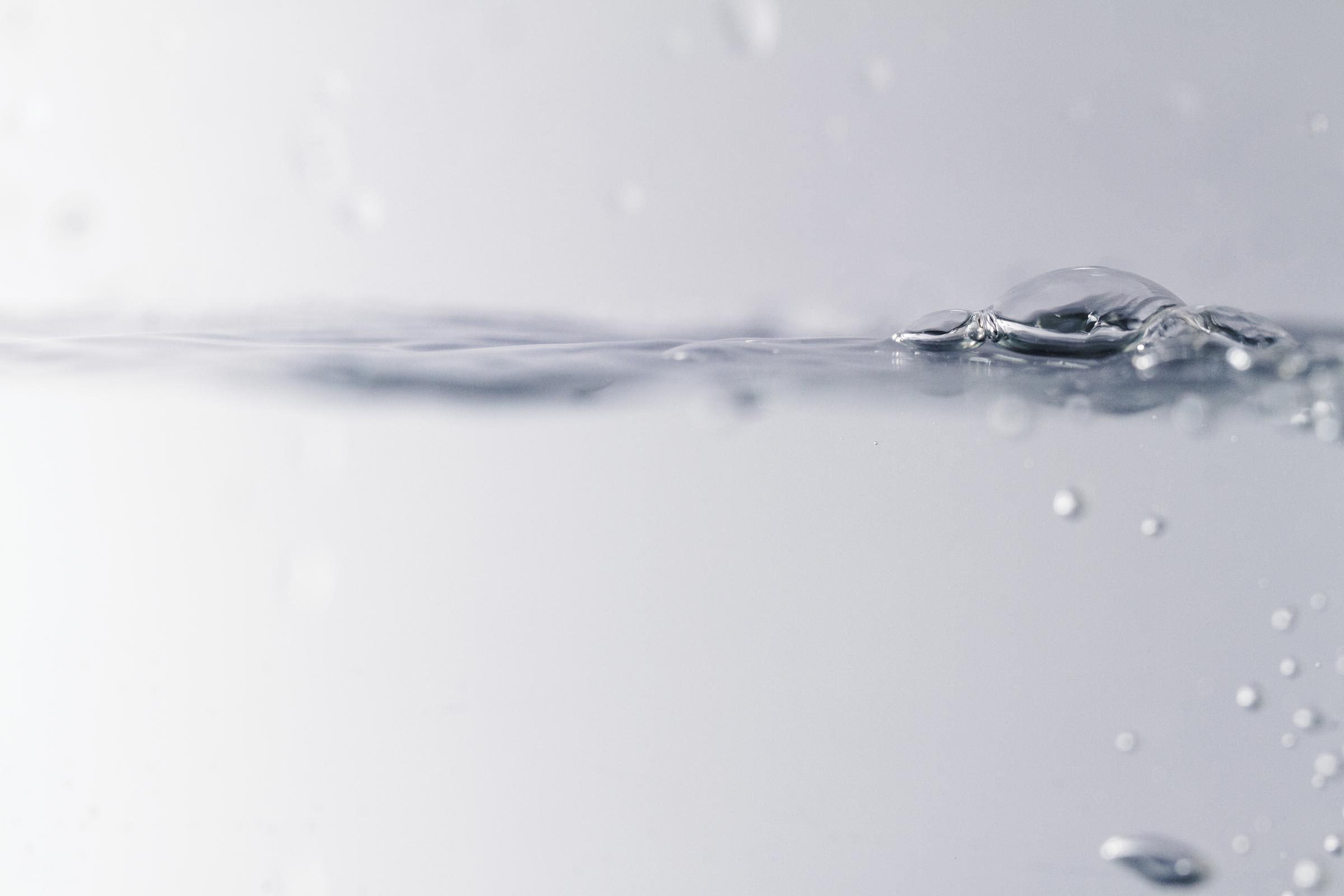 Sometimes pain in your lower abdominal area is merely a buildup of gas in your gut. “An excess of gas can make your stomach hard and push outwards and can also create a pressure that can range from uncomfortable to painful,” says Tara Coleman, CN, clinical nutritionist in San Diego, California. “This can happen after you eat an unusually large meal or if you consumed particularly gassy foods, such as cruciferous vegetables (broccoli, Brussels sprouts, cauliflower), beans and lentils, or carbonated beverages such as soda or seltzer.” To tame the discomfort, not to mention the belching, burping, and flatulence associated with gas, try to avoid foods that are known to cause it and take over-the-counter digestive aids such as Beano. Read about more unexpected reasons why you’re so gassy. 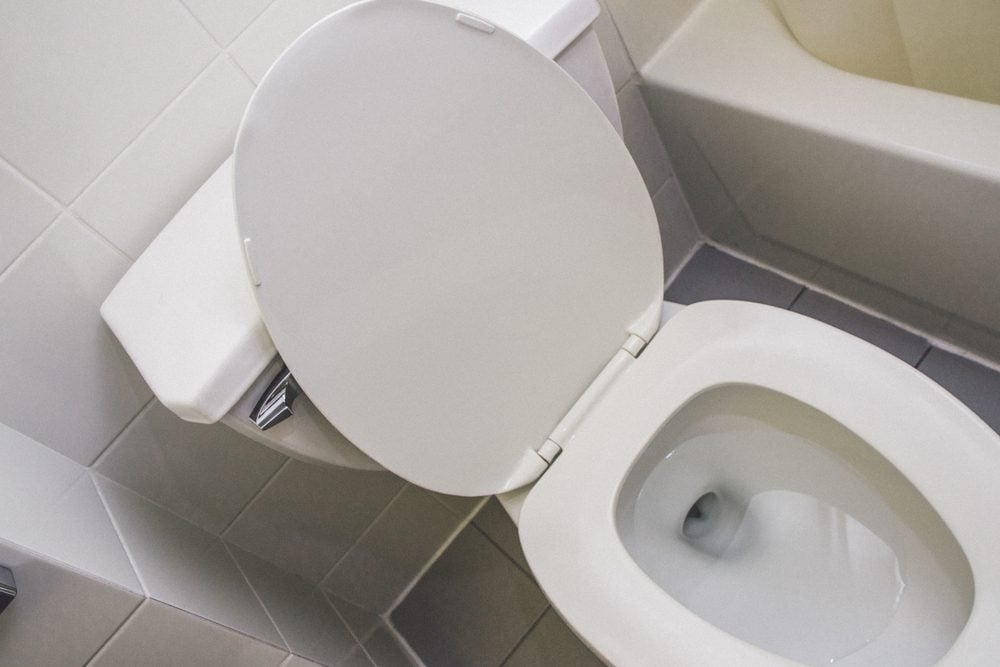 Most of us can say we’ve experienced constipation at least a few times in our life, and it’s a common cause of lower abdominal pain. Constipation becomes increasingly common with age, as the bowels grow sluggish; certain conditions and some medications can make it worse. Constipation can also be a sign that you’re not eating enough fiber, not getting regular exercise, or failing to drink enough water, notes Dr. Salsberry. “Symptoms may include a sense of mid to lower abdominal fullness, a decrease in the number or frequency of bowel movements or straining to have a bowel movement—and, while the pain is generally not too severe, it is typically present for days to weeks in most cases,” he says. Luckily, you can manage most cases of constipation on your own by eating more produce, being more active, and drinking more water. You can also try stool softeners or mild laxatives such as Miralax. However, Dr. Salsberry recommends that you see a doctor if your symptoms come on suddenly, you have blood in the stools, or your home therapy doesn’t do the trick. “In these circumstances, it is important to exclude a bowel blockage from a tumor or growth in the intestines,” he says. Learn more about what causes constipation. 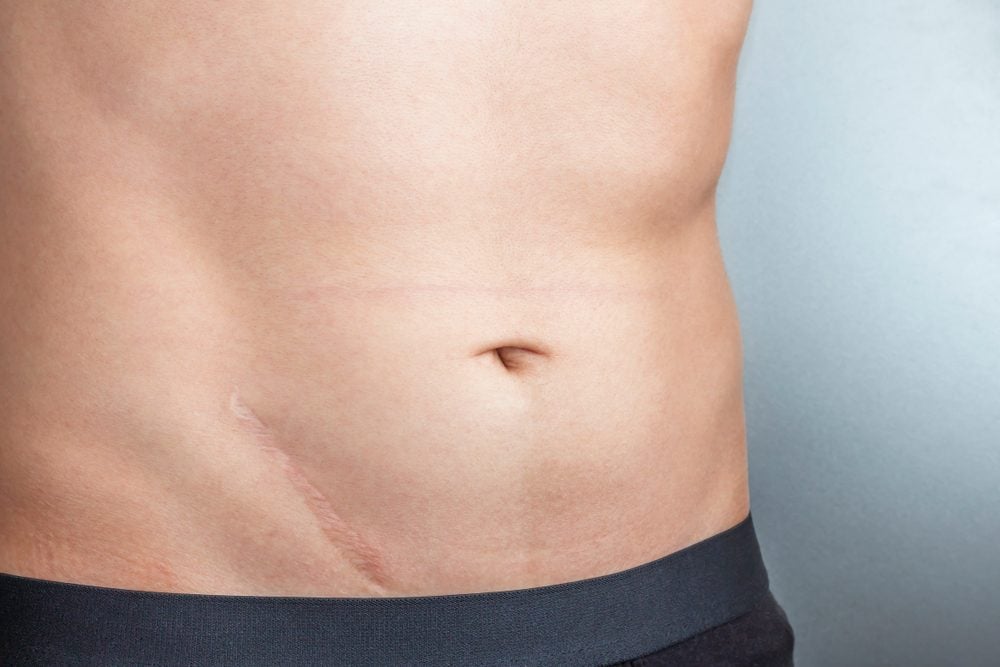 The appendix, the tiny tubular structure at the junction of our small and large intestines, plays an important role in aiding our immune system. But the organ can become blocked, inflamed, and swollen, irritating the surrounding tissues and triggering lower abdominal pain. That’s appendicitis, explains Dr. Salsberry, and the symptoms of this condition often develop slowly over several hours: In addition to pain, people will lose their appetite, feel nauseated, and even vomit. “As the disease progresses, it generally localizes to the right lower side of the abdomen,” says Dr. Salsberry. “Any time appendicitis is suspected, patients should seek prompt, same day medical care, as the condition is always an emergency and delay in diagnosis can allow the appendix to rupture, causing multiple complications and occasionally death.” Be in the know about these serious appendicitis symptoms. 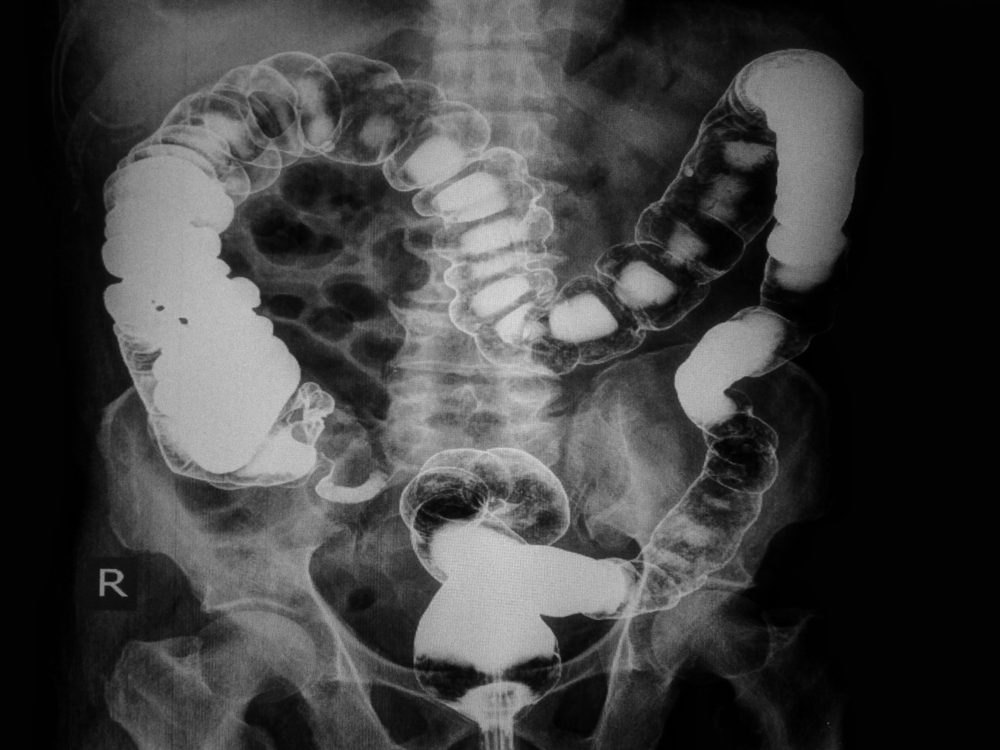 As you get older, your colon ages as well—and part of the aging process is the buildup of small, sac-like protrusions called diverticula. These are usually painless unless they become blocked or irritated. In this case, a localized infection known as diverticulitis can start (similar to appendicitis). Symptoms generally include a dull lower abdominal pain on the left side, and it can get progressively more severe over hours or a few days; you may be constipated, have a fever, and experience nausea and vomiting, explains Dr. Salsberry. “If diverticulitis is suspected, patients should seek prompt medical care, as, if left untreated, the infected diverticula can rupture, allowing the infection to spread into the abdomen or even the bloodstream,” he warns. “These complications can be life-threatening.” Here’s what GI docs wish you knew about diverticulitis. 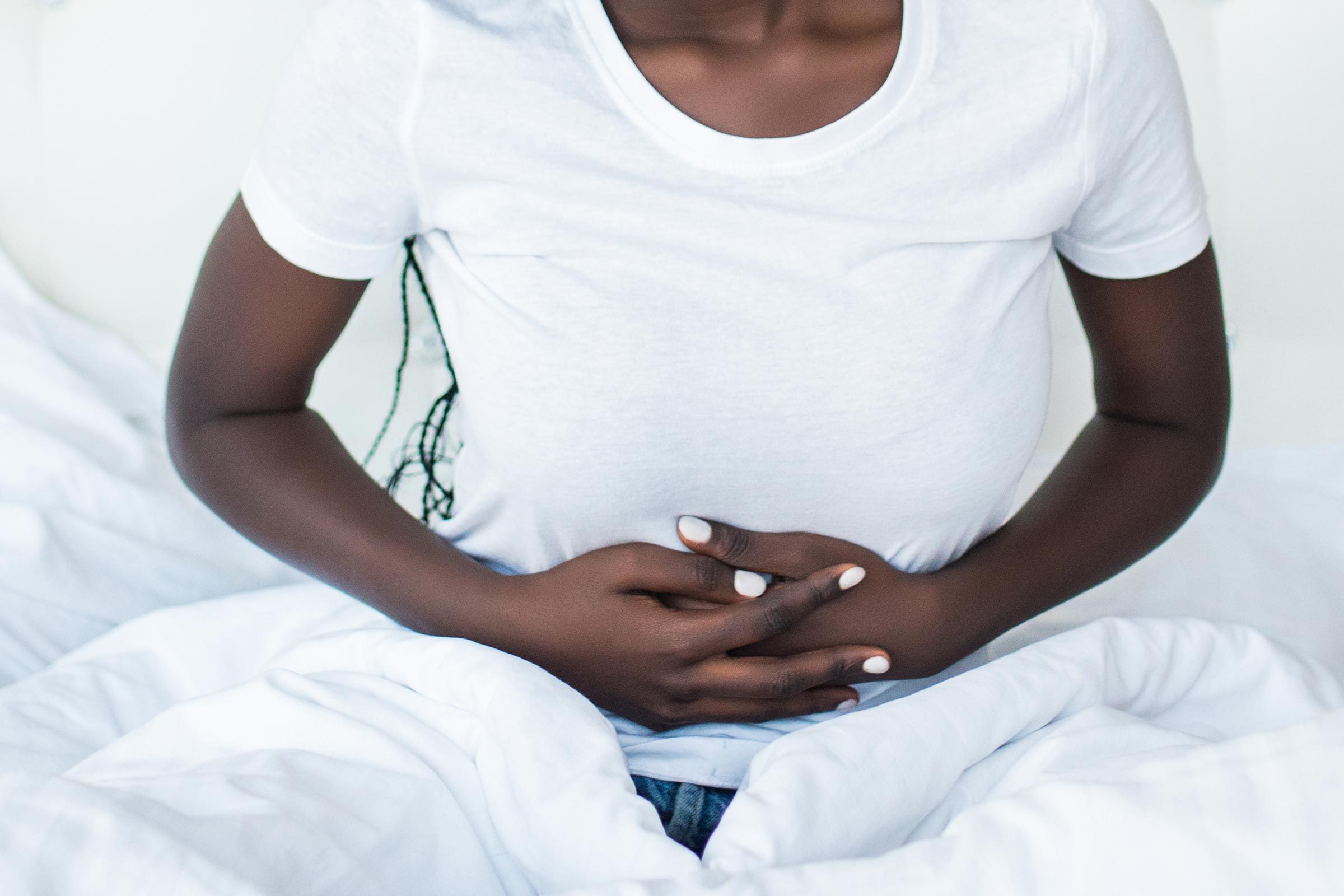 This condition occurs only in women, when cells resembling those of the uterus start to grow outside the uterine cavity—and it’s incredibly painful. Unfortunately, doctors are discovering that more women suffer from the condition than they once believed—as many as 1 in 10. The symptoms can vary from essentially no complaints to severe chronic pelvic pain, irregular menstrual bleeding, and even infertility, explains Rusha Modi, MD, a physician in internal medicine, gastroenterology, and hepatology and assistant professor of Clinical Medicine at Keck Medical Center of USC. “The peak age of prevalence is usually 25 to 35 years old, although it can affect women throughout their reproductive years and rarely even in post-menopausal women as well as prepubescent children,” he says. “It is important to have a discussion with an OB/GYN, though in severe cases you may need to involve other specialties.” Don’t miss the 15 things no one tells you about endometriosis. 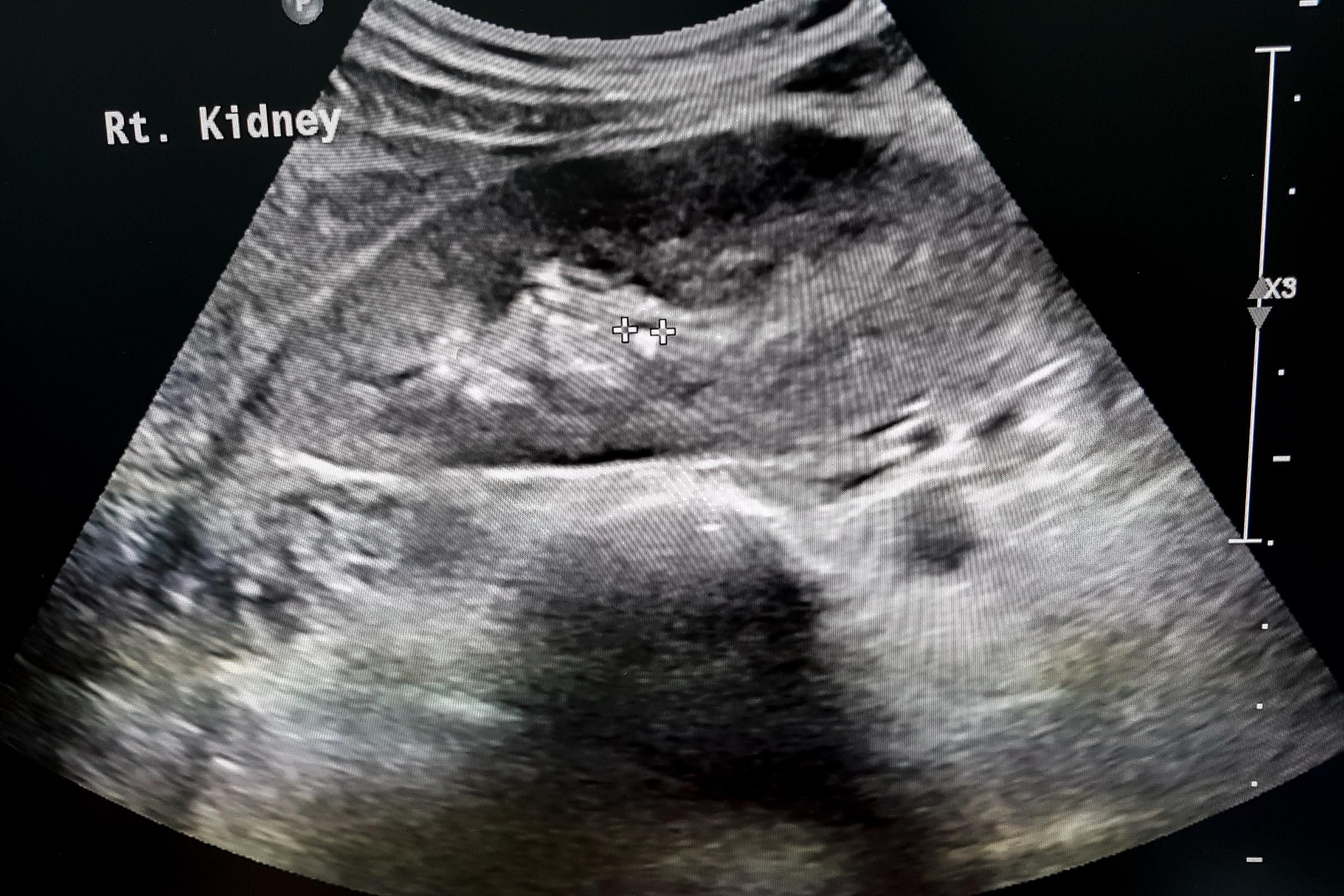 People typically describe this as the “worst pain of my life”: Kidney stones (aka nephrolithiasis) are hard mineral and salt deposits that form inside the kidneys; the only way to get them out is to wait until they pass through your urinary tract. “Depending on the size of the stone and the location of the urinary obstruction, patients may have right or left side, stabbing, lower abdominal pain. They may even get testicular or pelvic pain,” says Dr. Modi. “Treatment options can be supportive care (hydration, pain management) and allowing the stone to pass, which is effective for most patients. Or doctors can use shock wave therapy or lasers to dissect stones and facilitate passage and removal.” Here’s exactly how long it takes to pass a kidney stone. 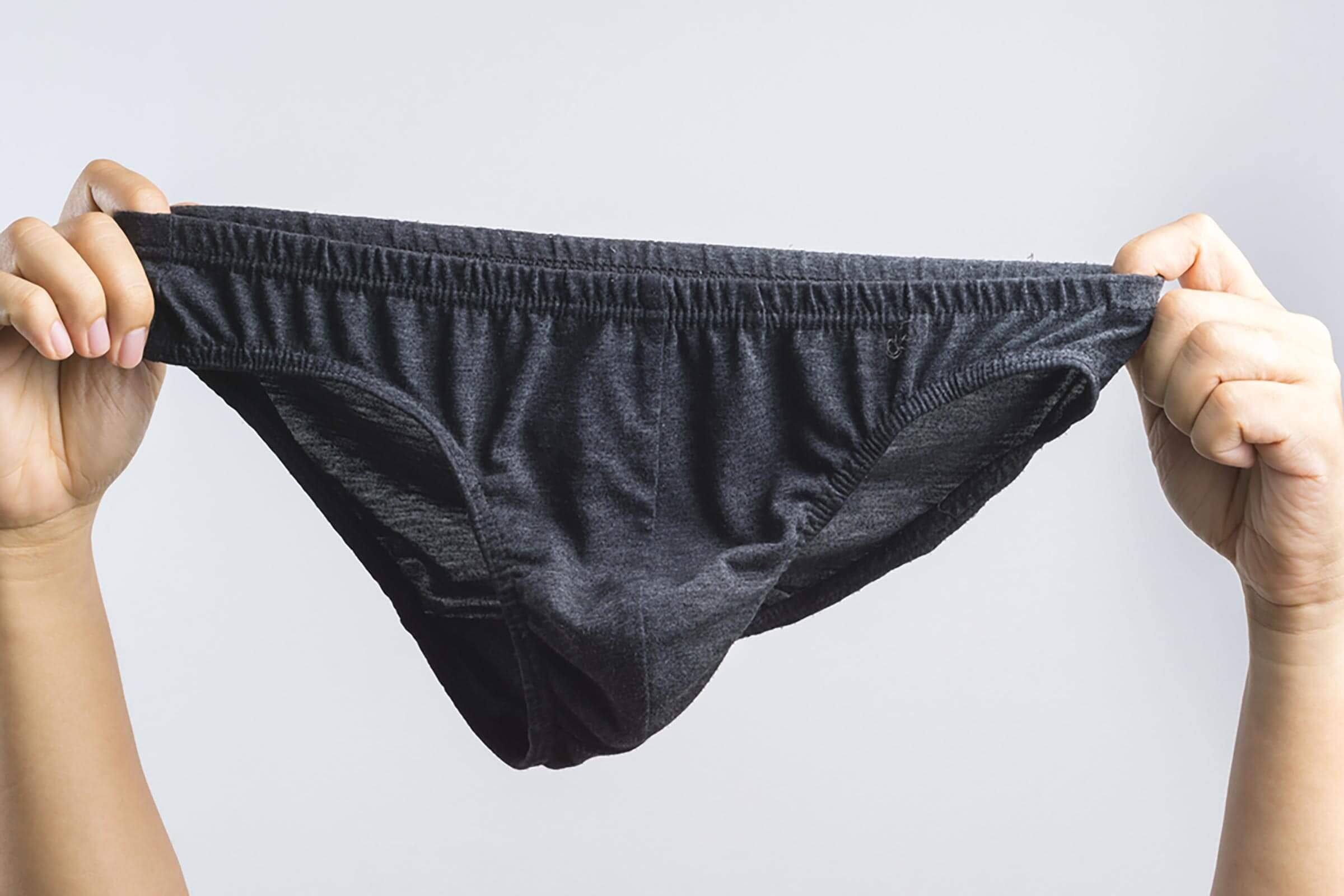 Although this type of infection involves the bladder, one of its common symptoms is lower abdominal pain. UTIs tend to be more common in women and occur when bacteria move up the urinary system and begin to multiply. “The pain is typically burning in nature, located in the low pelvis, and associated with a variety of urinary complaints including increased frequency, hesitancy, and urgency,” says Dr. Modi. “Mild cases can be treated with a short course of antibiotics such as Bactrim or Macrobid; however, if the infection involves the upper urinary system (notably the kidneys), patients can have significant sharp flank pain often with fevers and should see their doctor.” This, he explains, is referred to as pyelonephritis and requires a different—and often more powerful—course of treatment. Read on to learn why you’re getting UTIs out of nowhere. 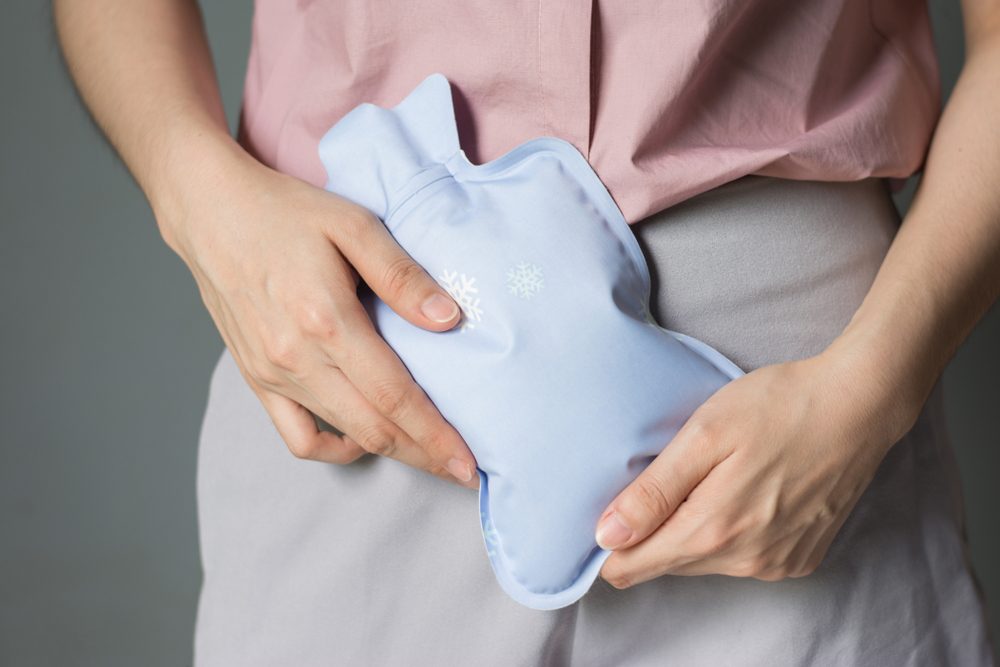 Though few have heard of this condition, many women have felt the one-sided, ovulation-related lower abdominal pain known as mittelschmerz (it’s German for “middle pain”). “This pain is caused by normal follicular enlargement just prior to ovulation, or to normal follicular bleeding at ovulation, and is typically mild,” says Dr. Modi. “Because it is due to the release of an egg, it will be unilateral and can alternate sides from month to month. It occurs midway between menstrual periods and lasts for a few hours to a couple of days.” Most of the time, mittelschmerz can be treated with heating pads and over-the-counter pain medication such as Tylenol or Advil. In some cases, however, OB/GYNs may prescribe oral contraceptives to treat the pain. “Severe pain or pain that occurs before or after mid menstruation is not mittelschmerz and requires evaluation by your primary provider,” he adds. Read about other signs that you might be ovulating. 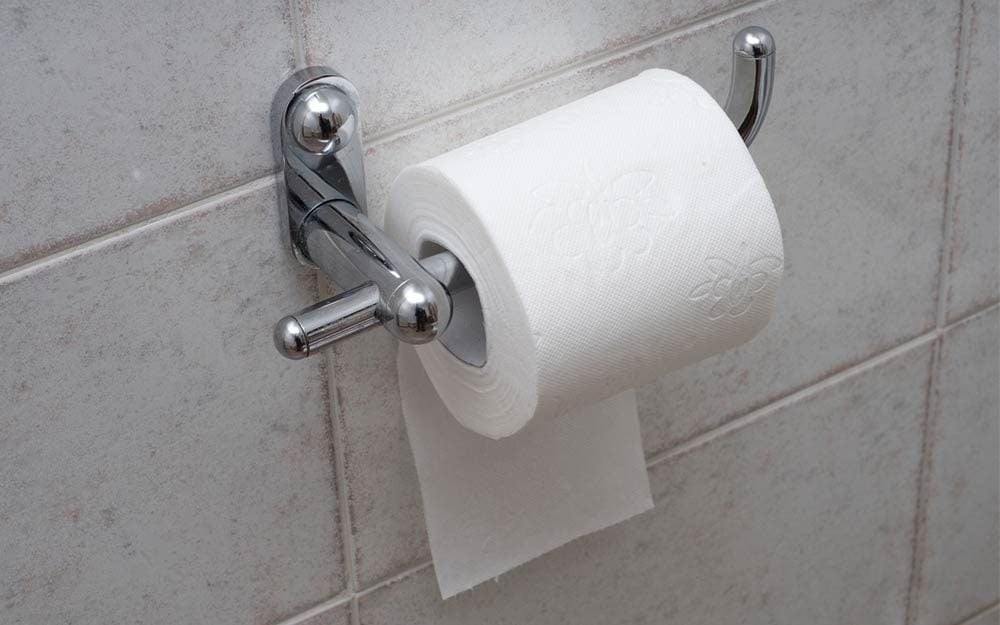 A blockage in the opening of the bladder can occur in both men and women. “In men, the most common cause is enlargement of the prostate gland that comes with aging. In women, it is often related to certain medications, recent abdominal or pelvic surgery, or occasionally neurological disorders that affect the bladder,” says Dr. Salsberry. “Symptoms include difficulty urinating, increased abdominal pressure, and urinary leakage throughout the day. The symptoms often begin gradually, but then progress to steady pain and pressure above the pubic bone.” There are no simple home treatments for this condition, so you’ll need professional medical care. Usually, a doctor will place a small tube (catheter) into the bladder to drain the accumulated urine. Never heard of urinary retention? Don’t miss the 10 other facts about peeing you didn’t know. 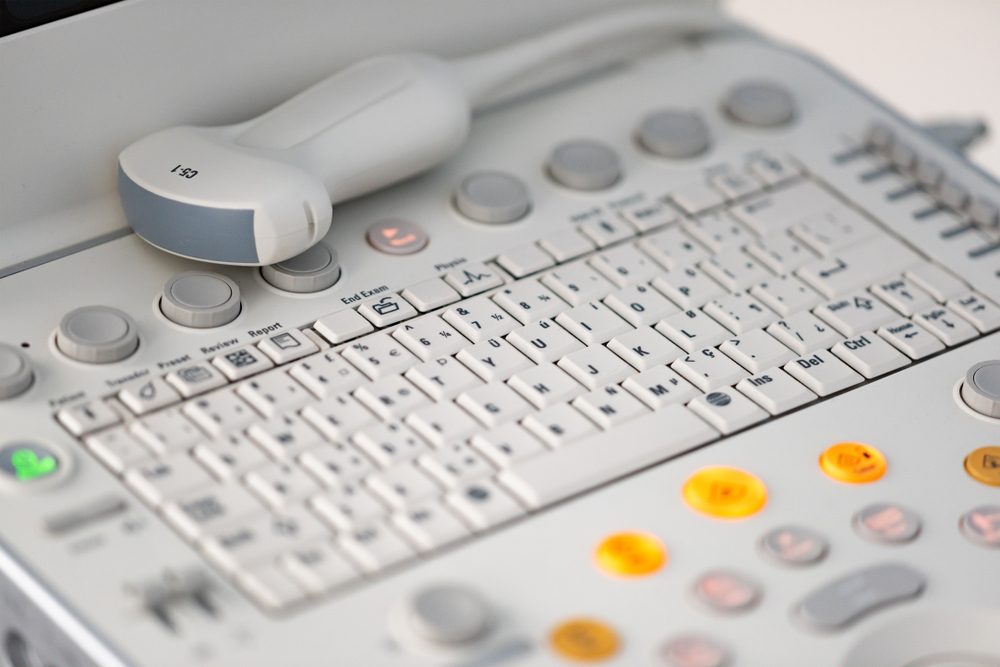 This condition that happens only in women is characterized by lower abdominal pain during physical activity—including sexual intercourse. Ovarian cysts can occur naturally during the menstrual cycle in women of childbearing years. “When one of the small follicles that form on the surface of ovaries releases an egg, typically the cysts will shrink. But sometimes a normal cyst will not resolve but instead continue to grow to the point where it causes pain in the lower abdominal area,” explains Dr. Salsberry. “They are easily diagnosed with an ultrasound exam.” Sometimes a “wait and watch” approach is justified, as some abnormal cysts will eventually resolve on their own, says Dr. Salsberry; other times, hormonal treatment such as birth control pills may help. If your periods are irregular, polycystic ovarian syndrome (PCOS) should be ruled out; here are the most common signs of PCOS every woman should know. 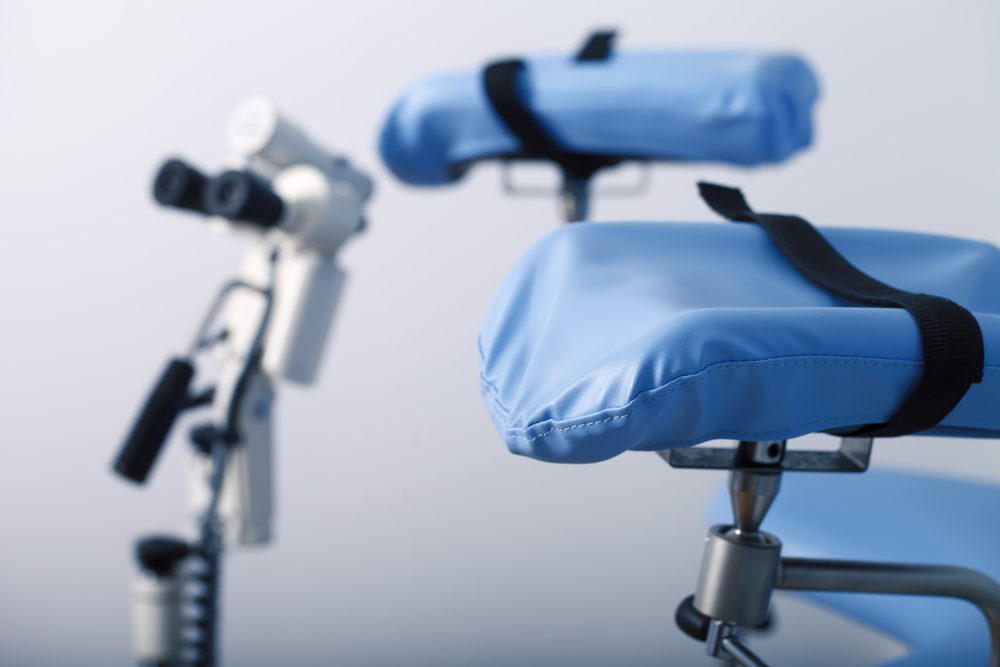 Under normal circumstances, when an egg is fertilized, it will plant inside the lining of a woman’s uterus. But, explains Dr. Salsberry, in rare circumstances the fertilized egg will implant inside the fallopian tube. “Tubal pregnancy is a life-threatening condition, so medical care should be sought promptly any time this is a consideration,” he says. “The primary treatment for a tubal pregnancy is generally surgical, where the tube and ovary on the side involved are often removed.” Here are some very early pregnancy signs that are easy to miss. 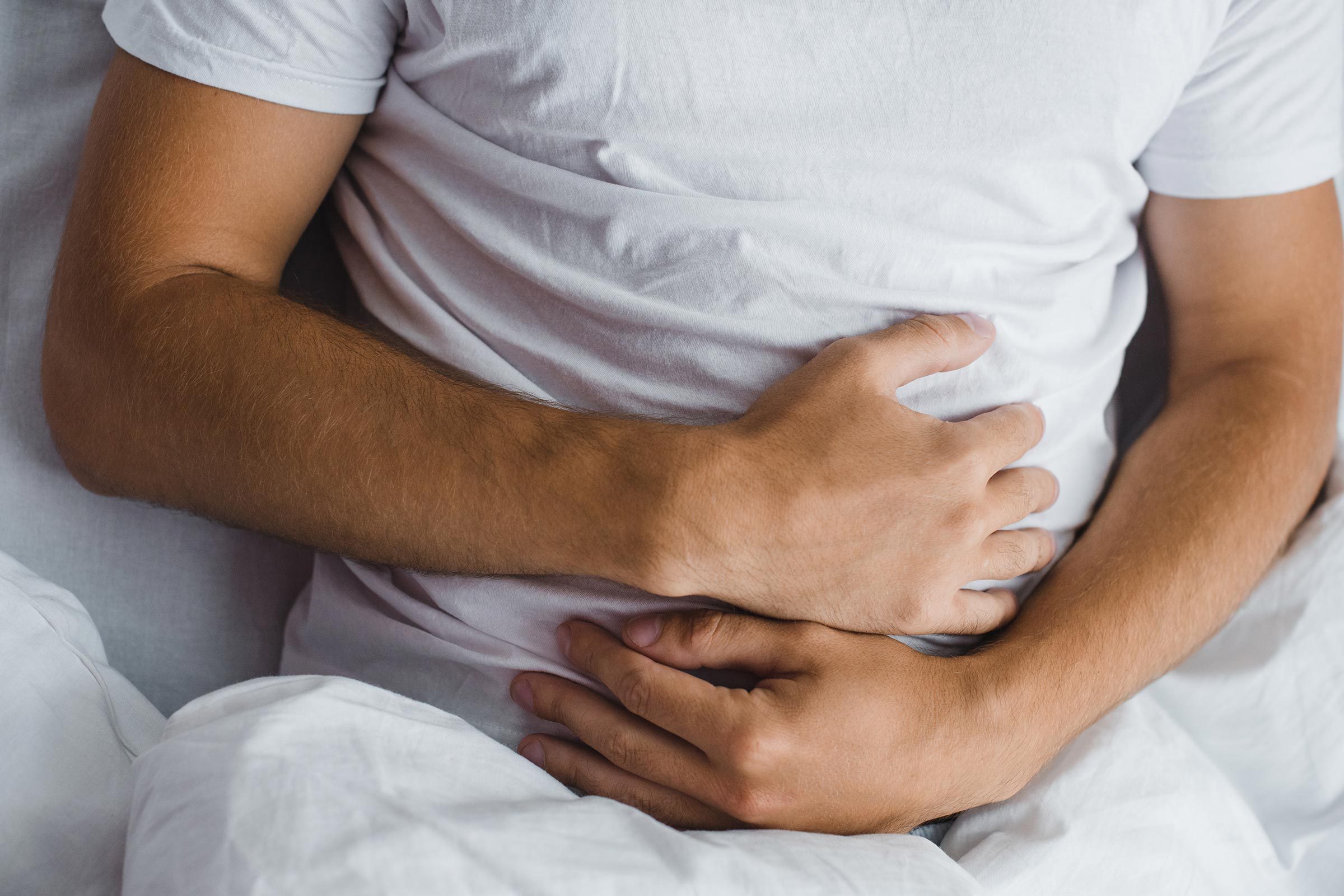 Lower abdominal pain that’s worse during sex is often the result of pelvic inflammatory disease, also known as PID. Other symptoms include fever, vaginal discharge that has a particularly bad odor, pain or bleeding during or after sex, and a burning sensation with urination. “If you have new onset pain and discharge that you haven’t seen before, it’s important for you and your sexual partner to be diagnosed and treated so you don’t keep passing the infection back and forth,” says Aimee Eyvazzadeh, MD, San Francisco-based fertility specialist. STDs are at a record high—and here’s why you might be at risk.

Jenn Sinrich
Jenn Sinrich is an experienced digital and social editor in New York City. She's written for several publications including SELF, Women's Health, Fitness, Parents, American Baby, Ladies' Home Journal and more.She covers various topics from health, fitness and food to pregnancy and parenting. In addition to writing, Jenn also volunteers with Ed2010, serving as the deputy director to Ed's Buddy System, a program that pairs recent graduates with young editors to give them a guide to the publishing industry and to navigating New York.When she's not busy writing, editing or reading, she's enjoying and discovering the city she's always dreamed of living in with her loving fiancé, Dan, and two feline friends, Janis and Jimi.