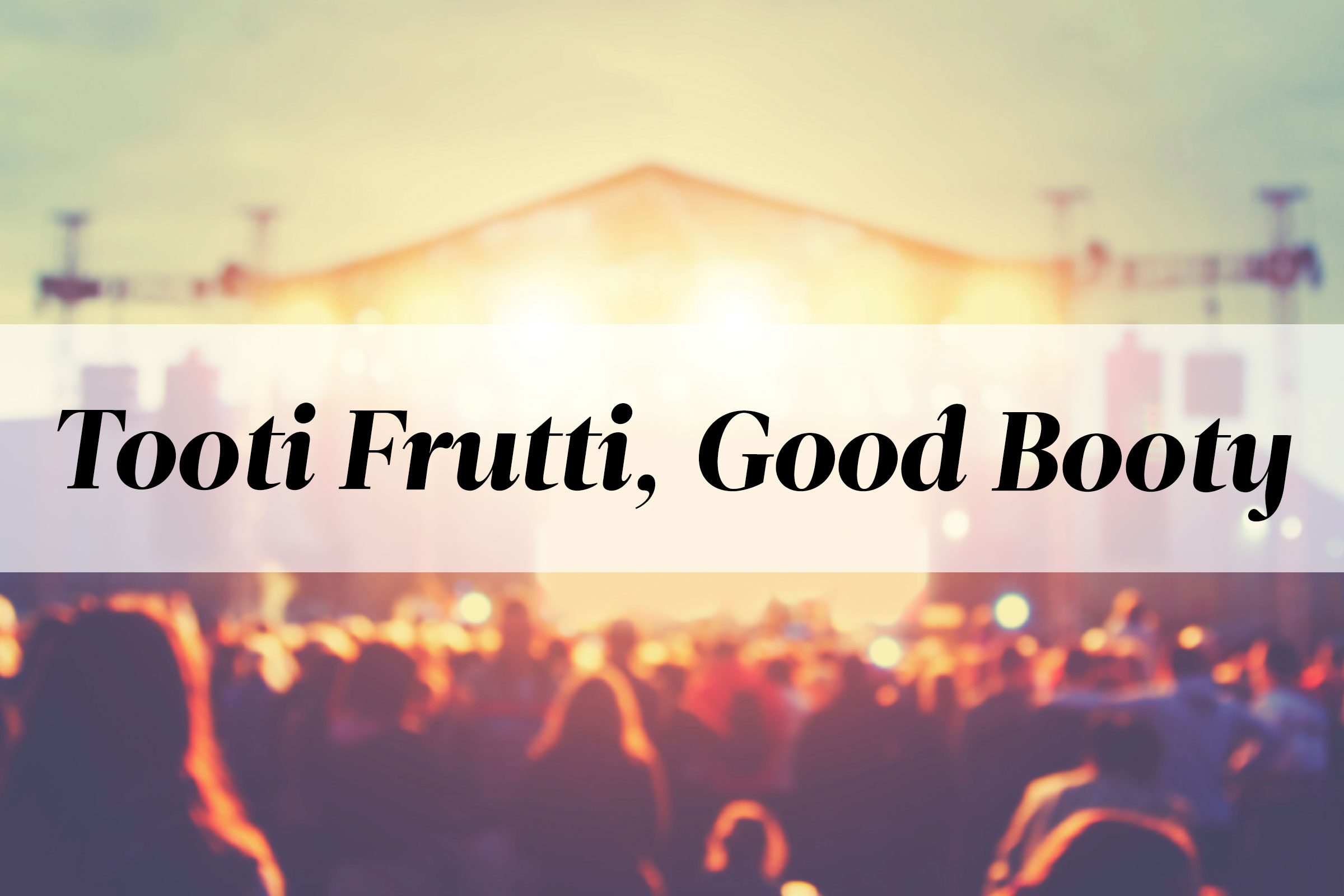 By 1955, Little Richard had been recording major-label singles for four years, but none of them had taken off. Frustrated on a lunch break at Specialty Records, Richard started hammering the studio’s piano and wailing a raunchy tune he used to play at Southern clubs. The lyrics: “A-wop-bom-a-loo-mop-a-lomp-bom-bom! Tutti Frutti, good booty! Tutti Frutti, good booty!” Producer Bumps Blackwell knew Richard was onto something—he just needed to sex-down the words a bit. With the help of a local songwriter, “good booty” was swapped for a slang expression meaning “all right,” and the rest, as they say, is aw rooty. 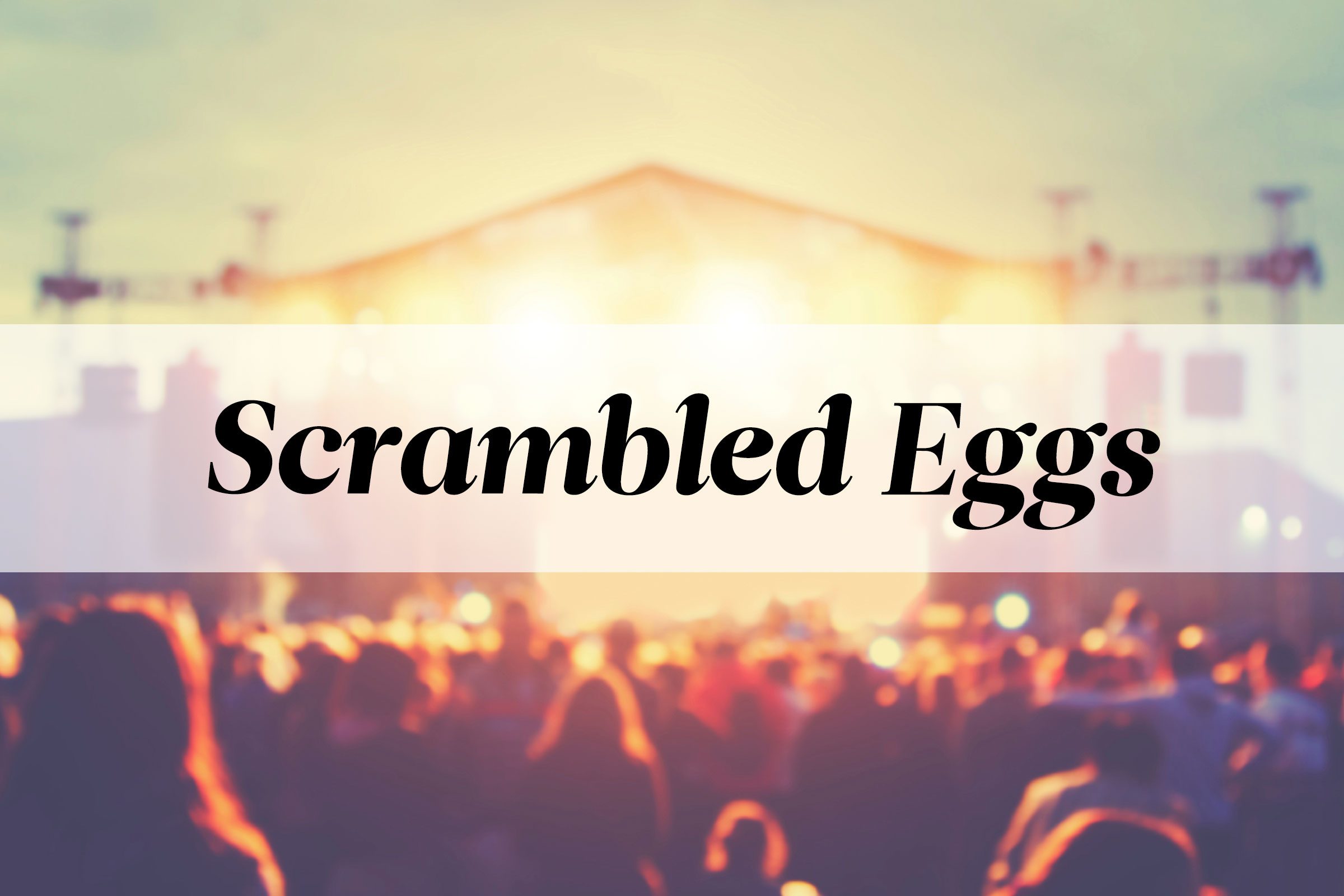 Before it became the most-covered song in history (4,000 recordings and counting), “Yesterday” was but a wordless tune that came to Paul McCartney in a dream. For months, Paul referred to the unfinished song as “Scrambled Eggs,” and played it with the hungry placeholder lyrics: “Scrambled eggs/ oh, my baby, how I love your legs,” before finally penning the words we know today. Lucky for egg-ficionados, Paul recorded the original version in 2012 alongside Jimmy Fallon, adding a bonus verse about waffle fries. 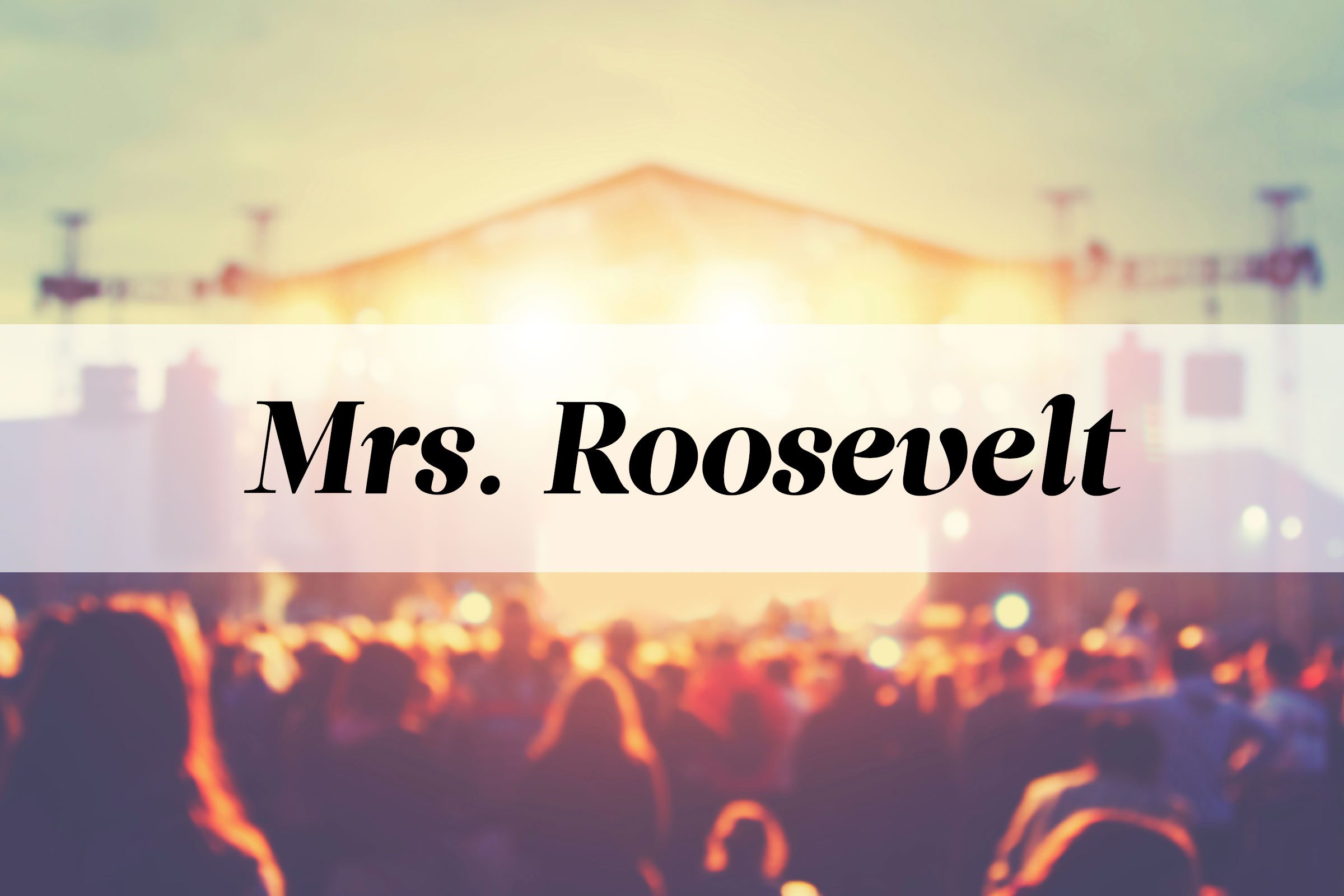 While filming The Graduate in 1967, director Mike Nichols turned his lonely eyes to “Sound of Silence” superstars Simon and Garfunkel, hoping to score a brand-new song for his movie’s soundtrack. Simon was too busy touring to write something from scratch—but he had been tinkering with a new tune called “Mrs. Roosevelt,” a tribute to Eleanor Roosevelt and the glorious past. Nichols didn’t care that the lyrics had nothing to do with his film, so long as Simon agreed to change the title to “Mrs. Robinson.” Lucky for us all, he did. Learn the crazy backstories behind the most famous Sesame Street songs. 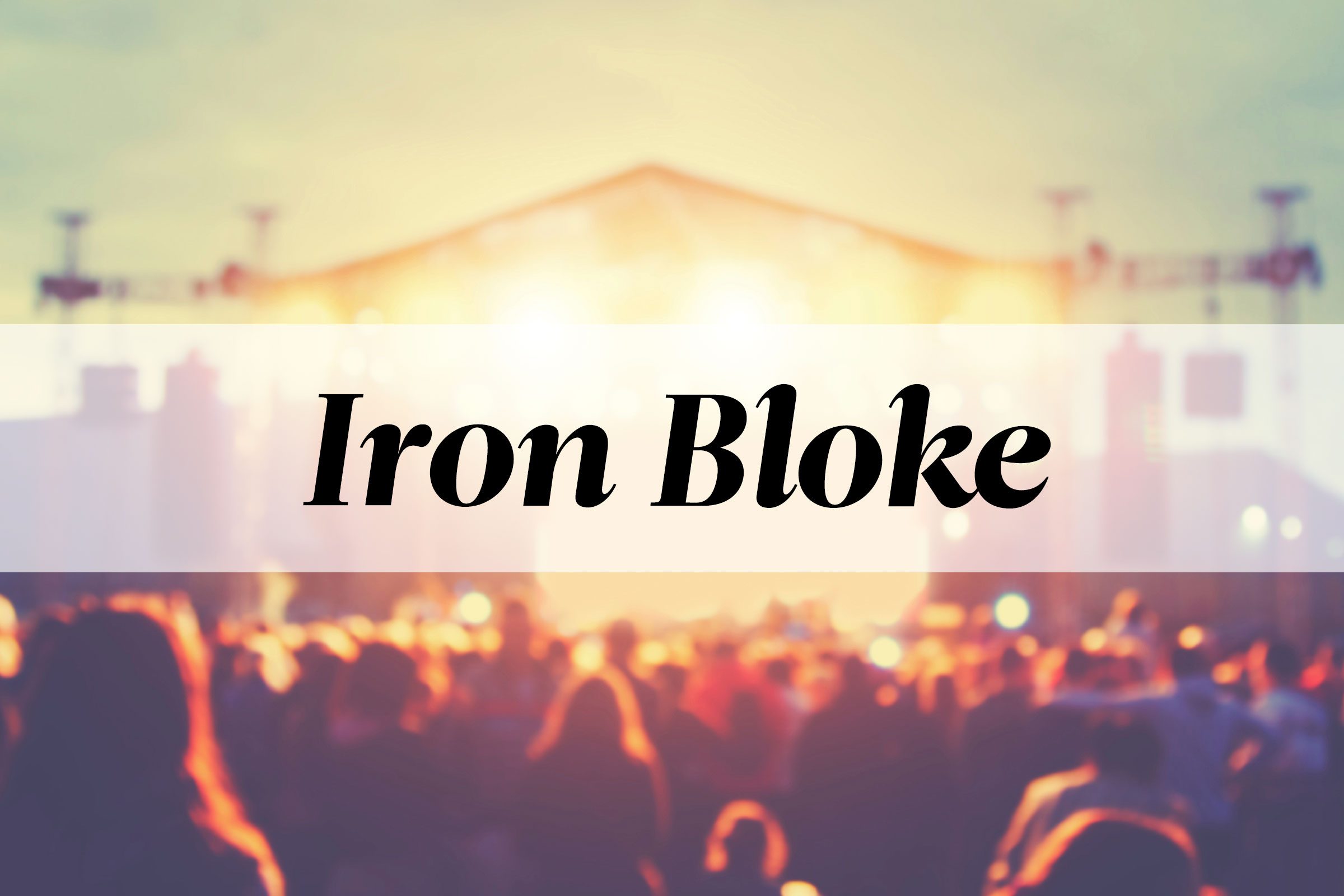 Black Sabbath guitarist Tony Iommi had just written one of the great rock riffs of all time, but there remained a problem: the half-formed song needed lyrics worthy of its crushing electric backbone. Ever inspired, vocalist Ozzy Osbourne posited that the riff sounded just like “a big iron bloke walking about.” Sabbath ran with the theme but, for better or worse, refined the title. “Iron Man” was born. 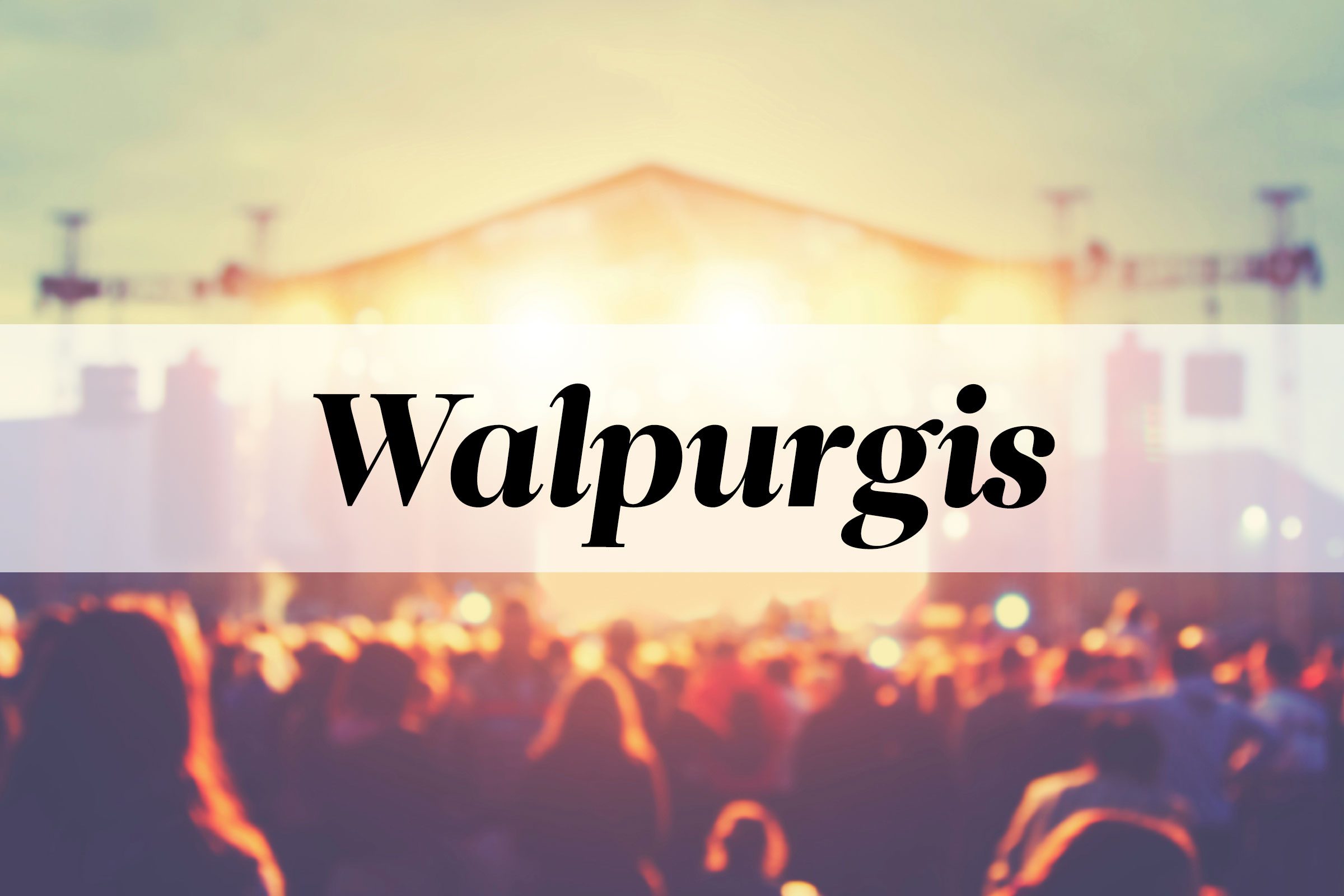 And ‘War Pigs’ was almost ‘Walpurgis’

Given lines about “Witches at black masses” and “Sorcerers of death’s construction,” it may not surprise you that Sabbath sometimes turned to the underworld for inspiration while writing “War Pigs” (and, well, everything else in their catalog.) The title, in fact, nearly paid homage to the pagan holiday Walpurgis. “Walpurgis is sort of like Christmas for Satanists, and to me, war was the big Satan,” says bassist/lyricist Geezer Butler. “But when we brought it to the record company, they thought ‘Walpurgis’ sounded too Satanic. And that’s when we turned it into ‘War Pigs.’” 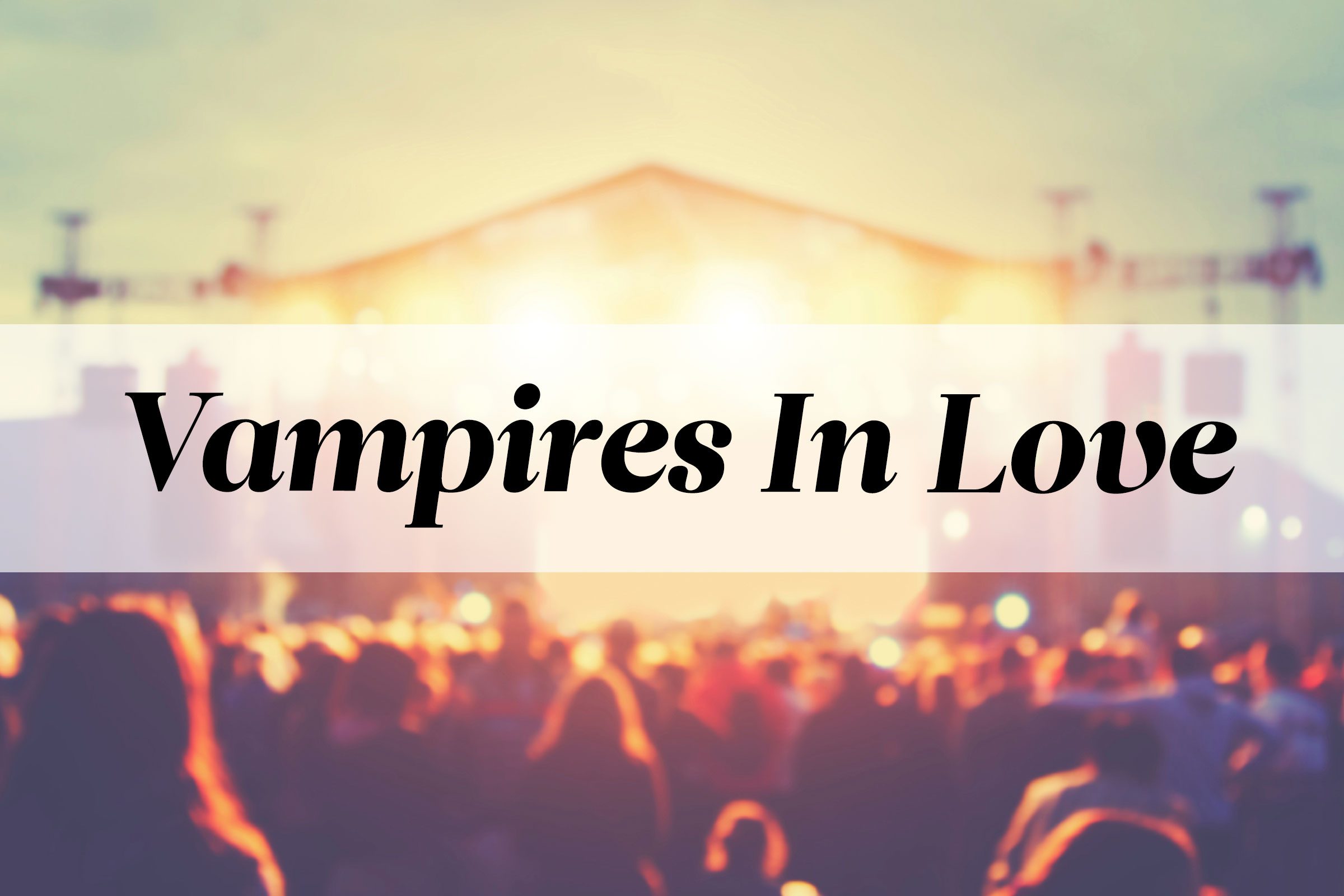 ‘Total Eclipse Of The Heart’ was originally ‘Vampires In Love’

Bonnie Tyler’s wrenching ballad about “love in the dark” could raise the dead… at least, lyricist Jim Steinman hoped it would. As Steinman told Playbill, “I actually wrote that to be a vampire love song. Its original title was “Vampires in Love” because I was working on a musical of Nosferatu, the other great vampire story. If anyone listens to the lyrics, they’re really like vampire lines. It’s all about the darkness, the power of darkness and love’s place in dark…” 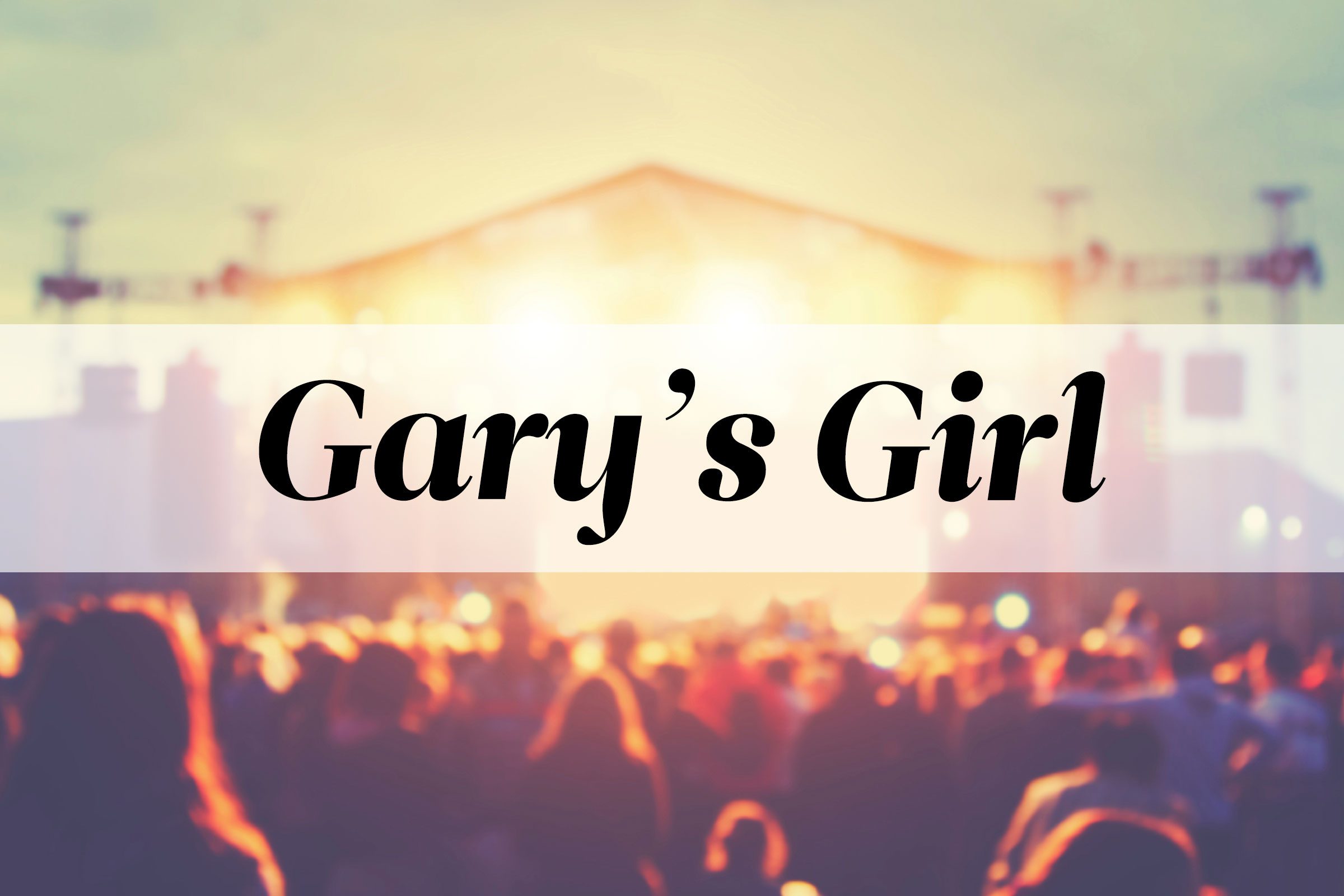 Rick Springfield’s career-making crush anthem is autobiographical. In his 20s, Springfield fell for a girl in his stained-glass class (we’ve all been there). The problem was, she was dating a dude named Gary. Rick became fast friends with both Gary and Gary’s girl, but when it came time to commit the incident to song, he realized the name Gary just “didn’t sing.” He ultimately changed it to Jessie, after Los Angeles Rams wide receiver Ron Jessie, who appeared on one of Rick’s favorite t-shirts. 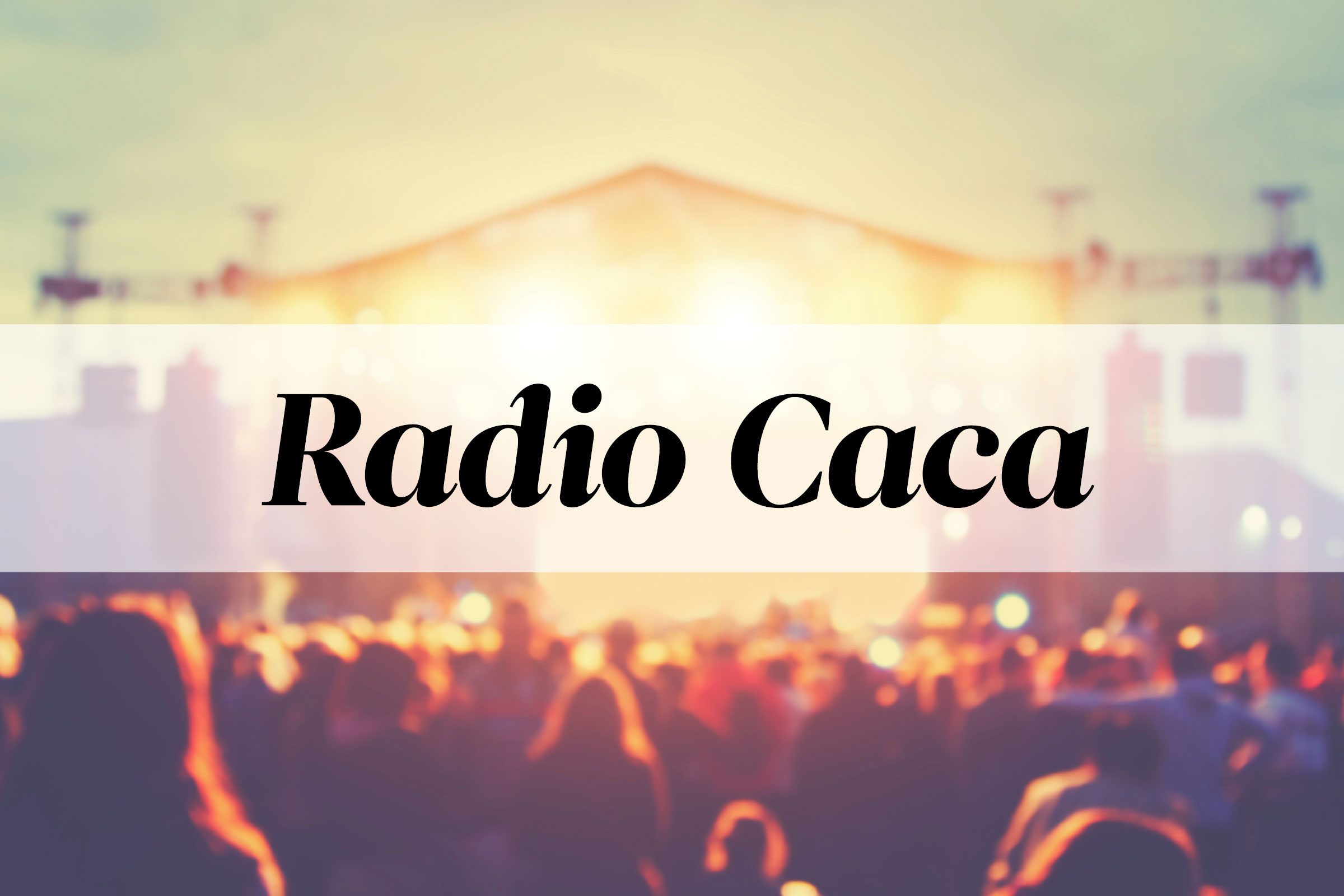 Queen drummer Roger Taylor was disenchanted with radio, but not nearly so much as his toddler son Felix was. Allegedly, Felix exclaimed “radio CACA!” one day while listening to a particularly bad bit of programming, inspiring his dad to write a damning song about it. Preferring not to get on the bad side of every commercial radio station in the world, the rest of the band helped rewrite the title and chorus to “Radio Ga Ga,” turning a condemning song into a praising one. One person who should be especially thankful for this edit: Lady Gaga, who says she took her stage name from the song, and might have had a very different life if Felix got his way. 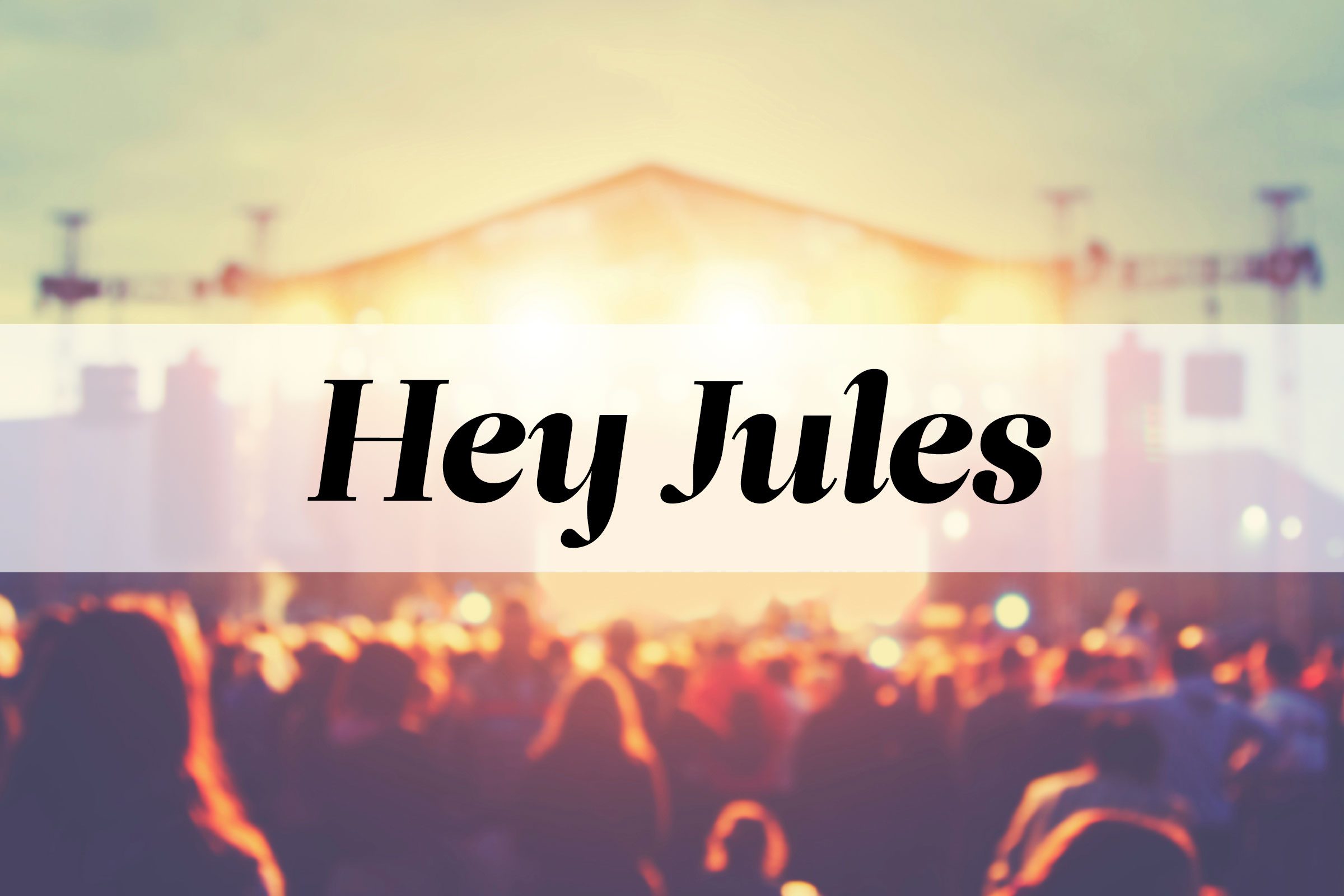 When John and Cynthia Lennon separated in May of 1968, Paul McCartney felt especially bad for their five-year-old son, Julian. On a drive to visit Cynthia and Julian in the suburb of Weybridge, Paul composed a song in the car that he called “Hey Jules” in an attempt to comfort John’s son through his parents’ divorce. “I knew it was not going to be easy for him,” Paul said later, adding that he finally changed the name to “Hey Jude” because he thought “that sounded a bit better.” John must’ve loved singing this one. 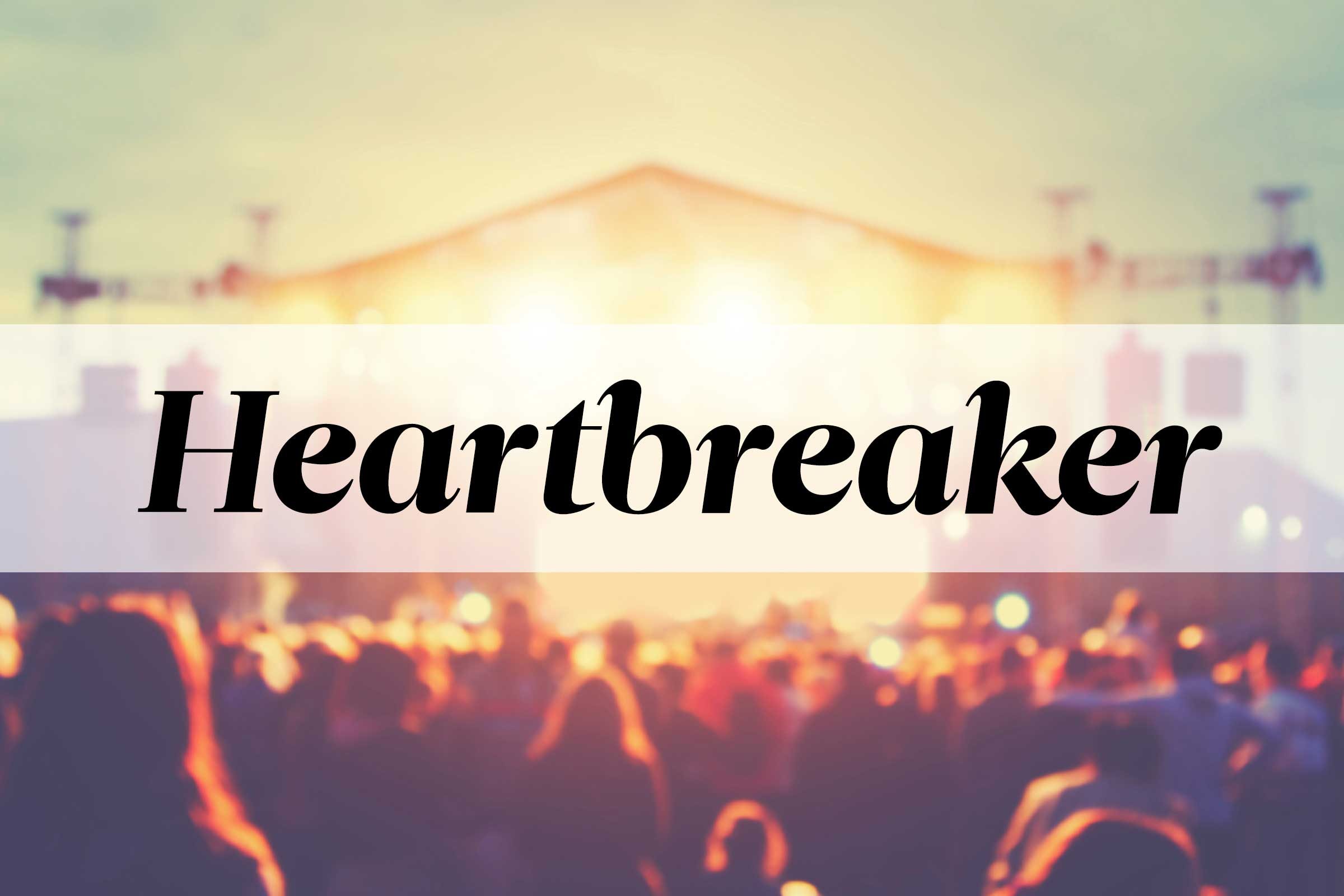 Pat Benatar’s breakout single was actually a cover. First recorded by English singer Jenny Darren in 1978, “Heartbreaker” was rife with British-isms like “from A to Zed,” and “[you’re a] moonraker” —British slang for someone so simple that they’d try to rake the reflection of the moon off a lake thinking it was cheese. Benatar successfully rewrote the lyrics to suit her American audience, never once mentioning fromage. (Here are both versions back-to-back, if you’re curious.) 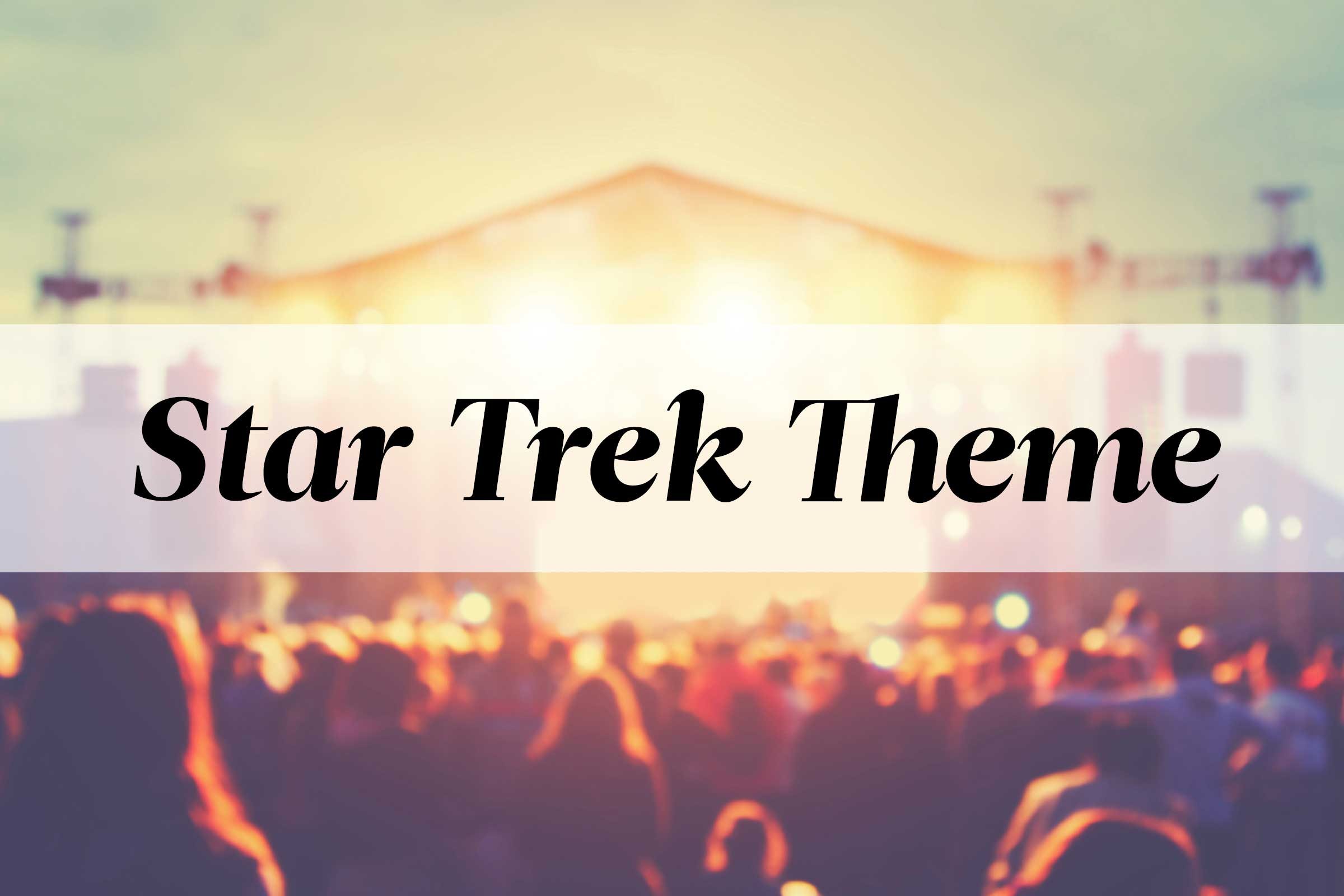 The ‘Star Trek Theme’ had lyrics—really, really bad ones

Setting his phaser to “legal shenanigans,” Star Trek mastermind Gene Roddenberyy made a bargain that would net him 50% of all royalties on the Star Trek theme song, provided he wrote some lyrics for it. Gene made it so, composer Alexander Courage never worked with him again, and these godawful lyrics were born (though never recorded for the show): “Beyond/ The rim of the star-light/ My love/ Is wand’ring in star-flight/ I know/ He’ll find in star-clustered reaches/ Love,/ Strange love a star woman teaches.” Read the full song here (though the worst is over). 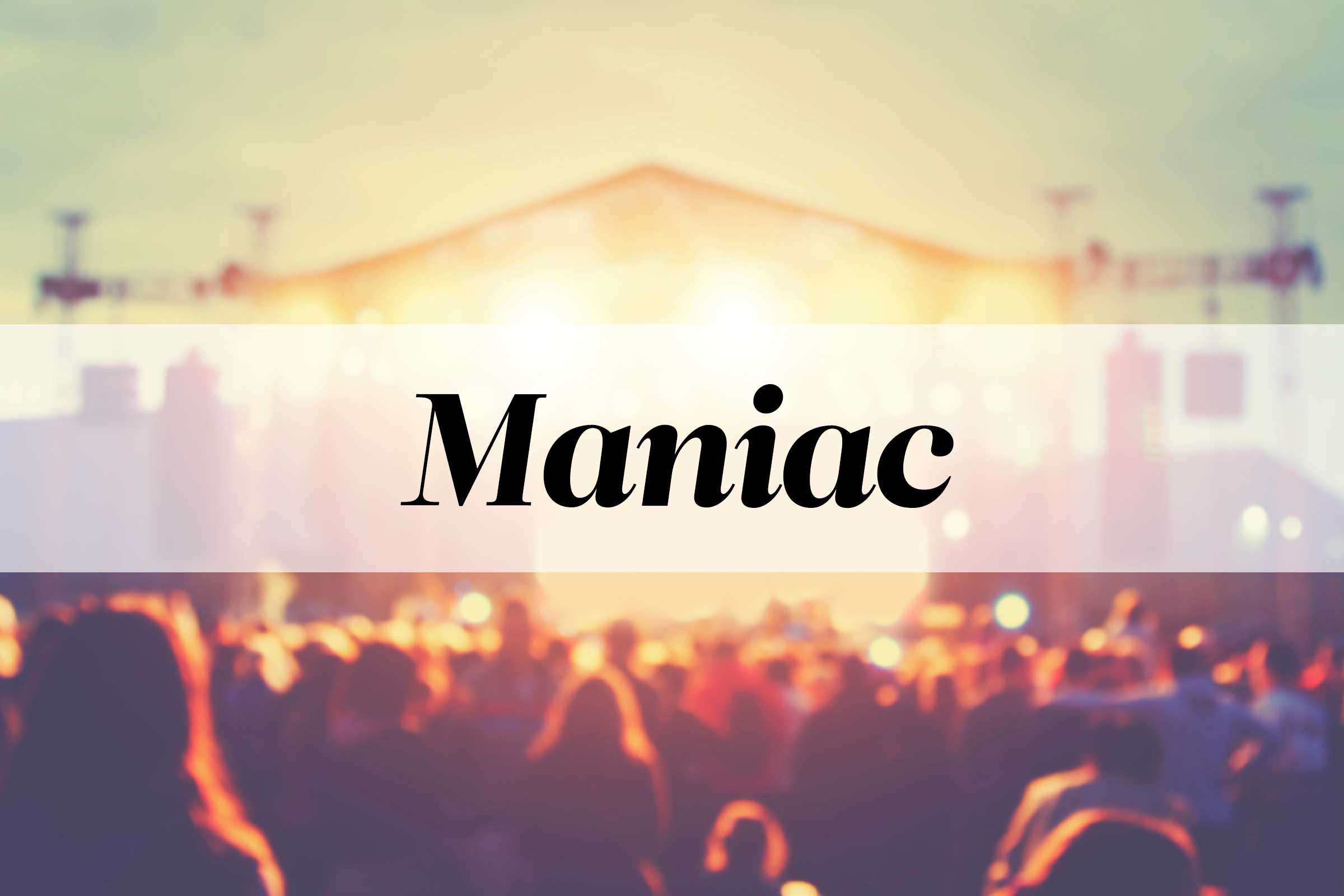 ‘Maniac’ (From Flashdance) was about a serial killer

Songwriter Dennis Matkosky was watching the news when a special report about a mass murderer came on. Inspiration struck. “I wrote something like, ‘he’s a maniac, he just moved next door/ He’ll kill your cat and nail it to the floor,’” Matkosky says. “I showed the lyric to [performer] Michael Sembello and we wrote the song really quickly as sort of a joke. For the bridge, I thought of how (an insane person) would play chopsticks. [Producer] Phil Ramone came over the next day and said, ‘I’m working on this film and I can get this song in if you rewrite the lyrics from the script,’ and that’s what we did.’” 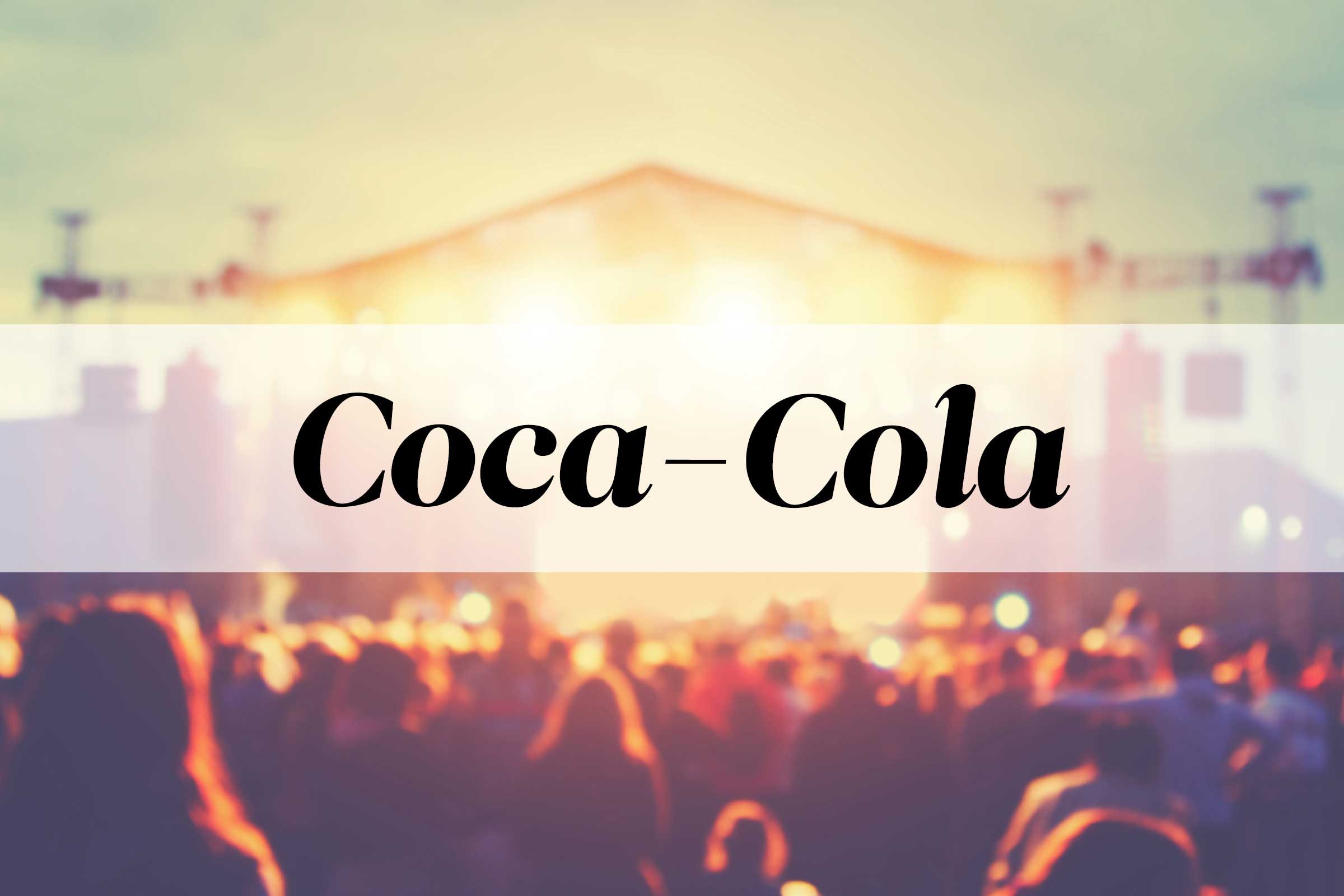 ‘Lola’ almost got banned for ‘Coca-Cola’

Fill in the blank: “I met her in a club down in old Soho where you drink champagne and it tastes just like ____.” If you said “Coca Cola,” you’ve heard the album version of the Kinks’ “Lola,” which features all their original lyrics. If you said “cherry cola,” you’ve heard the single version, which singer Ray Davies flew from America to England two times in as many days to re-record in accordance with BBC Radio’s anti-product-placement rules. The jet-lag was worth it; “Lola” charted all over the world and became a staple of ‘70s radio. For all this, it’s still a crap shoot which version you’ll hear today. 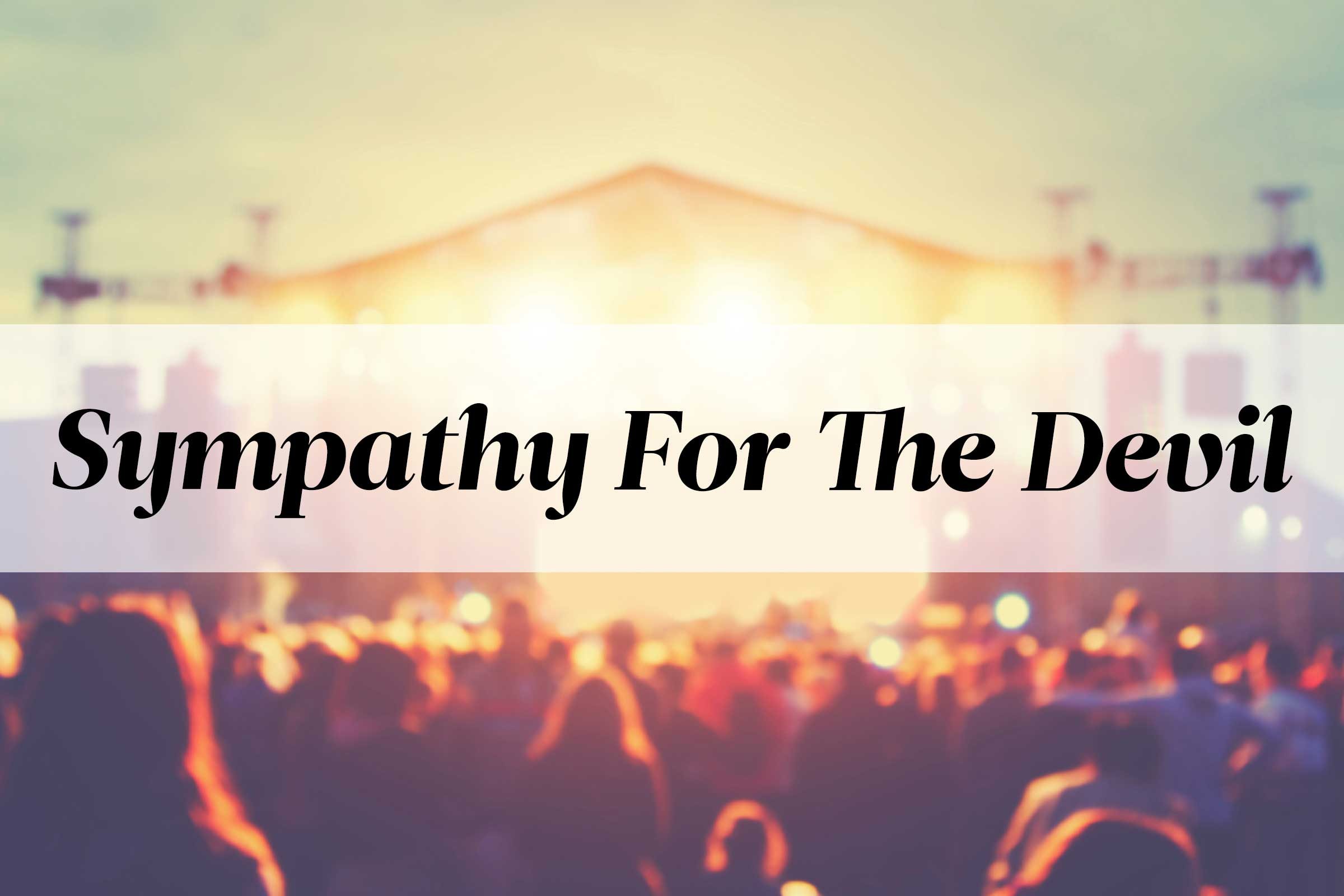 ‘Sympathy For The Devil’ was rewritten for breaking news

Before The Rolling Stones started recording their devilish monologue on June 4th, 1968, Mick Jagger had his narrator shouting out, “Who killed Kennedy?” in one of the song’s most memorable lines. Then, on June 6th, presidential candidate Robert F. Kennedy was fatally shot in the kitchen of California’s Ambassador Hotel. Like a reporter on the breaking news desk, Jagger quickly rewrote his lyric to, “I shouted out, ‘Who killed the Kennedys?’” And after all, it was you and me. 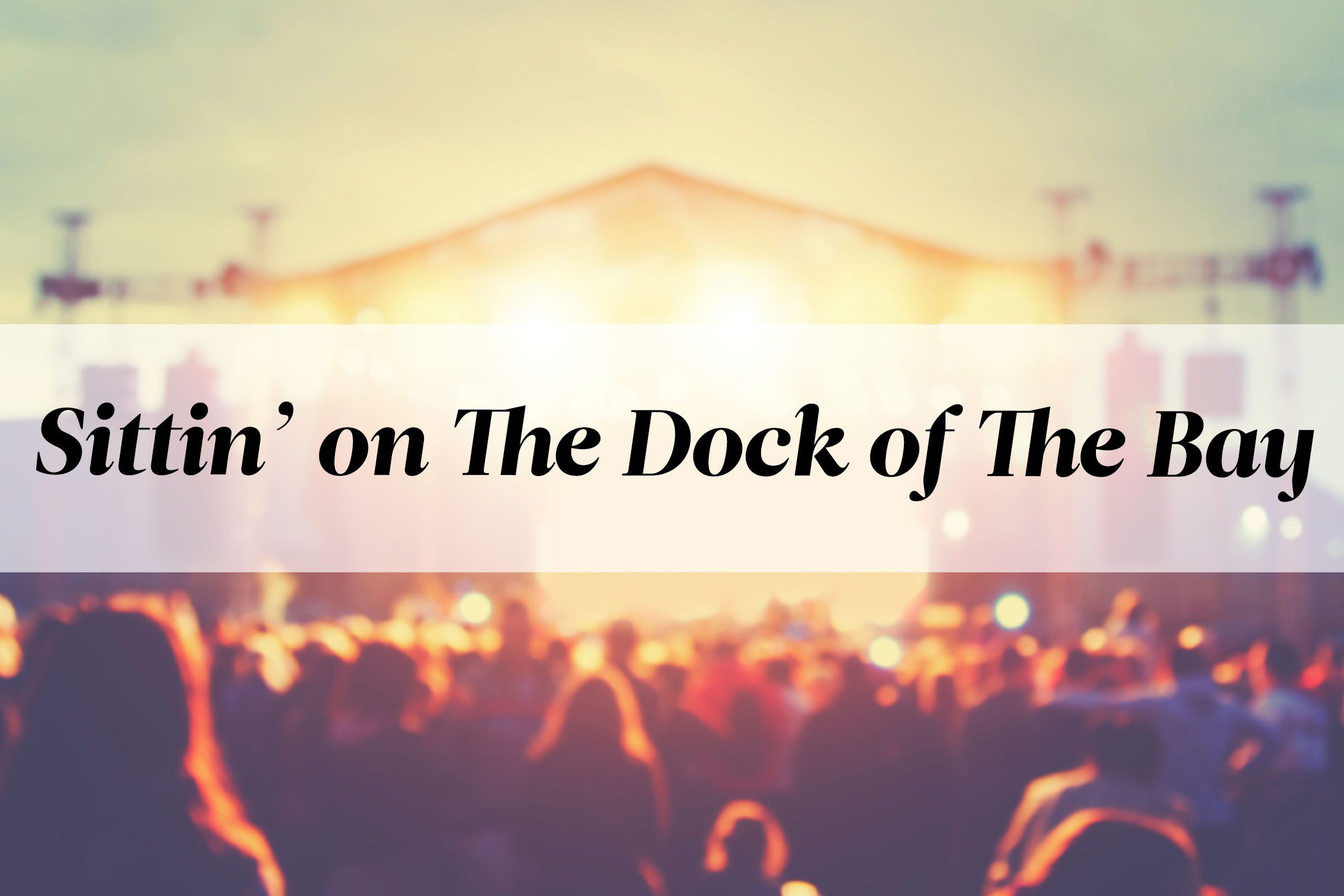 ‘Sittin’ On The Dock Of The Bay’ almost had no whistling

The most famous line in Otis Redding’s “Sittin’ On The Dock Of The Bay” isn’t spoken at all, it’s whistled. But Otis’ outro whistling was never supposed to be there—lucky for us, Redding dropped his lyric sheet in the recording studio and forgot how his song ended. Redding improvised the whistling, intending to go back and record an actual verse after his impending tour. Tragically, he died in a plane crash two days later. Bandleader Sam “Bluzman” Taylor re-recorded the final whistle, and in January 1968, “Dock of The Bay” became America’s first-ever posthumous #1 single. 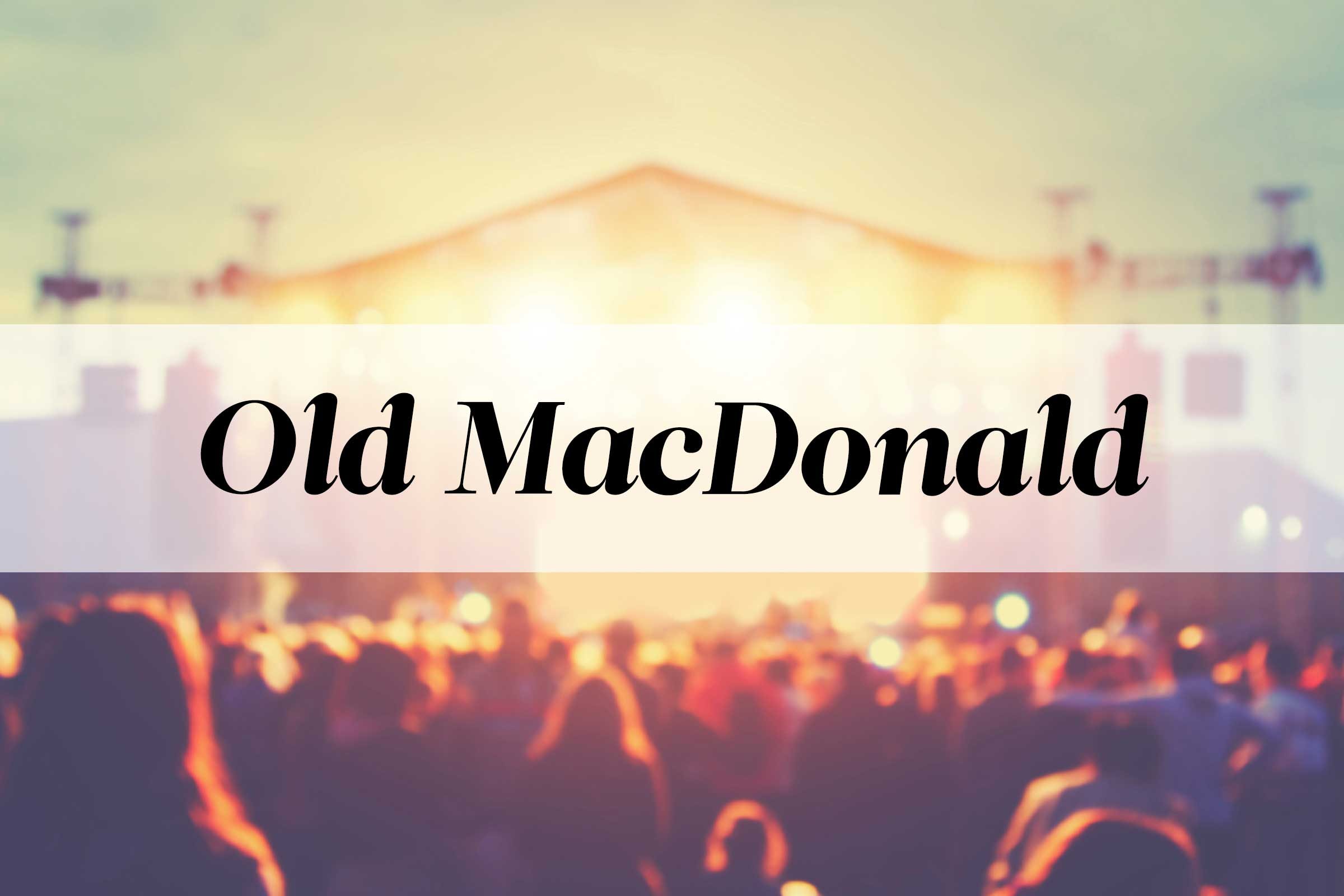 ‘Old MacDonald’ is actually about Ohio

OK, this is neither about rock nor ruin, but worth filing under your personal list of “stupid things that everyone gets wrong without realizing it”: According to the earliest written record in a 1917 song book, “Old MacDonald,” the classic farmer of nursery rhyme fame, is really named “Old Macdougal,” and he is super proud of his Buckeye heritage. Per Tommy’s Tunes, a collection of WWI-era songs, the original lyrics are: “Old Macdougal had a farm in Ohio-i-o/ And on that farm he had some dogs in Ohio-i-o.” This version may actually be better… but good luck convincing America’s preschoolers to change their tune.