Three out of four Baby Boomers are unsure they have enough retirement savings. If you're nearing retirement age, it might be time to consider budget-friendly options. From coast to coast, these towns have it all: affordability, nature, entertainment, and a sense of community.

Retirees in search of mild temperatures and a laid-back coastal vibe should look no further than Gulf Shores. As The New York Times recently reported, Alabama has the second-lowest property taxes in the country; also, prescription drugs are sales tax exempt. In addition to many great seafood restaurants and walking trails, the area also boasts an abundance of community groups for retirees.

Centrally located between Salt Lake City and Provo, the mountain town of Lehi is filled with community trails for walking and biking; the town is also just 15 minutes from beautiful nature trails. The city is part of the greater Utah Valley, a growing region of around 50,000, and it offers numerous restaurants and shops, not to mention the Outlets at Traverse Mountain. SalaryExpert gave Lehi an 8 out of 10 on cost of living: The town is about 5.5 percent cheaper to live in than the national average.

In the heart of Talbot County, Easton features a bustling, walkable downtown filled with new restaurants and businesses. It’s proximity to the beach—it’s on the Eastern Shore of the Chesapeake Bay—increases its appeal and makes for fun events like OysterFest in the spring. Easton also offers financial incentives for retirees: Maryland doesn’t tax social security benefits, and seniors may qualify for pension exclusions.

For retirees who don’t want to give up the city life but are looking for a slower pace and a more affordable cost of living, Queen Creek, located on the edge of the Greater Phoenix area, is an ideal fit. At the center of town is the new QC District, which is lined with cafes, shops, and restaurants. A favorite feature among locals is the trail system where you can hike, bike, or take grandchildren on geocaching adventures. When you’re checking out these towns, make sure to plan a stay at the most historic hotel in every state.

A single-lane covered bridge serves as the gateway to historic Long Grove, where nostalgia (cobblestone sidewalks and old-fashioned light posts) meets modern conveniences—a marked departure from bustling Chicago, which is just a handy 35 miles away. The average price per square foot of a home in Long Grove is more than 30 percent less than in the city. This growing area includes The Fields of Long Grove, a maintenance-free, affordable neighborhood perfect for retirees; it features 77 homes, nature trails, and fishing ponds.

Nicknamed the “Front Porch of the Low Country,” Walterboro makes residents feel right at home. About an hour’s drive from Charleston, SC, and Savannah, GA, this town is Lowcountry living at its finest, without the traffic and expense of the larger cities. The median home price is $146,000, according to Realtor.com. Filled with quaint, tree-lined streets, Walterboro is also a popular destination for antiquing.

Though its roots are in agriculture, Walla Walla‘s future is in wine—it was named Best Wine Town for 2018 by Sunset this summer. Beyond wineries, the lush city has plenty of charm for residents and visitors alike: Fodors recently named it one of America’s 25 Cutest Main Streets in Small Towns. There are financial benefits to living in Walla Walla, too: Homeowners 61 and older at a certain income level may be eligible for tax exemptions.

Fifty miles from Austin and 140 miles south of Dallas, Salado has recently attracted a new crop of restaurants, galleries, and breweries, making it a quieter, more affordable—yet no less entertaining—alternative to Texas’ larger cities. Known as a community of creativity, Salado hosts numerous art festivals throughout the year for its residents (whose median age is 53). The town also offers eclectic shops filled with pieces from locally and nationally recognized artists. 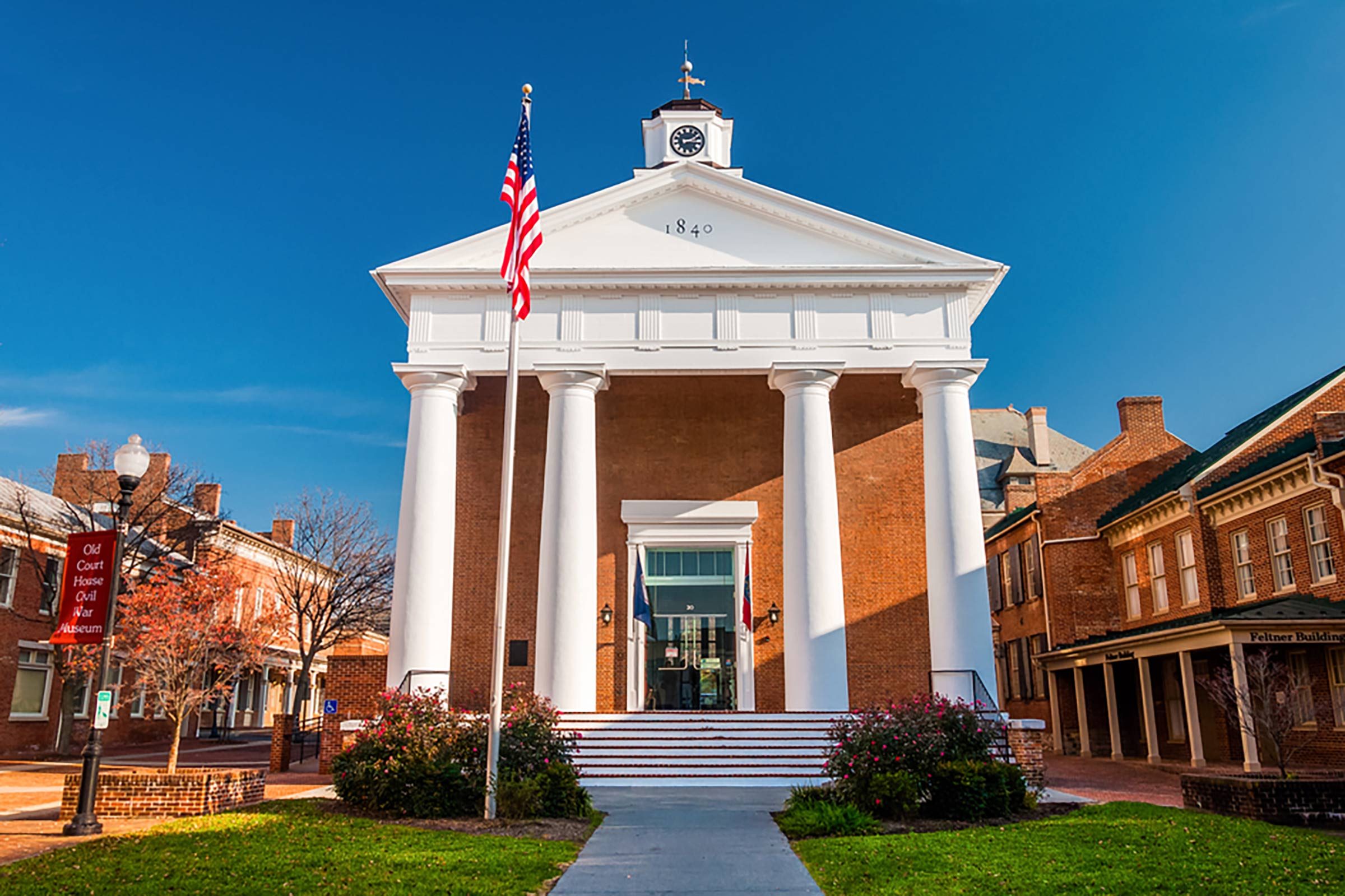 Only two hours from Washington, D.C., Winchester is close enough to the city for a day trip, yet far enough away to have a personality all its own. In Old Town Winchester’s historic district, you’ll find a pedestrian mall filled with restaurants, boutiques, and museums. The city has low property tax rates, many active civic organizations to help retirees get involved in the community, and the award-winning Winchester Medical Center. Looking for more friendly cities? Check out the nicest places in every state.

Locals describe the vibe in New Castle‘s thriving, cobblestone downtown as “colonial chic”—fitting, as it’s where William Penn first landed in the New World. The area is full of outdoor spaces, recreation opportunities, and many options for shopping and dining. Delaware has no sales tax, so dollars go further; plus, the median home price in New Castle is $179,100 (much lower than Philadelphia, which is just 40 miles away).

Located in Thoroughbred Country, 40 minutes from the capital of Columbia, Aiken is steeped in equestrian tradition. Streets are lined with beautiful historic homes, with the estimated median house value around $194,000. Polo matches and horse races are popular local events, as are sights like the 2,100-acre Hitchcock Woods, one of the largest urban forests in the country. It’s no wonder Southern Living named Aiken The South’s Best Small Town for 2018.

This city north of Atlanta was first named one of the Top 25 Best Places to Move by Forbes in 2009, and it’s only gotten better since. With the Verizon Amphitheater, multiple intimate outdoor venues, and an annual songwriters festival, Alpharetta is becoming a destination for music lovers. Several active retirement communities, lovely coffee shops and cafes, and new restaurants by popular Atlanta chefs add to this friendly city’s growing appeal for retirees.

For retirees seeking a country lifestyle and a slower pace of life, Bismarck just might be the place. Yes, the winters are cold, but residents enjoy a clean, attractive downtown, low crime rates, low cost of living, and moderate summertime temps. The average single-family home here costs less than $200,000, one reason Liveability.com ranked Bismarck among its top 10 places to retire in 2017. Check out the 21 nicest small towns to visit in America.

Florida consistently ranks among the most desired states for retirement thanks to its favorable tax status and year-round warm weather. Unlike some of the state’s other top retirement cities, like Boca Raton, however, Cape Coral is more affordable, with a cost of living 6 percent below the national average, according to Kiplinger. The area is packed with lush golf courses and has more than 400 miles of canals, perfect for boating and fishing. Next, check out the 10 more ideal small towns for retirement.