Before you launch headfirst into the new year, understand the origins of Chinese astrology and find out what 2020 has in store for you. 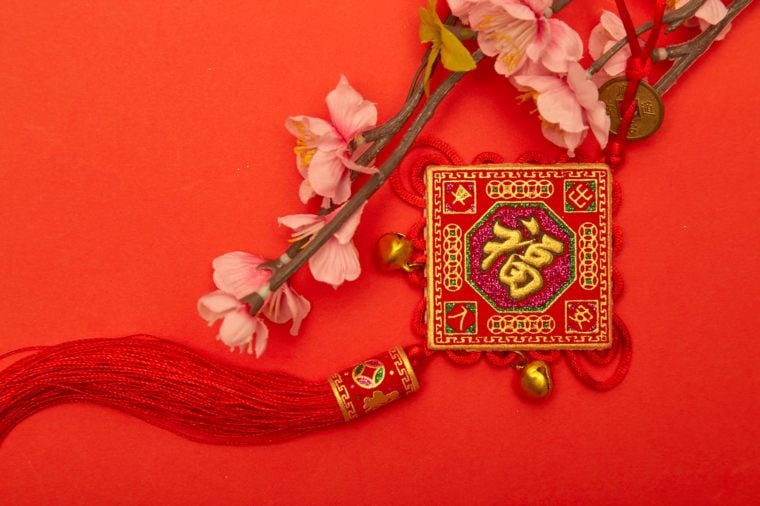 The origins of the Chinese zodiac

In the 12-year cycle, each person has his or her own Chinese zodiac sign, but so does each year. It was the Year of the Earth Pig in 2019, and in 2020, it will be the Year of the Rat. This means that the events of 2020 will be affected by the characteristics of the Rat sign, and each sign will be affected in different ways based on their own traits. So, how does all of this work, exactly? And where do the 12 animal signs of the Chinese zodiac come from, anyway? We’re so glad you asked because we’ve got a few answers, including what the Year of the Rat may hold for you. Here’s what 2021 has in store for you based on your zodiac sign. 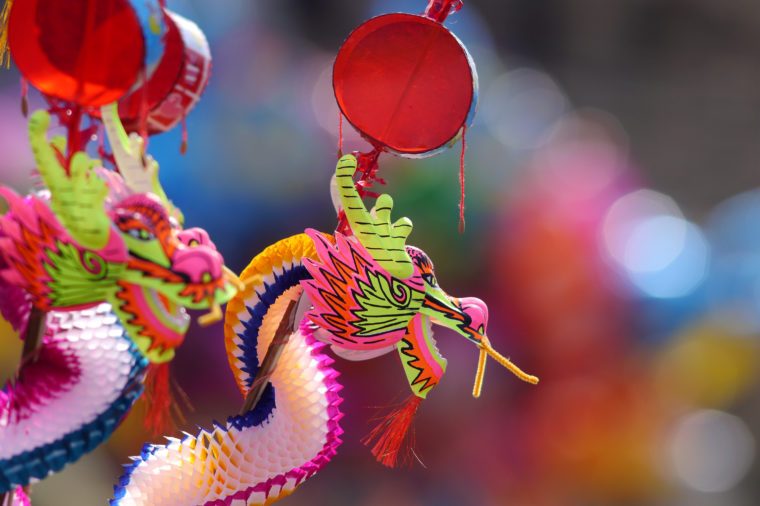 Chinese astrology can be confusing to Westerners, but according to Liang Luo, PhD, Associate Professor of Chinese Studies at the University of Kentucky, it can also be confusing to Chinese people. “There are many different mythological accounts behind how the 12 Chinese zodiac signs came to be,” she says. While many refer to the story of the Emperor’s race, in which the order of the zodiac signs on the calendar was determined by the order in which the animals placed in the competition—the Rat came in first, by the way—that’s not the only story. “In short, there is no single unified interpretation.” 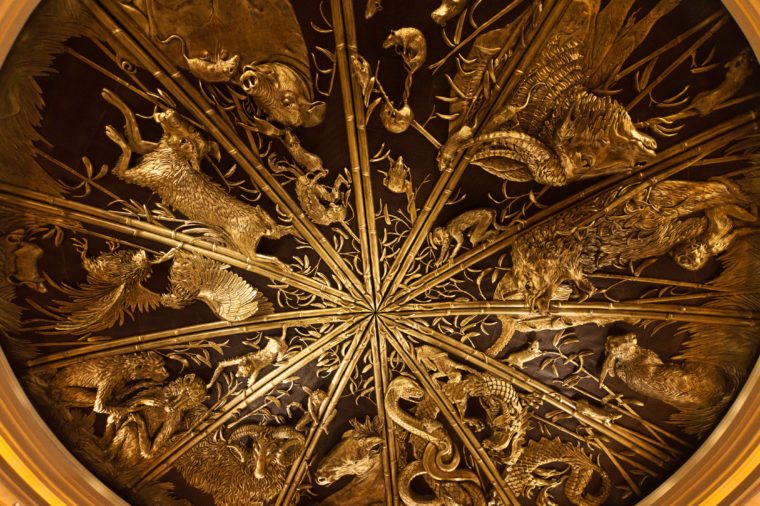 The many houses in the sky

Western astrology and Chinese astrology do share some components. The concept of astrological houses, for example, is found in both systems. Western astrology divides the cosmos into 12 numerical houses according to the position of the Earth relative to the sun. “Chinese Mansions,” of which Luo says there are 28, reflect the movement of the moon rather than the sun. “There are corresponding animal symbolisms in this system, which is divided into four regions/symbols,” she explains. “Each contains seven mansions/stars.” Still, Luo says even this notion can be debated. “Others think it may have to do with Jupiter and its 12-year rotation.” Here are 20 other things you never knew about the Chinese New Year. 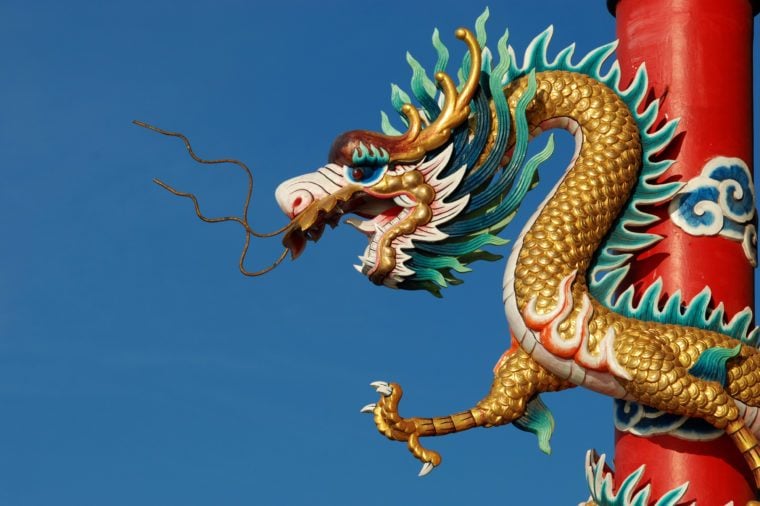 There’s another theory as to why these 12 animals were chosen to represent the Chinese zodiac. “Others think it has to do with animal worship and totemism,” says Luo. Animal worship and totemism date back to ancient China and are closely tied to the ancient (and ongoing) religious practice of ancestral worship. The Beijing Review suggests that the 12 animals were determined by their proximity to people, their cultural significance, and their interpreted personality traits. Rats, for example, move quickly and have a highly survivalist nature. Perhaps this is why those born in the year of the Rat are deemed clever. In Western astrology, this is your most attractive trait, according to your zodiac sign. 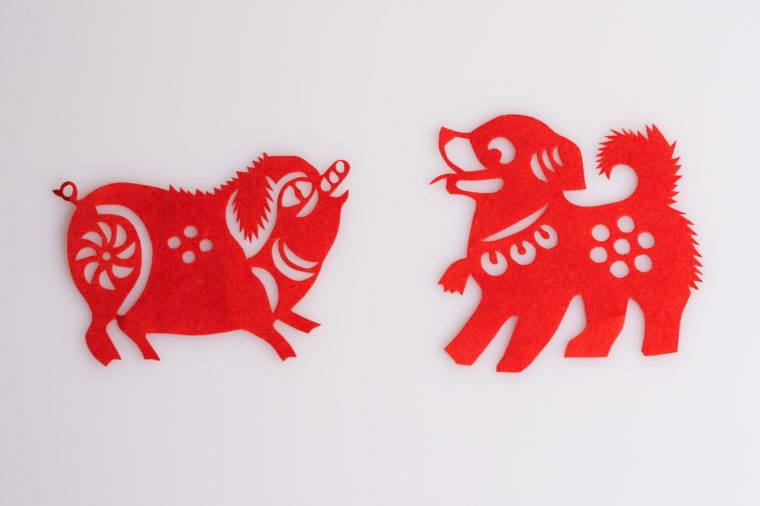 According to Luo, “the earliest full record of the 12 Chinese zodiac [signs] can be found in Wang Chong’s Lunheng, first published around 80 CE.” The full text is actually available on Archive.org. It contains many essays relating to philosophy and the metaphysical. Among other things, it outlines the structure and reasoning behind Chinese astrology and the zodiac, including how the 12 animal signs interact with one another. Speaking of animals and astrology, albeit in a different way, this is the dog breed that’s most compatible with your zodiac sign. 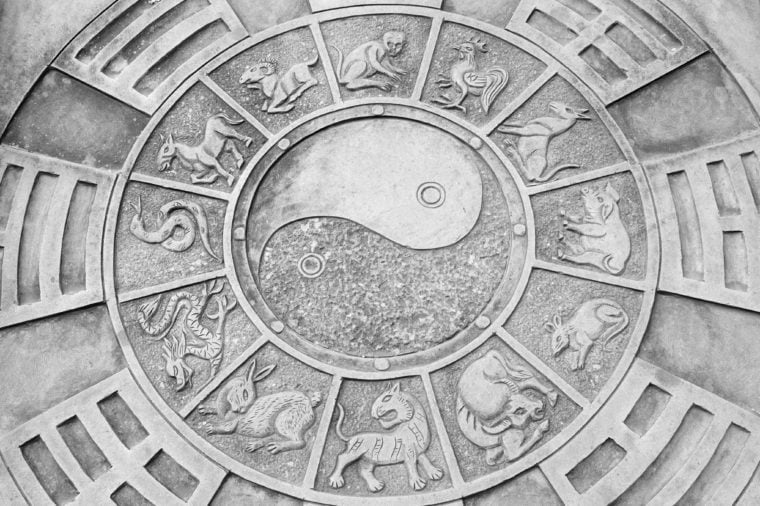 The importance of balance in the Chinese zodiac

In Lunheng, Chong discusses the relationship between all of the animals of the zodiac: Rat, Ox, Tiger, Rabbit, Dragon, Snake, Horse, Goat, Monkey, Rooster, Dog, and Pig. He makes the point that each animal can be a threat to another animal, but because of this, they are also able to “subdue” one another. Basically, what this means is that the zodiac is a delicate and complex balancing act, just like the concept of Yin and Yang, which is also extremely important in Chinese astrology. Are some zodiac signs more successful than others? Believe it or not, one zodiac sign produces the most billionaires. 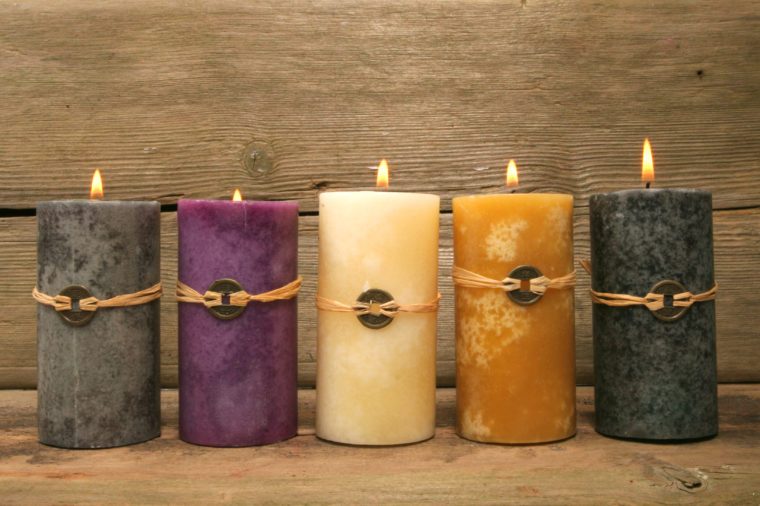 The five ruling elements of the zodiac

What many Westerners don’t know is that the element that guides their Chinese zodiac sign is just as important as the sign itself. Chong explains that there are five principal elements: Earth, Metal, Water, Wood, and Fire. The characteristics of these elements affect the very characteristics of the animal sign. So, it’s not just a question of whether you’re a Rat or an Ox, but what type of Rat or Ox you are.

In terms of what makes 2020 the Year of the Metal Rat, we again have to look at the 12-year cycle. Twelve years from now, it will be the Year of the Rat again, but the element will be Water. After that, the next Rat year will be Wood, then Fire, then Earth. Then the elemental cycle starts all over again. So, a Metal Rat year occurs only once every 60 years. Learn even more about the history of the Chinese New Year. 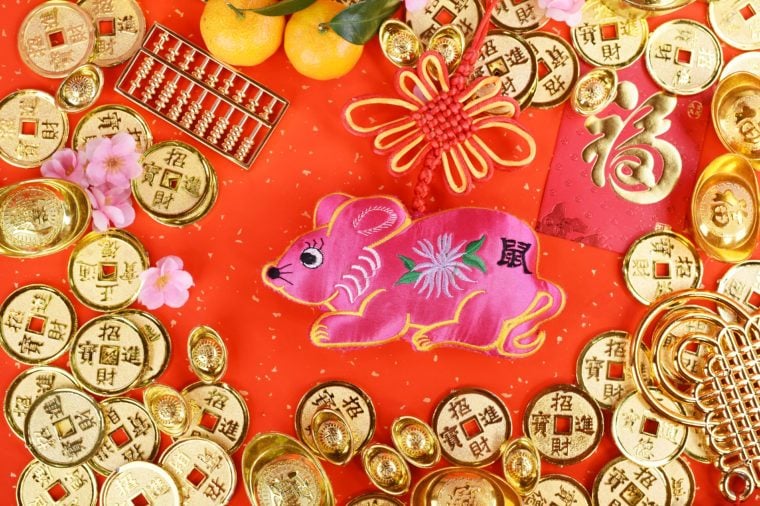 What separates the different Rats

All Rats are said to be clever, optimistic, and energetic. But a Fire Rat is inherently different from, say, a Water Rat. The characteristics of the Fire element make for an active, aggressive, and decisive person, while the characteristics of the Water element make for a sensitive, flexible, and intuitive person. So the way these two types of people go about their lives is very different. No matter what type of Rat you are, you can boost your luck in the new year with these 20 lucky traditions. 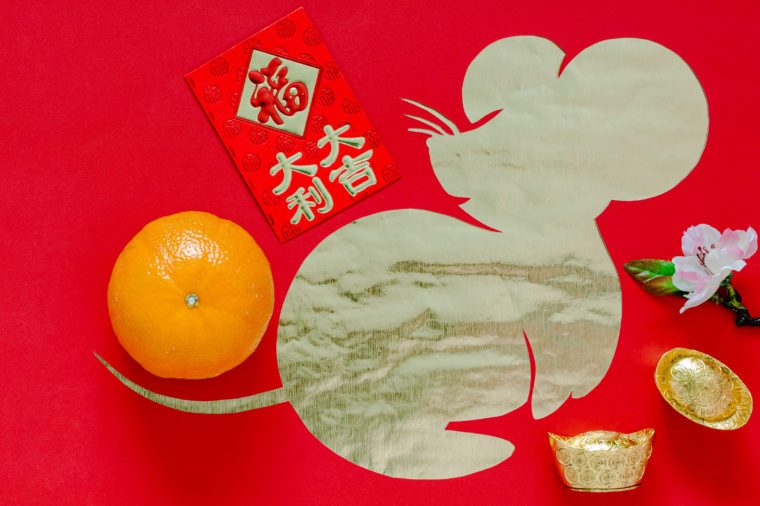 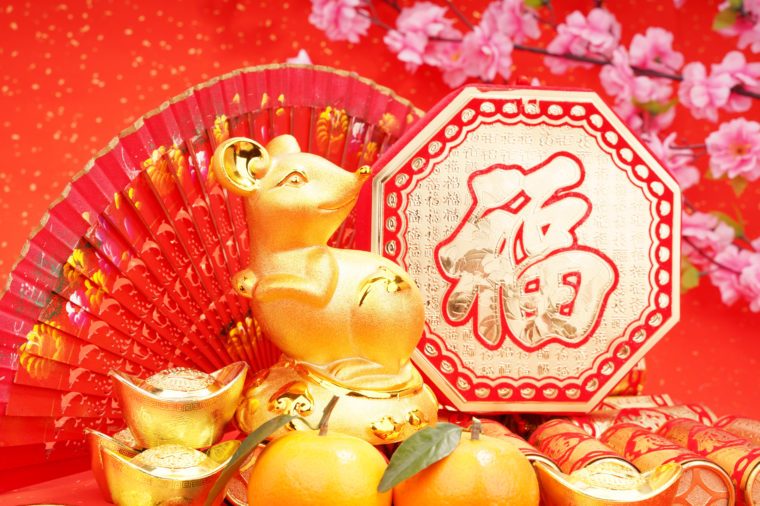 What the Year of the Rat will look like for you

Because the Rat is the first sign in the cycle, a Year of the Rat marks new beginnings, new opportunities, and the potential for great success. But it’s not just the Rat that matters, remember? It’s the type of Rat, and 2020 is the Year of the Metal Rat. Metal is an element that is strong and resolute, and one that connotes productivity. This indicates that the Year of the Rat can bring success, but only under certain conditions. If a person wavers in his or her beliefs, values, or ideas, 2020 may turn out to be a not-so-lucky year after all. See what 2020 has in store for you based on your Chinese zodiac sign. 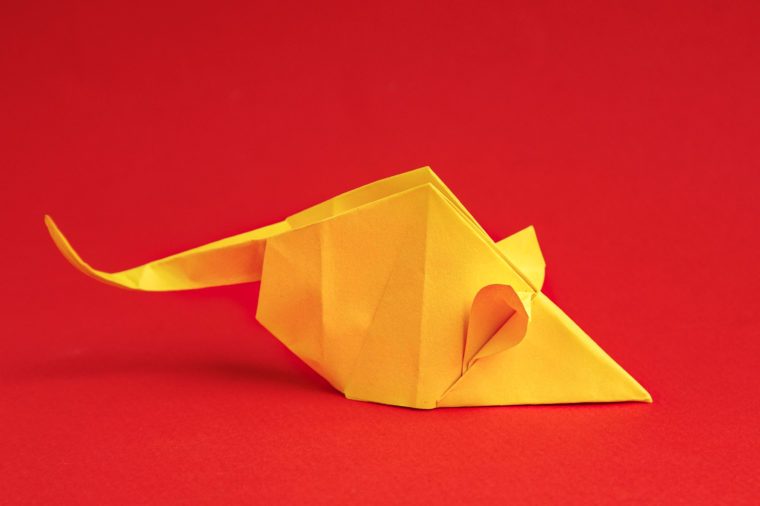 The real significance of the Chinese zodiac

But does this all really mean anything? Aren’t zodiac signs and horoscopes just fun and games? To some, maybe, but to many Chinese people, their zodiac sign means a lot to them and how they conduct their lives. Luo says, “It is extremely significant, as every Chinese person knows their animal signs determined by their year of birth. I do think Chinese take their zodiac very seriously.” Here are 10 Chinese New Year traditions we can all celebrate. 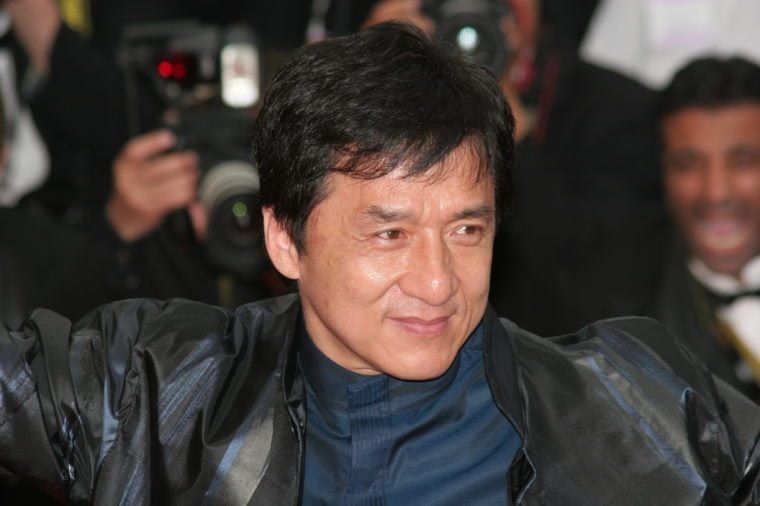 The Chinese zodiac in pop culture

The zodiac is also pervasive in many aspects of Chinese life, including pop culture and entertainment. Luo recommends checking out the music video for a song called “12 Zodiacs” by Leehom Wang and featuring Jackie Chan. While the music video is largely about fun, one of the lines (roughly translated) is a bit wiser than it first appears: “If there are 12 different people/ It’s better to take time to learn each breed.” Next, check out these 20 lucky New Year’s traditions from around the world.