What 2021 Has in Store for You, Based on Your Chinese Zodiac Sign

It's not just about what you expect from the Ox year, but what the Ox expects from you. 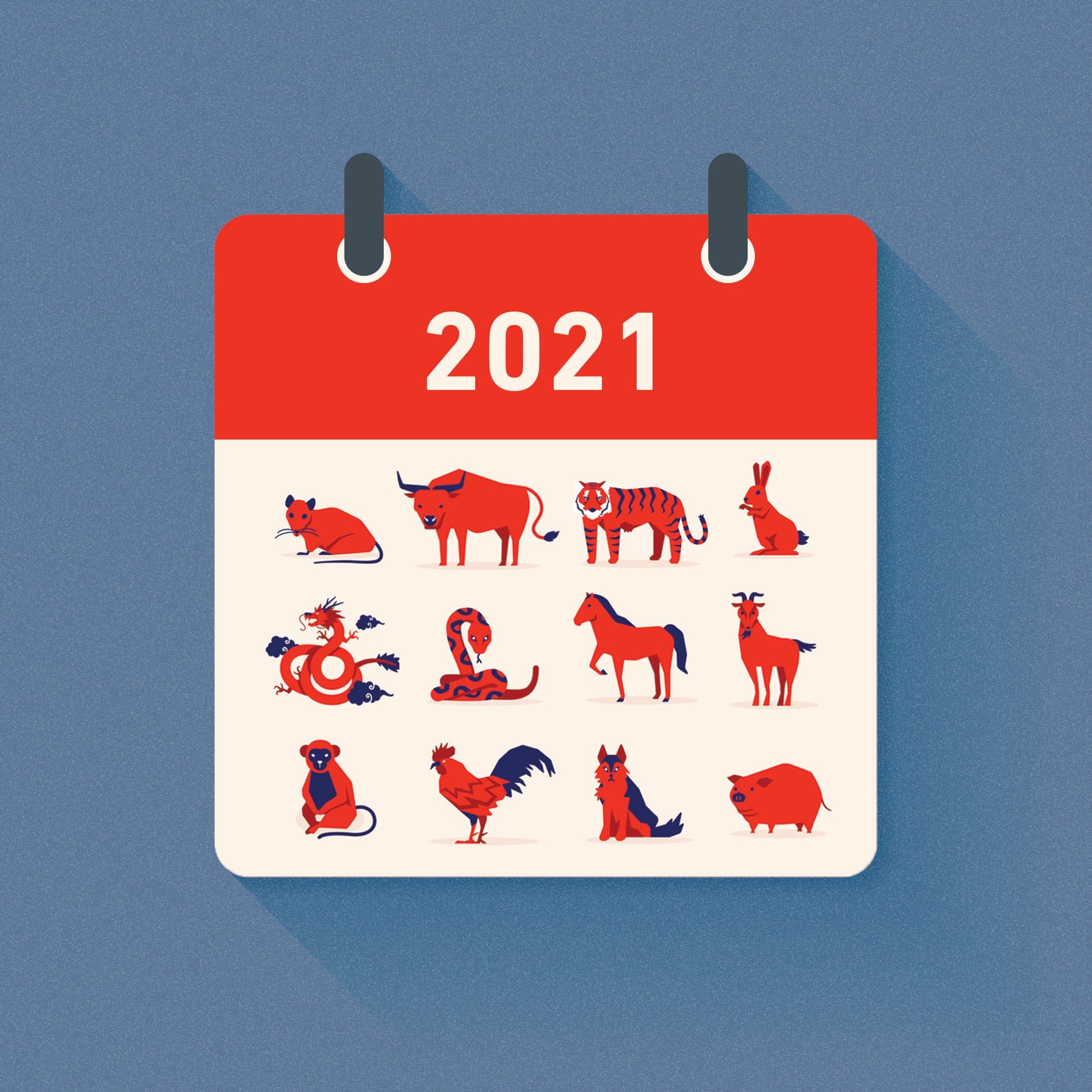 The year of the Metal Ox

2020 was the year of the Rat, which typically signifies renewal and the opportunity for success in new ventures. As we now know, the world did go through a distinct changing of the times, but not in the way anyone had hoped. Political turmoil, social unrest, economic decline, and a once in 100-years global pandemic severely altered our lives. While 2020 may seem like it was an epic disaster, the year of the Rat did present us with a new opportunity: to change the world for the better.

Every Chinese zodiac year is defined by one of the five elements. The upcoming 2021 will be the year of the Metal Ox, and its message couldn’t be clearer: Success will come to those who work hard. Really hard. “It’s hard work, duty, discipline,” says Susan Levitt, a professional astrologer and author of five books, including Taoist Astrology. “In agricultural societies, oxen are reliable and strong work animals. They were responsible for the survival of humanity. So what was happening in this Rat year continues over into the Ox year to complete it, ground it, bring it to its resolution.” Here’s what each of the Chinese zodiac signs can do to reap benefits in 2021, the year of the Metal Ox. 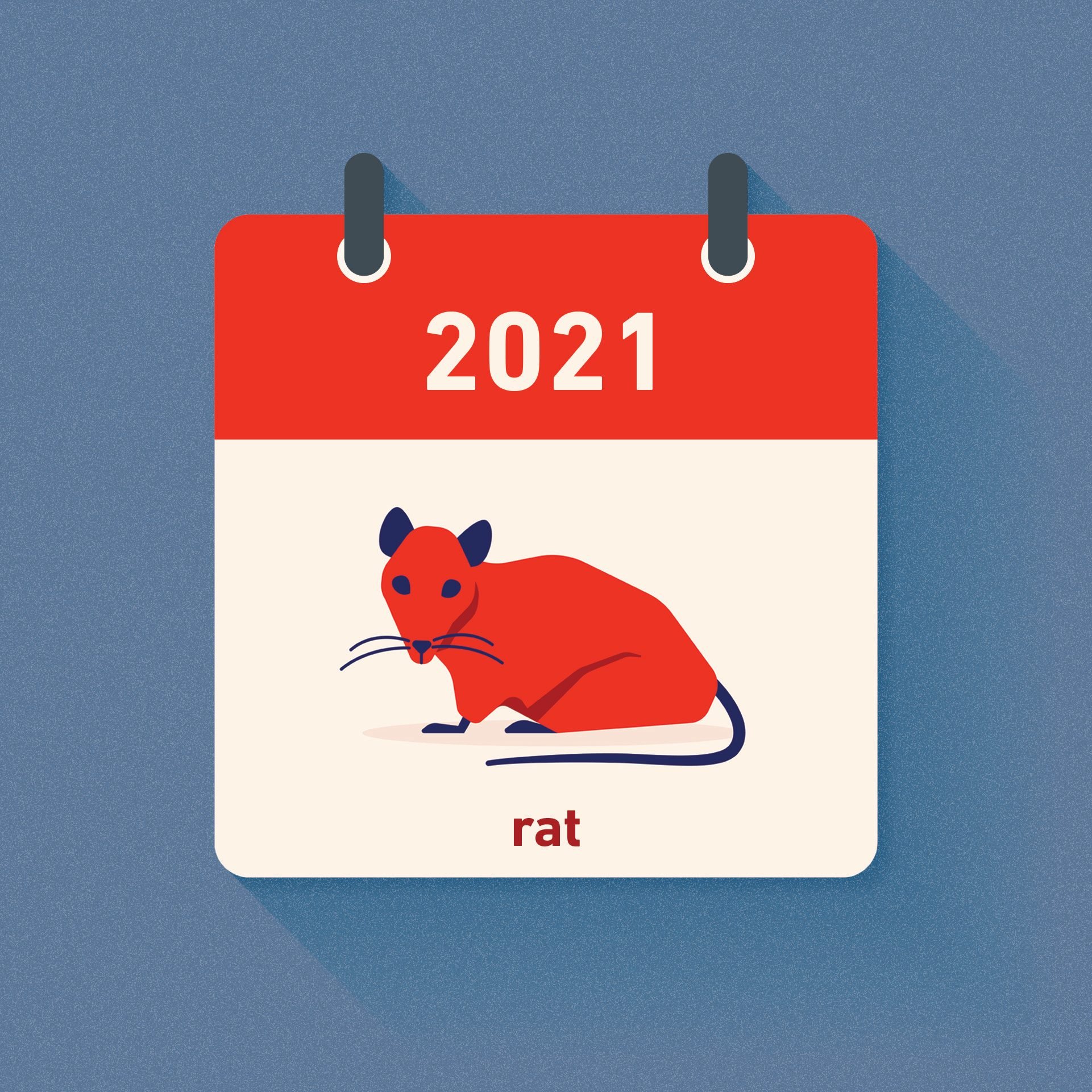 These are trying times, and so a rosy picture cannot be painted for anyone. But relatively speaking, the Rat is in a good position in the year of the Ox. “Expect a year with fewer hardships and troubles because Rat is Ox’s good friend,” Levitt says. “But [Ox] is going to want a larger contribution at work. Rat is going to have to follow through and put forth a little more effort this year.” The Ox is an animal that delivers (and expects) dedicated, consistent labor. It being a Metal Ox year only emphasizes that point, as it is a firm, resolute element. Everyone will have to give it their all in 2021, but luckily for the Rat, that work is a little easier when you’re friends with the boss. 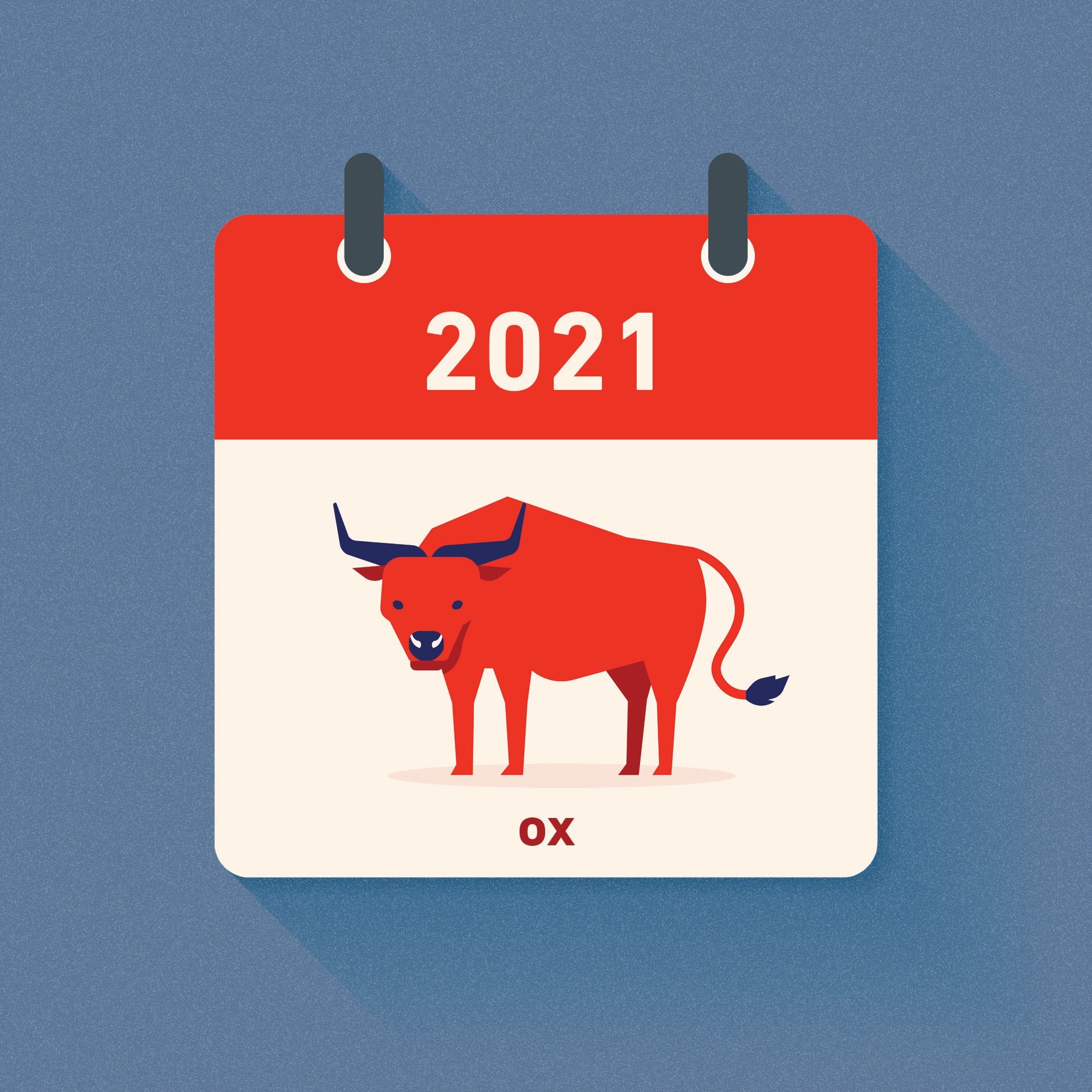 Other Chinese zodiac signs will be asked to step up their efforts this year, but for the Ox, it’s time to reap the benefits of the cumulative efforts they’ve made year in, year out. “[It will be] a positive and productive year when their hard work is rewarded,” Levitt says. “It’s also an excellent year for having a child, starting a family, and marriage for the Ox.” The Ox has paid its dues and is ready to enjoy the hard-won results. 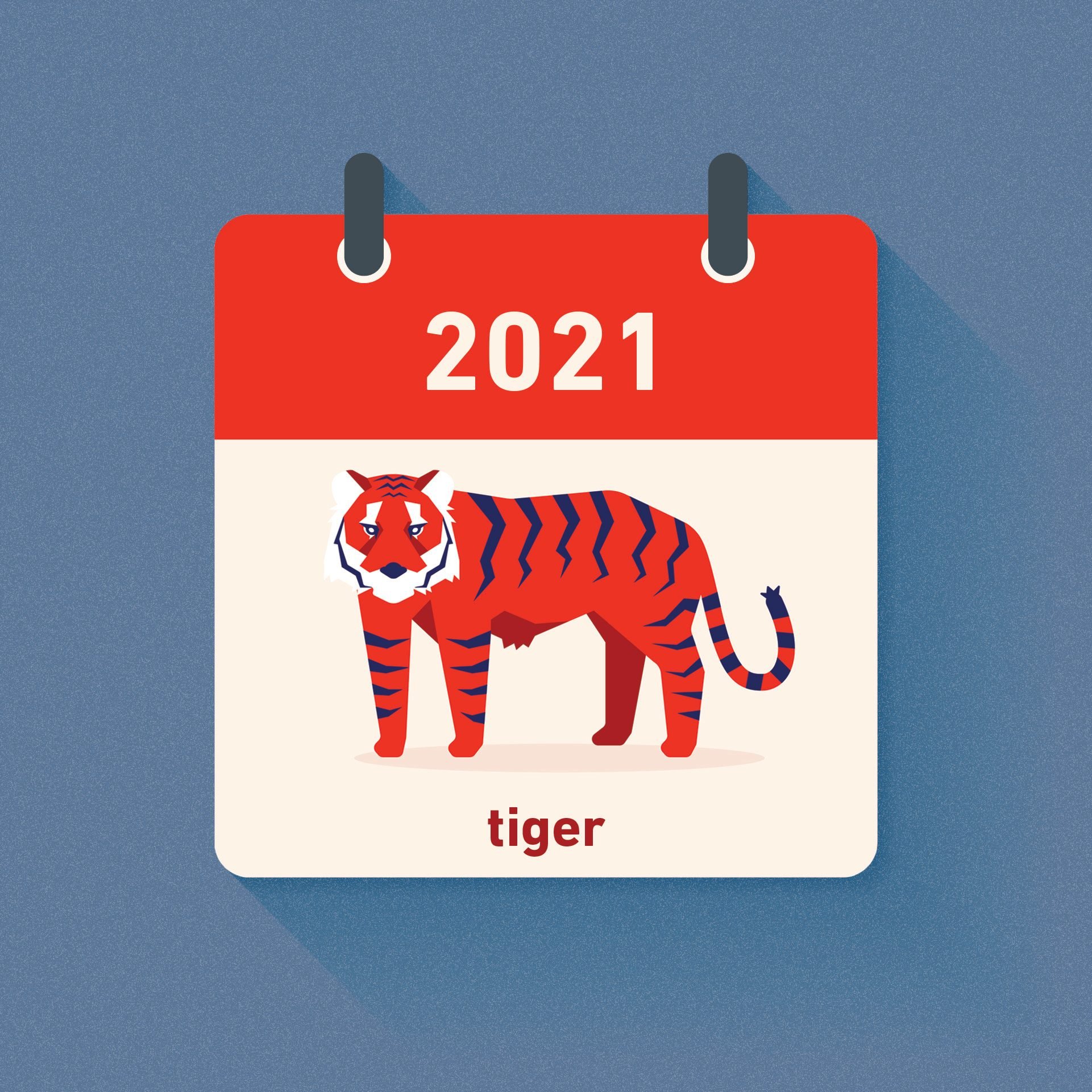 The Tiger is one of the animal signs that will have to learn how to adjust to the work ethics of the Ox. “It can be frustrating for Tiger,” Levitt explains, “because Ox requires Tiger to work hard and become serious. But if Tiger controls their temper and isn’t too rebellious, it could be a very good year for them.” Keep your emotions in check and accept the fact that 2021 is going to ask more from you. It will be worth it, though, since 2022 will be the year of the Tiger. “They’ll be starting a new cycle next year anyway,” Levitt says, “so it’s a good time for them to complete things.” 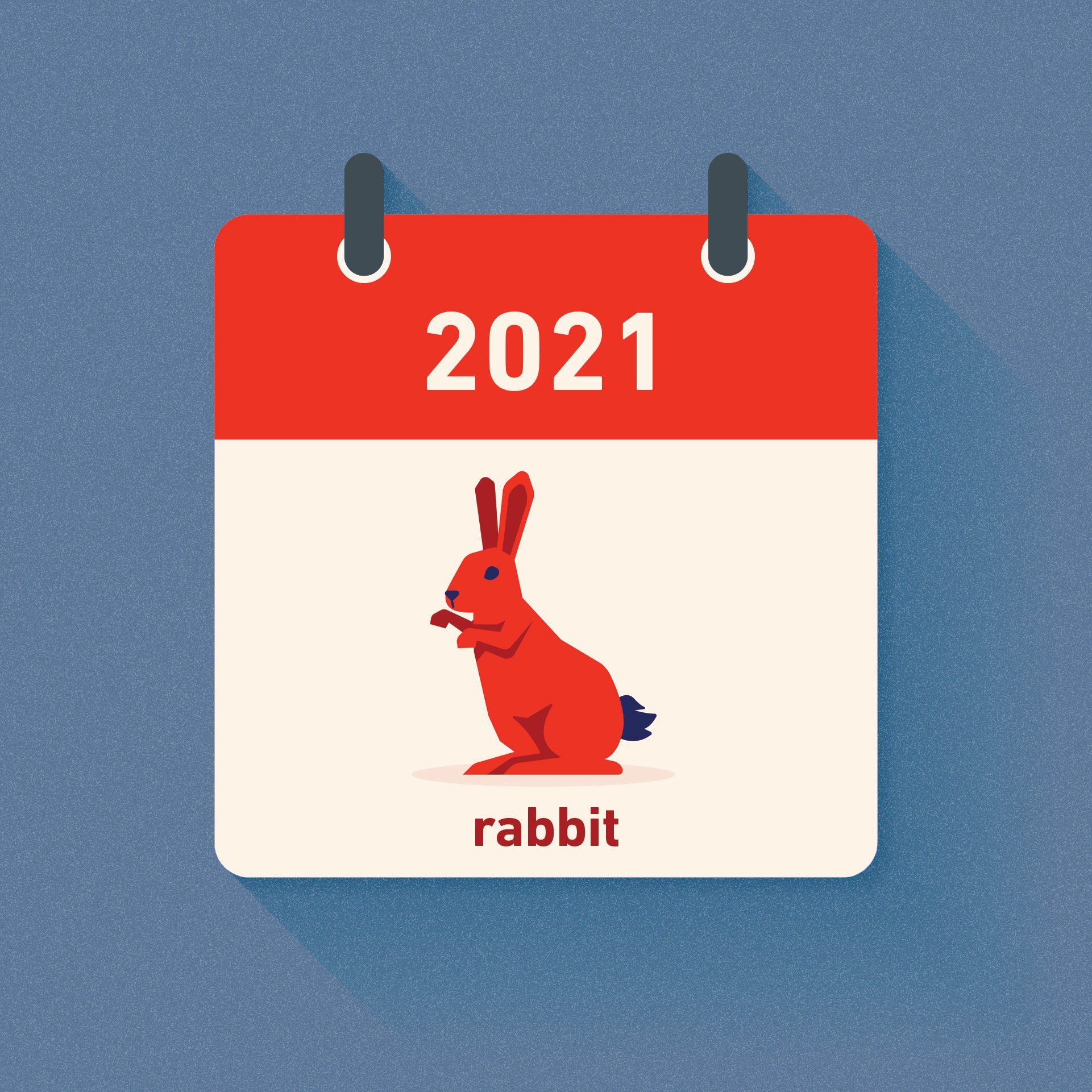 Like the Tiger, the Rabbit may struggle in the Ox year as well. “It could be a challenge because of unrealistic standards from others,” Levitt says. “The Rabbit could feel frustrated if rewards are delayed or projects take more time than anticipated.” Ox is very much a proponent of the old adage, “Slow and steady wins the race.” Be patient and know that it’s okay if your work is not immediately rewarded. Fight the urge to make quick decisions, as Levitt warns, “[It’s] not a good time to move or make a big change.” If life starts to feel too pressured, try turning to Western astrology for the best ways to de-stress, based on your Zodiac sign. 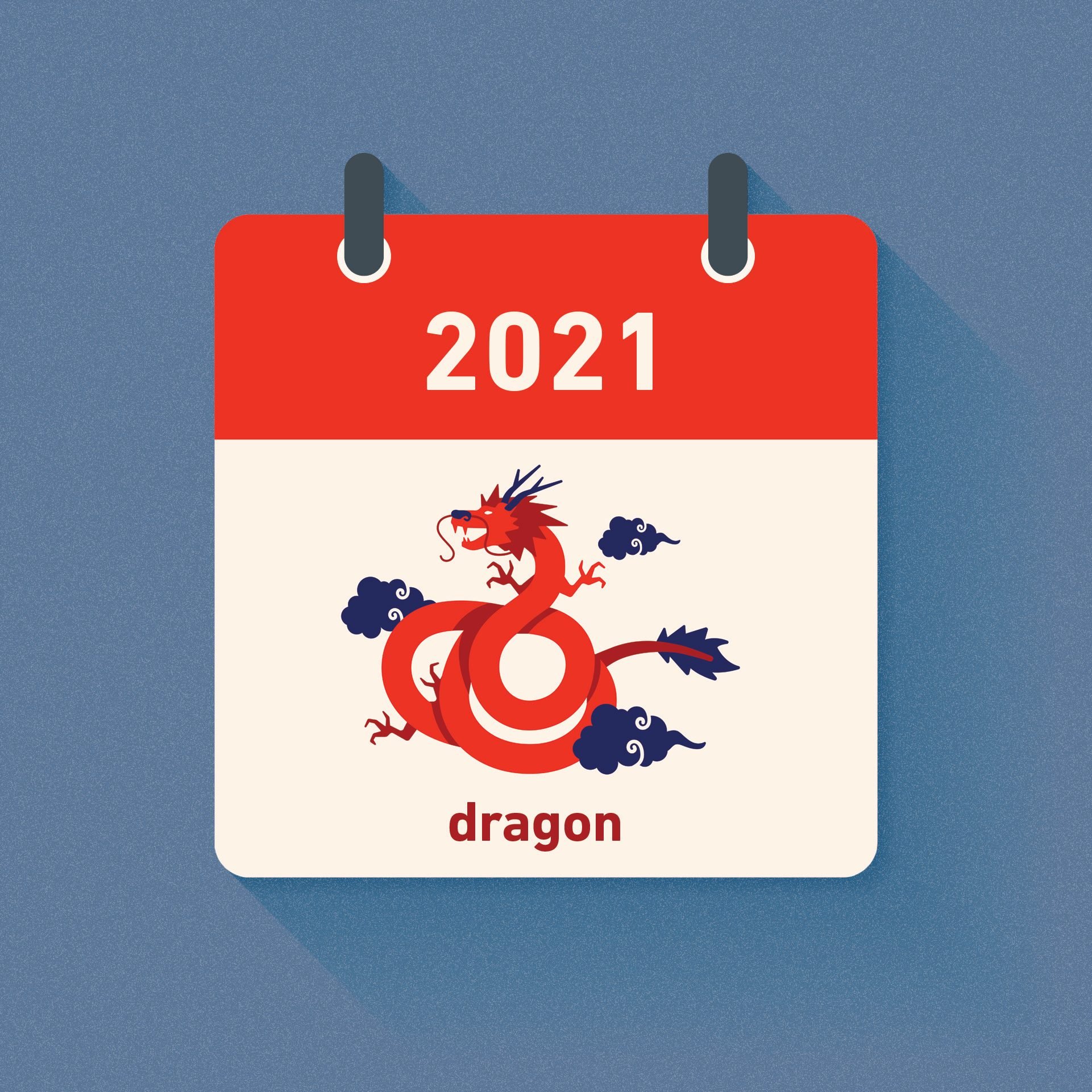 The year 2020 was—again, relatively speaking—a lucky year for the Dragon. But in the year of the Metal Ox, don’t assume everything will be handed to you at once. “Expect a year of steady progress in the reaping of activities begun in the previous Rat year,” Levitt says. “Under Ox’s influence, Dragon must work, not just dream.” Wishful thinking is nice, but in the year of the Metal Ox, it won’t get you very far if you don’t stay focused and grounded. It may be helpful to do a little research and learn why dragons are so important in Chinese culture. 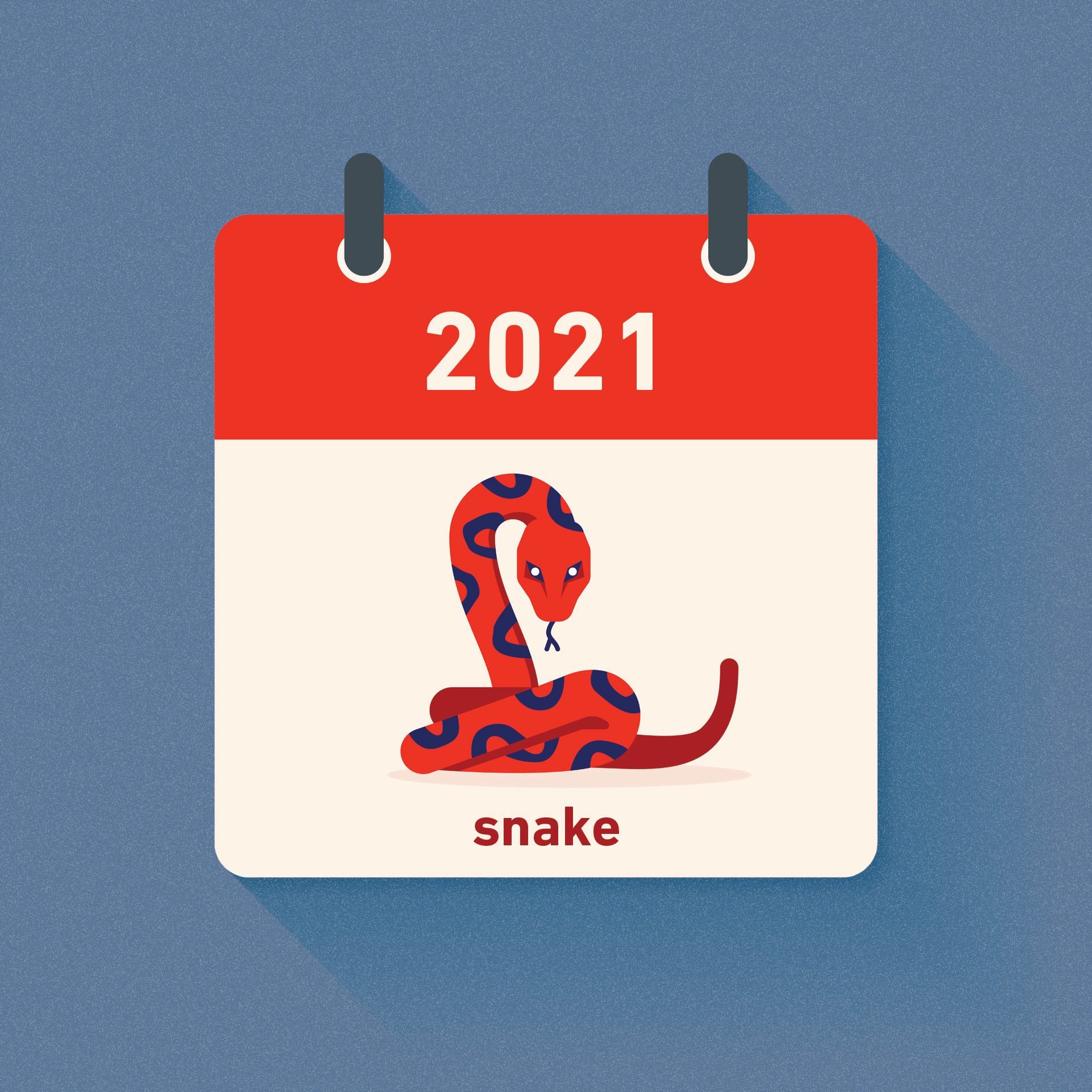 The Snake will be slightly better off in 2021 as compared to 2020, the year of the Rat. “Snake in Ox year is fortunate because Snake is in a harmony triangle with Ox and Rooster,” Levitt explains. “Unlike the previous Rat year, Snake’s work will be rewarded.” Great news! But of course, there is a catch: “Don’t allow Ox’s stubborn influence to make Snake unreasonable or demanding.” Be aware of how you approach difficult subjects and how you handle certain relationships. Consult Western astrology to understand your biggest fears, according to your zodiac sign. 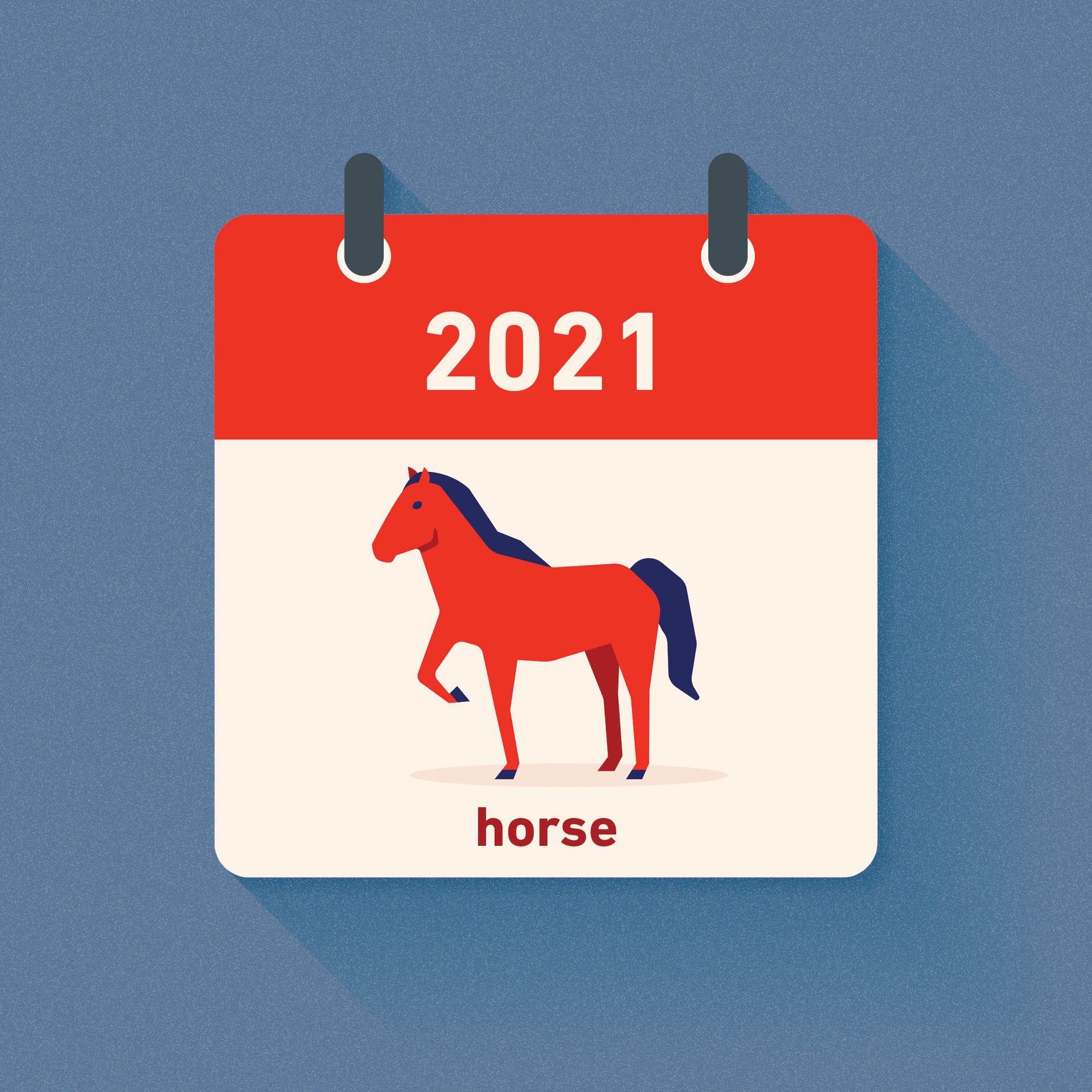 The past year was a difficult one for everyone, but the Horse especially. That is because, according to Levitt, the Rat is the Horse’s natural opposite. The Ox, however, won’t be as hostile toward you. “Horse can succeed by maintaining more control in personal interactions,” she says, noting, “although, romance can be problematic.” The Horse is easily excitable, but the Ox is more even-keeled and steady. Respect that and you will do well in 2021. 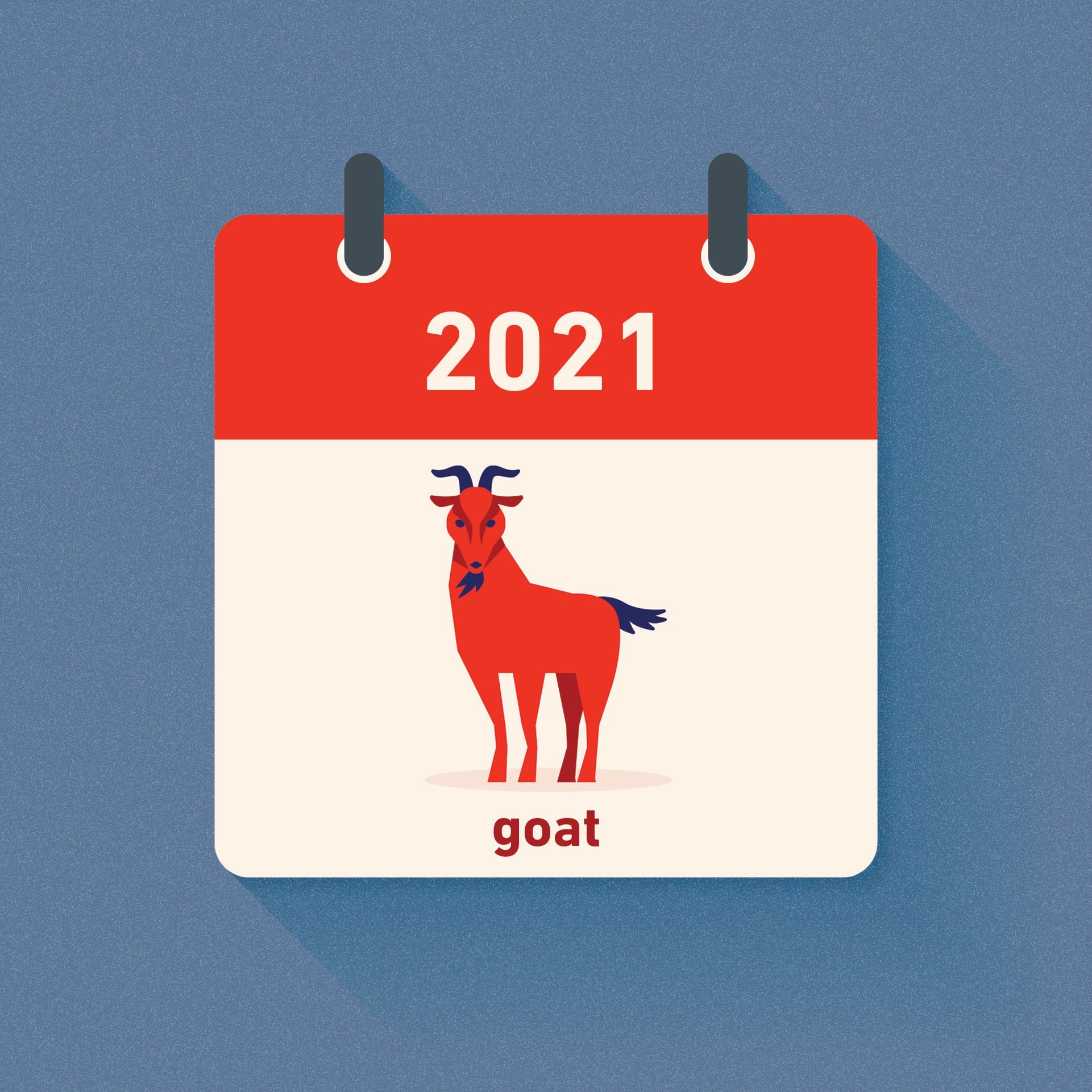 Just as the year of the Rat was difficult for the Horse, the same will be true of Sheep in an Ox year. “It can be a challenging year for Sheep because Ox is opposite Sheep in the 12 animal cycle,” Levitt explains. “If Sheep cannot create new opportunities and has to perform what might be considered repetitive or mundane tasks, stay with the program and don’t allow your finances or morale to be low. Instead, it’s time to develop structure, reduce clutter, and stay focused.” Ox is a simple, straightforward creature. Start your year by organizing yourself, both literally in the home and figuratively in life. Try using these 14 things feng shui experts place in their homes for good health. 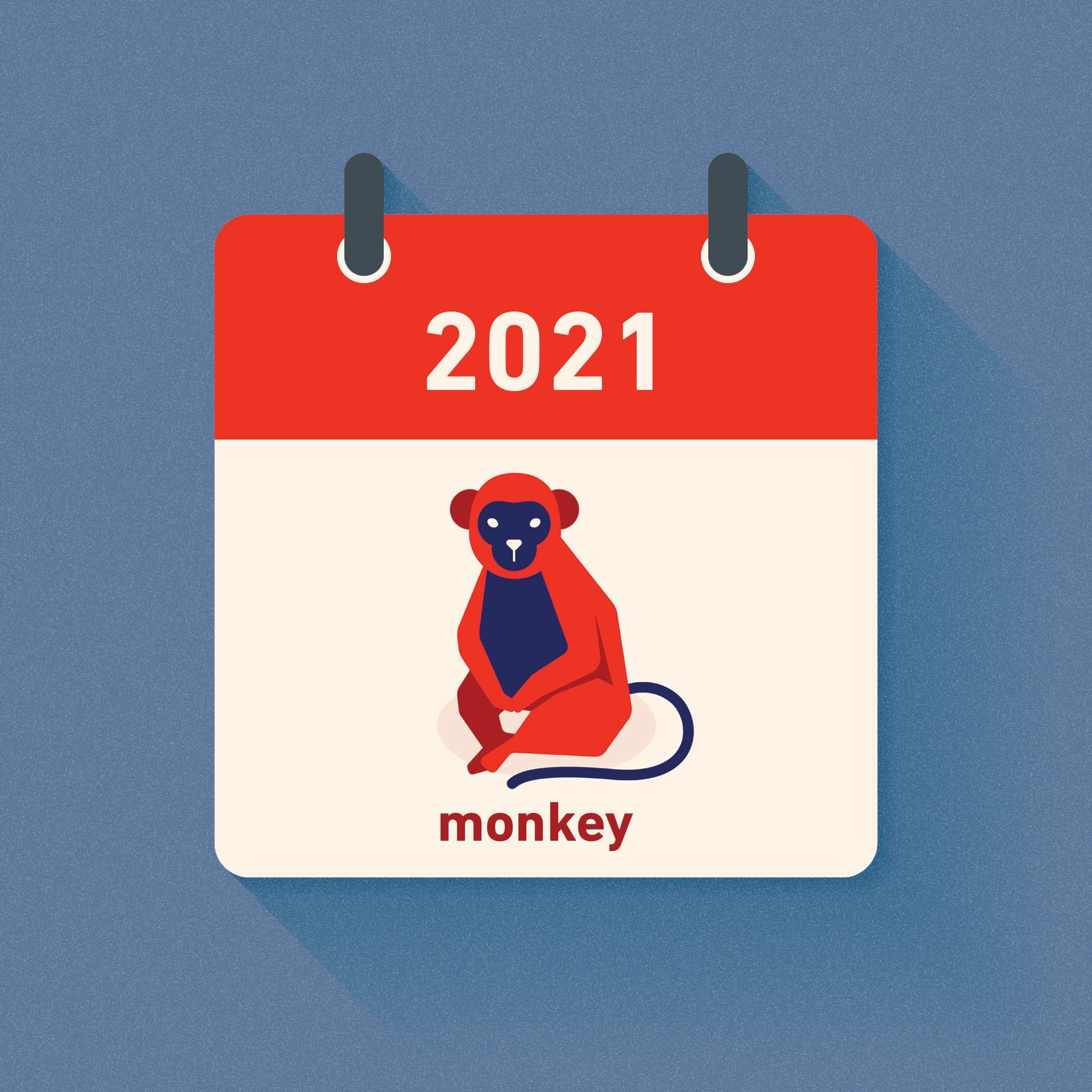 The Monkey is clever; some might say scheming. More devoted to play than work, the Monkey will try to sidestep the Ox wherever possible. “There can be difficulties that force Monkey to restrain their ambitions,” Levitt says. “If Monkey wants to avoid Ox’s demand for hard work, then they can do that if they go through a messenger or liaison. Monkey’s wit and winning personality will help save the day for the Monkey.” It is not recommended that you refuse the Ox’s call for dedicated labor, but you may have some luck in doing just that if you play your cards right and enlist the help of another zodiac sign. Love Chinese astrology? Read up on the history behind Chinese New Year. 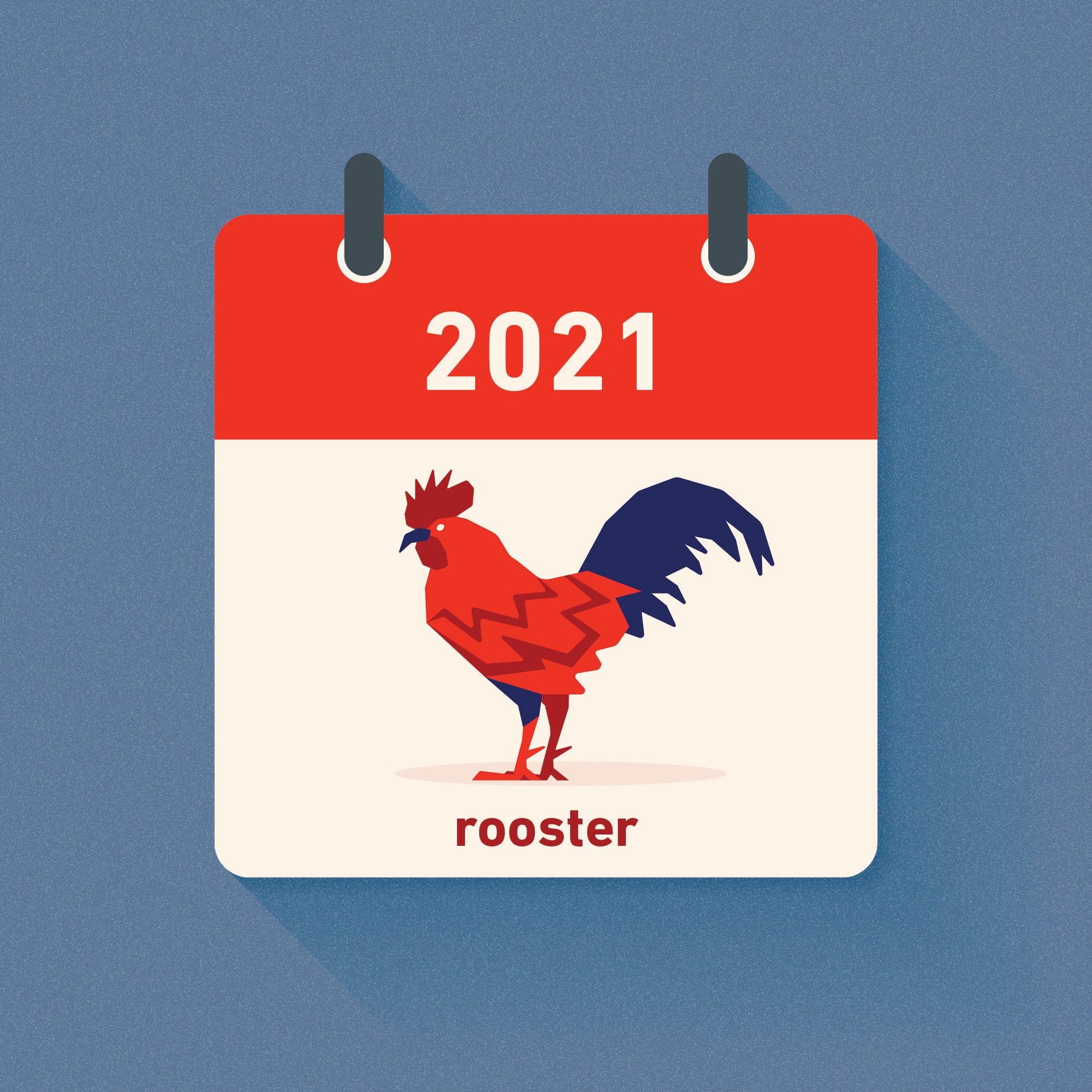 The upcoming year will be most fortunate for the Rooster, as its values most closely align with those of the Ox. As Chinese zodiac signs go, these two are highly compatible, mainly because Rooster is already used to working hard on a daily basis. “Ox offers the stability, faithfulness, and sincerity that Roosters like,” Levitt says. “You can be happy, triumphant, and recover from the previous Rat year difficulties. You’ll work hard under Ox’s influence, but success is foreseen.” Stay true to your nature and this year will be better than the last. Reward yourself with great food and fun in one of the 12 best Chinatowns in America. 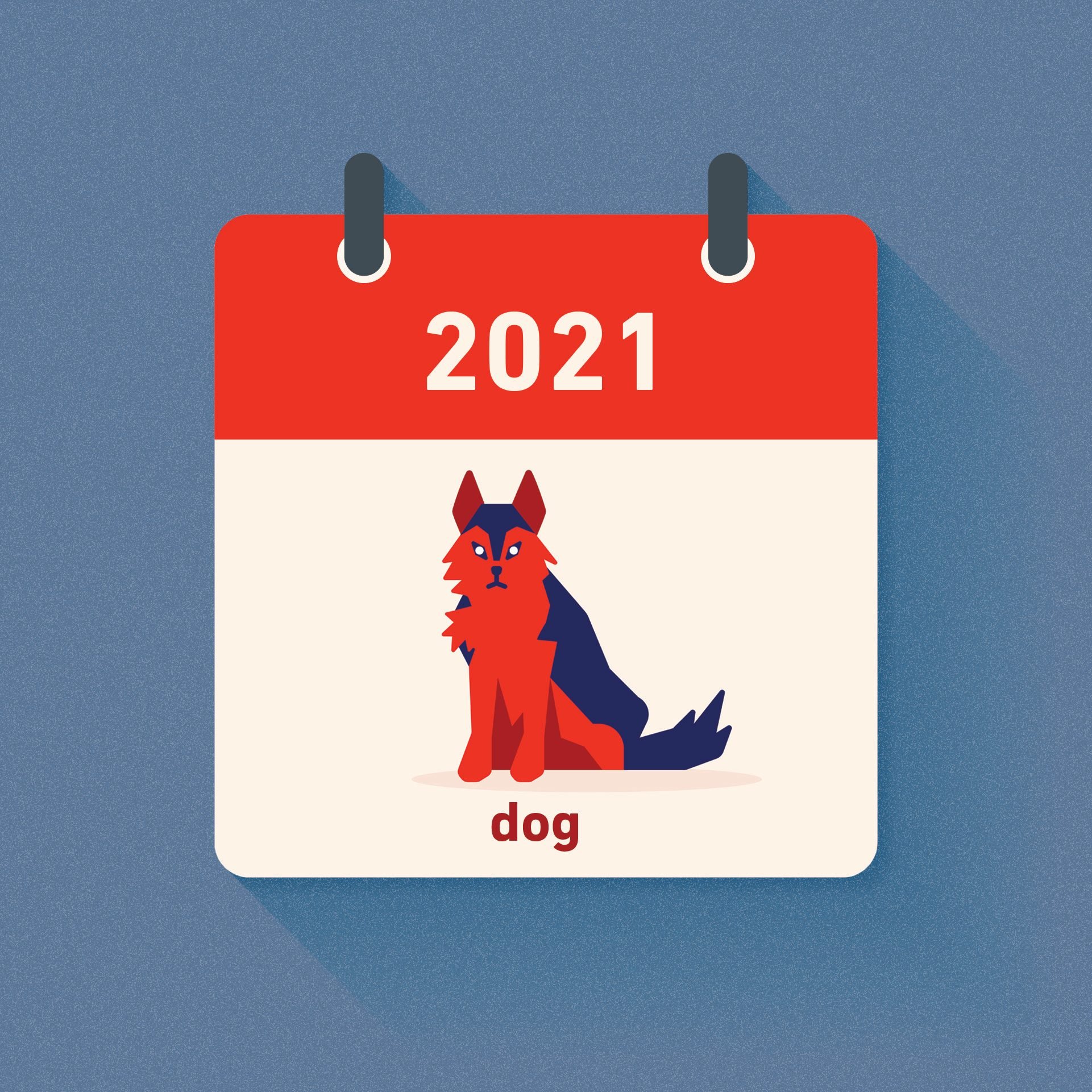 Unlike the Rooster, the Dog might not be so lucky in 2021. “For the Dog in the Ox year, there could be some minor problems,” Levitt says. This is due to a difference in perspective: While Ox prefers to stay the course, Dog favors trying new things. “Dog fights for the underdog,” Levitt explains. “[Their] revolutionary ideas and altruistic concepts could be challenged.” Dog people are likely to meet resistance in the year of the Metal Ox. Speaking of dogs—here’s which dog breed is most compatible with your zodiac sign. 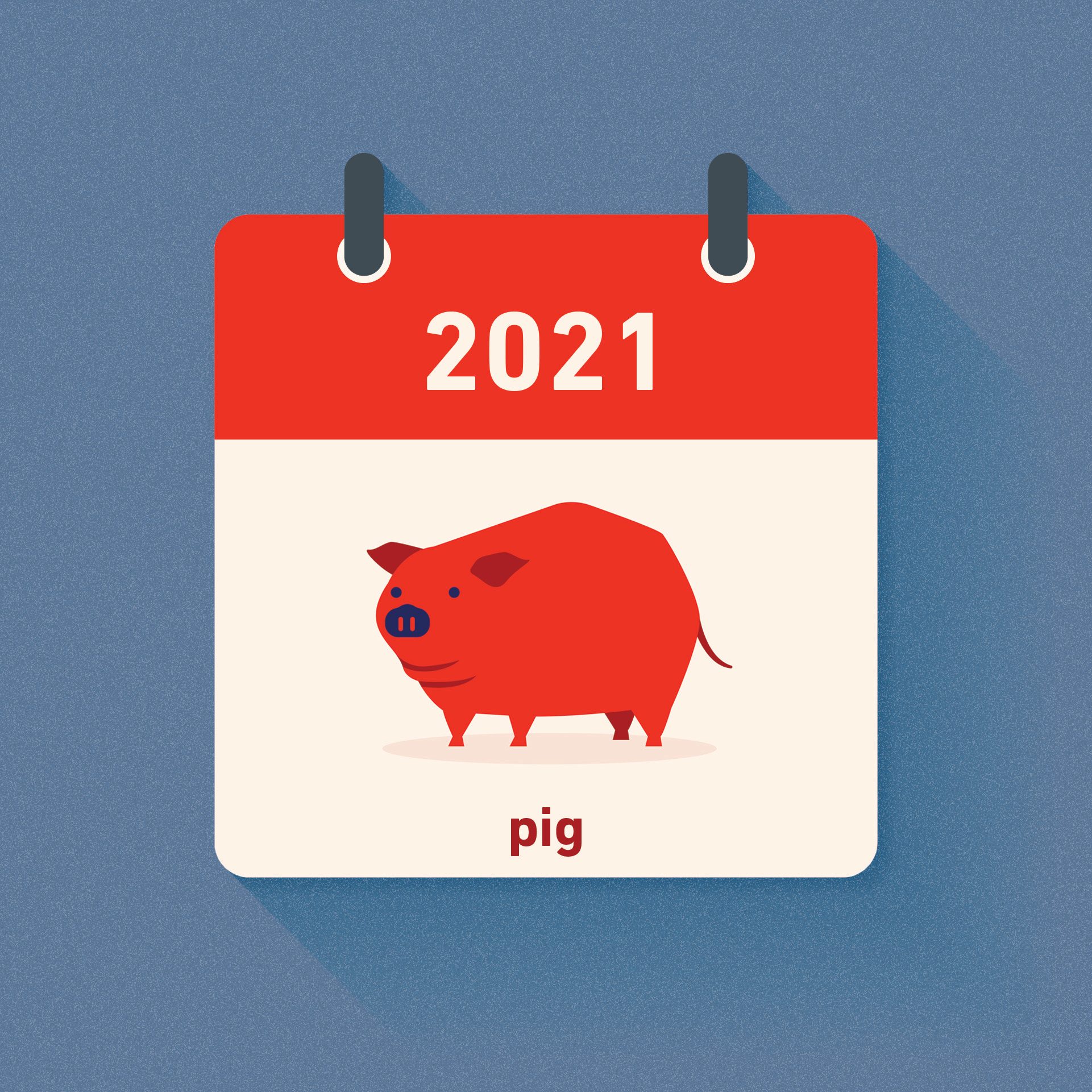 Luck will be on the side of the Pig as long as they abide by Ox’s rules. “It’s a good and harmonious year when Pigs’ efforts are appreciated,” Levitt says. “There could be opportunities for career advancement, although Pig must adopt Ox’s strong work ethic.” Pig people are naturally realistic and goal-oriented, which fits in well with the Ox’s love for pragmatism. Remain diligent in your efforts and good fortune will come! Looking for the perfect present? Don’t miss our gift guide for every Zodiac sign. You could even find a gift that matches your loved one’s zodiac power color!

Taylor Markarian
Taylor is a regular contributor to RD.com covering culture, advice, travel, pets, and all things weird and haunted. She is the author of From the Basement: A History of Emo Music and How It Changed Society, which analyzes the evolution of punk and mental health. She holds a B.A. in Writing, Literature & Publishing from Emerson College.