13 Craziest Conspiracy Theories of the Year

Want proof that you can fool all of the people some of the time? Read these crazy conspiracy theories that Americans fell for in the last year. 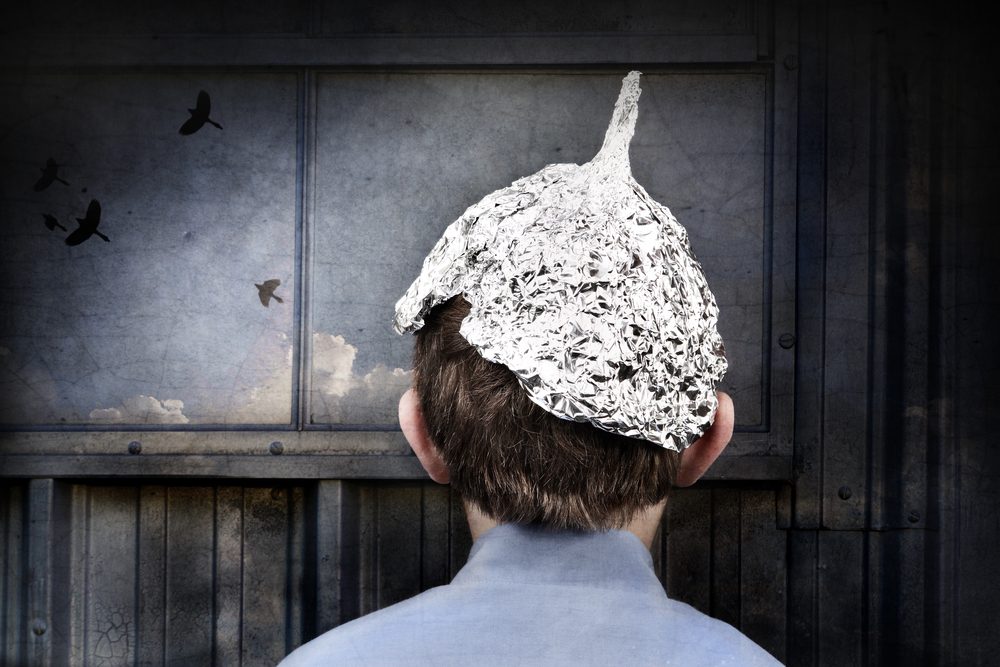 Who believes this stuff? Ummm…we do?! 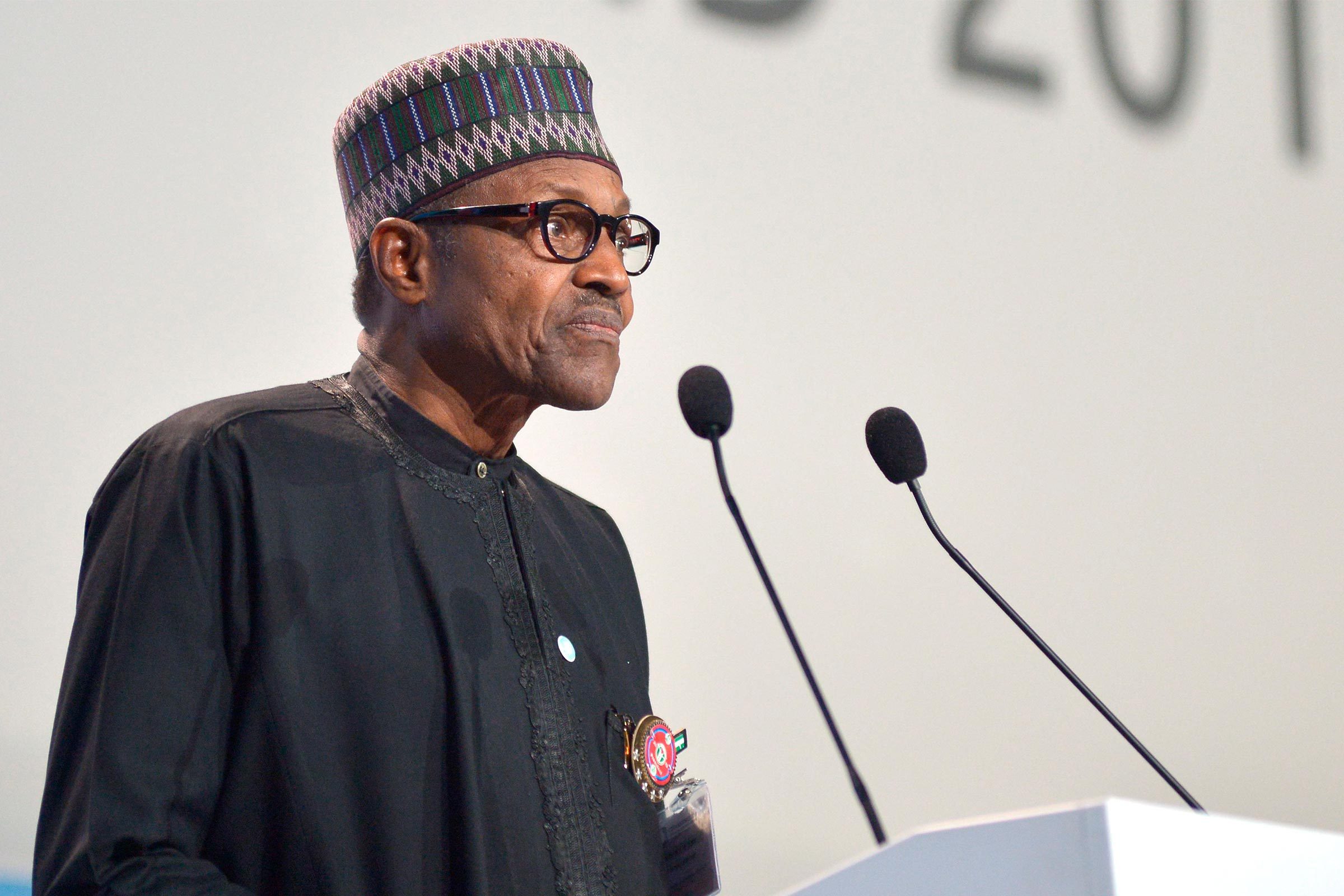 Nigeria’s president is actually a clone?!

Yes, 75-year-old Muhammadu Buhari was ill for much of the last year, and he spent a significant amount of time dealing with his illness. However, he has not been replaced by a “clone,” as conspiracy theorists would have us believe. There’s no solid evidence that Buhari has died or been cloned. And he hasn’t been replaced by a lookalike imposter. Let’s all just assume that this doesn’t happen in real life (even though the premise worked hilariously in the 1993 comedy film Dave). 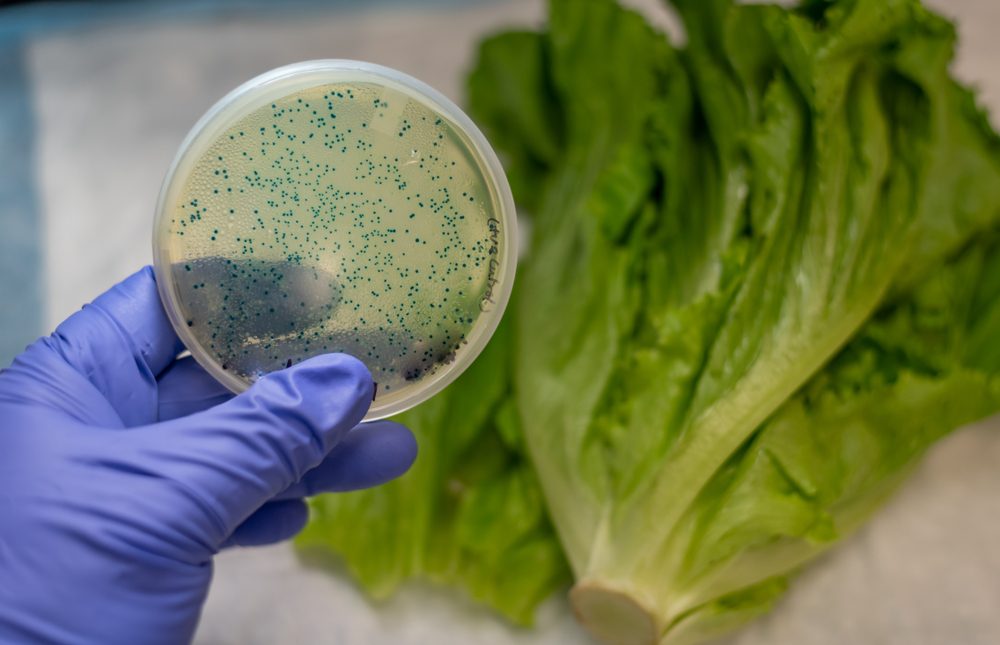 The deadly E. coli outbreak linked to romaine lettuce in late 2018 was devastating, but no one yet knows what caused it. What we do know is that it wasn’t caused by our government, or, in particular, a decision by President Donald Trump to reverse existing rules on agricultural water inspection. First, the rules weren’t overturned; second, such rules would not have covered all the romaine involved in the outbreak, according to fact-checking website Snopes. Here’s why there have been so many food recalls in 2018. 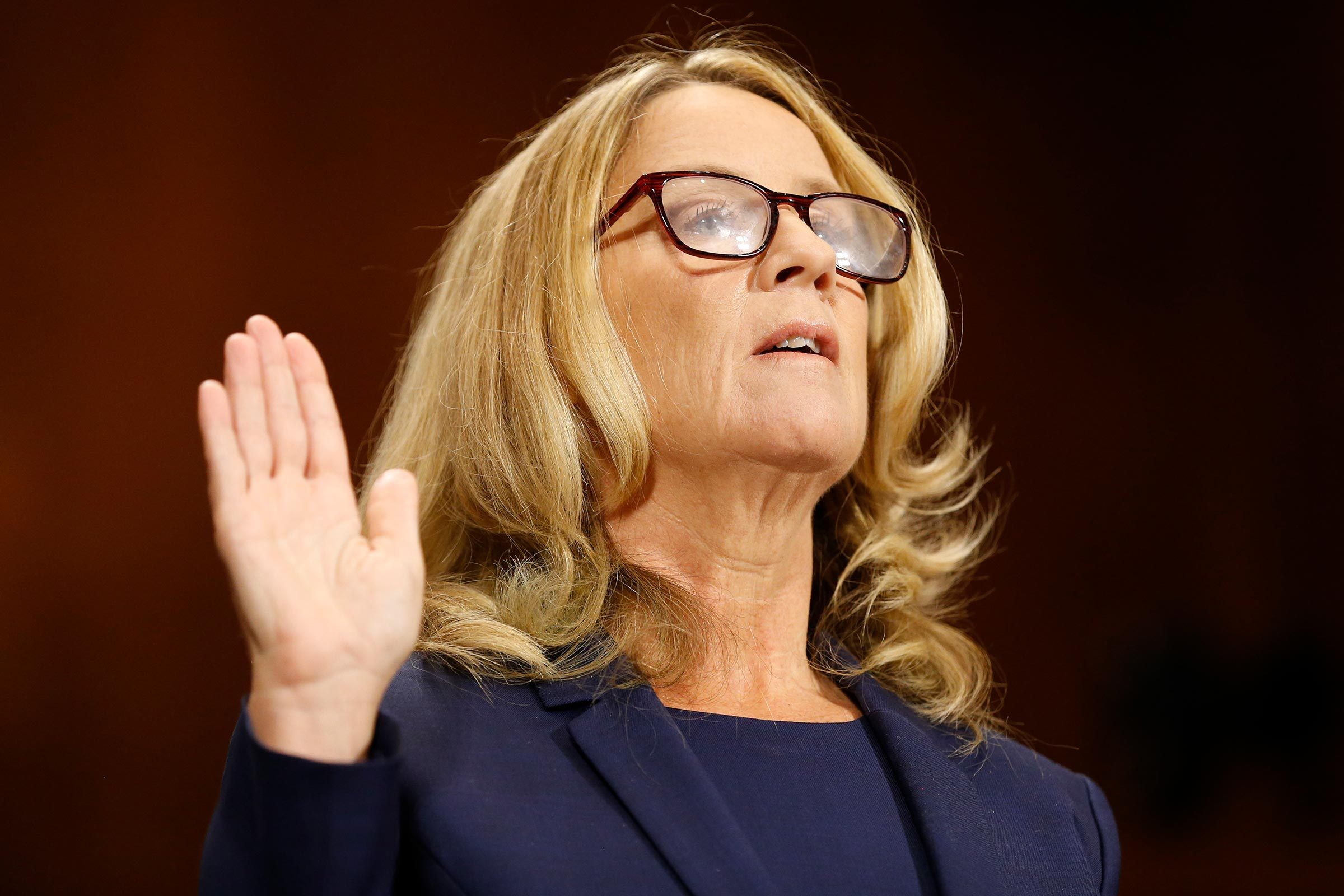 Christine Blasey Ford was played by an actress?!

In another variation on the “imposter” theory, many decided that Christine Blasey Ford, the woman who testified that Supreme Court Justice Brett Kavanaugh had assaulted her as a teen, was played by an actress and paid by Coca-Cola for the purpose of product placement (Dr. Ford sipped Cokes during her testimony). One variation on this theory is that Dr. Ford was played by actress-comedian Amy Schumer, a distant cousin of Democratic Senator Chuck Schumer. 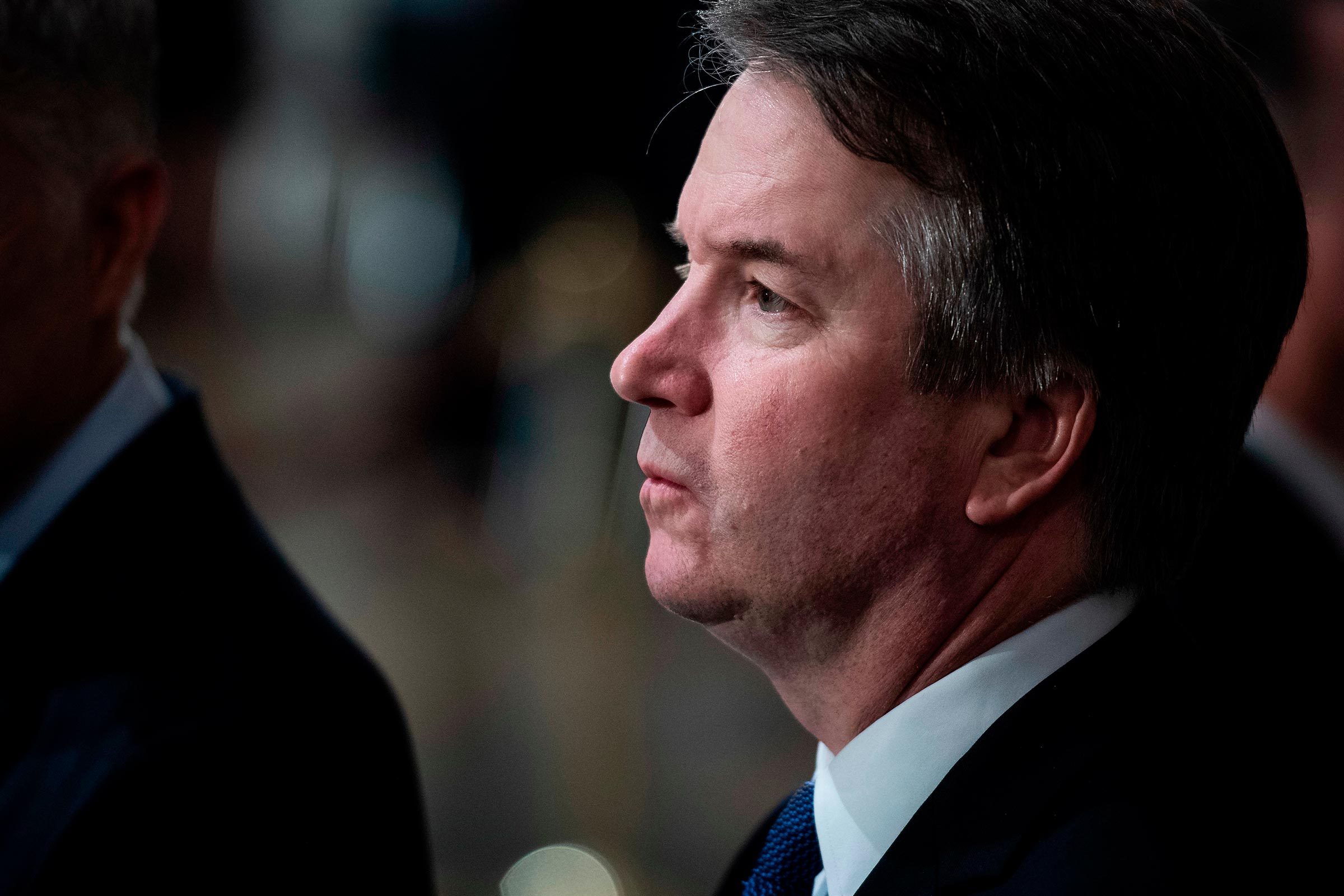 Brett Kavanaugh has an evil twin?!

In yet another imposter theory, some believe that Justice Kavanaugh wasn’t at the party where the alleged incident took place, but had been subbed out and replaced by an evil doppelgänger. Another version of this theory is that Kavanaugh was a victim of mistaken identity and that whomever Dr. Ford believed had assaulted her was actually someone else. None of it’s true. Find out these secrets the FBI doesn’t want you to know. 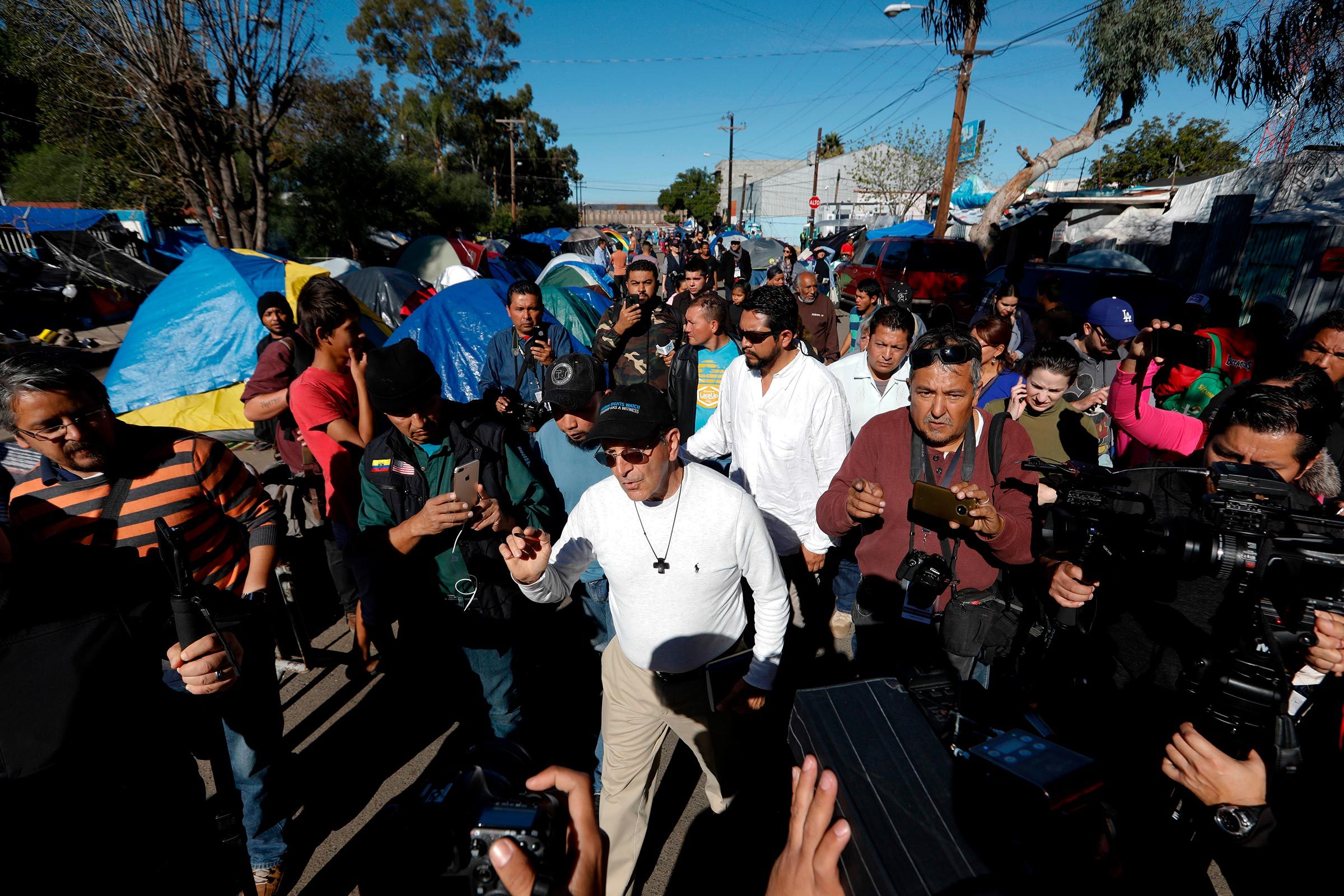 The “migrant caravan” was a stunt?!

After thousands of Central Americans headed in the direction of the U.S. in search of asylum, rumors began circulating about how the Central Americans happened to come together in what’s been called the “migrant caravan.” One rumor has it that 88-year old liberal billionaire George Soros funded the migrant caravan in an attempt to call attention to immigration issues. Another rumor is that the caravan was organized by a violent criminal. Others speculate that the caravan contains a large contingent of dangerous gang members. All of this has been conclusively disproven. 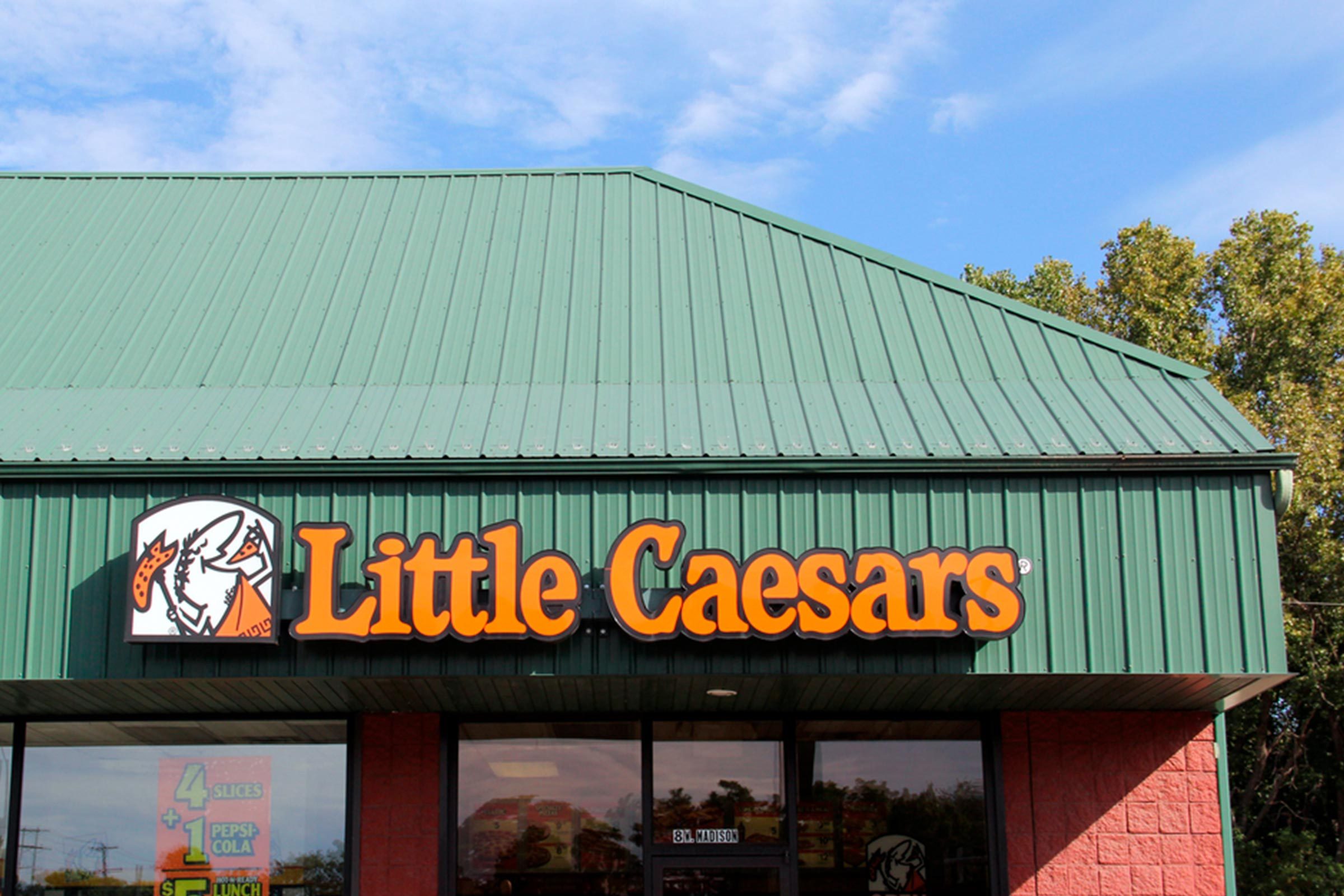 In October, a tweet was responsible for convincing many that the pizza chain Little Caesars is actually serving pizza straight from the supermarket freezer section, and specifically, DiGiorno brand pizza. According to the New York Post, it all started when a Kmart employee was photographed at a Little Caesars inside a New York Kmart with a shopping cart full of DiGiorno pizzas. People presumed she was delivering the pizzas to Little Caesars. In actuality, the DiGiorno pizzas were expired inventory from Kmart that the employee was disposing of. Learn about the biggest fast-food scandals that rocked the industry. 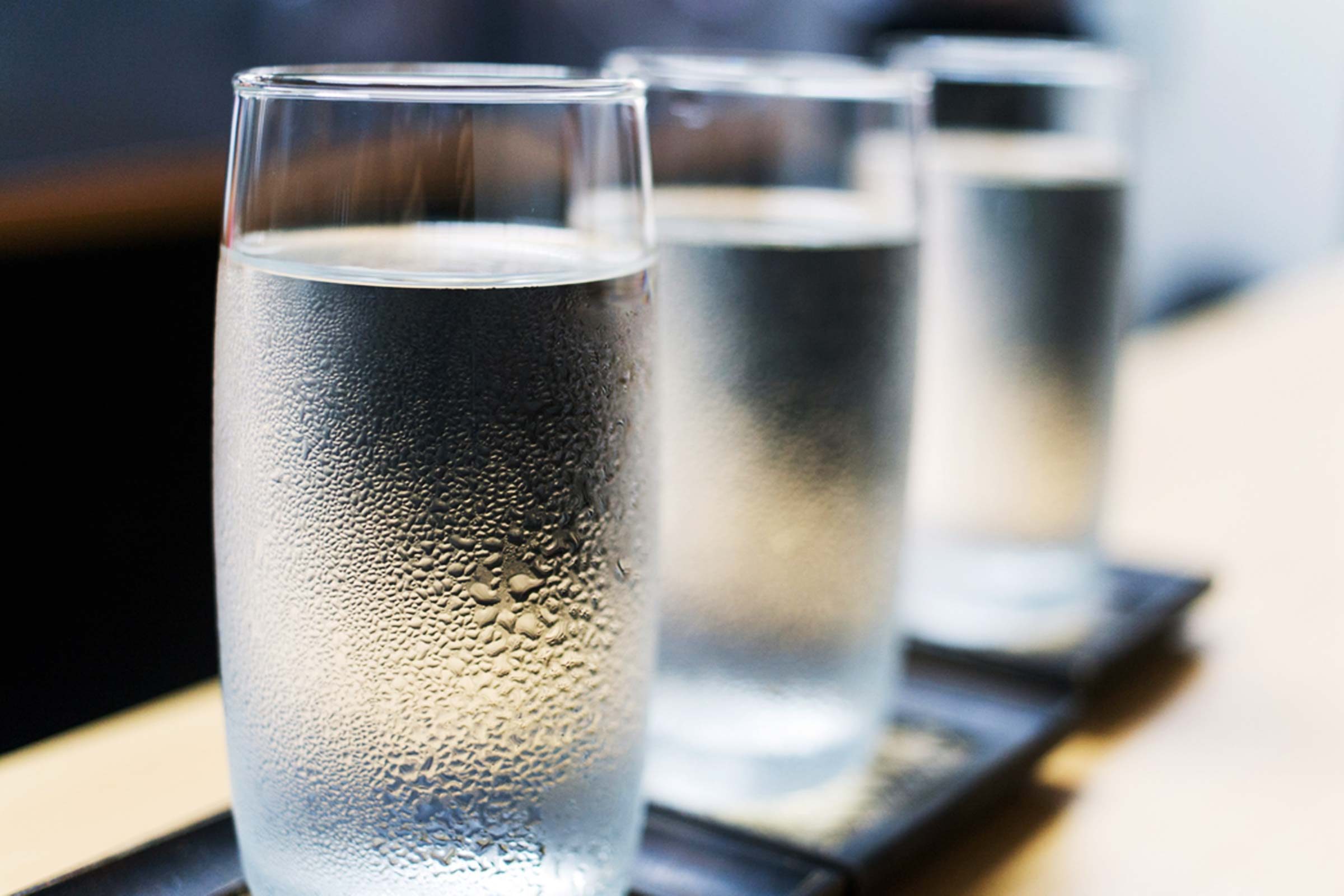 Our water supply is poisoned with a neurotoxin?!

This conspiracy theory is born out of the fact that a significant portion of U.S. drinking water is fluoridated, which helps keep our teeth strong and white. The practice of fluoridating water has always been a point of contention, however, and it’s surfaced again: Conspiracy theorists claim a legitimate scientific study found fluoride to be a “neurotoxin.” Well, there’s no evidence of that, and you won’t find the amounts of fluoride in tap water identified by the Environmental Protection Agency as a toxic substance or a water contaminant, Snopes explains. 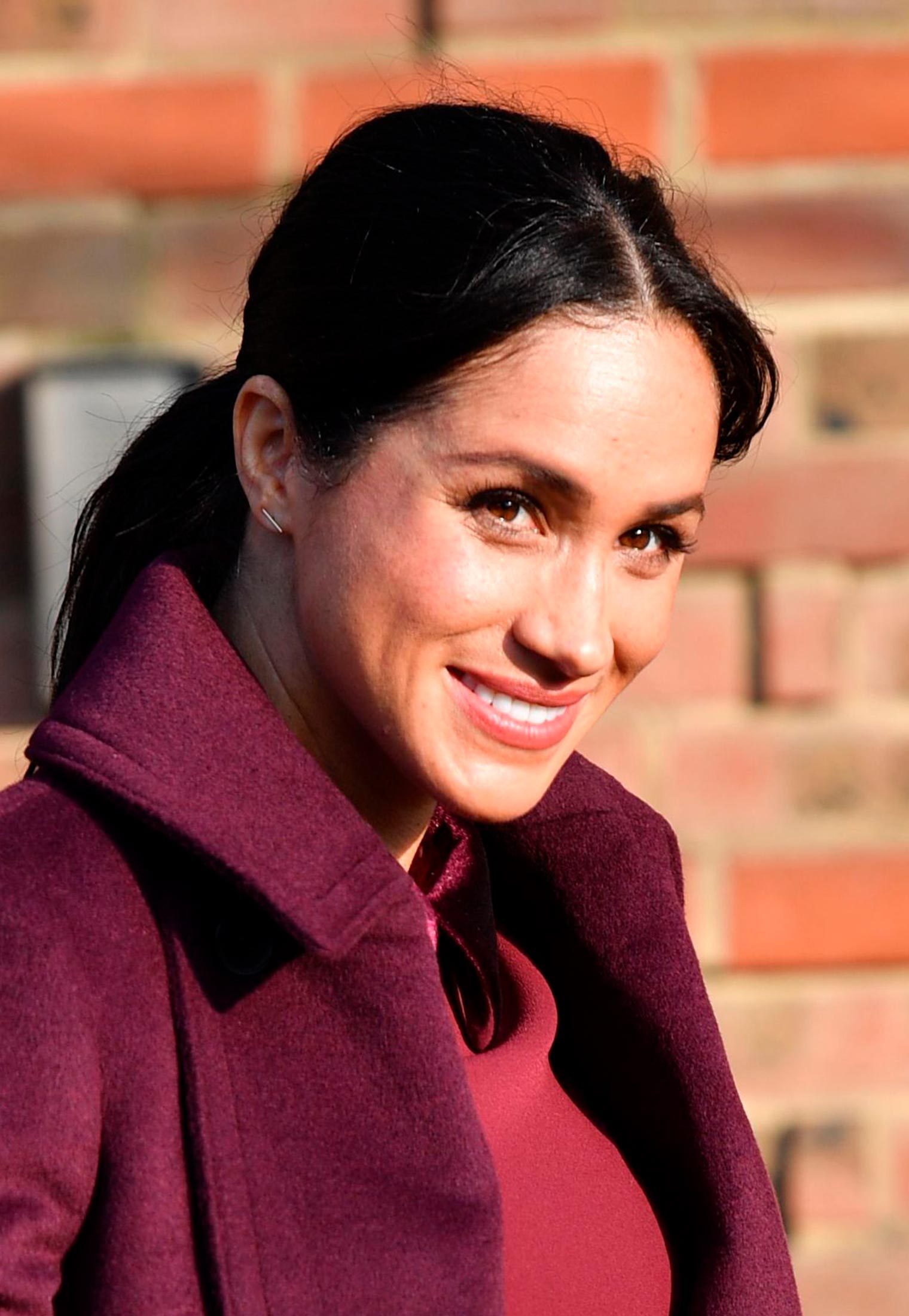 Meghan Markle is part of an English plot to reabsorb the U.S.?!

Would the United Kingdom even want the United States back? Well, a viral tweet convinced a lot of people that not only is it true, but that the marriage of Meghan Markle to Prince Harry is a political gambit to allow the U.S. to become part of the U.K. once again. Nope: These two kids are in love. Check out some more totally outlandish royal family conspiracy theories. 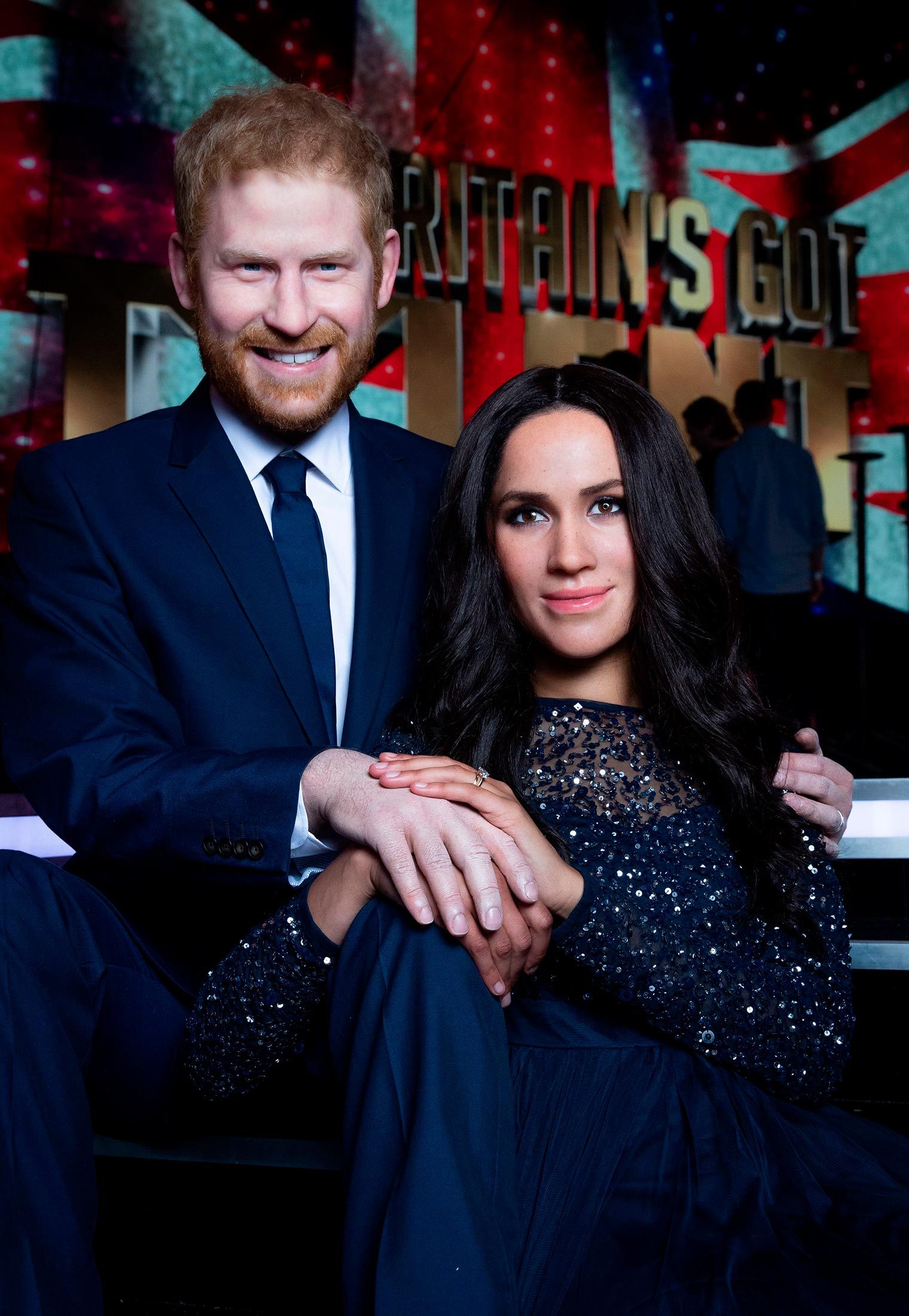 Meghan Markle is a robot?!

This theory took off in June after a video showed Meghan Markle in the audience of Britain’s Got Talent clapping alongside Prince Harry, but not moving her face, eyes, or lips. It turns out the clip was actually just a stunt promoting the “Live Figures” exhibit at Madame Tussauds in London. Someone was wearing a mask of Meghan Markle. It should go without saying that the Duchess of Sussex is, in fact, a living, breathing human, reports Snopes. 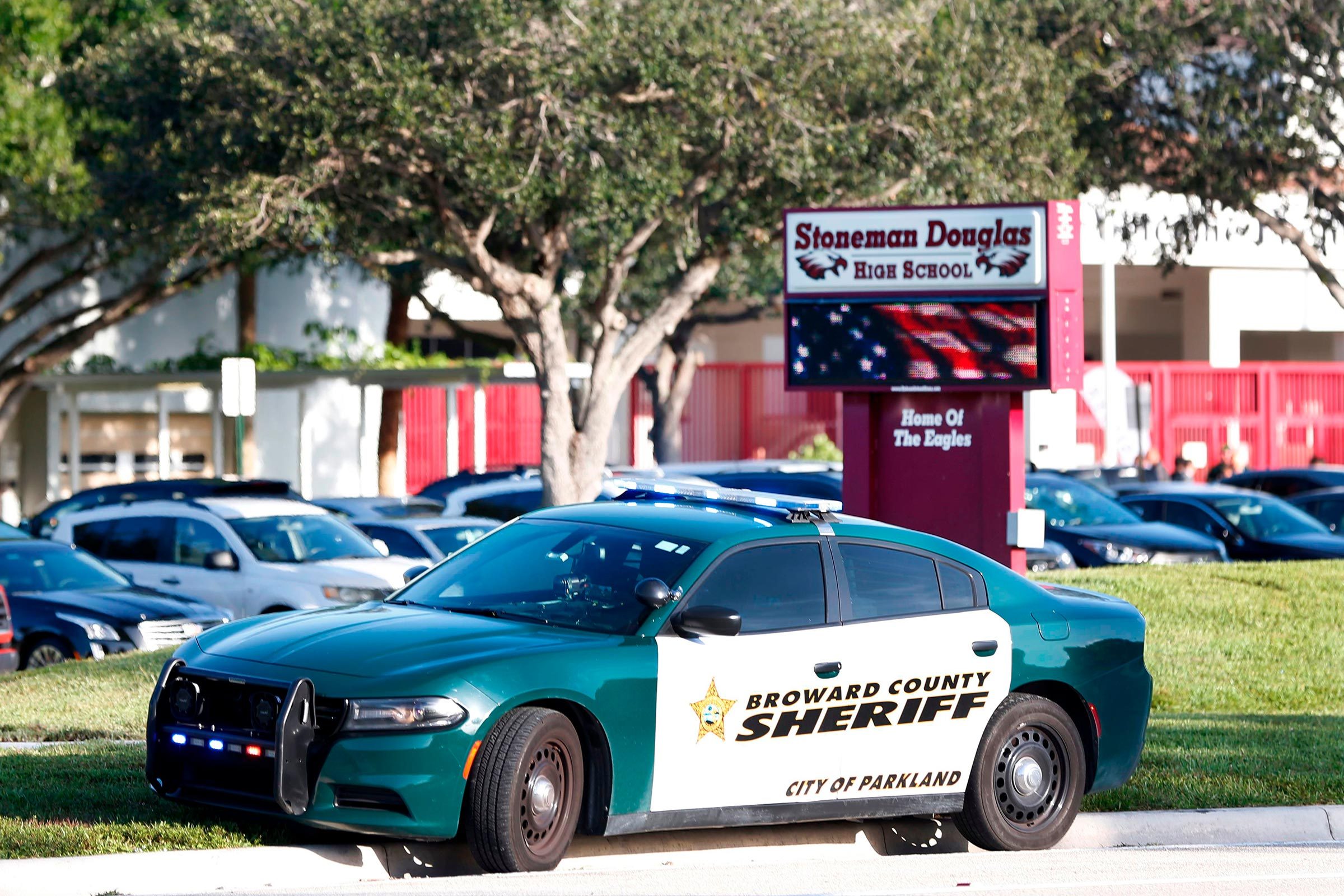 The Parkland school shooting was staged by anti-gun lobby?!

Tragically, a version of this pathetic theory comes up after nearly every mass shooting. Essentially, some people believe the shooting at Marjory Stoneman Douglas High School in Parkland, Florida in February was not actually “real,” but rather staged by powerful people with the intention of boosting support for gun control. This conspiracy theory began less than an hour after the mass shootings took place (perhaps piggybacking on the fact that one of the students who survived is the son of a retired FBI agent) and included accusations that the students were actors paid to play disaster victims (“crisis actors”). 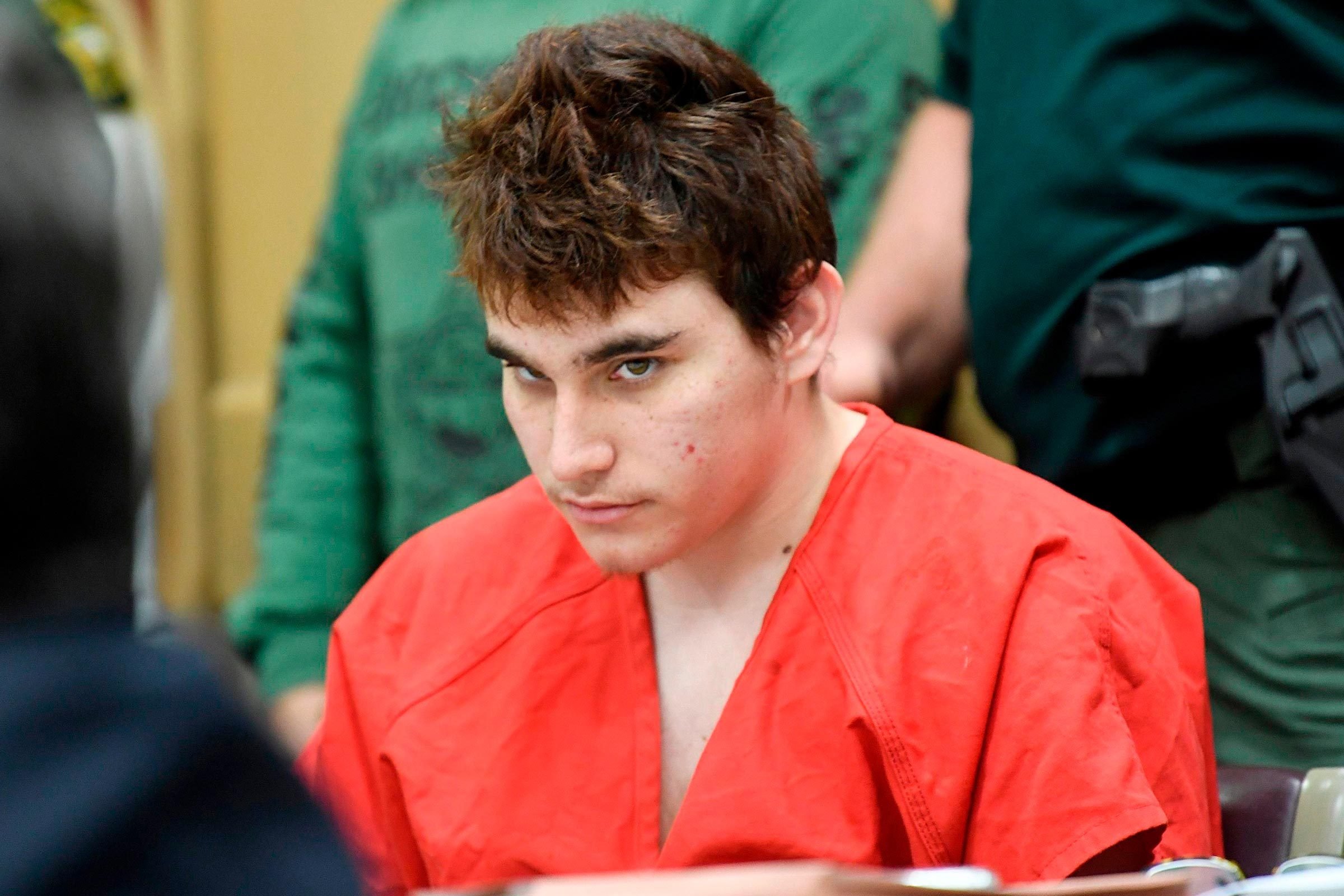 The Parkland shooter has ties to Islam?!

A different school of thought on this tragedy is that the shooter, Nikolas Cruz, has ties to the Islamic State or other Islamic extremist groups. “No evidence supports a hypothesis that the suspected assailant Nikolas Cruz was affiliated with any Islamic terrorist network or is himself a Muslim,” reports Snopes, “and an overwhelming amount [of] evidence to the contrary indicates otherwise.” 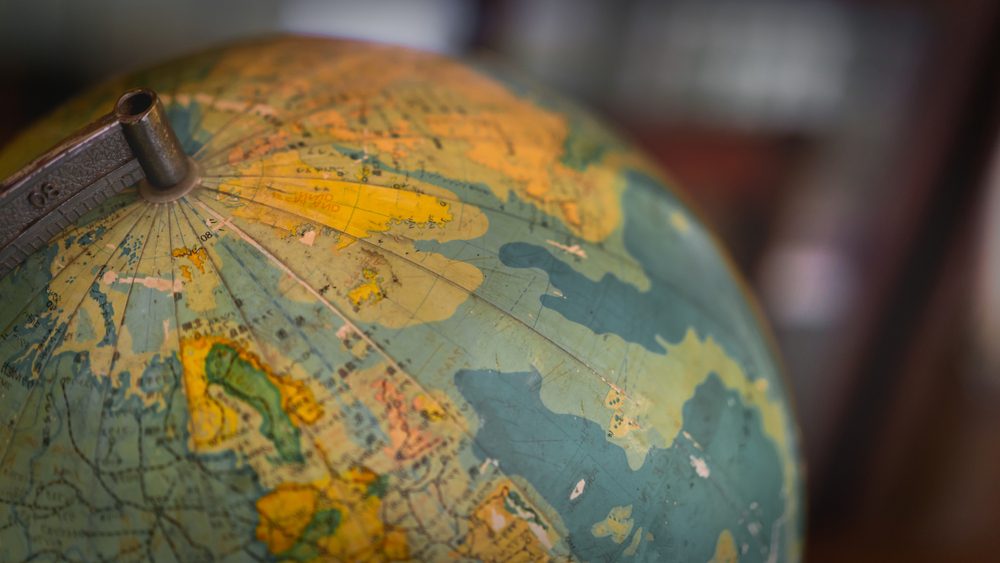 “The Earth is a sphere, a fact that dates to ancient Greece,” confirms Live Science, yet there are those who have been debating this since time immemorial, and never so vehemently as in 2018, which was the year the first annual Flat Earth Convention was held in the United Kingdom. Ranker predicts the theory that Earth is flat will actually gain more traction in the coming year. Here are some more science myths that have been proven wrong. 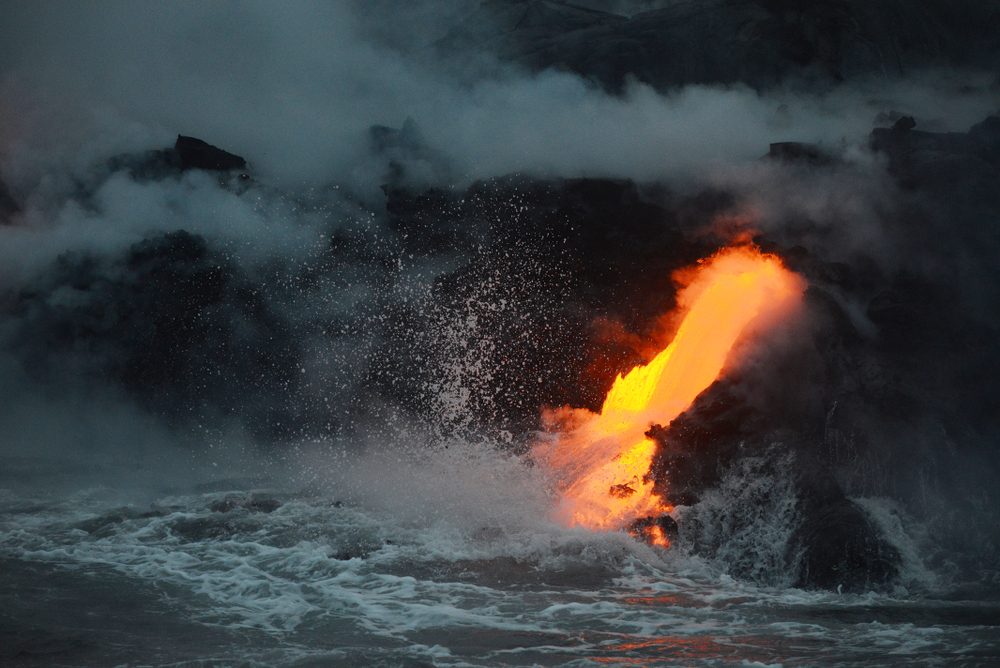 In May, a conspiracy blog made a claim that volcanic activity in the lower Puna region of Hawaii’s Big Island was caused by fracking activity (the process of injecting fluids into bedrock at high pressures to crack rocks and liberate petroleum products) from a nearby geothermal plant. It’s not only untrue, it doesn’t make scientific sense, according to Snopes. Read on to find out this past year’s 12 most bizarre unsolved mysteries.