We never made it to the moon?!

On July 20, 1969, Neil Armstrong and Buzz Aldrin landed on the moon. Since then, the United States has put men on the moon six more times. Yet conspiracy theorists insist none of this ever happened, believing instead that the lunar landings were nothing more than an expensive plot involving elaborate film sets executed under the creative direction of filmmaker Stanley Kubrick. A full 11 percent of Americans either have their doubts the lunar landings actually happened, according to a 1999 Gallup poll, as reported by Time. Are you one of them?

On August 31, 1997, Diana, Princess of Wales was killed in a high-speed car chase in a Paris tunnel. Her driver, who was drunk, was reportedly trying to elude the paparazzi—the makings of a tragedy. That hasn’t stopped the conspiracy theorists. Since even Diana herself believed she was being targeted for murder, it’s easy to understand why people continue to doubt the accident was actually an accident. Here are 10 reasons people refuse to believe the death of the People’s Princess could have been an accident.

The horrible death of JonBenet Ramsey—strangled to death at the age of six in her own basement—is a murder that will likely never be solved. Perhaps it helps some people deal with this sad news by choosing to believe that she was never killed. Conspiracy theorists believe not only is JonBenet alive, but that she’s living as the pop star Katy Perry. If you’re on the fence about this one, consider that Katy Perry herself has denied it. Don’t miss the strangest unsolved mysteries of all time.

Alice in Wonderland is about hallucinogenic drugs?!

Consider the premise of Lewis Carroll’s Alice in Wonderland: A young, unsupervised child disappears down a rabbit hole, consumes edibles, and has hallucinations. Is it really that far-fetched to believe Carroll tricked us into reading a bedtime story to our children based on a drug trip? While conspiracy theorists are quick to point that out and to support it with such pop culture references as rock band Jefferson Airplane’s acid-trip anthem, Go Ask Alice, the truth is that Lewis Carroll was simply a quiet genius with a gift for entertaining children.

Lewis Carroll was Jack the Ripper?!

Wow, Lewis Carroll can’t seem to catch a break, right? If he wasn’t tripping on acid, he must have been murdering women in Whitechapel, London, right? Since the murderer known as “Jack the Ripper” was active around the same time Lewis Carroll was teaching nearby, and since Lewis Carroll was merely a pseudonym (real name: Charles Dodgson), some got it in their heads that the guy who wrote Alice in Wonderland was also a vicious serial killer (and one of the most notorious psychopaths in history). In the mid-1990s, this conspiracy theory reared its head again with a book by Richard Wallace called Jack the Ripper: Light-hearted Friend.

Back in 1966, conspiracy theorists claimed—and continue to claim to this day—that Paul McCartney passed away. Those same theorists also believe that the Beatles felt so terrible about covering up Paul’s untimely demise that they took to dropping hints in their music that Paul is, in fact, dead. Best way to solve this one? Ask the very much alive Sir Paul himself.

All these celebrity death hoaxes?!

While dead celebrities can’t stay dead, living ones are actually ghosts, dontcha know. Rumors of all these celebrity deaths were greatly exaggerated, albeit not to the level of, nor as persistently as, that of Paul McCartney: 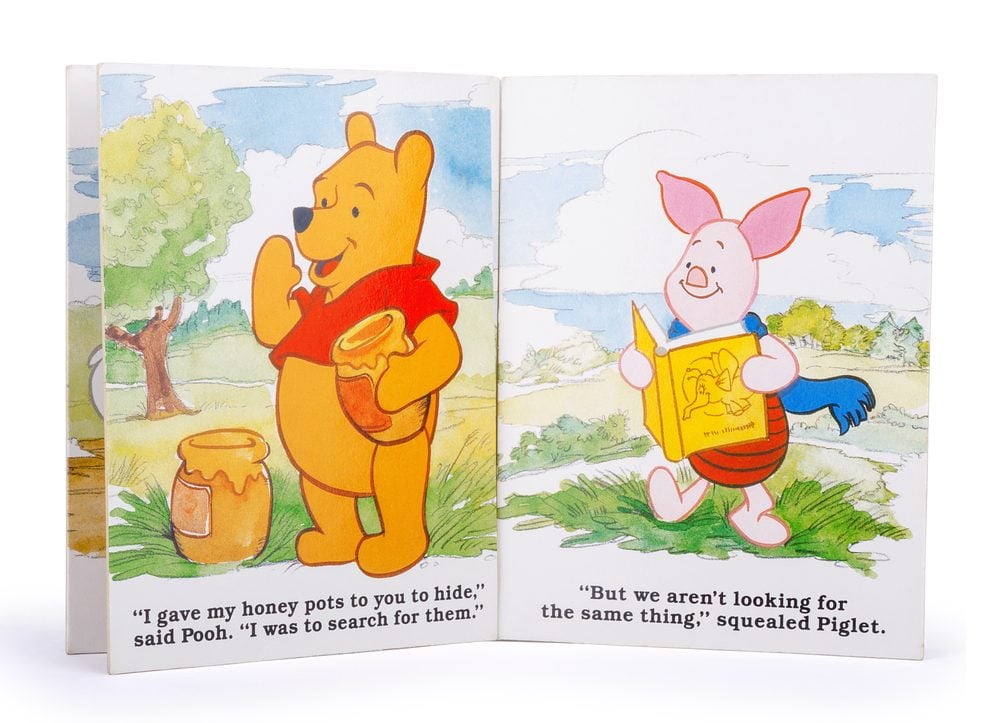 Winnie the Pooh is an allegory for mental illness?!

Like Alice in Wonderland, Winnie the Pooh is so brilliant and imaginative, there are those who can’t imagine the author (A.A. Milne) didn’t have an agenda. Conspiracy theorists will tell you that every Poo character represents a diagnosable mental illness. For example:

It’s tempting to buy into this one, but Snopes tells us not to.

“It was all just a dream” is a familiar storytelling prop whose popularity came to a crashing halt in 1986, when the answer to one of pop culture’s most vexing questions—who killed Bobby Ewing?—turned out to be “Sorry guys, the last season of Dallas was all just a dream.” Ever since, conspiracy theorists have been messing with our favorite works of art and literature, insisting they too were just dreams… of characters within the story. Examples include the theory that the Harry Potter adventures were all just a dream in a sad orphan’s mind and television’s Saved By the Bell was nothing but a dream in the mind of one Zach Morris.

The Wizard of Oz is a munchkin snuff film?!

Have you heard? One of the actors who played a munchkin in the Wizard of Oz hanged himself on the set during filming, and if you look really carefully, you can see it happening live along the Yellow Brick Road? Thankfully, this conspiracy theory is 100 percent untrue, according to Snopes. Find out the craziest conspiracy theories of the past year.

That celebrity faked her pregnancy?!

Any woman who’s ever been pregnant can understand how vexing it is to see celebrities within days after giving birth, looking as slim and well-rested as ever. And that must be the why there are so many theories about celebrities faking pregnancies while having “their” babies carried by surrogates. Examples include:

Let’s just assume that all these women did, in fact, carry their own children, as they have insisted.

A woman couldn’t have done that?!

Wuthering Heights wasn’t written by Emily Brontë, but rather her brother, Branwell Brontë? The songs on Hole’s album, Live Through This, were actually written by Courtney Love’s deceased husband, Kurt Cobain? The Harry Potter books weren’t written by J.K. Rowling but by a massive enterprise of ghostwriters? No. No to this demeaning form of misogyny. Scratch the surface of these conspiracy theories and you’ll find some very insecure men who can’t accept the valuable contributions of women. Let’s move along—there’s nothing to see here.

No way that guy did that amazing thing?!

The “so-and-so couldn’t have done that” brand of conspiracy is not unique to women. Two prime examples are the persistent rumors that William Shakespeare was actually someone else and that Robert F. Kennedy wasn’t shot by Sirhan Sirhan but by a “woman in a polka dot dress.” Could there be any truth at the heart of either of these? We can’t ask Shakespeare, but you can find Sirhan Sirhan serving out his life sentence at a correctional facility in San Diego, California. Next, don’t miss these crazy conspiracy theories that turned out to be true.