The 25 Craziest Toy Fads in History

Let's dig up some amazing toy fads from decades past! 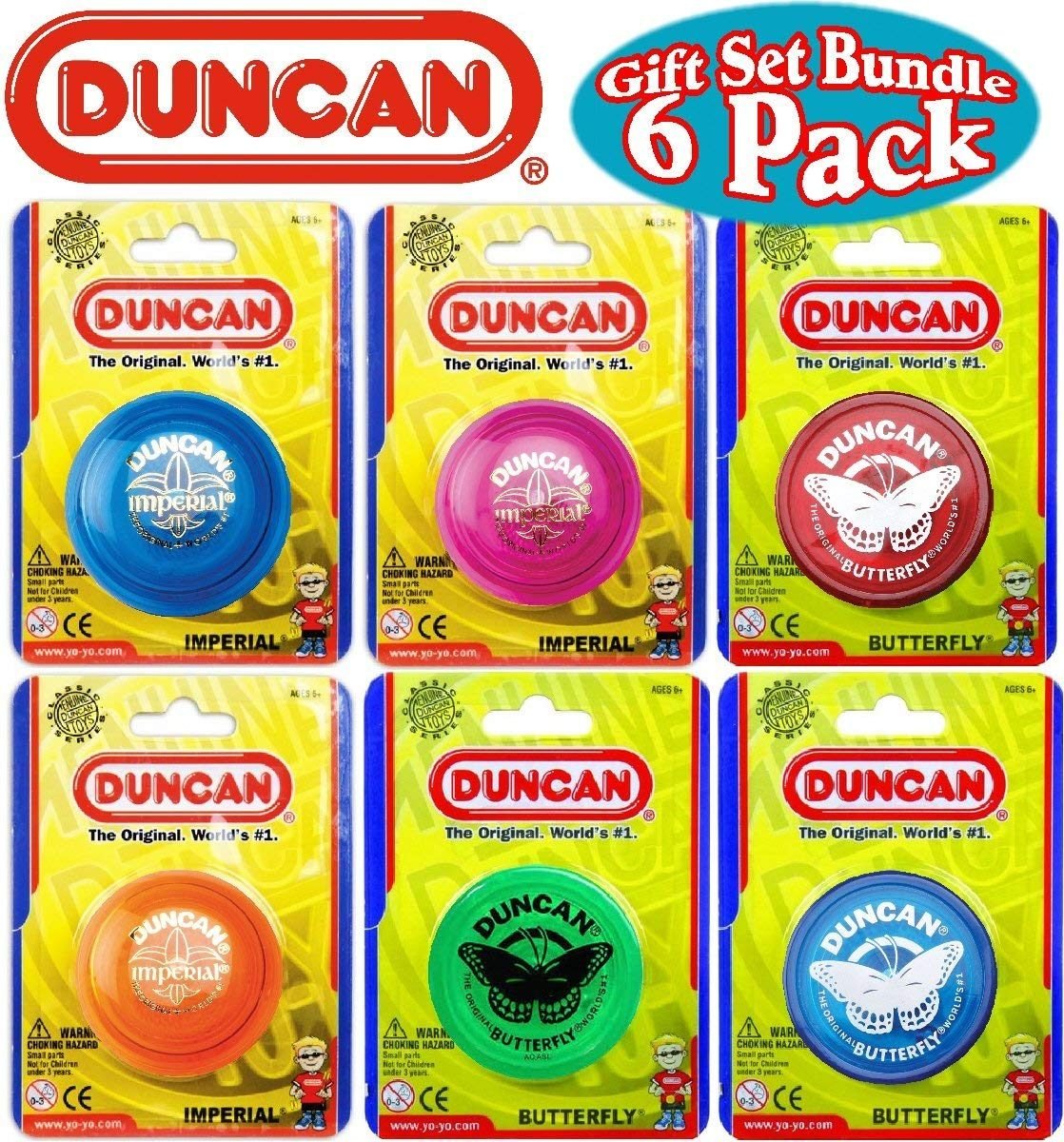 The Duncan Toys Company purchased the Flores Yo-Yo Company from Pedro Flores, who brought the yo-yo to the United States from the Philippines in 1912. Thanks to putting on competitions throughout the country, Duncan popularized the yo-yo toy quickly, and it became a fad in no time. Figure out the most popular toy from the year you were born. 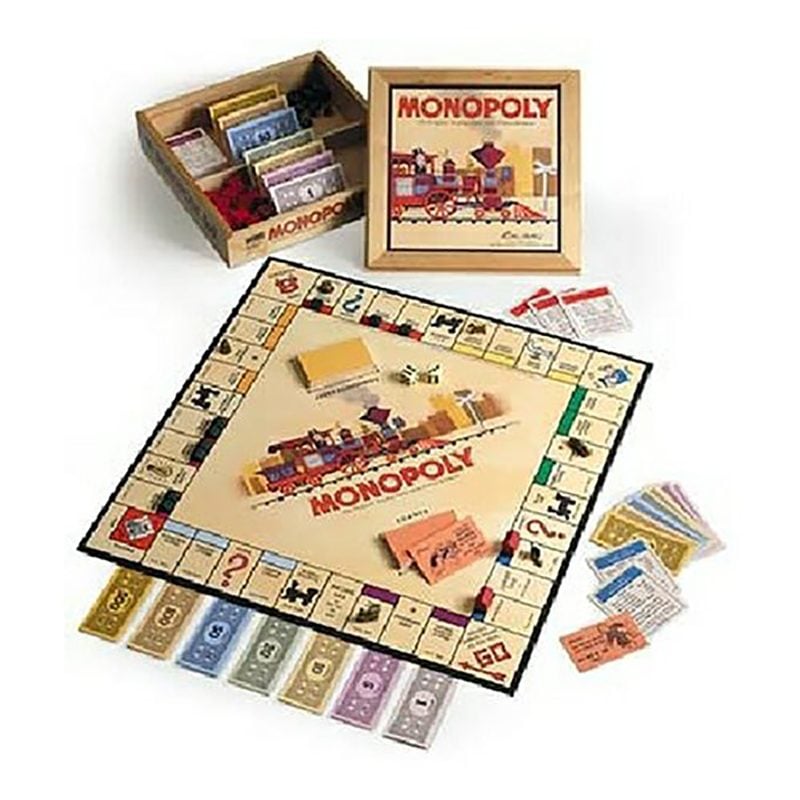 Back in 1935, Charles Darrow patented the real estate board game Monopoly, and by 1936, it became a popular present during the holiday season. It is now the most played board game in the world, according to Guinness. Fun fact: In 1941, the British Secret Intelligence Service had John Waddington Ltd., the licensed manufacturer of the game in the United Kingdom, create a special edition for WW2 prisoners of war held by the Nazis. Maps, compasses, real money and other objects to help them escape were tucked inside the games. These childhood toys are worth thousands today. 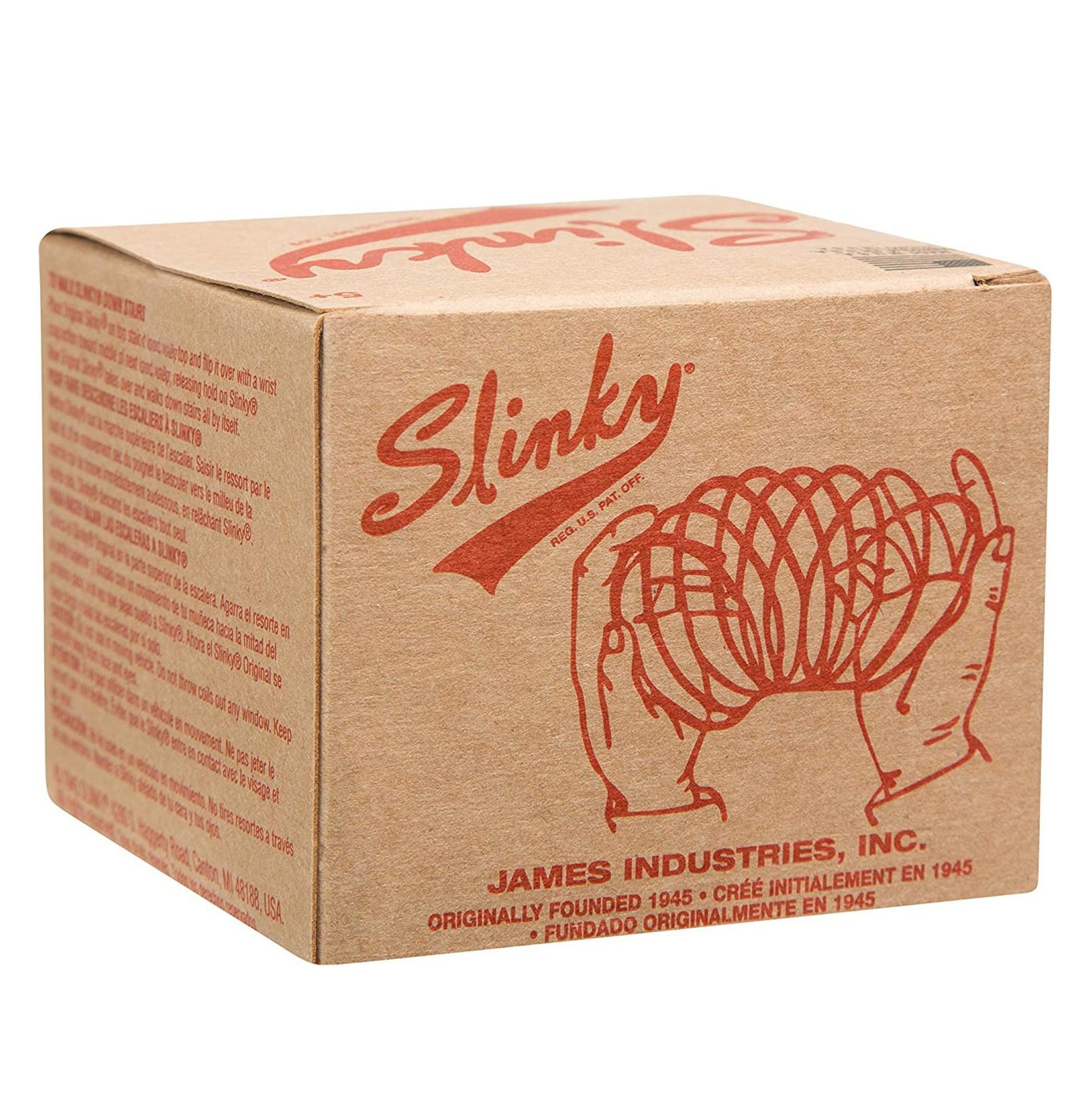 In 1943, mechanical engineer Richard James invented the Slinky by accident. While working on devising a spring to hold shipboard marine torsion meters steady, some of the samples fell off a shelf. James watched in amazement as the springs gracefully “walked” down, instead of tumbling. He and his wife Betty then developed a successful plan to turn his invention into the next big novelty toy. If you want to make money in the future, by these cheap items that will be worth a fortune later. 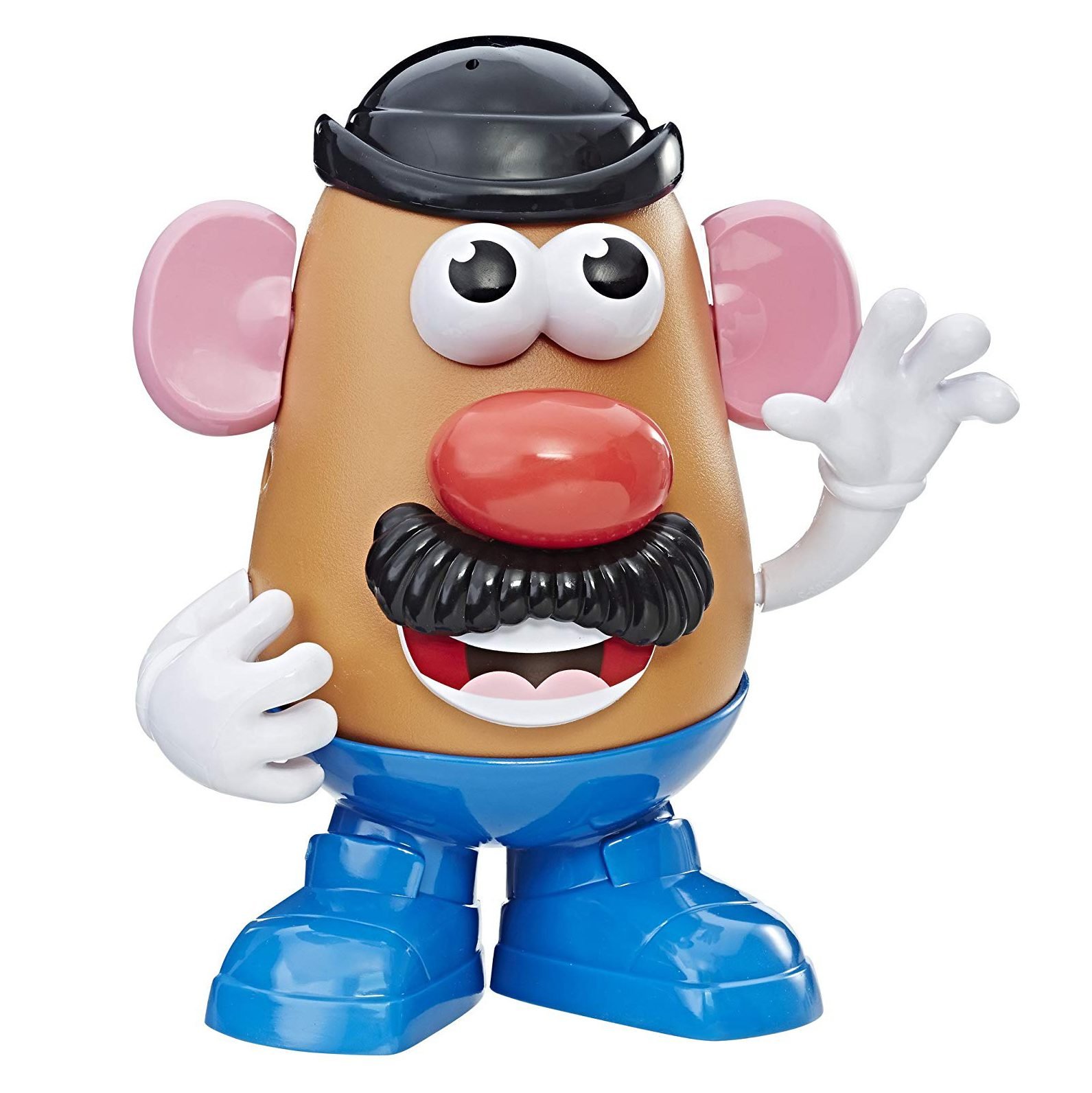 Inventor George Lerner created a set of silly face parts as bonuses for cereal box promotions. Hasbro, Inc. acquired his creation in 1952, with the original package including eyes, a nose, mouth, and ears. There were 28 different plastic facial features in all, as well as a Styrofoam head for kids to practice making wacky expressions. 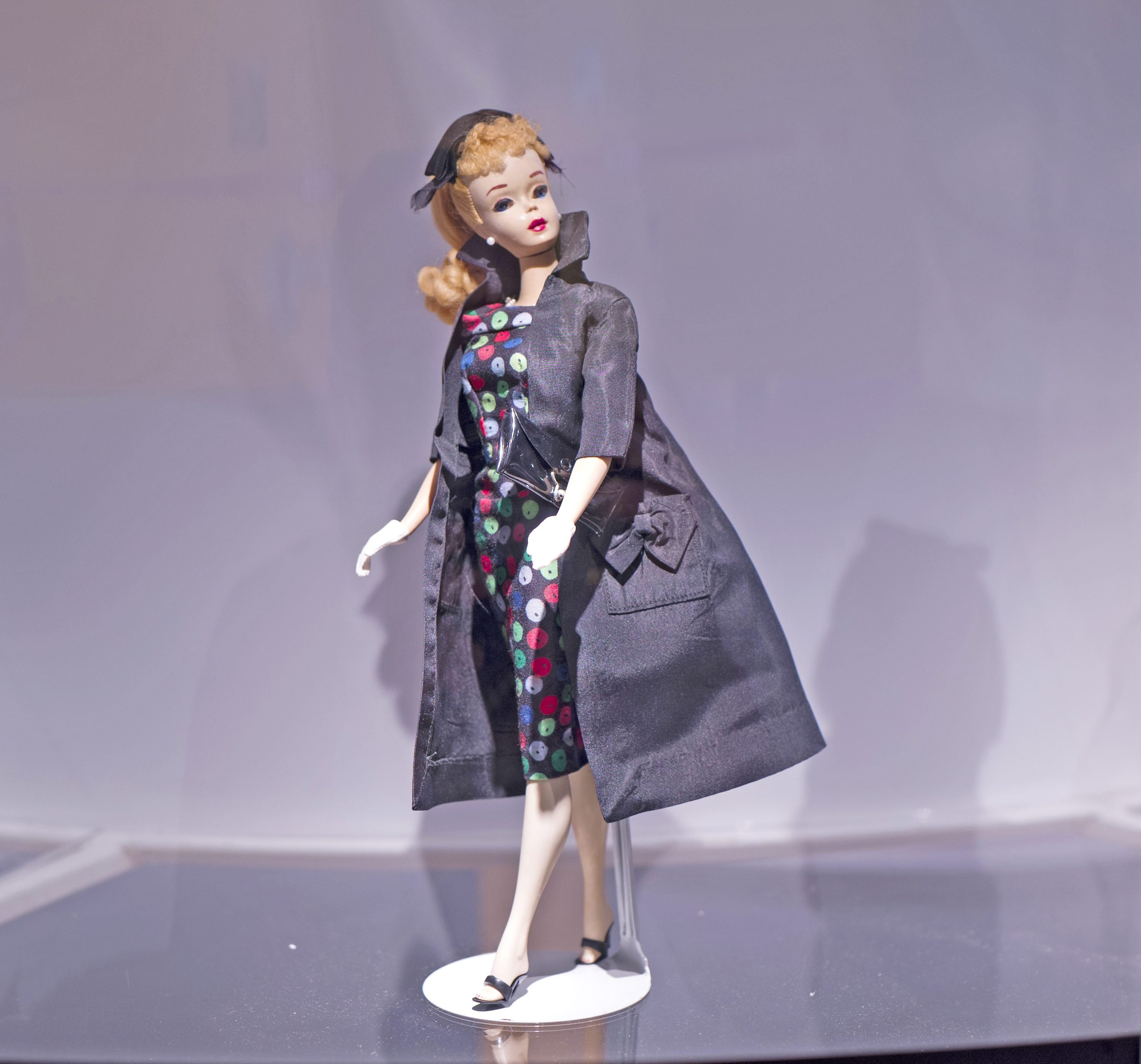 Look up “1959 Barbie” and you might be surprised to find that the original doll is being sold for thousands of dollars! Drawing inspiration from a doll she saw on a trip to Germany, Ruth Handler created Barbara Millicent Roberts in 1959. It might pay to have kept your old Barbie, these vintage Barbie dolls are worth a fortune today. 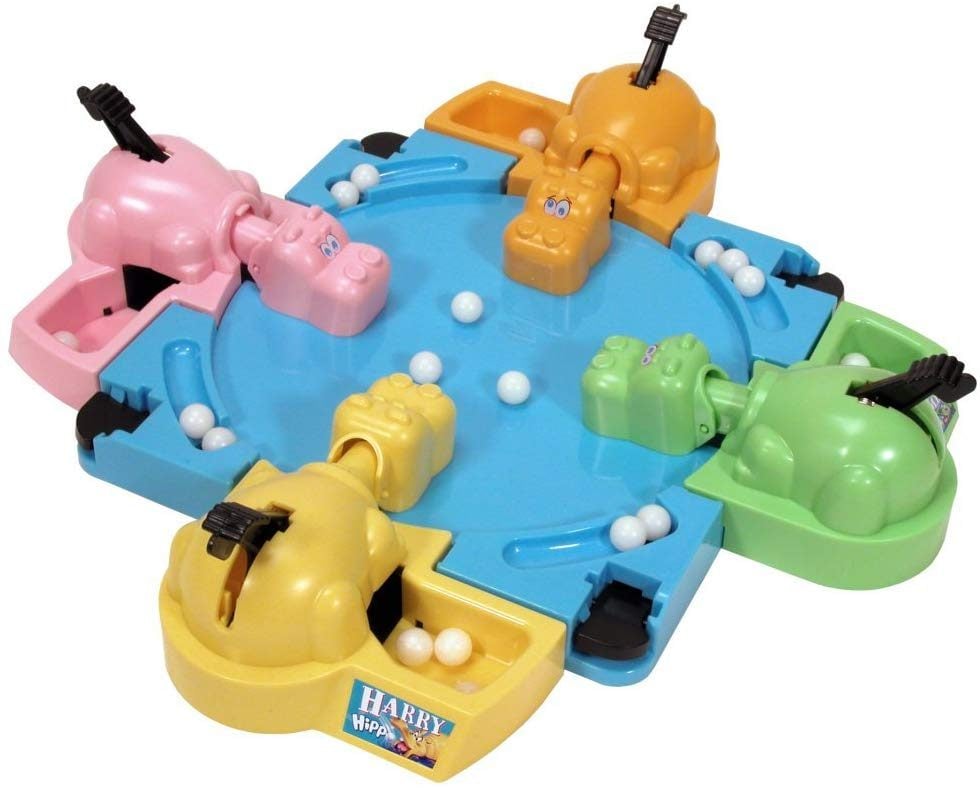 Also referred to as “the frantic marble munching game,” Hungry Hungry Hippos came to be in 1978. The Milton Bradley game was imported stateside from Japan by toy inventor Fred Kroll. Kroll also created the game Trouble. These items in your house could be worth money. 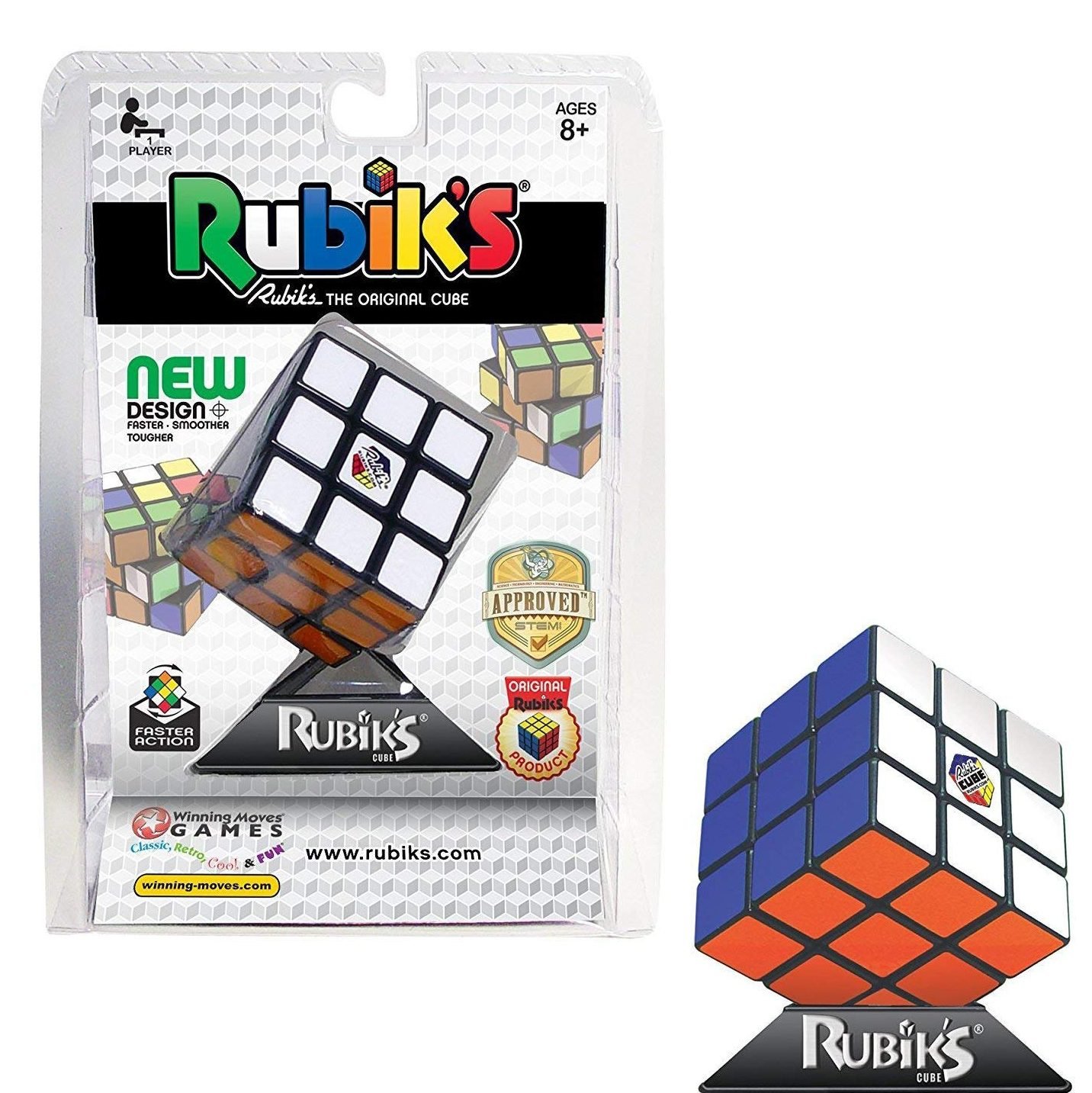 Originally called the Magic Cube, the puzzle was created by Erno Rubik, a professor at Budapest’s Academy of Applied Arts and Design. Rubik often built geometric models, and one of them, a 27-piece cube was marketed in Hungary in 1977. By 1980, it was frustrating millions of Americans. It was licensed to the Ideal Toy Corp in 1980. 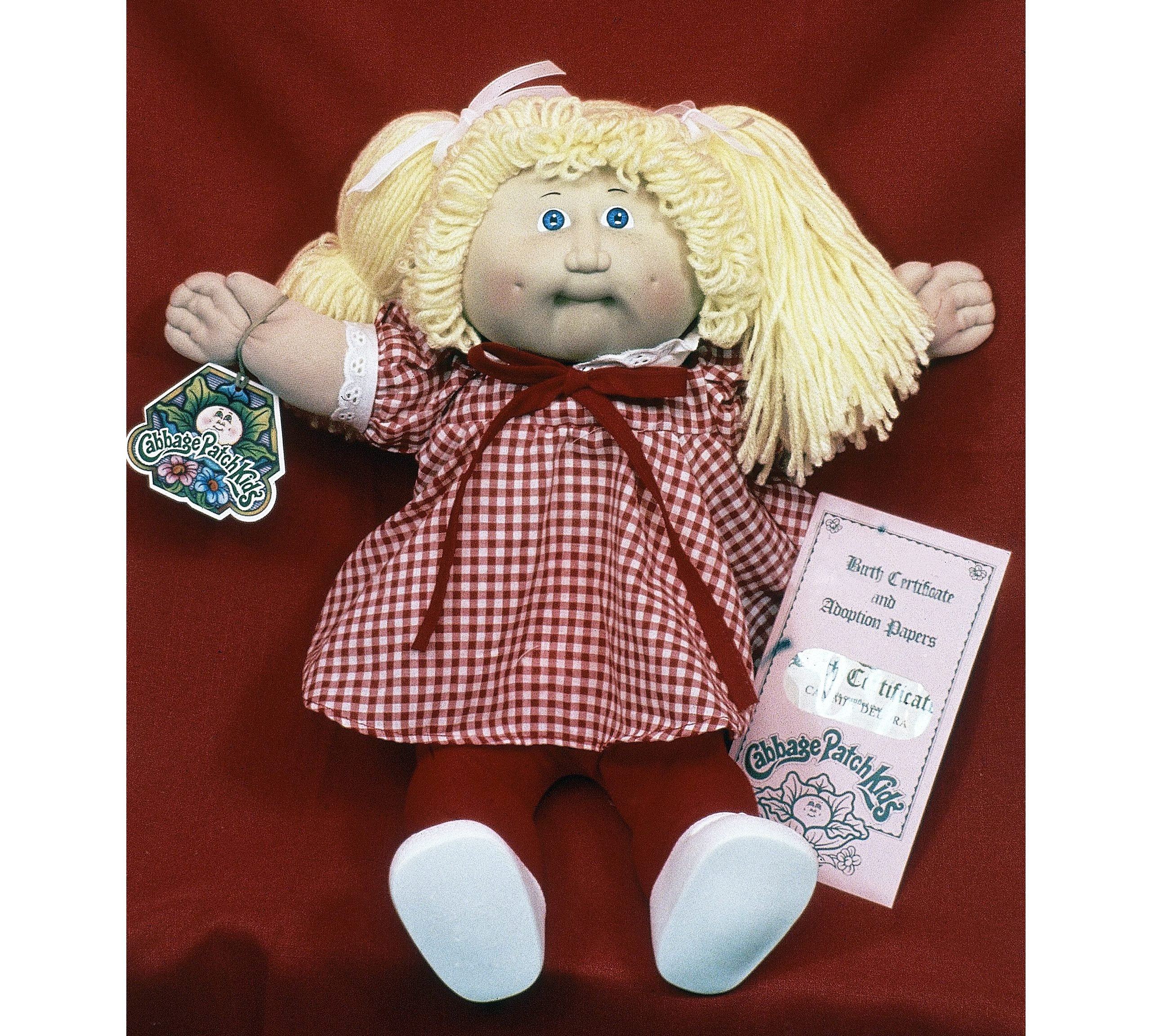 One of America’s longest-running doll lines, the Cabbage Patch Kids are soft sculptured doll-like creatures sold by Xavier Roberts. Roberts came up with the idea as a 21-year-old art student, when he utilized the quilting skills he learned from his mother and the historic technique of “needle molding” to develop his own line of fabric sculptures. The dolls were first manufactured by Coleco, then Hasbro, Mattel and eventually Wicked Cool Toys. 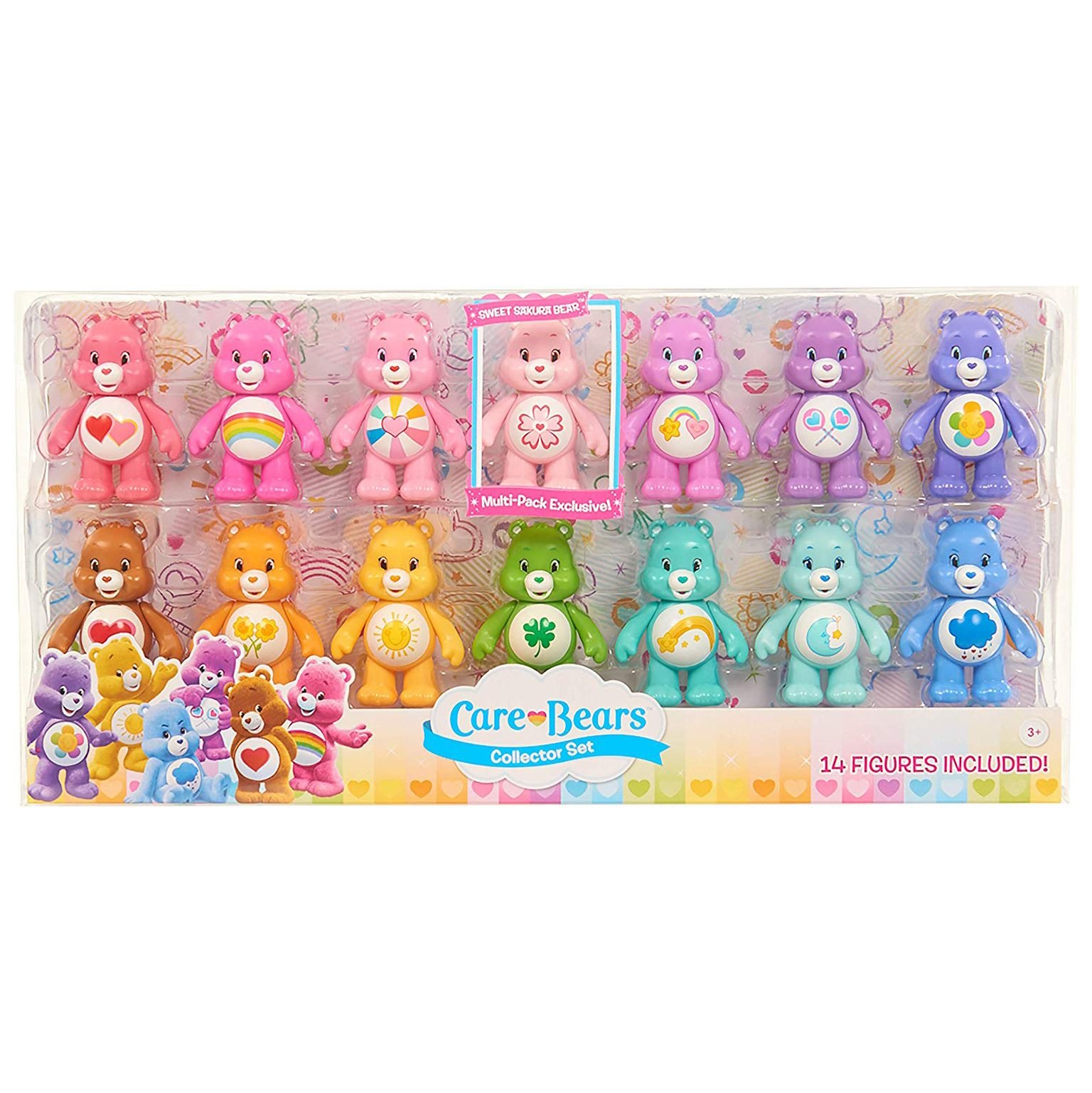 The Care Bears, a fictional group of multi-colored bear characters, were originally created by artist Elena Kucharik in 1981 to be used on American Greetings cards. The characters went on to become a toy fad in 1985, which then inspired TV programs and films. Today, there are 218 Care Bears. Also, check out the most popular book from the year you were born. 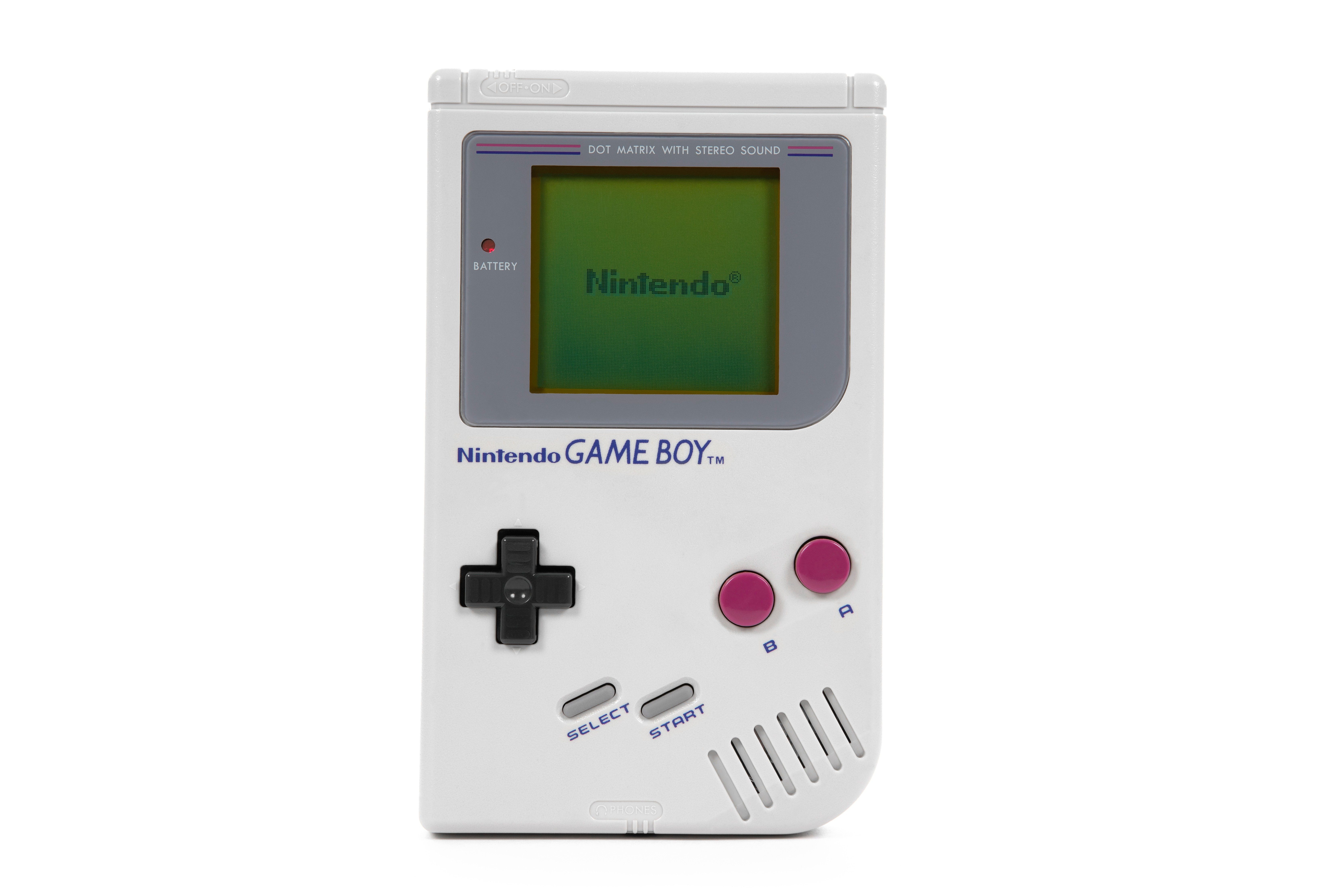 GameBoy revolutionized video games, taking the game from the couch to the streets. The first eight-bit handheld video game system to utilize cartridges, GameBoy was the brainchild of long-time Nintendo employee Gunpei Yokoi. 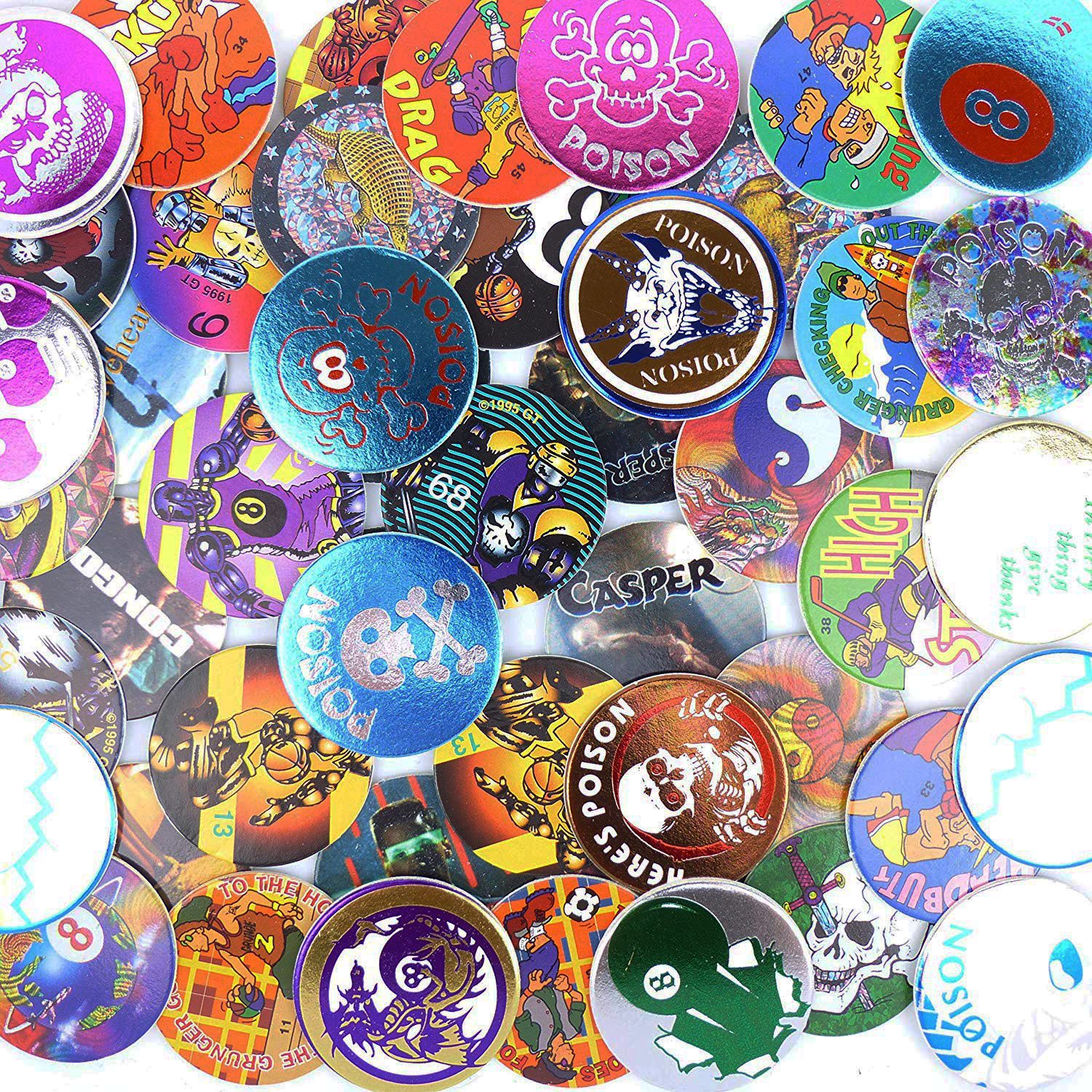 POGs was a milk-cap game originally played for decades during breaks by Hawaiian dairy workers. At that time the game was called Menko. In 1991, teacher Blossom Galbiso reintroduced the game in her classroom in the form of a math game. The game involves players facing off by contributing the same number of cardboard pogs to a large stack, all placed face down. The first player aims, shoots and slaps down that slammer on the stack, with whatever pog flying out and landing face up now belonging to that player. As POGs evolved, “slammers” were introduced, which were thick and made of metal, rubber or plastic. 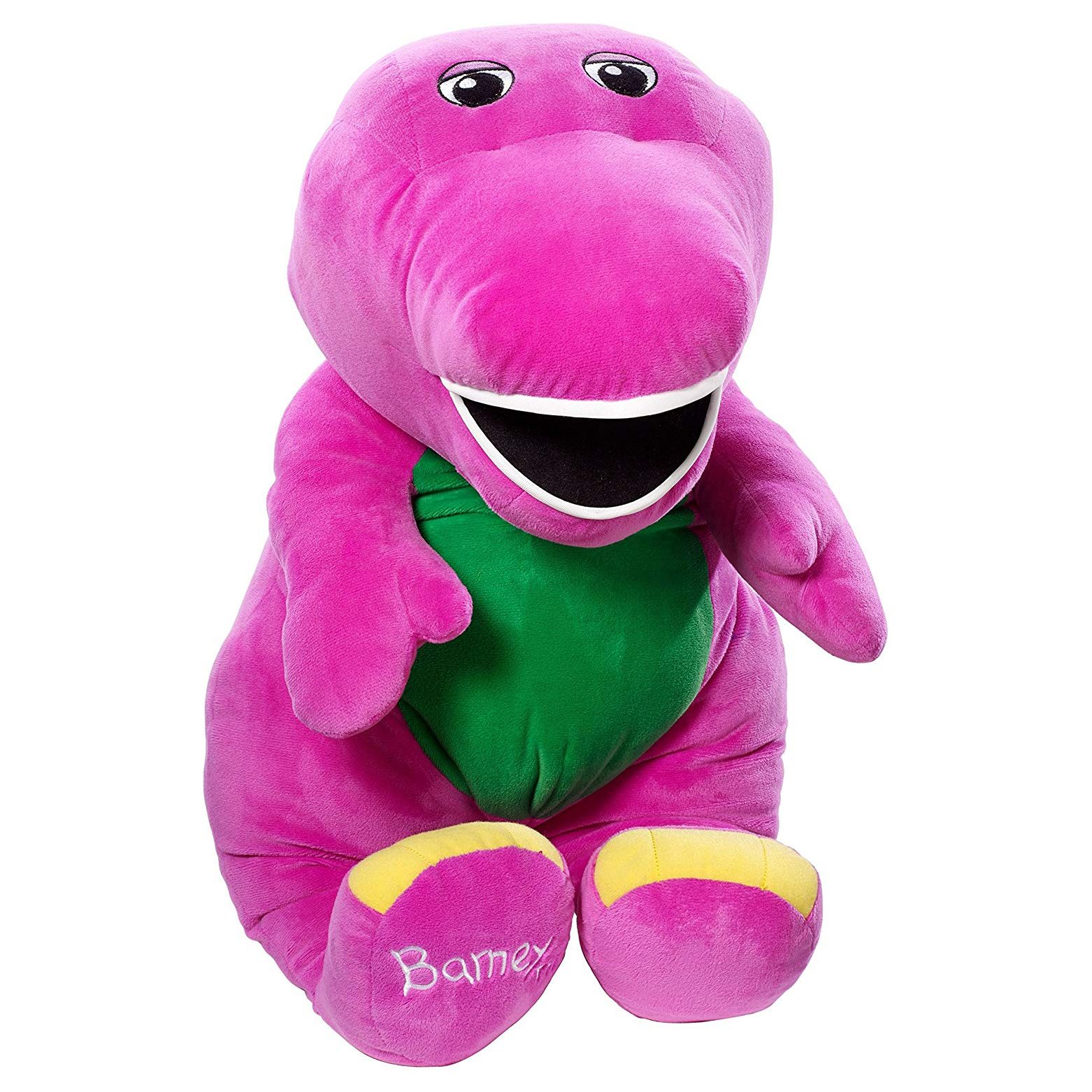 The Barney Talking Doll was created by Greg Hyman and distributed by Playskool. Released in 1993, it became one of the biggest fads during that holiday season. There have been at least four different versions of the doll produced throughout Playskool’s time making Barney toys. These items in your kitchen could be worth money. 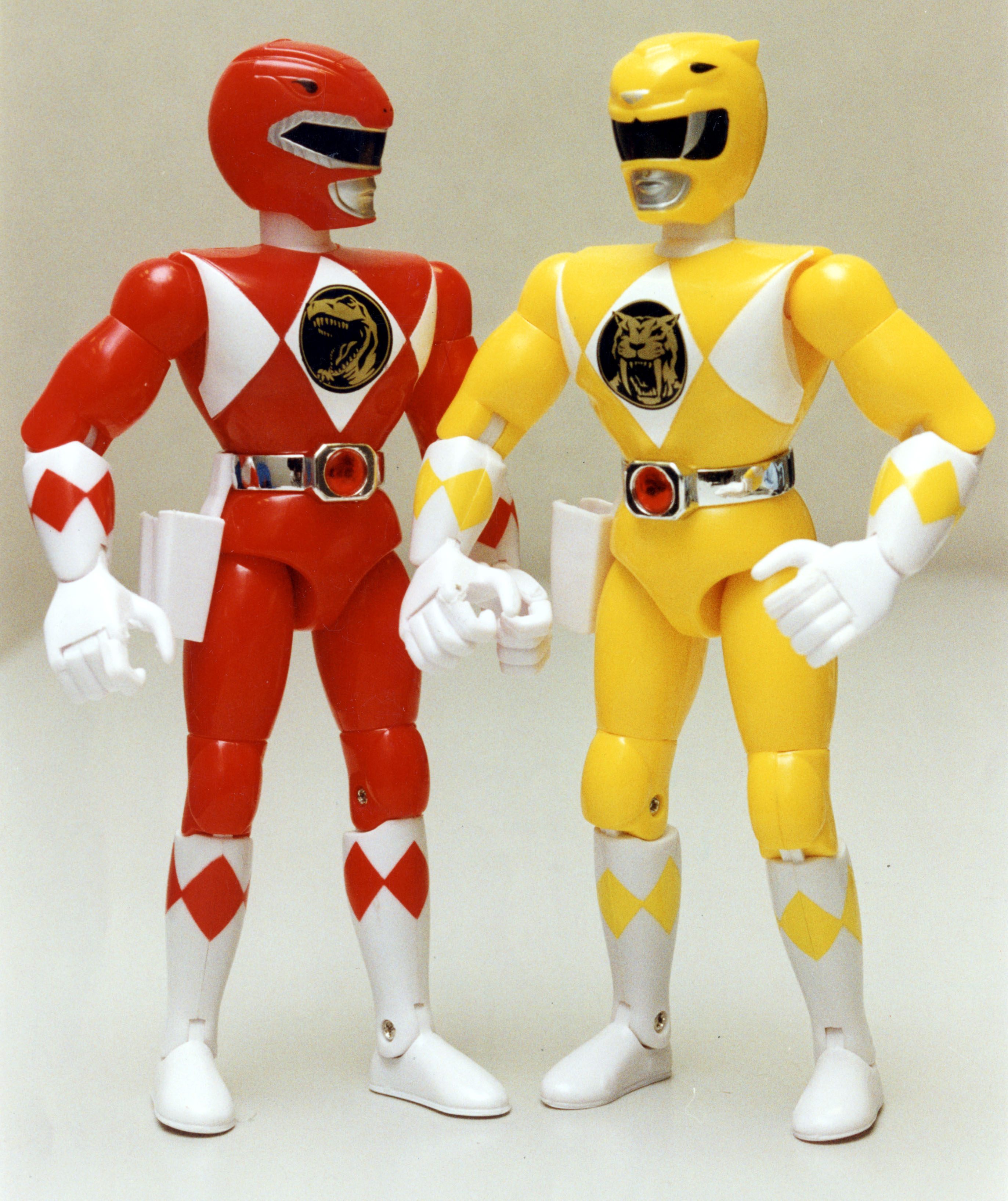 Five diverse teenagers with superpowers flooded TV screens in the early ’90s, creating a major ad that turned into a line of toys featuring the Power Rangers. Along with their giant robotic dinosaurs, called Zords, they fought evil aliens. 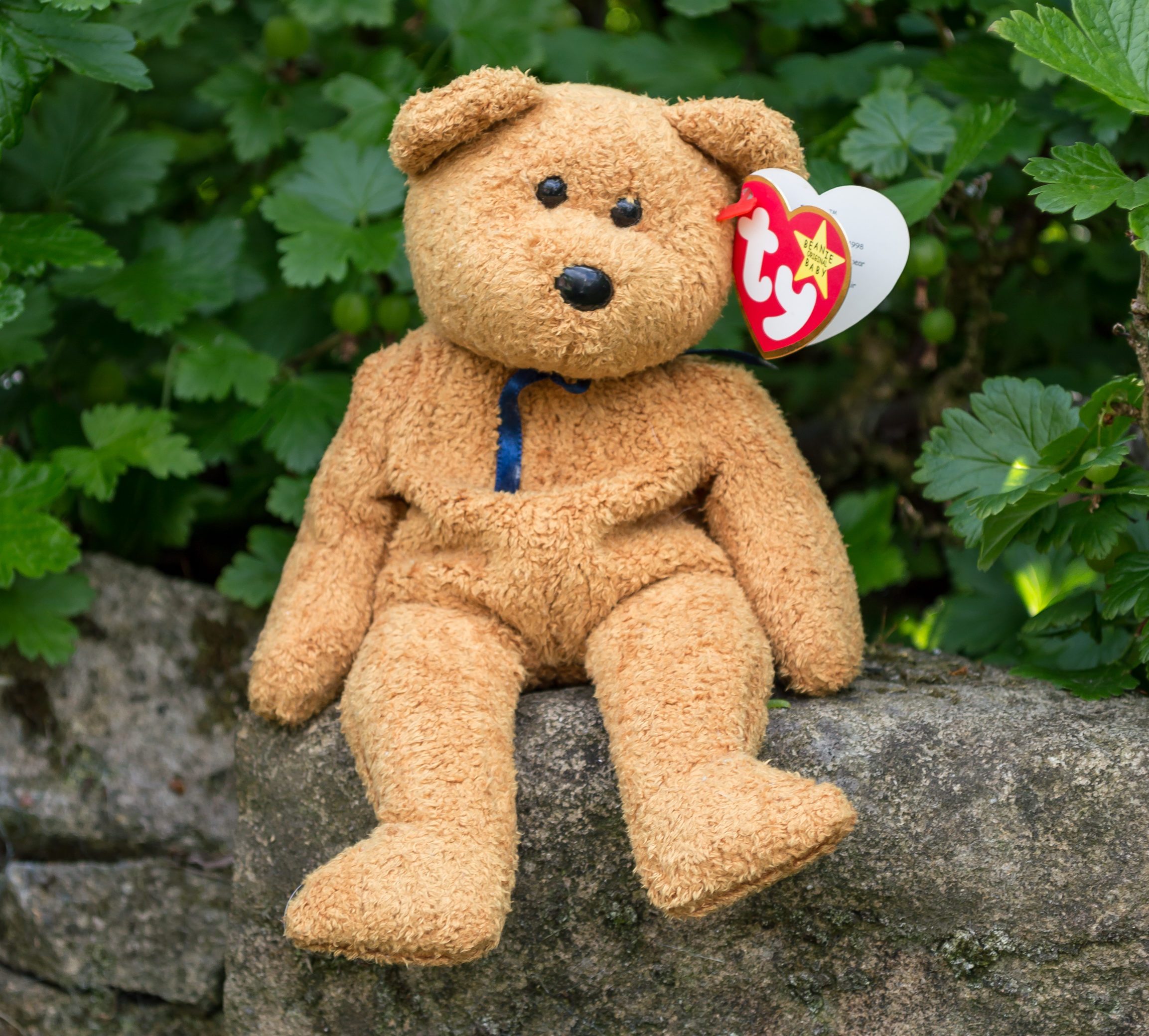 A line of stuffed animal plush toys, Beanie Babies were stuffed with plastic pellets (“beans”) instead of the usual soft-toy stuffing. The idea behind the design was that it looked real because it moved. Beanie Babies are cited as the world’s first Internet sensation in 1995. 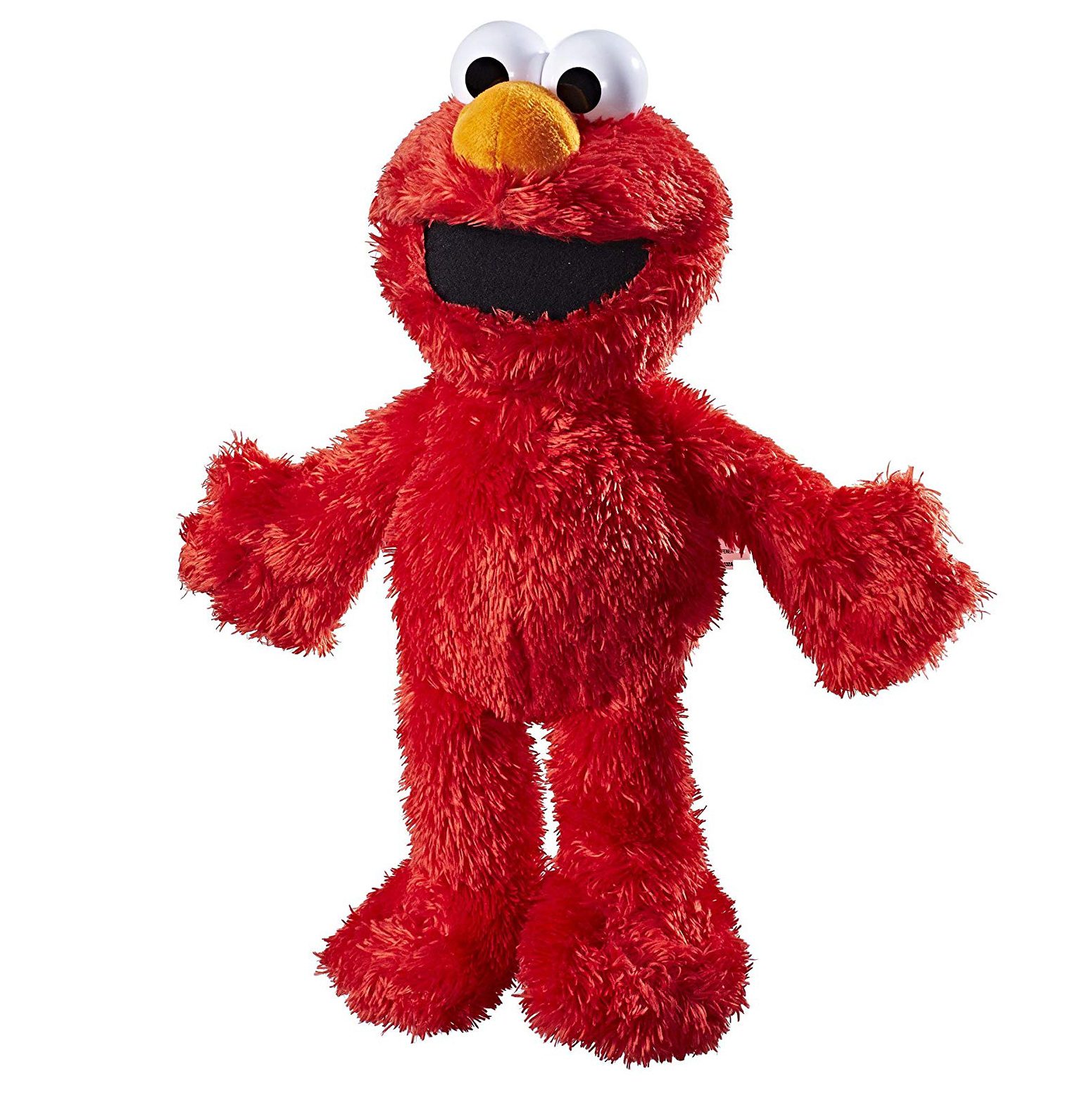 From at least one stampede of parents that left a store employee in the hospital, to two women being arrested in Chicago for fighting over the doll, it’s safe to say 1996 was a big year for Elmo. The doll would chortle when squeezed once, and shake and laugh hysterically when squeezed three times in a row. 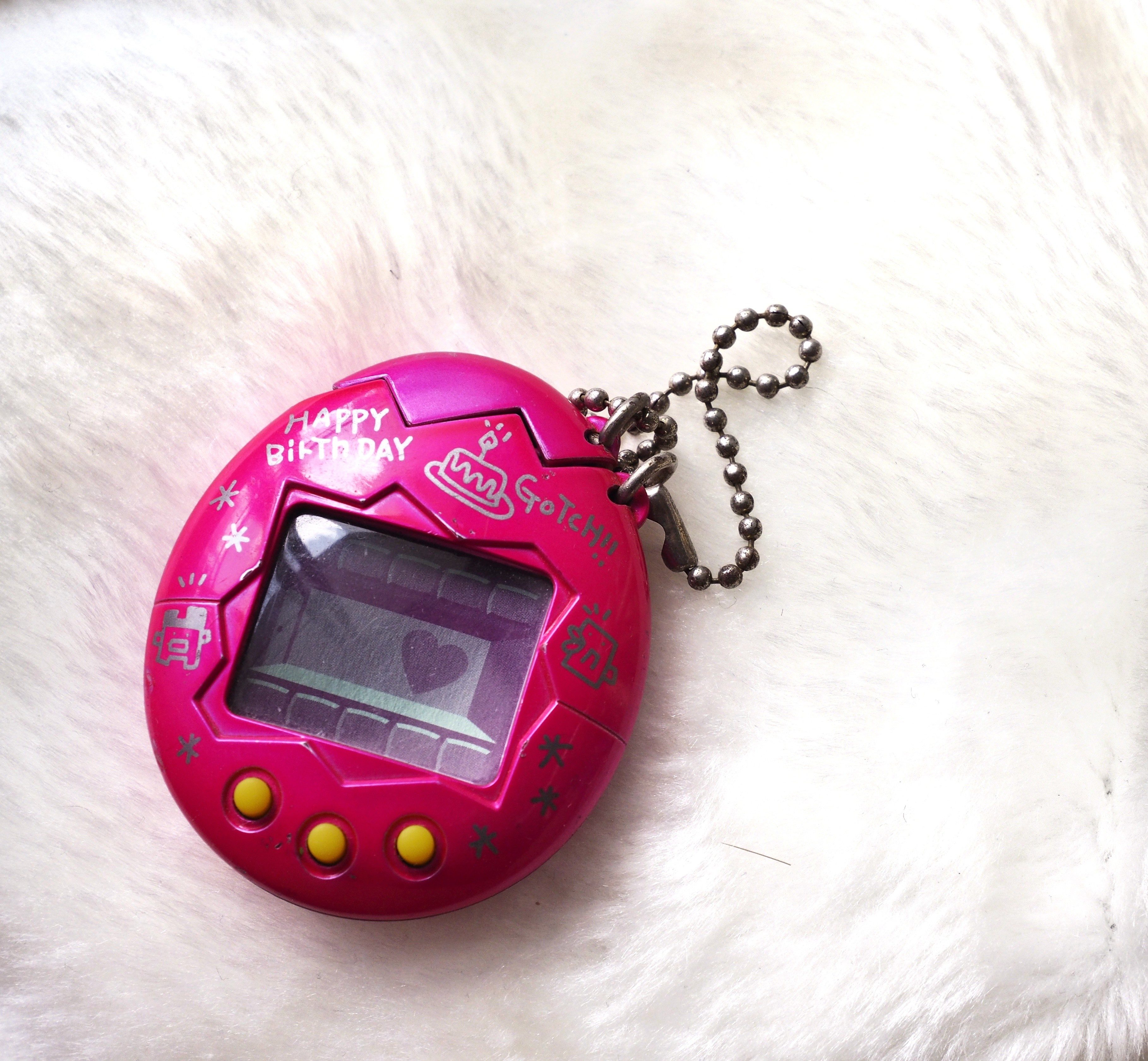 This egg-shaped computer offered kids a fun way to “parent” a digital pet. The toy even required feeding and poo-cleaning. There have been 70 million Tamagotchis sold to date. 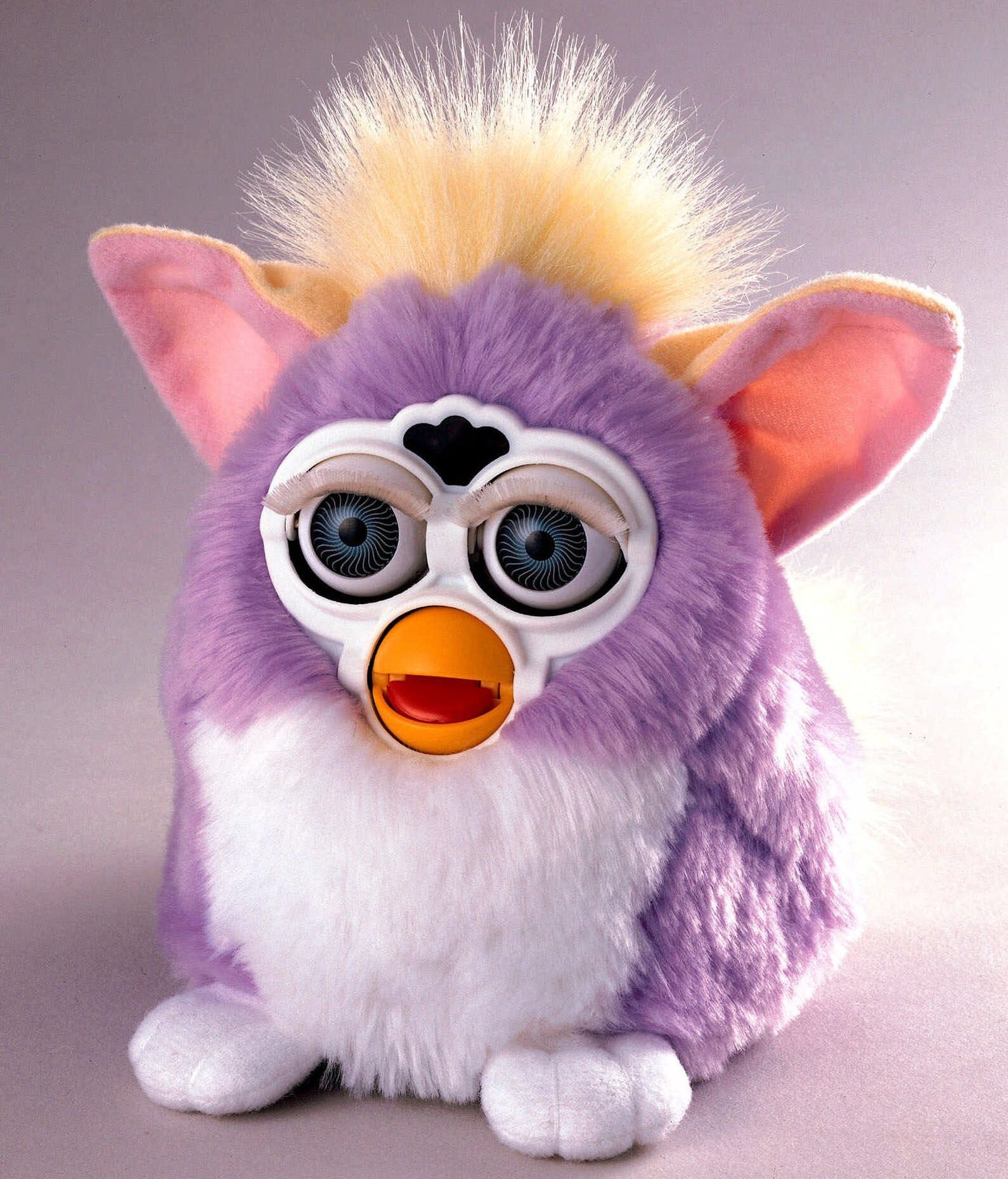 The Furby—a furry robot that could talk and blink its eyes—became a major fad in 1998. Originally retailing for $35, the toy skyrocketed to $100 thanks to the craze. More than 40 million Furbies were sold during the three years of its original production, and 1.8 million alone were sold in 1998. Speaking of toy classics, everyone should own these classic board games. 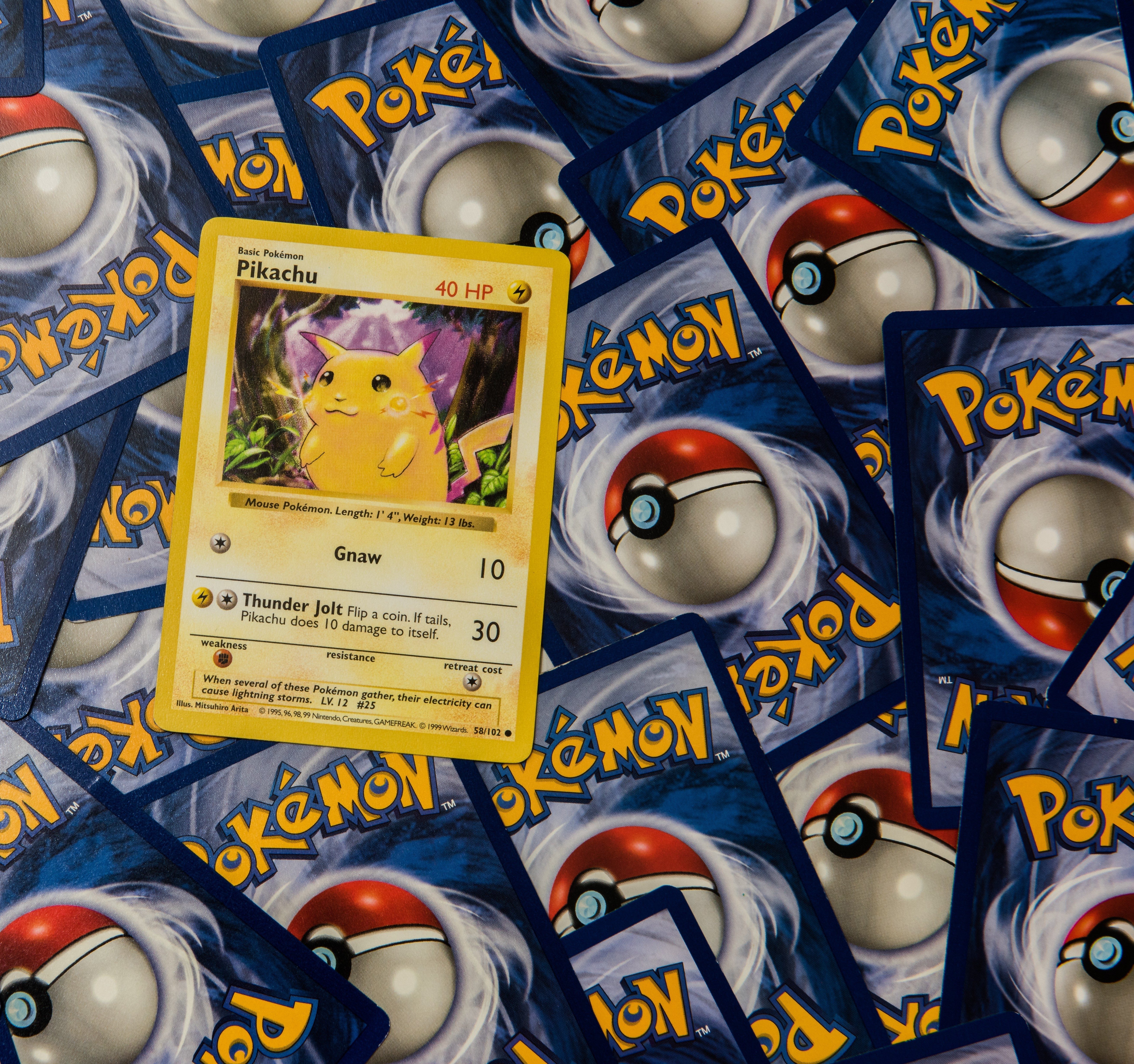 The Pokémon Trading Card Game was first published in 1996 by Media Factory, but other card series came to light following, and by 1999 the cards were a huge hit. The most expensive single Pokémon card is the Pokémon Illustrator card. Only 39 were ever made, and at one point the card was available on eBay for $100,000. 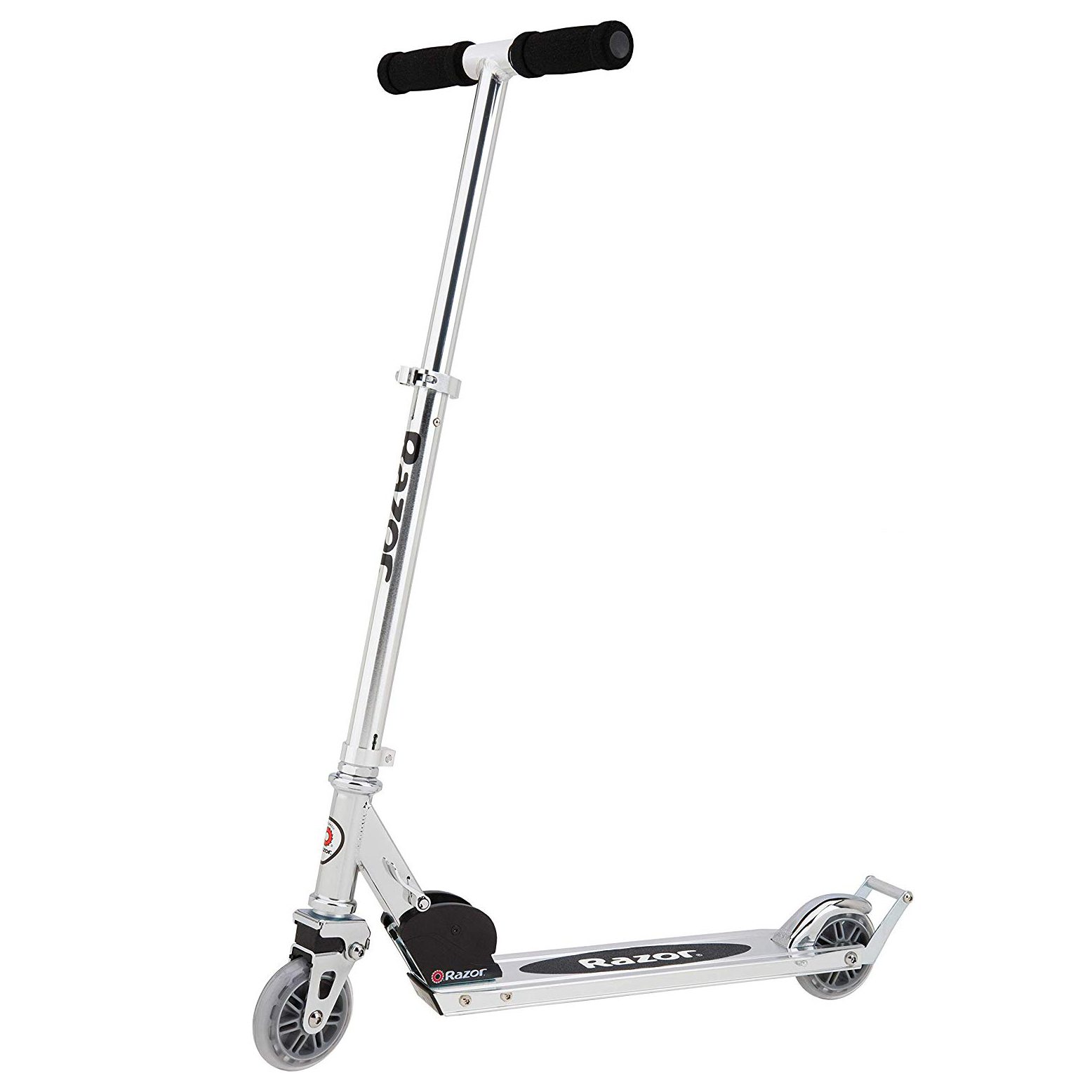 Over 5 million of the first Razor scooter were sold in the six months following its launch in 2000. Dan Green made the scooter even more popular in its first year by landing the first backflip ever on it. The following year, the Razor was named Toy of the Year. These free items used to cost money. 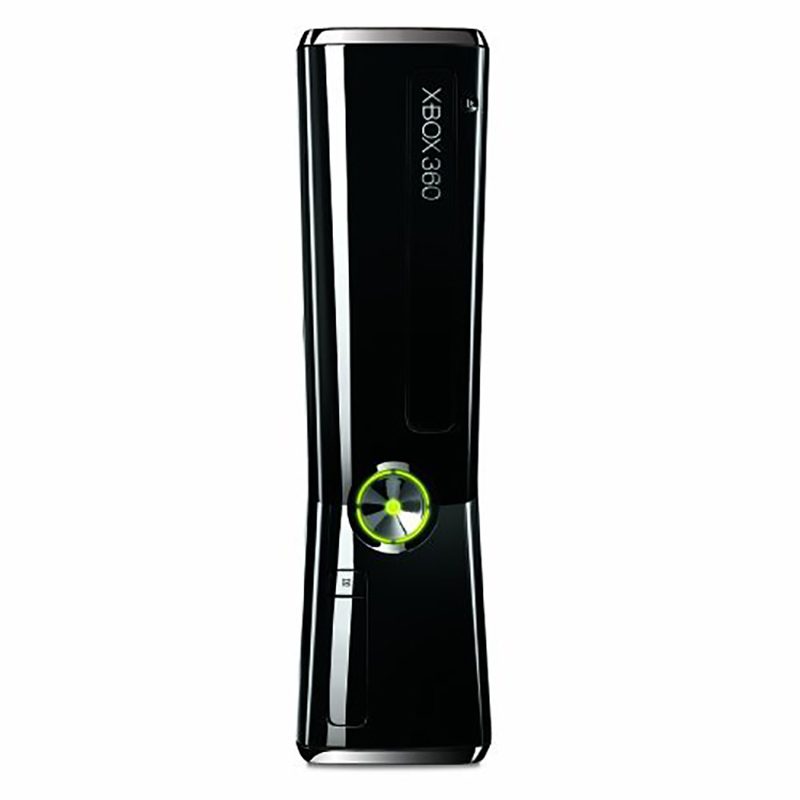 Microsoft’s Xbox 360 may have beat Sony to the punch, but the brand caused major controversy over its supply shortage. Production of the console took place just 69 days prior to its launch. Smart shoppers made use of Microsoft’s mistake, with 40,000 units ending up on eBay within a week! 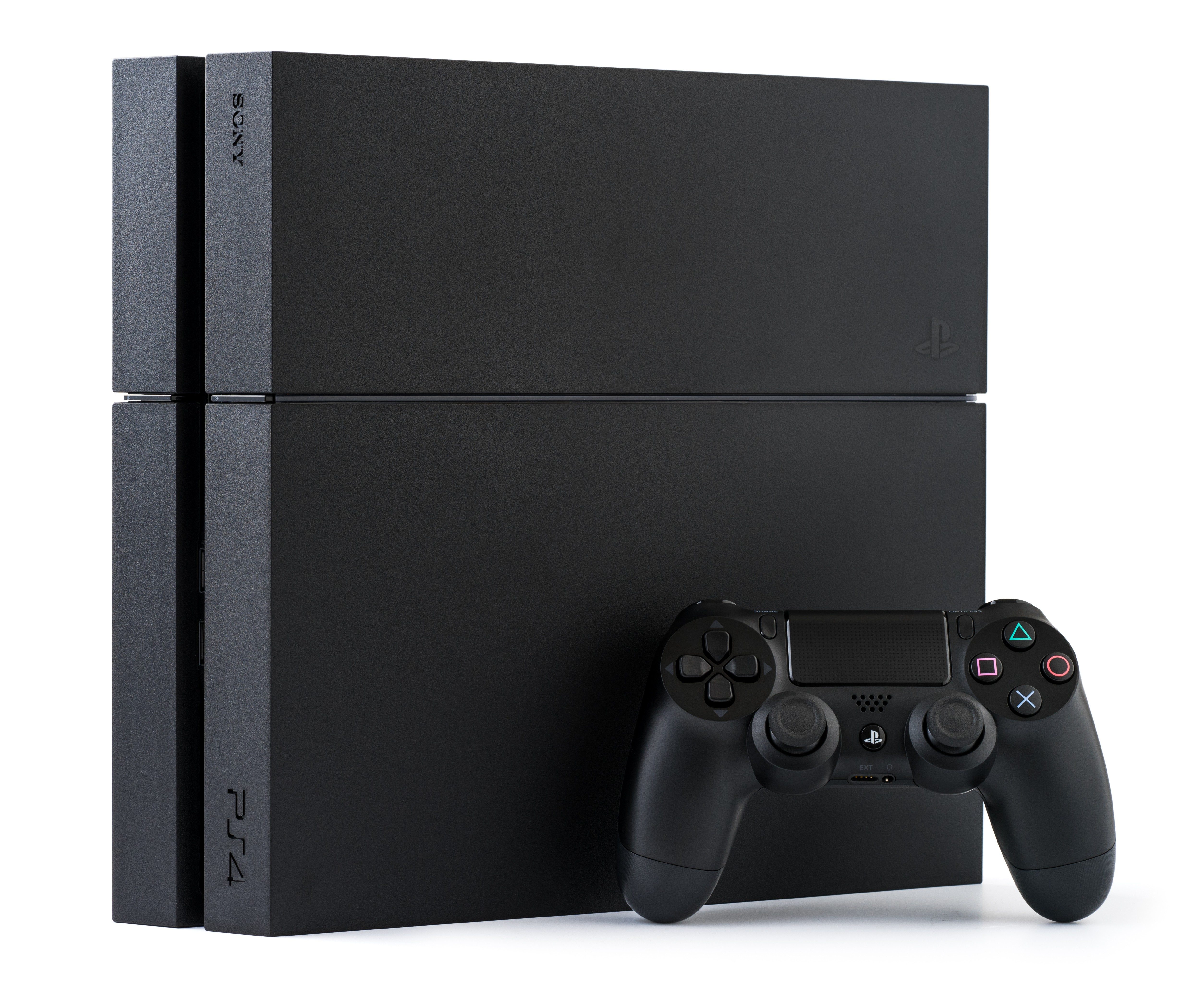 Sony’s response to Microsoft’s Xbox 360 had people camping out for days to buy one in person. It was the first console to use Blu-ray Disc as its primary storage medium, and the first PlayStation to integrate social gaming services. If any of these items are in your attic, you’re sitting on a gold mine. 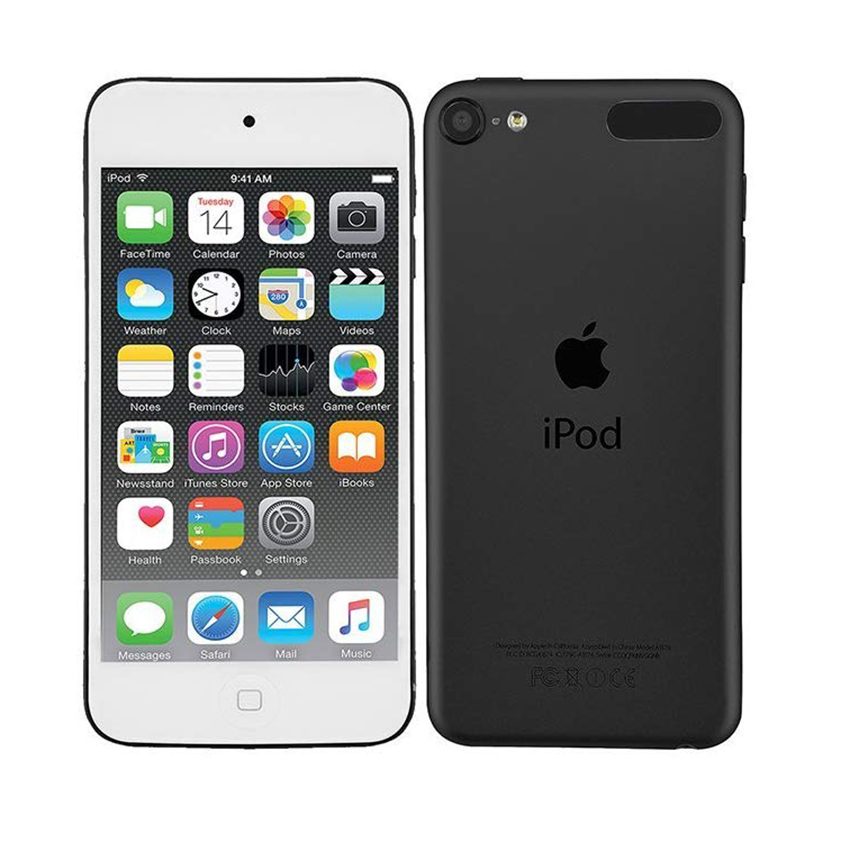 Apple’s iPod Touch was the first touchscreen and web-enabled iPod, and it cost a fraction of the price of an iPhone. It made a splash for being the first iPod that was more like the iPhone than the iPod NJano or iPod Video. 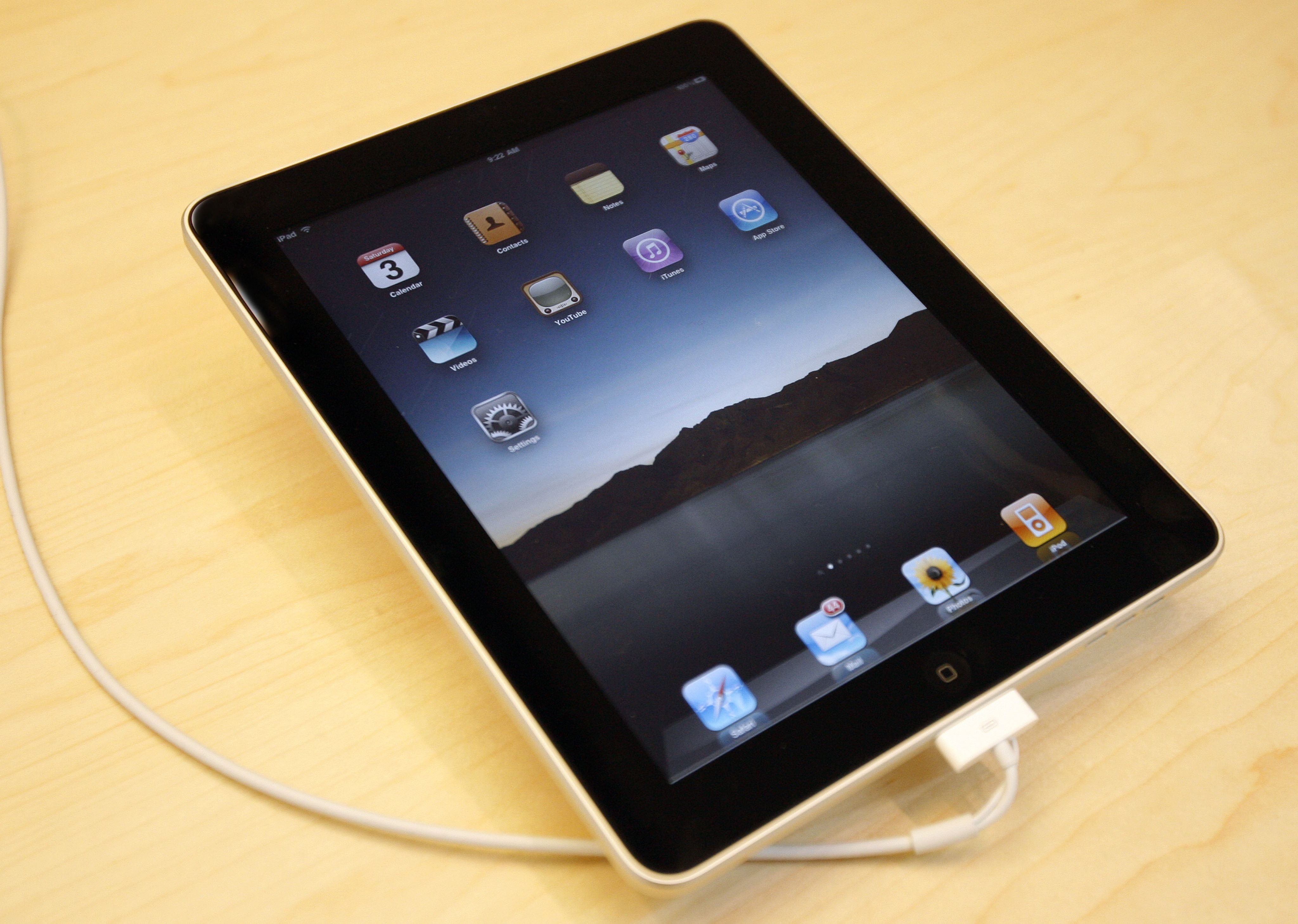 Apple paved the way for tablets back in 2010. The device was a game-changer for those looking for on-the-go tech features. You could seamlessly switch between movies, music, web surfing and more. The first-generation iPad was unveiled by Apple CEO Steve Jobs, and the fad only took off from there, with Apple selling 300,000 iPads in day one. In a month, this had increased to a million. Here’s what famous products cost when the first came out, you’ll be surprised how much a Mac went for. 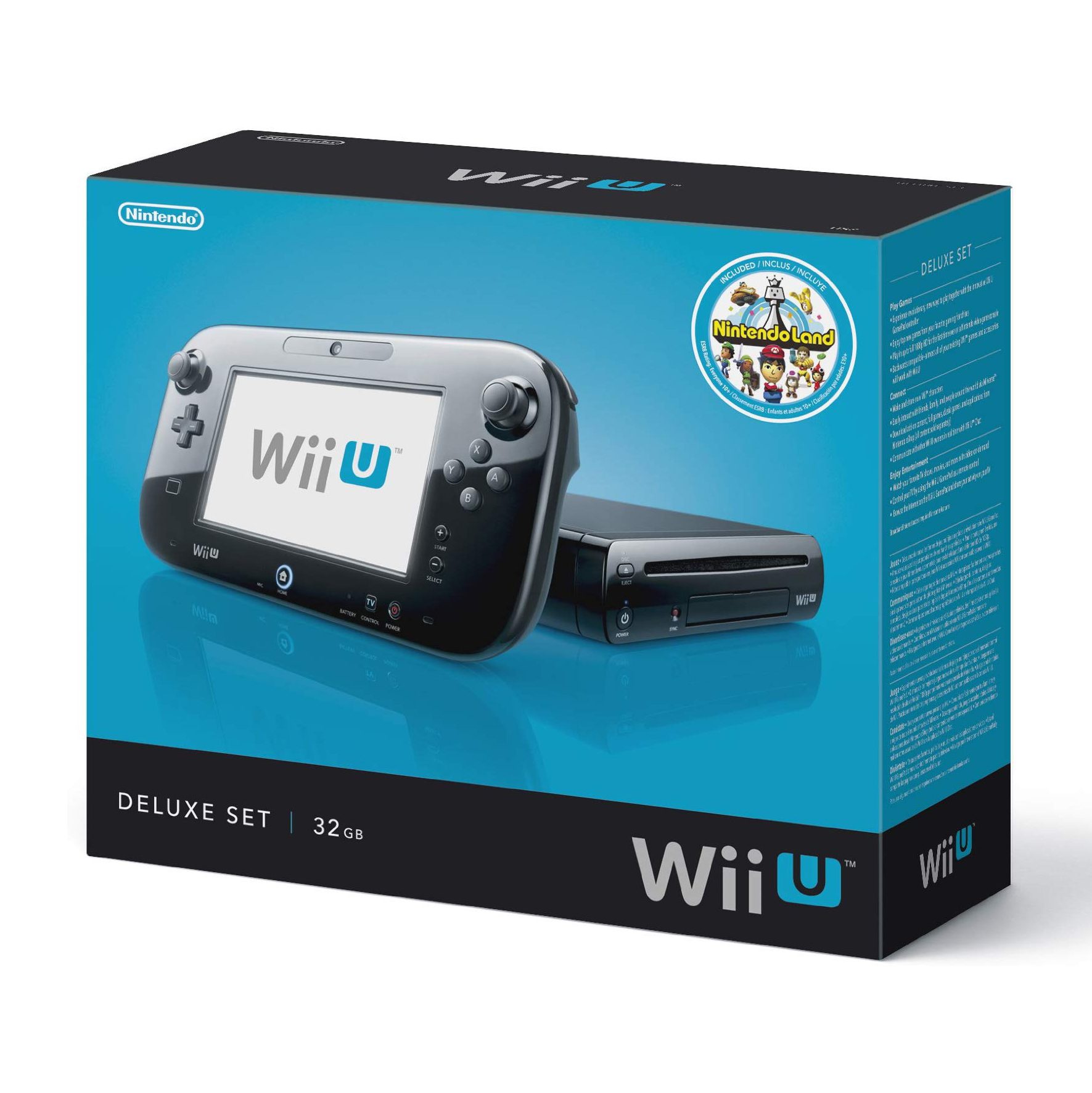 The first “eighth-generation” video game console made history as the first Nintendo device to offer HD graphics. The predecessor to Wii, Wii U featured a primary controller called the Wii U GamePad, which had an embedded touchscreen, and combined directional buttons, analog sticks, and action buttons. 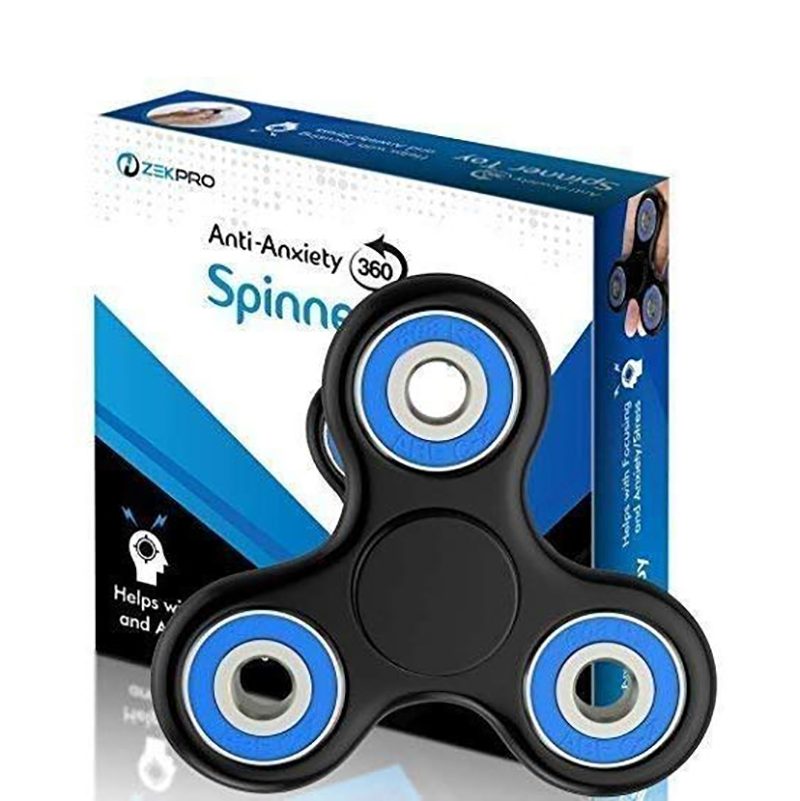 In 1993, Catherine Hettinger came up with the concept of fidget spinners as a way to stop Palestinian kids from throwing rocks at police. Unfortunately for her, her patent expired in 2005. And while they’ve now been available for two decades, the product became a major fad in 2017. Hettinger attempted to sell the design to several large toy companies, but because of her expired patent, other companies were able to sell their own versions. Today they are marketed as gadgets that can help with ADHD, autism, anxiety, stress and as a general distraction for people of all ages. Now, take a look at these non-toy things your kids will love, too.