9 Craziest Things Plane Passengers Have Done to Cheat the System

The most outrageous, hilarious, and true stories of people who tried to bend the rules when flying the friendly skies. (Spoiler alert: It didn't always go well.) 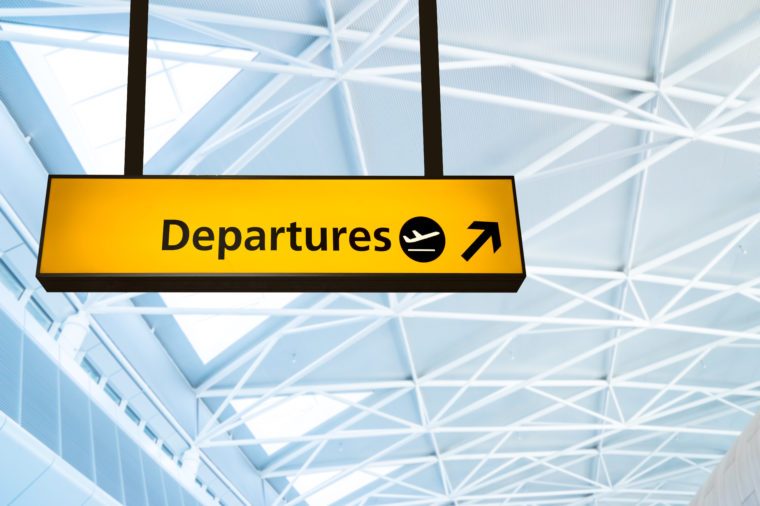 These days, there are so many hidden costs when booking a flight, you never know what the final price will amount to. That’s why some crafty travelers are doing anything and everything they can to get out of paying a single cent more. Other times, the rules just seem unfair, so people try to bend them just a little bit (or, um, a lot). Here are some of the wildest things that real passengers have actually done to cheat the system—sometimes successfully, sometimes not. Folks, don’t try this at home. Instead, use these 16 travel secrets to always get the best airfare possible. 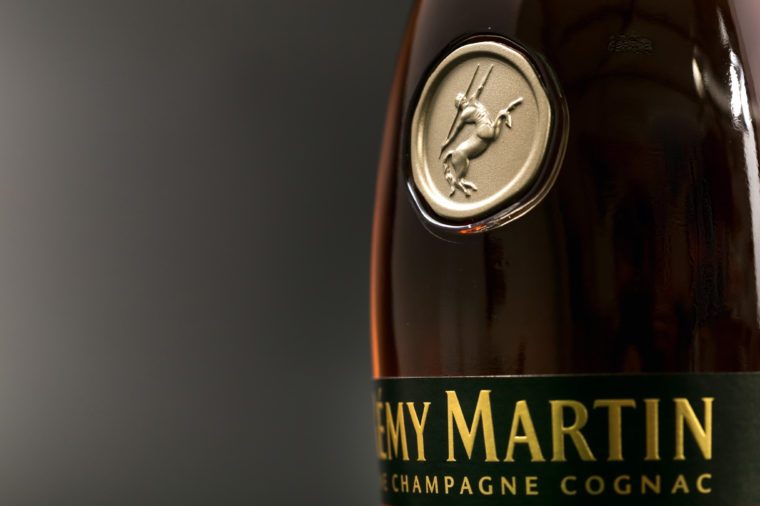 The one who chugged Cognac

Sometimes, airports can be tricky to navigate, and surprise security checkpoints can put a wrench in plans. That was the case for one woman who was flying through Beijing Capital International Airport and purchased a pricey bottle of booze. When she wasn’t allowed to bring her $189 purchase of Remy Martin XO Excellence on her flight to Wenzhou, she had two choices: Leave it…or chug it. Against better judgment, she downed every last ounce. Sure enough, she got so intoxicated that she wasn’t allowed to board the plane. So, what can you take on your flight? Here are 7 surprising foods and drinks you can bring on a plane—and 6 you can’t. 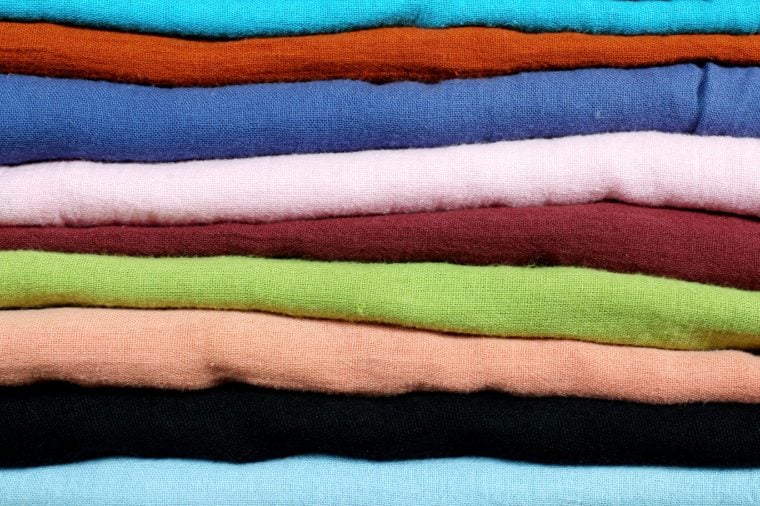 The one who wore double-digit layers

We’re not sure how it happens, but no matter how easily everything once fit into our bags when we packed them at home, somehow everything has doubled by the time we return from a trip. That’s what happened to one man who was coming back from a vacay in Iceland and realized his bag was going to be way over the weight limit. To avoid paying the cost, he put on ten shirts and eight pairs of pants and attempted to go through security. Unfortunately for his wallet, he was denied a boarding pass and turned away, leaving him to front the fee. In addition to ten-plus layers, you shouldn’t wear these things on a plane, according to flight attendants. 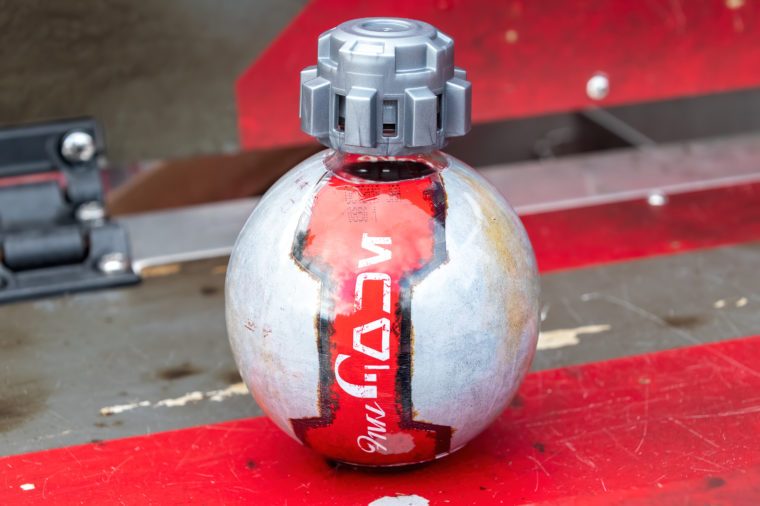 The one who got creative

Remember when Samsung phones were exploding? Or when carry-on bags with mobile chargers were banned, leaving passengers to rip out the built-ins? It’s hard to keep up with changing rules and regulations, but some travelers find creative workarounds. Recently, the TSA decided they wouldn’t allow collectible water bottles from Star Wars Galaxy’s Edge. Why? They kinda, sorta look like grenades, and “replica explosives” are a no-go through security. However, one dude (Marvel Comics editor-in-chief C.B. Cebulski, actually) decided to separate from the lid from the bottle and let the agent know what it was before it went through the scanner. He was able to make it through security—and beyond—fully hydrated. By the way, these are the things most likely to get you flagged by the TSA. 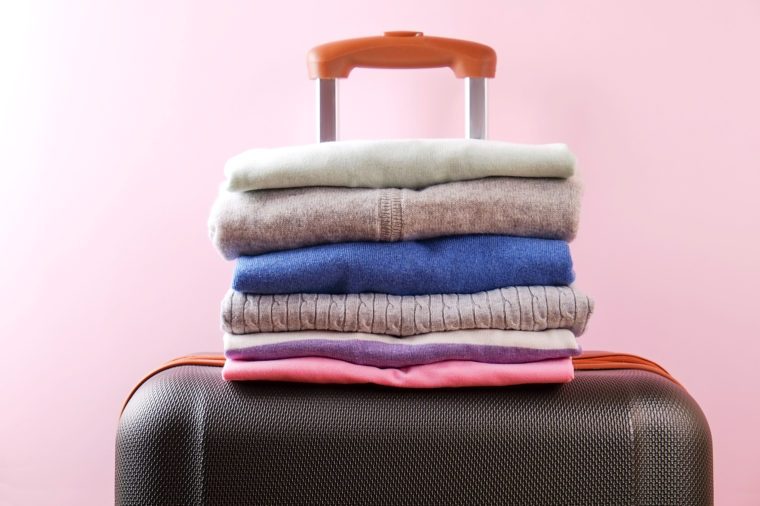 The one who donned nine pounds of clothing

Flying is becoming more accessible these days, which is great. However, fees are doubling and tripling, which is not so great, to say the least. That’s certainly the case with heavy baggage, which (just like it does in a relationship) can really weigh down a jet-setting budget. When one woman realized she would have to fork over a cool $85 because her luggage was past the limit, she decided to take matters into her own hands—or, more accurately, all over her body. In fact, she wore nine whole pounds of clothing so she could board her flight without paying a penny more. We just wonder how she was able to sit comfortably and buckle! Next time, she might want to choose one of these carry-on bags with 5-star reviews on Amazon and learn to pack light. 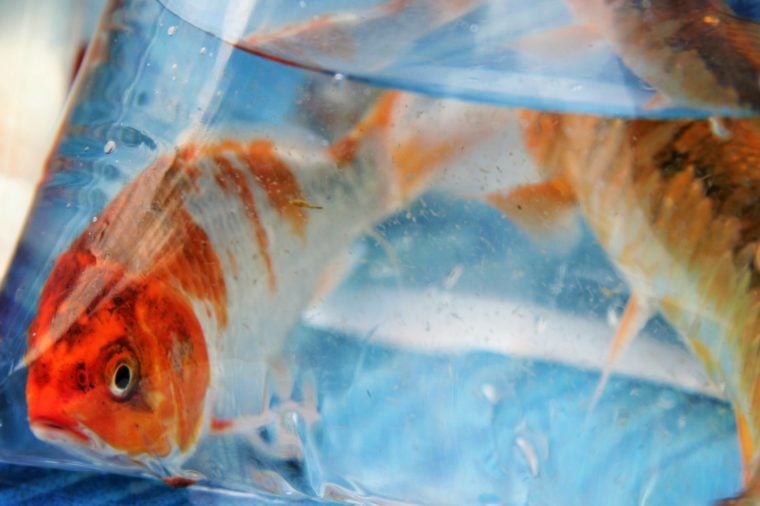 The one who had a fishy story

Sometimes we have to applaud savvy travelers who don’t want to be swindled for unnecessary costs. Other times, we have to scratch our heads at the strange items that jet-setters attempt to stow away on flights. Case in point: the person who tried to transport eels and so much more—163 tropical fish and 22 invertebrates—from Miami to Maracaibo, Venezuela. Obviously, this was discovered via a security check, and the authorities got involved. Another passenger decided it would be easy-peasy to sneak a snakelet (that’s a baby snake) inside of an external hard drive in a carry-on bag. That person, thankfully, was caught, too. As a reminder: Flying with exotic animals is almost always banned. Here are 10 more things you should know before you adopt an exotic pet. 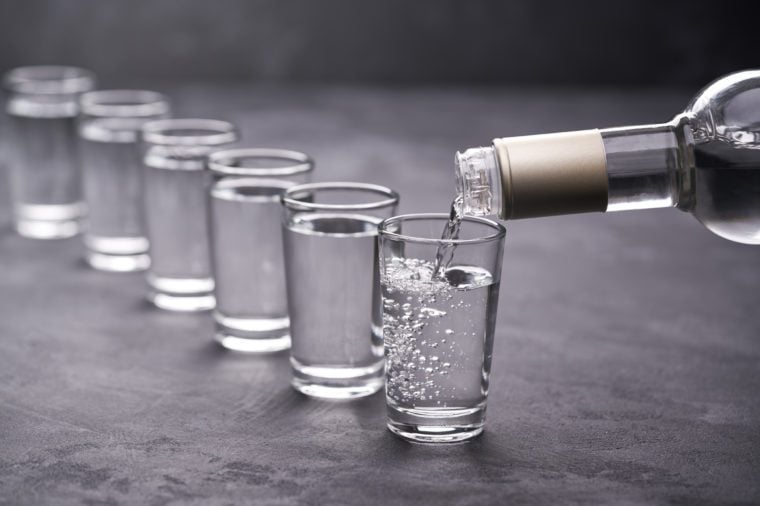 The one who tried to get everyone else drunk

When we think of having a jolly ol’ time, it’s likely not in the security line at the airport. Full of overeager business travelers, chatty bachelorette parties, anxious grandparents, and exhausted families, that line is usually a mix of many personalities and moods, all with the same mission in mind: Get through ASAP. So if someone offered you a shot of something strong to make the experience a little more pleasant, would you take it? That’s what one traveler tried to do while at the Dulles International Airport in Washington, D.C. Airport security wouldn’t let her take her vodka with her, so she offered it to everyone around her—including a few TSA agents. Bold? Belligerent? Probably a little of both. 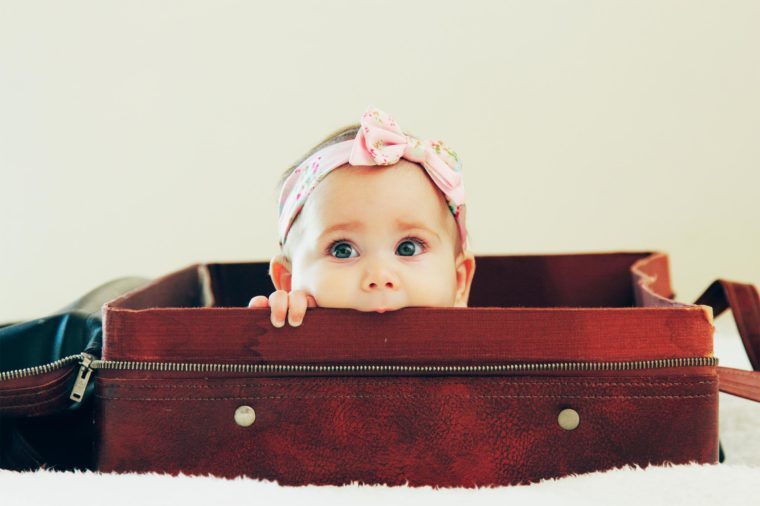 The one who hid a baby

Adoption is rarely easy, but there’s a right way to do things—and a very wrong way. Of course, this story is about the latter. What happened? A French national smuggled a baby girl, whom she was trying to adopt, into her carry-on while taking an Air France flight going from Istanbul to Paris. Allegedly, the pair had gotten through customs, only to be prevented from boarding due to paperwork problems. So the woman bought a new ticket, tucked the baby in the bag, and hopped on the flight. The craziest part of the story is that she made it through check-in, security, boarding, and a good portion of the flight before she was found out. In fact, it wasn’t until fellow passengers noticed that something was moving in the bag, 3.5 hours into the journey, that the ruse was discovered. 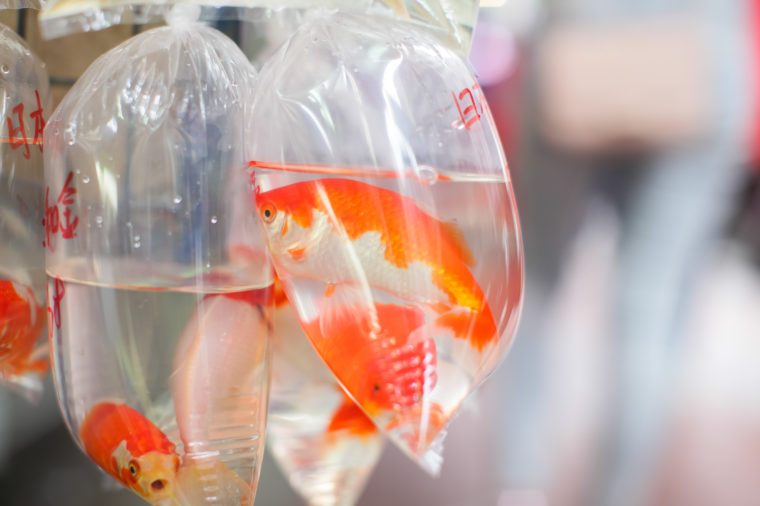 The one who showed off her seaside best

What’s up with fish and flights? We’re not sure, but apparently it’s a popular mode of transportation for sea creatures. In one of the most innovative creations we’ve heard of, a woman made an apron that fit 15 plastic bags filled with water…and tropical fish. It wasn’t her fashion statement that turned heads, but rather, the terrified fish who were flipping about. Security couldn’t figure out the noise, so they investigated, eventually uncovering the scaredy-fins and charging the sea kidnapper for smuggling wildlife. 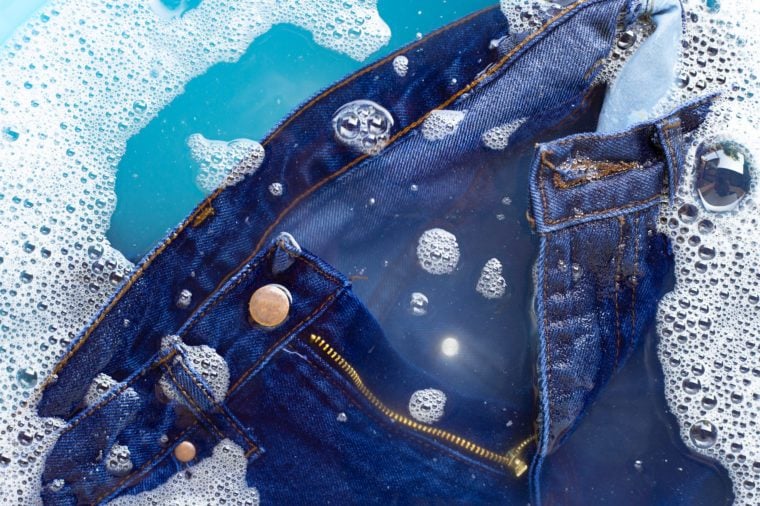 The one who wore wet pants

During beach vacations, it’s always a major pain when your swimsuit is wet and makes everything else in your bag moist. Yuck. But what’s worse is when drenched clothing adds extra weight to your bag. Of course, this gives airlines an opportunity to ask for more of your hard-earned moolah. To avoid this, one woman decided to layer her clothes and wear a wet pair of pants to get out of the fee. Though it might not have been comfortable, it was effective. By the way, airlines do have a dress code—and here’s how you can use it to get an upgrade.