15 Crimes That Will Never Ever Get Solved

Cases can go cold for a variety of reasons, and when they do, it's incredibly frustrating. But it looks like we're going to have to accept that these crimes are never going to be solved.

The murderer known as “Jack the Ripper” terrorized the Whitechapel area of London back in 1888, killing at least five women and leaving their bodies mutilated in a way that indicated he was more than just a little familiar with human anatomy. Could he have been a surgeon? A mortician? No one knows because he was never caught, and it is unlikely his identity will ever be known. It ranks as one of the world’s most infamous unsolved mysteries. Read on for history’s strangest unsolved mysteries. 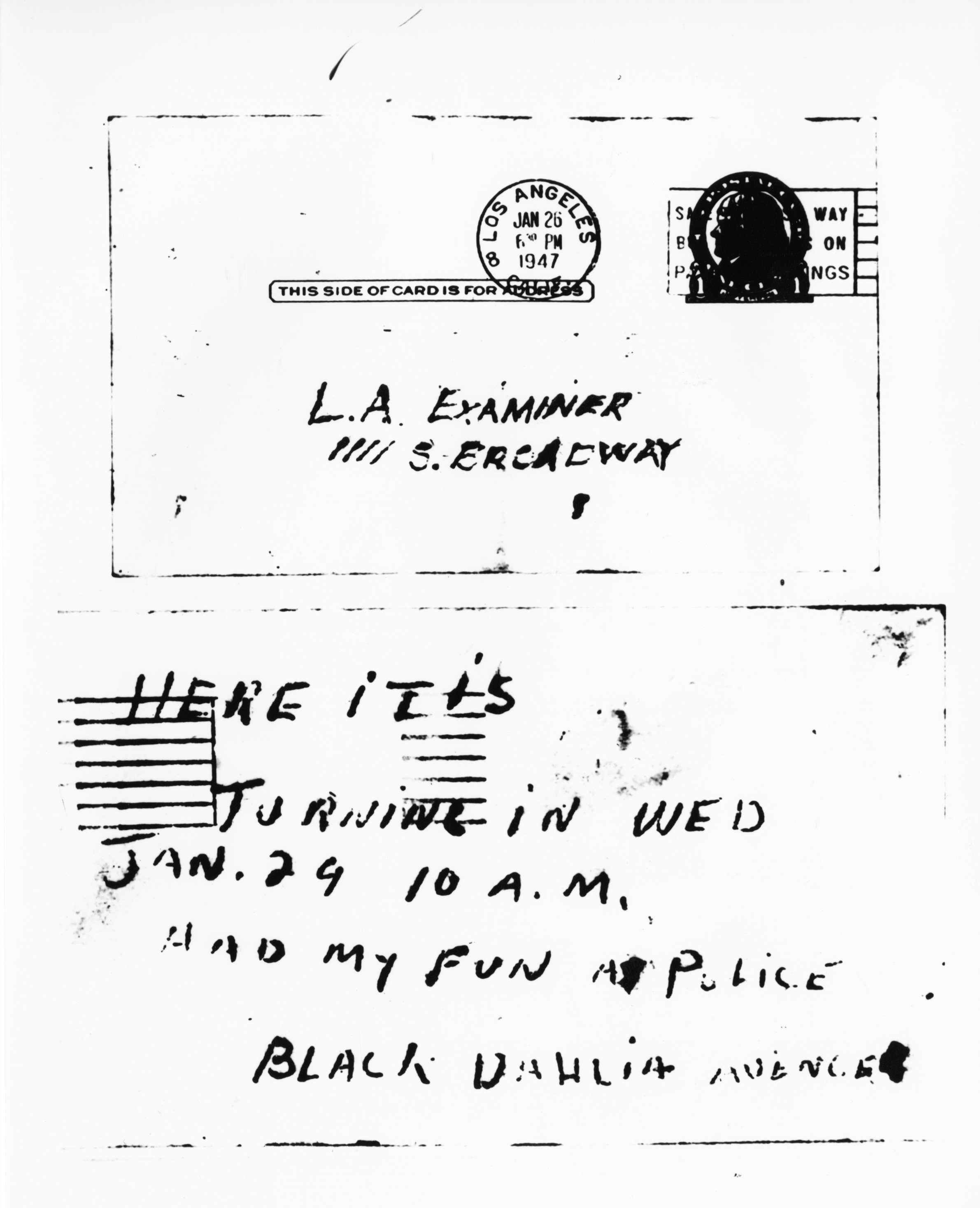 Twenty-two-year-old Elizabeth Short was found murdered in a vacant lot in Los Angeles on January 15, 1947. She became known as the “Black Dahlia” because of her dark hair, and perhaps a passing reference to a movie, The Blue Dahlia, which had come out the year before. Notwithstanding a lengthy investigation and a roster of more than 150 suspects, her killer was never found, and it’s unlikely the case will ever be solved. 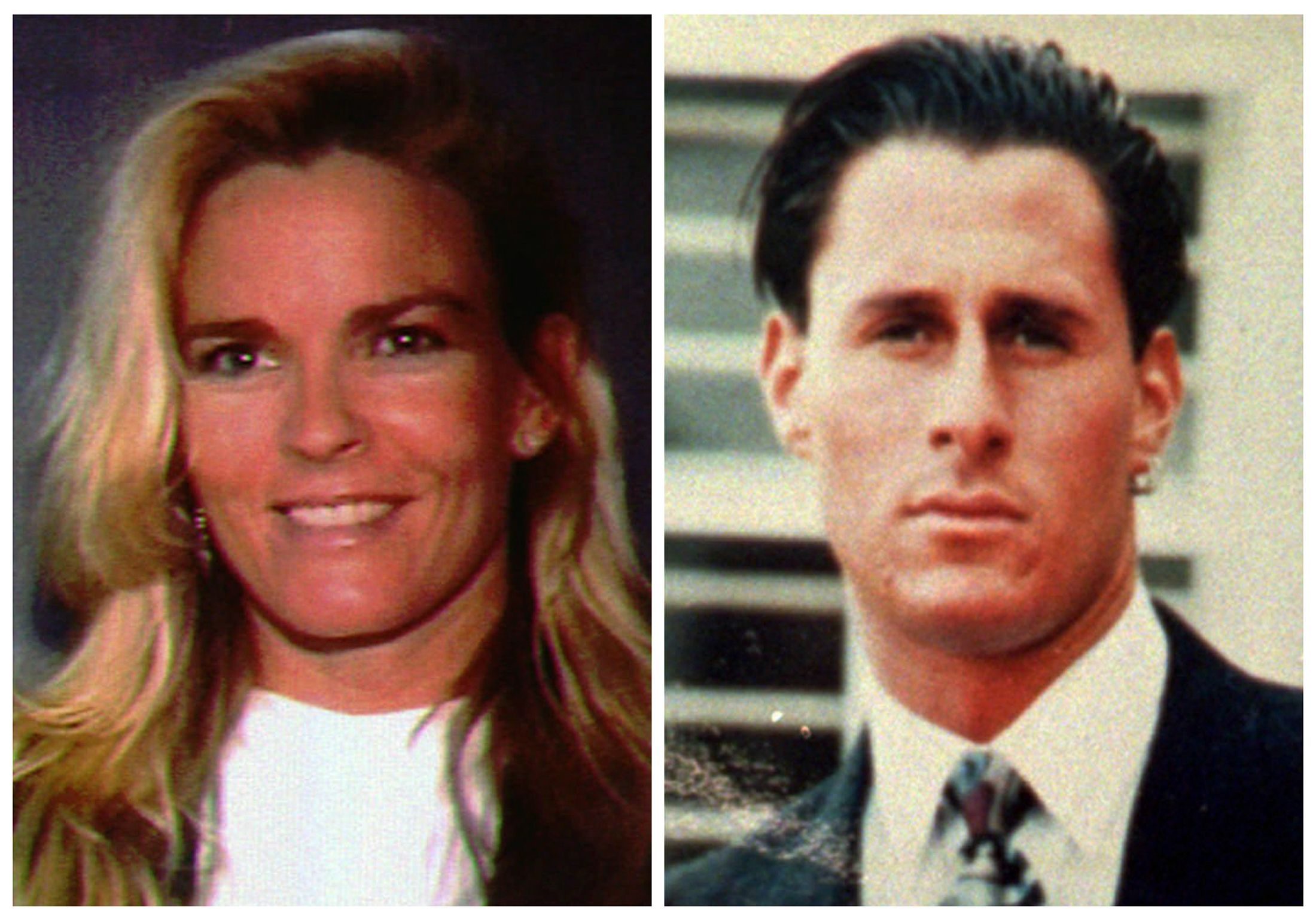 The murders of Nicole Brown Simpson and Ron Goldman

A more recent unsolved mystery originating in Los Angeles is who murdered Nicole Brown Simpson and Ron Goldman. In June 1994, the 34-year-old ex-wife of American football star, O.J. Simpson, and 26-year-old Goldman were found stabbed to death outside of Nicole’s home. O.J. was the defendant in the murder trial, but he wasn’t convicted, although he was found liable for the murders in a civil lawsuit. Since civil lawsuits don’t require proof beyond a reasonable doubt, it’s impossible to say whether O.J. was the killer, although he does love to talk about how it would have gone down had he done it…

The death of Betty Shanks

Twenty-two-year-old Betty Shanks was found dead in Brisbane, Australia in 1952, and the case remains one of the oldest and most notorious unsolved murder cases in Queensland, Australia. Australian historian Lyle Reed has been researching the crime for many years and believes he knows what happened: a policeman accidentally killed her with his motorcycle and then staged a cover-up. However, his book about the events remains unpublished, and law enforcement has seemingly swept Reed’s theory under the rug. Love a good true crime story? These 10 true crime books are sure to satisfy.

The murder of Jean Marie Townsend

The night of September 14, 1954, 21-year-old Jean Marie Townsend left a party and was found the next morning in South Ruislip, England, strangled by her own scarf. Rumor abounded that an American soldier was responsible, but the police never identified a single suspect. The case was reopened again in 1982, following several anonymous tips, but the case went cold again and remains unsolved. All of these creepy urban legends have an actual real-life grain of truth…

The Love Me Tender murders

Fifteen-year-old Barbara and her 12-year-old sister, Patricia, disappeared into thin air after seeing the film, Love Me Tender in Chicago on December 28, 1956. “What followed was one of the most labor-intensive missing persons cases in Chicago history,” according to crime historian, Ray Johnson. A month later, their bodies were discovered lying naked by the side of a local road. Although the coroner claimed the girls seemingly died from exposure within four hours after their disappearance, his report was widely criticized and takes partial blame for the case having gone hopelessly cold.

The Sims family murders in Tallahassee

On October 22, 1966, Robert and Helen Sims and their daughter, Joy, were found dead in their Tallahassee, Florida home by the Sims oldest daughter, Jeanie, when she returned from a babysitting job. “A massive search was launched to find whomever committed the crime,” a local news station recounts. But the Sims had no enemies, there was no discernible motive to the crime, and although there were suspects, no one was ever charged. It’s hoped that long-stored-away crime-scene evidence will someday provide a lead, as new technology develops.

The case of the men in the lead masks

Also in 1966, two electronics repairmen were discovered dead in Rio de Janeiro, Brazil, dressed in suits and wearing lead eye masks—the kind that might be worn to protect from radiation. Beside them was a notebook that included instructions to “be at agreed place,” “swallow capsules,” and “wait for mask signal.” Whether the men swallowed the supposed “capsules,” or what the capsules were supposed to have contained, will never be known because the toxicology report was inconclusive (and probably botched), and despite the physical evidence (or perhaps because of its strangeness), no one has ever been able to figure out what really happened or why.

During the 1960s and 1970s, a person who identified as “the Zodiac” murdered at least five people in the San Francisco area and went on to taunt law enforcement with cryptic communications containing a secret code that to this day has never been cracked. Over the years, suspects came forward, and some still do, but none have ever been charged as the actual Zodiac. Find out the things television crime shows always end up getting wrong. 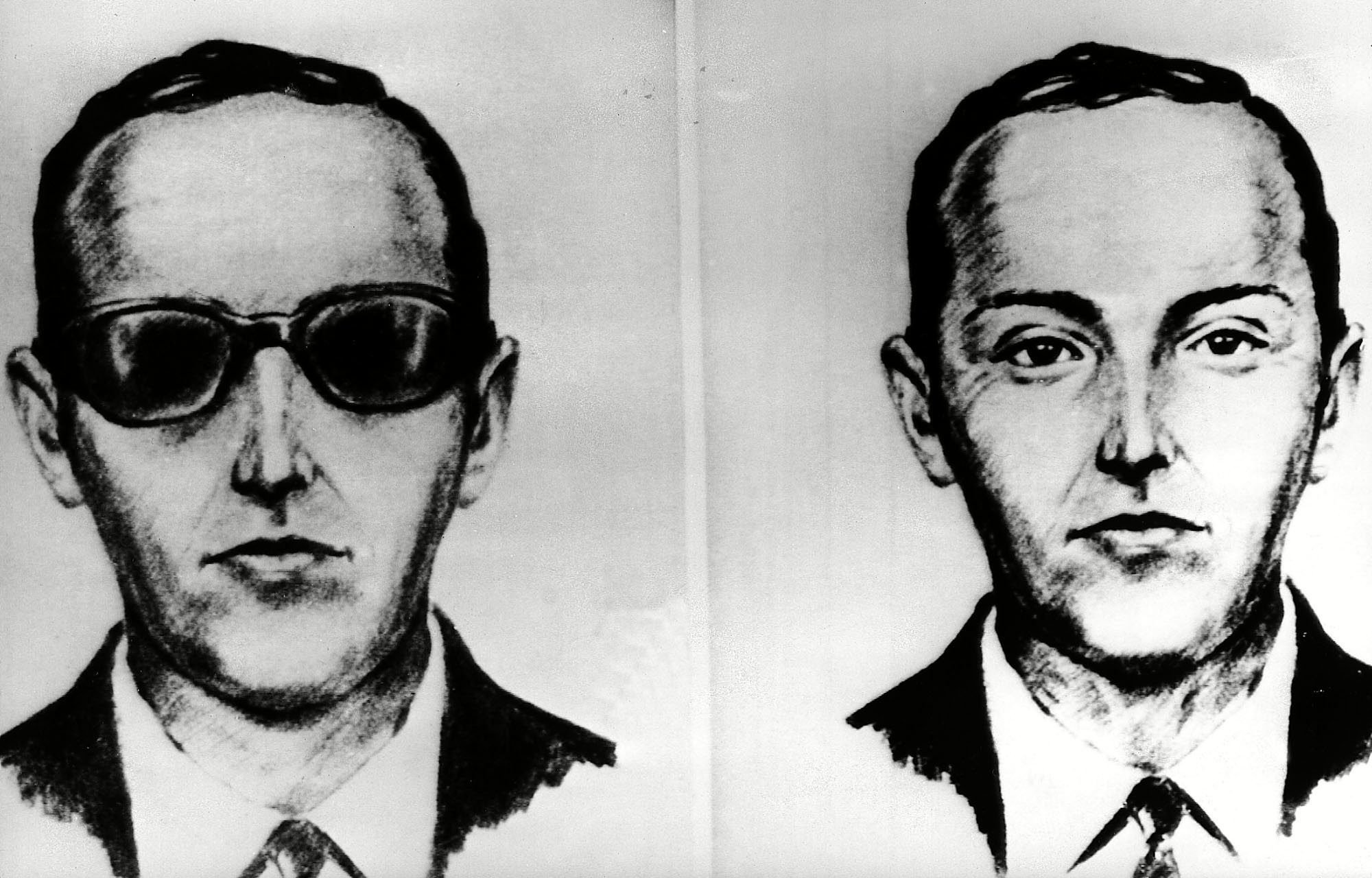 The hijacking of Flight 305

On November 24, 1971, Northwest Airlines Flight 305 was hijacked by a neatly dressed man in his mid-40s. Shortly after takeoff, the man handed a note to a flight attendant demanding $200,000 (worth $1 million dollars today), four parachutes, and a fuel truck standing by in Seattle to refuel the plane on arrival. His name on the passenger manifest was Dan Cooper, although you probably know of him as “DB Cooper,” which is how the media referred to him. Cooper’s demands were met, and the man was never seen again, has never been identified, and probably never will be. 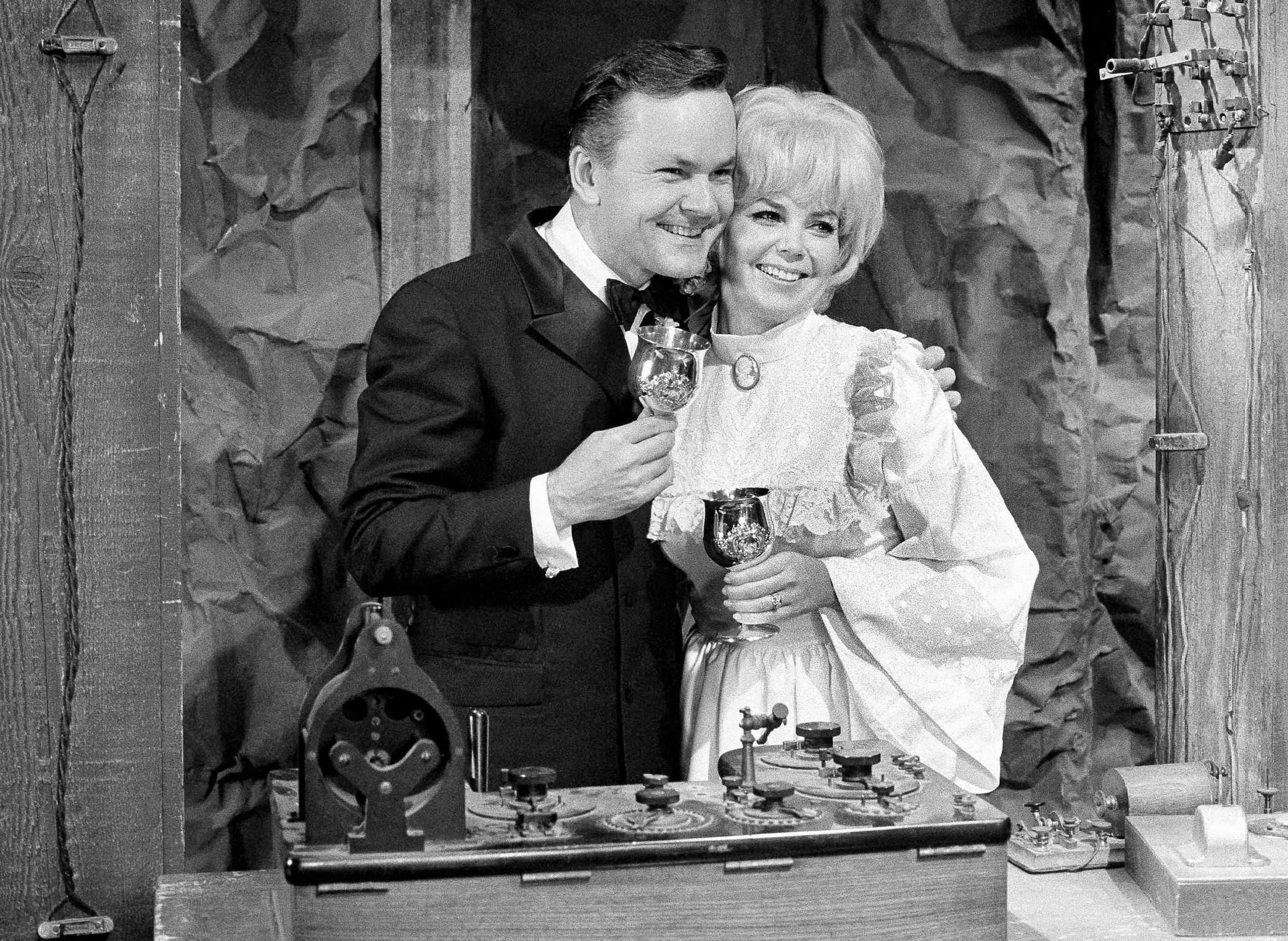 Bob Crane was the actor best known for his title role on the 1960s television show Hogan’s Heroes. In 1978, Crane was found beaten and strangled with an electrical cord in Scottsdale, Arizona. The investigation opened up Crane’s rather complicated personal life to the public (he had hundreds of romantic partners both before and during his marriage), but the lead suspect was a male friend of Crane’s. In any event, the friend was acquitted of the murder due to a lack of hard evidence and exonerated yet again through DNA testing. The case will probably never be solved. 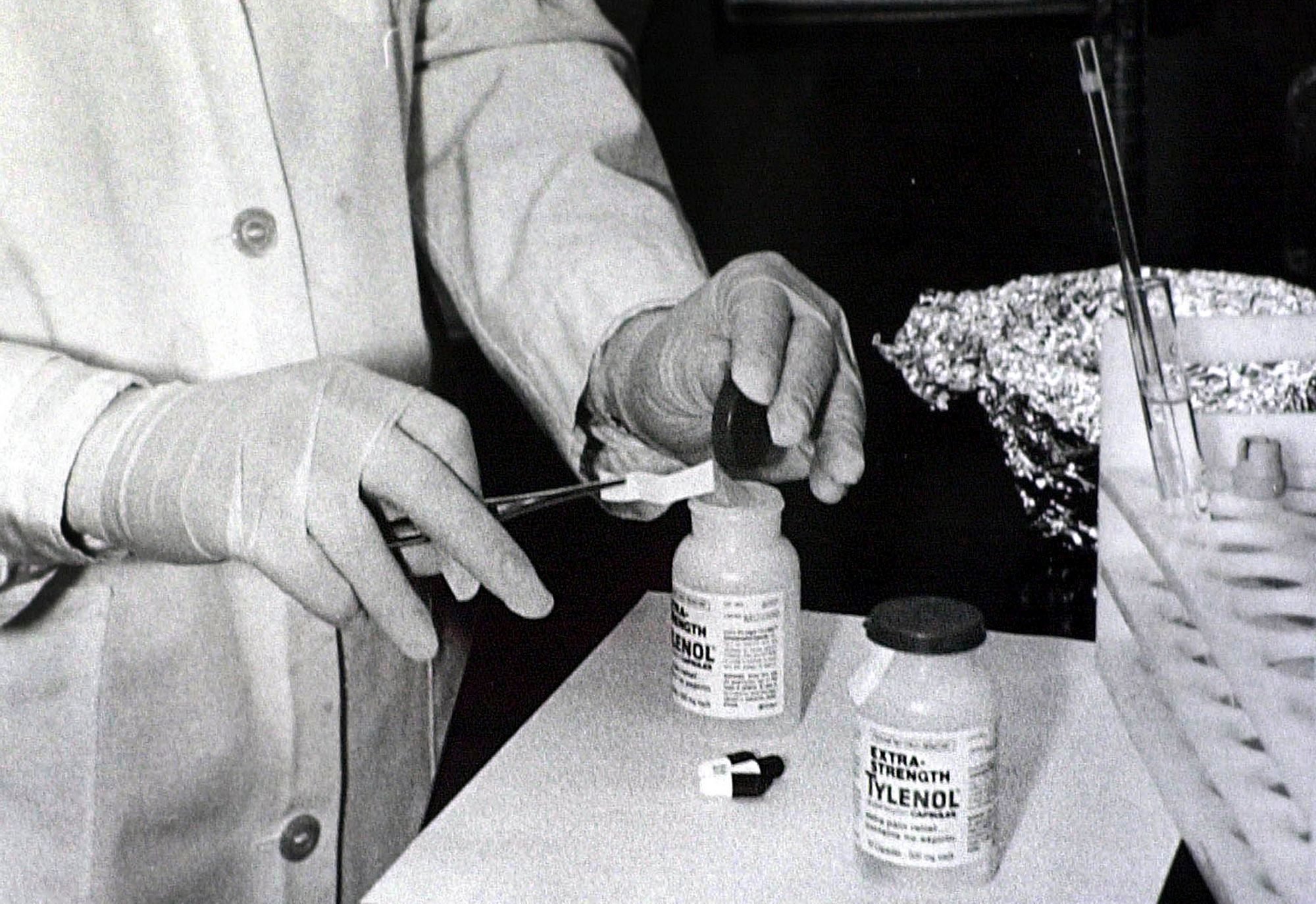 The case of the tainted Tylenol

In 1982, seven people died in Chicago after taking Extra-Strength Tylenol in the capsule form. It was soon discovered the capsules had been laced with cyanide. Since the pills had all come from different factories, it became clear that the tampering had occurred locally in the stores where the pills were sold. Over the years, there have been several leads, but none panned out. “The FBI even requested DNA samples from the Unabomber… who had terrorized the same area just a couple of years earlier,” but the case remains unsolved. Tylenol and other OTC pain relievers are much harder to open as a result. Discover more about the Unabomber and other notorious criminals from each state. 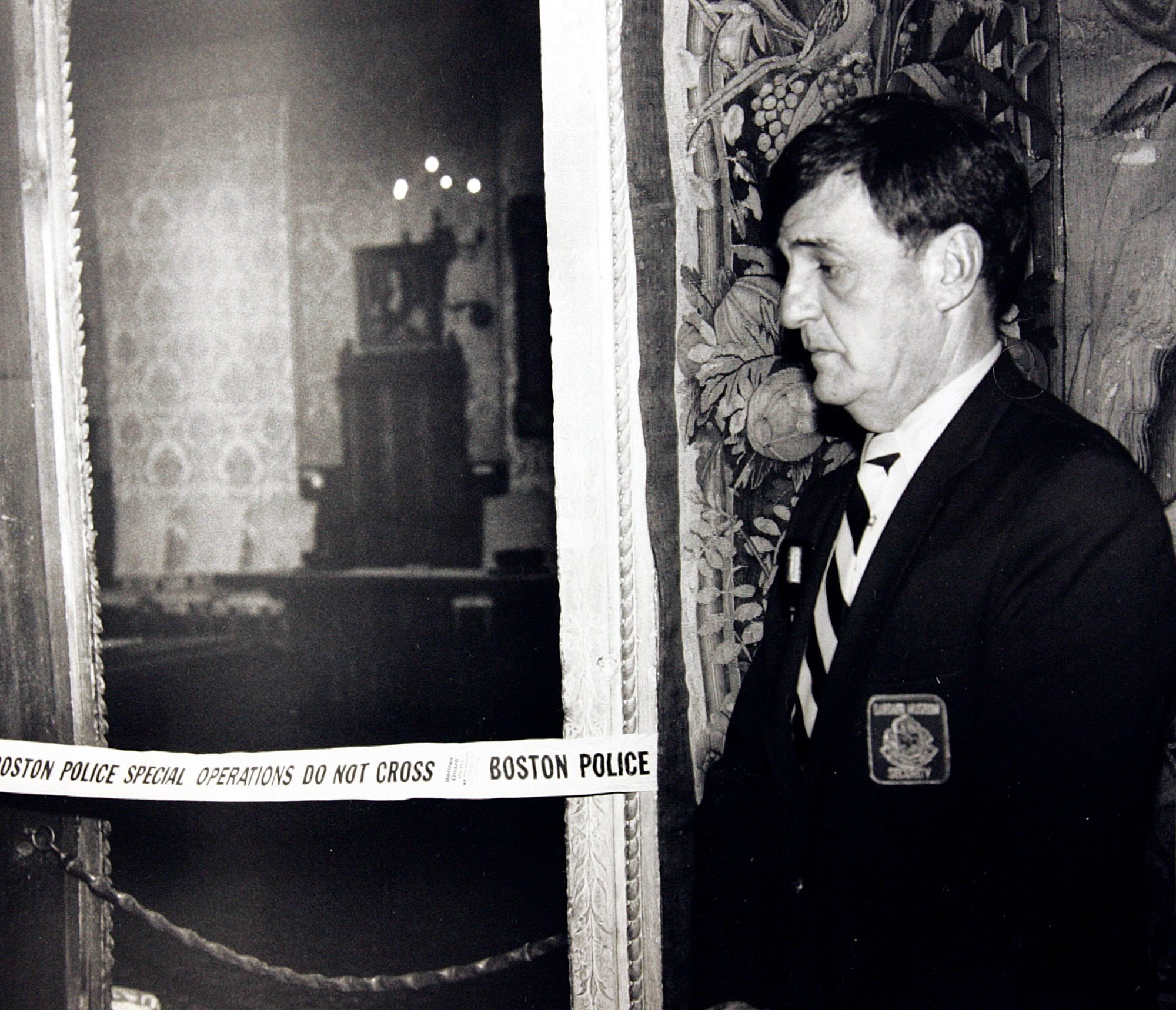 In 1990, 13 important works of art were stolen right out of Boston’s Gardner Museum. Notwithstanding extensive investigation by local authorities and the FBI, the artworks have never been recovered, nor has anyone been charged with the crime. Currently, the museum is offering a $10 million reward for information leading to the recovery of the stolen works. The Gardner Museum heist is one of the most expensive theft crimes in history. Discover 10 more of the most expensive things that have ever been stolen. 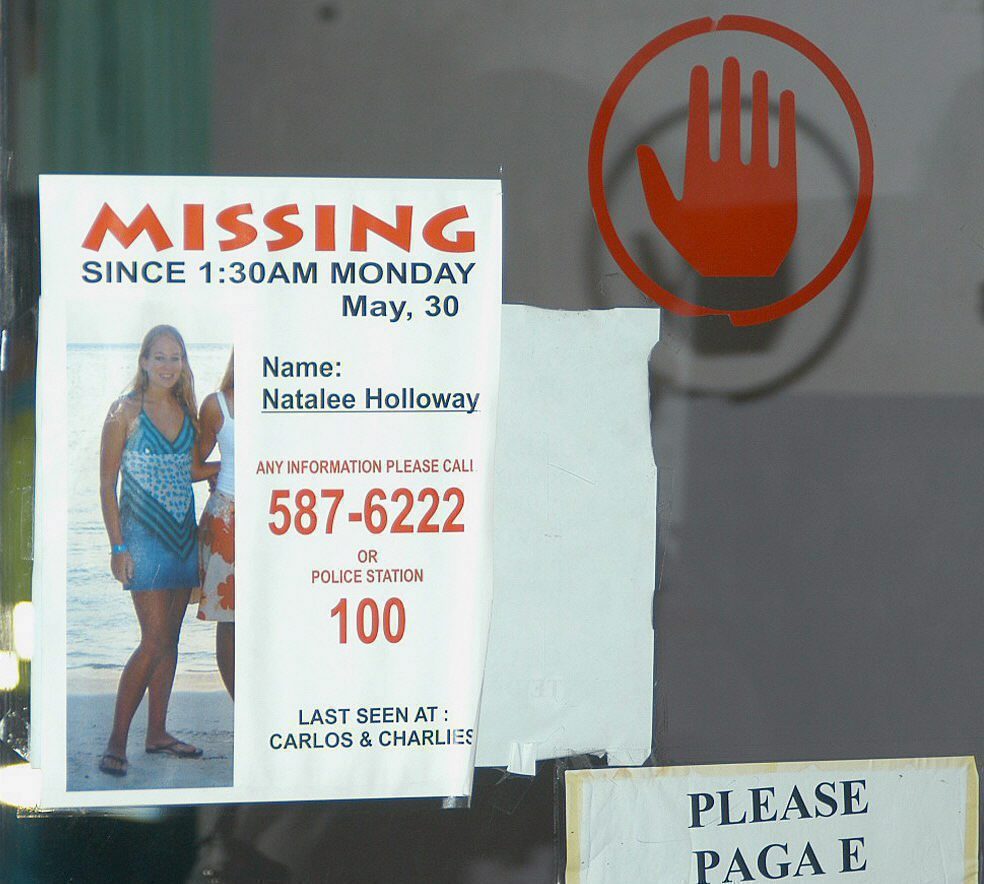 What happened to Natalee Holloway

Natalee Holloway went missing following a night of partying with friends and several locals during a high school trip to Aruba in 2005. Her body was never discovered, and although one of the locals, Joran van der Sloot became the prime suspect and taunted authorities and Holloway’s family with false confessions of having sold Holloway into slavery and false leads on where her body can be found, he has never been charged. He’s currently in prison for the 2010 murder of another young woman. 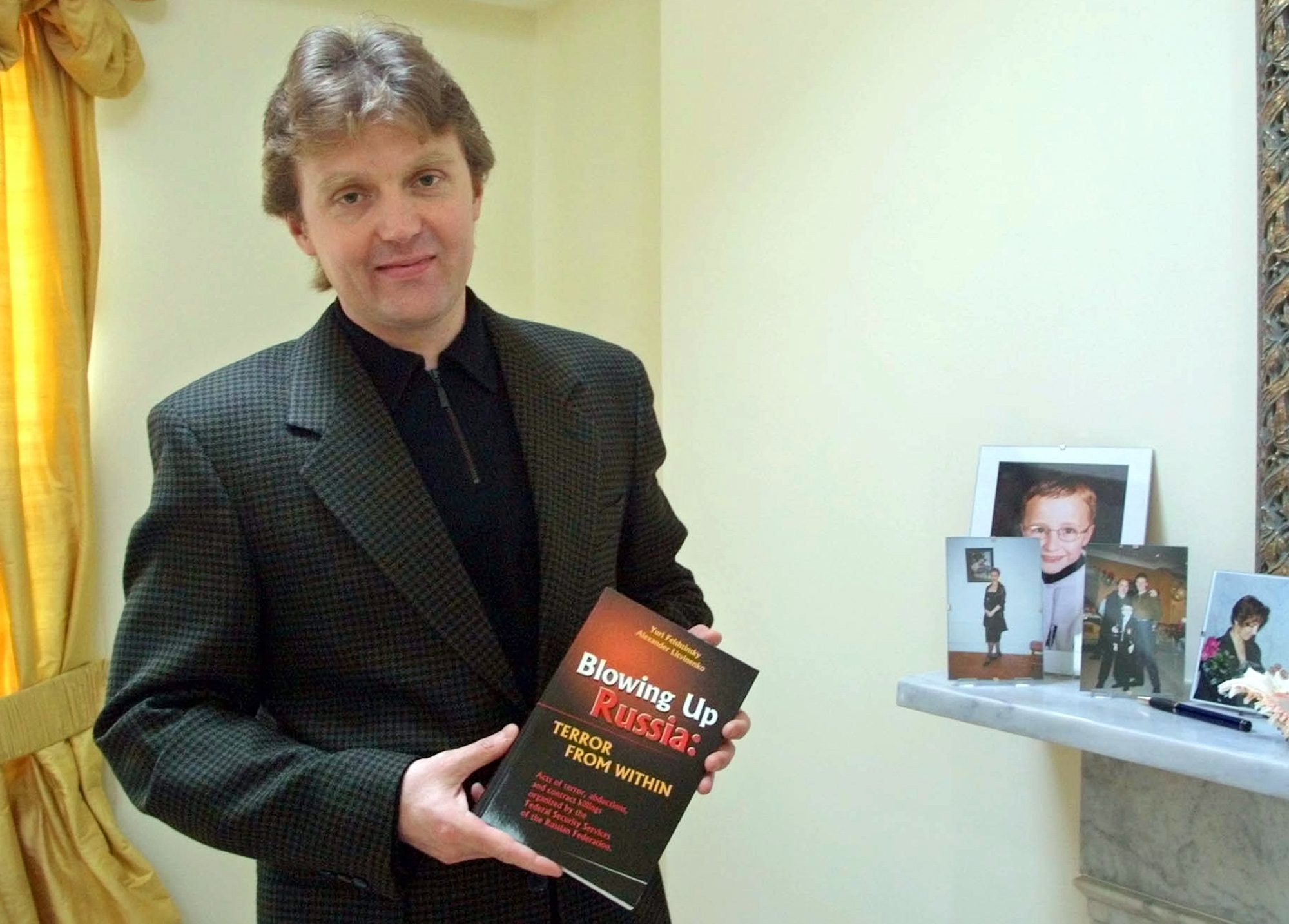 Former Russian Federal Security Officer Alexander Litvinenko was poisoned in 2006 by radioactive Polonium 210. He died several days later, and no one has ever been able to discern who is responsible. And considering that he was a political enemy of Russian President Vladimir Putin, maybe it’s best not to dig too deeply. If you love these unsolved mysteries, here are some seriously spooky ghost stories that are guaranteed to give you the shivers.