These little guys and gals have royalty in their blood. 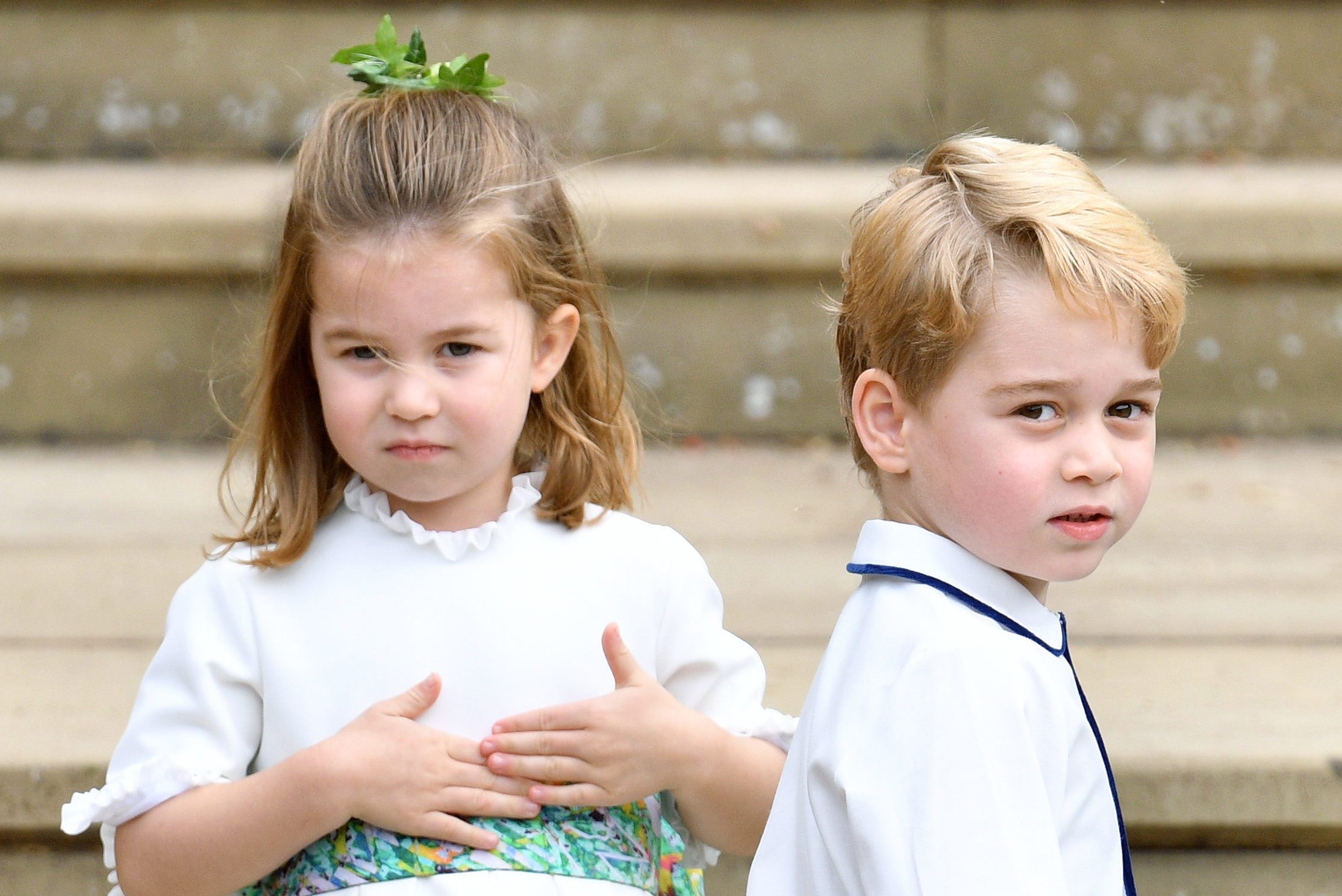 While the world speculates about #Megxit and keeps a close on eye the continuing duties of the Duke and Duchess of Cambridge, there’s a flock of little ones with their own places in royal bloodlines around the world. These cuties represent the next generation of royals, from Great Britain and beyond. Even with their aristocratic upbringing, photos of the royal children prove they are just that—children. They’re kids who marvel at the same things as their school peers and even throw a tantrum or two (or if you asked their parents, perhaps more). Check out these pint-sized royals who will be the next to capture the attention of the world. Read up on 50 things you likely didn’t know about the British royal family. 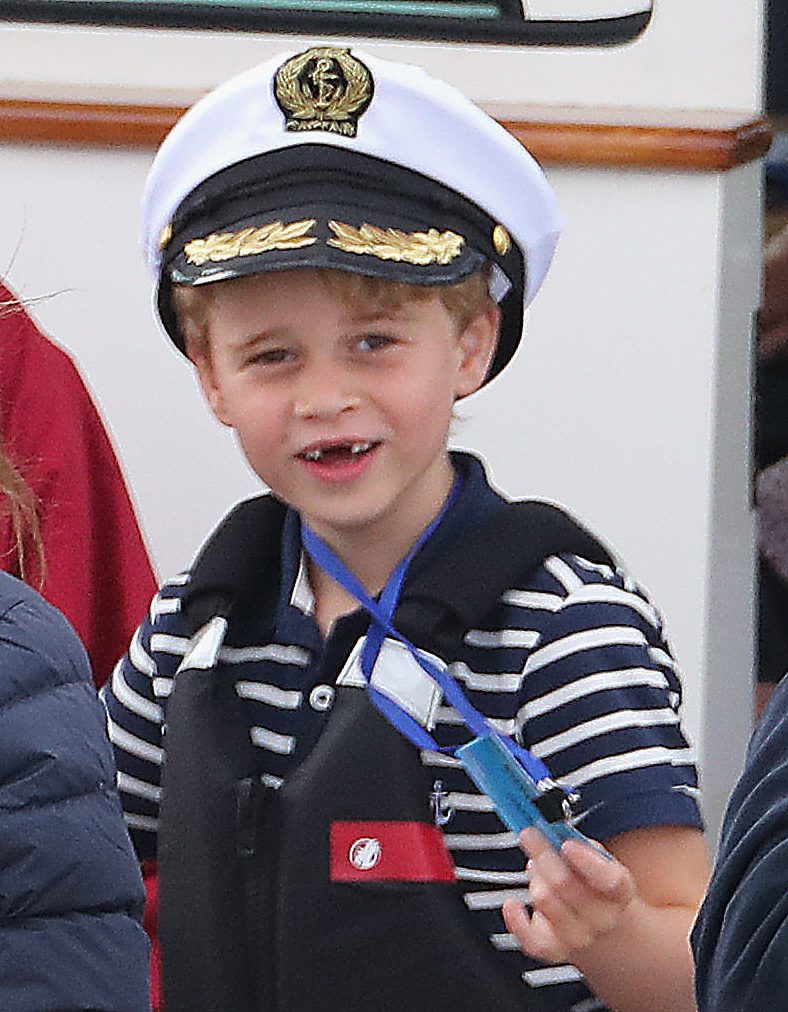 Perhaps the most famous of the young royals, Prince George, the first of Prince William and Kate Middleton, is third in line to the British throne. Officially known as Prince George of Cambridge, he’s just 6 years old (born July 22, 2013). He currently attends Thomas’s Battersea School in London with his little sister, Princess Charlotte. George is becoming quite used to accompanying his parents on their royal duties. He has already joined them on official visits to Canada and tours of Poland and Germany. Find out 14 things you never knew about Prince George. 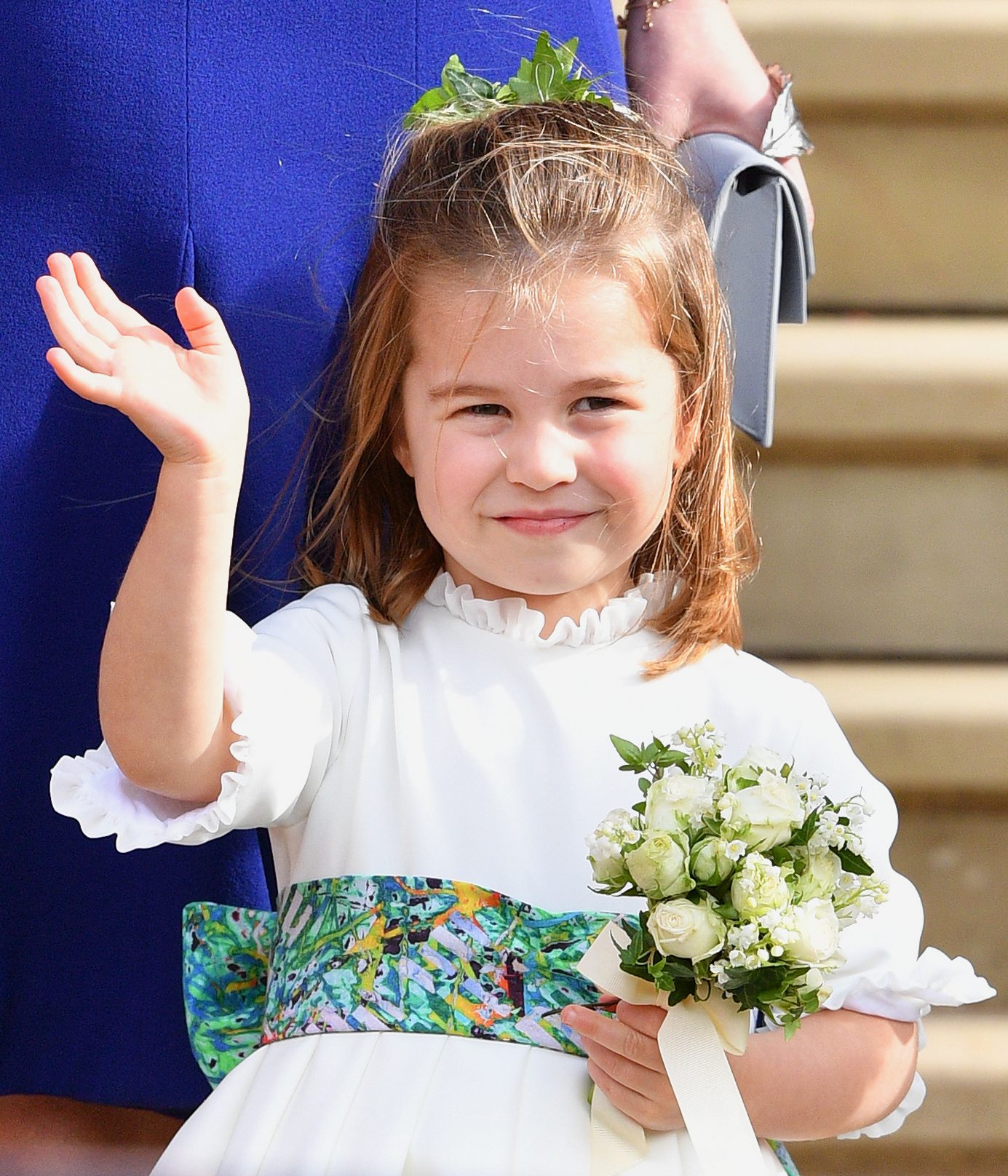 Princess Charlotte of Cambridge was born on May 2, 2015. As William and Kate’s second child, she is fourth in line of succession to the British throne. Before 2011, Charlotte’s place in line could have been changed once her younger brother, Prince Louis, was born. But, according to Time, a law called the Act of Settlement was revised in 2011 “to ensure succession would not be affected by gender or by marriage to a Catholic.” Before this change was made, a royal daughter only took the throne if there were no royal sons in line. The little girl’s full name is Charlotte Elizabeth Diana as an ode to Prince William’s mother, Princess Diana. These are 13 moments Princess Charlotte looks unbearably cute. 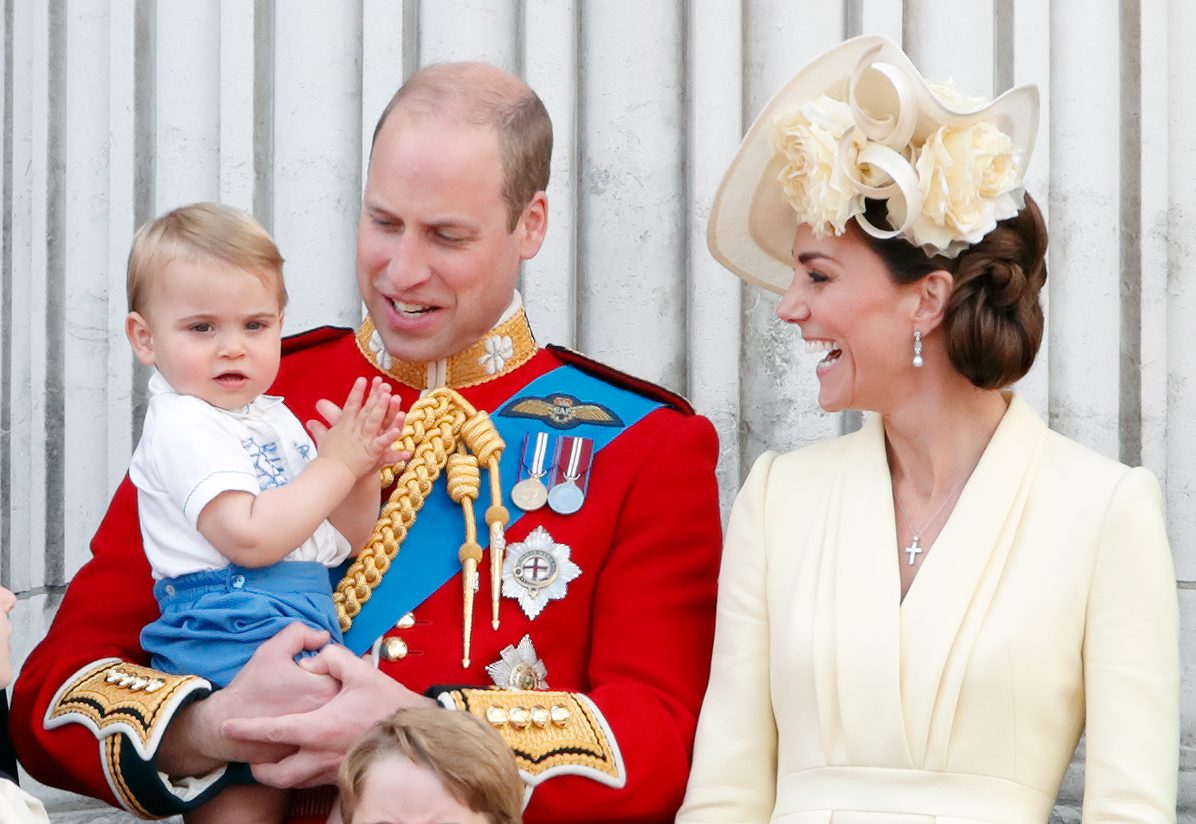 The youngest of the Cambridge children, Prince Louis is fifth in line to the British throne, after big sister Charlotte. Born on April 23, 2018, Louis is closing in on two years of age. His full name is Louis Arthur Charles, with the Charles portion, of course, paying homage to William’s father. The little guy has not one, not two, but six godparents, including: Nicholas van Cutsem, Guy Pelly, Harry Aubrey-Fletcher, Lady Laura Meade, Mrs. Robert Carter, and Lucy Middleton. According to the official royal website, they are all close friends or family of the Duke and Duchess, so there are lots of people looking out for sweet Prince Louis. don’t miss the 15 cutest photos of Prince Louis’s first year. 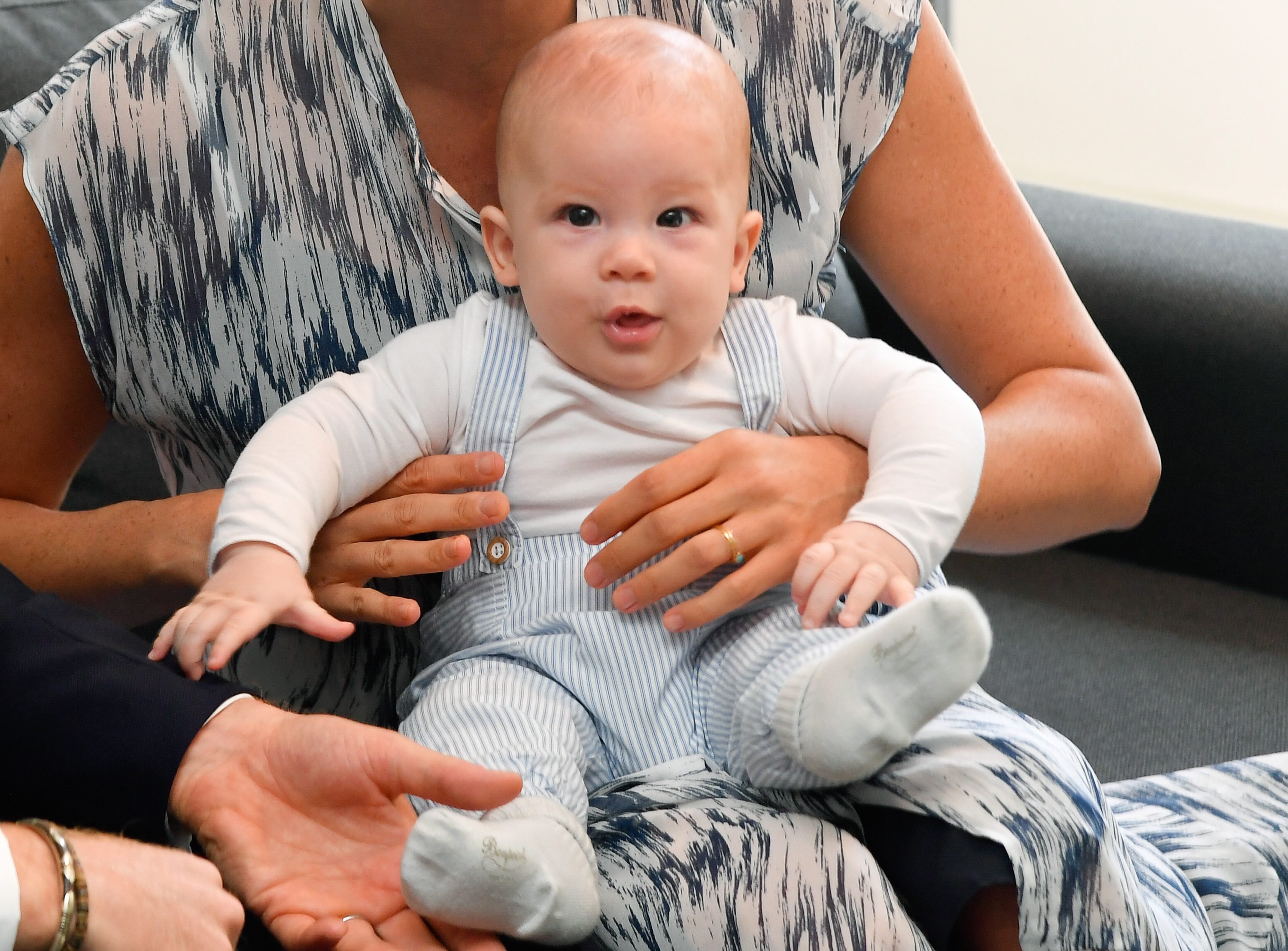 Although Prince Harry and Meghan Markle may no longer be working members of the royal family, that doesn’t discount their son Archie as part of the next generation of royals. After all, he is and always will be a member of the royal bloodline. Archie is seventh in line to the throne, just behind his father, Harry, who is sixth. Born on May 6, 2019, the little boy now famously resides in Canada with both of his parents. Here’s what has happened to Meghan and Harry’s titles after their retirement. At just 8 years old, Princess Estelle of Sweden has quite the number of titles, as both a princess and Duchess of Östergötland, one of the traditional provinces located in the southern part of the country. She is the oldest child of Crown Princess Victoria and Prince Daniel, Duke of Västergötland. Estelle is second in the line of succession to the Swedish throne, just below her mother. Currently, her grandfather, King Carl XVI Gustaf, is at the helm of the Swedish monarchy. He resides in Drottningholm Palace, located just outside Stockholm. Check out these etiquette rules a royal family must follow. 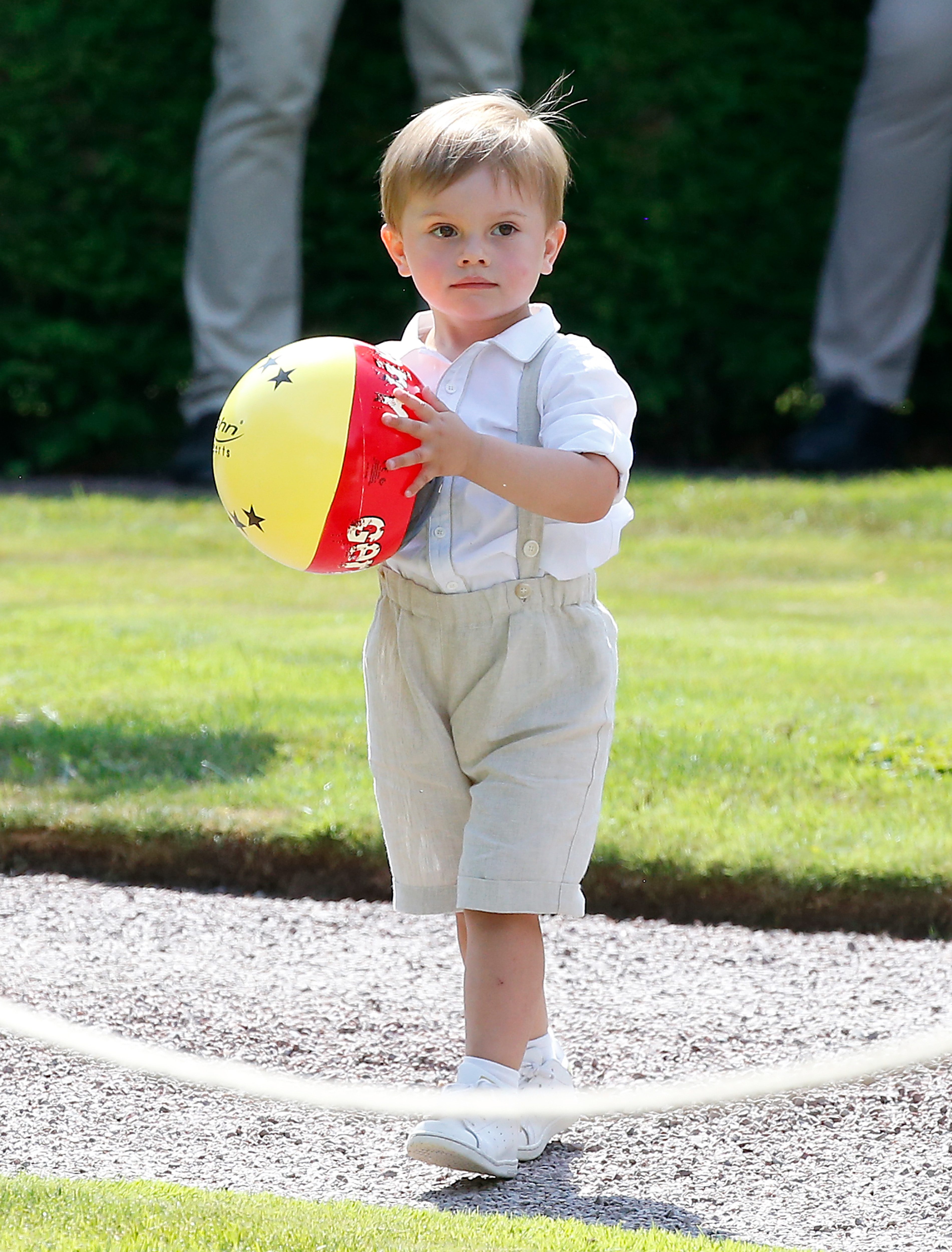 Meet Princess Estelle’s little brother—Prince Oscar, Duke of Skåne. He is third in line to the Swedish throne after his sister and mother. Oscar is just shy of 4 years old (born on March 2, 2016) and is the only son of Crown Princess Victoria. Thanks to the modernization of the succession law in 1979, the oldest child of the existing monarch inherits the throne, regardless of gender. Earlier versions of the law favored the eldest sons but on a global level, more royal families are updating this once-sexist rule. These are the most bizarre perks of the British royal family. 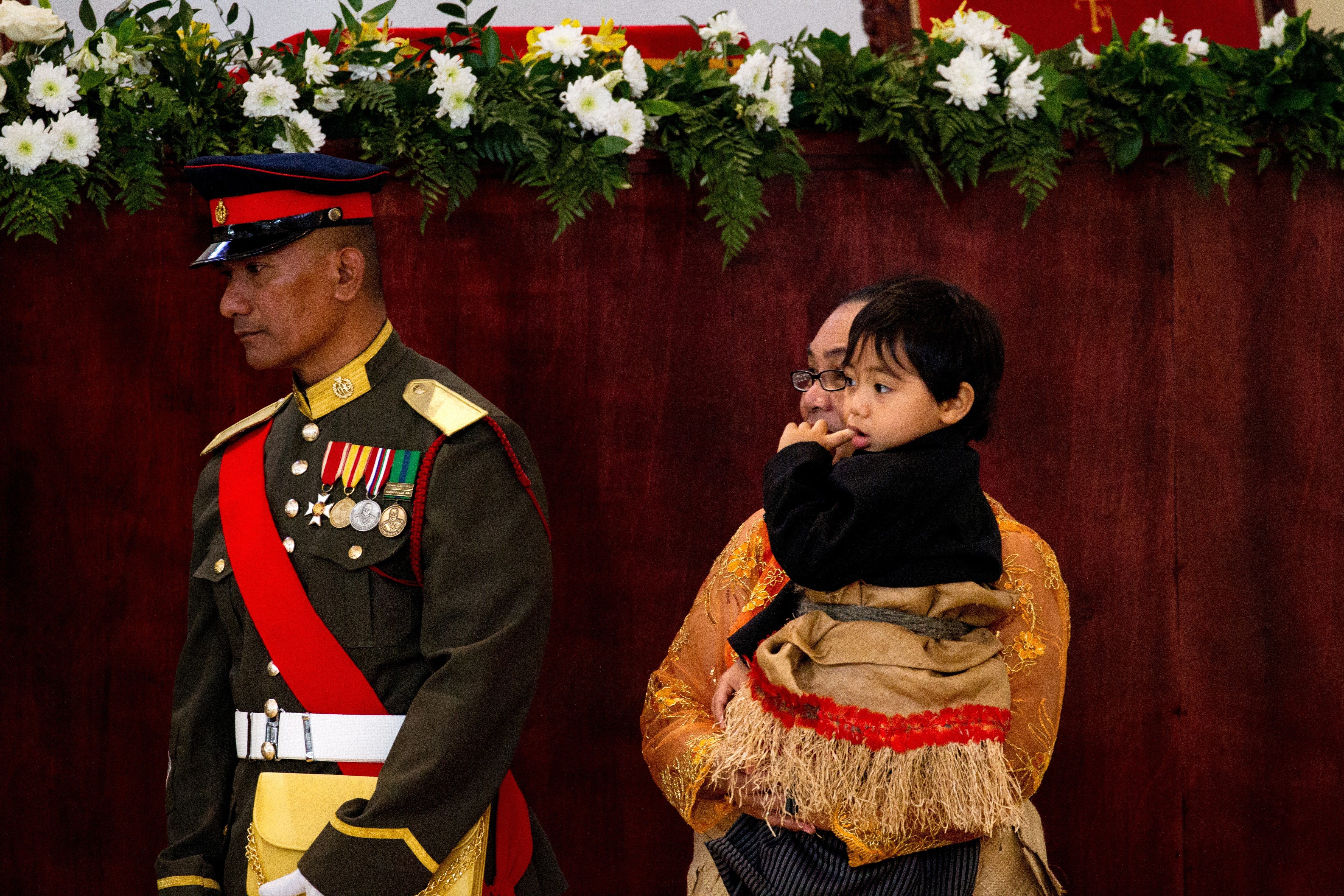 We focus a lot of our attention on the European royals, but check out this cute fella who just happens to be a Tongan royal. Prince Taufa’ahau Manumataongo, the son of Crown Prince Tupouto’a and Princess Sinaitakala, was born on May 10, 2013 in Auckland, New Zealand, according to Matangi Tonga Online. He is second in the line for the throne of Tonga (a nation in the South Pacific). Not even 7 years old, he already serves alongside his parents as a member of the royal family, helping to host events like the country’s International Day of Families. Don’t miss the 20 most iconic royal wedding photos throughout history. 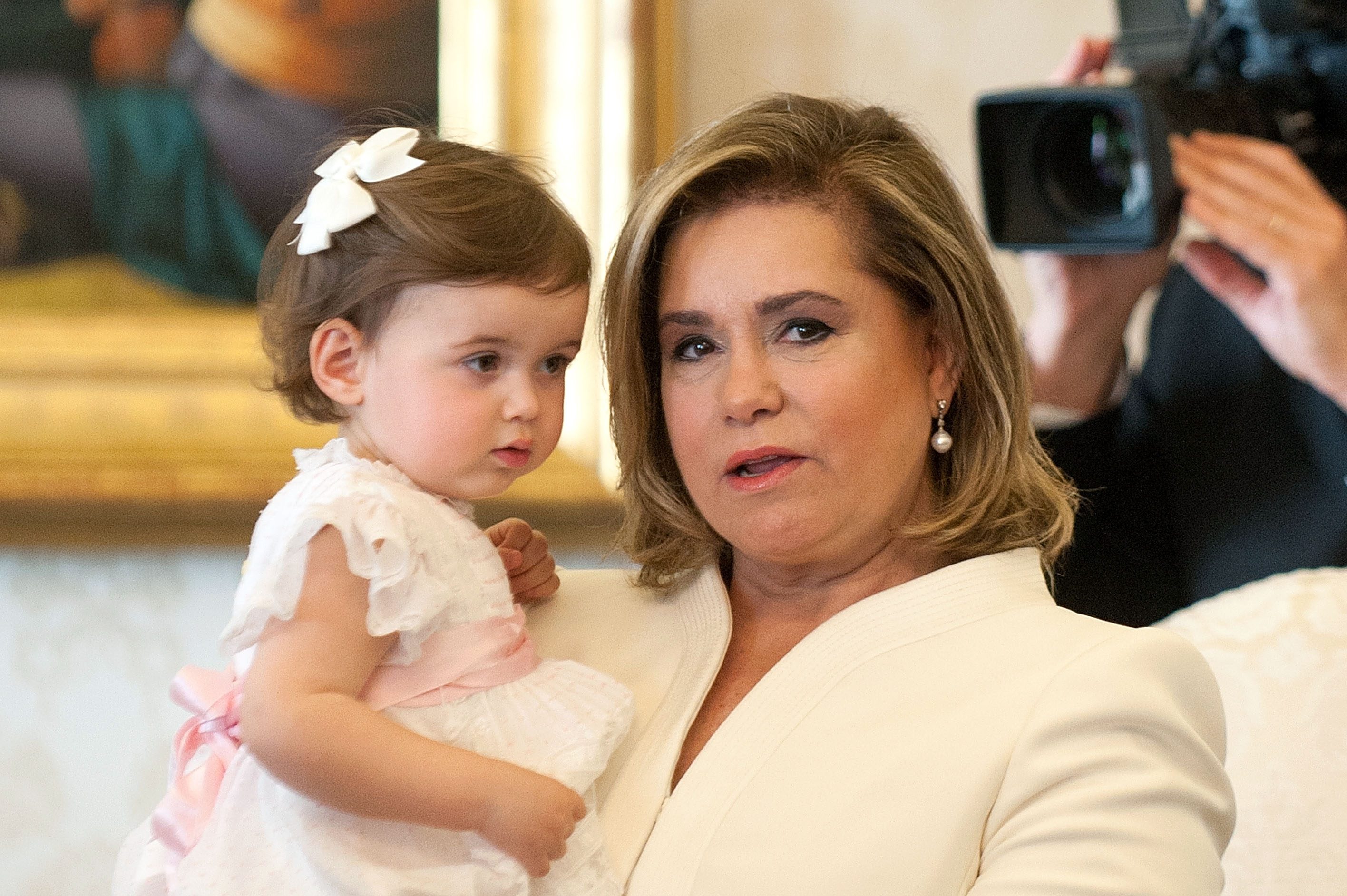 Royals don’t seem shy about giving their children many names, but Princess Amalia’s may just be the longest one we’ve heard. Princess Amalia Gabriela Maria Teresa of Nassau was born in 2014 to Prince Félix and Princess Claire of Luxembourg. According to Hello!, she is third in the line of succession. Before her in the line to the throne is her uncle Guillaume, Hereditary Grand Duke and her dad. Don’t miss these 22 adorable royal baby photos throughout history. 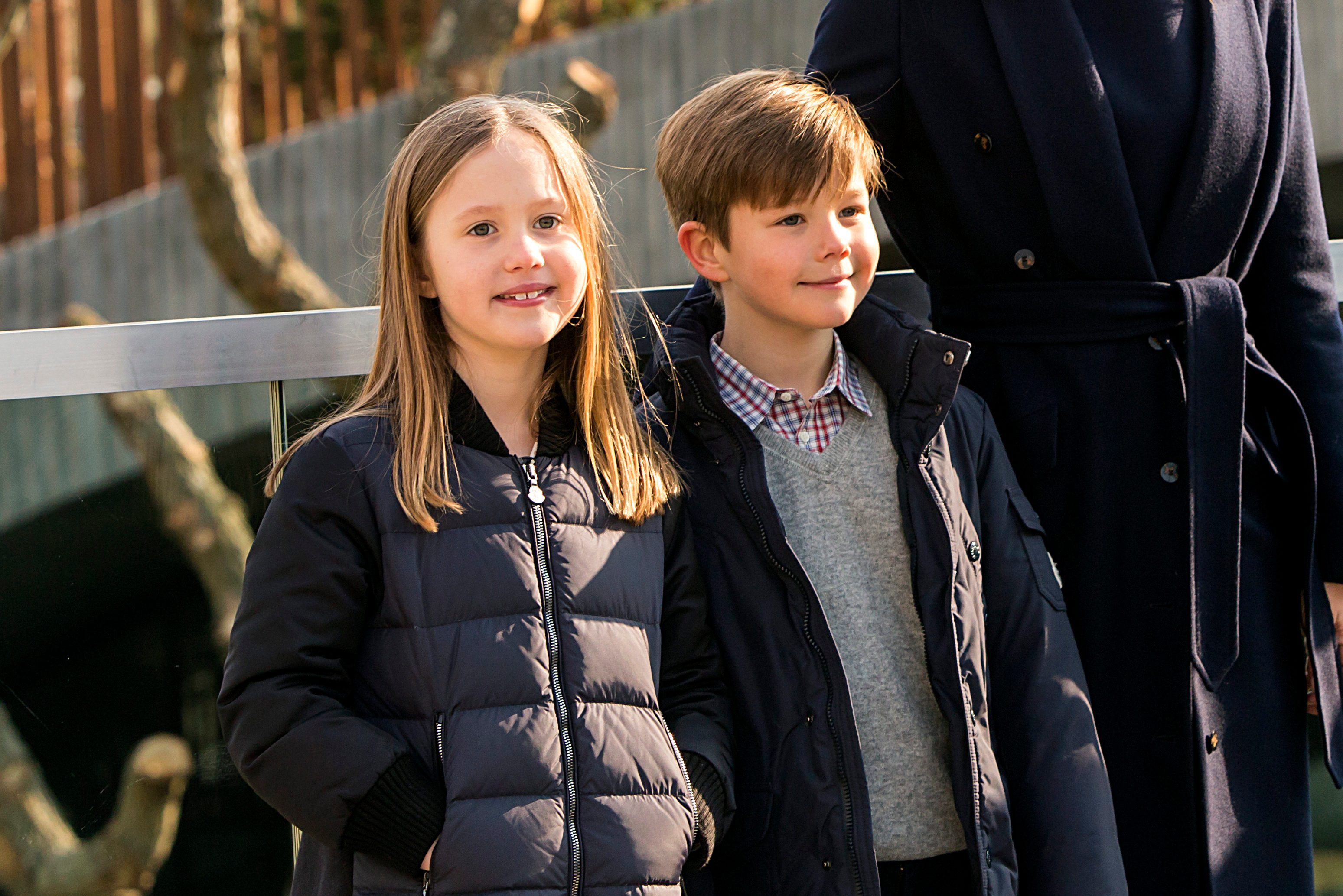 It’s double the royal cuteness with Prince Vincent and Princess Josephine of Denmark. The 9-year-old twins (born on January 8, 2011) are the third and fourth children, respectively, of parents Crown Prince Frederik and Crown Princess Mary. Vincent is fourth in line to the throne (as he was born first) and Josephine is fifth in line. Their father and older siblings precede them in the line of succession. Josephine is also Countess of Monpezat and Vincent is Count of Monpezat. See if you can identify the British royal by their childhood photo. 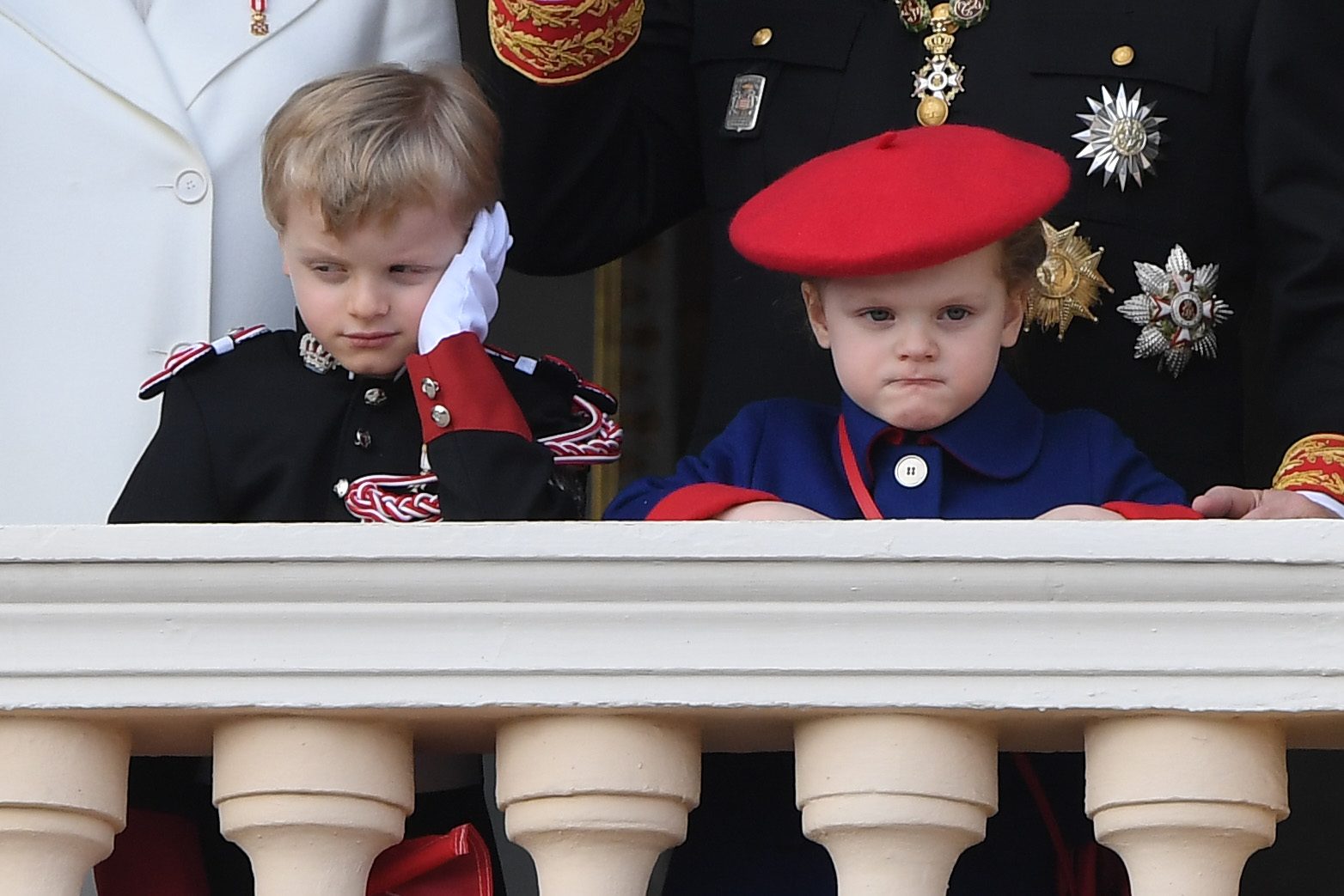 More twin sweetness among the royals! Prince Jacques (full name Jacques Honoré Rainier Grimaldi) and Princess Gabriella (full name: Gabriella Thérèse Marie Grimaldi) of Monaco have really captured the hearts of their country with their overwhelming cuteness. They are the children of Prince Albert II and Princess Charlene. Prince Jacques is first in line to the Monegasque throne (also known as the heir apparent), while Gabriella is second in line. The five-year-olds are often seen out and about at royal events, such as Sainte Devote. Find out 12 royal family members you didn’t know were divorced. 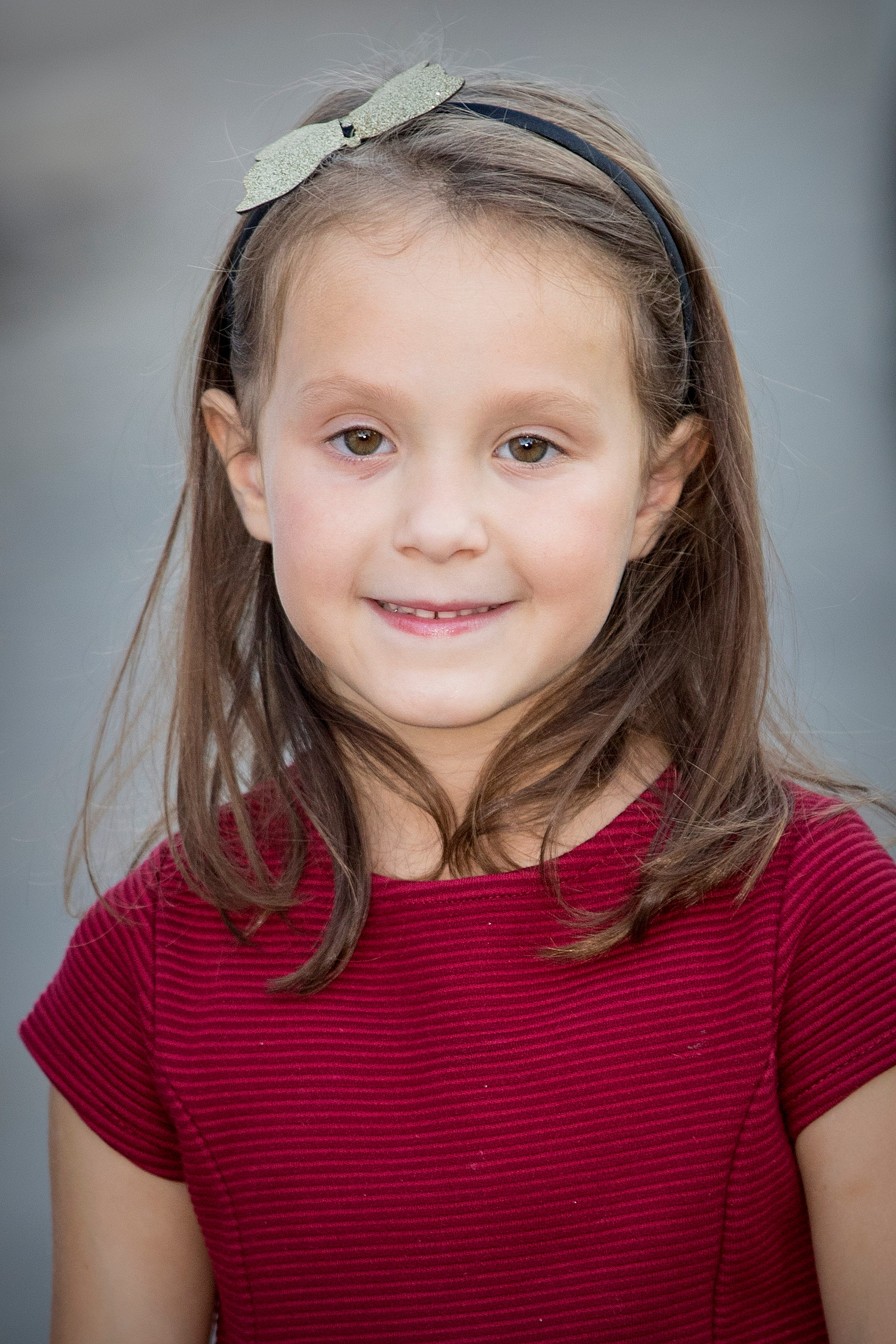 Tenth in the line of succession to the Danish throne, don’t count 8-year-old Princess Athena out. She is the youngest child of Prince Joachim and Princess Marie and younger sister of Prince Henrik. Additionally, Athena has two older half-brothers from her dad’s first marriage, Prince Nikolai and Prince Felix. She is also a Countess of Monpezat, just like her cousin Princess Josephine. You won’t believe the rules royal children are asked to follow. 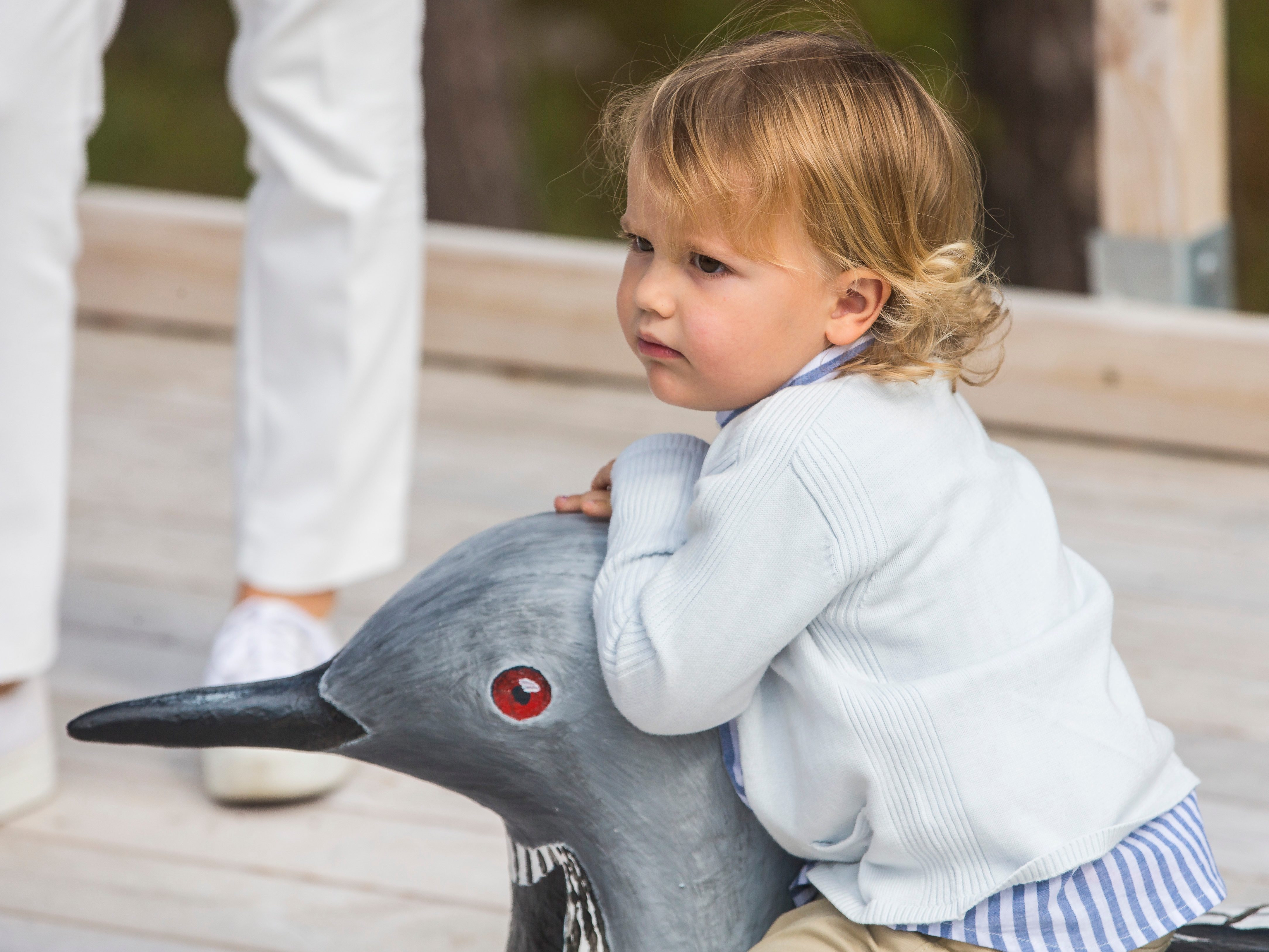 Not just a prince, Alexander also holds the title of Duke of Södermanland, which is a county on the southeast coast of Sweden. Three years old, he is the eldest child of Prince Carl Philip and Princess Sofia. Prince Alexander is fifth in line to the Swedish throne. He is the grandchild to King Carl XVI Gustaf, just like Princess Estelle who is, as previously mentioned, second in the line of Swedish succession. Don’t miss these 19 rarely seen photos of royal British siblings. 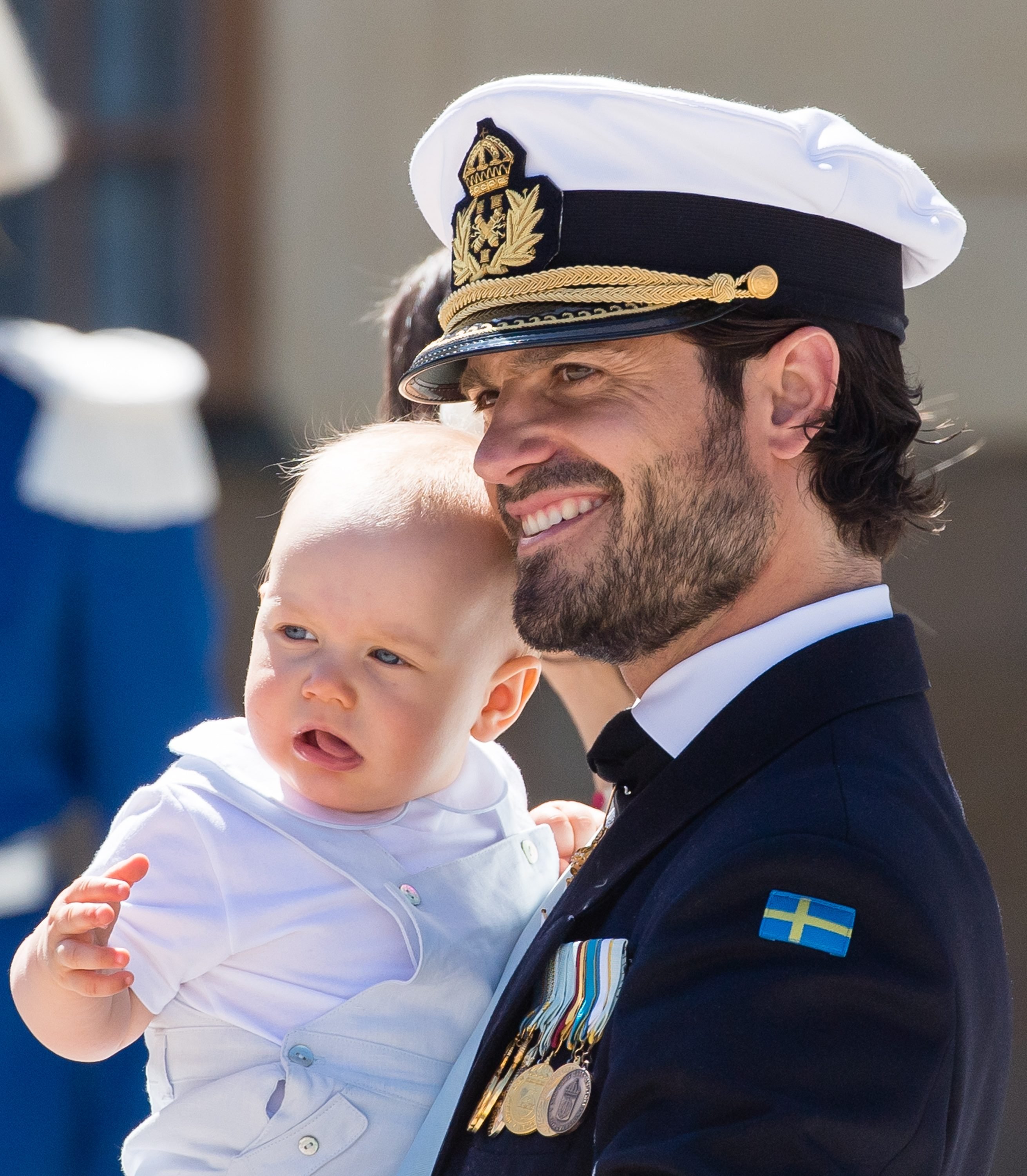 In 2017 Prince Alexander became a big brother to this little guy—Prince Gabriel, Duke of Dalarna. That county of Dalarna is located in central Sweden. As a younger brother, Gabriel is sixth in the line of succession. Gabriel and Alexander are only separated in age by 16 months, keeping mom and dad very busy. Next, read on for 23 rarely seen photos of the British royal family.