Disney Park Fans Are Recreating Their Favorite Rides at Home

Just because the parks are closed, it doesn't mean that you can't make your own Disney magic!

If you’re missing Disney, you’re not alone. But true fans won’t let a closed park ruin their good time—instead, they’ll create their own Disney magic right in their living rooms! That’s what Jess Siswick decided to do when her trip was canceled after the parks shut its gates in March because of the coronavirus pandemic. With a little extra time on her hands, she used some household objects to recreate a day at the Magic Kingdom, uploaded it to Twitter with the hashtag #HomemadeDisney, and a movement was born.

Now, other people are getting in on the action, too, and Siswick couldn’t be happier. “All you need is imagination! A hairdryer can become an astro blaster, a sofa becomes a pirate ship,” she tells Reader’s Digest. “But my favorite part of all these videos has been seeing the happiness recreating these memories has brought in a time of great uncertainty. I think Walt would be proud.” We think so, too. Check out some of Siswick’s most popular videos and a few from other Twitter users. Then post your own Disney magic to spread some much-needed cheer. For more fun from the comfort of your own couch, take a virtual ride on more than 20 of the best Disney attractions.

A day at the Magic Kingdom

Very possibly the best thing about the Magic Kingdom when you’re recreating it at home? There’s no wait to get in! Scanning your Magic Band and going through security is a breeze, and walking up to see Cinderella’s Castle by yourself is a dream come true. In her inaugural #HomemadeDisney video, Siswick also goes on a few homemade rides, including the Mad Tea Party, It’s a Small World, and the Haunted Mansion, where she glides by Madame Leota in her crystal ball. Her real MVPs in this video and all the others? “My office chair and a $40 projector,” Siswick says. In case you were wondering, this is Disney’s most popular ride around the world—and no, it’s not Space Mountain.

The Twilight Zone Tower of Terror

This one seems particularly apt since we all feel like we’re living in the Twilight Zone right now. The video opens with a Rod Serling-esque narrator, custom-recorded by the voice actor from the actual ride after another fan introduced him to Siswick, who explains that this is a story about a “Disney fan recreating her favorite rides on social media while isolated at home.” From there, Siswick reenacts the elevator-drop sequence from this Hollywood Studio favorite and even includes details like the windows opening at the top of the tower where your photo is normally taken. Once the “ride” is over, Siswick starts frantically looking for her lost Minnie ears, which have flown off during the ride. Yep, been there! Here’s how long it would take to ride all of the rides at Walt Disney World.

This rendition of everyone’s favorite spooky ride includes both the stretching and lightning-changing portraits that you see at the actual attraction before you get into the ride car. You might even catch a glimpse of the Hatbox Ghost and one of the spectral hitchhikers on your terrifying tour. And just like at Disney, once you get off the ride, you’ll want to get right back in line to experience it again! Check out these 15 things you never knew about the Haunted Mansion.

Who’s up for a little friendly competition? It’s time to take a spin on Buzz Lightyear’s Astro Blasters, where hitting targets with your trusty blaster/hairdryer earns you points and, quite possibly, the title of Galactic Hero. Just watch out for Evil Emperor Zurg! Siswick’s brilliantly added touch of tripping on the moving walkway at the beginning really helps to make this recreation seem like the real thing.

Trying to get a Rise of the Resistance boarding pass

It’s always hard to get the coveted Star Wars: Rise of the Resistance boarding pass—apparently even when you’ve got the Disneyland app open and, you know, you’re by yourself at home. The frustration and disappointment of not being able to ride the brand-new attraction inside Star Wars: Galaxy’s Edge is something many Disney visitors can relate to. Until you can try again in real life, go behind the scenes of the most immersive attraction ever created in a Disney park.

Take a walk on the wild side at Disney’s Animal Kingdom. Siswick’s video starts exactly how a normal trip would—pushing past overgrown plants and checking to see if your favorite driver is working at Kilimanjaro Safari. Then, after making it all the way to DinoLand U.S.A., finding out that Primeval Whirl is closed for an extended time. These are the real places that inspired some favorite Disney rides at the Animal Kingdom and elsewhere in the parks.

Relaxing in the Animation Courtyard at Disneyland

Disney California Adventure’s Animation Courtyard has a ton to do inside, but it’s also a great spot to relax and cool off. This video has recreated the best parts of Animation Courtyard, where clips from Disney films are shown all around you, along with an iconic song from each film; here, it’s “Let It Go.” The second part of the video shows the drawing classes inside the pavilion, where you can take a short quiz to find out which Disney character you are most like. Think you know everything about Disney movies? See if you can guess these Disney villains by their last words.

This one isn’t a video recreation, and if you’re a Disney regular, you’ll understand why. Disney fans know the unique anguish of racing to Fantasyland right when the park opens only to find that Peter Pan’s Flight already has an hour-long wait. Sigh. You might as well get in line, though, because the wait is only going to get longer as the day goes on.

Getting a reservation at Disneyland’s Blue Bayou is usually a challenge, but when you recreate the dimly lit New Orleans–style restaurant at home, there’s always a table with your name on it! Here, Siswick watches the boats from Pirates of the Caribbean float by, waves at passing riders, and spots the old man from the ride on his front porch, playing the banjo as fireflies dance around him. Bonus: She didn’t forget to order a mint julep with a glow cube! Have you heard of Club 33? It’s the hardest restaurant to get reservations for at Disney World.

Feeling cooped up? Take a ride on Soarin’ Over California, a long-lost attraction that lives on in homemade form here. But safety first! Before Siswick takes flight, she buckles up and even tugs on the yellow safety tab to make sure her seat belt is securely fastened. Since Soarin’ used a combination of wind and scents to create an immersive show, it’s only fitting that something is sprayed to recreate the ride’s iconic orange-grove scene. Here are another 10 discontinued Disney rides we wish would come back.

So, how have other Disney fans taken the #HomemadeDisney idea and run with it? Here’s one example from Twitter user Kate Abbott. This recreation of the classic Disney ride is adorable, featuring special touches like the clock tower and the train passing by, just like it does at Disneyland. You might even spot a few hidden Disney characters along the way. Be warned though: After watching this video, you will have the song stuck in your head for the rest of the day.

The Happily Ever After fireworks show

We’ve all been there: You’ve been waiting patiently in your spot for more than an hour to see the big show, and then just as it starts, someone with a kid on their shoulders steps right in front of you. There’s nothing worse than having this happen after a long day in the parks, but it sure is funny in this homemade Disney video. See which rides you should go on twice on your next visit to Disney World.

The Festival of Fantasy Parade

No trip to the Magic Kingdom is complete without seeing the daily parade. Disney’s Festival of Fantasy Parade features dozens of beloved characters, brightly colored floats, and an earworm of a soundtrack. This recreation by Disney fan @linz_pinz uses a game board with Cinderella’s Castle at the center as a mini parade of characters goes by. The gold balloon animal as Maleficent as a dragon breathing fire may be our favorite part. 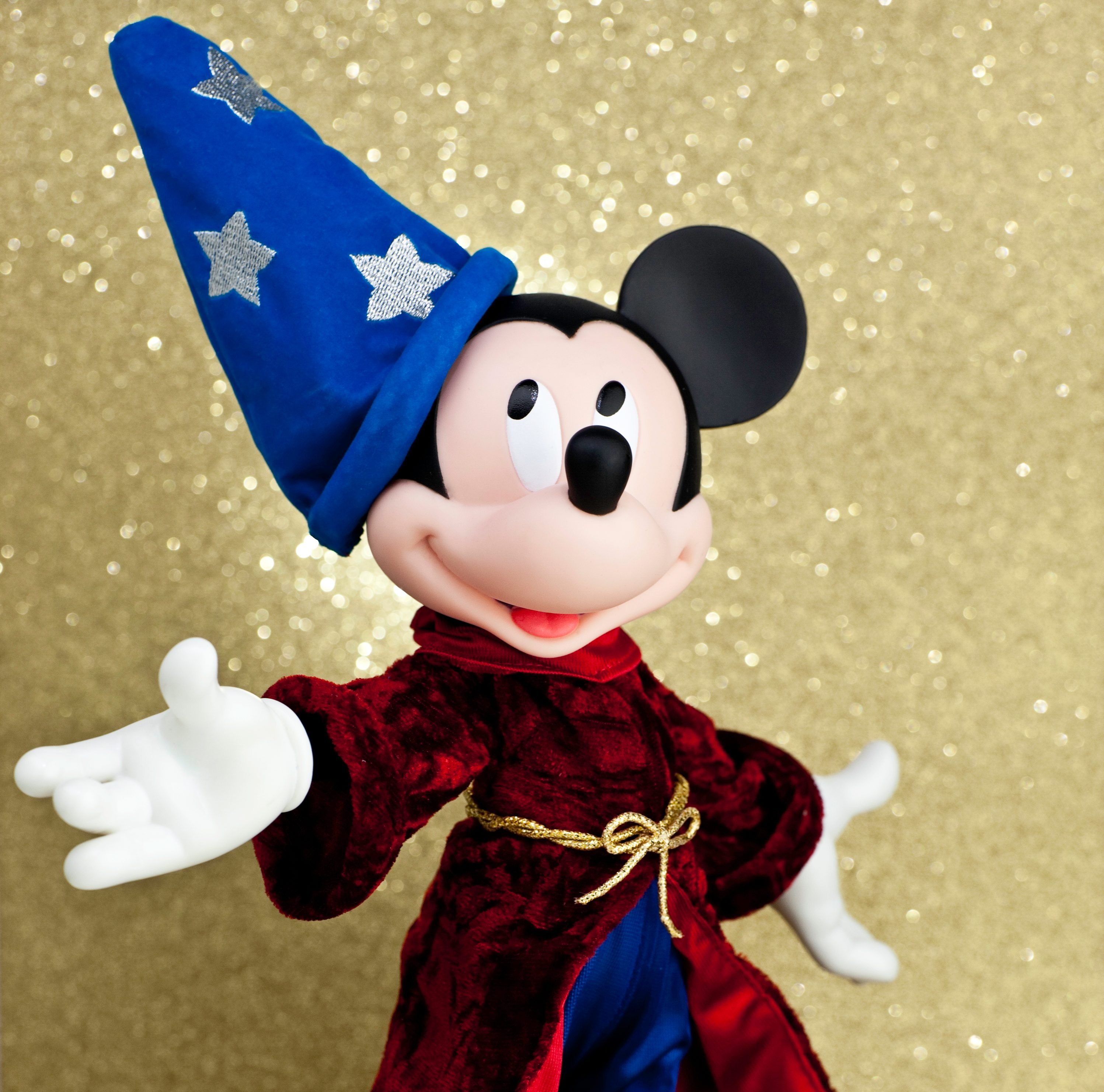 There’s no shortage of #HomemadeDisney videos, but it’s easy to fall down a rabbit hole once you start searching. So, what should you watch? Here are a few more standouts, according to Siswick: “Winnie the Pooh by @theyjustlikeus, @RobJYeo and his hilarious Star Wars Smugglers run recreation, and @_bwalker and his family’s recreation of Frozen Ever After.” Once you’ve had your fill of Disney (if that’s possible), check out these other virtual day trips you can now take online.