11 Beloved Dog Breeds and the Fascinating Origins of Their Names

How did a schnauzer, a beagle, or a Dalmation get its name? Here, interesting facts about how popular dog breeds earned their names. 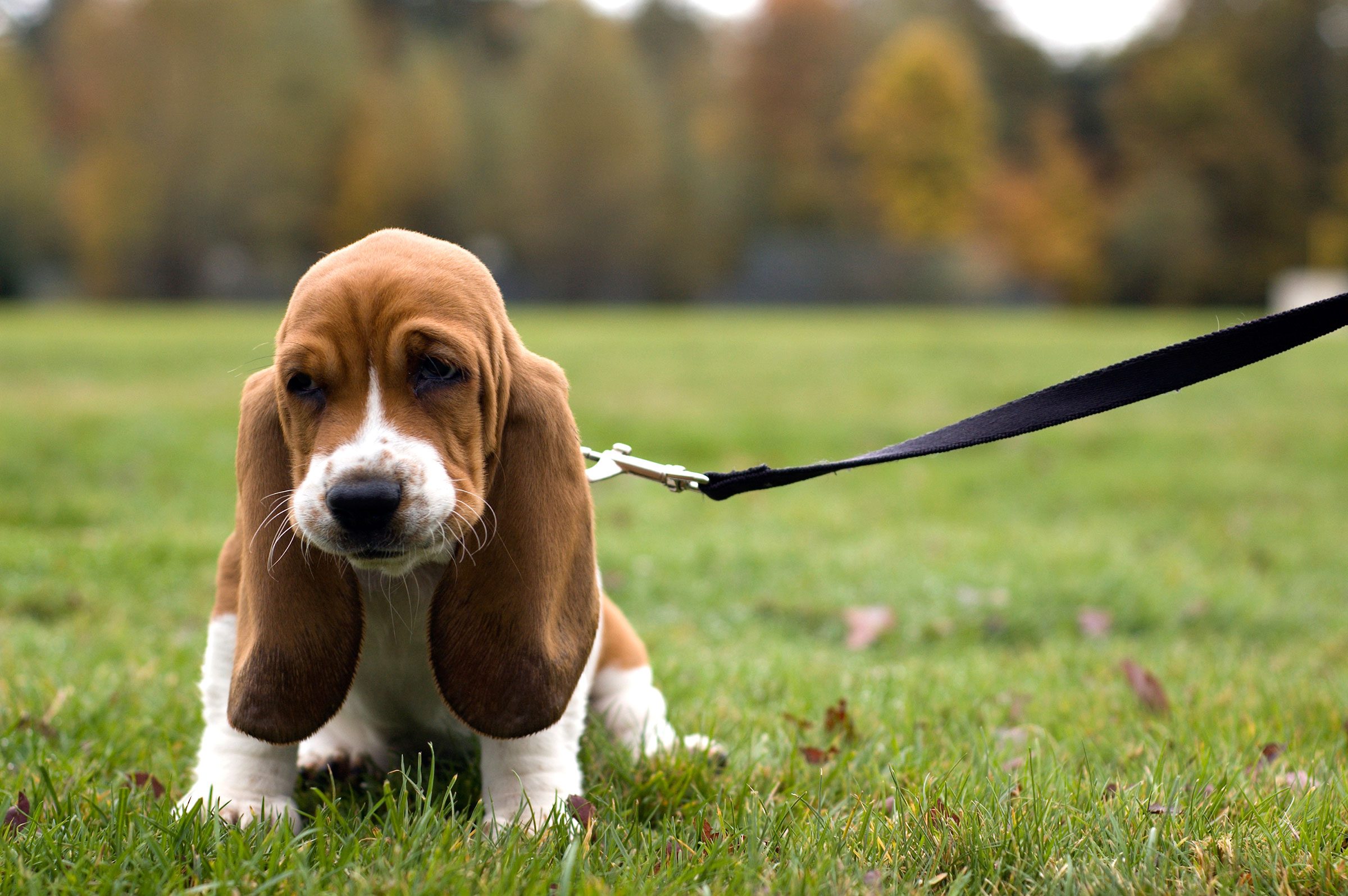 These stout, low-slung dogs are of French origin. They were used for hunting—especially badgers and rabbits—in France since medieval times. The name, which goes back to the early 1600s, was a direct reference to the dog’s low-slung appearance: bas means “low” in French, and the et suffix is simply a diminutive, so basset basically means “little low dog.” 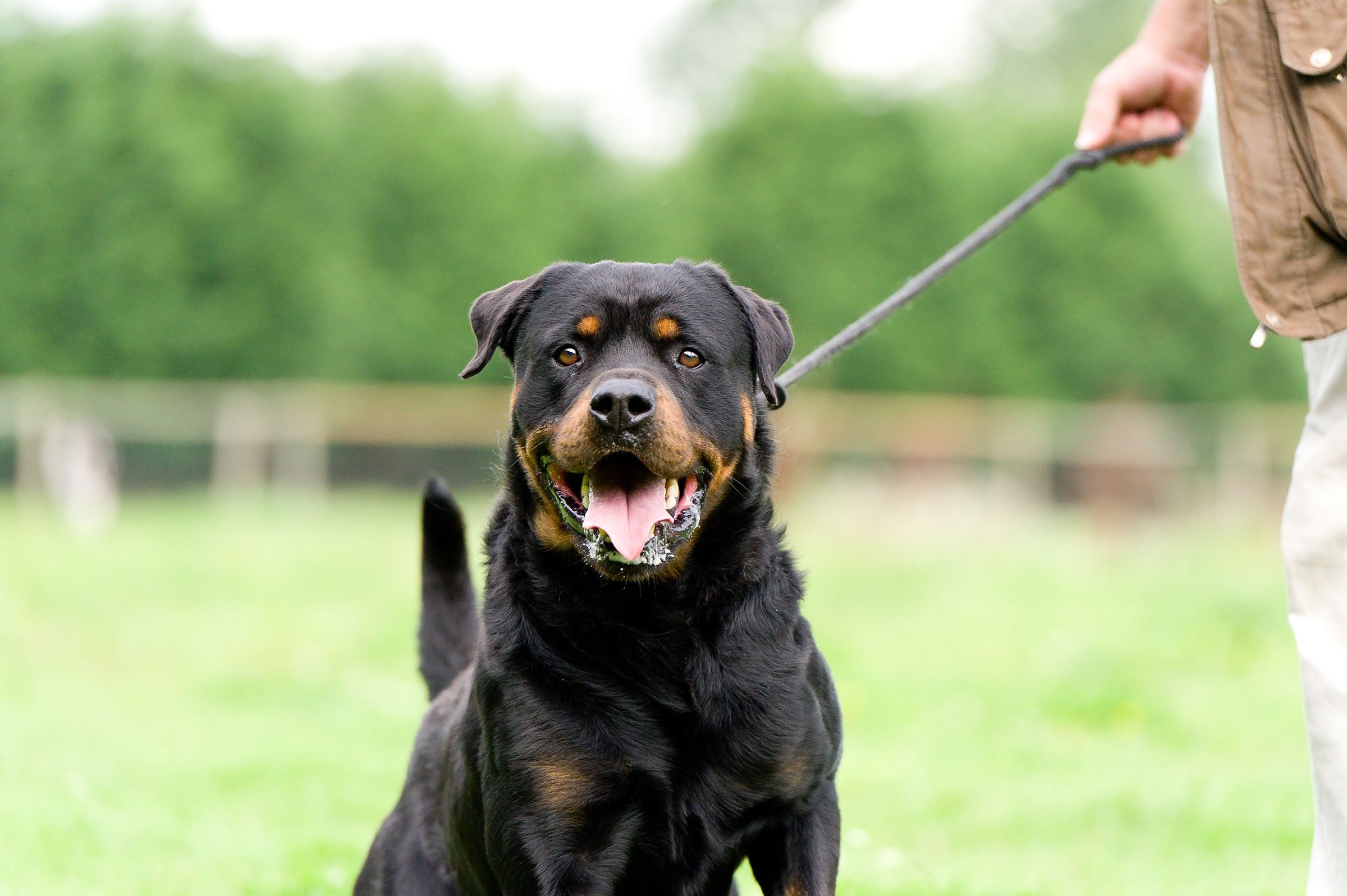 Ancient Romans traveled throughout Europe with large, powerful cattle-herding dogs. Centuries later, during the Middle Ages, butchers in the city of Rottweil (in what is now southern Germany) used descendants of those dogs as guard dogs, and they became known as Rottweiler Metzgerhunds—or “Rottweil butcher dogs.” That was later shortened to just “rottweiler.” Don’t miss these astounding secrets all dogs know about their owners. 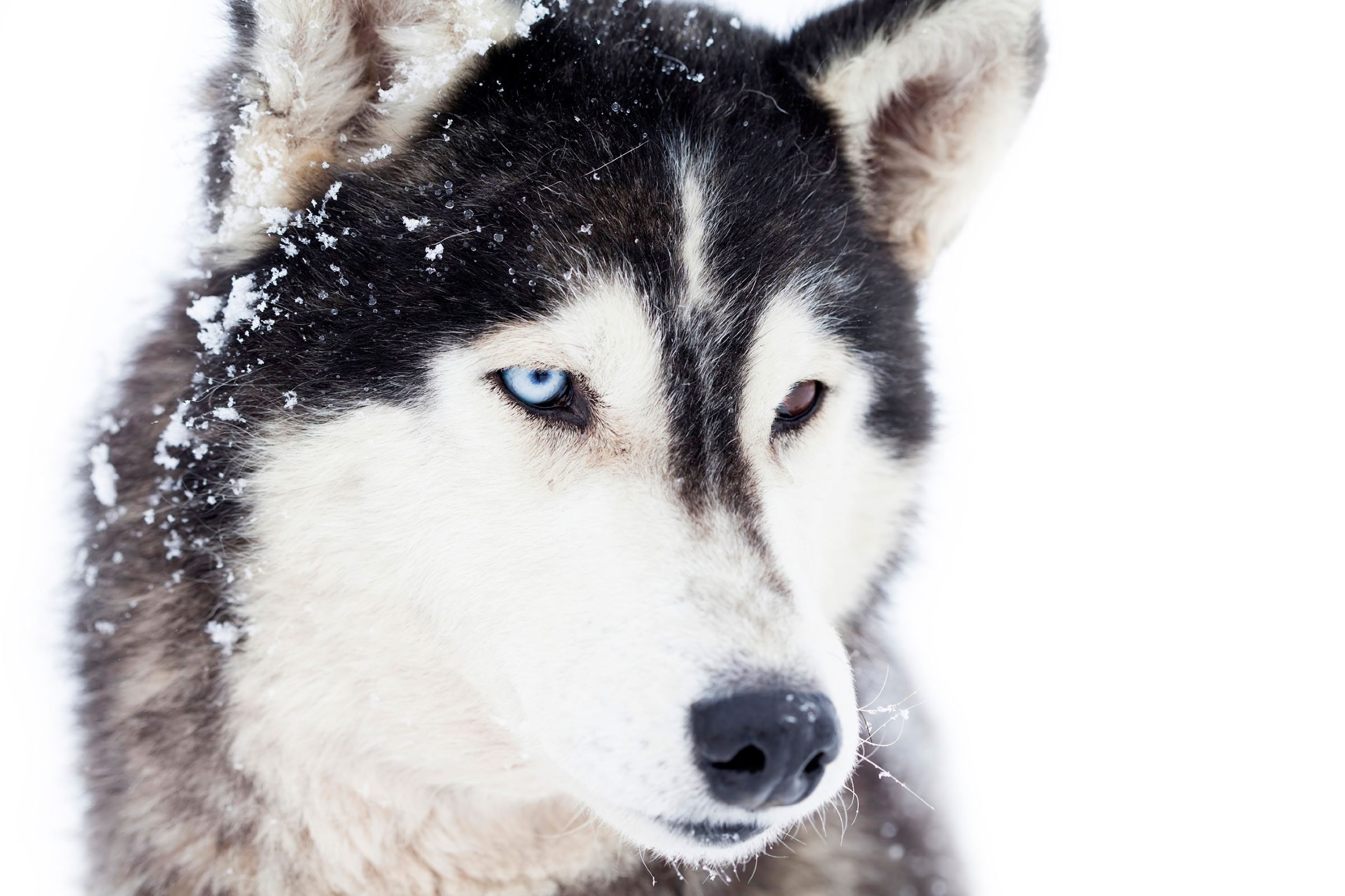 “Husky” is a general name for several types of Arctic-based sled dogs, although there are a few recognized breeds that use the name, including the Siberian Husky and Greenland Husky. The term “husky” originated in the mid-1800s as a derivation of “hoskey dog,” or “esky dog”: both as variations of “Eskimo dog.” (Eskimo people are more properly known today as Inuit.) 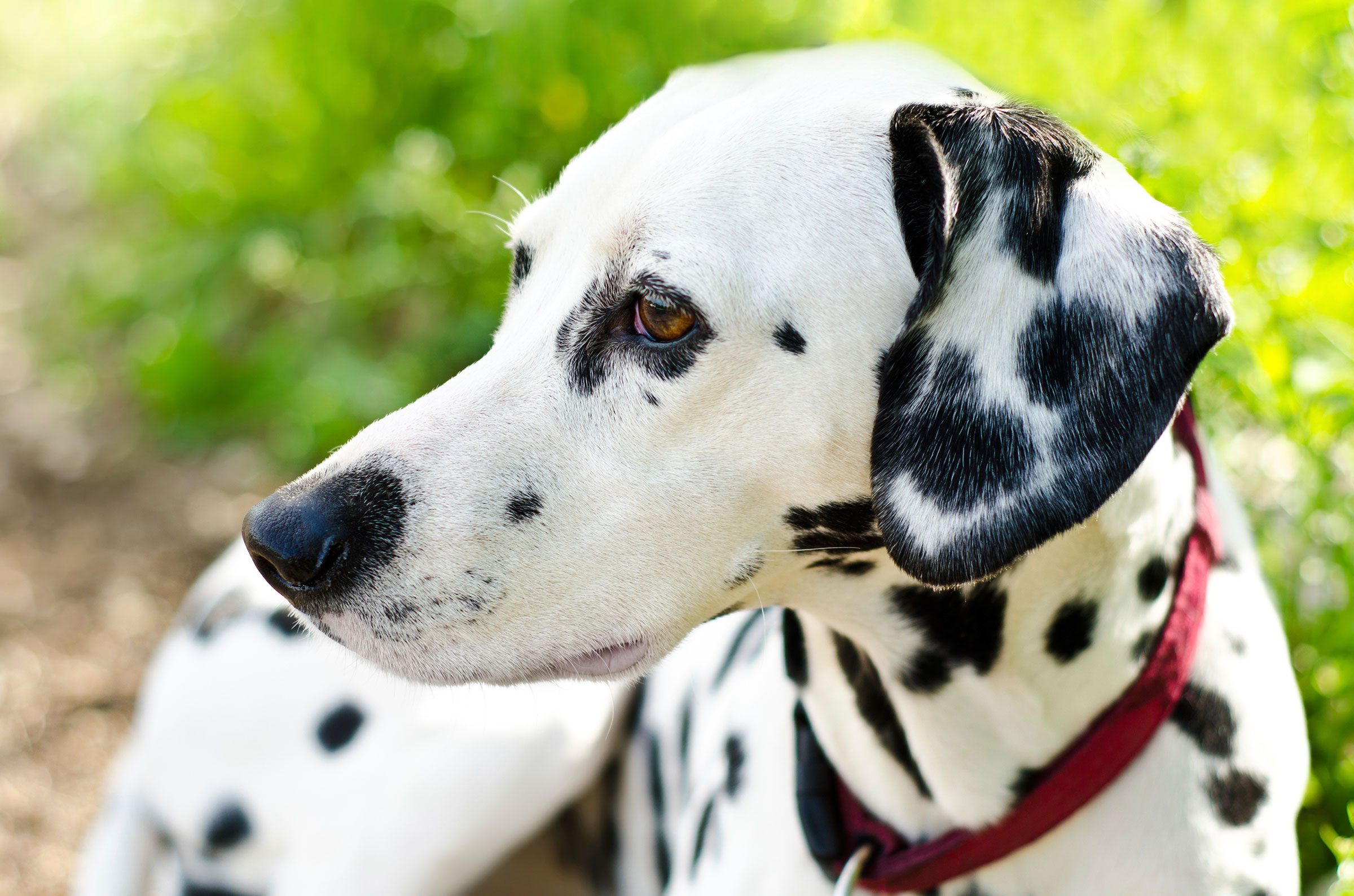 The famously spotted Dalmatian was named in the early 1800s, after the region where it was believed to have been first spotted, er, bred: Dalmatia, on the Adriatic Sea coast of Croatia. These small terriers originate in the Scottish Highlands, where they were bred to hunt small pests, such as rats and mice. A common feature in the Highlands: cairns—large man-made stone piles, which were used as landmarks and memorials. These tough little terriers were known for their ability to rouse prey from those cairns, hence their name. “Terrier” comes from the old French chien terrier, literally “earth dog.” Never heard of the cairn terrier? You’ve almost certainly seen one: A cairn terrier named Terry played a little doggie named Toto in 1939’s The Wizard of Oz. 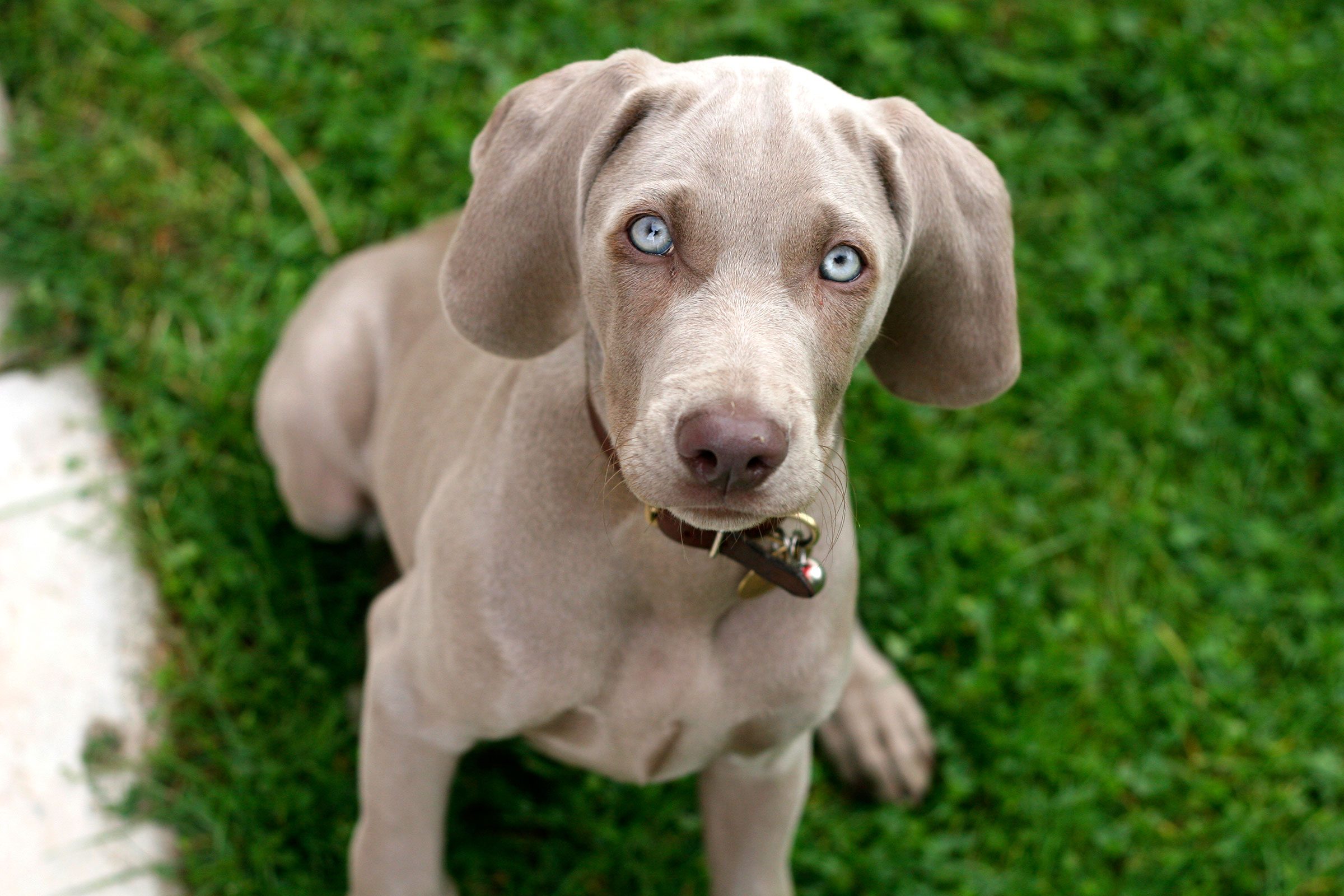 The swift, long-legged Weimaraner was bred for hunting—by royalty and royalty only—in the early 1800s. They were named for one of their early enthusiasts, the Grand Duke Karl August of Weimar. (Today, Weimar is a state in central Germany.) Make sure you know these sure signs that a dog trusts you. 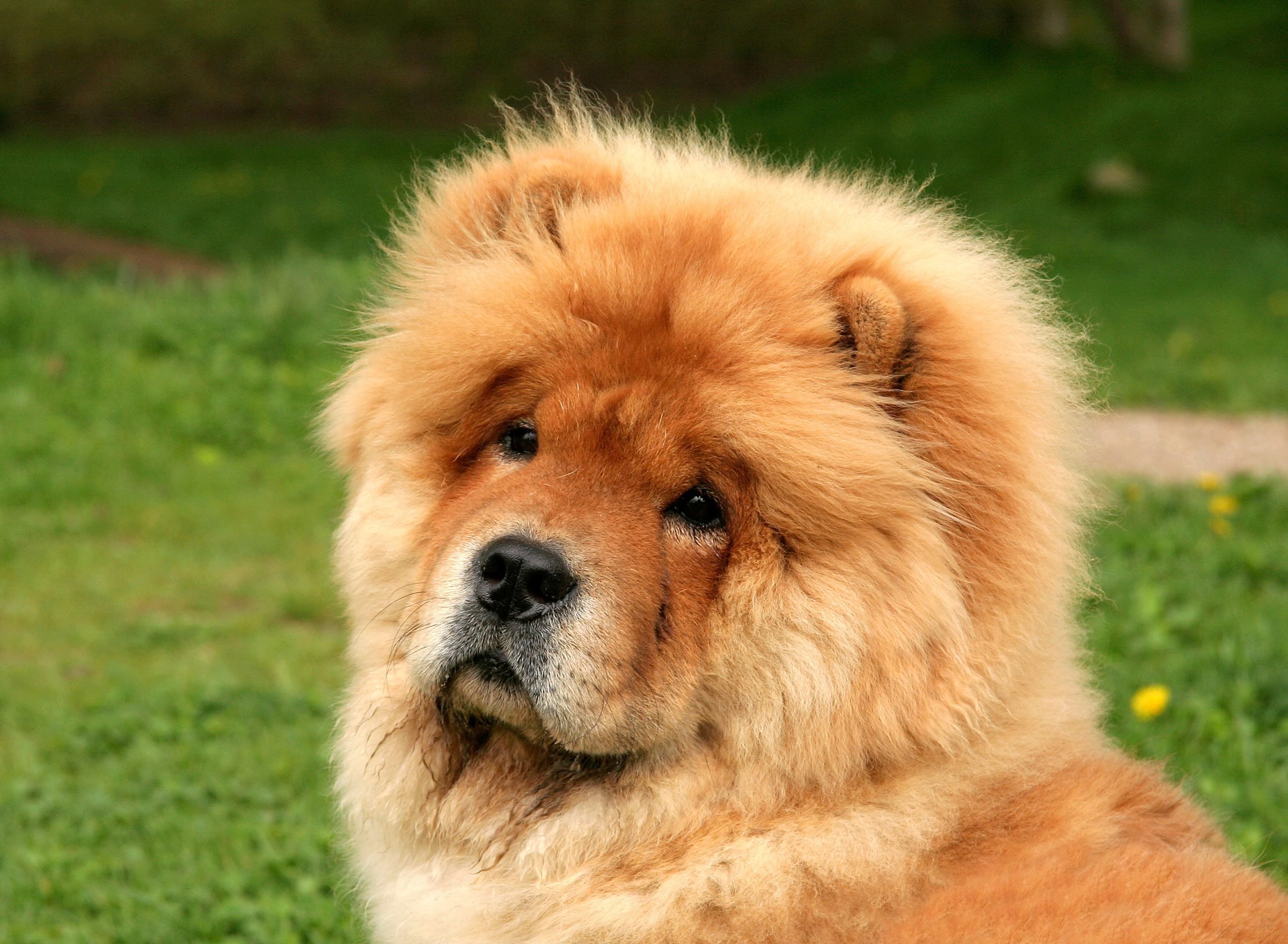 The Chinese call this large, fuzzy, black-tongued dog songshi quan, or “puffy-lion dog.” The name “chow chow” is a nonsense word, a pidgin English term that was once applied to all knick-knacks and goods from china, probably because the Chinese names were too difficult for English-speaking people to pronounce. So when the dogs were first introduced to Great Britain in the 1880s—they were called “chow chow,” too … and the name stuck. 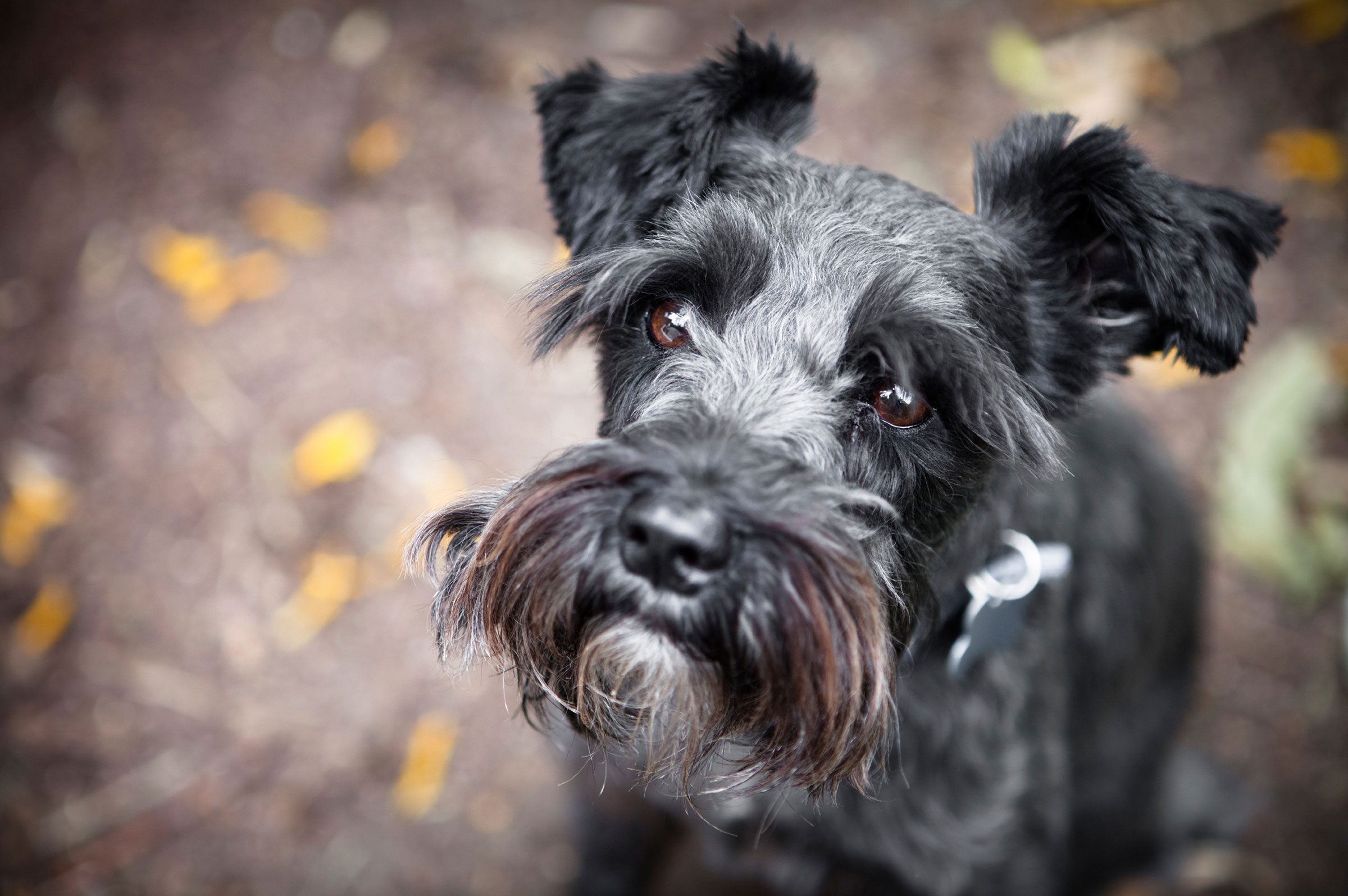 Schnauzer: Named for its Snout

The German schnauzer is known for its distinctively long, squarish snout—and that’s where they got their name: the German word for “snout” is Schnauze. You’ll want to follow these tips to becoming a dog’s favorite human. 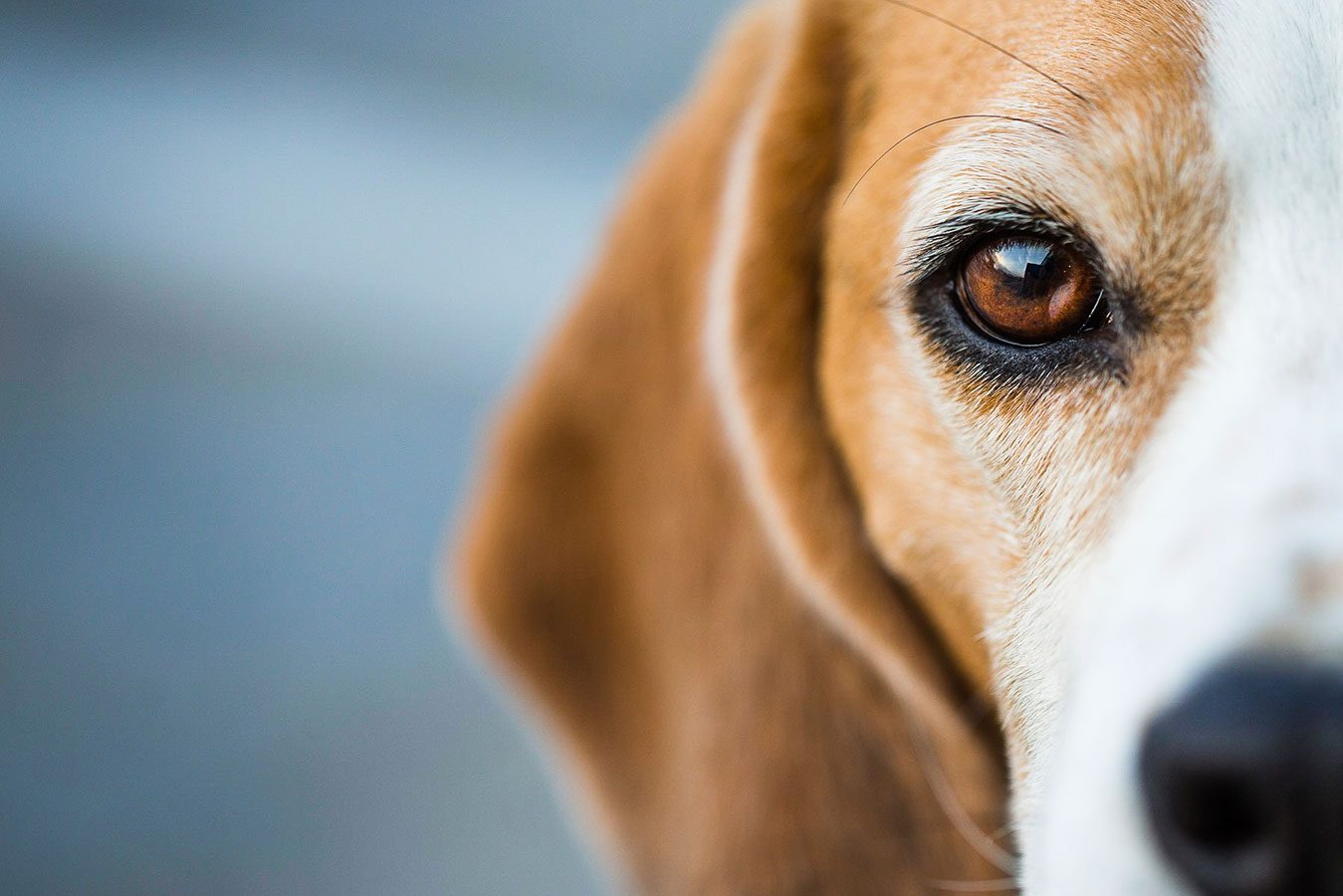 The name “beagle” first entered the English language in the late 1400s. According to etymologists (and the American Kennel club) it came from the old French word beeguele, or begueule—meaning “wide open throat,” or “gaping throat,” probably because of the beagle’s tendency to howl at its prey while on a hunt.

Whippets are descended from the English greyhound and, in fact, look like small greyhounds. Their name goes back to the early 1600s and is believed to come from the verb whip, referring to the whippet’s great speed. They’re also known as “snap dogs,” after the quick manner in which their jaws “snap up” prey. Check out more surprising superpowers that all dogs have. 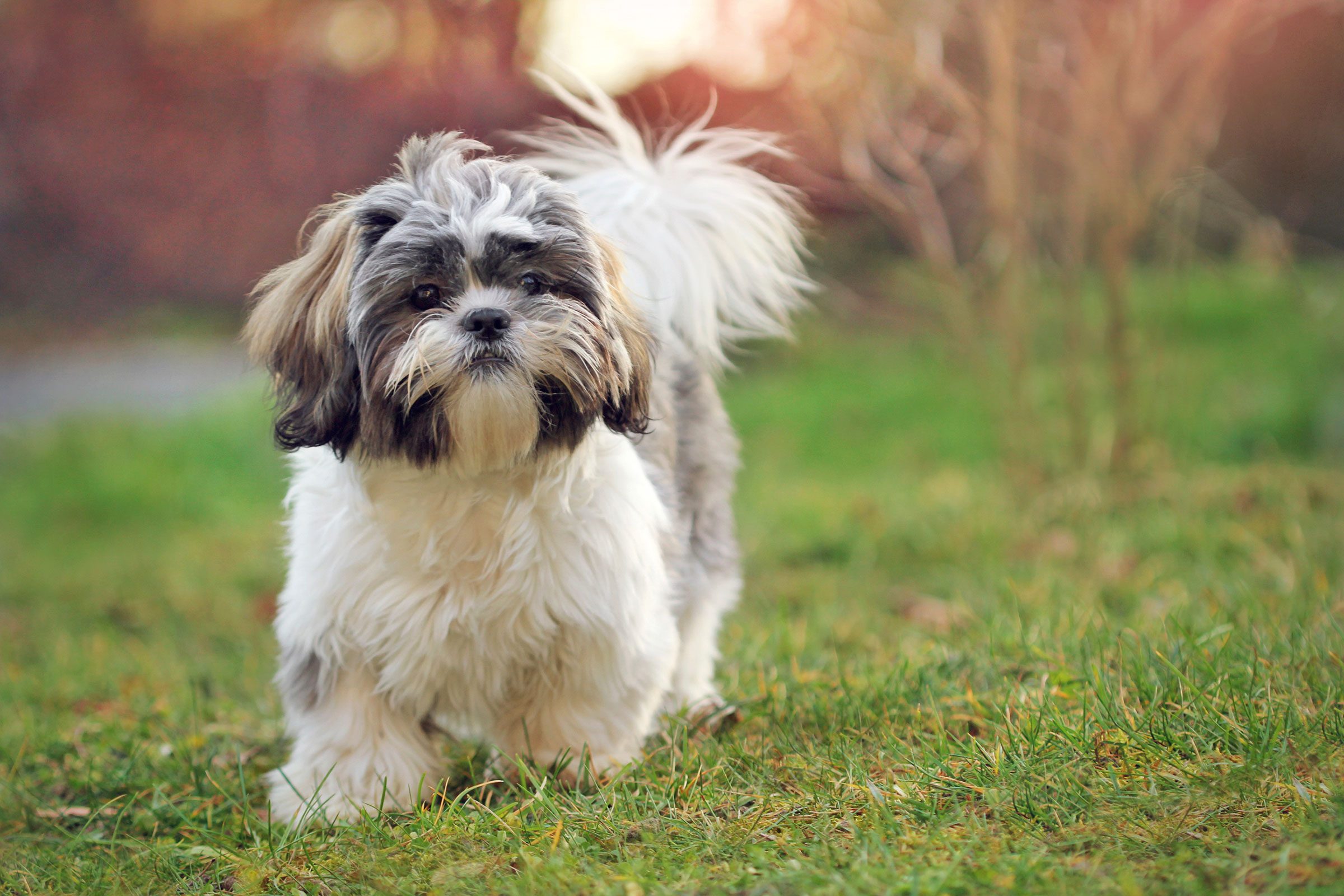 Shih tzu is derived from the Chinese name for these dogs, which translates to “little lion.” These tiny long-haired dogs weren’t actually thought to resemble lions, but they did resemble lions as they were depicted in ancient Chinese painting and sculpture. (And who doesn’t like saying “shih tzu”?) Follow this guide to picking the best dog breed for you. 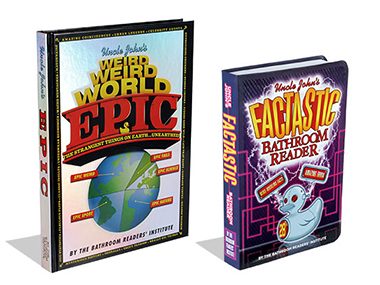