10 Dog Breeds That Get Stolen Most Often

If you call one of these breeds your own, keep a close eye on them. According to the American Kennel Club, these are the breeds that dog thieves are most likely to snatch. 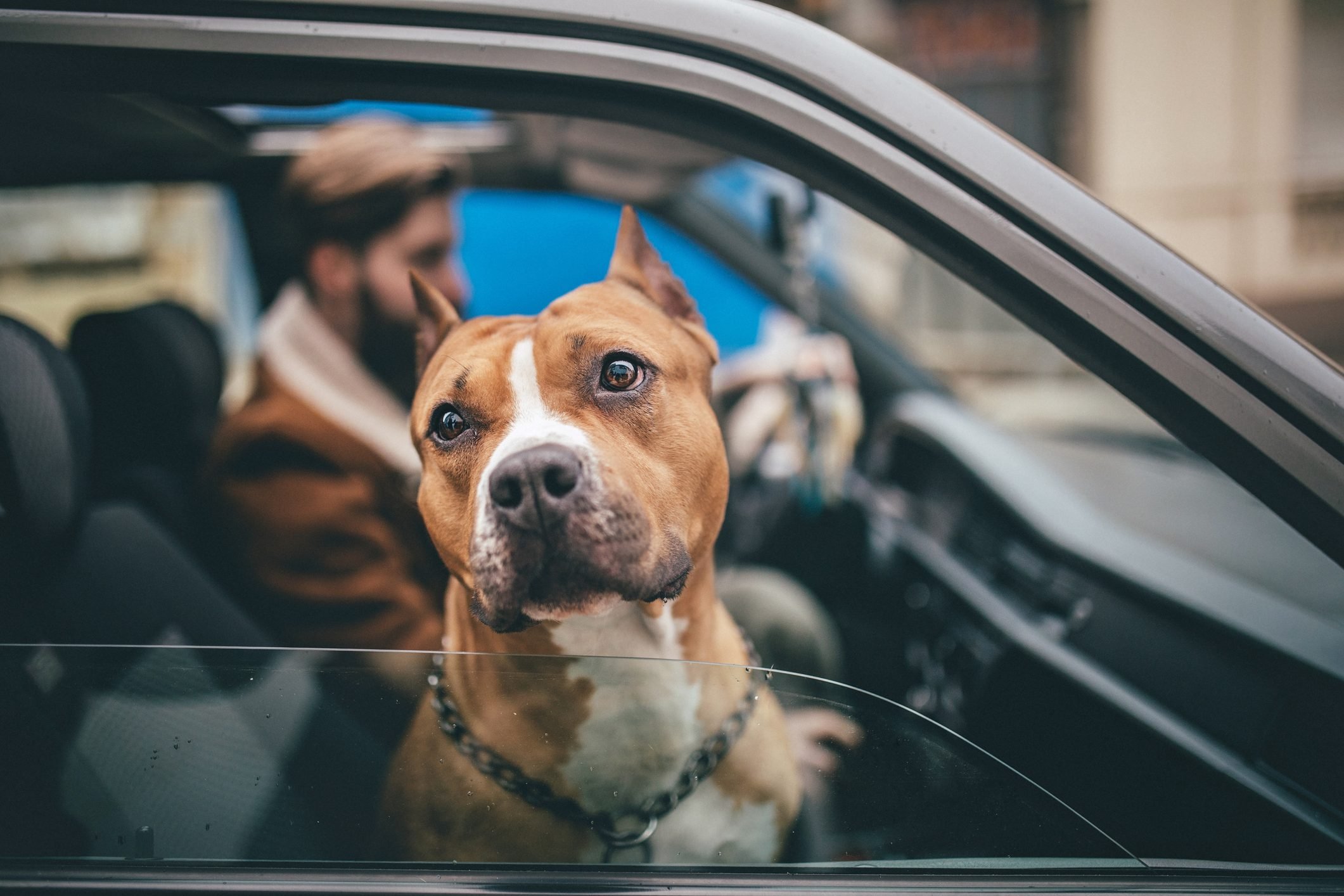 Why are dog thieves poaching specific breeds of pups off the front porch, the backyard, or in a parked car? It’s a matter of popularity and portability. “The most stolen breeds tend to correspond with the most popular breeds in the country at the time. Thieves also steal easily to carry dogs, which is why there are a lot of toy breeds on the list, says Brandi Hunter, vice president of American Kennel Club (AKC). Dogs are even stolen from pet stores and animal shelters, Hunter says. Based on media reports compiled by the AKC, there were 496 dogs stolen in 2019; thankfully, that’s down 8 percent from 2018. And purebreds aren’t the only ones taken by thieves. “Pitbull and Pitbull mixes are also one of the most stolen mixed breeds,” Hunter says. According to the Progressive Animal Welfare Society (PAWS), pit bulls are sometimes stolen to be used as “bait dogs” to train fighting dogs. By the way, you might be surprised at pitbull “facts” that are totally wrong. 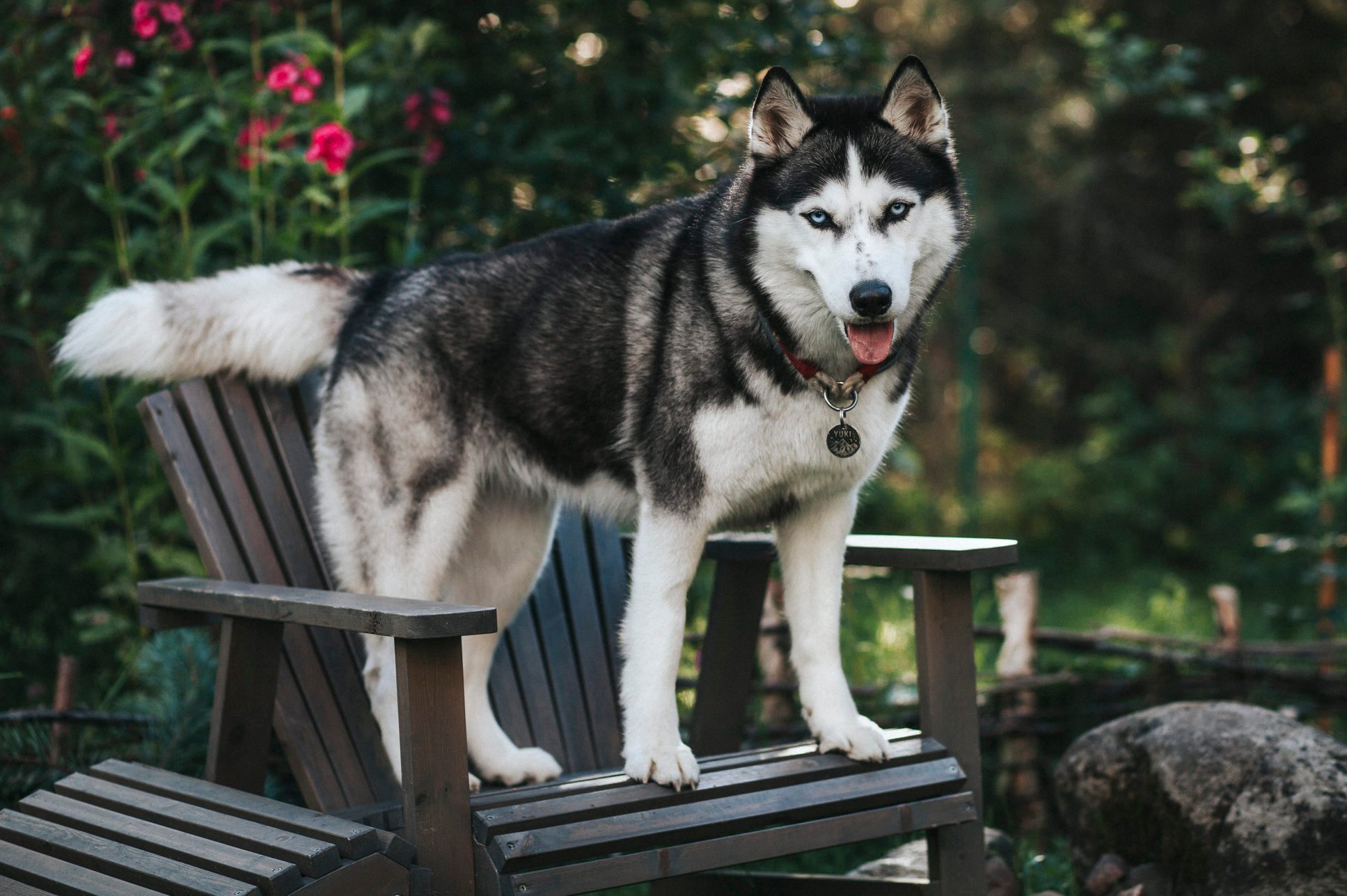 With its gorgeous good looks and stunning eyes, it’s no wonder the Siberian husky is the number ten dog breed on the list of pups that get stolen the most. They’re highly athletic, energetic, and friendly. Yes, friendly—despite their wolf-like appearance, they’re demeanor is hardly threatening. In fact, Siberian Huskies are remarkably friendly with strangers and they typically don’t make good guard dogs, which could make it easier for someone to nab them. 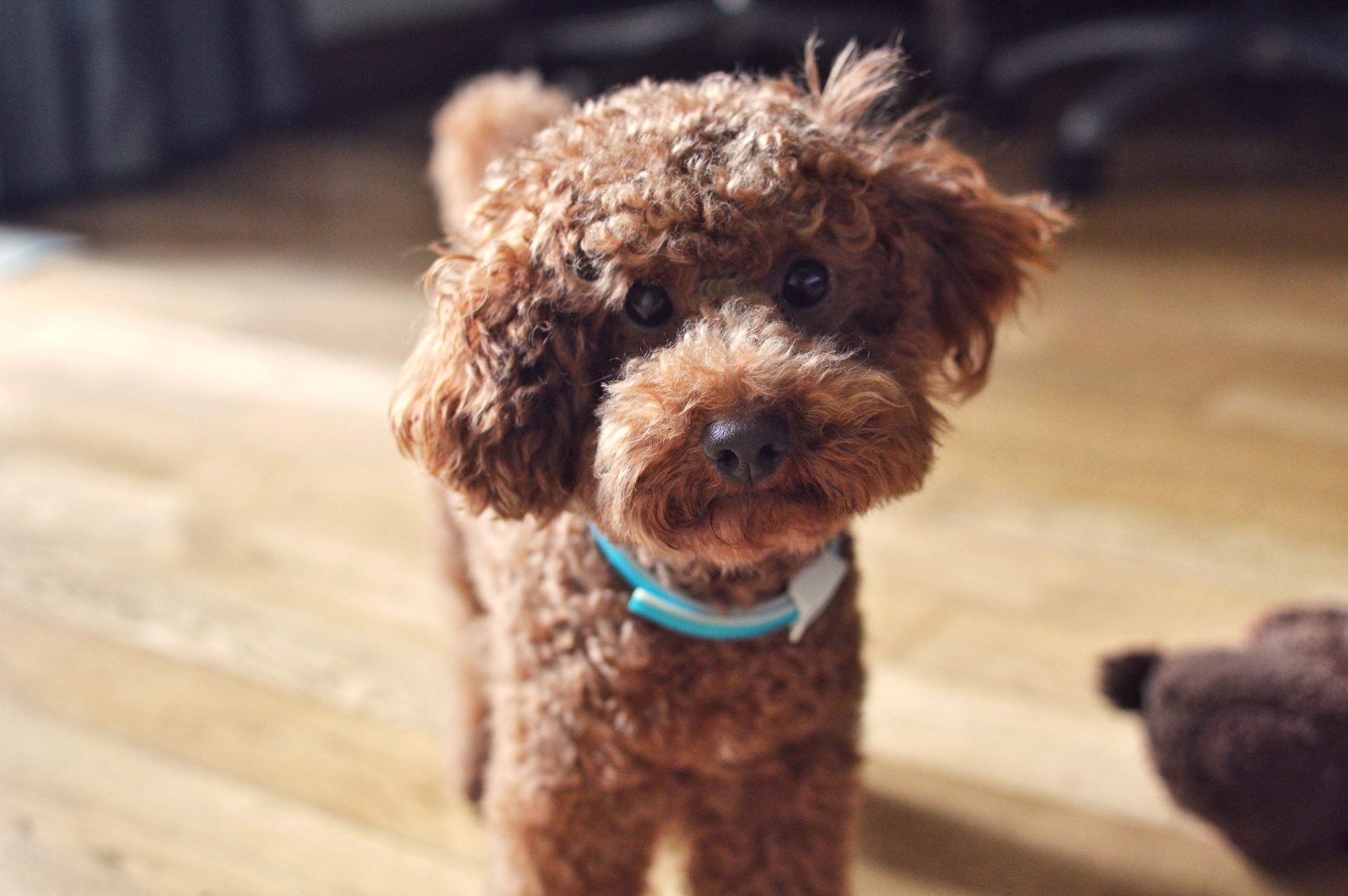 Poodles are continually in the top ten of the AKC’s most popular dog breeds, and popular dog breeds are more likely to be stolen. Poodles are coveted for their coat (made from hair, not fur), which produces fewer allergens. They’re devoted family members, with an easy-going personality, and are highly intelligent and eager to please. And there’s a size of poodle to fit any family— toy, miniature, and standard. The poodle is a favorite breed for families, but don’t miss the other cute and friendly breeds that make the best dogs for kids. 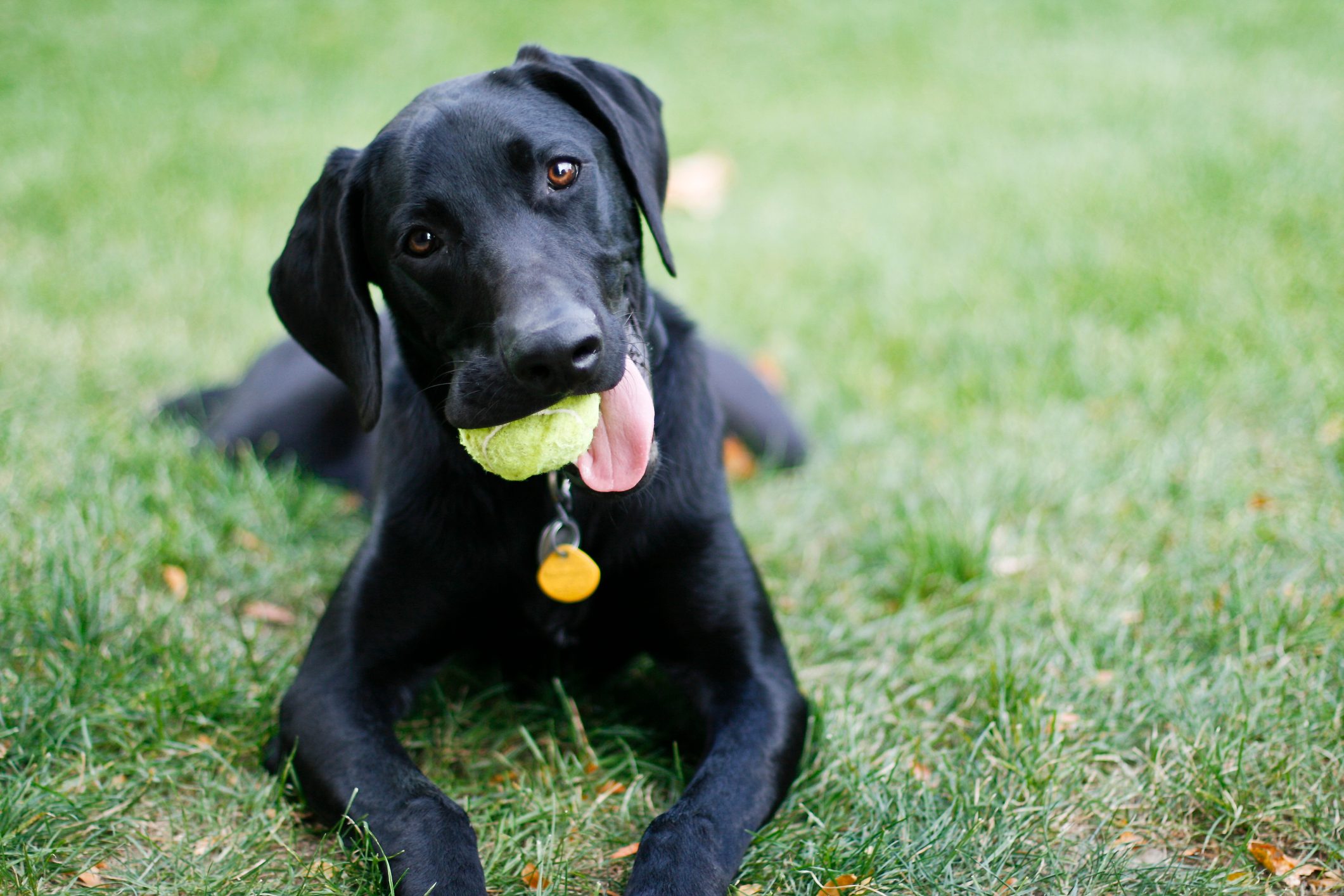 It’s no surprise the Labrador retriever is the number one dog breed on the AKC most popular dog breed list for 2020. After all, if dog breeds had yearbook superlatives, they would probably be awarded “most outgoing and friendly.” Yet, their glowing attributes don’t end there. Besides being a loyal companion, Labradors are highly sought after as therapy, rescue, and guide dogs. Their weather-resistant coats are perfect for swimming, retrieving, or playing in the snow; you’ll find them in chocolate, black, and yellow. Labradors are chowhounds and rarely turn down a snack, so it’s pretty easy for thieves to lure them away with any type of food. Don’t let your dog eat these foods which can have painful and sometimes life-threatening consequences. 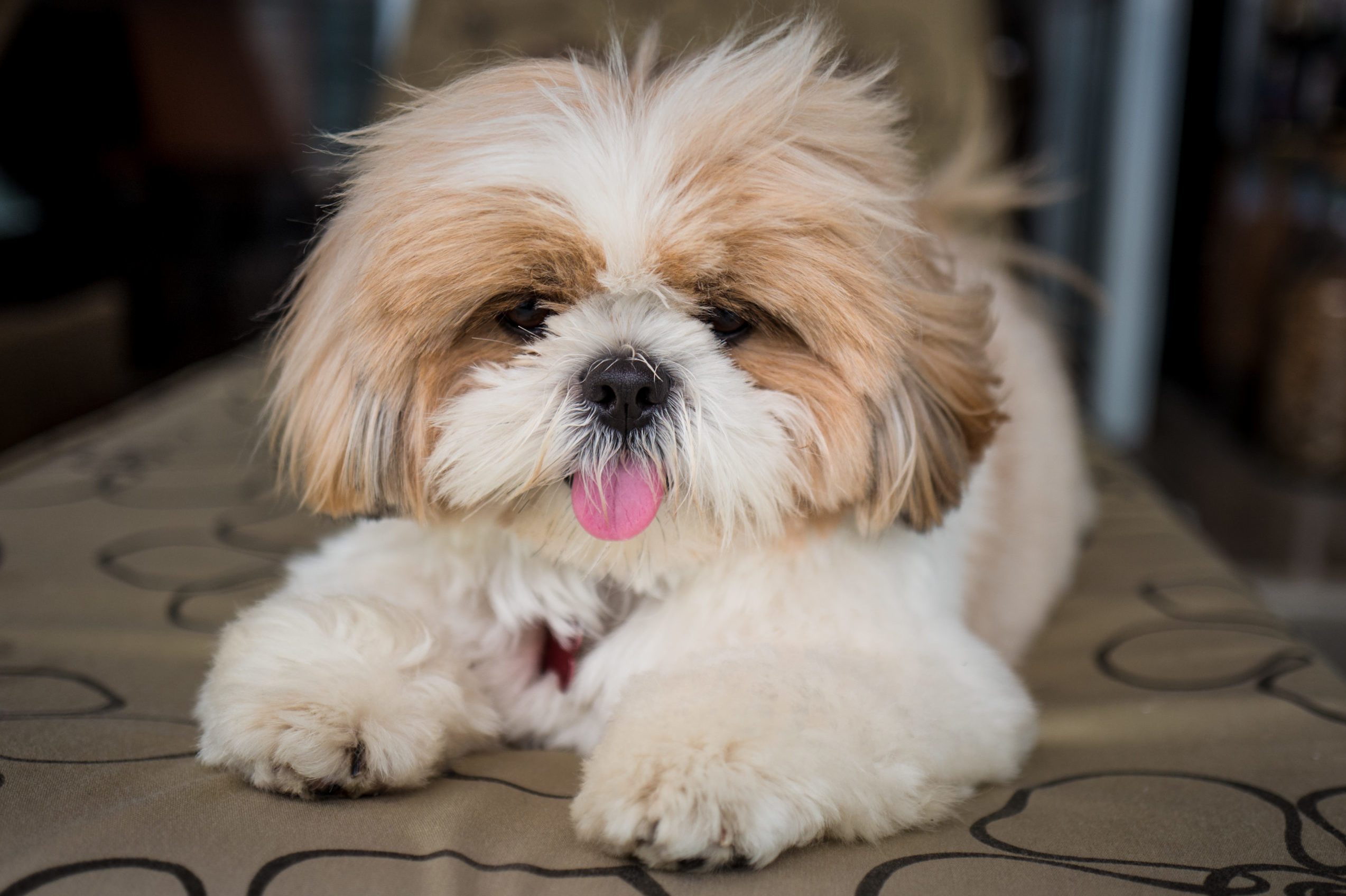 Delightful, lively, and bright, these adorable pint-size cuties were bred specifically to be companions of the Chinese royal court back in the early 1800s, making them a Chinese dog breed with a fascinating history. Today they are quite content to be companions and are a little more active than their lap-sitting ancestors. Playful and energetic, they absolutely love to be around people and other dogs. According to the American Shih Tzu Club, Shih Tzus adore people and the attention of people so much they would probably give a burglar a guided tour of your home. Do you know the difference between a Shih Tzu and a Lhasa Apso? They look so much alike it’s hard to tell. Test your dog breed knowledge and see if you can tell these similar dog breeds apart. 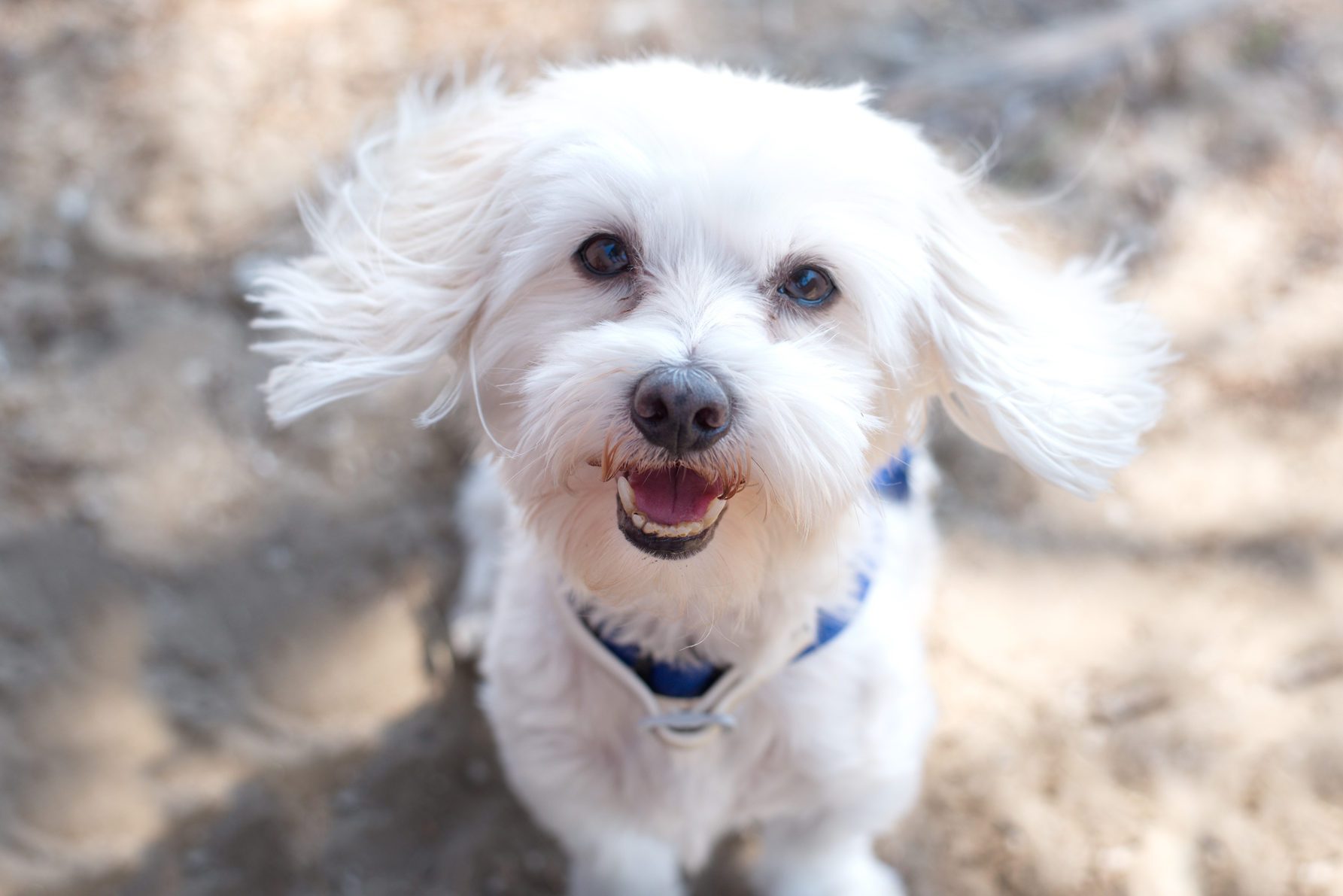 Maltese are highly recognizable for their gleaming white, silky hair and big expressive eyes. They’re full of energy yet don’t require a lot of exercise—they are happy with a brisk walk, indoor playtime, and of course, lots of lap time snuggling. They actually make good watchdogs, but their bark isn’t too threatening as they only weigh around seven pounds and at nine inches tall, they’re easy for would-be dog-nappers to scoop up. Experts say the Maltese is an ideal breed for busy people; check out 11more cute pups that are perfect for busy people. 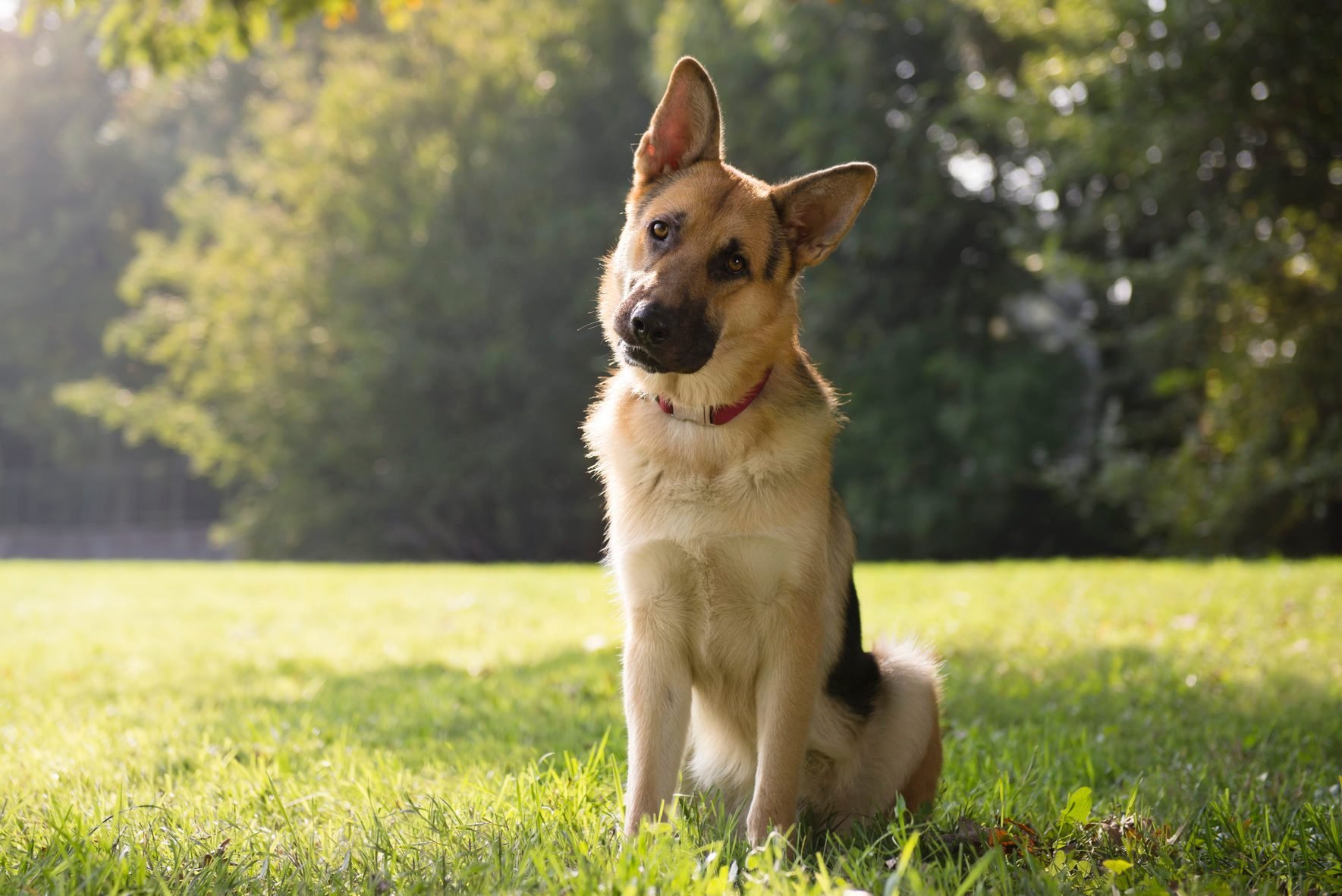 The German shepherd ranks second most popular dog breed according to the AKC. Actually, it’s been in that second position for the past 11 years, and perpetually in the top ten. The downside to long-standing popularity is that it comes with a higher risk of being stolen. German shepherds tend to be very protective of their humans and home. When meeting strangers, it’s not unusual for them to be aloof, which is why, according to Hunter, they’re typically stolen as puppies. 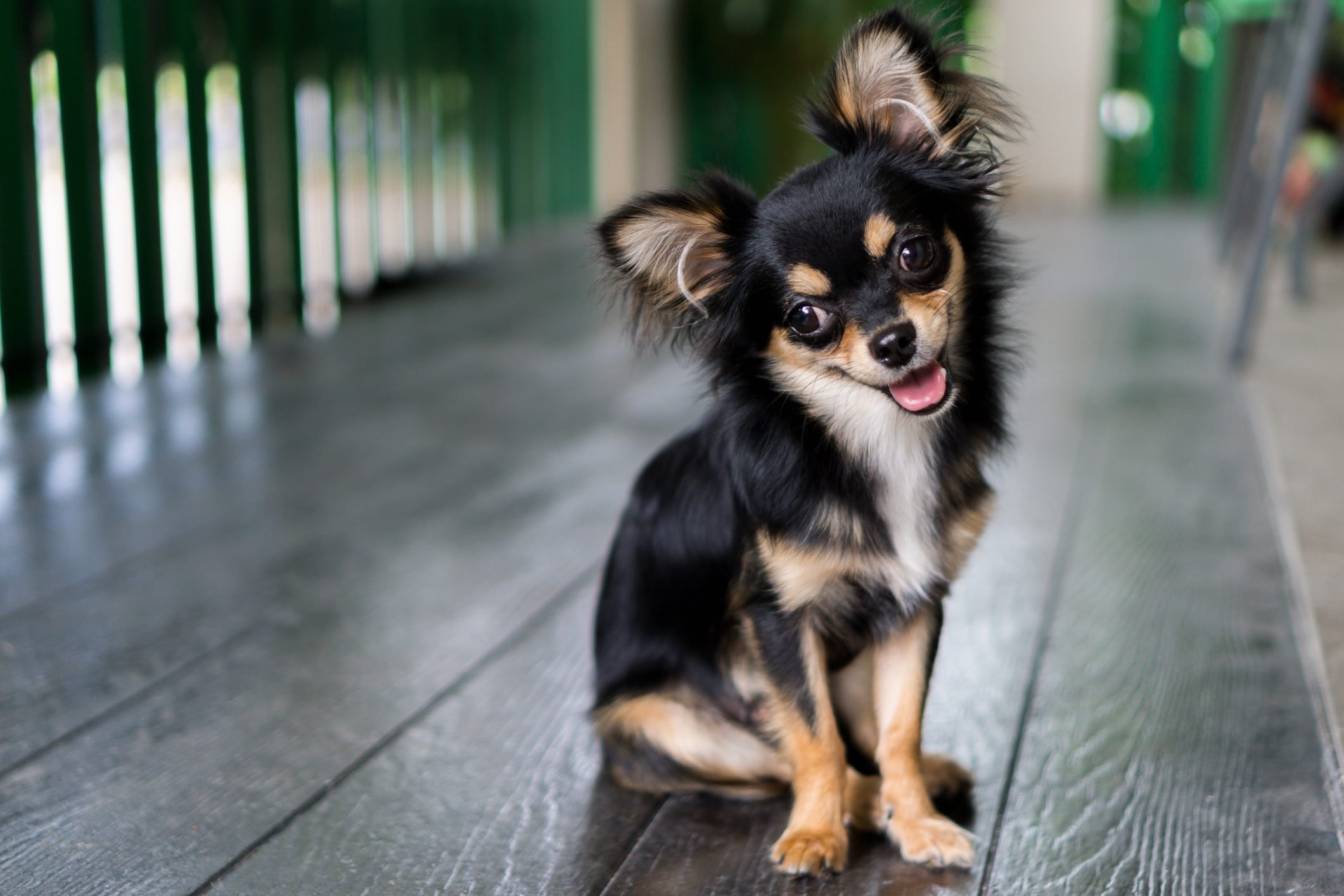 Long or smooth coat, Chihuahuas are oh-so-tiny and cute at around six pounds, yet they pack the personality and spunk of a 100-pound dog in their miniature frame. Adoring fans of this breed covet these pocket-size cuties because they adore their humans. In fact, Chihuahua’s are happiest as your side-kick and eager to go with you everywhere, including a walk on the town in a cozy tote. They’re generally wary around strangers and will warn you with boisterous barking when someone or something is at the door or outside your window. But their size is hardly intimating for someone who wants to quickly scoop them up. You’re gonna go “Ooh” and “Aah” over these irresistibly cute small breeds. 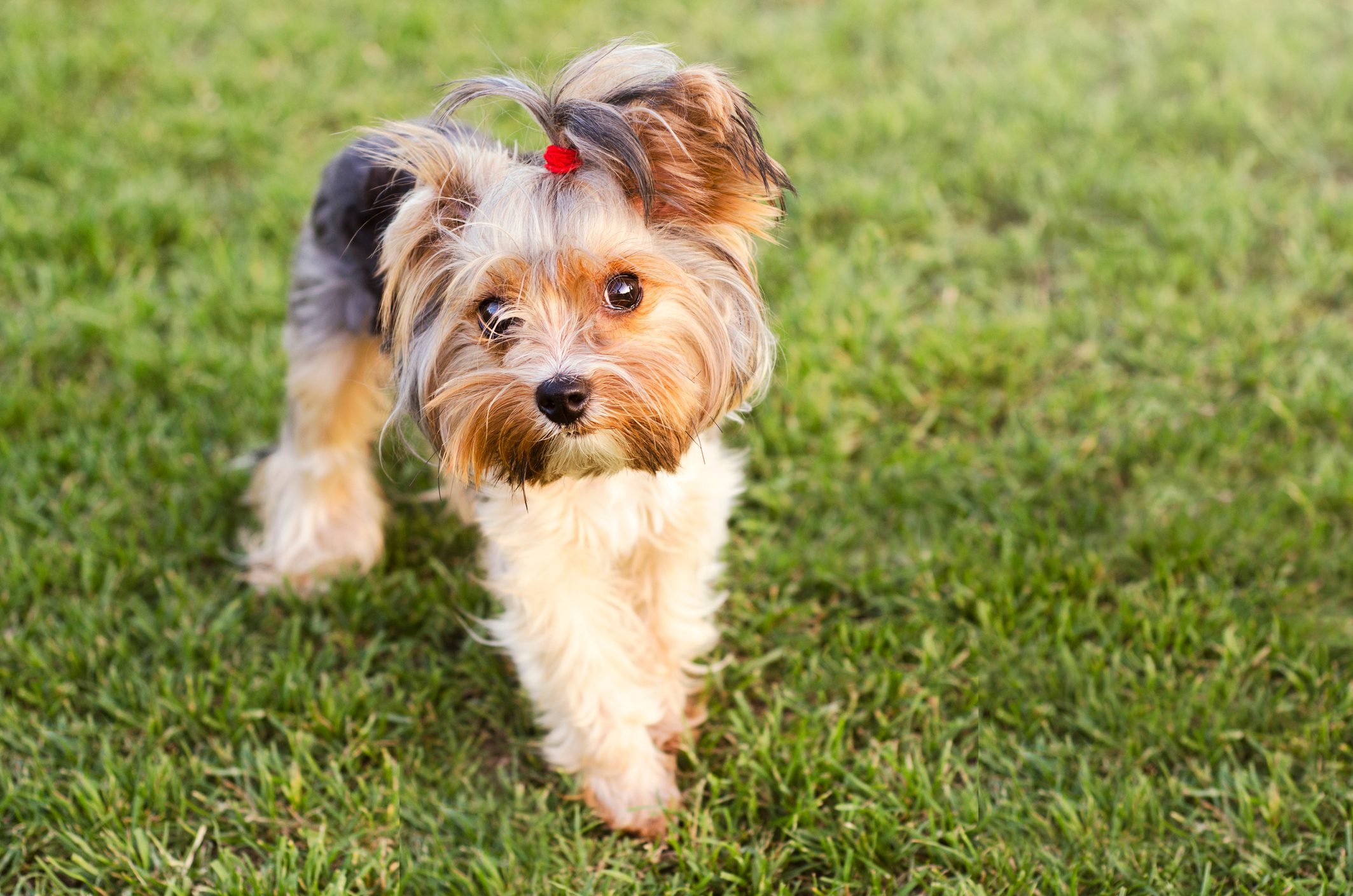 Courageous, feisty, confident, and cute-as-a-button, the dainty Yorkie makes friends everywhere it goes. Their cheerful expression and big round eyes, make resistance futile. Whether a Yorkie is sporting the long, flowy show dog look or a cute, shorter puppy cut, one of its coveted attributes is that it’s one of the dog breeds that don’t shed much. Fans love the Yorkies well-rounded personality too. They’re playful and do well in agility training, yet provide soothing assurance as a therapy dog. They love lap time but enjoy traveling also. Speaking of, here’s everything you need to bring on your next road trip to keep your pooch happy, healthy, and safe. 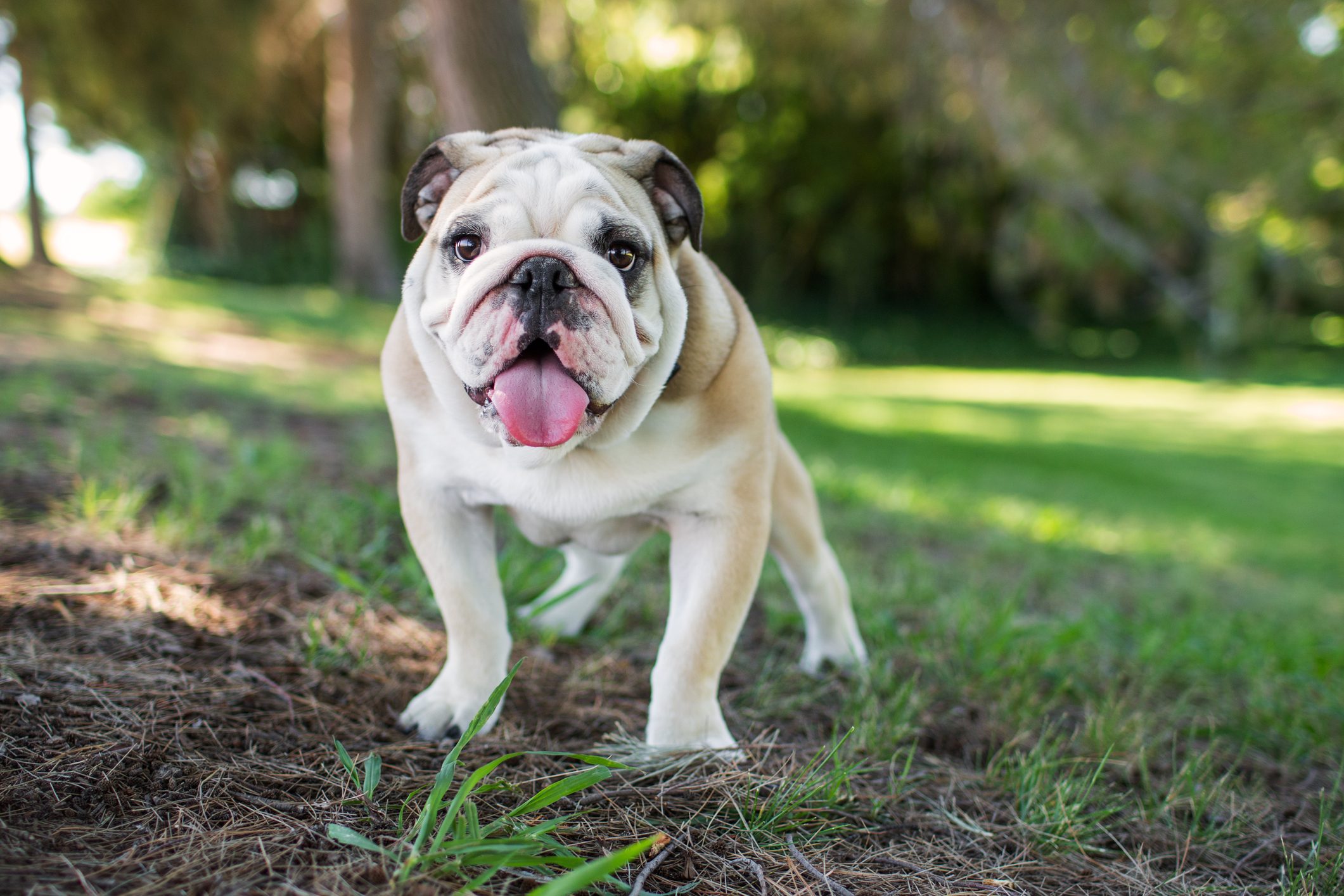 What do we love more? The adorable wrinkles, the compact, stocky body, the laid-back personality, or the slobbery love machine that is the bulldog? Bulldogs aren’t generally recognized for being the kind of “posh” dog that wins at prestigious dog shows, yet a bulldog named Thor, charmed the crowd and judges and won Best in Show at the National Dog Show in 2019. Their compact size isn’t the only advantage for dog thieves. Bulldogs are less likely to bite, which is an advantage for dog thieves. 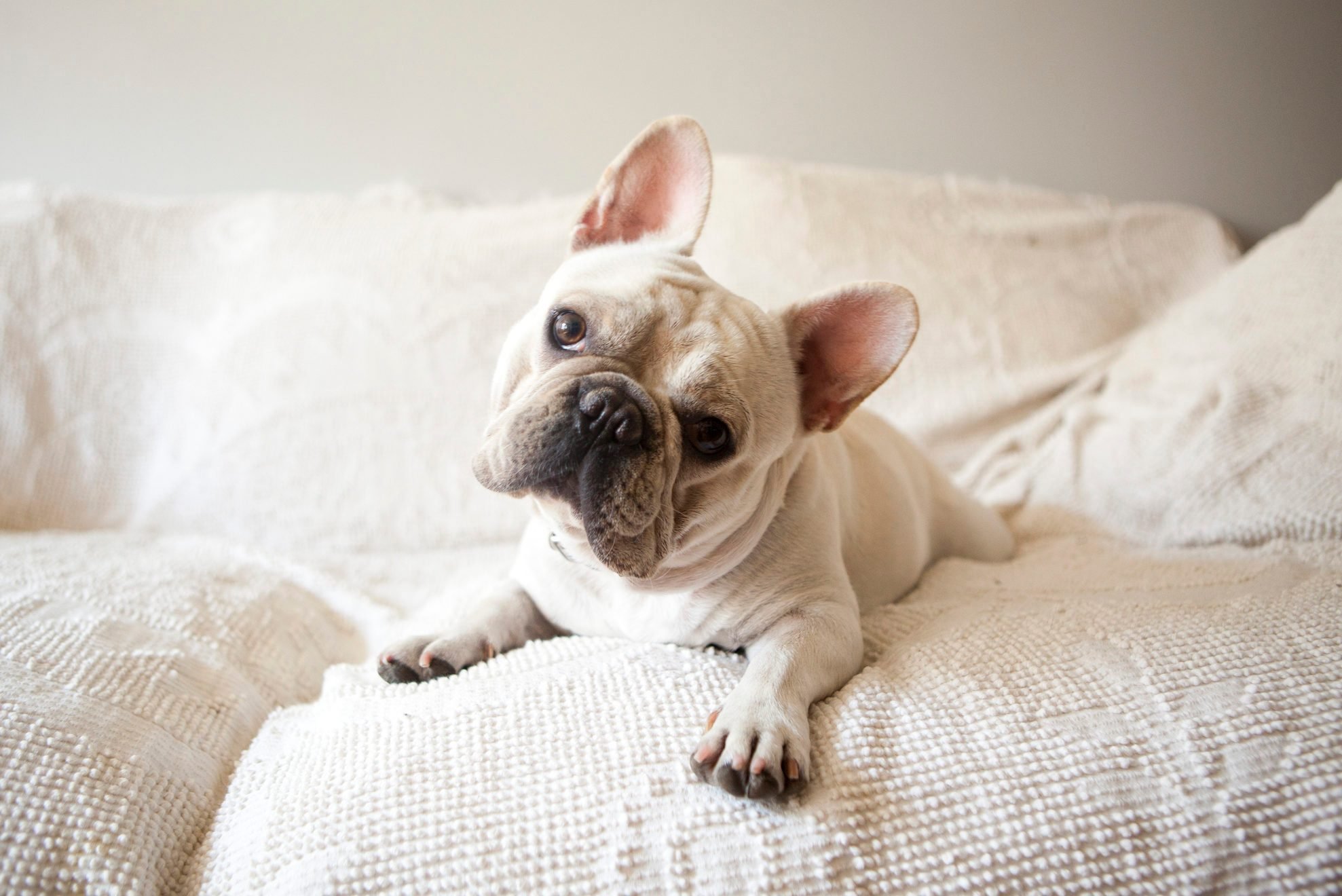 Portable and compact, this adorable little nugget is the most popular dog breed in New York and Chicago—and the dog breed most stolen, according to the AKC. From their sweet wrinkly face to the trademark bat ears, to their cute little bellies, the Frenchie is a charming and lovable. Even their snorts and grunts, and bouts of stubbornness are downright endearing for city dwellers or country folk alike. Surprisingly, Frenchies are good watchdogs and territorial, yet they don’t bark much, so take note if they start barking as it could signal something is amiss. Here’s a handy guide to translating the yips, yowls, and barks every dog makes.

American Kennel Club: “The Most Popular Dog Breeds of 2019”