A sunny day at the pool, lake, or ocean can turn dangerous in seconds if you aren't aware of your surroundings or prepared for accidents. 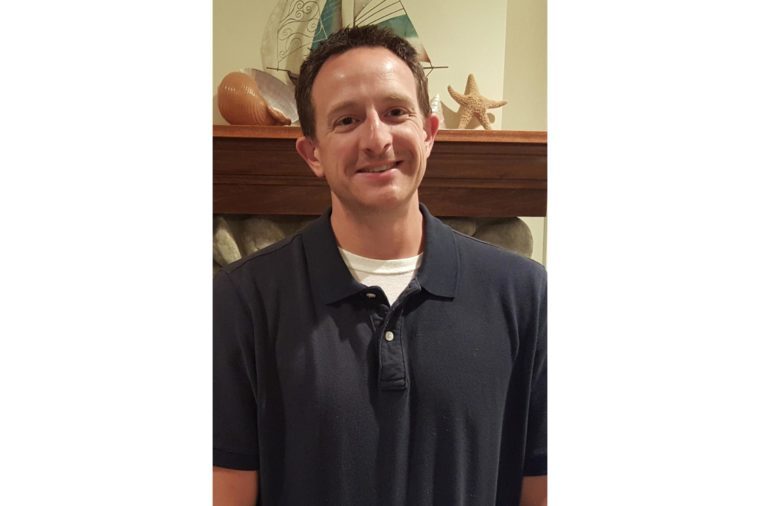 “I just did what any dad would do”

While on vacation with his family in South Haven South Beach on Lake Michigan, Ryan Galyen was watching his own children play in the water when a woman alerted him that two children in the deeper water appeared to be in danger. “I swam in high school and was a lifeguard, but it had been 18-plus years since I’d had any formal training,” Galyen notes. He immediately sent his own children over to their mom and swam to the struggling kids. A 13-year-old girl was doing her best to rescue her 10-year-old brother, but it was too much for her. “I took action out of instinct, because I hope that others would do the same for my children if they were ever in distress in the water,” Galyen says. “I was just doing what any dad would do.” Here are 42 things lifeguards desperately want you to know. 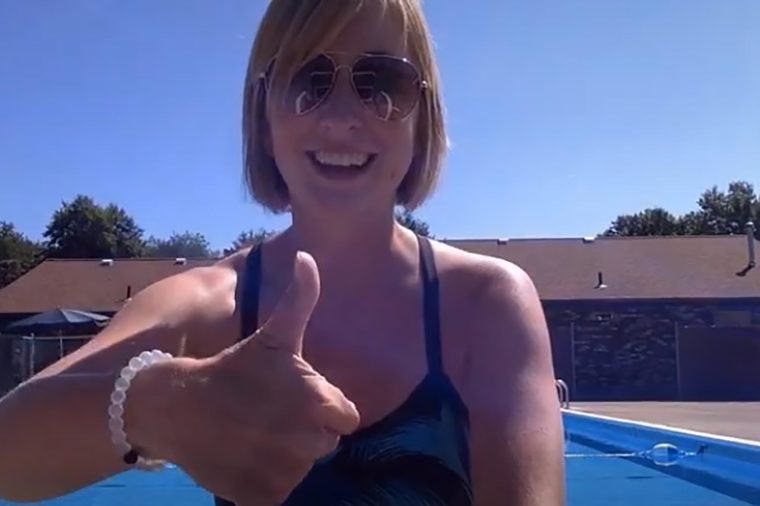 “I’m a seasoned lifeguard and I was scared”

Miriam Necastro of Youngstown, Ohio had thought it was going to be an easy day on the job as a lifegaurd at an apartment complex with only a mother and her two children who were regulars to watch. “The daughter, who was a good swimmer, was playing in the shallow end while her younger brother, who did not know how to swim, was standing on the edge of the pool.” Their mother turned her back momentarily to answer a call when the young boy slipped, falling into the pool, completely submerged by the water. “Even though it was only 3-feet deep, he didn’t have any swimming ability,” she recalls. Necastro sprang into action and got him safely out of the water. “I am a seasoned lifeguard and I was scared,” she says. “This just shows that it takes only a minute for an accident to occur!” Don’t miss these crucial water safety tips that lifeguards want parents to know. 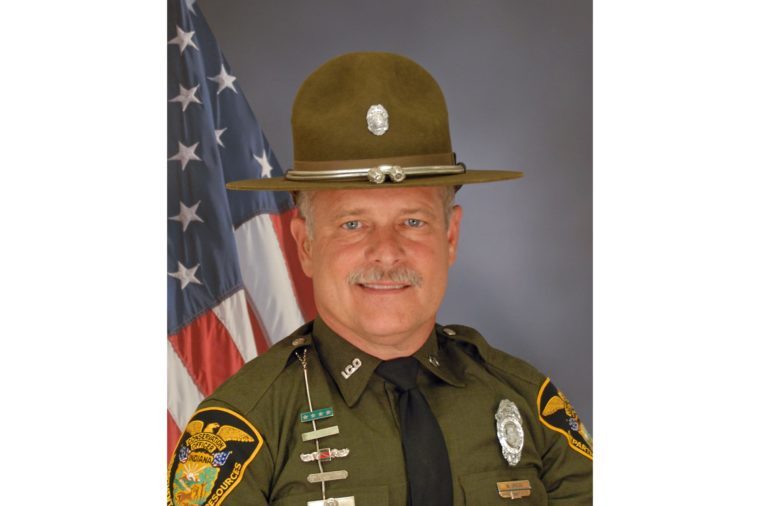 “You do as much as you can without killing yourself”

It’s not only recreational waters that pose a risk for drowning; flood waters, too, can claim lives. In 2013, Officer Michael Gregg of the Indiana Department of Natural Resources rescued a woman trapped in trailer by rising flood waters of nearby Richland Creek. The woman was displaying signs of hypothermia and was already losing some cognitive ability because of it. (This is what happens to your body when you’re in freezing cold conditions.) “She couldn’t swim and was standing on her couch in knee-deep waters well over 1 ½ hours before we got there,” Gregg says. After taking a boat down a county road and getting in the water himself, he was in chest deep. Gregg quickly realized that each time he touched the woman’s trailer, he was getting electrocuted and that he was unable to enter the trailer. He had to convince her to come to the back window where he pulled her out, submerging them both underwater momentarily. Once out of the water and under a warming blanket, the woman began to regain her speech and cognitive abilities and was grateful to the officers for saving her life. “We have a lot of training,” notes Gregg. He notes that he has been lucky because there are many situations where the conditions are bad and trying to save another could cost an officer his or her own life. “You do as much as you can without killing yourself,” he says. 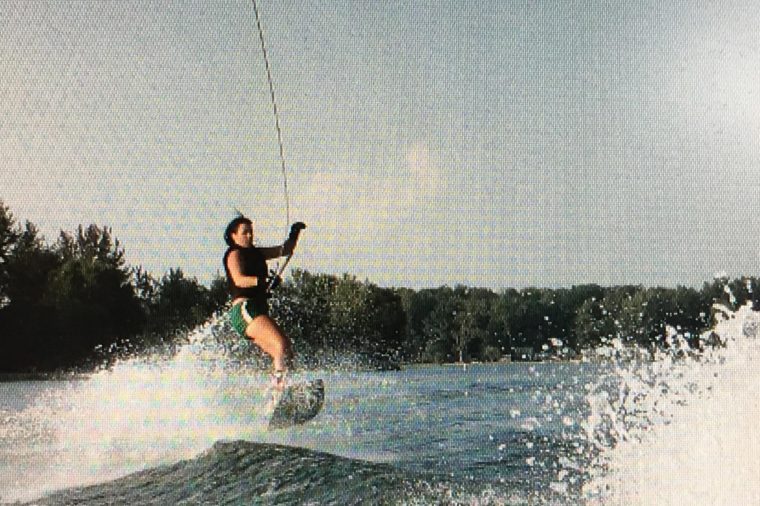 “The wind had taken his boat…”

Shannon Norris of Anderson, Indiana spends most of her summer weekends for the past 13 years at a cottage on Irish Lake in northern Indiana. A few years ago, despite not wanting to really head out on the water, she took her toddler-aged nephew for a ride on the jet ski. It was a windy day and few people were on the lake. As she rode by a father with his family on a pontoon, she heard screaming. “I thought they were trying to alert me of someone in the water ahead of me,” Norris says. “I kept going, but decided to look back one more time and realized a man was in the water and in distress. ” Norris got close to the man and instructed him to grab the back of the jet ski and she would return him to his boat. “It took several tries because he was exhausted from fighting to stay above the water.” She was eventually able to save the man and get him back to his sobbing, but thankful, family. A mother of two, Norris knows the importance of water safety and this incident illustrated how quickly things can go wrong in the water. “Never jump off of your boat without a life jacket, even for one second. The wind had taken this man’s boat so fast that he was unable to get back and due to cramping, he wasn’t able to swim back.” Had Norris not have come buy on the jet ski, the man, who she was never properly introduced to, might have lost his life.

“His friends told me he couldn’t swim”

Sara Thomas, a lifeguard of three years from Tulsa, Oklahoma, is often shocked by people who don’t respect their swimming ability (or lack thereof) and attempt things out of their skill set. Thomas has seen her fair share of individuals who jump in, can’t swim adequately for the situation they’re in, and then nearly sink a friend trying to save themselves—which is a lifeguard’s nightmare because they would have to attempt to save two people at once. One time, while she was on a duty, a teen who knew he could not swim, jumped off of the diving board. Almost instantly, he was frantic. “His friends told me he couldn’t swim, so I jumped in and saved him.” His excuse for jumping in without the ability to swim? “He said he forgot,” notes Thomas, who was definitely frustrated, yet relieved, with a situation that could have been worse. 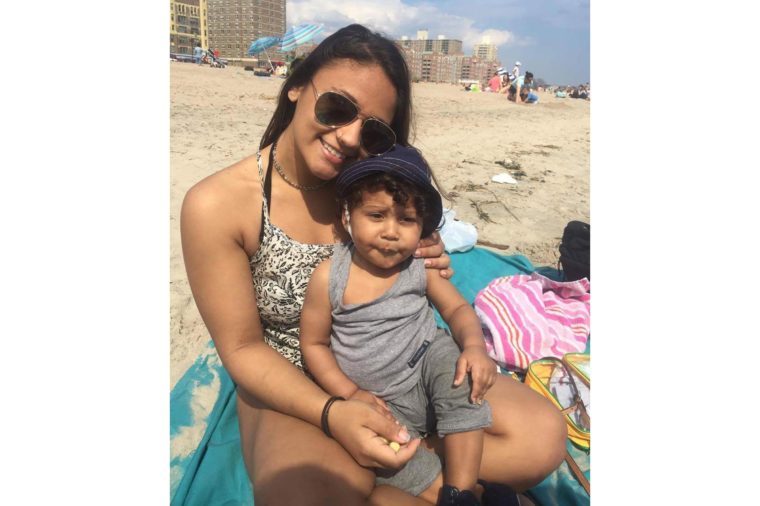 “The instructors were busy with their backs turned”

Bridget Quinones of New York City is a lifeguard and swimming instructor, who, on more than one occasion, has saved a child. “As a lifeguard, I’m always very nervous,” Quinones says. She had to save a child once in a group swimming lesson. “There was a group of about 10 children and we all asked them to hold the wall when they climbed in. One little girl decided to let go and the instructors were busy with their backs turned.” Luckily, she jumped in and was able to save the child.

Julia K. Porter
Dr. Julia Porter has worked in Higher Education since 2008, following a career as a High School teacher in Brooklyn, NY. She holds a PhD in Global Leadership from Indiana Tech, an MA in English Literature from Brooklyn College, and a BS in English Education from Indiana University-Purdue University-Indianapolis (IUPUI). She lives in Indiana with her husband, daughter, and rambunctious Australian Shepherd.