It's a matter of science, not opinion. 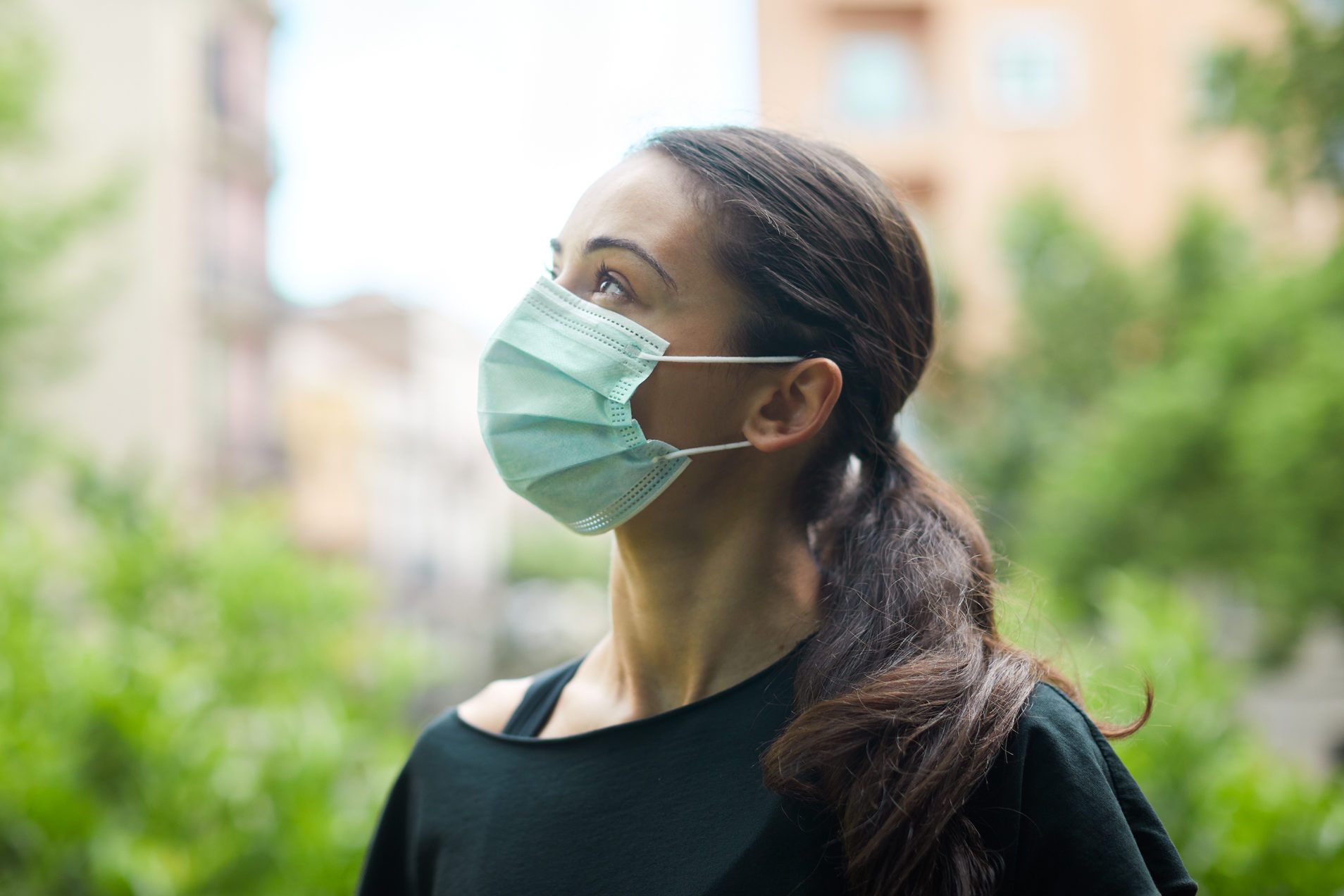 Proof positive that masks are essential

Many people understandably feel powerless against the invisible but very real threat posed by the coronavirus pandemic. But we don’t need to resign ourselves to merely hoping it goes away. Wearing a face mask is one of the most powerful steps we can take—along with keeping our hands clean and maintaining social distance—to quash the spread of coronavirus in our communities, says Andrew Pekosz, PhD, professor of molecular microbiology and immunology at the Johns Hopkins School of Public Health. “These things together provide a high degree of protection,” he notes. If you’re not already on board with masks (and 65 percent of us are, according to a recent Pew Research Center survey), the following facts should convince you. 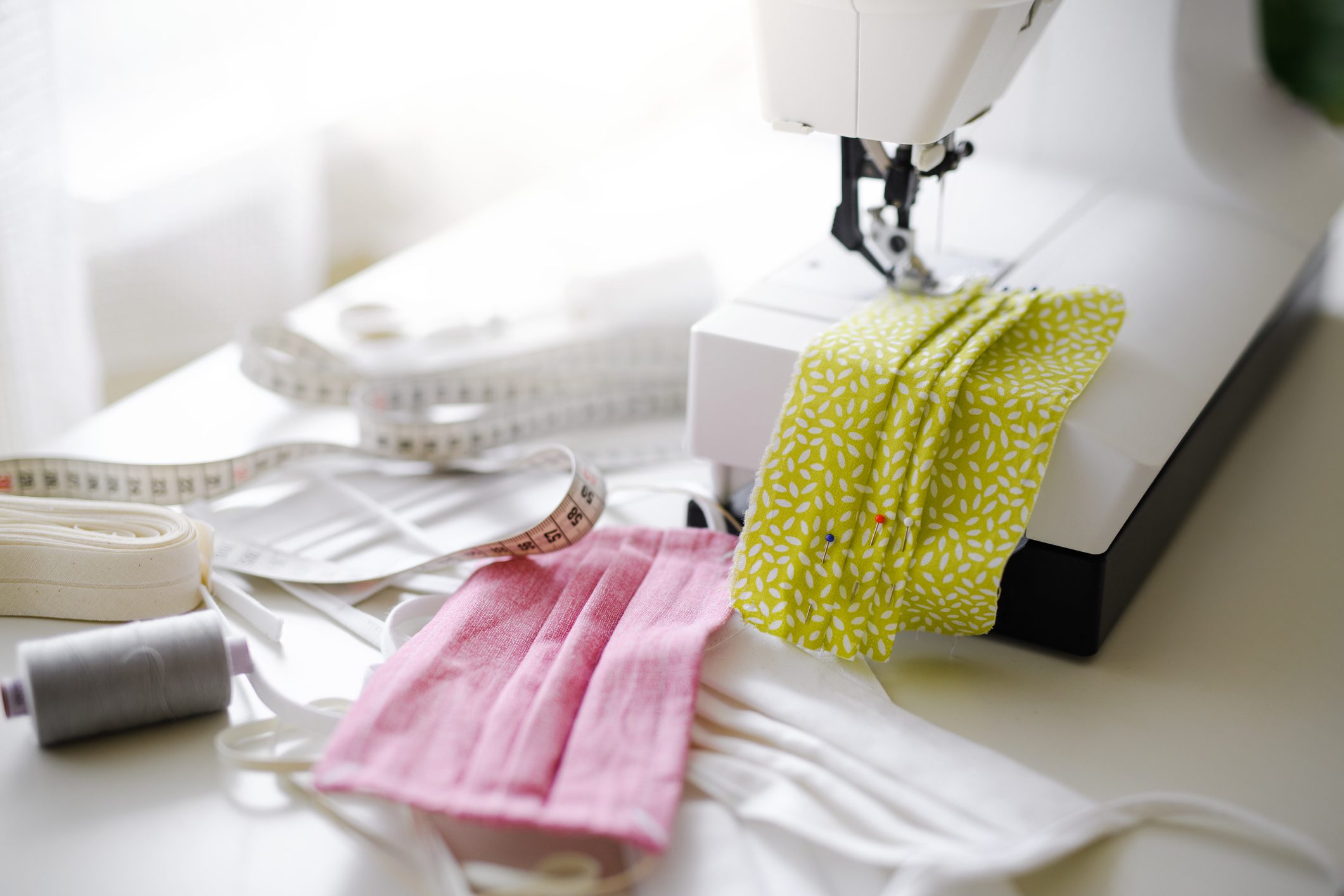 Masks of all types are effective

Masks unquestionably reduce the spread of droplets from the nose and mouth, says Pekosz. Researchers recently demonstrated this fact when they recorded high-speed video of people uttering a simple phrase both when wearing and not wearing cloth masks. A slightly damp washcloth prevented nearly all of the speakers’ droplets from passing through. Another study concluded that “the odds of developing an infection with a coronavirus were reduced by 78 percent when wearing any mask.”

Even at less than 100 percent effectiveness, “you don’t throw up your hands,” Peter Chin-Hong, MD, an infectious disease specialist at the University of California, San Francisco, told UCSF News in June. “That’s silly. Nobody’s taking a cholesterol medicine because they’re going to prevent a heart attack 100 percent of the time, but you’re reducing your risk substantially.” 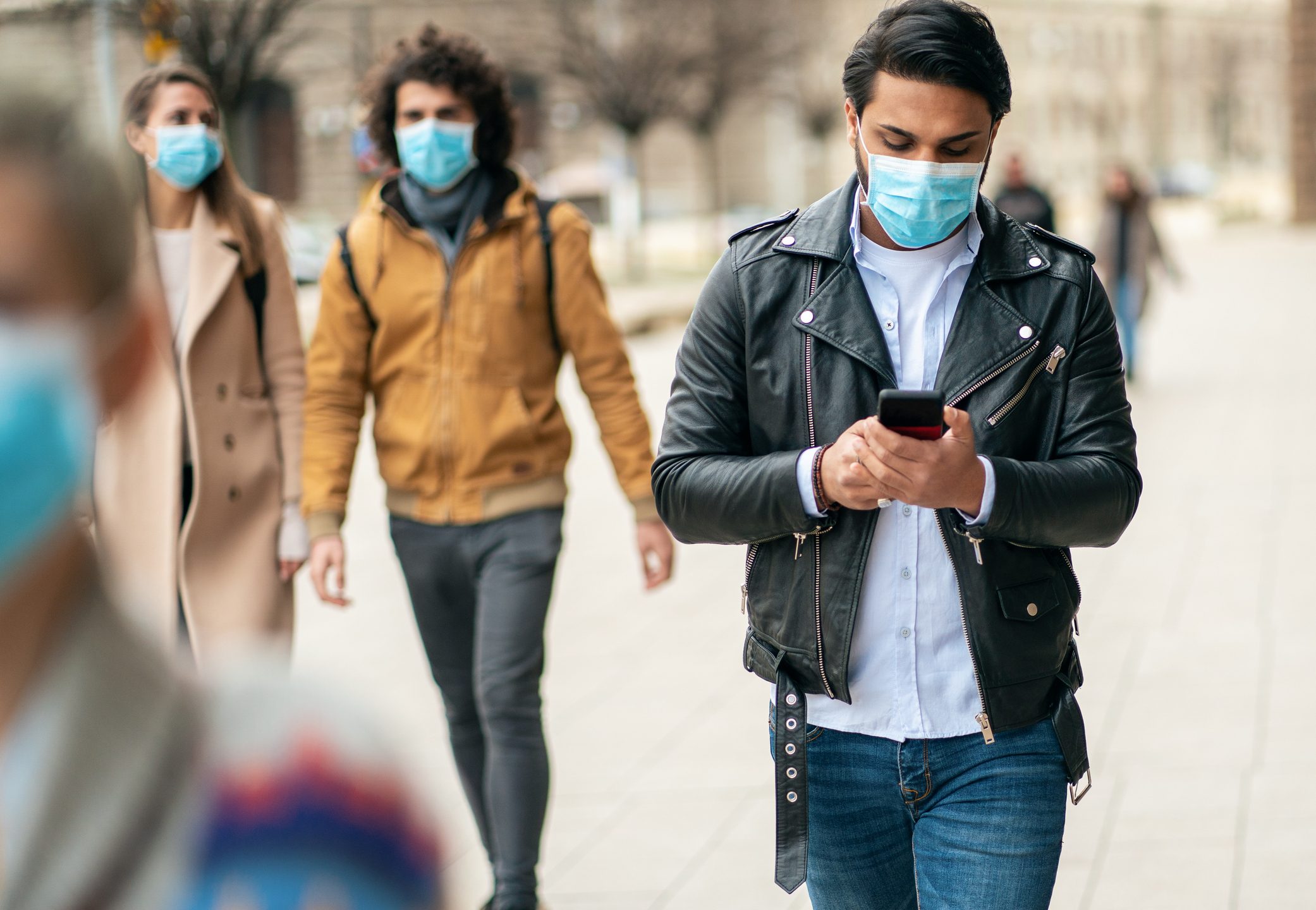 Coronavirus stats are lower where masks are required

In the United States, similar disparities have been seen. In a review of the first 15 states to require masks in public (between April 8 and May 5), researchers found “a significant decline” in the daily growth of cases once masks were mandated, and the effect increased each day after the orders were signed. The researchers concluded that up to 450,000 cases may have been averted due to these mandates by May 22. 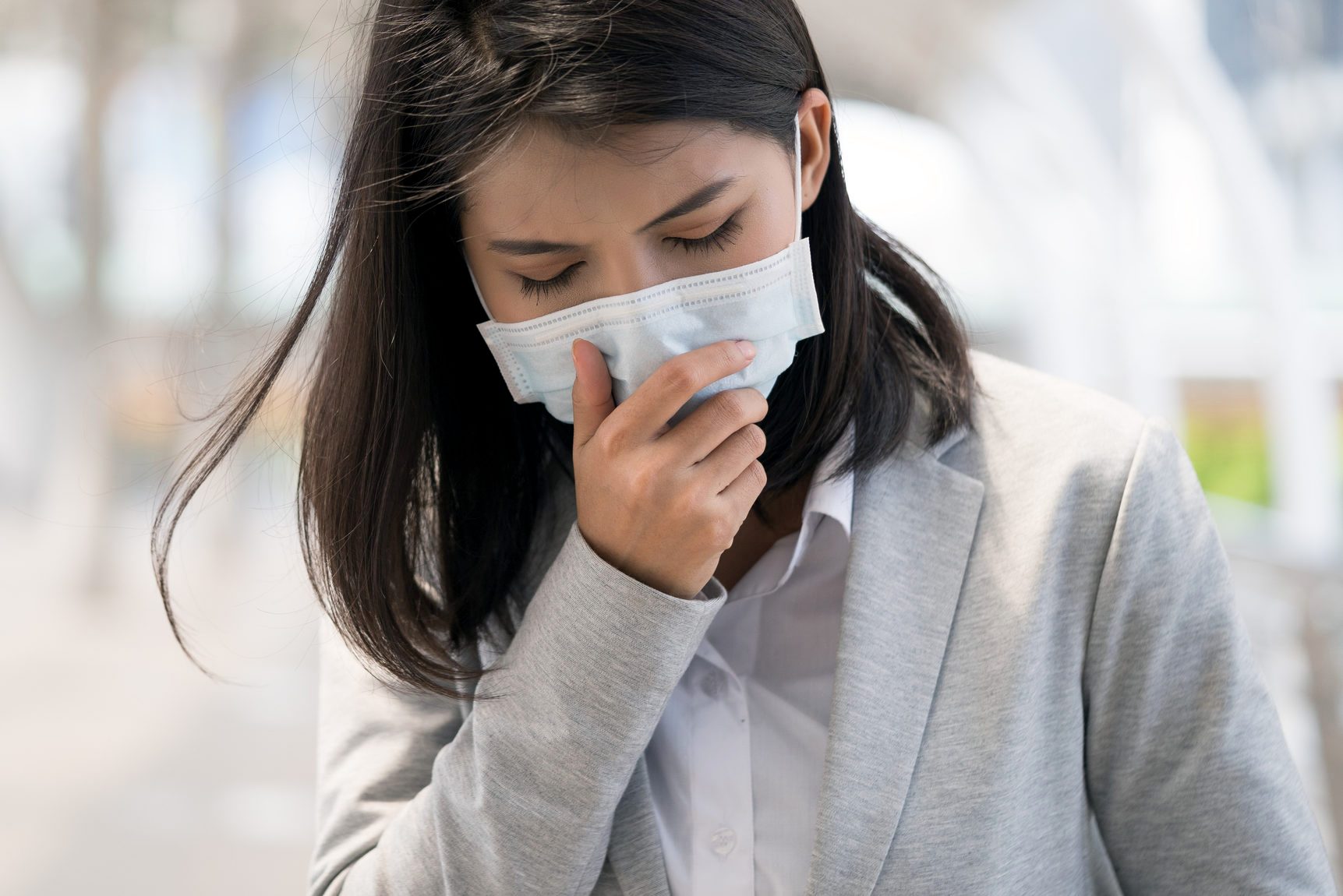 It takes an average of five days (but sometimes as long as 14 days) for people infected with COVID-19 to show symptoms. In addition, up to 18 percent of people who have the virus never develop symptoms at all but can still pass it on to others, according to an article from the BBC. In fact, nearly half of all people who develop COVID-19 are infected by people who do not show any symptoms.

If those asymptomatic people had worn masks—even though they felt fine—they could have prevented this transmission, Pekosz says. “That’s part of our critical defense against this virus,” he explains. “It’s people spreading this virus before they show symptoms who are really driving this infection.” Researchers still don’t understand why some people remain asymptomatic while others develop full-blown symptoms. 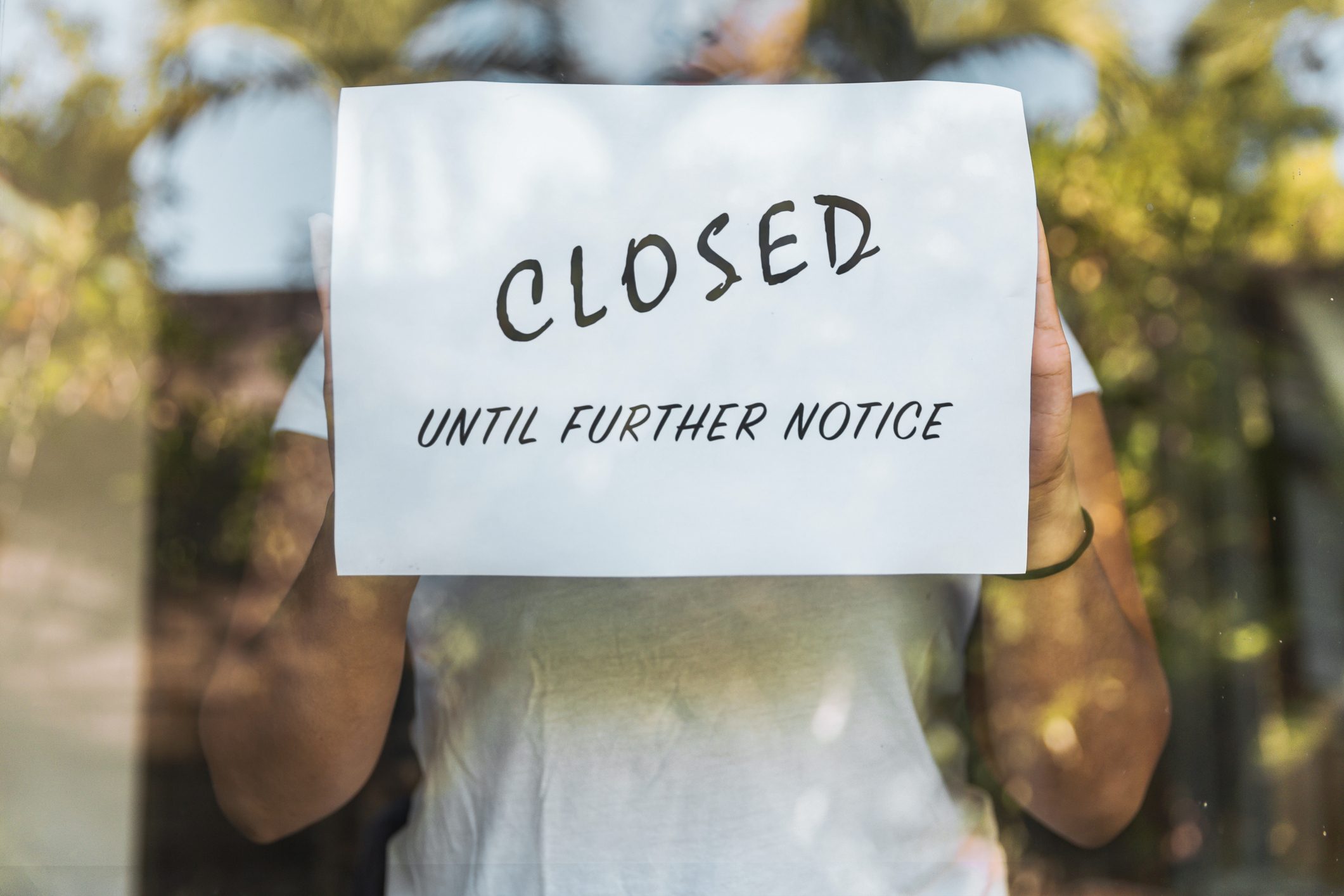 At least 21 states have paused or rolled back their reopenings because of new surges in coronavirus cases, and some also made masks mandatory, hoping that a better-late-than-never approach pans out. (FYI, these are the top 5 states where coronavirus is spiking again.)

In Texas, for example, Governor Greg Abbot pursued an aggressive reopening plan in late April, without requiring masks. But by June 25, the Lone Star State had nearly 6,000 new daily cases—nearly a tenfold increase since Memorial Day. Abbot required bars to close again, and soon after, he issued a mask mandate, saying, “One of the best ways to keep businesses open, while also slowing the spread, is to wear a face mask.”

In contrast, Maryland required masks in public spaces as early as April 15. Now, less than 5 percent of coronavirus tests statewide come back positive, Pekosz says. “You can now have a semblance of return to pre–December 2019 lives. You can’t do that when you’re testing at 15 or 20 percent positive.” 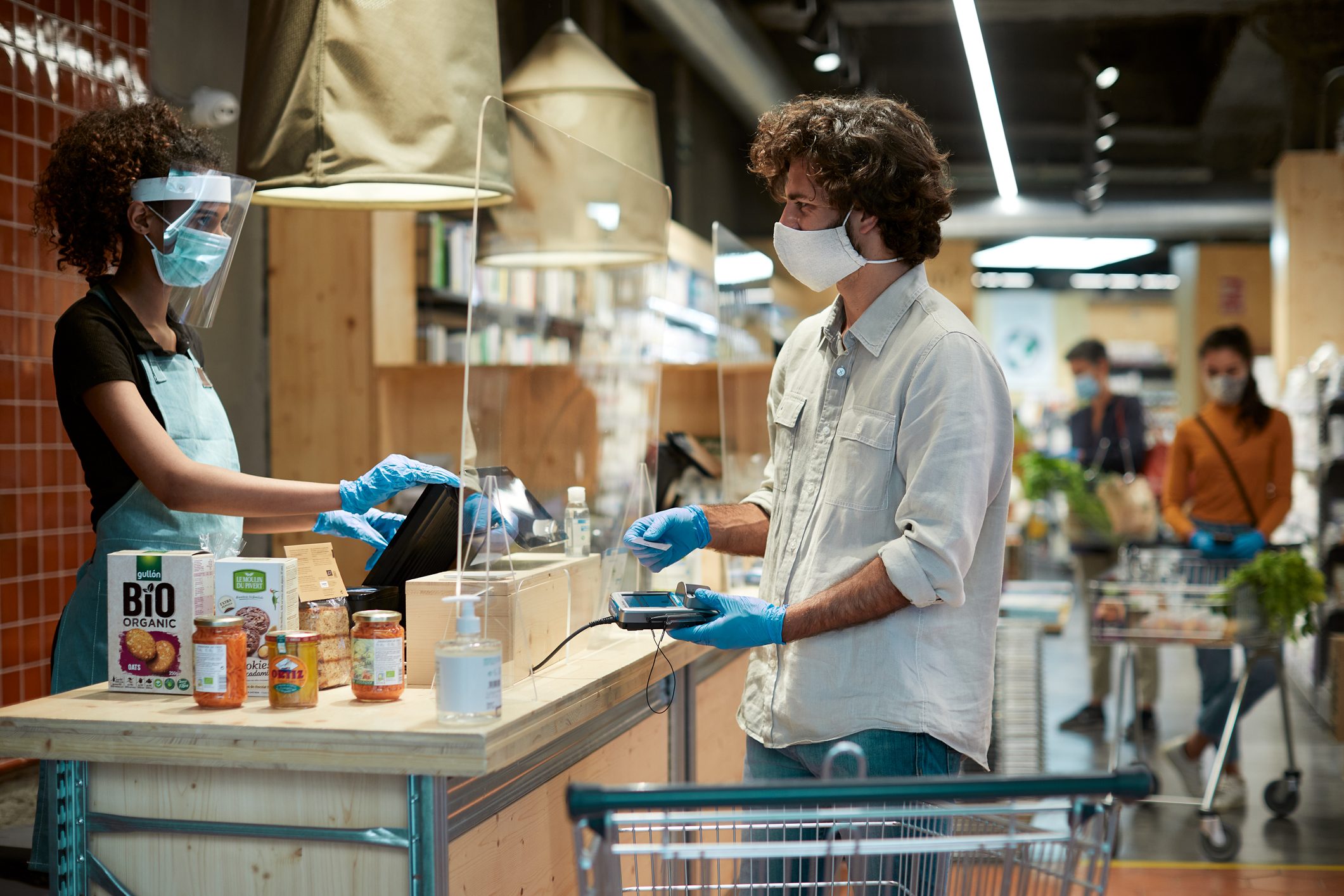 Wearing masks could help the economy

A study by the financial firm Goldman Sachs estimates that up to 25 percent more people would wear masks if the United States had a national mask mandate. That, in turn, would substantially reduce the rate of infection growth, allowing businesses to remain open and saving 5 percent of the gross domestic product.

Wearing masks would also protect the people who work in those businesses, thereby helping their community thrive. Aside from being an essential worker in a pandemic, these are 18 of the most dangerous jobs around the world. 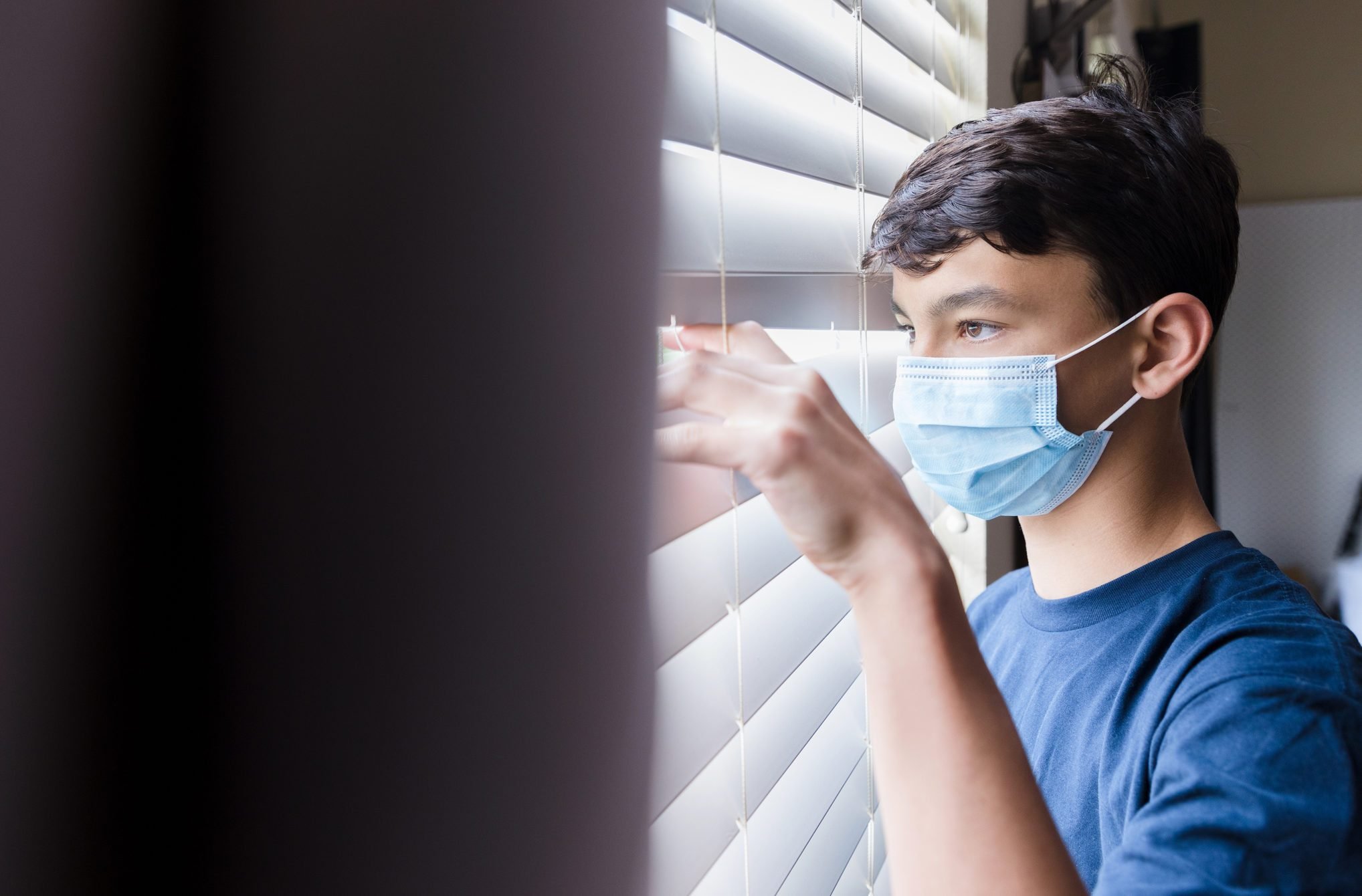 If we all wore masks, the kids could go back to school

Educators, parents, and students largely agree that the remote-learning options most schools put into place this spring have been fundamentally disastrous, especially for disadvantaged students. Learning and social skills have fallen by the wayside, while parents scramble to juggle their own work-from-home schedules with those of their kids, and teachers adapt to new methods of instruction.

“If you can control the spread of the virus in the community, then schools can be opened up in ways that allow kids back in the classroom and allow them to have interactions with their teacher and peers, and go forward in some way,” Pekosz says. One thing is certain, though: Education won’t be the same. Here are 10 things you may not see in schools after coronavirus. 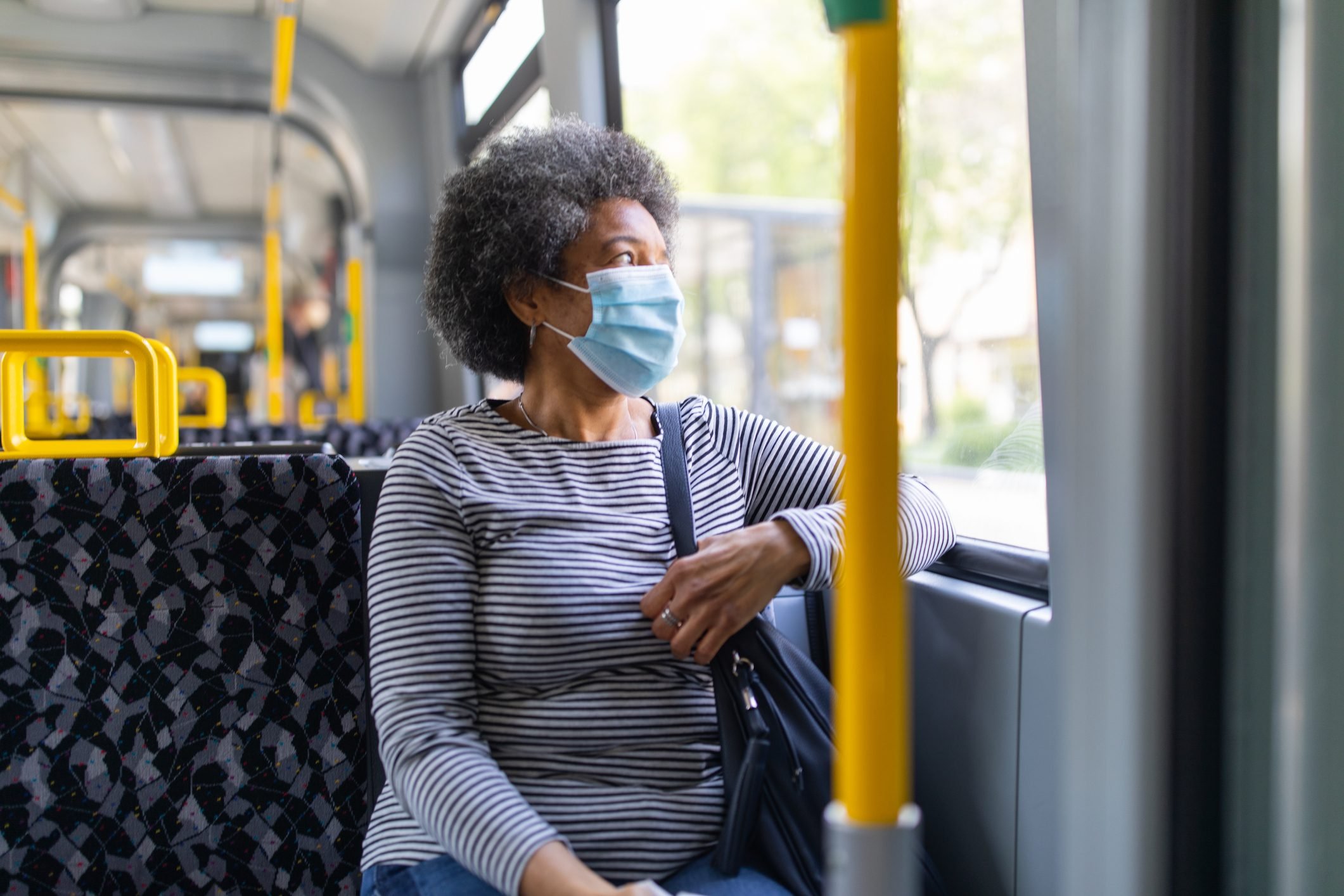 The teenager bagging your groceries might have Type 1 diabetes. The toddler on the bus might have a heart defect. The man in line in front of you might be caring for his wife who has MS. The truth is, more than half the people you encounter on a daily basis probably have an invisible underlying condition, such as high blood pressure or diabetes. A Canadian study found that 54 percent of workers do. And the evidence is clear that people with underlying conditions are at the highest risk for severe complications from the coronavirus. Managing a chronic illness is difficult enough in the best of times. We can extend kindness by not making it harder. Donning a mask in public keeps everyone safe. 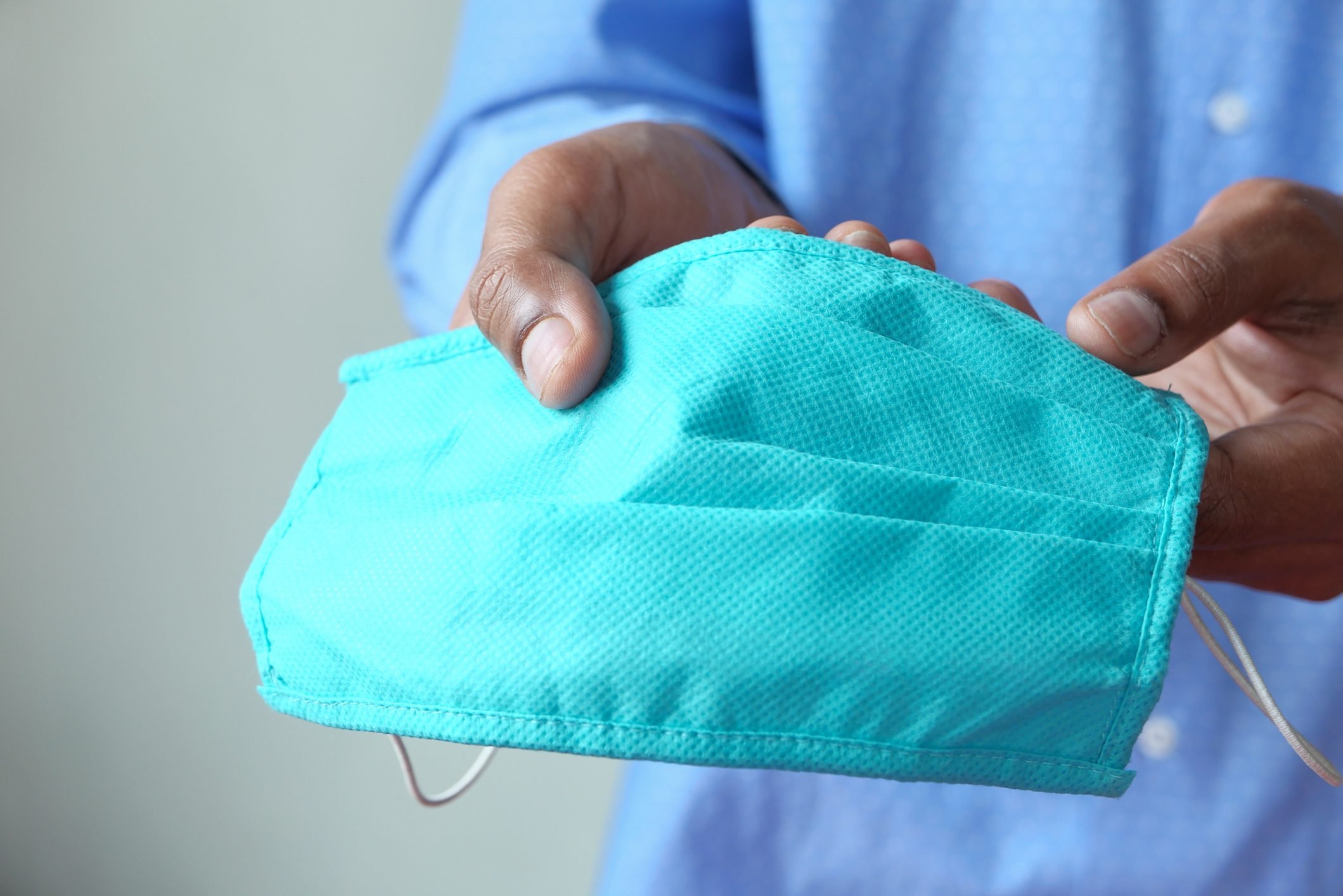 Masks are an easy, low-tech preventive measure until we have a vaccine

Until a vaccine for the novel coronavirus becomes available, our only options for prevention are handwashing, physical distancing, and wearing masks. Even when a vaccine has been tested and determined to be both safe and effective, it will take some time before it’s widely available. “Even if you just focus on the United States, you’re talking about immunizing 300 million people. It may be that these vaccines are going to need two doses to work—an initial shot and a booster dose. That’s an awful lot of vaccinations that have to take place to get a large percentage of the population immunized,” says Pekosz. “This won’t be a light switch. It will be a process, based on the logistics.” 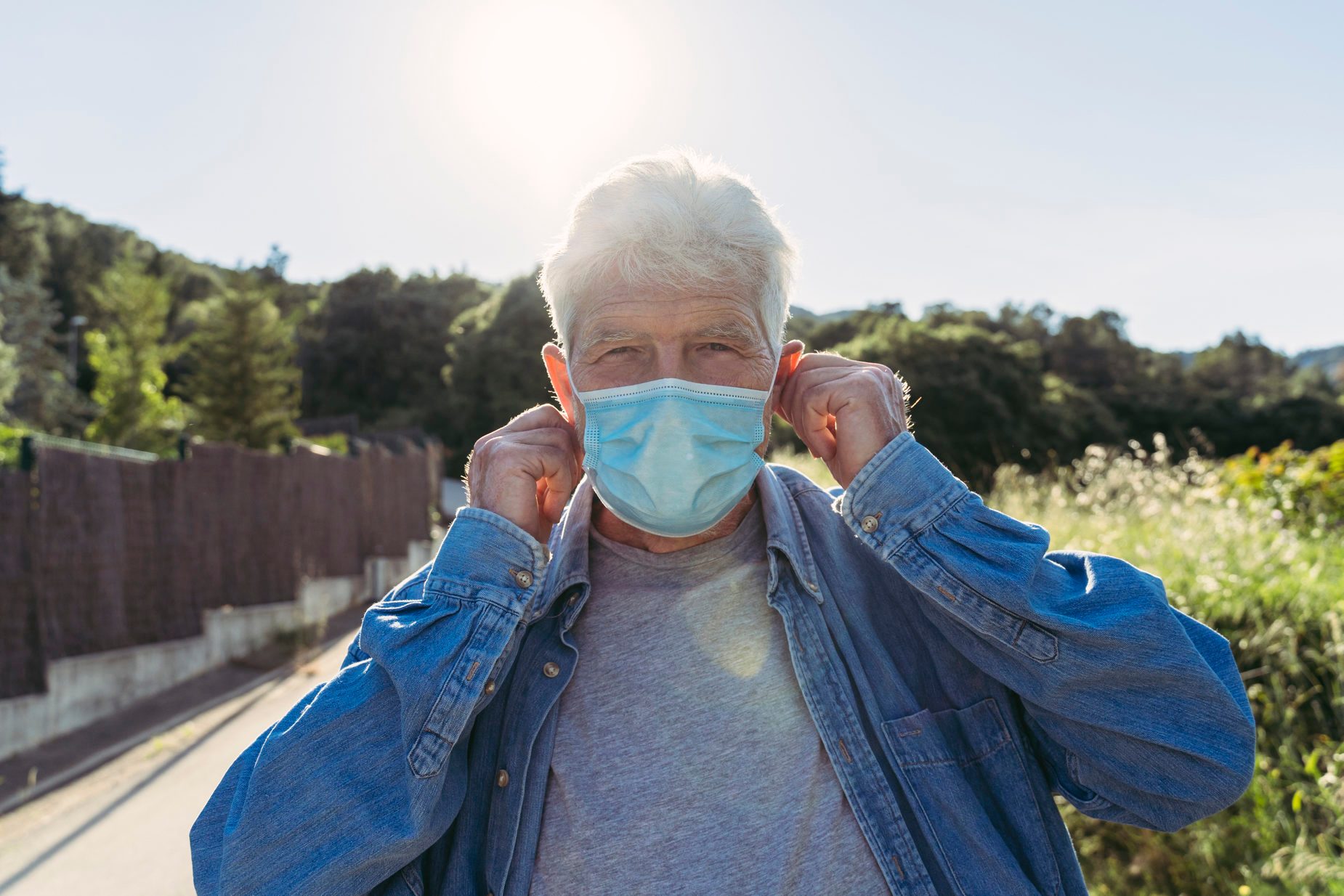 Masking up is a moral issue, not a political one

Democrats and Republicans alike endorse wearing masks in public. Even those who initially resisted wearing them—including Senate Majority Leader Mitch McConnell, Vice President Mike Pence, and Fox News personality Sean Hannity—now are doing so. Karen Hughes, an adviser in the George W. Bush administration, wrote in an op-ed that not wearing a mask is “an incredibly selfish act that puts other people’s lives at risk. Like yelling ‘fire!’ in a packed theater or brandishing a loaded gun in a crowd, failing to don a mask greatly increases the risk that one person will endanger others.”

And wearing a mask doesn’t infringe on individual liberty any more than wearing a seat belt in the car or refraining from smoking in public places does. “There are limitations we accept to avoid hurting people in our community,” says Jeremy Howard, distinguished research scientist at the University of San Francisco and founder of #Masks4All. “It’s reasonable, kind, and respectful to take some actions to reduce the risk of hurting others.” 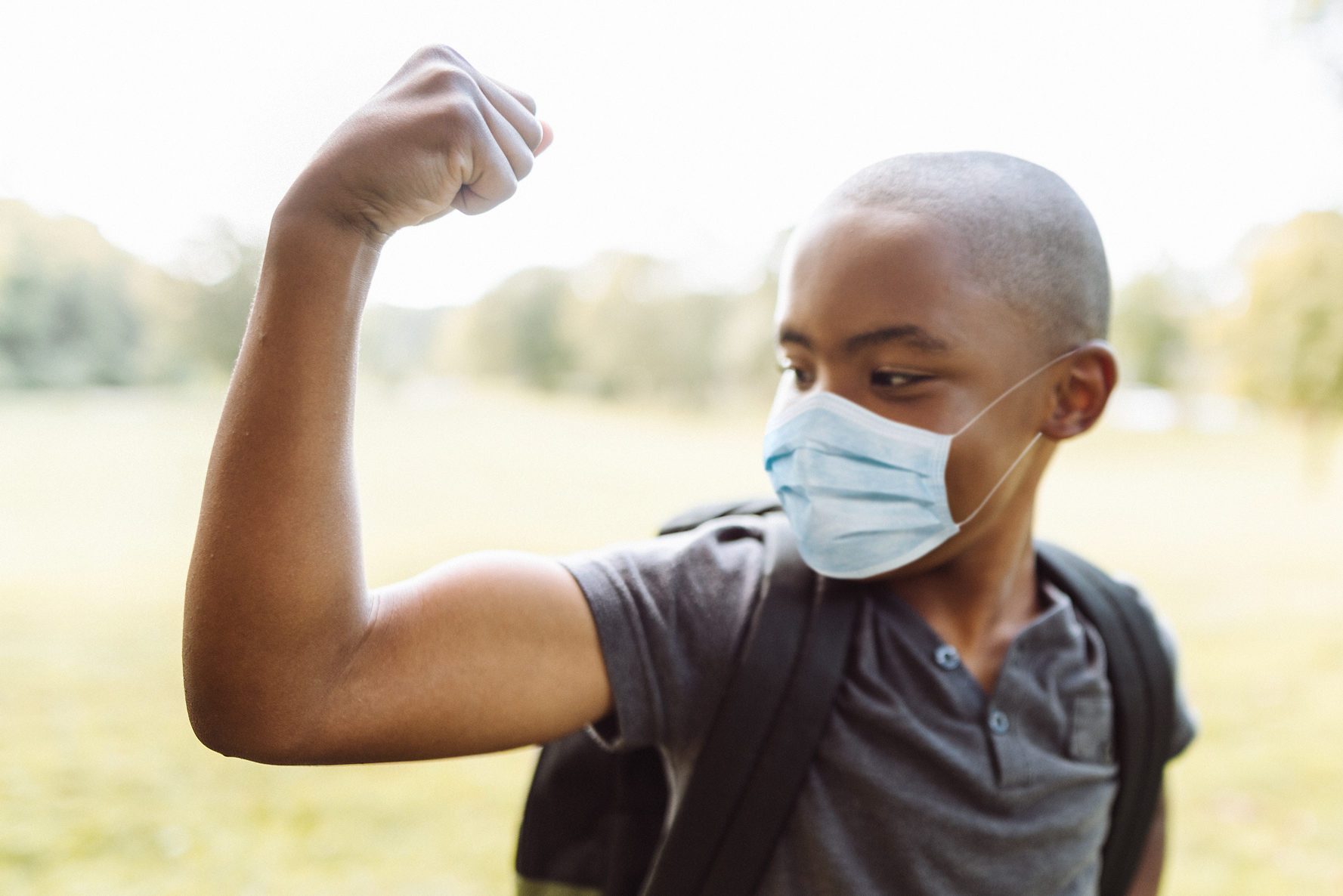 Men are more likely than women to believe that “wearing a face covering is shameful, not cool, a sign of weakness, and a stigma,” according to recent research. Howard emphatically disagrees with that perception. “Wearing a mask is a strong behavior,” he says. “It actually takes strength to do something that is awkward and uncomfortable to protect jobs, protect the economy, protect lives. Weak people take the easy way out—they’re too scared to do something that’s new or different.” 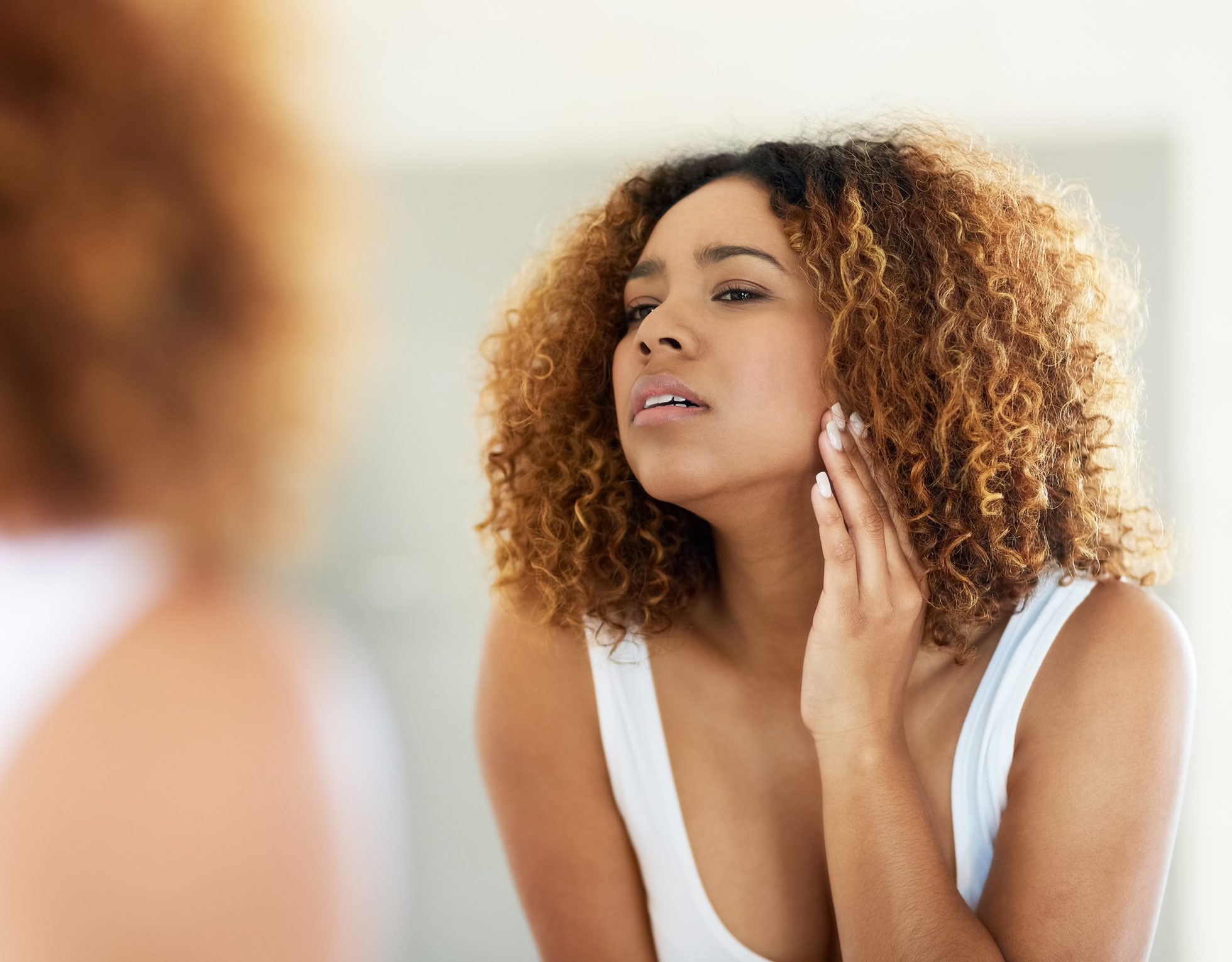 Masks can serve other purposes

Masks have come to the rescue on more than one occasion, like when a cold sore or pimple pops up. Thanks to the mask, no one need ever know it’s there. Ditto that for hiding an uncontrollable smirk in a serious discussion and for keeping your coffee breath to yourself. You’ll also save money on lipstick, since there’s no need to make up the bottom half of your face. And finally, masks are available in such a wide range of designs that there’s sure to be one that expresses your sense of fashion, your personality, or your viewpoint. These face masks for summer will help you stay cool while protecting your community.

For more on this developing situation, including how to stay healthy and sane, see our comprehensive Coronavirus Guide.