Remember that time when Mark Zuckerberg was giving away Facebook stock if you "liked" and "shared" his "Thank You" message? Just like so much on Facebook, it's a silly myth. Here are some more recent ones you can feel safe ignoring. False: Facebook is giving the Koch brothers your user data

Factcheck.org (a nonpartisan, nonprofit consumer advocate) has been working with Facebook to identify viral fake news stories and to help readers to distinguish the facts from the fakes. They recently spotted the fake story that a research initiative will give the Koch brothers unfettered access to Facebook user data. There is a research initiative, but the Charles Koch Foundation is only one of many funders, and the researchers are only using anonymous data. Although the original source of the story issued a retraction, the damage was already done. These are the 17 secrets your Facebook profile knows about you. 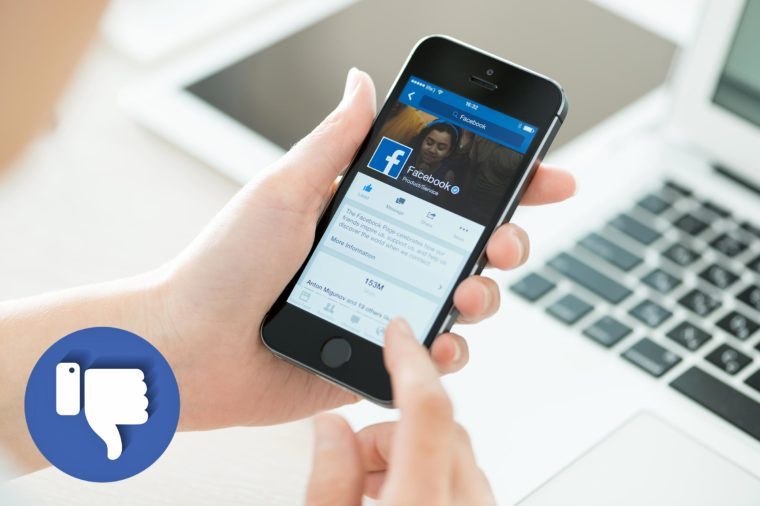 False: You can manipulate what appears in your feed

Just a few months ago, you might have heard that Facebook created a new algorithm that will limit your feed to just 26 friends. Many, many people updated their status to register their disgust for this algorithm—and then requested all their friends to reply in order to retain a place in their newsfeed. Don’t panic: This is not only untrue, but also would be an odd business decision for Facebook. Find out the 9 signs you’re overusing Facebook. 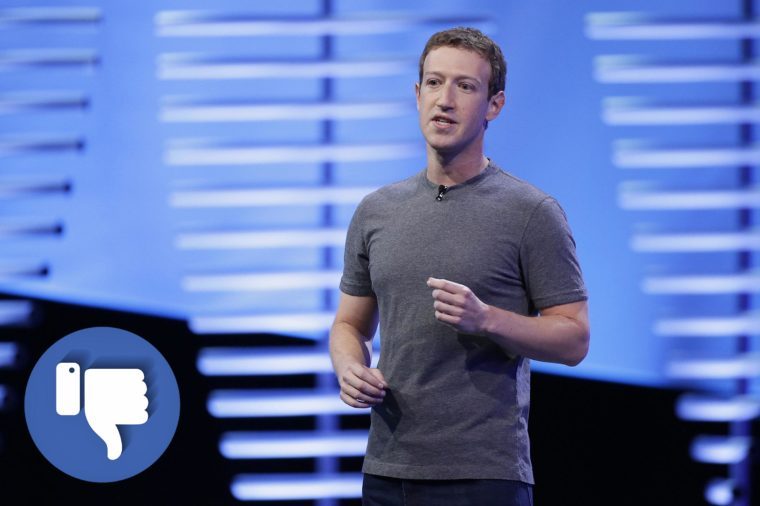 This one actually involved viral video footage of Mark Zuckerberg supposedly declaring that he would close down Facebook. In the video, he refers to himself as “the Zuck man himself”—a red flag that the video wasn’t legit—and a close look at Zuckerberg’s mouth quickly reveals the clip was, indeed, fake. It was intended as satire and was made by people unaffiliated with Facebook. (This echoes a hoax from 2011.) Here’s why you should never link your phone number to Facebook. 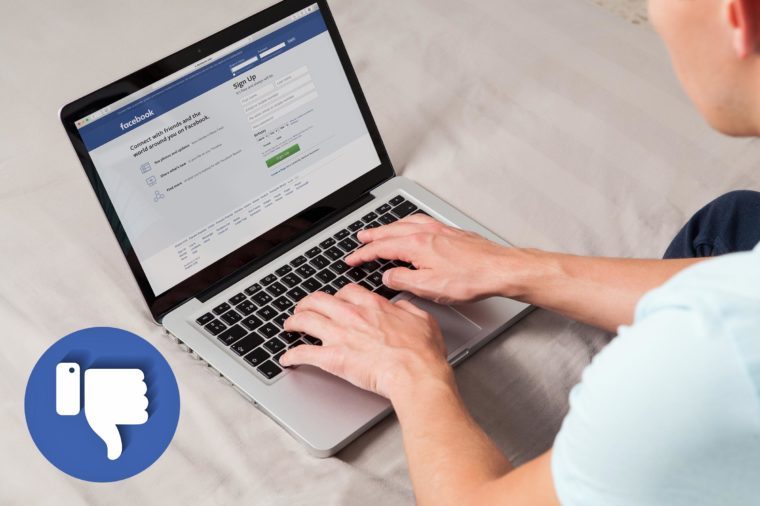 False: Your posts are public because Facebook is a public company

You may have seen a post suggesting that since Facebook is publicly traded, your posts belong to the public as well. However, Facebook’s status as a public company has nothing to do with the nature of your posts, and you can limit who sees your Facebook musings if you can figure out Facebook’s privacy settings. Keep in mind the 6 things you should always do on Facebook—and 6 things you should never do. 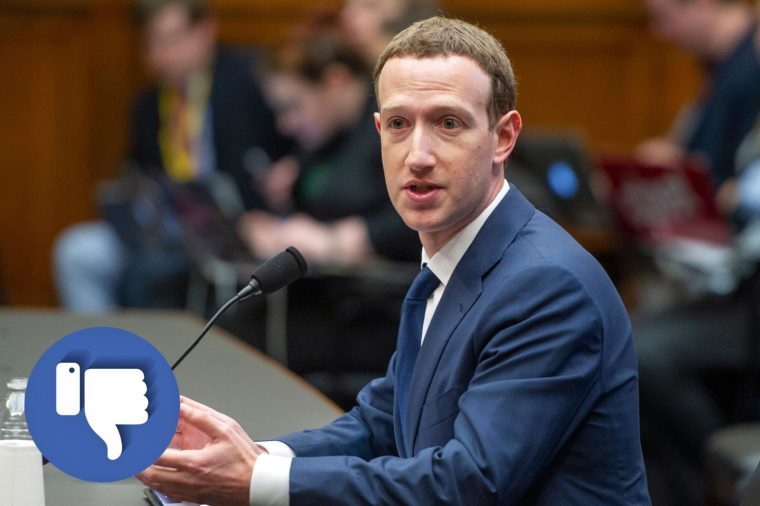 False: Your profile is completely private

Here’s the reason Zuckerberg and Facebook got into hot water in the first place: Facebook’s business model depends on sharing users’ profile information (if you’ve bothered to read the terms of service—and who does that?—it makes this clear). Check out the 8 signs you’re sharing way too much on Facebook. 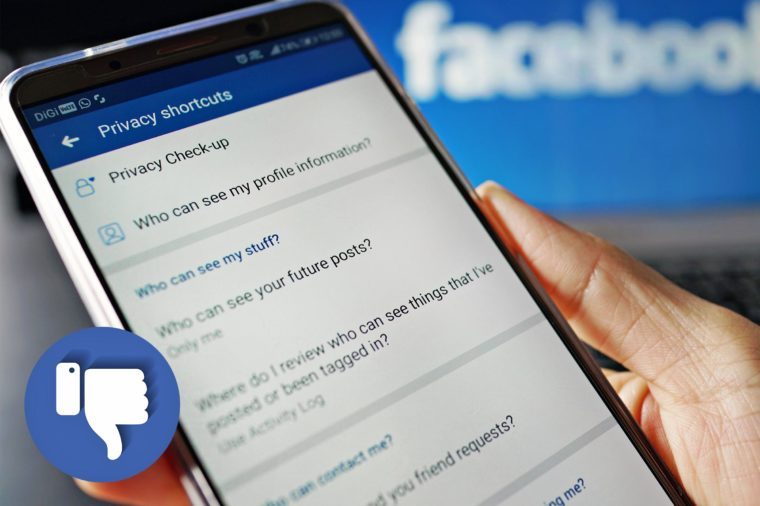 False: You can change how Facebook uses your info by posting a status update

What you agreed to in the terms of service is pretty much written in stone, unless Facebook decides otherwise. There’s no magic language you can post that will take away the company’s right to use your posts how it sees fit. Sure, you might see the occasional attempt when people post statements like, “I do not give Facebook permission to use my pictures, information, messages or posts.” But such statements won’t alter the terms you have already agreed to. 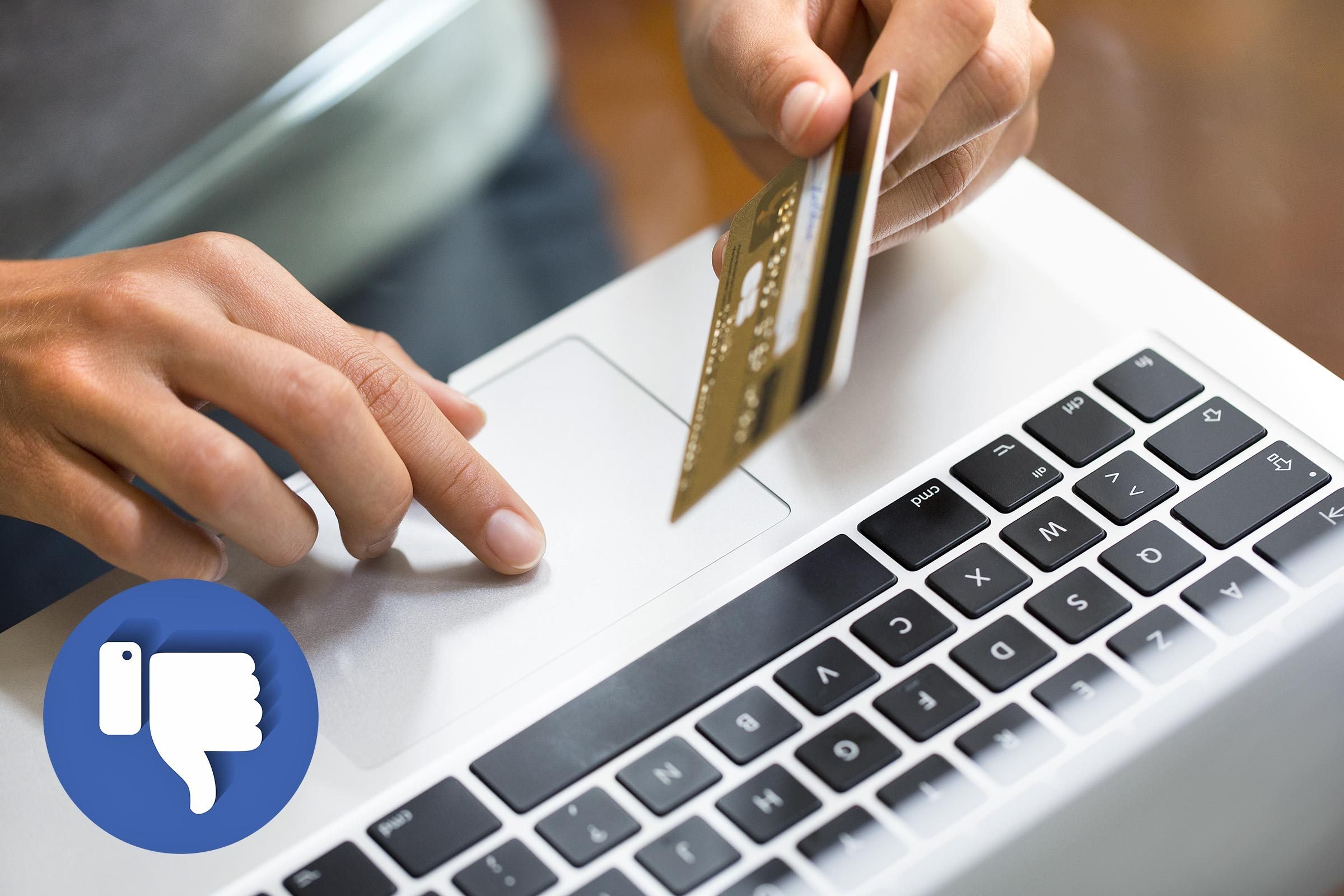 False: You can change how Facebook uses your info by paying a fee

Any claims that you can get a Facebook subscription that will keep your information private are just not true. Facebook is free and it will stay that way, according to the social network itself. In response to this hoax, Facebook posted: “While there may be water on Mars, don’t believe everything you read on the Internet today. Facebook is free and it always will be. And the thing about copying and pasting a legal notice is just a hoax. Stay safe out there, Earthlings!” There is an upside to your social media time: Facebook users live longer. 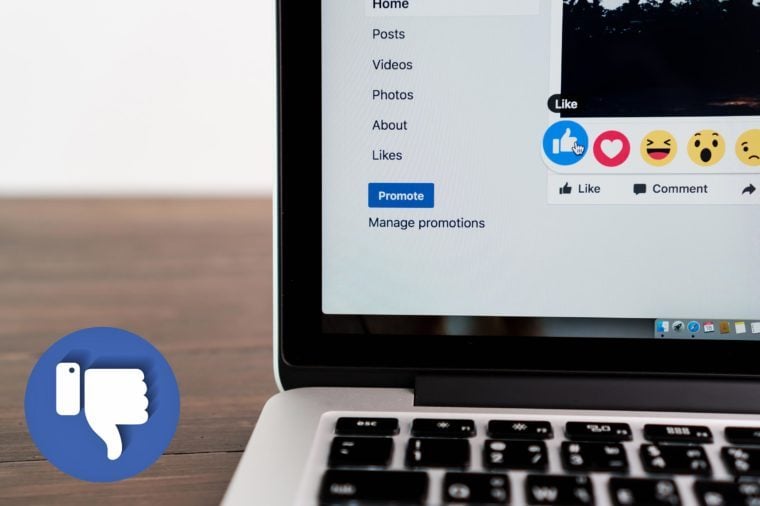 False: A “dislike” button is coming

It’s nice to dream, but Facebook will never have a dislike button, and if you ever are offered an opportunity to get one, you’re probably about to be scammed into revealing your personal information to someone other than Facebook. 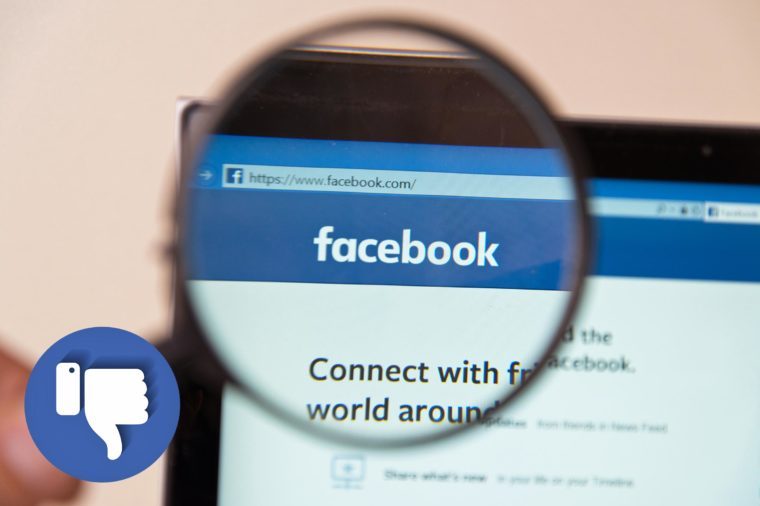 People have been posting warnings that there’s a secret list of strangers who are paid to follow your posts; supposedly, you can find them by using a link to “Facebook Security” and following specific instructions. While it’s true that people can follow your Facebook page who aren’t your friends, that can only happen to the posts that you’ve set as “public”—and you can see this right on your profile: The people will be listed as “followers.” If you don’t want followers, then you can set your account to not permit followers in Settings (>Public Posts>Friends or Public>Who can Follow Me). 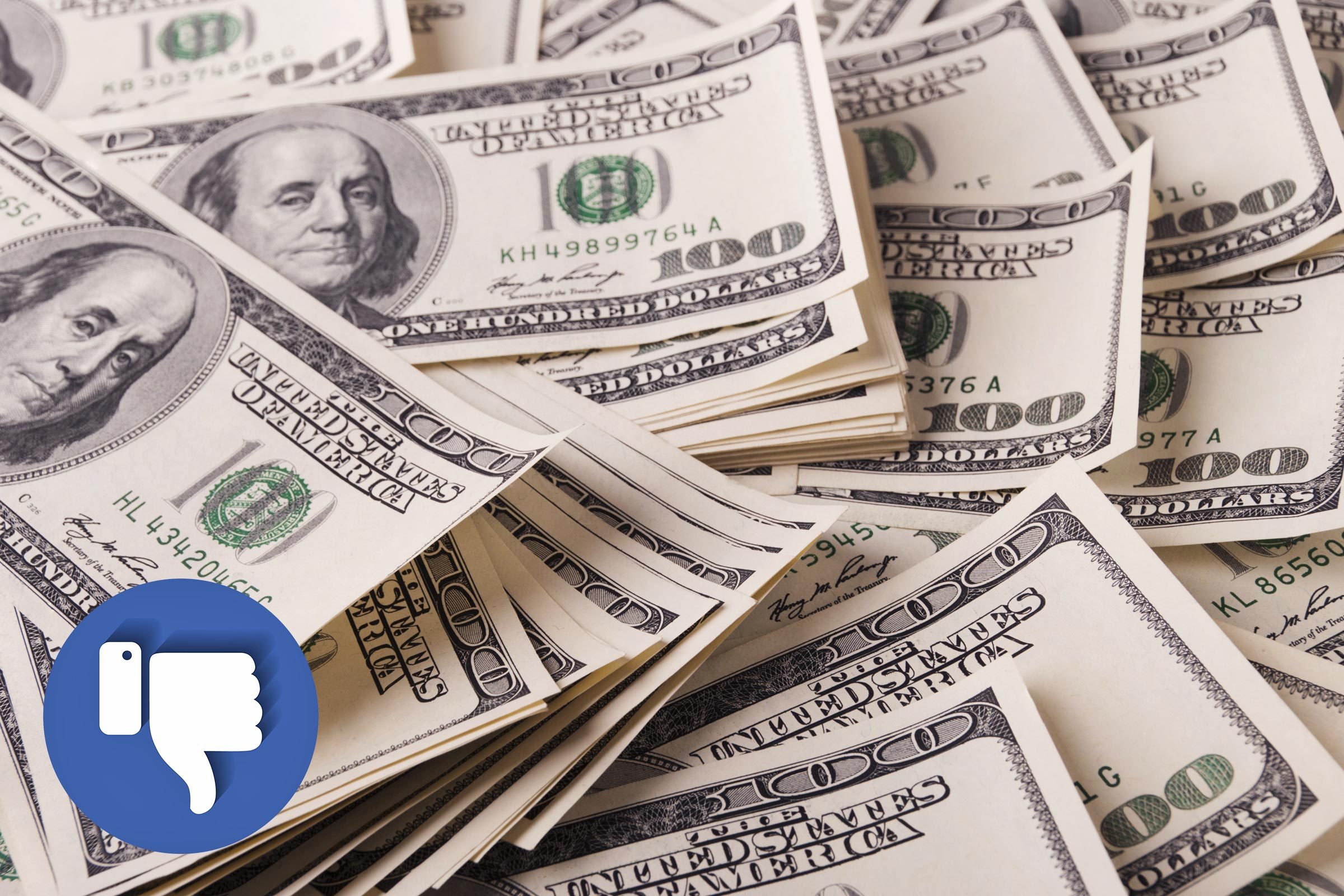 False: You can collect damages for the 2018 data breach

It’s true there was some funny business involving Cambridge Analytica. But it’s not true that if you’re one of the 50 million Facebook users whose data was harvested by Cambridge Analytica, you can get cash damages in excess of $10,000. Snopes.com unwound this rumor to discover that it originated with an article in a U.K. publication, the Sun, which subsequently walked it back until the article was deleted entirely. The bottom line, according to Snopes, is “the notion that Facebook users could collect money from the social network over the Cambridge Analytica controversy was a highly speculative one that was specific to U.K. users only and posited £12,500 (U.S. $17,500) as a theoretical maximum rather than a likely payment.” 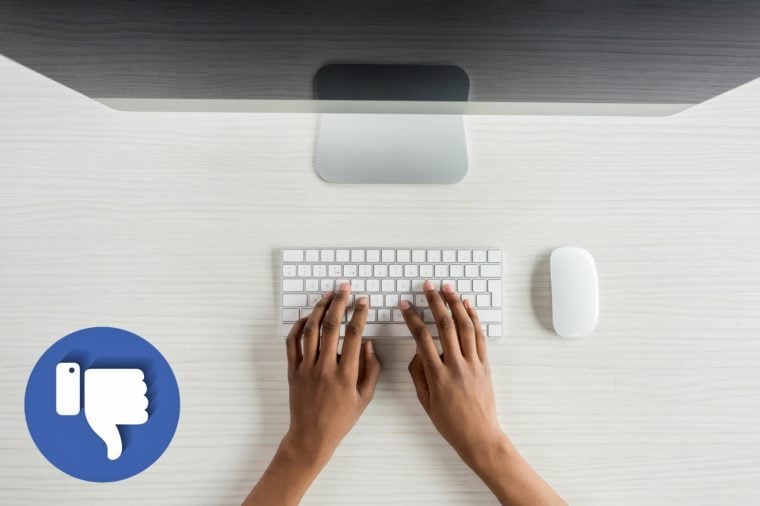 False: You can test the security of your account

Have you heard that if you type “BFF” in a comment and it turns green, your account is safe from hacking? And if it doesn’t, you’re vulnerable? Nope. Some words that you type into comments do, in fact, trigger animations (such as typing “congrats” or “congratulations,” both of which may trigger a balloon or confetti animation). But no words that you type will test the security of your account. If you think your account is vulnerable to hackers, try changing your password. 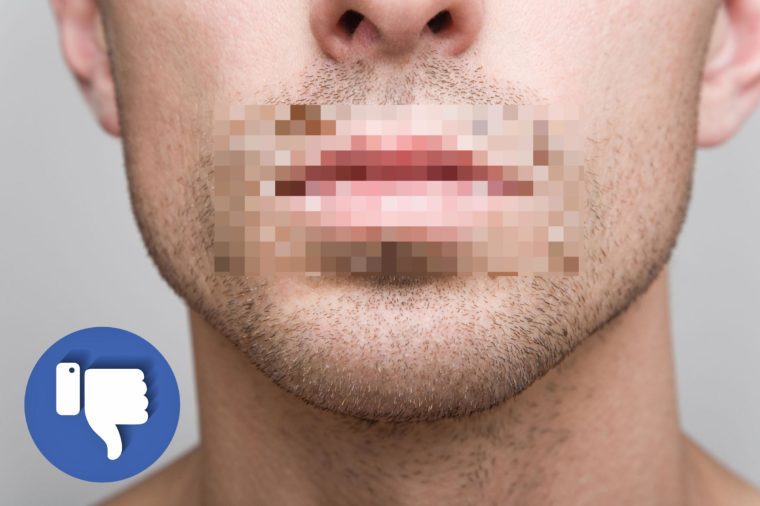 Despite what you may have read, Facebook has no anti-swearing campaign and has no plans to institute one. If you’ve been cleaning up your act, you’re wasting your time. Besides, haven’t you heard? Swearing is good for your health!

Next up, find out what your social media profile is saying about you.