9 Fake Words That Actually Ended Up in the Dictionary 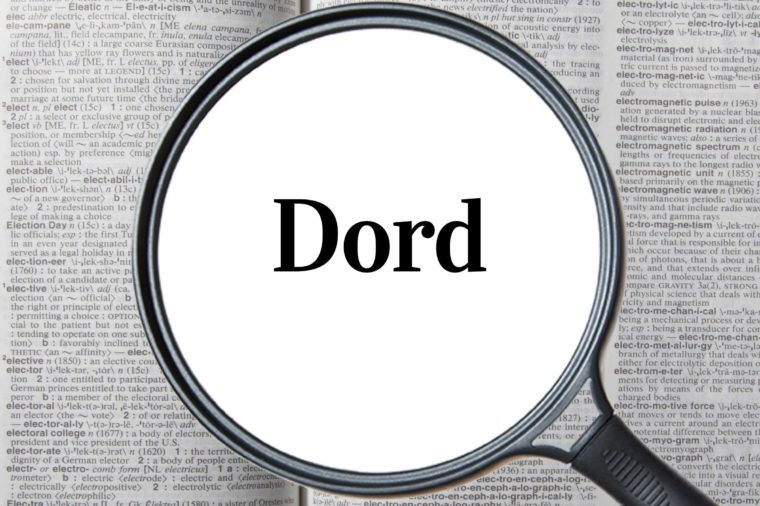 Until the 1934 edition of Webster’s New International Dictionary, abbreviations were lumped into the pages with every other full word. Editors wanted to put abbreviations into their own section in the back of the book, but as they separated the full words from the shortened words, they mistook D or d, cont/ density for the word dord. For five years, dord had its own entry as a supposed synonym for density. Learn more about how dord became a word. 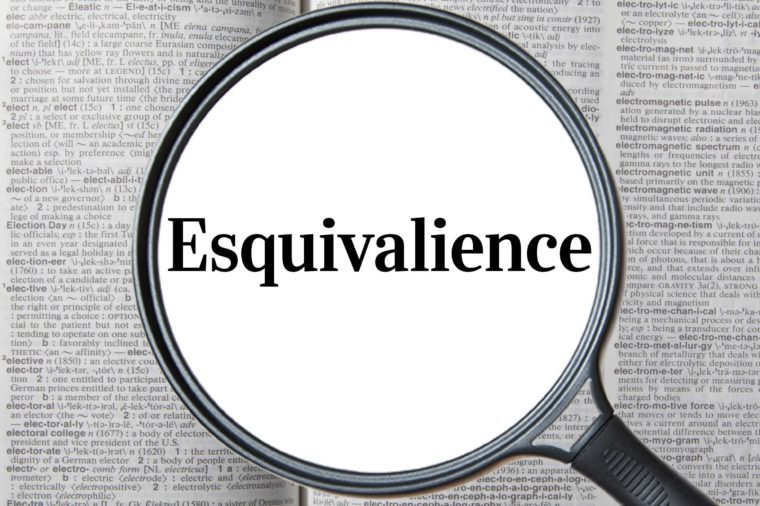 In 2005, the New Oxford American Dictionary confessed there was a fake word hiding among the E’s—and the editors weren’t doing anything to stop it. Turns out, they’d included esquivalience, supposedly “the willful avoidance of one’s official responsibilities,” as an imposter so that they could spot when other dictionaries were copying them. And it worked—esquivalience appeared on dictionary.com at one point, citing a different dictionary as its source. Awkward. 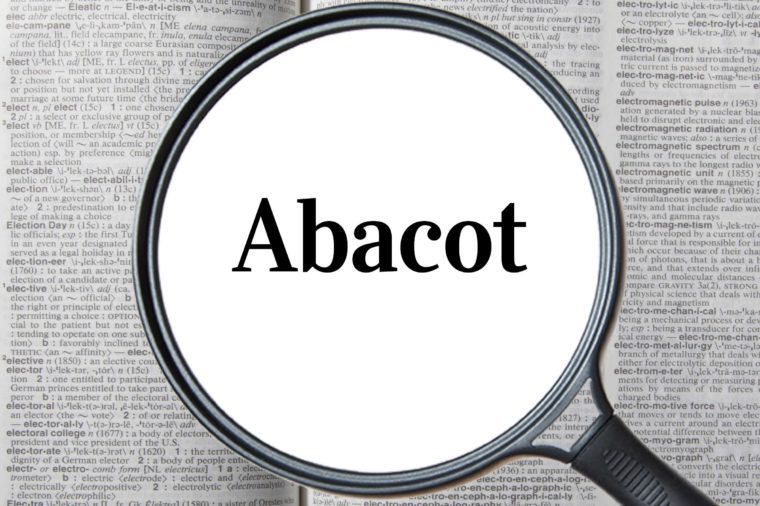 In the 16th century, Edward Hall’s Union, which laid out a history of English monarchs, contained a typo. Instead of writing bycoket, a type of 15th-century hat, the book printed abacot, which was repeated in Holinshed’s Chronicles, which used Hall’s work as a source. From there, the word ended up in dictionaries, and no one realized it was a typo for 300 years. By then, the word had taken hold, and to this day dictionaries list it as a synonym of bycoket. Here are 15 words people say aren’t real—but they are. 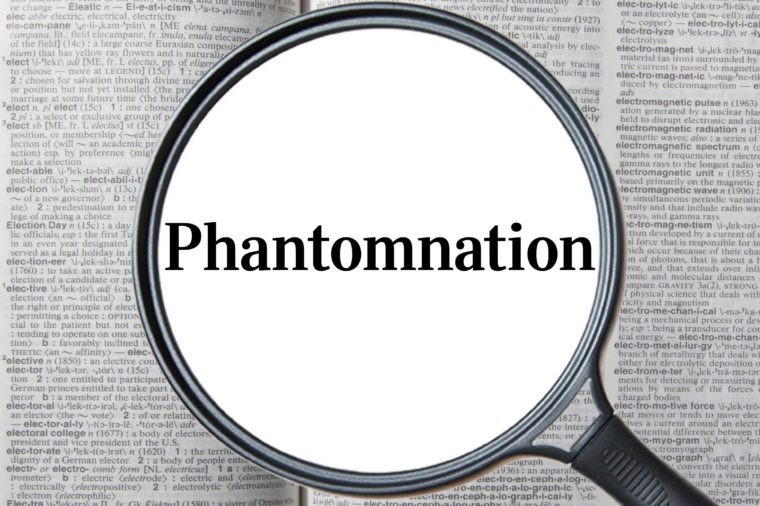 In 1820, Richard Paul Jodrell wrote about words used in literature in Philology on the English Language with phantomnation, which sounds like a particularly creepy ghost but was defined as “a multitude of spectres.” In reality, it came from a translation of The Odyssey that included the line “These solemn vows and holy offerings paid to all the phantom-nations of the dead,” meaning nations of phantoms. 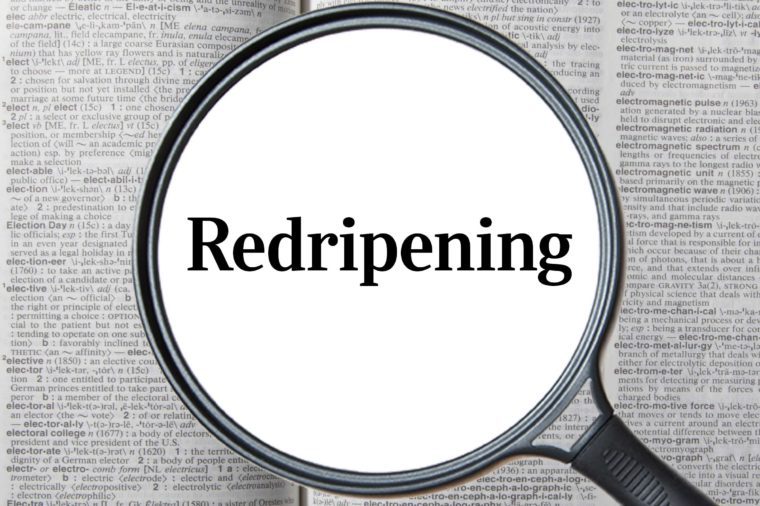 It looks like re-dripening, but it’s supposed to be red-ripening, as in “the native strawberry red-ripening grows” from a Richard Savage poem. Jodrell had plenty of other hyphenated-words-turned-single-word in his collection, including islandempress, allearthdrowning, and partycunning. Find out which 10 surprising words have been added to the dictionary recently. 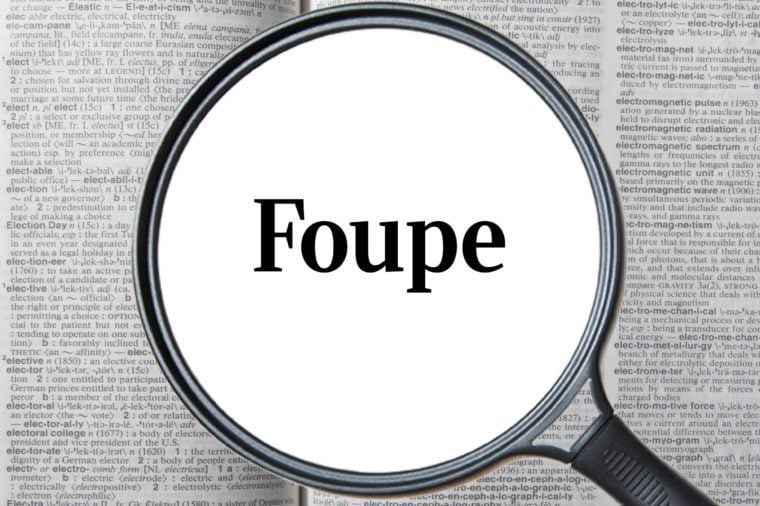 In 1755, Samuel Johnson’s A Dictionary of the English Language included an entry for the word foupe, meaning “to drive with a sudden impetuosity.” In simpler terms, it meant “swoop,” which makes sense considering it was a misreading of the less common spelling soupe. 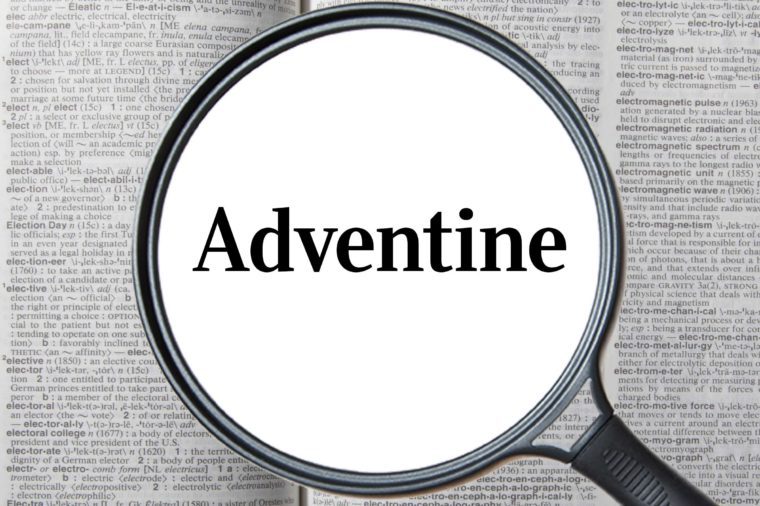 In another slipup from that dictionary, Johnson took the word adventine from Francis Bacon’s Natural History, defining it as “adventitious; that which is extrinsically added” and admitting it’s “a word scarcely in use.” Unsurprising, seeing as Bacon’s work actually read “adventive.” Johnson also claimed there were no words beginning with X, so we should really start taking his whole dictionary with a grain of salt. Learn how finding a typo in the encyclopedia helped one prisoner get released. 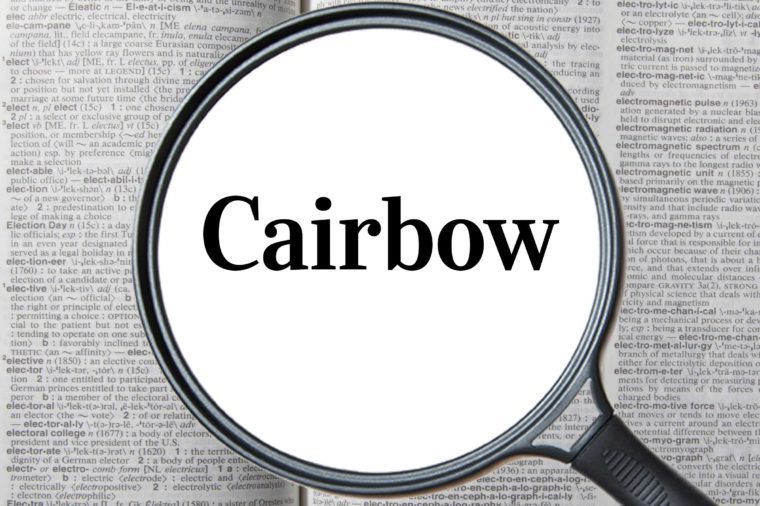 This wasn’t an actual entry, but it did pop up in an example sentence for the word glare. “It [the Cairbow] then suddenly squats upon its haunches and slides along the glare-ice,” read the Oxford English Dictionary in 1888. The quote was supposed to be about a caribou—oops! 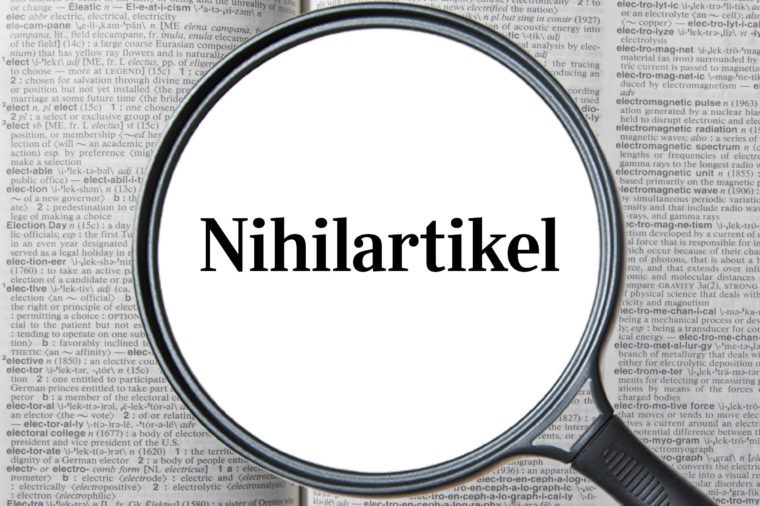 Prepare for the irony of ironies: Nihilartikel refers to fake entries in reference materials that are put in on purpose to throw off plagiarizers, but the word itself might be an imposter. It supposedly comes from a fake 2004 English-language Wikipedia article that referenced a 2003 German-language Wiki page using the word, which literally means “nothing article” in German. Then again, that fake-entry story seems to come from Wikipedia itself and the word does appear in some German dictionaries… so it might be a made-up story about a made-up story about a word for made-up stories. OK, we’re done. Now find out which 20 words even smart people mispronounce.