Oh, brother (or sister)! Their parents must have been so proud.

All three of these 16th-century monarchs shared the same father, King Henry VIII, though each had different mothers (Mary’s was Henry VIII’s first wife, Catherine of Aragon; Elizabeth’s was his second wife, Anne Boleyn; and Edward’s was his third wife, Jane Seymour.) Edward VII ascended the throne at age nine following Henry’s death in 1547. During his reign, he tried to remove Mary from the line of succession (due to their religious differences), but following Edward’s death of natural causes in 1553, Mary became Queen anyway. Elizabeth became Queen in 1558 following Mary’s death from natural causes. Don’t miss these royal ghosts that still haunt Britain to this day.

As children, Wilbur and Orville Wright, the two middle children in a family of seven kids, were best buddies. Although they never went to college, they still managed to usher in the age of modern aviation. In 1903, the brothers achieved the first powered, sustained, and controlled airplane flight. Two years later, they built and flew the first practical airplane, according to History. The two always shared credit and maintained a close relationship throughout their lives. Find out what your birth order could reveal about you.

Back before Michael launched his solo career, he was just one of The Jackson Five, comprised of himself and four of his brothers: Jackie, Tito, Jermaine, and Marlon. Not only was The Jackson Five one of Motown’s most successful acts in the 1970s, but they were also among the first black teen idols with a white audience. The Jackson Five weren’t the only musically gifted siblings in their family, however. Of the nine who survived infancy (Brandon, Marlon’s twin didn’t), all grew up to become professional musicians (including LaToya, Randy, Janet, and the eldest, Maureen).

When the sibling of a monarch ascends the throne, it’s almost always because the preceding monarch died with no legitimate heirs. But King Edward VIII was very much alive when his younger brother, Albert, ascended the throne as King George VI in 1936. In fact, he lived for 20 years after his younger brother, the King’s, death. Here’s the whole scandalous story of Edward VIII’s abdication.

Many of the nine sons and daughters of Joseph P. Kennedy, Sr. and Rose Kennedy changed history in his own way:

Don’t miss these 12 still-unanswered questions about the assassination of JFK.

Charlotte (born 1816), Emily (born 1818), and Anne (born 1829) were the only Brontë sisters to survive childhood. Often left alone together, the isolated girls wrote stories to entertain themselves. In adulthood, each went on to become a novelist: Charlotte wrote Jayne Eyre, Emily wrote Wuthering Heights, and Anne penned Agnes Grey and The Tenant of Wildfell Hall. Although Anne may be less well-known now than Charlotte or Emily, her novel, The Tenant of Wildfell Hall was a best-seller in 1848 and sold more copies than Emily’s 1948 novel, Wuthering Heights. 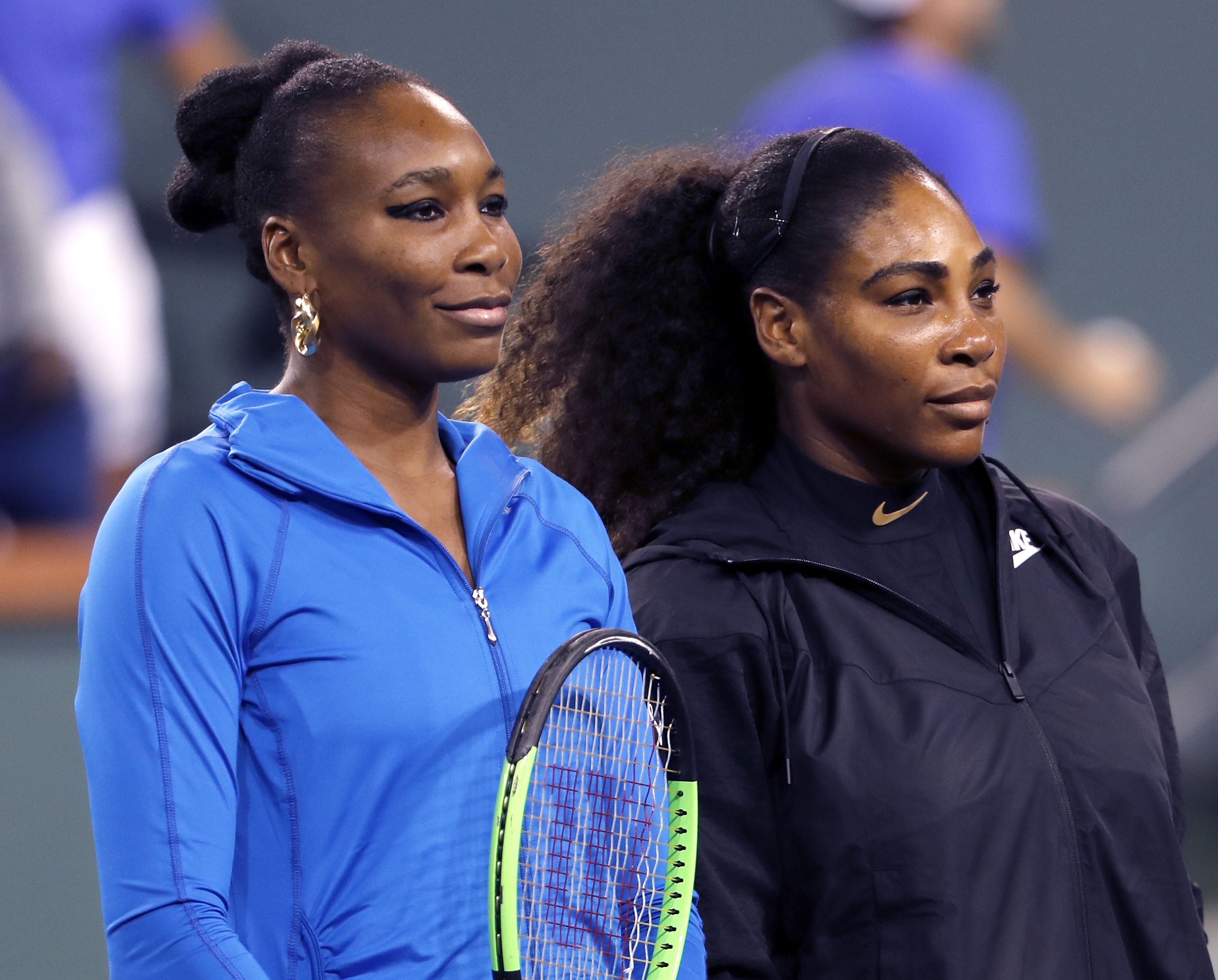 California-born Venus (born 1980) and Serena (born 1981) were the youngest of five sisters and barely out of toddlerhood when their dad, Richard, started teaching them tennis (he, himself, was self-taught). Richard’s intensity and the girls’ raw talent and dedication paid off with the girls developing into record-breaking, all-time champions, not to mention known-by-their-first-name cultural icons. Venus and Serena are famous also for their competitiveness with one another, which has only fueled their careers and their loving relationship with one another. These are the 27 things only sisters understand.

The Marx Brothers, an enormously popular comedy act from the early 1920s until the late 1960s, was made up of five real brothers. From oldest to youngest, they were Chico, Harpo, Groucho, Gummo, and Zeppo (not their real first names), although Gummo dropped out of the act early on to become an agent, and Zeppo left the movie business altogether around 1933, after the making of Duck Soup. After 13 films, Chico and Harpo more or less retired, and Groucho began a second career as the host of You Bet Your Life.

George wrote the music, and Ira the lyrics, and together, the Gershwin brothers created a sound that some say defined the jazz age of the 20s and 30s. Ira (born 1896) was the oldest of the four Gershwin siblings, and George (born 1898) was the second. From 1924 until George’s death from a brain tumor in 1937, these two uber-talents composed over two dozen Broadway and Hollywood scores, including the classic folk-opera Porgy & Bess and Tony award winner Crazy for You.

Without Wilhelm Carl Grimm (born 1786) and his younger brother, Jacob Ludwig Carl Grimm (born 1785), who wrote the folktale anthology, Grimm’s Fairy Tales, we might have Snow White and Cinderella, but not the science of folklore, which the collection inspired. These are the most popular fairy tales of all time.

Identical twin sisters, Esther (“Eppie”) Pauline Friedman Lederer and Pauline (“Popo”) Esther Friedman Phillips were born in Iowa in 1918 and grew up to be the authors of the “Ann Landers” and “Dear Abby,” advice columns respectively, with Ann Landers coming first. “Both columns were characterized by a straightforward tone, practical advice, and a firm but modern moral sensibility,” writes the Jewish Women’s Archive. “In a change from previous advice columns, both women used humor, including sarcasm and one-liners, in their responses.”

Scott Kelly and Mark Kelly are identical twins from West Orange, New Jersey, who grew up to be the ground-breaking astronauts at the center of NASA’s 2015-2016 twins study. The study followed changes to Scott’s body after he spent a year in space, while Mark remained on Earth. What it found is that Scott’s year in space brought with it only minor changes in gene expression, but this knowledge, in itself is a major step in understanding how space flight affects the human body. Don’t miss these here are 11 tips on becoming BFFs with your sibling as adults.

Per its website, the Mayo Clinic is a “nonprofit organization committed to clinical practice, education, and research, providing expert, whole-person care to everyone who needs healing.” But you probably know it as one of the finest hospitals systems in the United States. What you may not know is that it was founded by brothers, William and Charles Mayo, along with their father, William, and all of them were gifted physicians. Next, read on for 11 famous sibling rivalries throughout history.