7 Famous Slogans That Had to Be Changed

A slogan has to be catchy, memorable, and clever—so what happens when a company's tagline turns out to be outdated, insulting, or downright terrible? 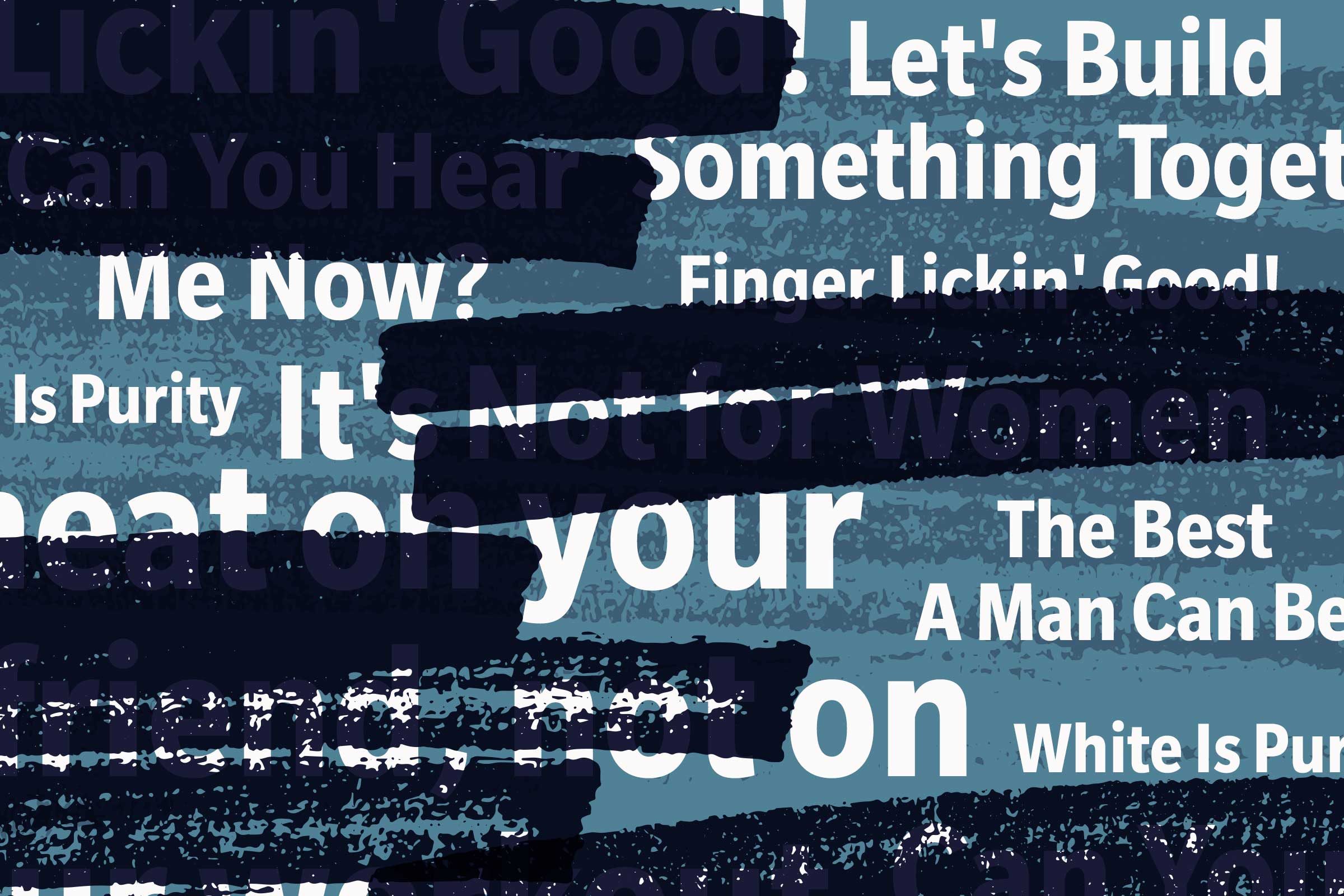 Slogans and ad campaigns can be make-or-break for companies both new and old. Brands are notorious for quick, light, and catchy slogans expertly crafted to stick in your mind for days. Some slogans are jingles that you can’t get out of your head, some are just a few memorable bars, and some are just a few clever words that string together to remind you of the product at every turn. A good slogan can be the key to success or the downfall of a great idea, it all depends on its reception. Just look at the surprisingly morbid origin of Nike’s “Just Do It.”

While many of these slogans have been around since the companies inception, many others have outlived their intended purpose. A surprising number have desperately needed everything from a slight tweak to a full-blown overhaul. As attitudes and perceptions change, brands have had to keep up, change up, and sometimes even apologize to their audiences. We’ve compiled a list of slogans and campaigns that have had to change over the years—take a peek at which ones you remember. 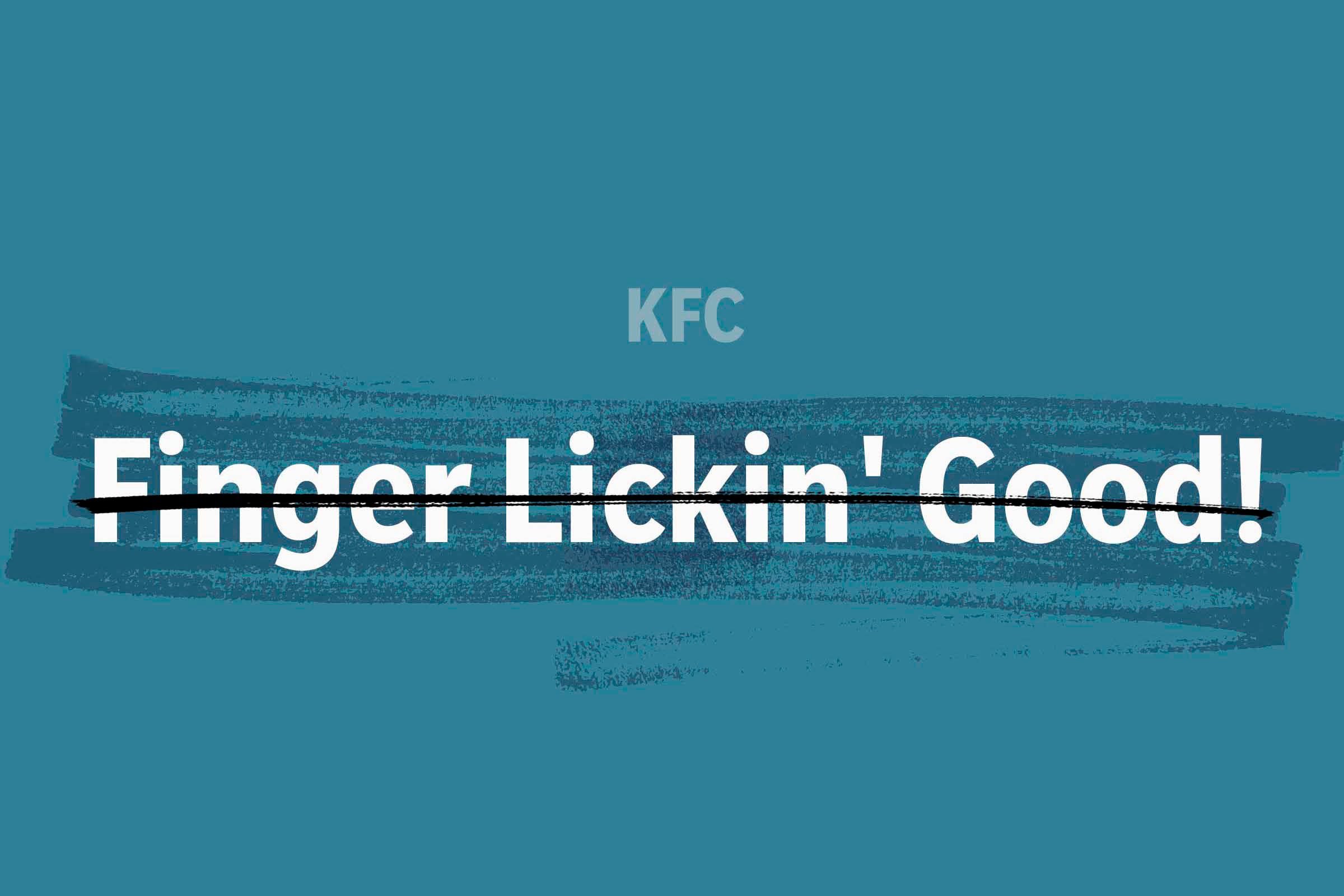 This is one of the most recent on the list. Everyone remembers Colonel Sander’s famous chicken that is, or more exactly was, “Finger Lickin’ Good.” However, in the time of a global pandemic, encouraging any time of unnecessary licking without hand-washing? Bad news and even worse publicity.

The slogan has been faithfully serving the poultry giant for over 64 years. Now, the company has stated it will “retire” the slogan with a possibility of bringing it back at a later, more appropriate date. On that note, take a peek at why KFC is no longer called Kentucky Fried Chicken. 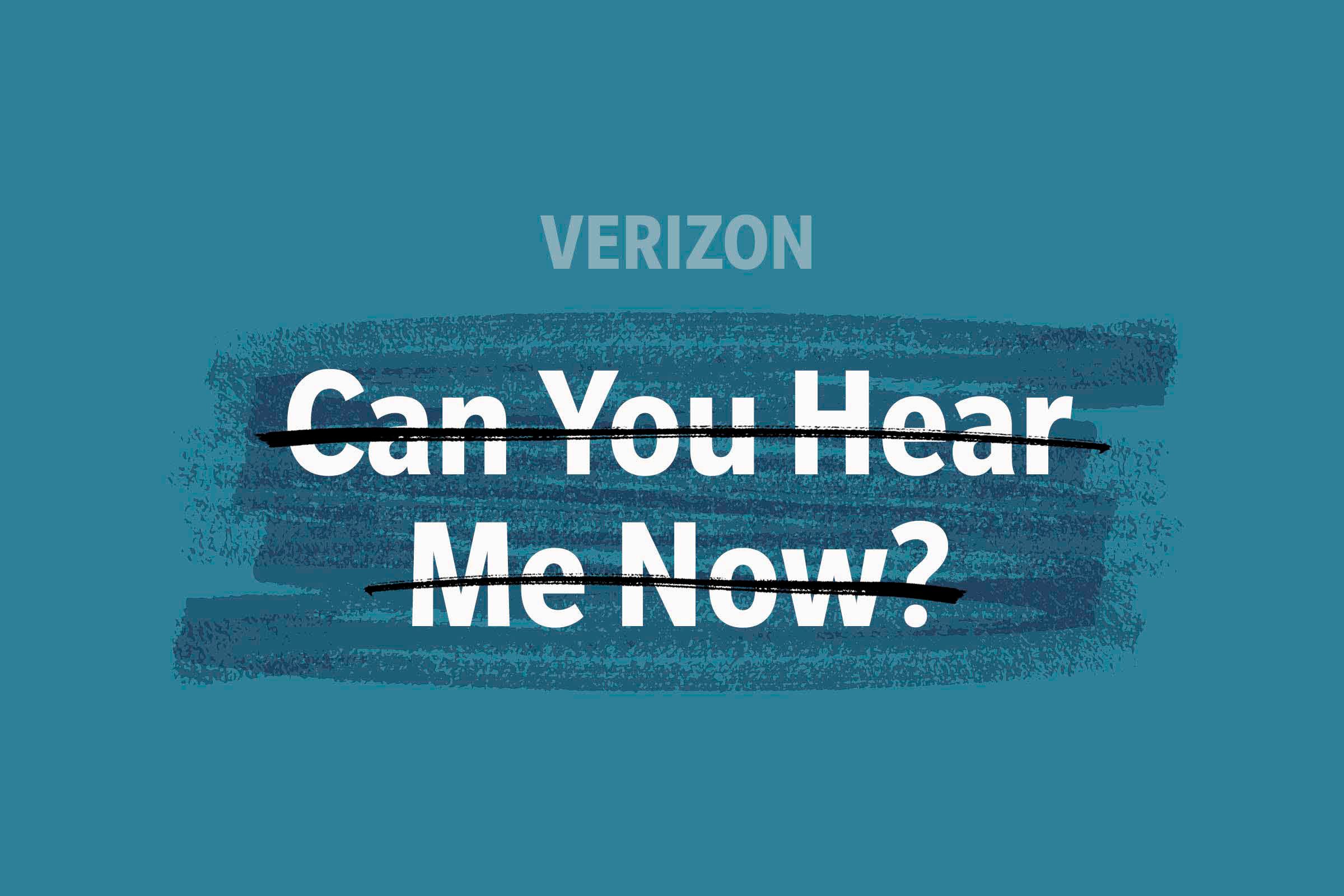 Verizon’s “Can You Hear Me Now?”

If you were alive in the mid-to-late aughts, you’ll likely remember the über-popular “Can You Hear Me Now?” commercials with a revolving cast of characters. Verizon used this slogan as an indirect attack on its competitors who were known for dropping calls or lacking nation-wide cell service.

The full slogan (“Can You Hear Me Now? Good”) was retired in 2010 likely due to the changing usage of cellphones. While calling was king in 2008, the next decade would change everything. More and more people began texting, calling over data/internet, and video chatting. From 2010 to 2016, Verizon toted “Rule the Air” to again brag about coverage. In 2016, when competitors began to close the coverage gap (and perception of such) that Verizon had capitalized on for many years, they went with the slogan “Better Matters” to instead emphasize the quality of connection.

While Verizon and its competitors still compete over coverage and maps, now it’s much more about data coverage and less about telephone towers. In fairness, who bothers to call anymore? While you’re thinking about cell phone providers, can you guess the least reliable cell phone company in America? 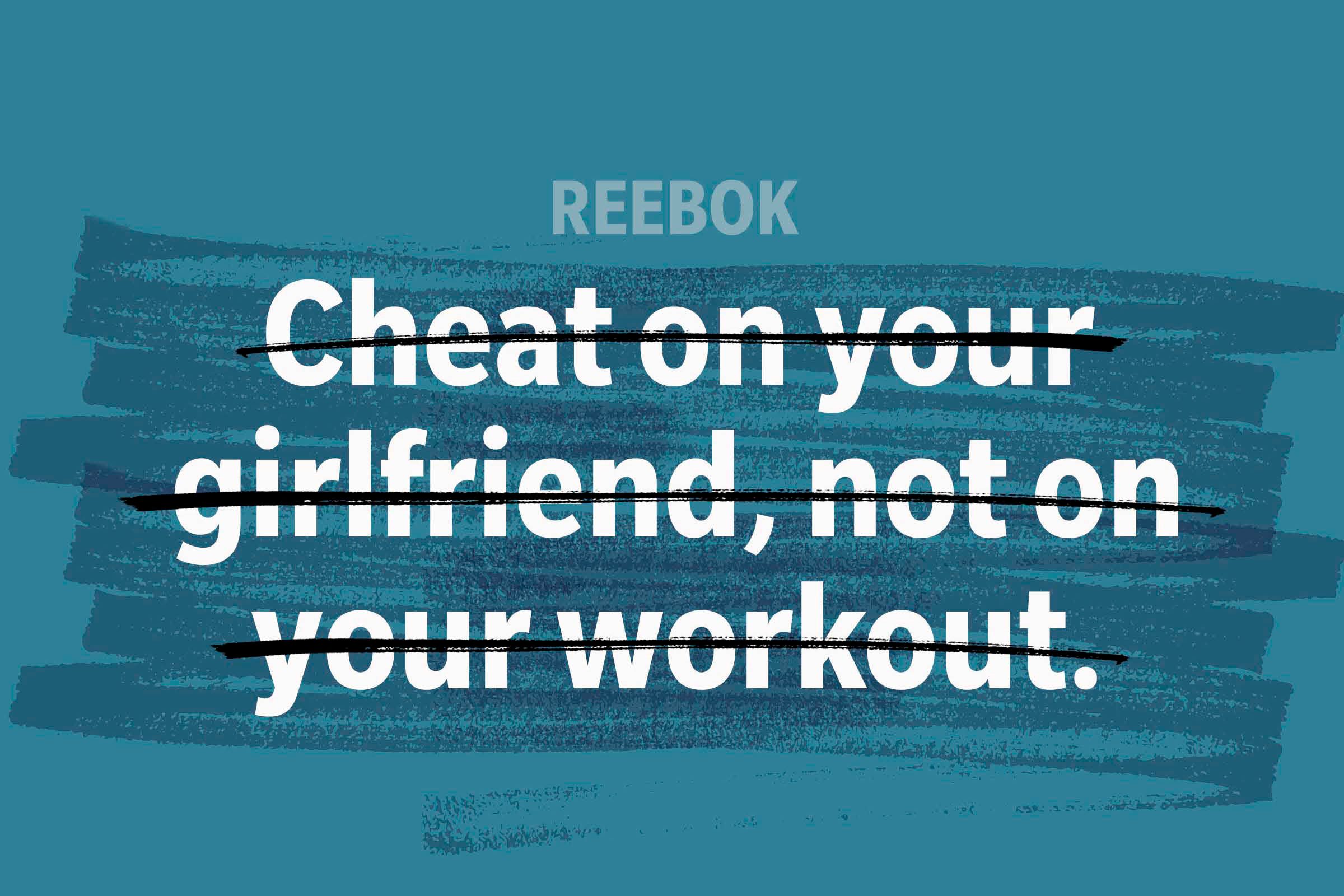 Reebok’s “Cheat on your girlfriend, not on your workout” campaign

While it’s a catchy play-on-words, there’s little room for doubt on why this campaign went poorly. This slogan only ran in Germany in a very short-lived campaign poster. Unsurprisingly, it was rolled right back in when consumers couldn’t believe their eyes. Beyond being blatantly sexist and misogynistic, the ad also showcased poor consumer demographic knowledge (women buy sports equipment and clothing, too!) and even poorer judgment. Images of the posters went viral and received global backlash, with some previous supporters threatening a boycott. In the end, Reebok argued that the company “does not advocate cheating…in any way.” Speaking of thinly-veiled sexism, check out these controversial American ads reimagined by female artists. 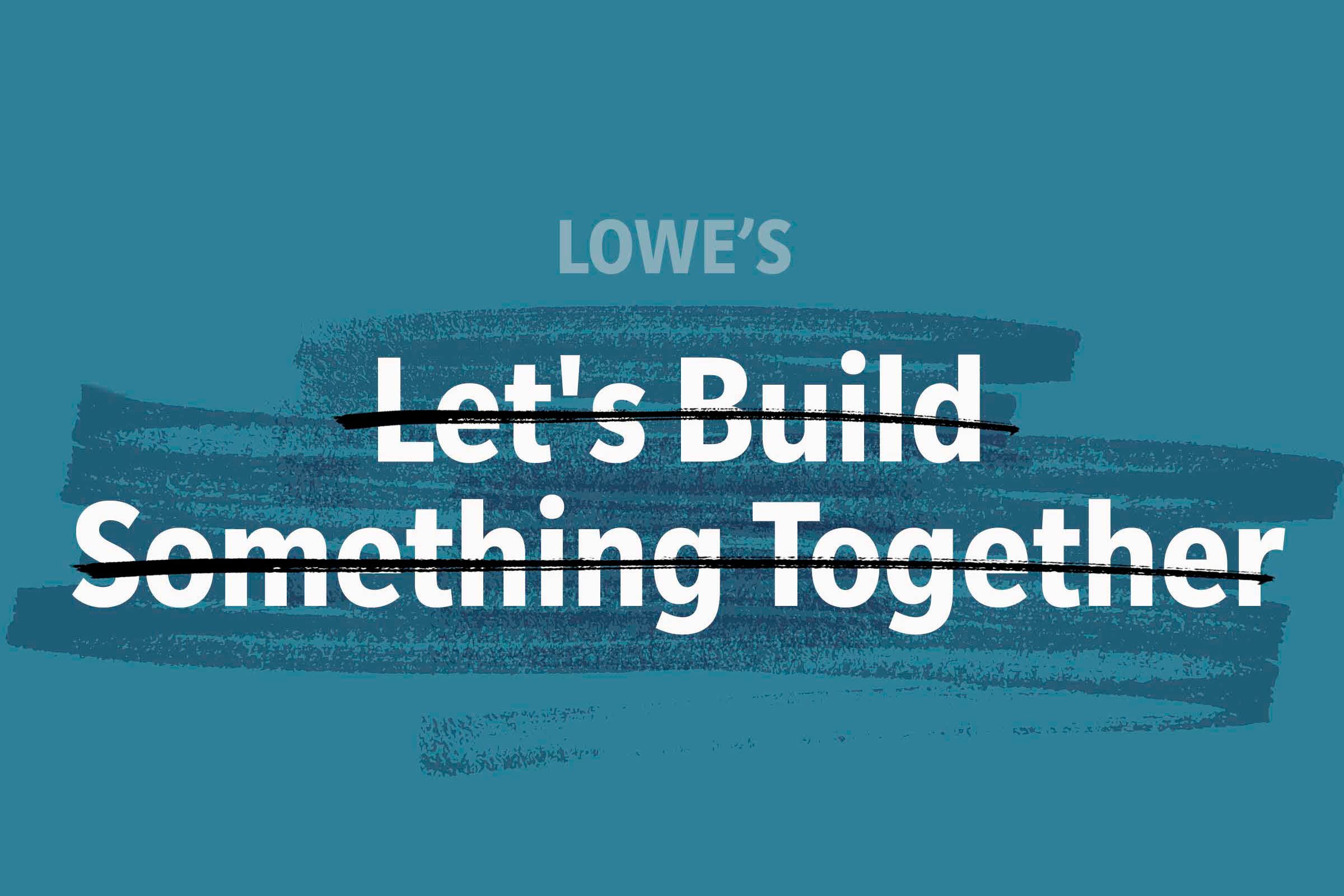 Lowe’s “Let’s Build Something Together”

Lowe’s tagline has changed a number of times during the 21st century. In 2006, the company went with the memorable “Let’s Build Something Together” before replacing it with 2011’s “Never Stop Improving.” Now, in 2019, Lowe’s has rebranded with the slogan “Do it right for less. Start at Lowe’s.”

It has not slipped anyone’s mind that the slogan has a startling similarity to Home Depot’s “More saving, more doing.” Many have argued that Lowe’s is reaching out to DIY customers to rival the giant as DIY became increasingly popular. Now, amidst large political donations/affiliations and threatened repeat stay-at-home-orders, the rebranding might have been exactly what the company needed. While on the subject, check out the weird things you didn’t know you could buy at Lowe’s. 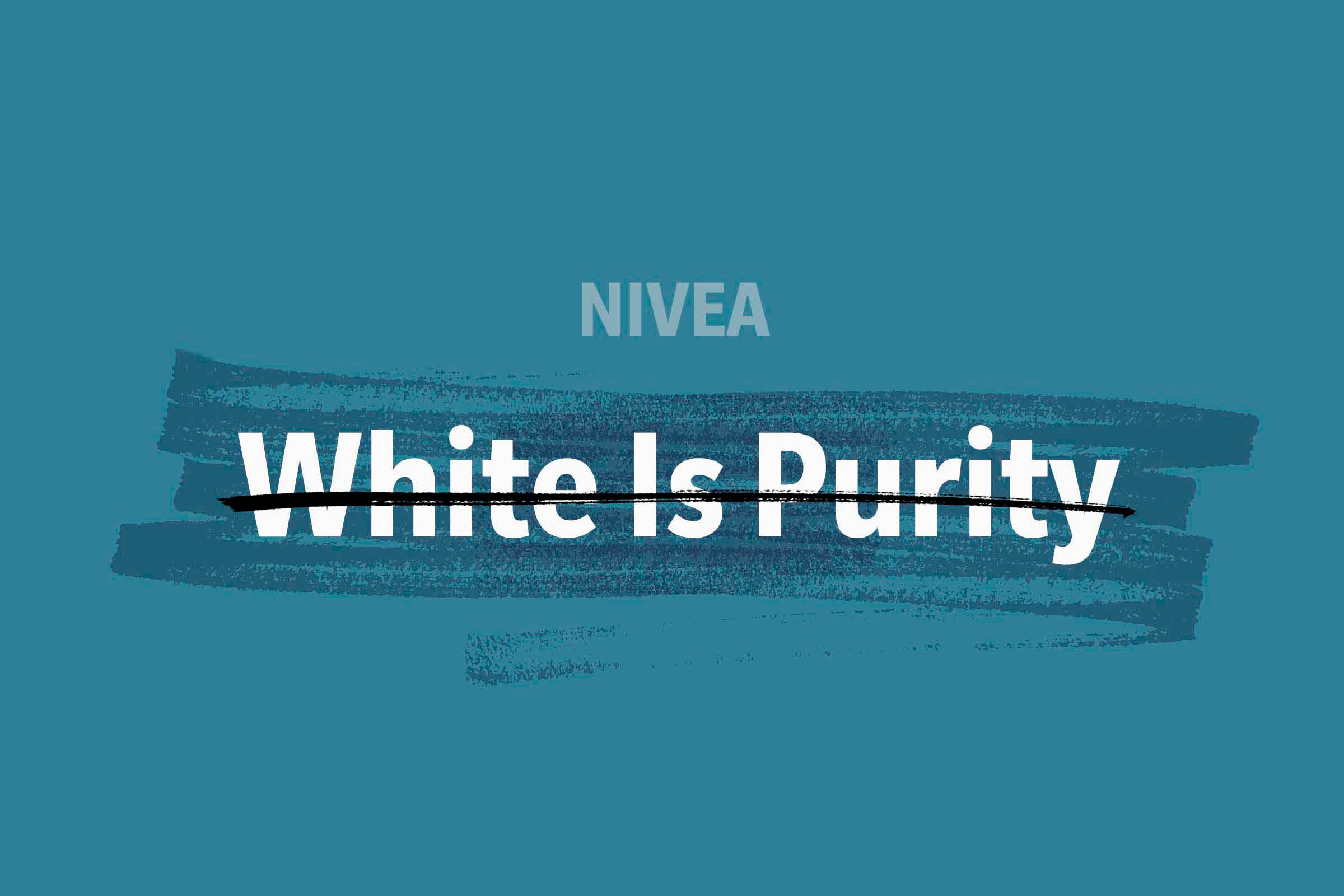 Unbelievably, this slogan from the personal care brand hit the market in 2017. The ad and slogan were created to advertise the then-new spray deodorant. The concept was simply: the deodorant is invisible and doesn’t leave marks on black nor white clothes. However, the execution of this idea was inherently flawed and racist.

The ad, from Nivea’s branch in the Middle East, came alongside an image of a woman with long dark hair and the slogan “White is Purity.” The image and slogan were soon after co-opted by white supremacy groups and racist organizations. Many were horrified the ad made it through the marketing team and onto the social media of such a large corporation. While Nivea as a company (the United Kingdom and the United States especially) tried to distance themselves from the post and apologized, the image continued to circulate and brought other ads from the company’s past to the surface. Check out what these famous brands are called in other countries. 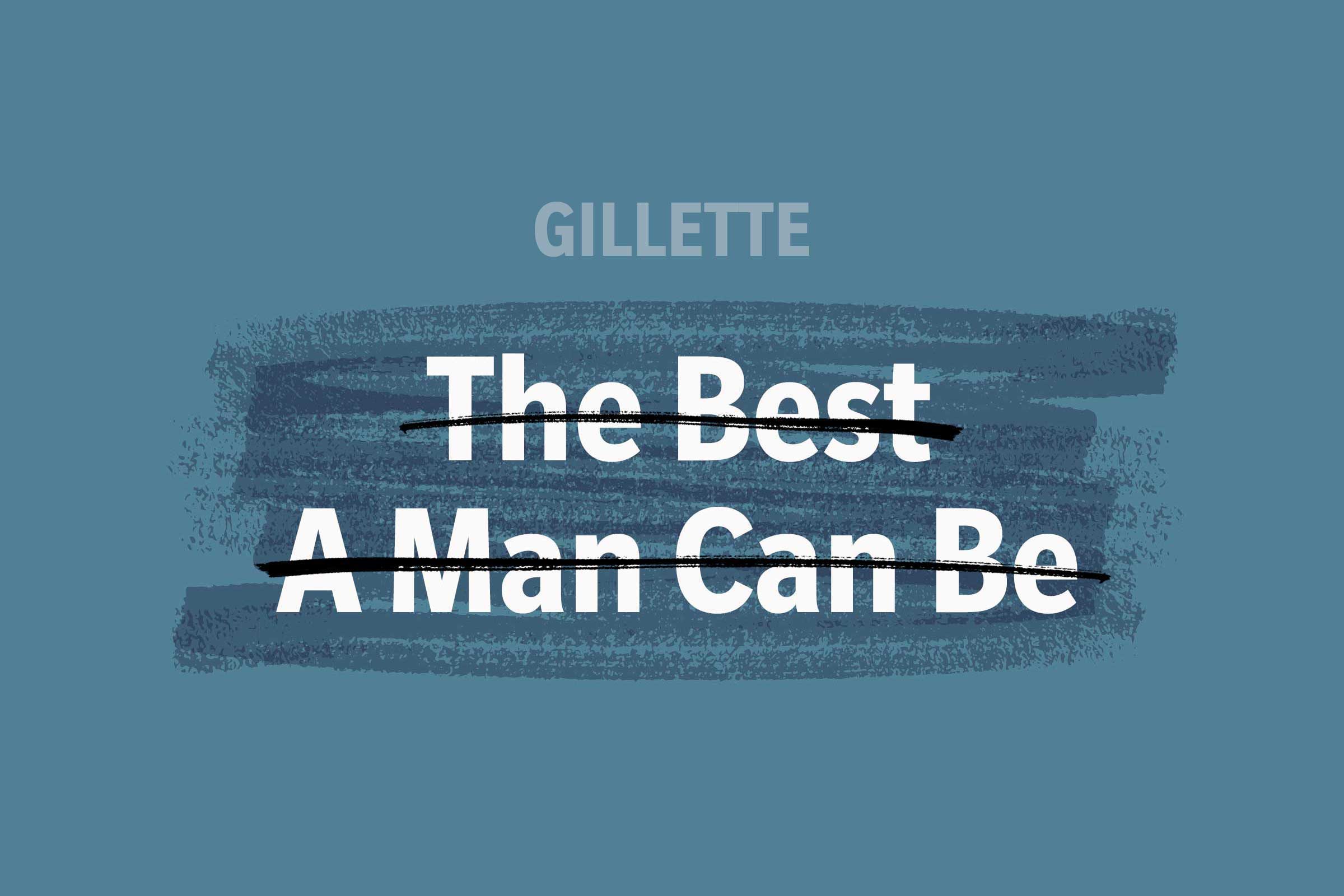 Gillette’s “The Best A Man Can Be”

The Proctor and Gamble company, Gillette, is known for its razors and shaving products. Largely, these are targeted toward men, emphasizing the connection between masculinity and facial hair. For over a hundred years, Gillette touted some variation on the slogan “The Best A Man Can Get.” In early 2019, however, Gillette took a new angle and temporarily changed their slogan to “The Best A Man Can Be.”

In their now-famous (or infamous) “Believe” commercial, Gillette took on #MeToo movement, toxic masculinity, and bullying. Some praised the commercial for encouraging men to hold men accountable and treat each other (and women) with respect. Others, on the other end of spectrum, found the commercial “feminist propaganda” and boycotted the company. Customer reviews and satisfaction went from around 85 percent positive before the video to over 50 percent negative in a matter of days. The company has since returned to its original slogan, but continues to work toward being more than a “manly” company. Social media can be a force for good, but it can also wreak havoc on your brain. 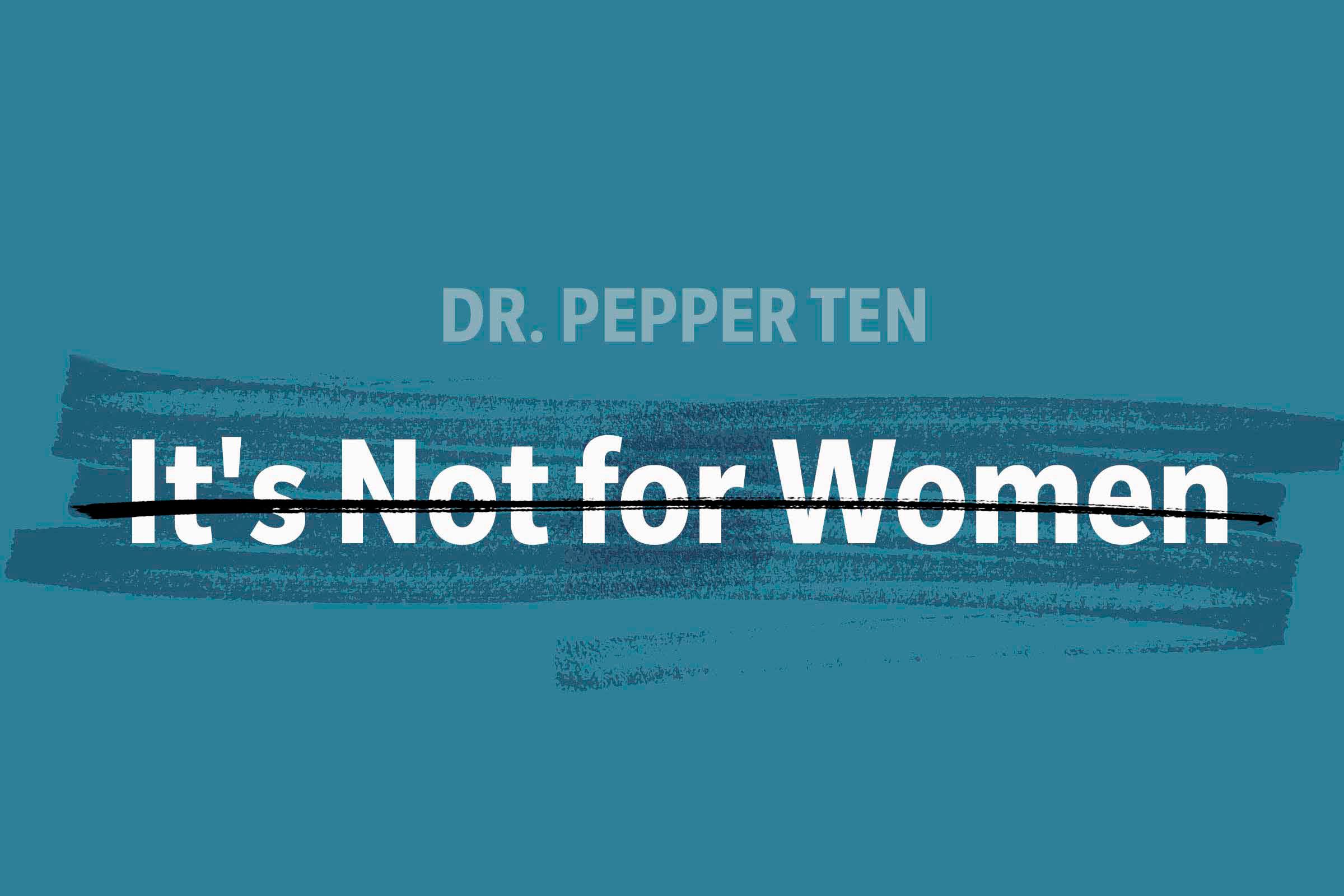 Dr.Pepper Ten’s “It’s Not for Women”

The year 2011 brought a number of questionable ads to our attention, but few as memorable as the short-lived advertisement and campaign for Dr. Pepper Ten. The drink was intended to corner the market on diet soft drinks aimed at a male audience, or male soft drink drinkers. The campaign featured an elaborate, hopefully-satirical commercial with action-movie stunts and jokes about rom-coms. The tag line “It’s Not For Women,” didn’t seem to have the intended effect, ironic or not.

The executive vice president of marketing once said “women get the joke,” as though the ad was making fun of itself. Whatever the intention, the ad received national attention and was eventually pulled entirely. The original commercial was cut and has become harder to find online but, of course, the internet never forgets. Additionally, the drink itself has become increasingly difficult to find even for the most loyal of Dr. Pepper fans. Next, check out these everyday products that have gotten some terrible reviews.