What Your Favorite Font Says About Your Personality

We bet we can guess your favorite font based on your sense of humor, guilty pleasures, and even your fashion choices. 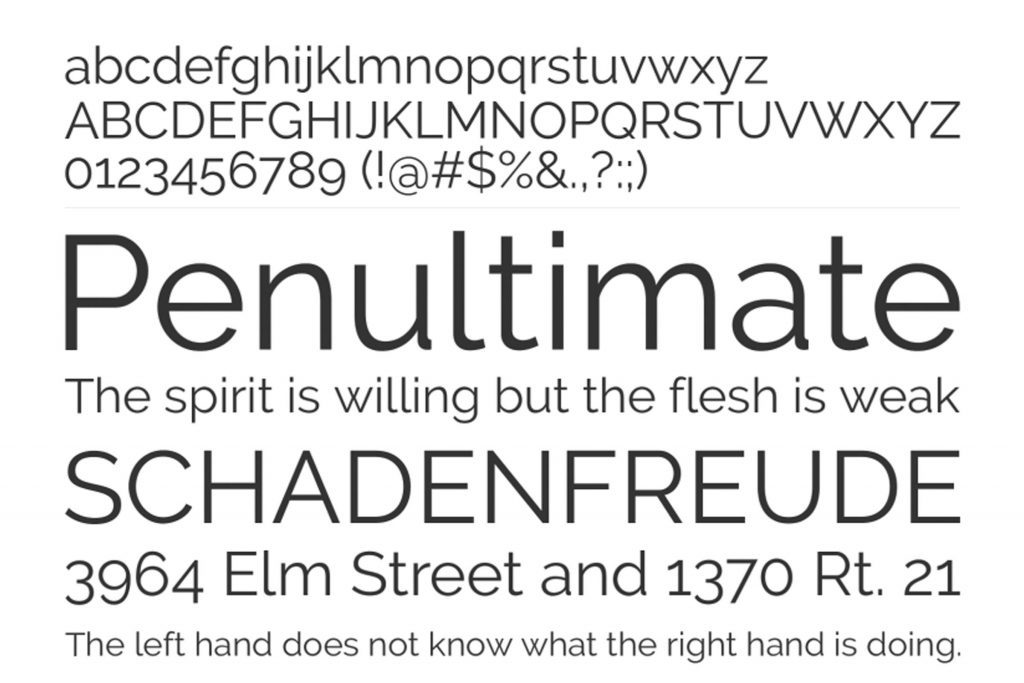 Are you someone who notices a single item out of place in your house? Do you wash your dishes immediately after eating because the sight of a full sink gives you a panic attack? If these OCD tendencies sound familiar, we bet you love Raleway font. “The Raleway font fan is clean and modern at home. They keep their desk extremely organized at work and use hand sanitizer every time they exit the subway,” says Phyllis Roth of By Invitation Only Designs in New York City. This person is so fastidious that you “can eat off their kitchen floor,” she adds. 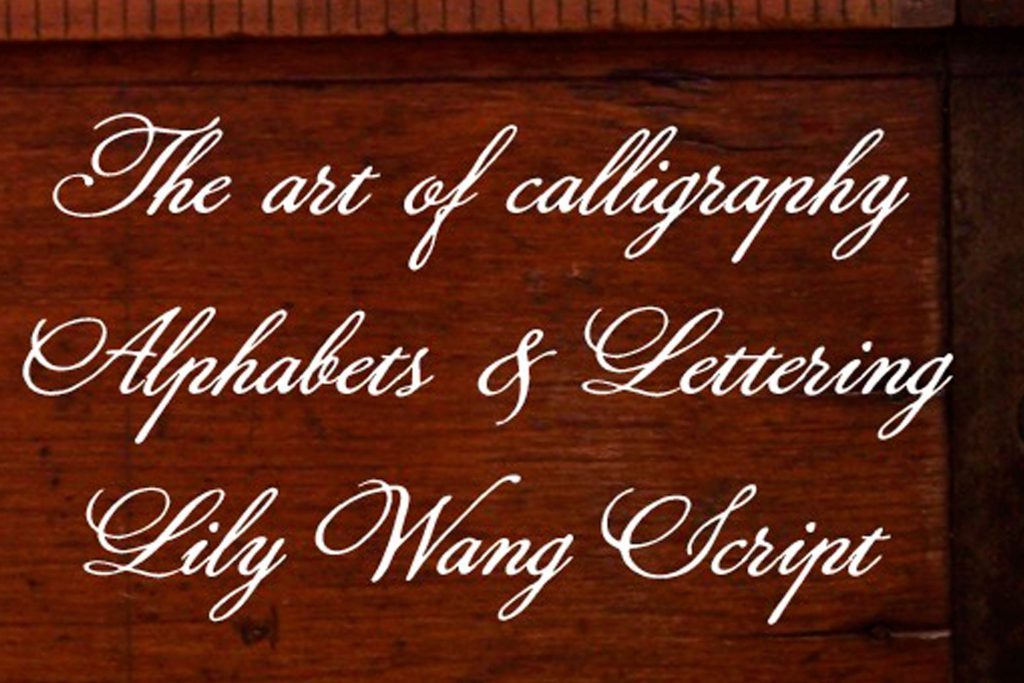 This curly-cue font appeals to someone who’s uber-feminine, whimsical, and is sometimes guilty of living with her head in the clouds. As an eternal optimist, you always look on the bright side. If you had it your way, everyone would live a charmed, fairytale life. When it comes to sending a wedding invite, Roth says that you’ll want every recipient’s card to look hand-written and personalized so that they feel special. On the big day, “this bride will be wearing feathers somewhere on her person,” Roth says. Your favorite font may say some things about you, but your personality type says it all–find out if you have the rarest MBTI personality type. 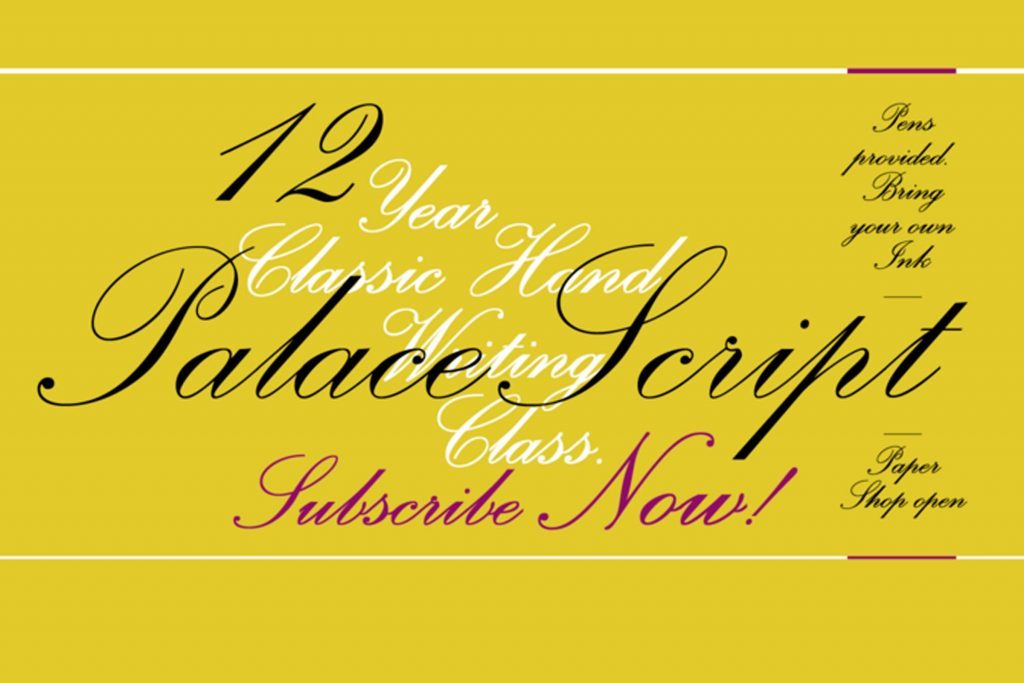 Are you a proud theater buff? Do you know all wine terminology only a true expert knows? If so, we know your go-to font is Palace. “A client who chooses this classic and elegant font is somewhat of a snob and loves anything European,” Roth says. “They kiss on both cheeks, and their obsession with anything related to the Duchess of Cambridge knows no bounds. They definitely own at least one fascinator, pocket square, and a pocket watch.” 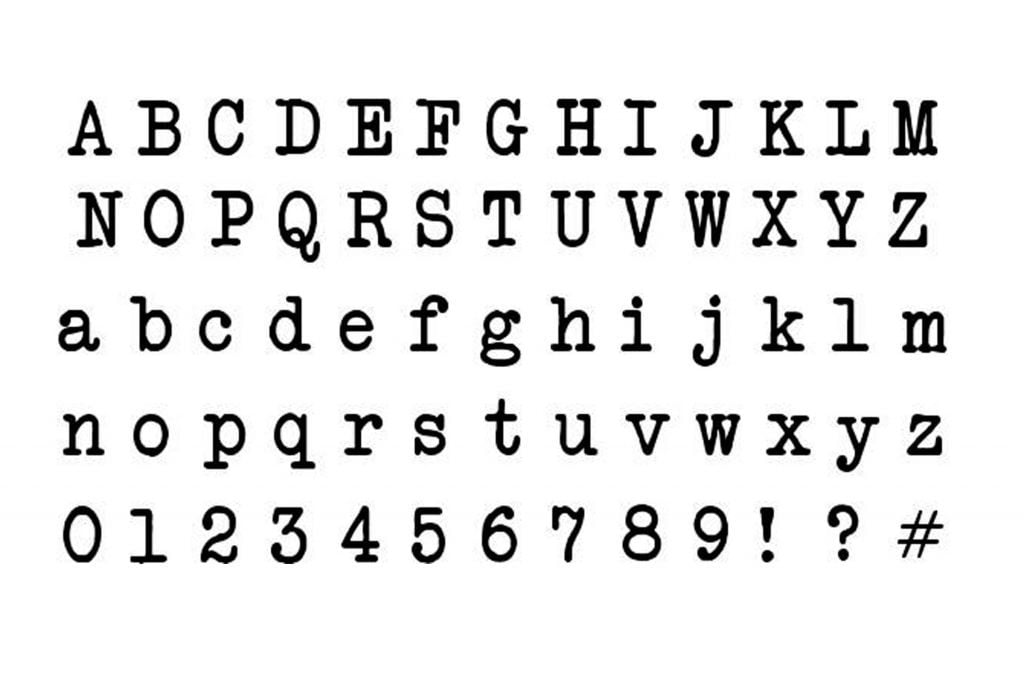 If it were up to you, Typewriter lover, you’d return to your college glory days in a heartbeat. You feel that nothing was better than living with your nose in a book, staying up late to work on your thesis, and avoiding real, adult responsibilities (oh, mortgage payments, what a chore). Further, you used to believe that your philosophies and opinions were sound, and would gladly debate them. “A client who chooses this typewritten font is a dictator of sorts, as they always think they know best,” Roth says. “This person is generally a literary person who wishes they were still living in a college dorm room.” 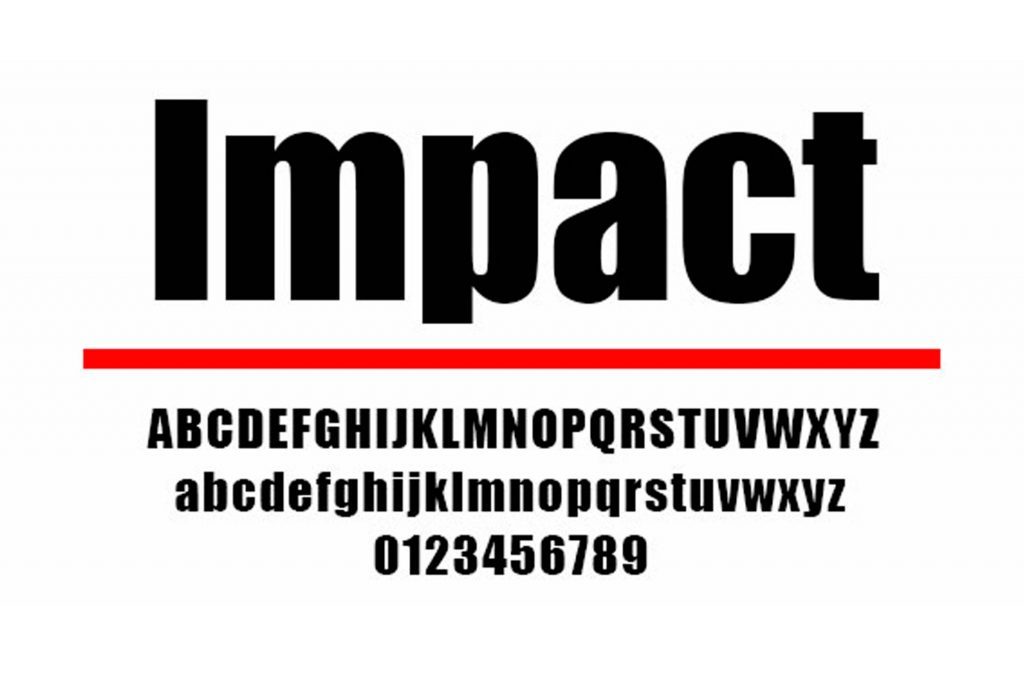 Impact font fans can be thought of as adventurous, brash, and the life of any party. If you’re in the room, everyone knows it. You love cracking jokes and testing the limits of how far you can tease people. “A client who chooses this bold font is really more interested in going out to a nightclub than attending their wedding,” Roth says. “They love the shock value of having a very bold, unusual, and powerful personality.” And when it comes to invitations, Roth says that they hope Impact font “will reflect their funky personality and set the tone for a Studio 54 throwback event. Get your dancing shoes on for this one.” 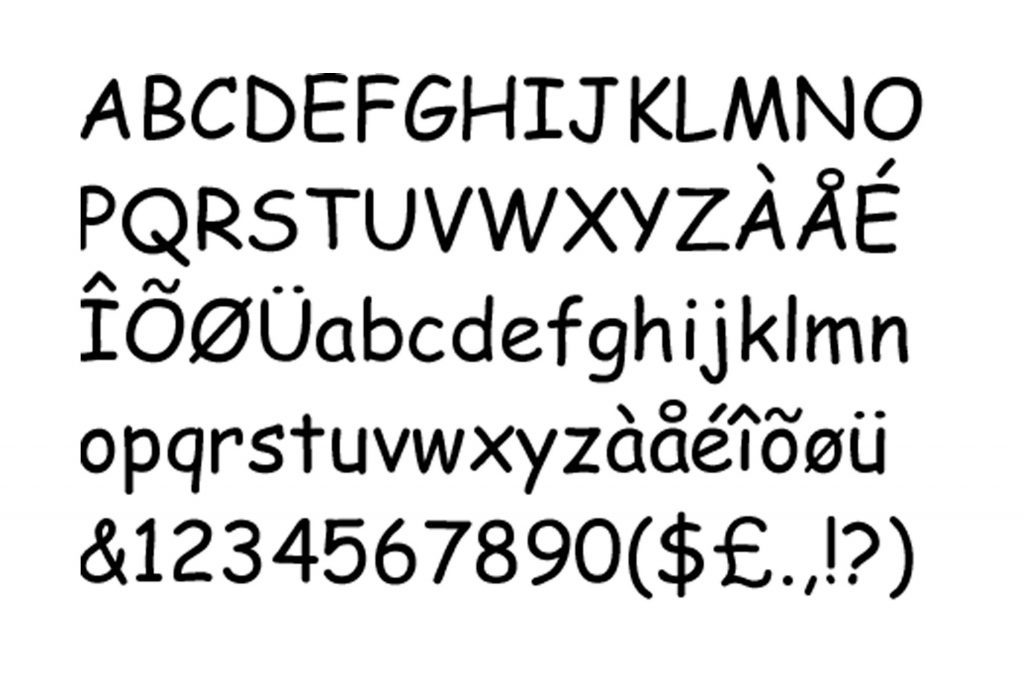 There are two options for the person who loves Comic Sans: One: you’re a teacher with young pupils, and two: you’re extremely young in spirit. If it’s the latter of the two, we’ll bet that your friends consider you a true kid at heart, and it can be hard to have a serious conversation with you because you’re always being silly. “A client who chooses this sophomoric font is young at heart. Your favorite dress code is barefoot, and your preferred event is a BYOB barbecue,” Roth says. 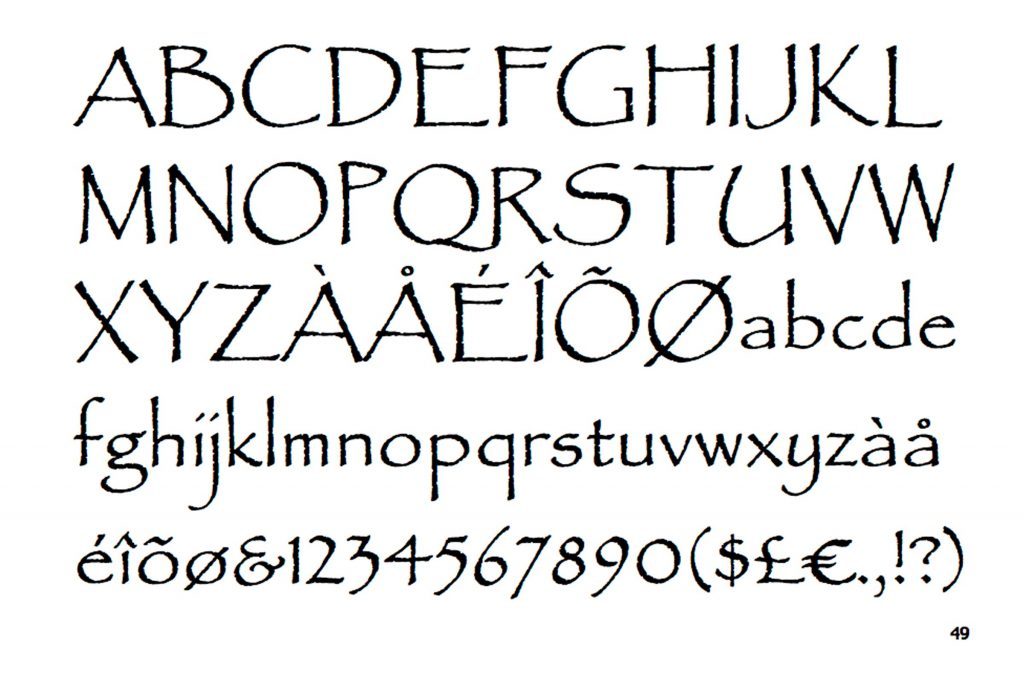 Do you prefer living a bohemian lifestyle? If so, we’ll bet you’re instantly drawn to the Papyrus font. You’re someone who dresses in beachy clothing, eats granola for breakfast, practices yoga, and has made the switch to natural deodorant. Let’s face it, you’re a tree-hugger, but people love how passionately you care about our planet. “A client who chooses this ‘chalky’ font is looking to host their event in a garden. There will be daisies in bell jars, flowers in the bride’s hair, and the groom in a seersucker for sure. A straw hat is also a possibility for all the members in the band,” Roth says. 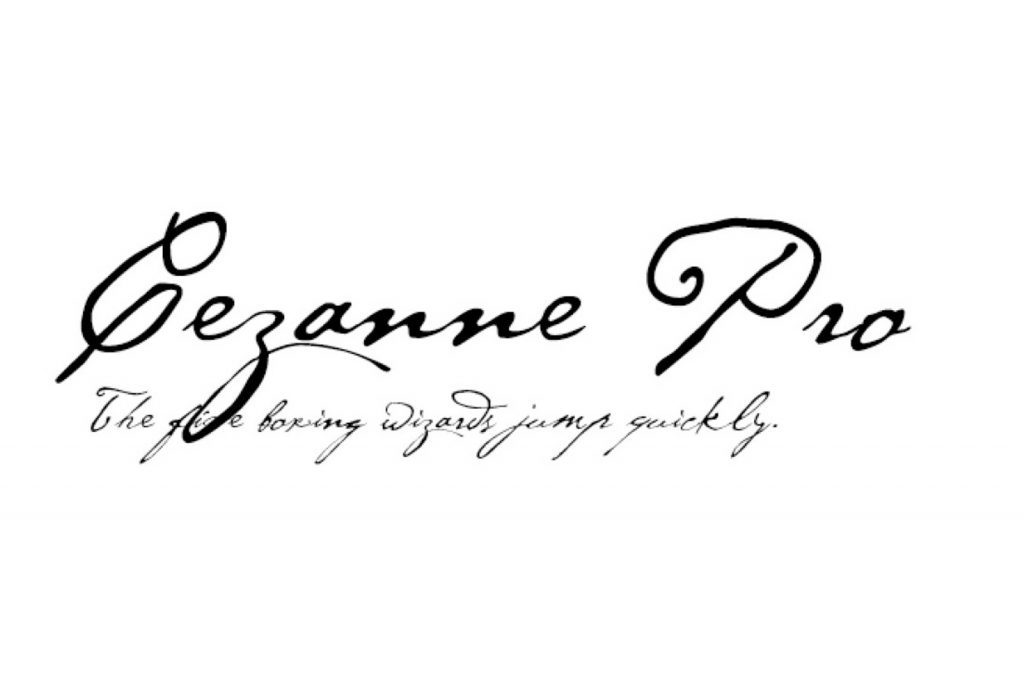 If you’ve made an effort to master immaculate penmanship throughout your life, we know you love a nice handwriting font like Cezanne Typeface. History has always been your favorite subject, and you long to one day sign your own John Hancock on a piece of legislation. “A client who chooses this font doesn’t mind an event complete with candelabras, silver wigs, and snuff-boxes,” says Roth. “They have seen Hamilton 12 times—or at least memorized the soundtrack—and definitely want to have the star Lin Emanuel lined up for the rehearsal event,” Roth jokes. 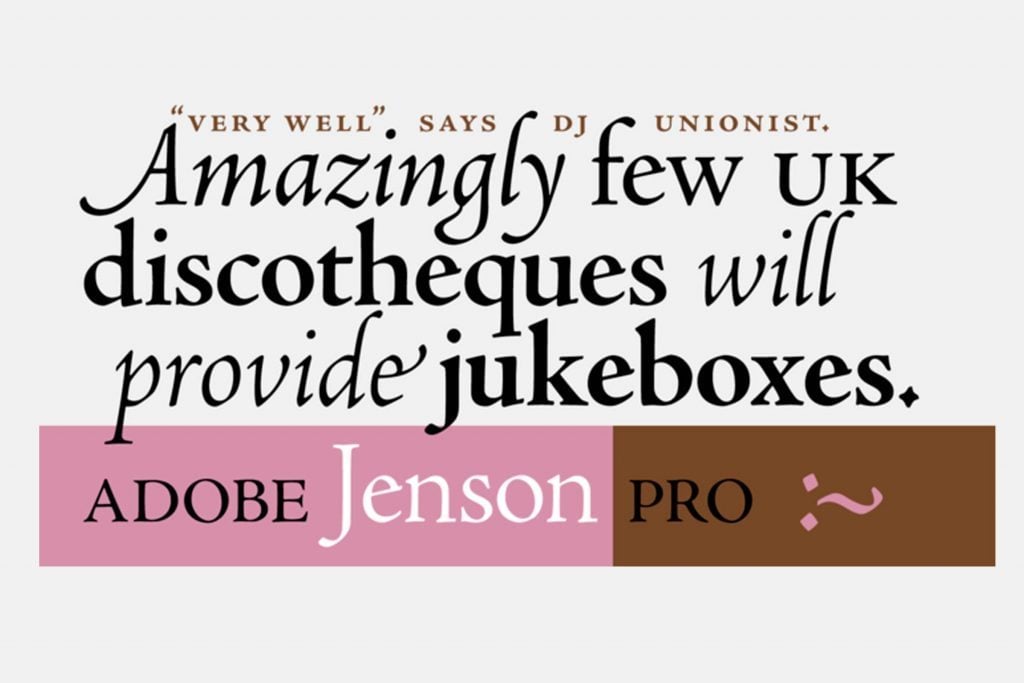 Jensen font fans aren’t ashamed to say that they fall on the more conservative, traditional side of the spectrum. In your opinion, there’s no point in doing something if you aren’t going to fully commit. And if you’re shopping, you’re only willing to buy the very best. People who choose this font for their invitations “don’t like the fuss of a formal script, but still want to set the tone for a formal event,” Roth says. “And of course they look forward to receiving the expensive gifts that follow a formal, black-tie event at the Pierre, The Waldorf, or the Plaza,” she adds.