13 Tricks for Taking Instagram-Worthy Food Photos on Your Smartphone 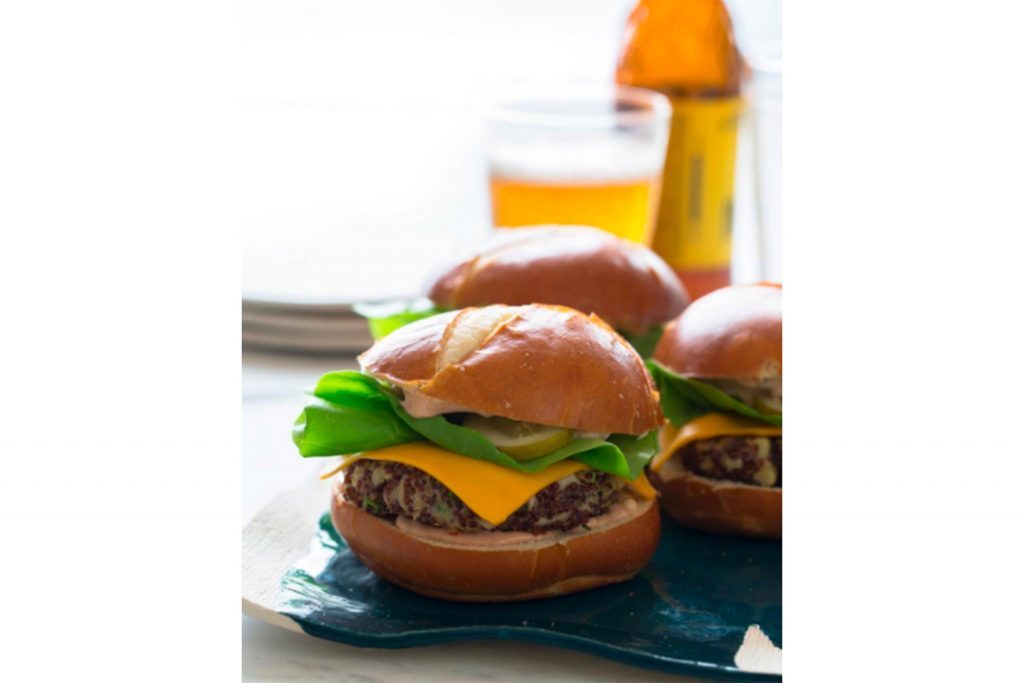 “Shooting with natural light is best, which unfortunately means most late-night restaurant pics are out,” says Teri Lyn Fisher of Spoon Fork Bacon (@spoonforkbacon). For daytime meals out, though, a table near the window is prime real estate for using some natural sunlight in your food photo, she says. At home, bring your plate a window, even if that’s not where your table is. Get the best light with these window-cleaning tricks. 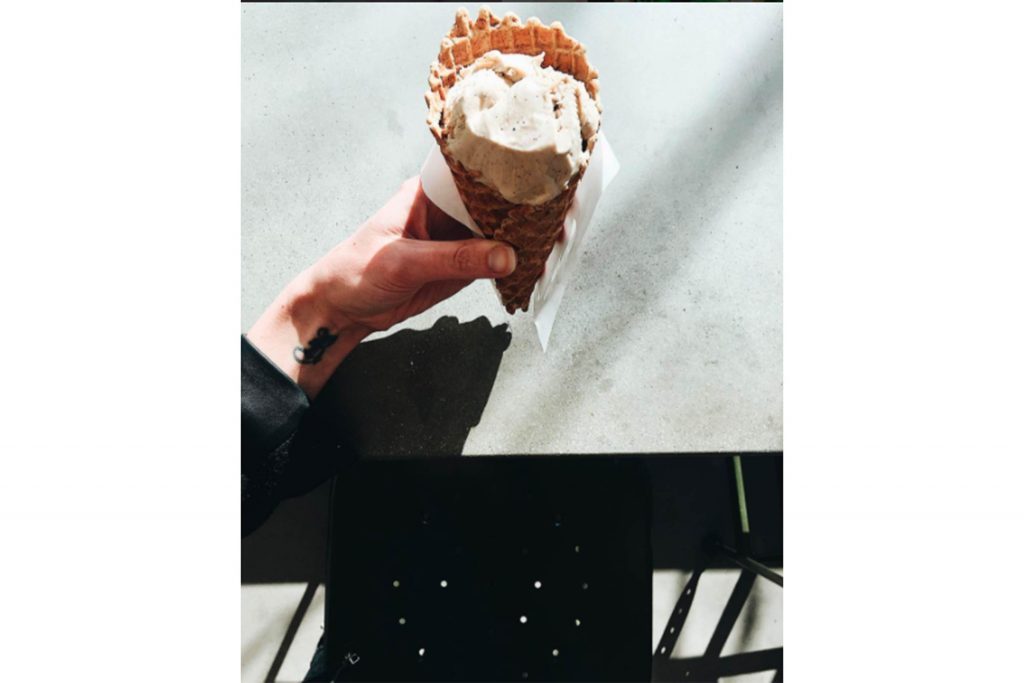 Stay out of the shadows

Determined to get that shot at a restaurant dinner? “A lot of restaurants have overhead light, which will cast a horrible shadow,” says Ashley Rodriguez of Not Without Salt (@ashrod). She recommends pulling your phone back a bit and holding it at a three-quarter angle. You’ll get the look of an overhead shot without that ugly shadow from your phone. 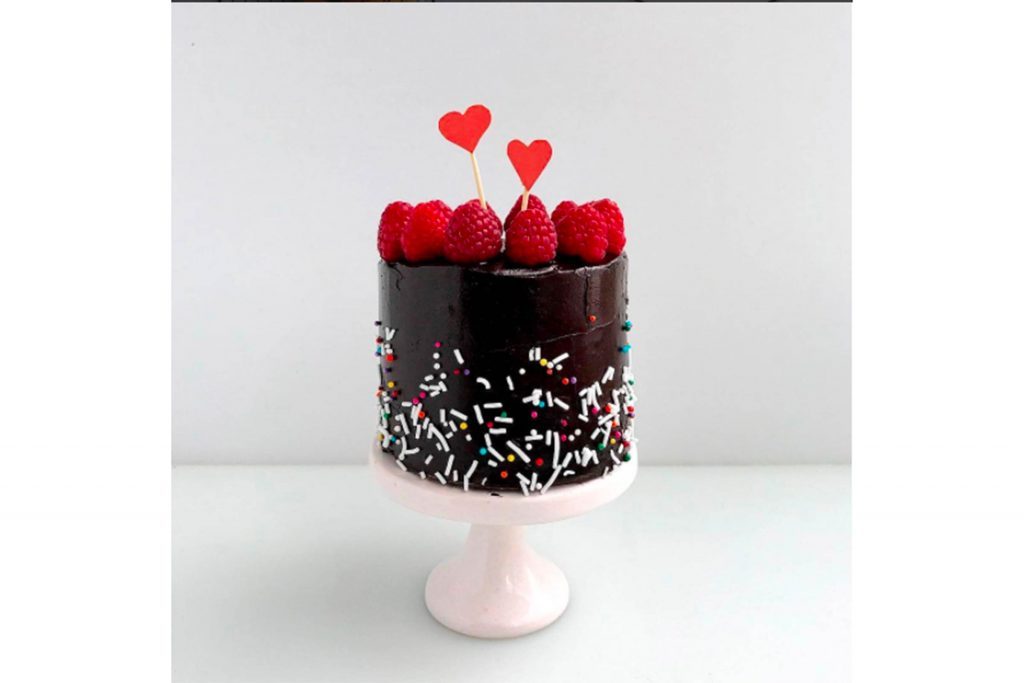 No need to stick with your usual table and everyday dishes for your food shots. Streamlining your background will let your food shine without distraction, says Ruth Tam of Cook Til Delicious (@rushyama). “I look for matte backgrounds with minimal patterns because they’re the most versatile,” says Tam. She recommends cheap white poster board for a simple, clean background, or an old baking sheet. 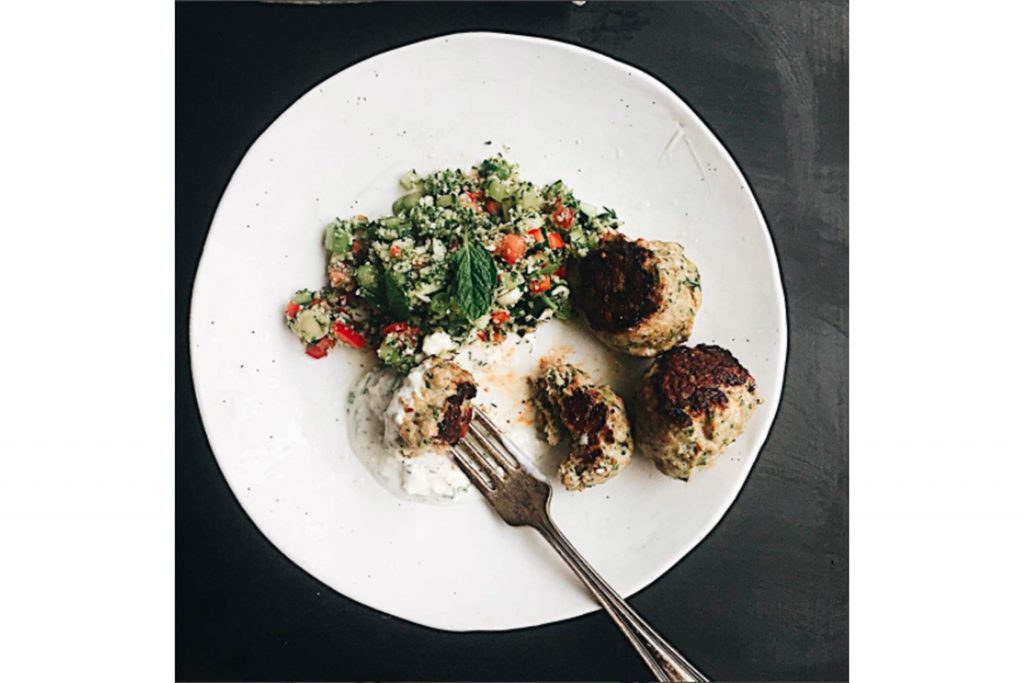 Use plain plates with a little character

A white, matte plate will show off your food without the annoyance of a shiny glare, says Rodriguez. But white doesn’t have to mean basic. “Those plates that have a rough edge and look handmade add a subtlety to the image,” says Rodriguez. “It’s those little details that make a good photo a great photo.” For a moodier shot, she recommends using plates in a dark color, like black, gray, or navy. 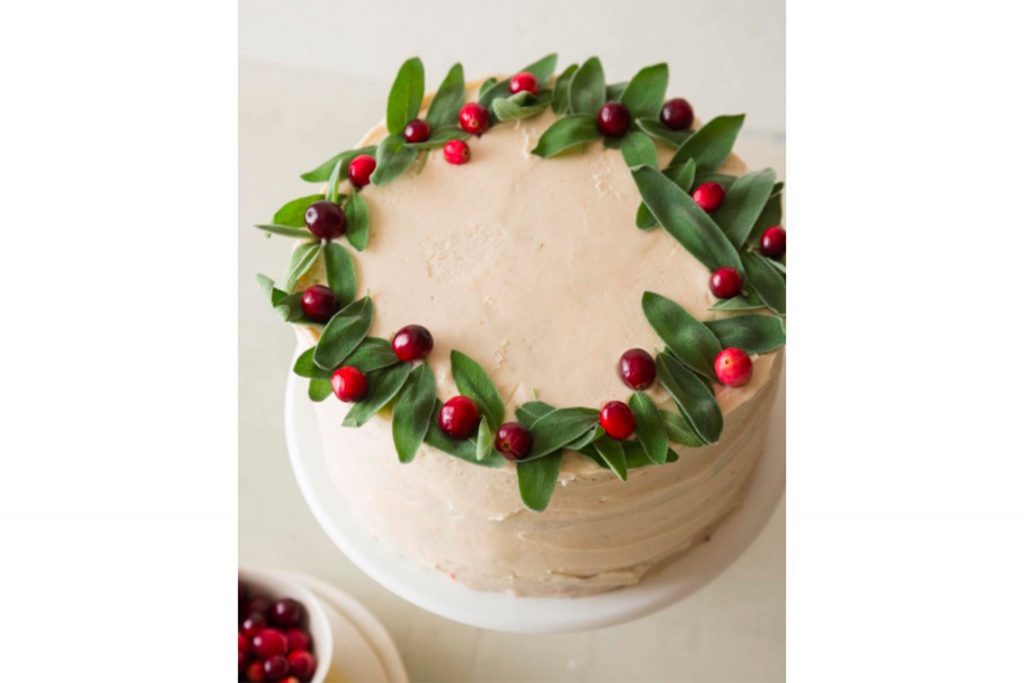 Get rid of distractions

For the most part, objects like salt and pepper shakers, or busy-looking placemats can be distracting, says Fisher. “The food is the star, so you want to be sure to make that the focus of your image,” she says. “People look at these images on their phone, which is pretty small compared to something like a magazine, so making sure your image reads when it’s small is really important.” 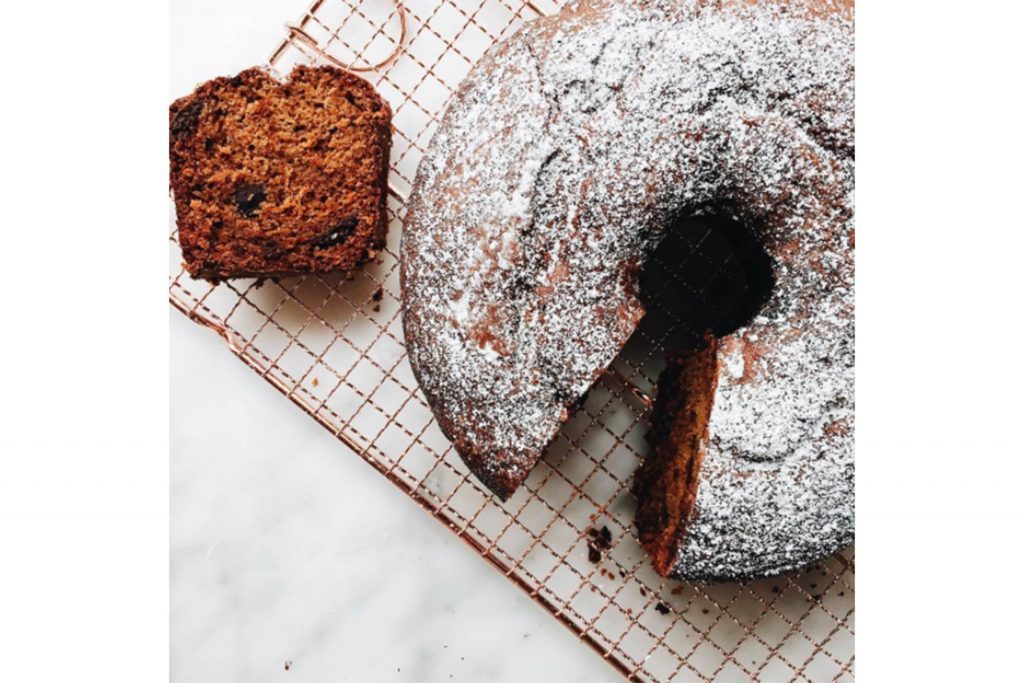 An authentic-looking scene can be more compelling than a precisely planned picture (even if that’s exactly what it is). Simple is best, but a few well-planned props can make your image pop. Take a few bites of your food to see where the utensil goes, or put down linens the same way you do in real life, suggests Rodriguez. “It’s like there’s actually someone eating and trying the food, and people engage with the story,” she says. Learn more tricks for taking a great still-life photo. 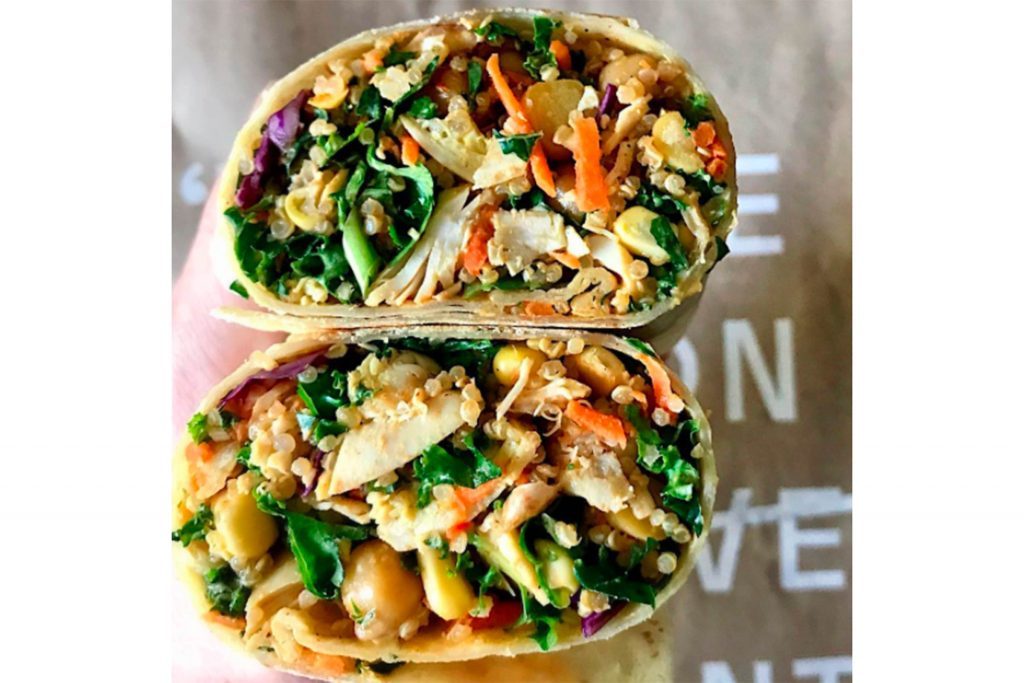 “I subscribe to that whole Bobby Flay philosophy that if you tell someone what’s in a dish, they should be able to both see and taste each of those ingredients,” says Nick Neves (@dad_beets), readers’ choice winner of SAVEUR’s best food Instagram of 2016. He recommends letting every part of the recipe shine, without letting any single ingredient dominate. Showing off every sandwich topping, for instance, will add color balance. Use these steps to craft the perfect sandwich. 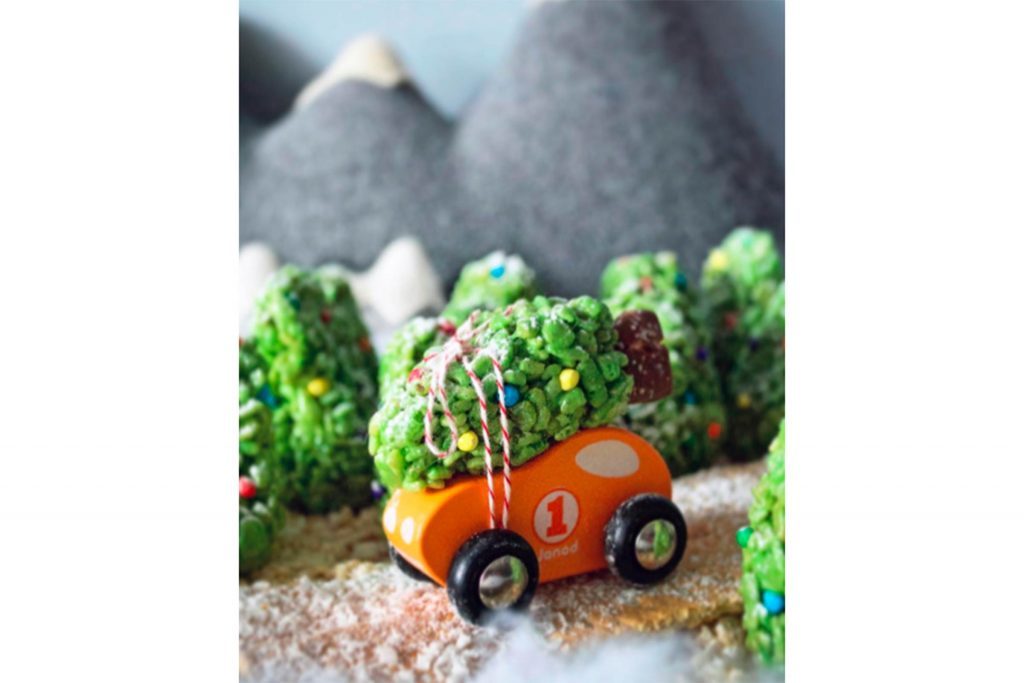 Overhead shots, head-on shots, and shots from a ¾ angle usually work best for food photos, says Tam. “I try to figure out the best ‘side’ of the dish and go from there,” she says. For instance, an overhead shot of a pie can show off the lattice crust, while shooting a sandwich head-on will let its fillings shine. Play around with a few different angles, though, because you might be surprised by which turns out best, says Tam. 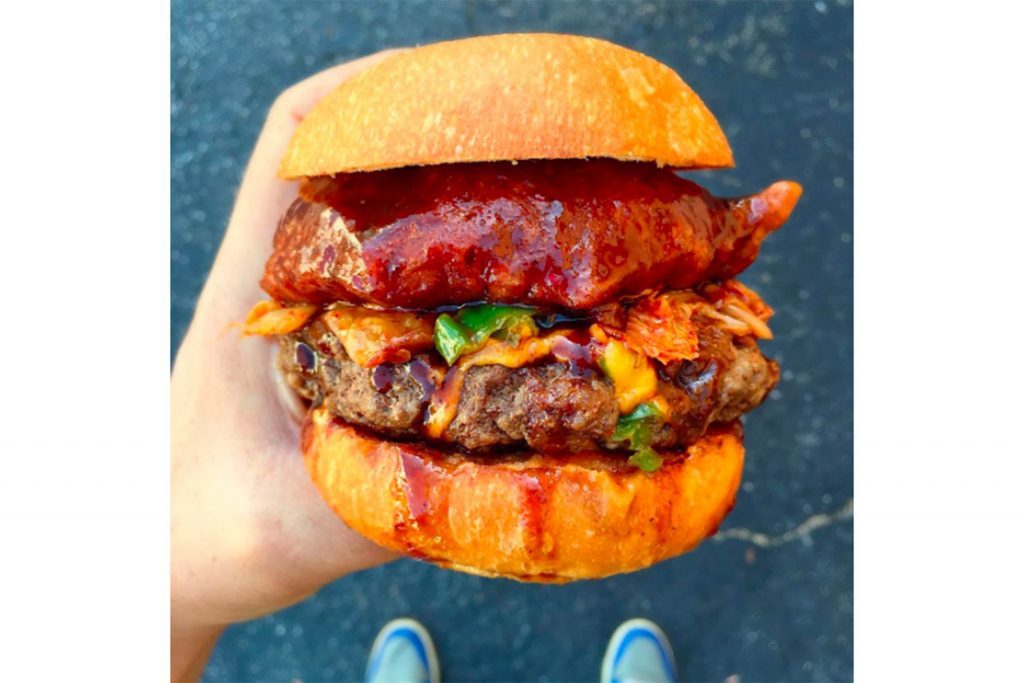 Taking a picture of a sandwich or taco on your hand can get messy, so practice how you’ll hold it before attempting your shot, says Neves. “Find a style and grip that works for you and doesn’t feel or come across as forced or unnatural,” he says. Find a spot near a plain wall or table in natural light to let your food pop without a busy background. If neither of those are available, a concrete sidewalk is a safe bet, says Neves. 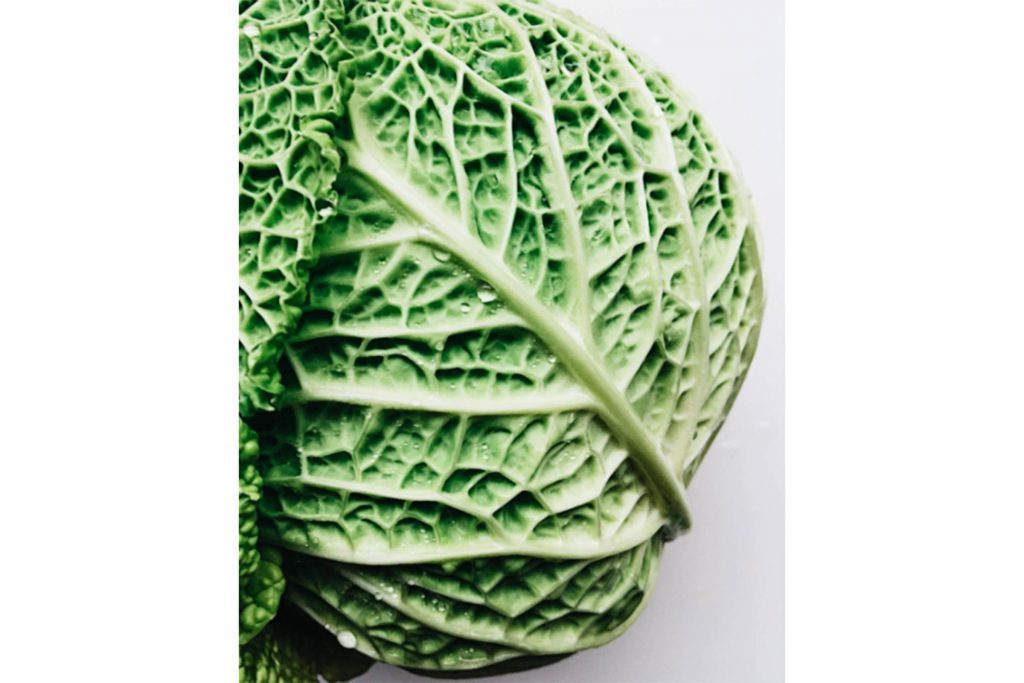 Make the food the star by taking a close-up picture that fills the frame, suggests Rodriguez. “The food really stands out and is really striking,” she says. 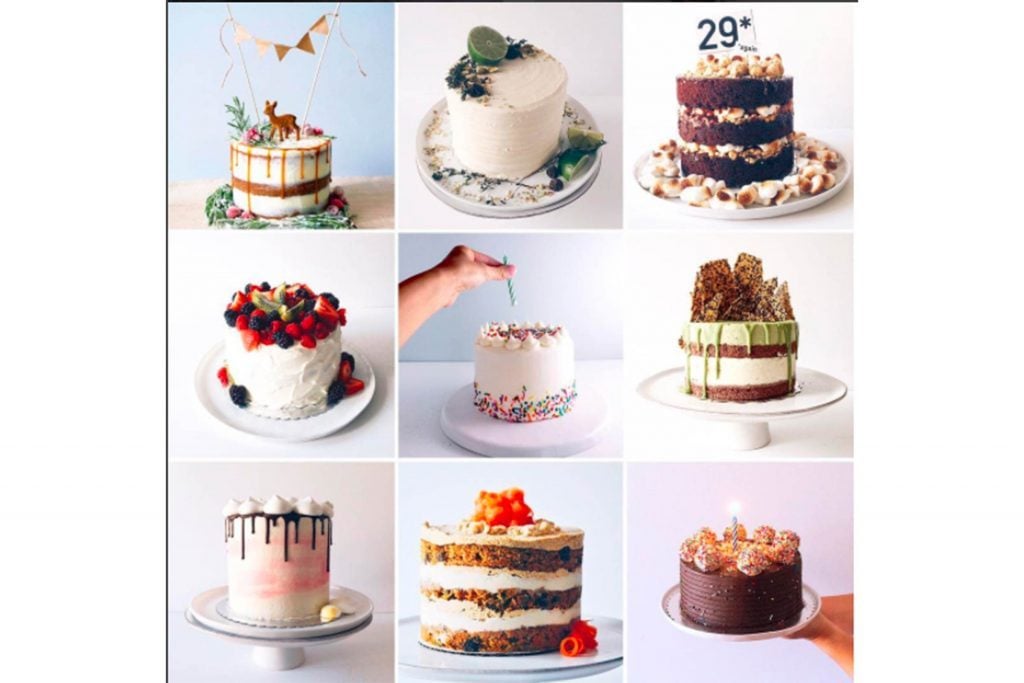 When photos on your feed pop out at you, think about what makes them work, says Tam. Apply those elements to your own food photos, and don’t be afraid to try different techniques until you hit your stride. “I’ve learned a lot just by taking a lot of photos and analyzing which ones worked best,” says Tam. Don’t miss these tricks for taking a postcard-perfect picture. 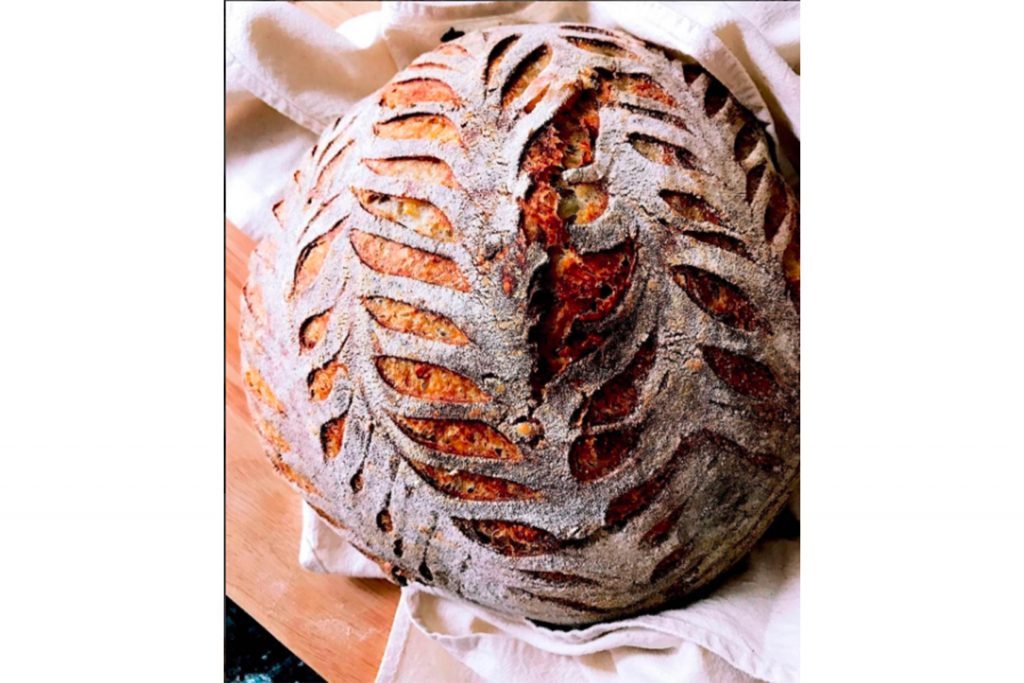 Instead of relying on the filters and editing features built into Instagram, download another app to adjust the exposure, warmth, and sharpness of your food photo, says Tam. Some of her favorites are Filmborn (free, iTunes) and VSCO (free, iTunes and Google Play). “I’ll do some fine-tuning in Instagram itself if needed,” she says. “I usually don’t use filters at full strength because they tend to make photos look fake.” 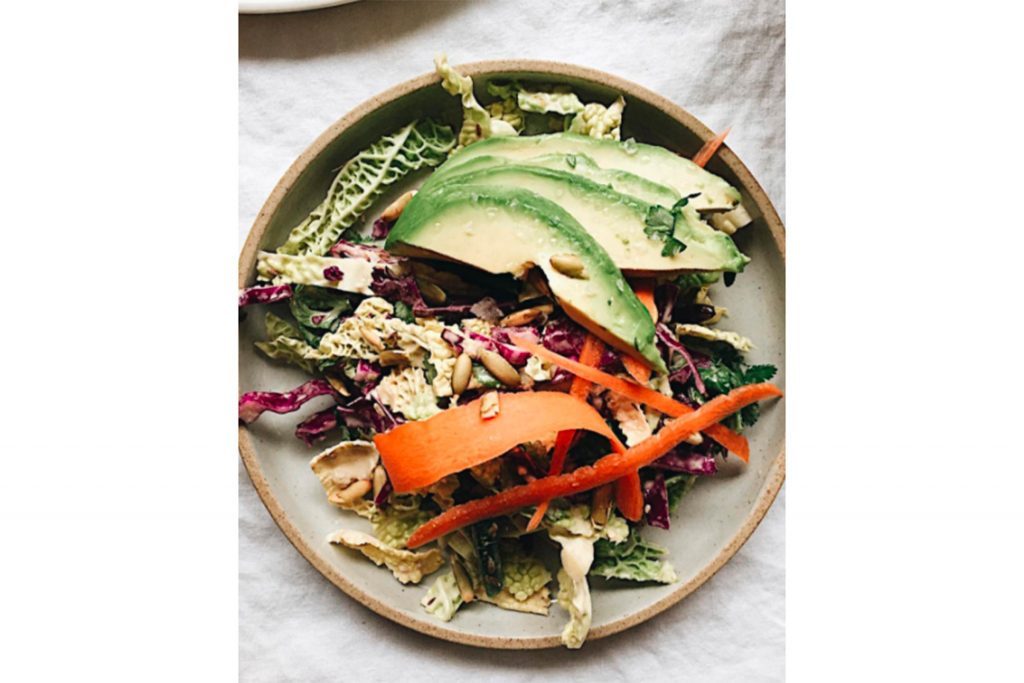 “If someone goes and looks at your feed, it’s nice to have visual consistency so people can tell your style,” says Rodriguez. For a streamlined look, she says she sticks with the same basic editing process for every photo, with just a few subtle tweaks every now and then.