22 Surprising Things You Wouldn’t Think to Grill—But Should

Spice up your next barbecue by tossing something unexpected—unexpectedly delicious, that is—on the fire.

“Grilling is the best way to prepare food because it highlights the simplicity and versatility of the product,” notes Casey Burchfield, Chef de Cuisine, Linger Longer Steakhouse at The Ritz-Carlton, Reynolds, Lake Oconee in Georgia. “The food picks up hints of beautiful smoke flavor from the char as well as the wood used. It imparts a glorious texture due to the intense heat creating a nice char, aroma, and visual effect.” One of his favorite picks? Gem lettuce. To make, cut the gem lettuce in half lengthwise, drizzle with oil, and season with salt and pepper. Next, lay the gems cut side down on the hottest part of the grill until they get some beautiful char—it should only take about 20 seconds—then quickly take them off and cool them down in the refrigerator. Just be sure to avoid these 16 grilling mistakes for the best results.

Blanch the potatoes first, advises Burchfield, because “they would burn on the grill before they are cooked if you didn’t.” He recommends steaming them in heavily salted water with some herbs and garlic tossed in. “Grilling adds a nice smokiness to the potato,” he says. Want more grilling ideas that won’t bust your diet? Start with these 15 grilling recipes under 400 calories.

“Grilling a peach adds notes of smokiness and caramelizes the sugars adding depth in flavor,” says Burchfield. He likes to serve grilled peaches with a scoop of vanilla ice cream, fresh, cold peach slices, crushed pecans, and a small drizzle of sorghum.

When you’re bored with that avocado toast or guacamole, try grilling them, suggests Peter Agostinelli, executive chef at Grill 23 in Boston. “I just cut them in half sprinkle olive oil and salt and pepper on them and put them cut side down on a cooler part of the grill for about ten minutes,” he says. “They have a great soft buttery texture when you slow grill them this way.” He finishes them with a squeeze of fresh lime juice.

New Englander Gregg Brackman, owner of G Bar and Kitchen in Swampscott, Massachusetts and Culinary Fight Club National Champion likes to grill lobster. Take a live lobster and cut it in half down the middle. “Then season it lightly with olive oil, butter, and a sprinkle of thyme and garlic, before placing it face down on the grill,” he says noting that the light seasoning won’t overpower the delicate flavor of the lobster. Follow this foolproof guide for grilling perfect burgers and chicken every time.

One of Brackman’s favorite grilling sensations starts with a melon. Before placing the melon on the grill, be sure that it is peeled, cleaned properly, and oiled. “Give the melon a nice seer to bring out the sweetness,” says Brackman who cuts the grilled melon into thick slices and serves with Prosciutto.

Another way Brackman celebrates his love of cooking with fire is to grill flatbread. He says to place the pizza dough on a cleaned grill making sure the grates are oiled and the temperature is not too hot. After the bread is cooked remove from the heat, then drizzle with olive oil and sprinkle with herbs and Parmesan cheese. Before you fire up the barbecue, check out 31 of our favorite recipes for the grill.

Grilling cucumbers lifts them out of the salad category and turns them into an elegant side dish for grilled or seared fish, chicken, and lamb, says Tyler Kinnett, executive chef at Harvest in Cambridge, Massachusetts. “After the cucumber gets flavorful char marks on the grill, dress it with chopped herbs of your choice (my preference is mint and dill), drizzle on some olive oil and either lemon juice or some high quality, sweeter vinegar, like apple cider vinegar or Moscatel wine vinegar,” he says.

Grilling isn’t only a low-calorie way to prepare food, but it’s also faster and there’s less cleanup, says Liz Bane certified holistic health coach and president of Liz Bane Life in Balance. One of her favorite salads begins with grilled romaine lettuce. After slicing the lettuce lengthwise down the middle, rub the flat side with avocado oil and heat the lettuce on the grill until it has slight char marks. “I love the crunchy texture and buttery flavor,” says Bane.

For a vegan main dish, try cauliflower, a fiber-filled vegetable. Bane recommends starting with the biggest head of cauliflower you can find. “Cut inch-wide steaks from the outside moving into the middle, then rub each piece with a little coconut oil for sweetness, and add a sprinkle of paprika for color and cumin for flavor,” she says. Cauliflower may need to grill a little longer than other vegetables, she notes.

Heat, smoke, and a hint of salt make this sweet fruit unexpectedly savory, even meaty. Grilling “sobers it up and makes it lose its sloppy sweetness,” writes Mark Bittman
in the New York Times; he brushes 1-inch-thick slices with olive oil, minced onion, salt, and pepper, then grills them for about 5 minutes per side until caramelized and beginning to dry out. Serve as a side or top Bittman-style: with melted cheese and a bun for a “watermelon burger.” Make sure you follow these golden rules to have a healthy grilling season.

Throw some oysters on the grill at your next barbeque for a quick way to impress your guests. Cook them until their shells start to pop open.

This one probably comes as a surprise since polenta is typically served as a creamy dish. Allow it time to set and then you’ll be able to slice it up and throw it on the grill. This will give it a crispy, golden exterior and smoky flavor.

No bread required! Placing cheese directly on the grill boosts richness and creates chewy texture. For perfect char marks, without melting and creating a mess, use thick slices like halloumi or aged provolone, says finecooking.com. Drizzle the cheese with olive oil, then grill over medium-high heat, turning once, until grill marks form (4 minutes per
side for halloumi, 1 minute per side for provolone). Serve with bread, grapes, and preserves.

Grilling gives cake a warm interior and caramelized crust—and the inherent sweetness balances out the smoky flavors. Cut an angel food or a pound cake into 1-inch-thick slices. Butter both sides, then grill over moderate heat until golden, turning once, about 2 minutes per side, says Food and Wine. Top with fruit, ice cream, or chocolate sauce.

Instead of heating up your quesadilla in the microwave or on the stove top, throw it on the grill. This will give the outside of your tortilla a crispy evenly toasted look and the cheese on the inside will be warm and gooey.

Barbecue evangelist Steven Raichlen, author of Best Ribs Ever, gives the orange tubers a treatment he calls smoke-roast—combining the two cooking techniques for a creamy, honeyed potato that’s not overly sugary. He recommends coating whole sweet potatoes with butter and placing them over medium-high heat until the skins are browned and the flesh tender, about 40 minutes to 1 hour. Remove, slice lengthwise, and top with butter and brown sugar.

Skewer chunks of thick-cut bacon on wooden or metal sticks and grill over indirect heat says Fine Cooking. Toss into salads, serve atop burgers, or add grilled pineapple and eat straight-up as an appetizer.

Cooking carrots on the grill brings out their sweetness. Mix that with the char and smoke of the grill and you’ll never cook your carrots any other way. These are the foods that even professional chefs cook in the microwave.

Slice up a pineapple and throw it right on the grill. When you cook pineapple on the grill it takes away some of the acidity so it will taste sweeter.

Adding a charred edge to artichokes gives them a whole new flavor. Cut the artichoke in half and remove the choke. Then, brush some oil on it and place it on the grill. Read about these kitchen mistakes that you’re most likely making.

For a tasty appetizer or side, skewer washed baby bella mushrooms then marinate them in a mix of avocado oil and balsamic vinegar before grilling. “The rich and delicious flavor is amazing!” she says. Burchfield prefers to grill hen of the wood mushrooms which he prepares in a bit of soy and sesame oil before grilling. He starts grilling low and slow until the mushrooms are 80 percent cooked and starting to wilt, then finishes on high heat to caramelize the soy. 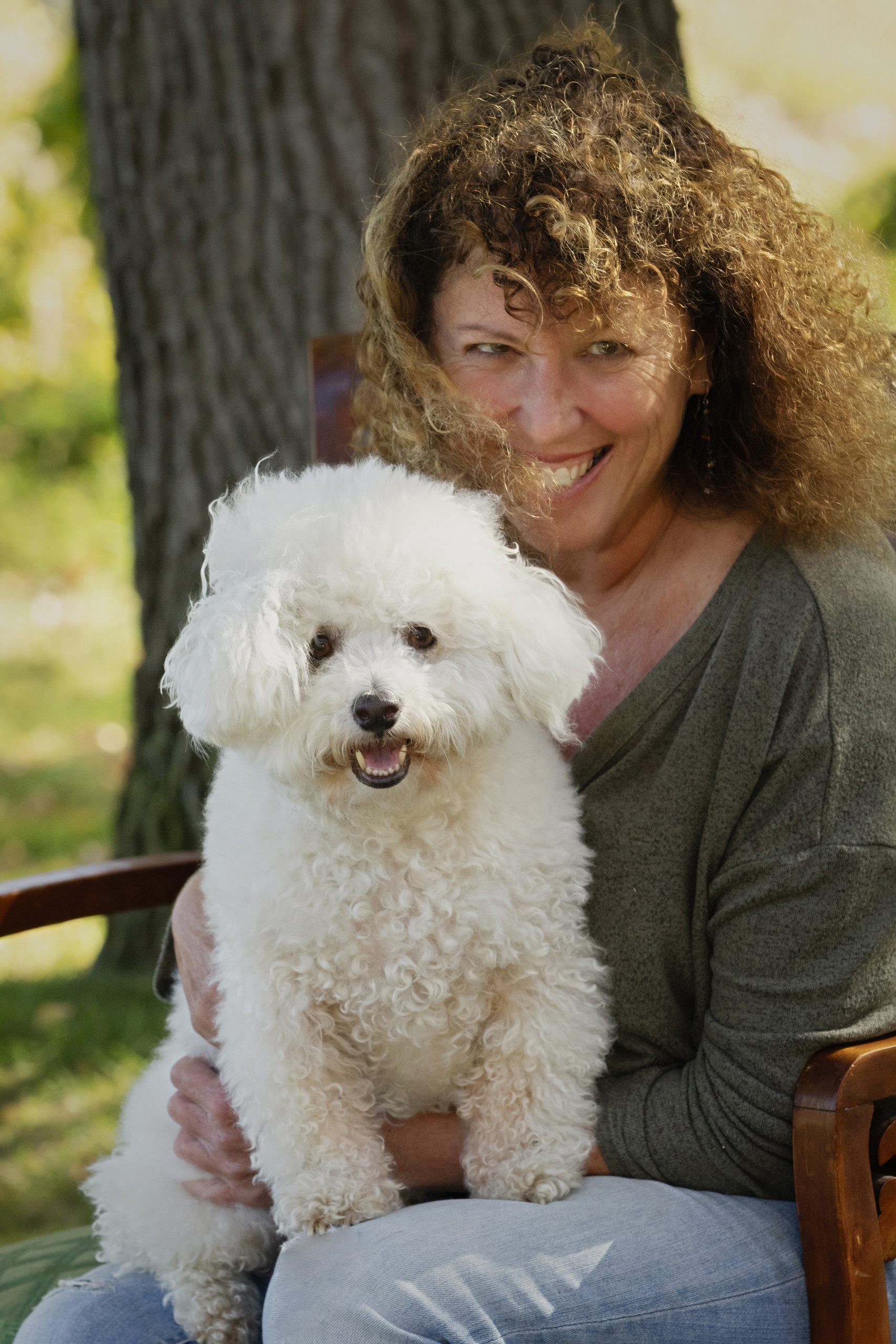