25 Funniest Books of All Time

Get ready to annoy the people sitting close by and wake up whoever's sleeping next to you. Here are the books that are guaranteed to make you LOL. 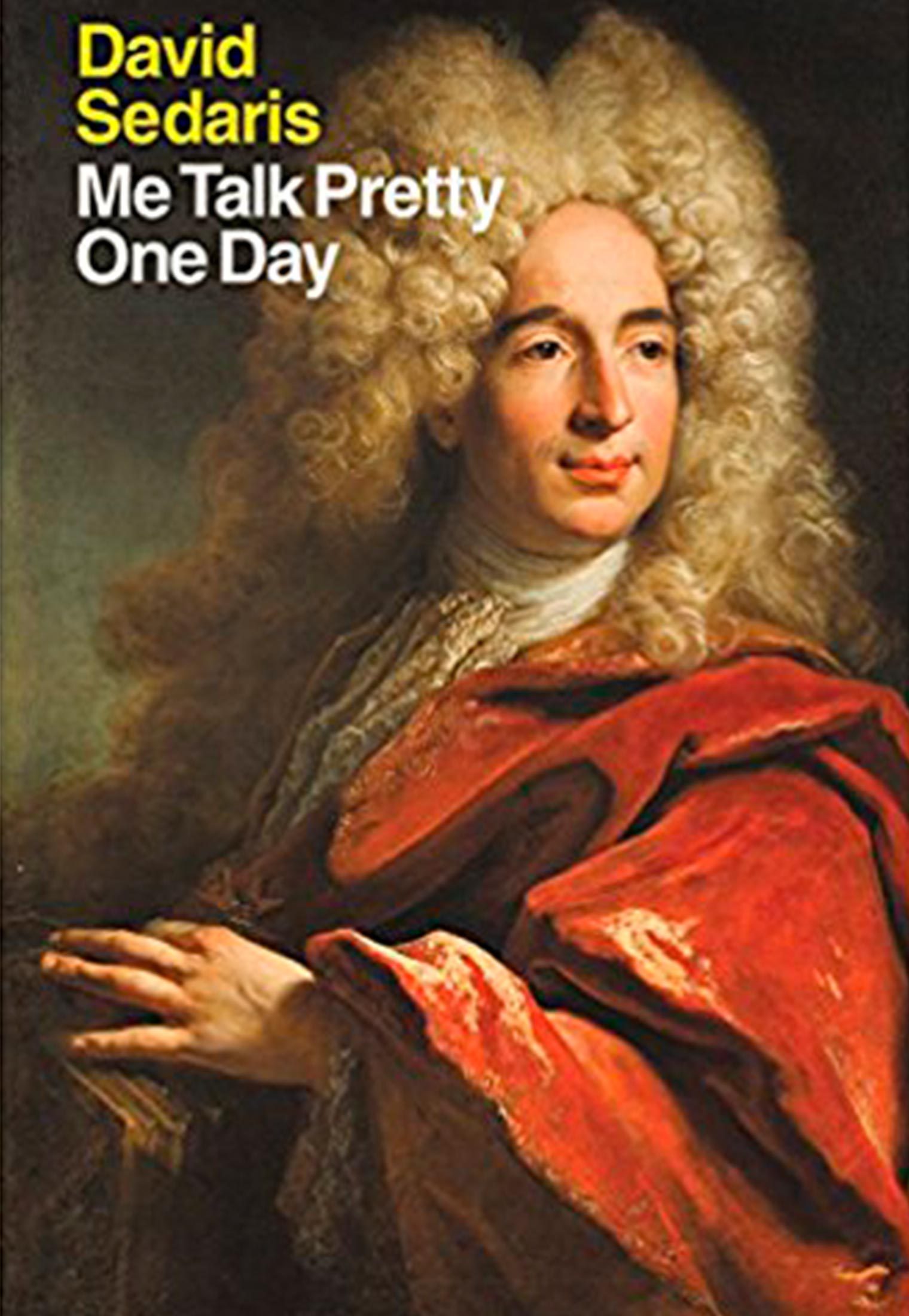 Me Talk Pretty One Day

Fans of the famed humorist Davis Sedaris have a hard time picking out their favorite book or essay from his chuckle-inducing, bestselling collection. In Me Talk Pretty One Day, Sedaris chronicles his fish-out-of-water adventures in Paris with brilliant wit, proving why he’s considered one of the best comic writers around. Check out the most hilarious jokes of all time, according to America’s comedy writers. 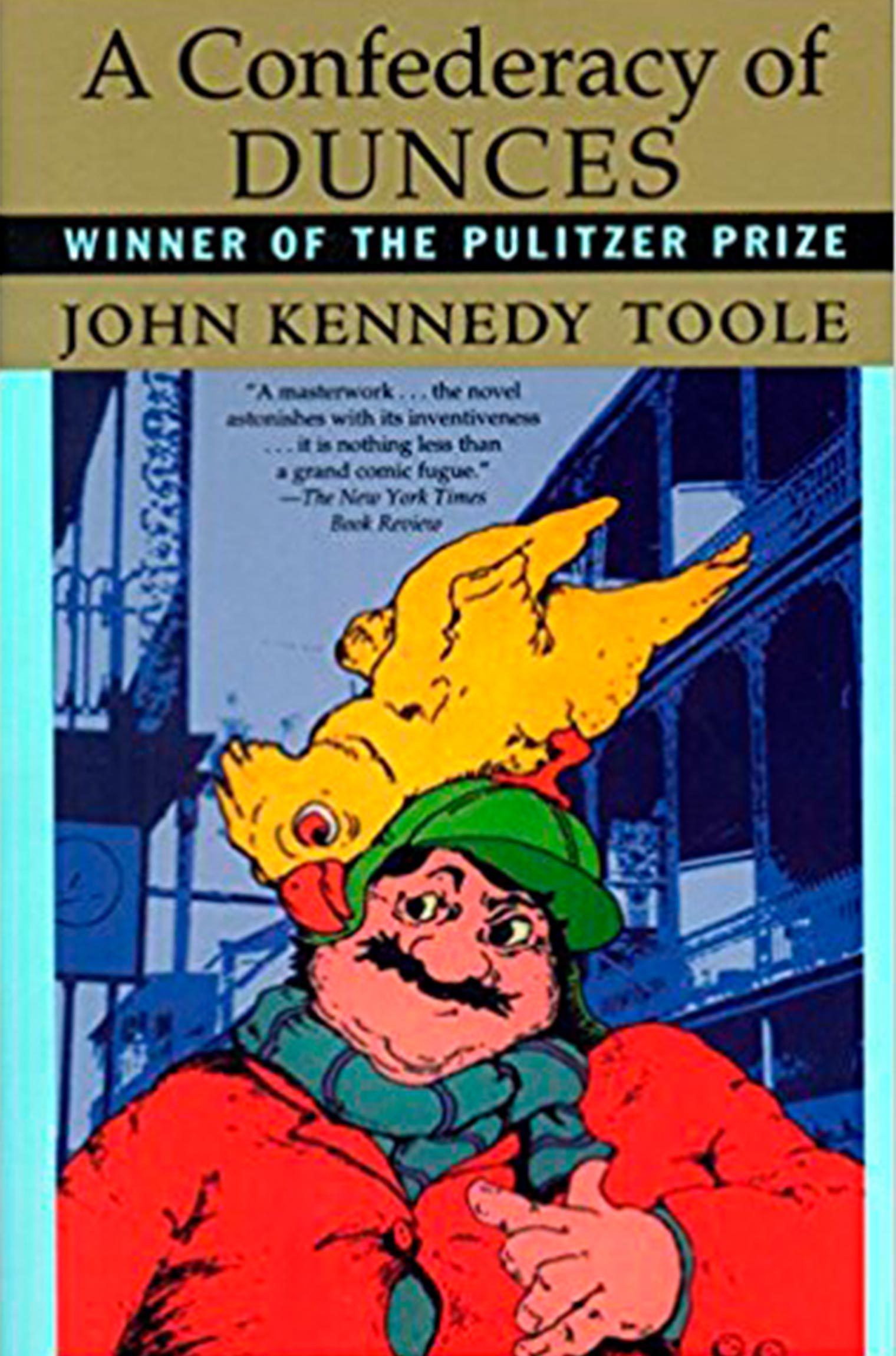 A Confederacy of Dunces

John Kennedy Toole won a posthumous Pulitzer Prize for his epic comic novel set in New Orleans that’s regarded as a masterpiece. Prepare for a madcap adventure with hilarious descriptions and a brilliant plot that follows the tragicomic hero, Ignatius J. Reilly, through a series of zany scenes and exploits. 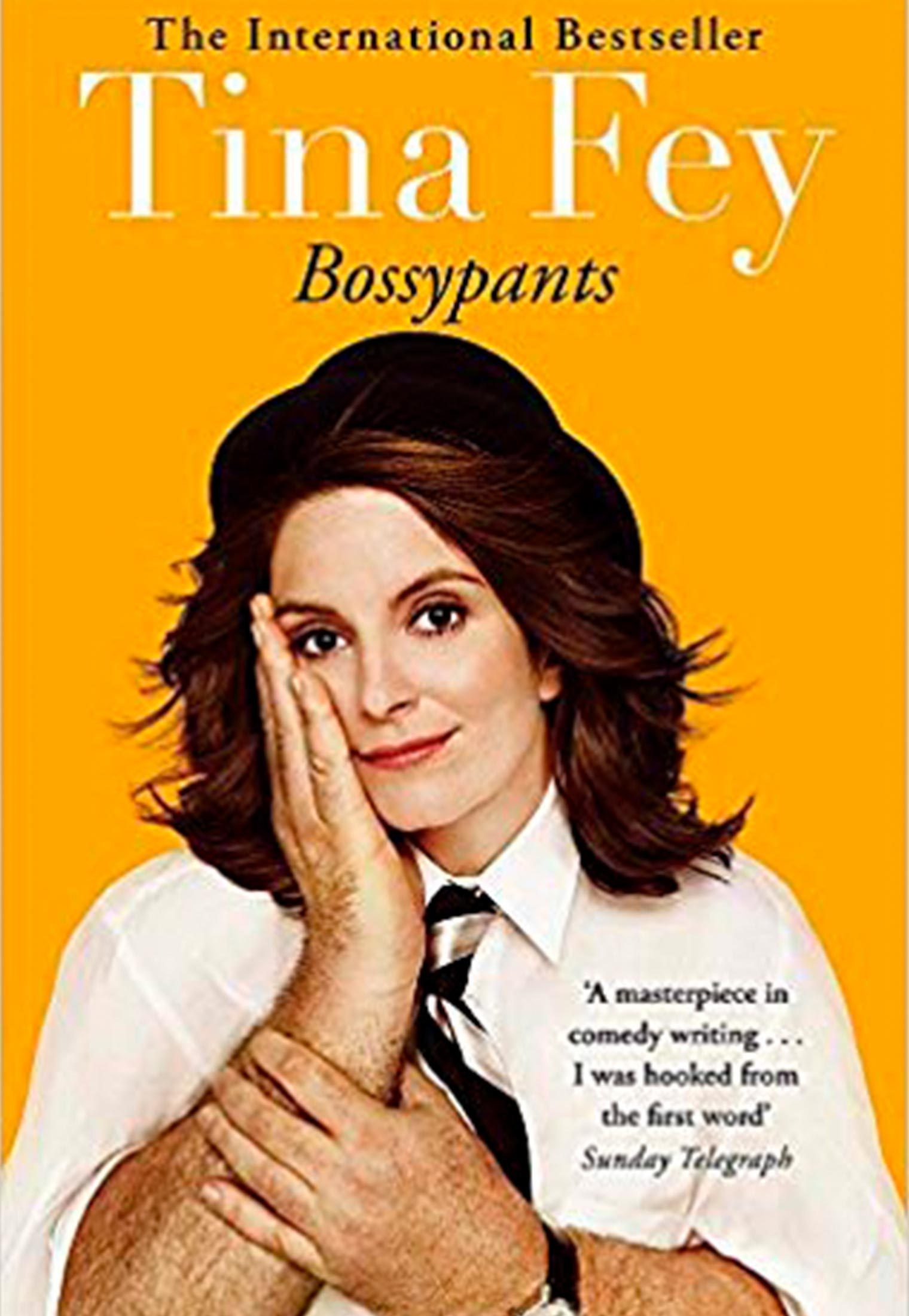 Tina Fey’s memoir bubbles over with wry and witty observations about her own life experience and the human condition itself. Fey describes events in her early years, how she finally got her writing gig on Saturday Night Live, and the ins and outs of being a woman in the entertainment biz. Fans of this book describe laughing out loud and erupting in giggles all the way through. 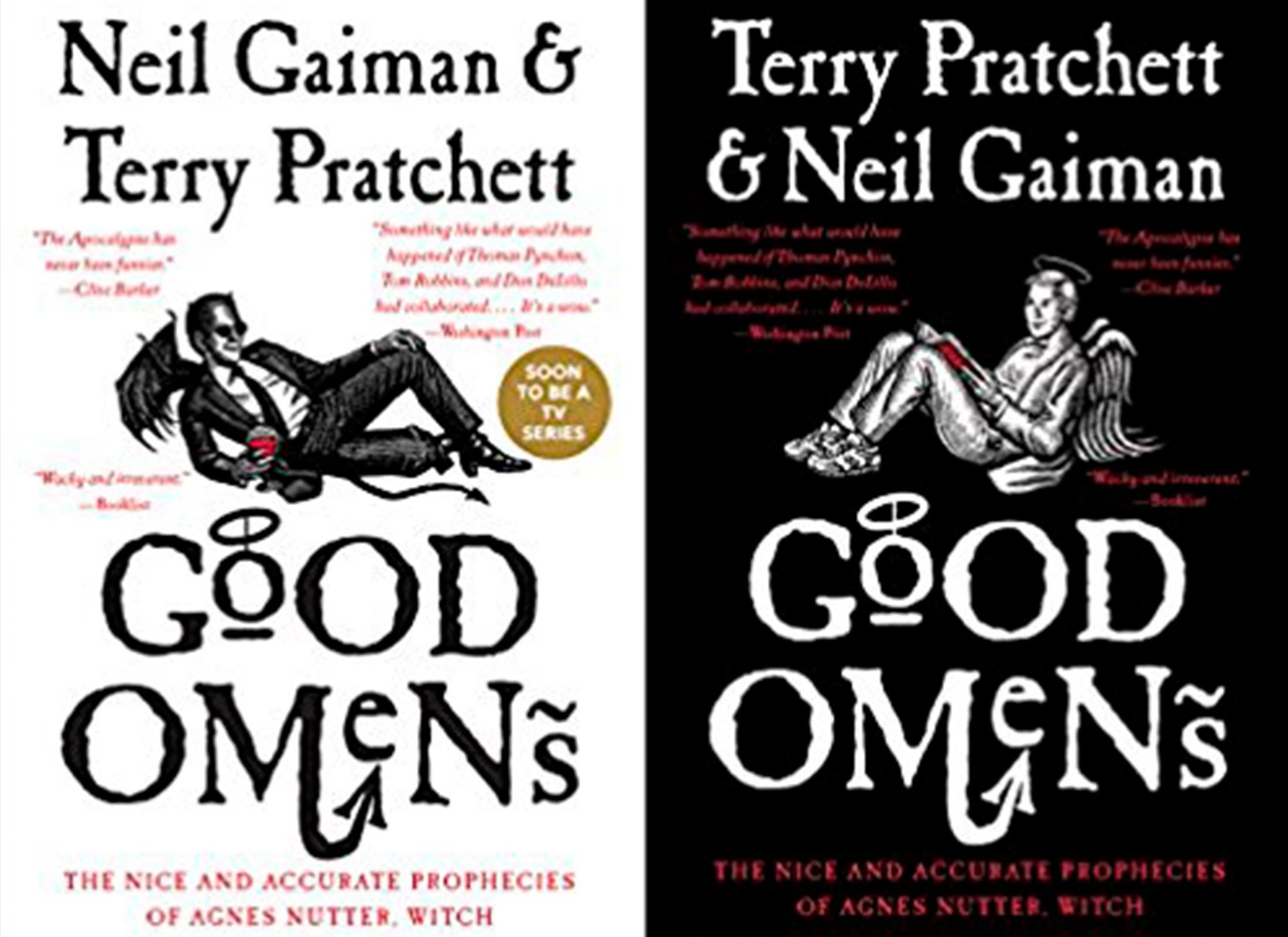 Neil Gamain and Terry Prachett teamed up for this uproarious romp about the end times—even the title is funny. Both authors are known for their powerfully original and hilarious novels about all things madcap and fantastical. You’ll be amazed by their joint foray into the world of witches, angels, and demons that will keep you rapt and laughing throughout the fast-paced read. 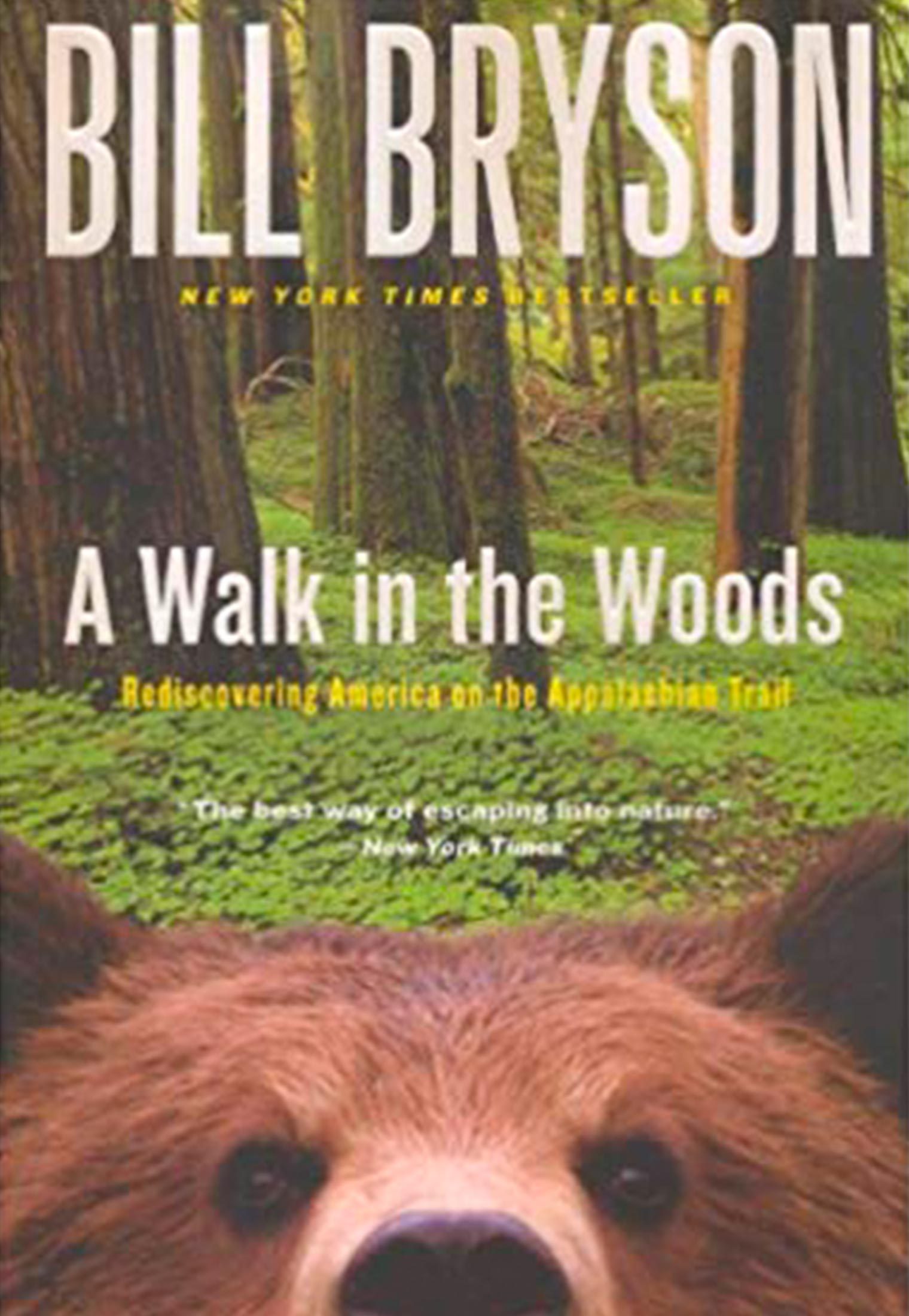 Bill Bryson’s comic tale is the official travel guide of the Appalachian Trail, the 2,100 mile stretch along the Eastern seaboard that he calls the “granddaddy of long hikes.” In this uproarious account, he chronicles his experience in a book that’s ultimately about the American wilderness—its conservation and its history. The topic is secondary to his command of English itself. The driest of details become comedy gold when spun through his hilariously literary voice. Don’t miss these non-fiction books you can read in a day. 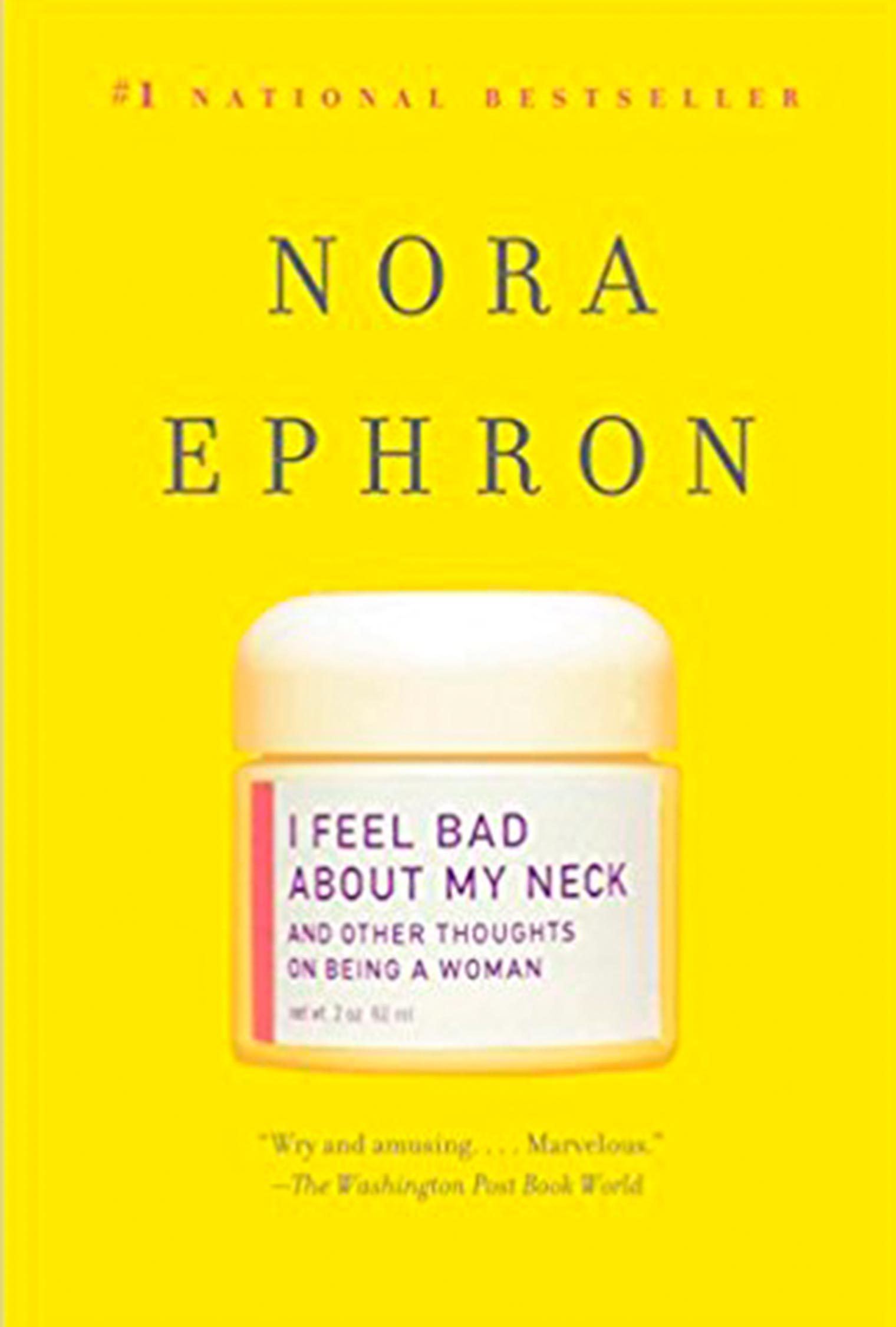 I Feel Bad About My Neck: And Other Thoughts on Being a Woman

Nora Ephron is the writer behind such rom-com gems as Sleepless in Seattle and When Harry Met Sally. In this essay collection, she writes with witty humor and relatable honesty about her observations as a woman of a certain age. You’ll laugh, cry and feel like you’re listening to a close friend you can laugh with. Check out these 16 funny family movies everyone will love. 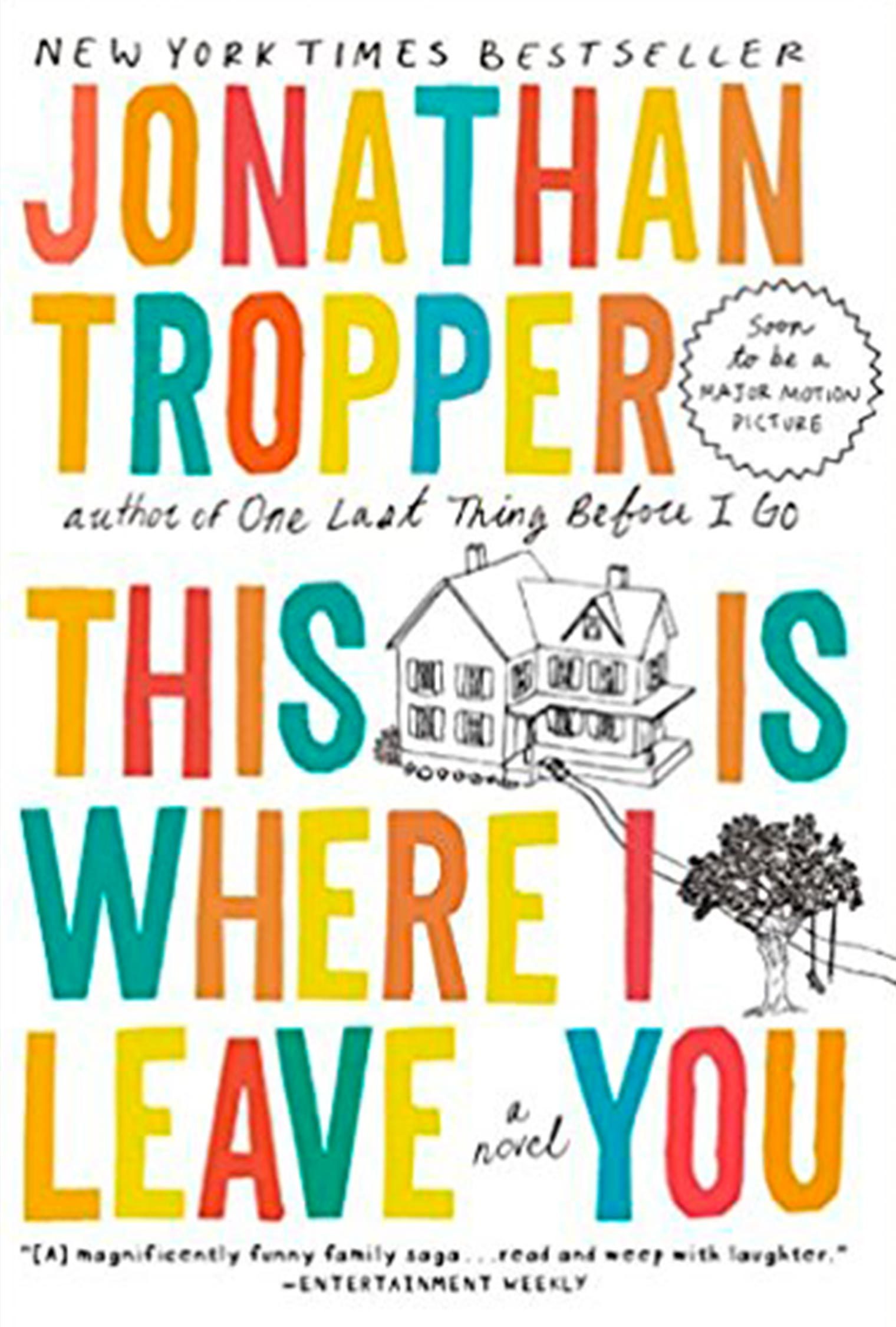 This Is Where I Leave You: A Novel

Jonathan Tropper’s hilarious novel follows the dysfunctional antics of the Foxman family: They’ve gathered together for their father’s funeral, but the loss brings all the old angst to the surface in a way that’s both heartbreaking and funny. Get ready for acerbic quips and a family that tosses one-liners at each other with ease. It’s the perfect deep dive into a wisecracking family that’ll keep the pages turning. 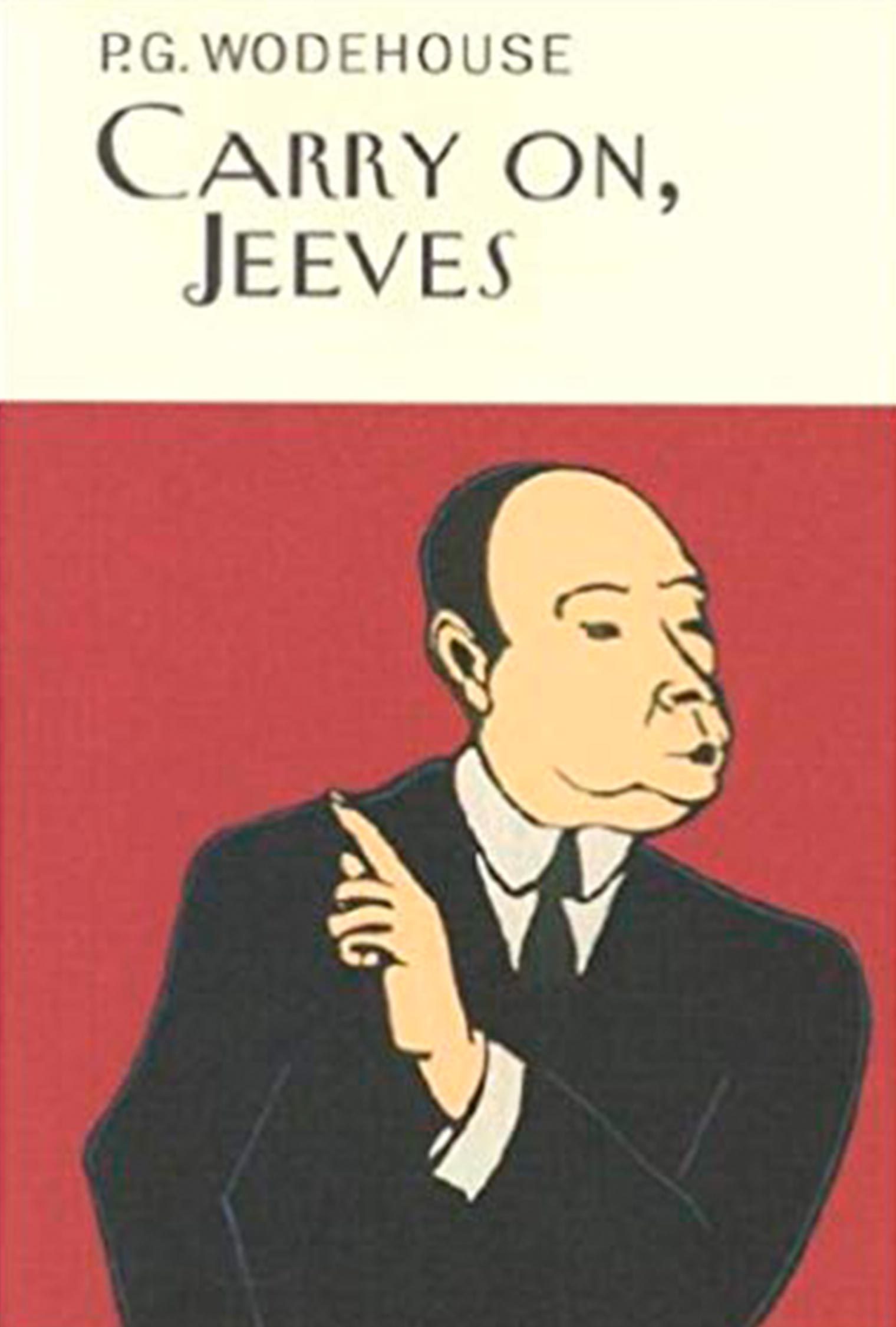 Get ready for several dollops of classic British humor in P.G. Wodehouse’s hilarious short story collection about the inept aristocrat Wooster and his manservant, or “keeper,” Jeeves. Wooster and his bevy of hapless friends constantly get into trouble while Jeeves saves the day. The writing is full of upper crust wit that will impress you at the same time it makes you giggle. Here are 25 clever jokes to make you sound smarter. 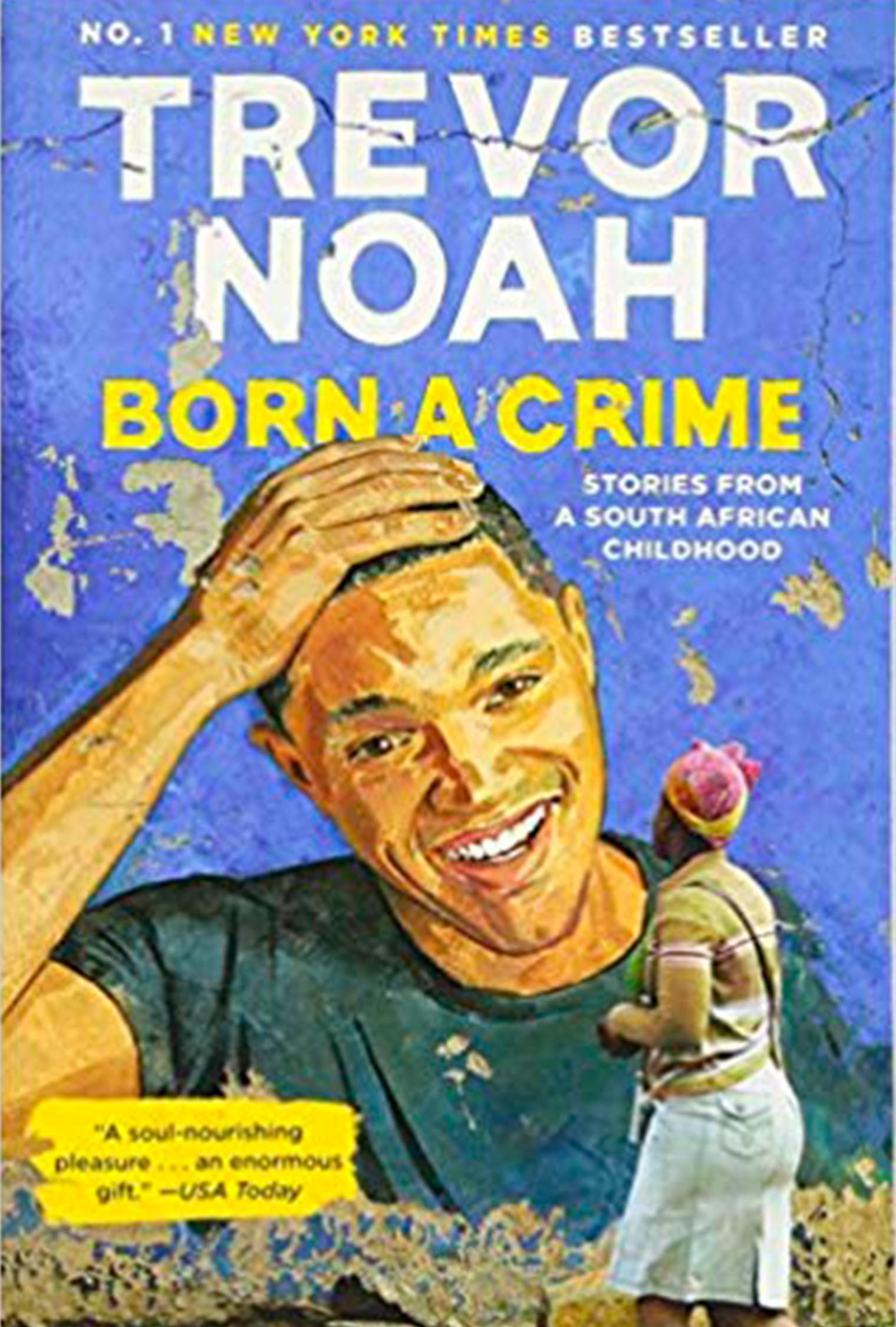 Born a Crime: Stories from a South African Childhood

Trevor Noah, host of The Daily Show, writes with effortless wit as he characterizes the absurdity of being “born a crime;” in South Africa, the union between his Swiss father and black Xhosa mother carried a prison sentence of five years. Noah tells stories of his difficult boyhood alongside a fearless mother determined to protect him. His acerbic wisecracks punctuate tales that won’t fail to move you. 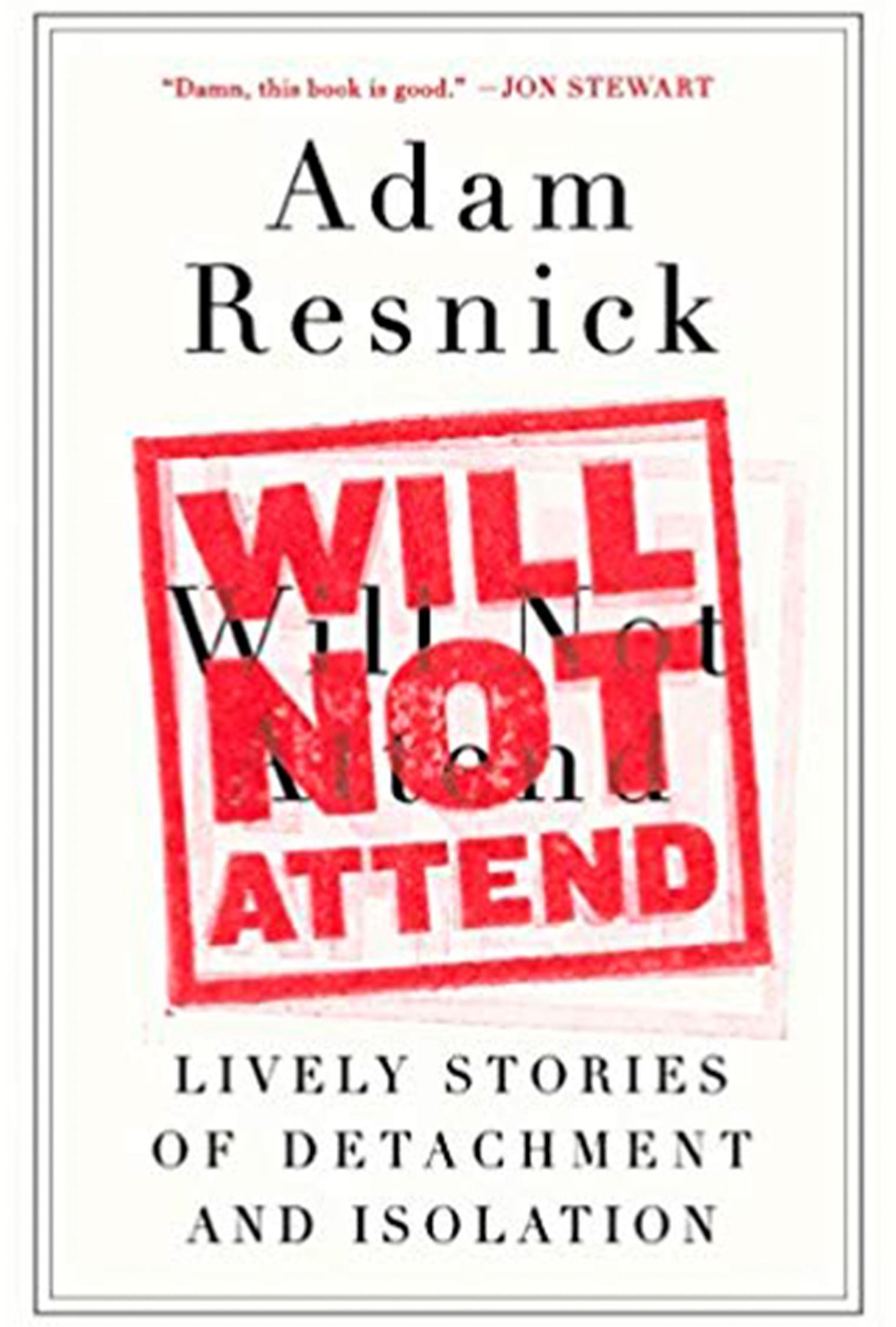 Will Not Attend: Lively Stories of Detachment

Adam Resnick masters the hilarity of woebegone cynicism in this series of stories that includes a riff on avoiding parties as a child and resisting his fellow second-graders—especially boys “with their cretinous obsession with weaponry and construction vehicles.” Get ready for witty writing that pulls you into tales about being neurotic, human, and comically anti-social. 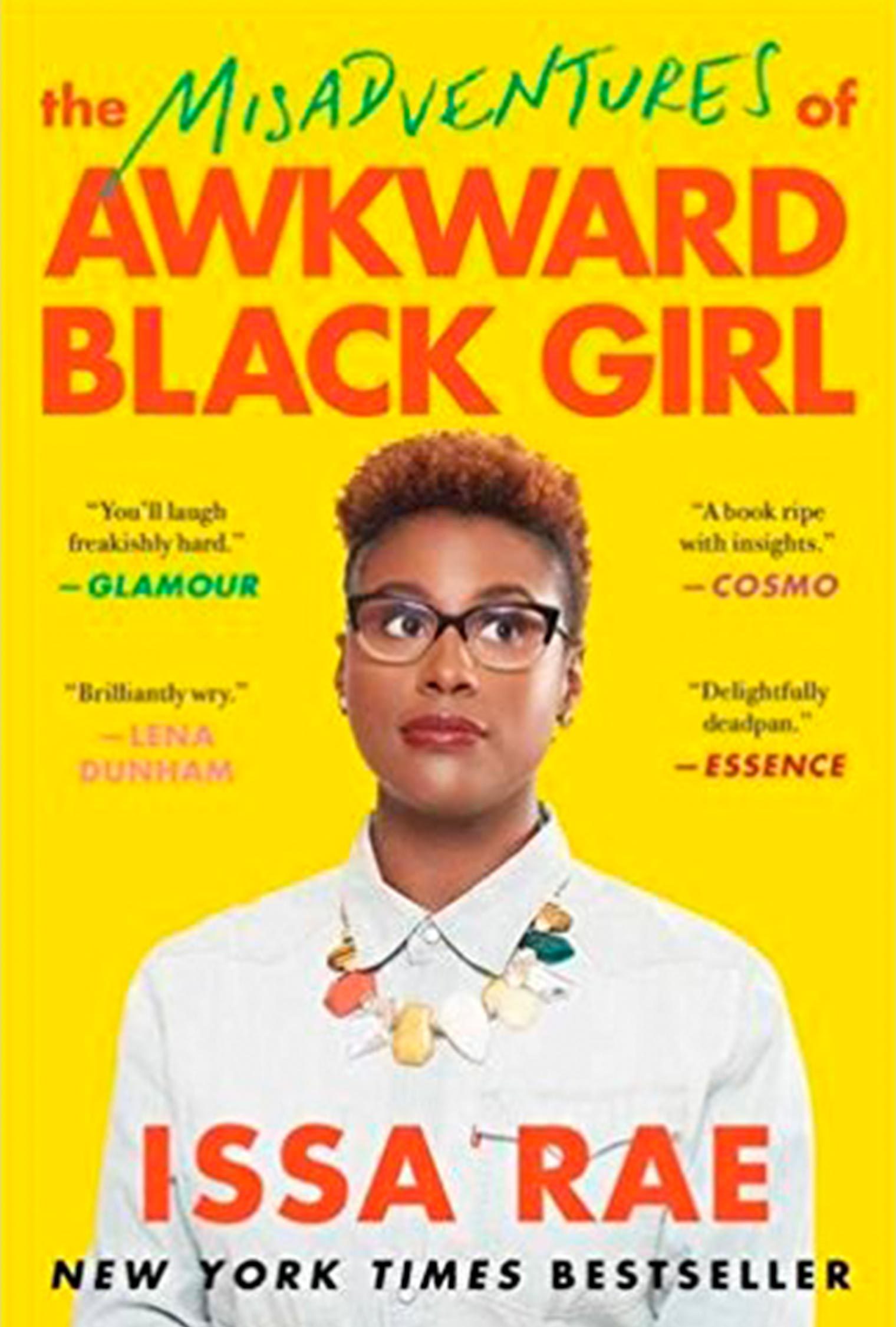 The Misadventures of Awkward Black Girl

Issa Rae, of the hit HBO show Insecure, recounts what it’s like to be a social misfit in a way that’s effortlessly lovable and totally relatable. Her book shares a name with the hit web series that catapulted her to stardom. Being awkward is rarely this brilliant, brave and beautiful, and in Rae’s insightful writing, it’s also incredibly funny. Check out these 10 books written by female authors every woman should read in her lifetime. 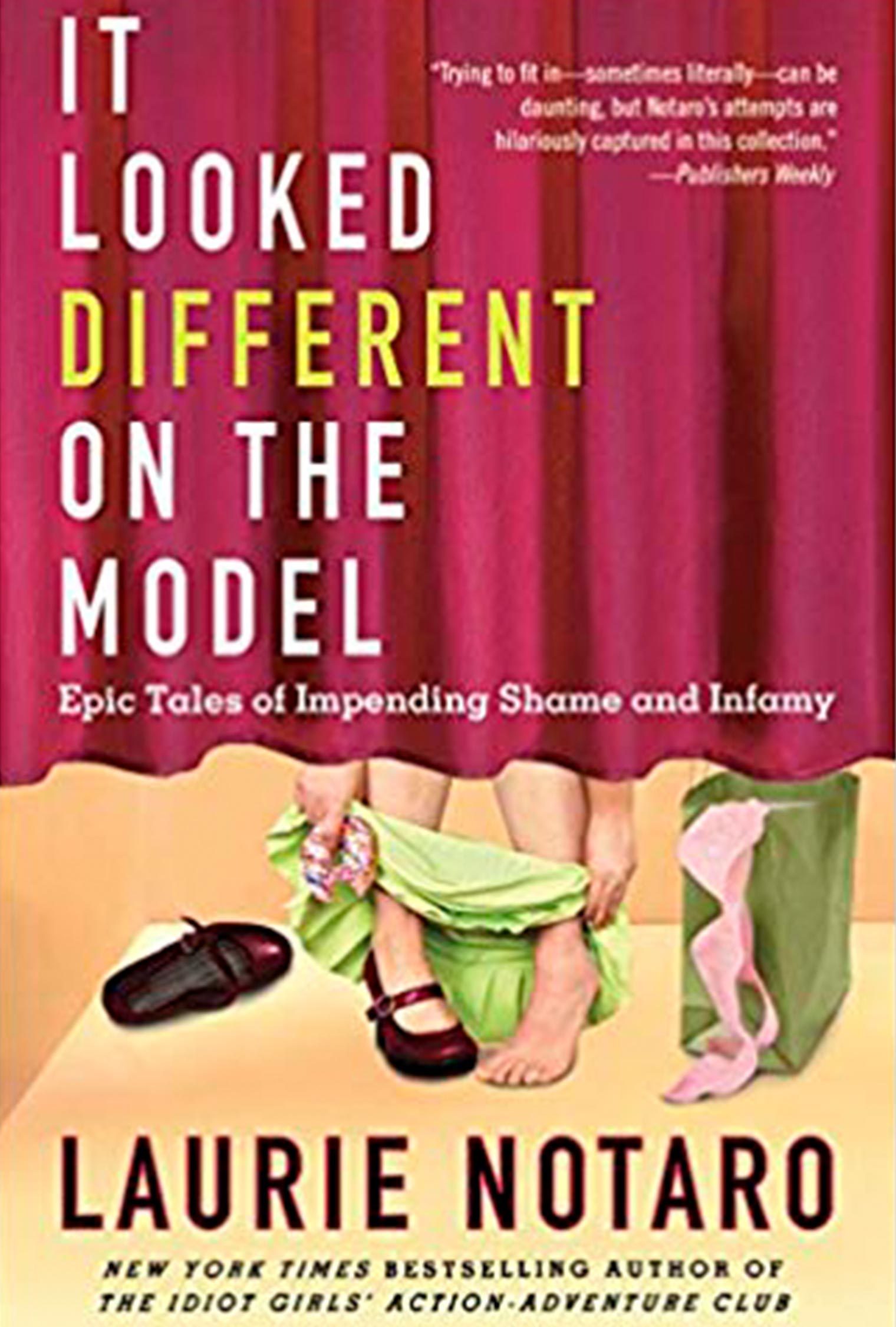 It Looked Different on the Model: Epic Tales of Impending Shame and Infamy

Laurie Notaro’s hilarious slice-of-life memoir turns mundane challenges into comedy gold. This bestseller begins in the dressing room of a chic boutique and Notaro’s riffs on shopping, price tags, and the fantasy of what a great blouse might do for you are sidesplittingly funny. She muses that stores should have “courtesy volcanoes” outside dressing rooms so women can toss themselves in after discovering their total inadequacy in certain lighting. You won’t be able to stop reading and you’ll laugh all the way. 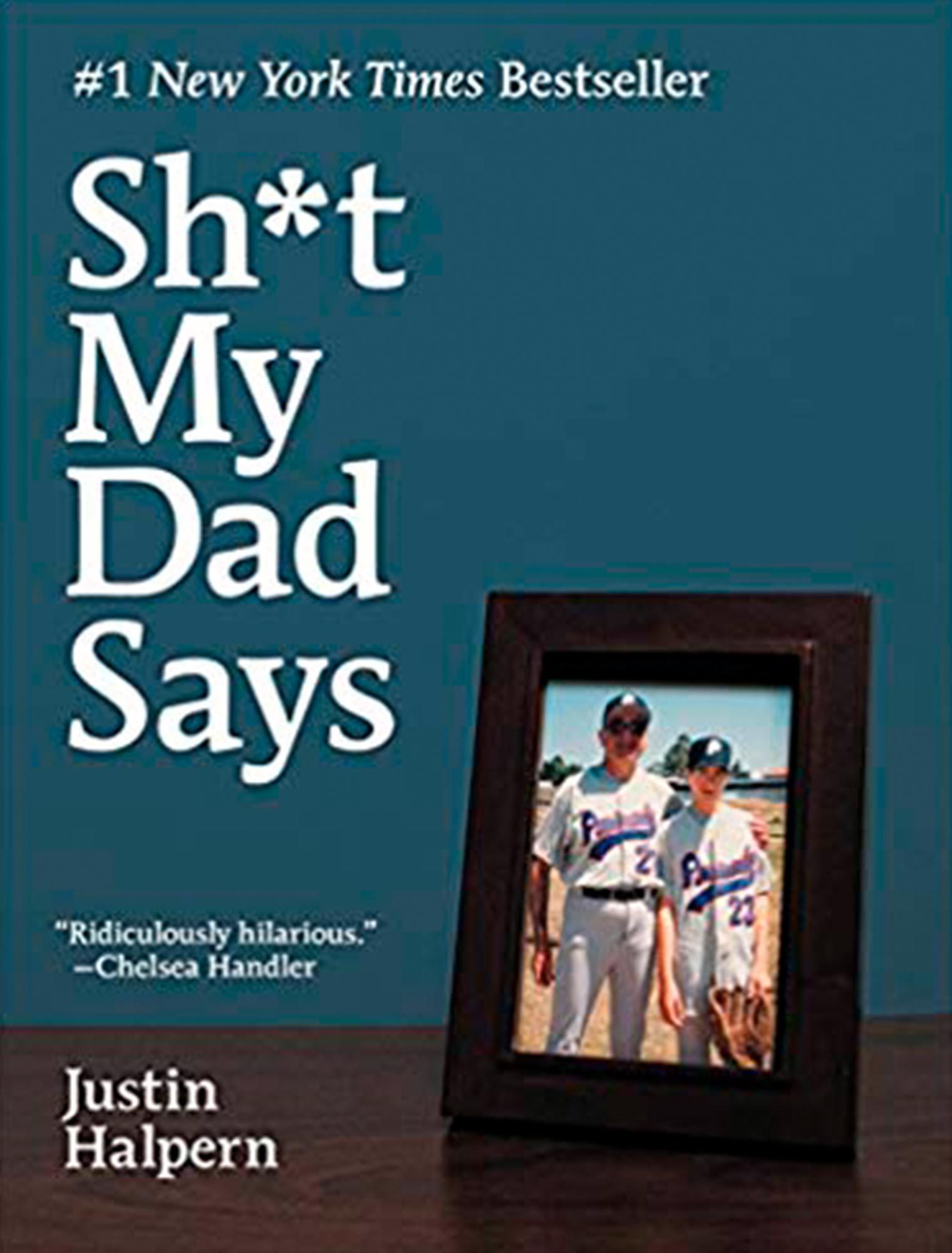 Justin Halpern finds himself living back at home with his parents after his girlfriend unexpectedly dumps him. His recently retired Dad spends his time speaking in a charmingly crude and cuss word-heavy vernacular, or what Halpern characterizes as a “mixture of honesty and insanity.” When Halpern starts posting his Dad’s remarks on a twitter account, they go viral, because you can’t read them without laughing. The book includes more Dad stories and a compilation of his Dad’s best quotes on a variety of subject. He says of slumber parties: “There’s chips in the cabinet and ice cream in the freezer. Stay away from knives and fire. OK, I’ve done my part. I’m going to bed.” 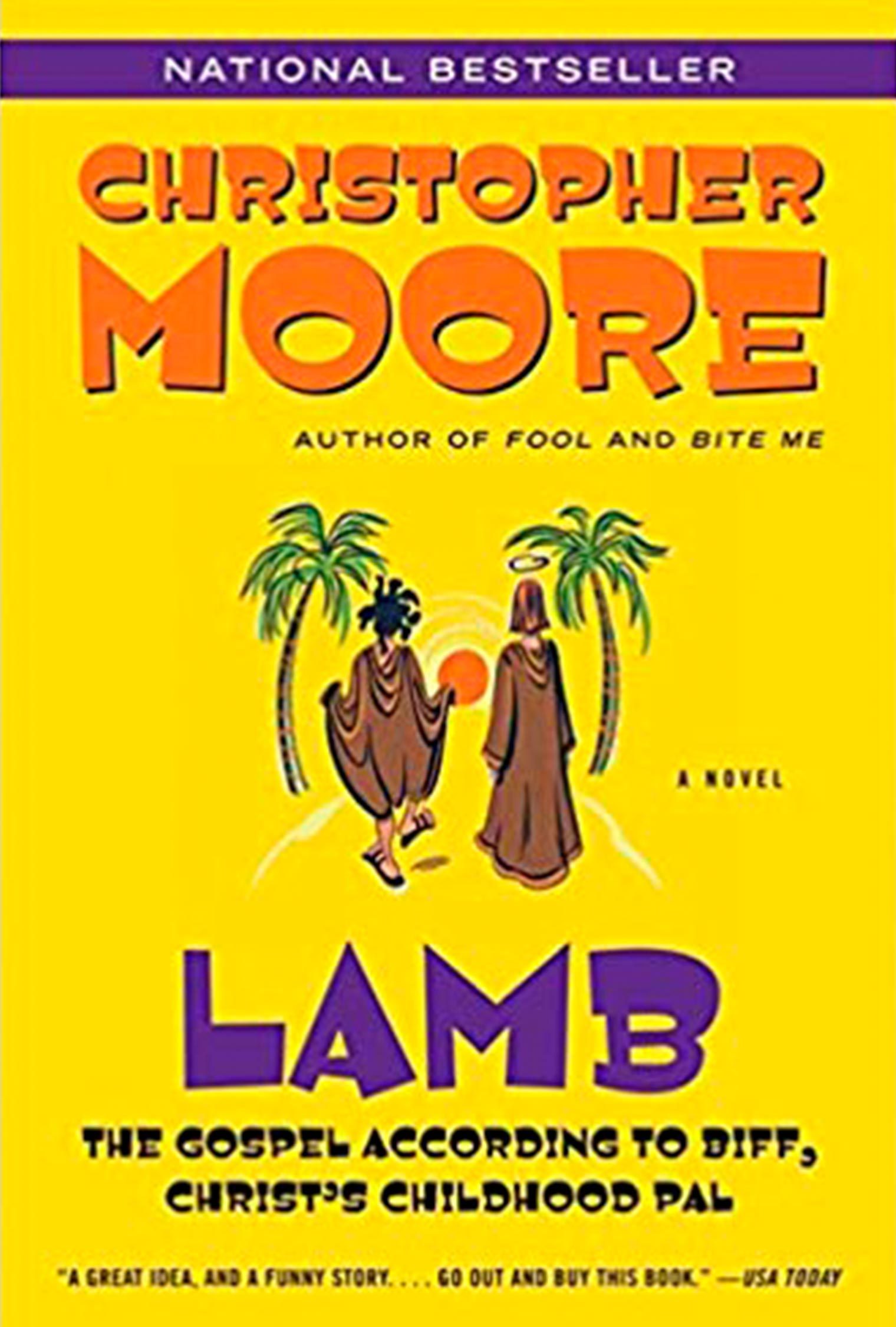 Lamb: The Gospel According to Biff, Christ’s Childhood Pal

Comic horror novelist Christopher Moore takes on the gospel in this popular novel about the early life of Jesus, told by his bestie, Biff. It’s as poignant as it is hilarious, and fans admit to laugh out loud page-turning and a story that stays with them long after they’ve finished reading. Don’t miss these 9 life-changing books everyone should read. 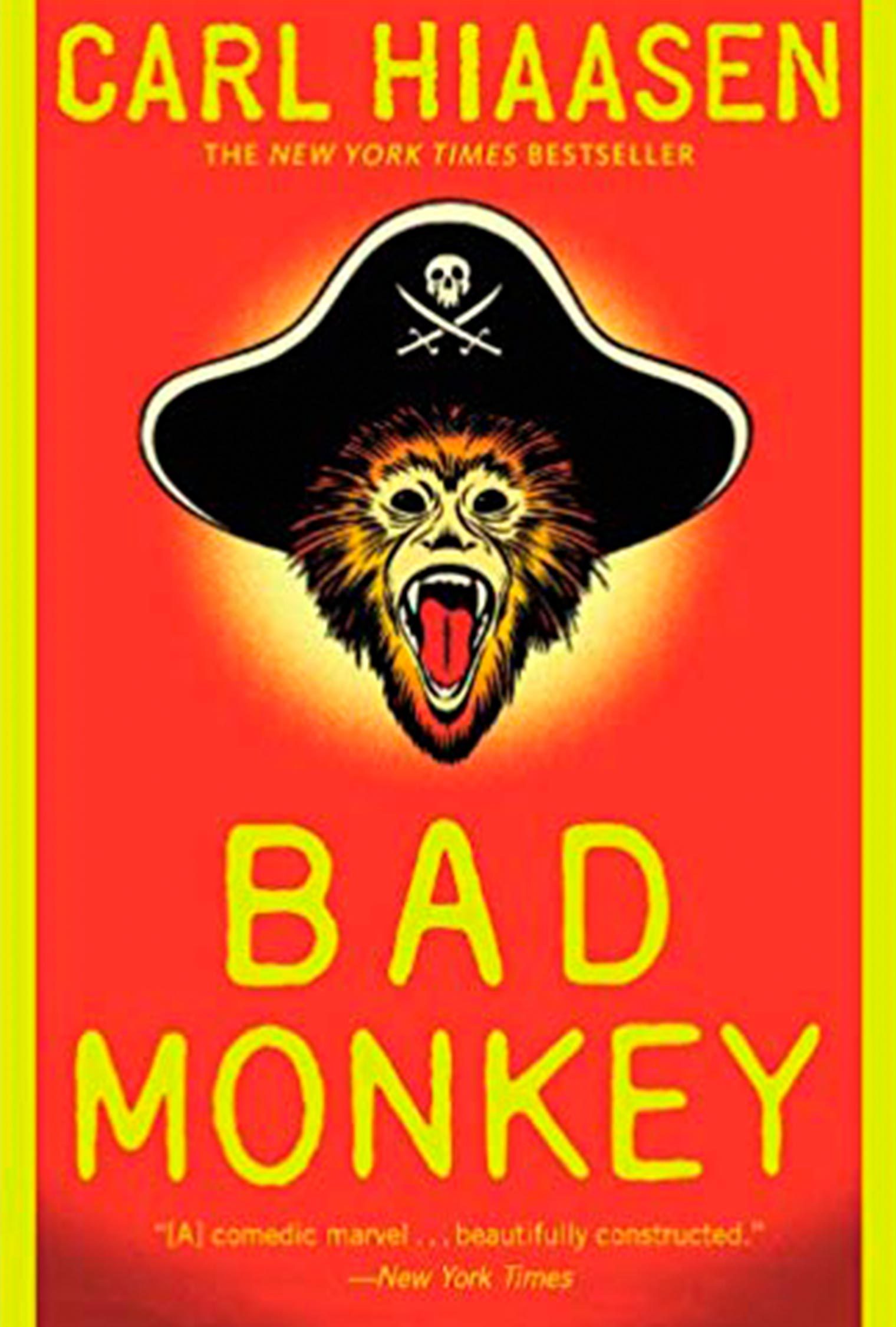 Fans love Carl Hiaasen’s over-the-top novels filled with zany writing and bizarre scenarios. This one follows former cop Andrew Yancy as he investigates a severed arm that turns up at the end of a fishing line. The middle finger is somehow frozen in the up position, a harbinger of the crude and funny madcap investigation to come. 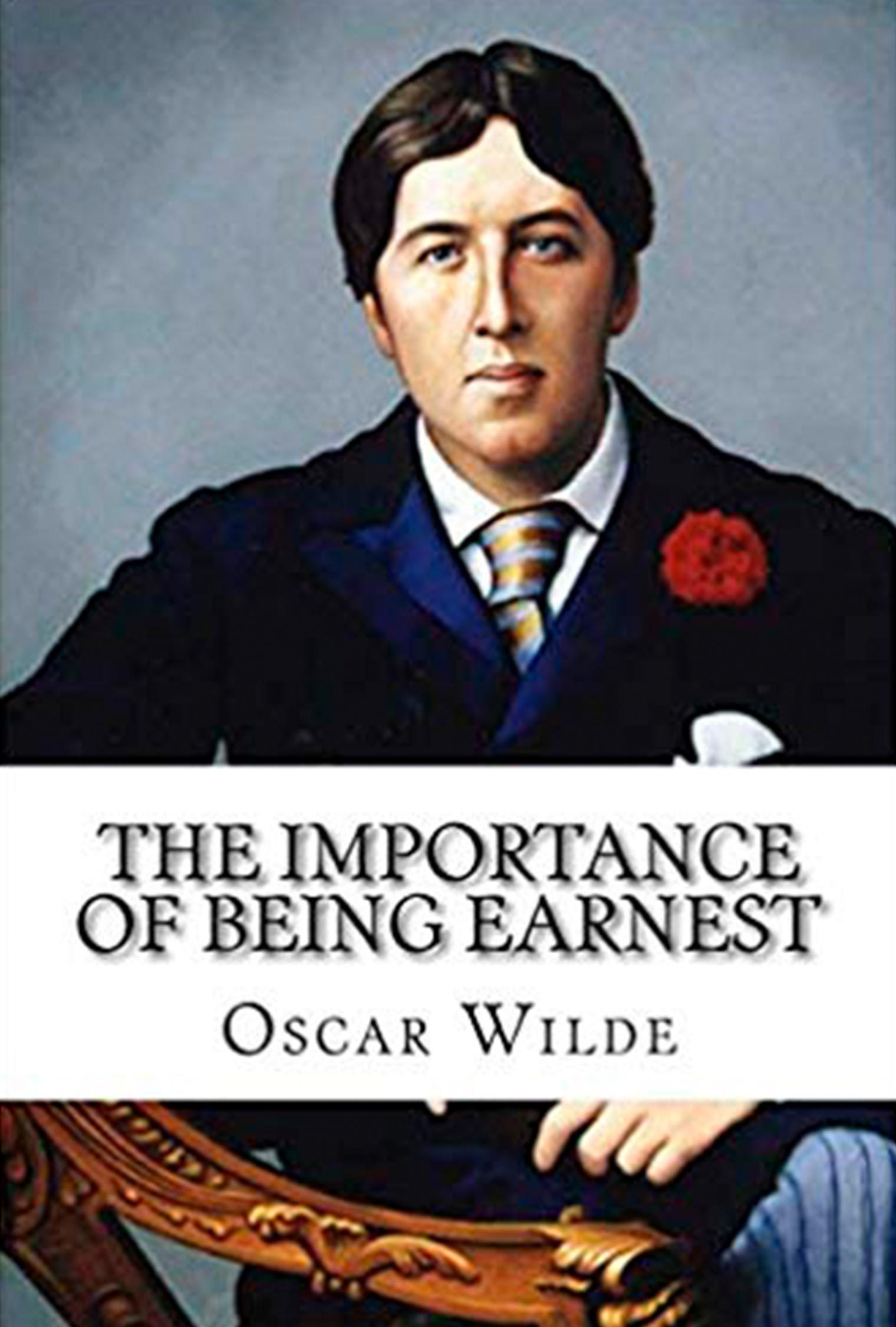 The Importance of Being Ernest 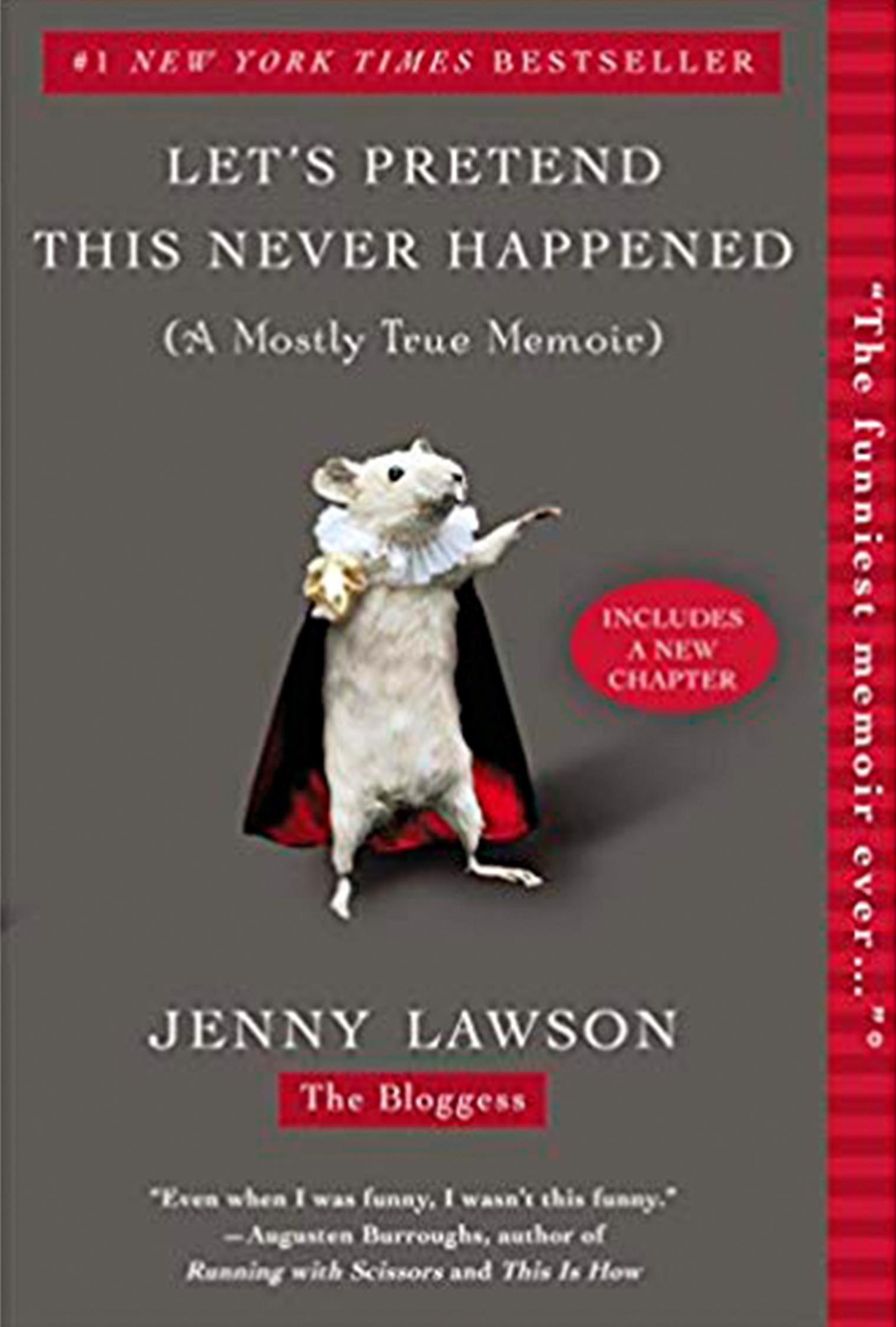 Jenny Lawson makes embarrassing moments totally hilarious. Get caught up in her lively literary style filled with asides, cussing, and truly alluring sarcasm. This memoir became a much-loved bestseller because Lawson’s life stories are heartwarming, relatable, and so funny you’ll shake the bed and scare anyone close by while you’re reading. 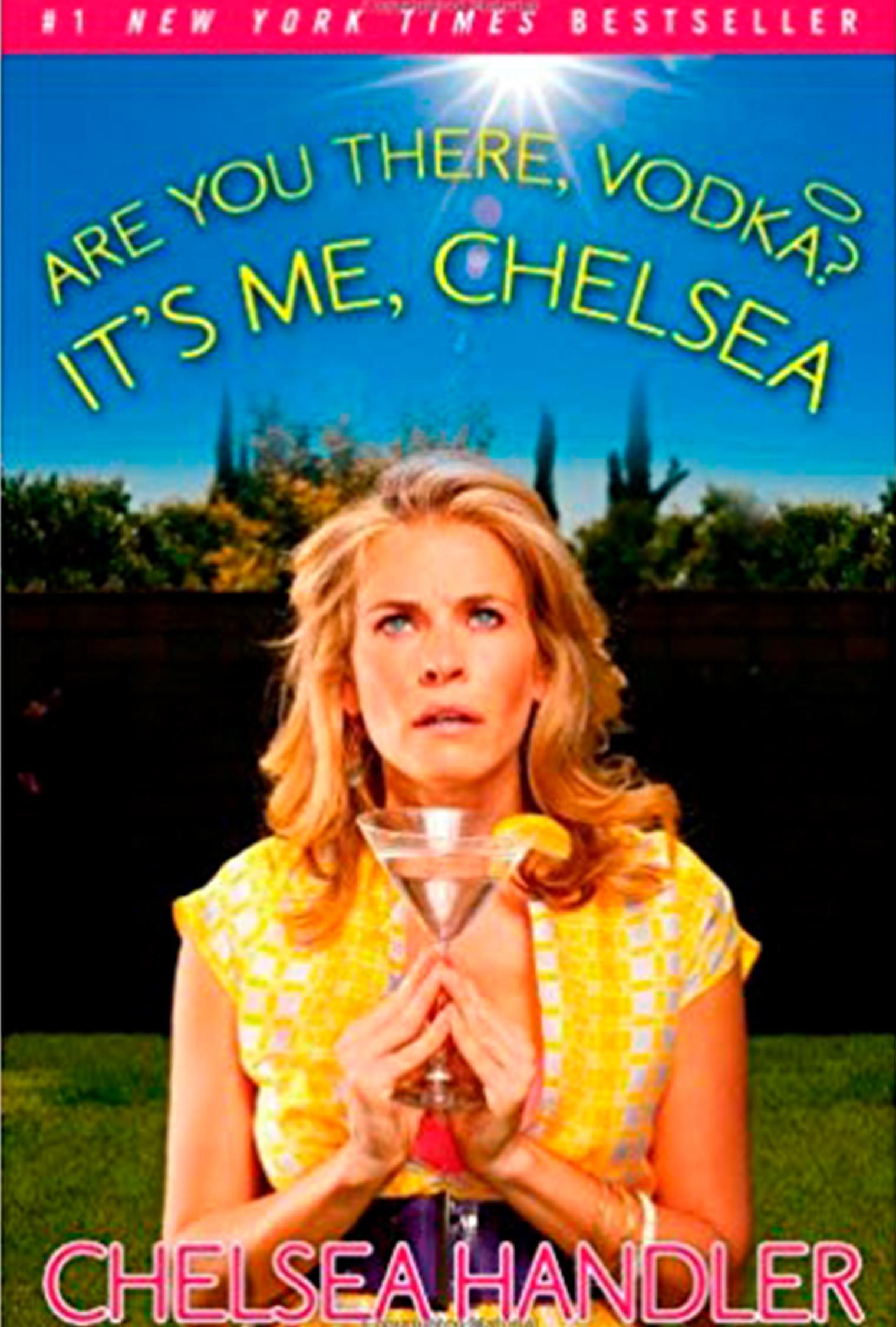 Are You There, Vodka? It’s Me, Chelsea

Chelsea Handler’s funny, engaging musings are ultra-clever and keep you turning pages and laughing out loud with ease—almost like having a drink. Handler’s style is raunchy, offensive, and filled with comic punches as she lets you in on the details of her life, both the outrageous and the mundane. 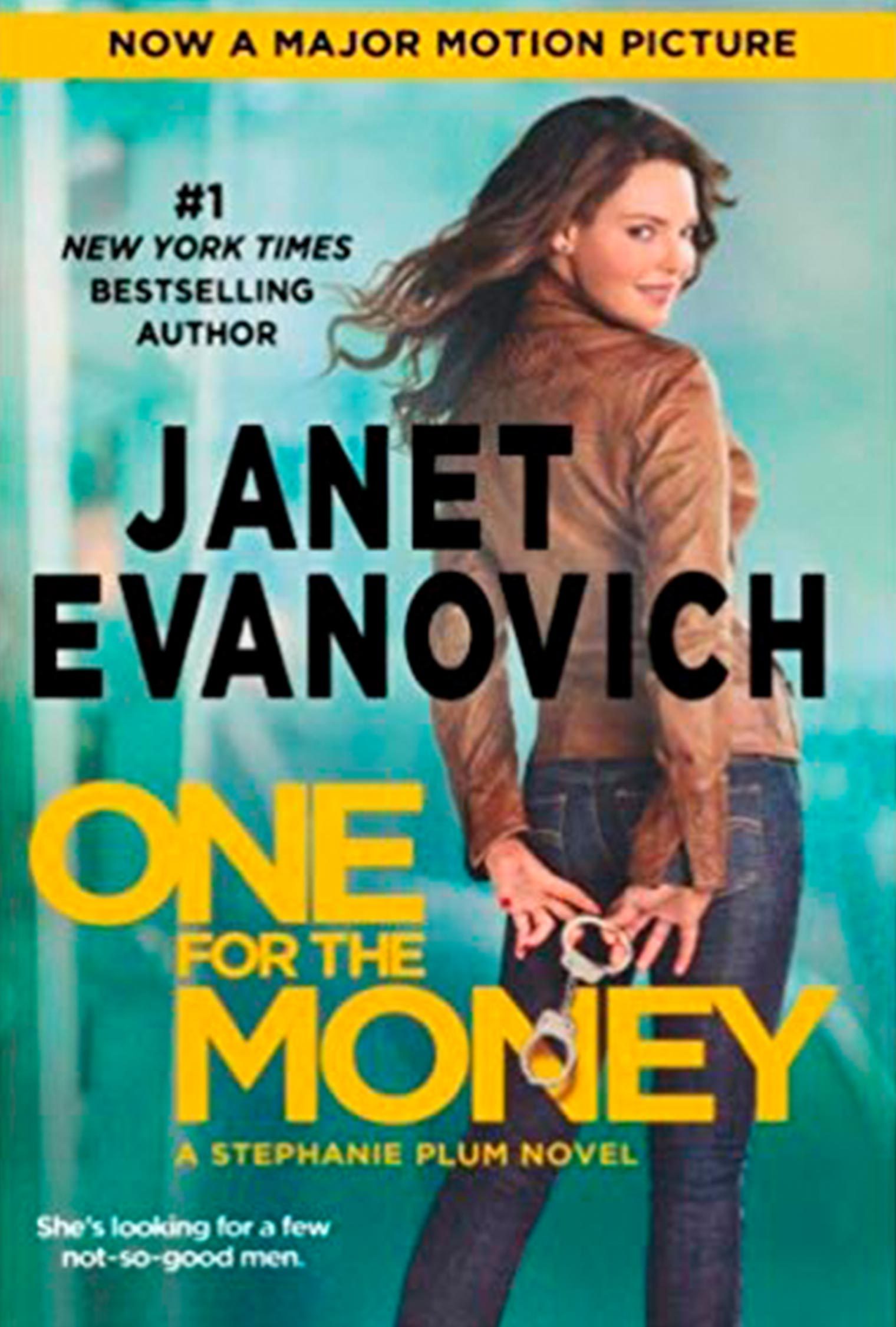 One for the Money

In Janet Evanovich’s first Stephanie Plum novel, you’ll follow the exploits of department store lingerie buyer turned bounty hunter. The eponymous Jersey girl is known for her wisecracks, cynical outlook, and adventures in capturing her erstwhile hook-up, the hottie Morelli. She needs the money so why not try to capture an old fling? Fans love Plum’s laugh-out-loud antics. Find out the top 10 books everyone lies about reading. 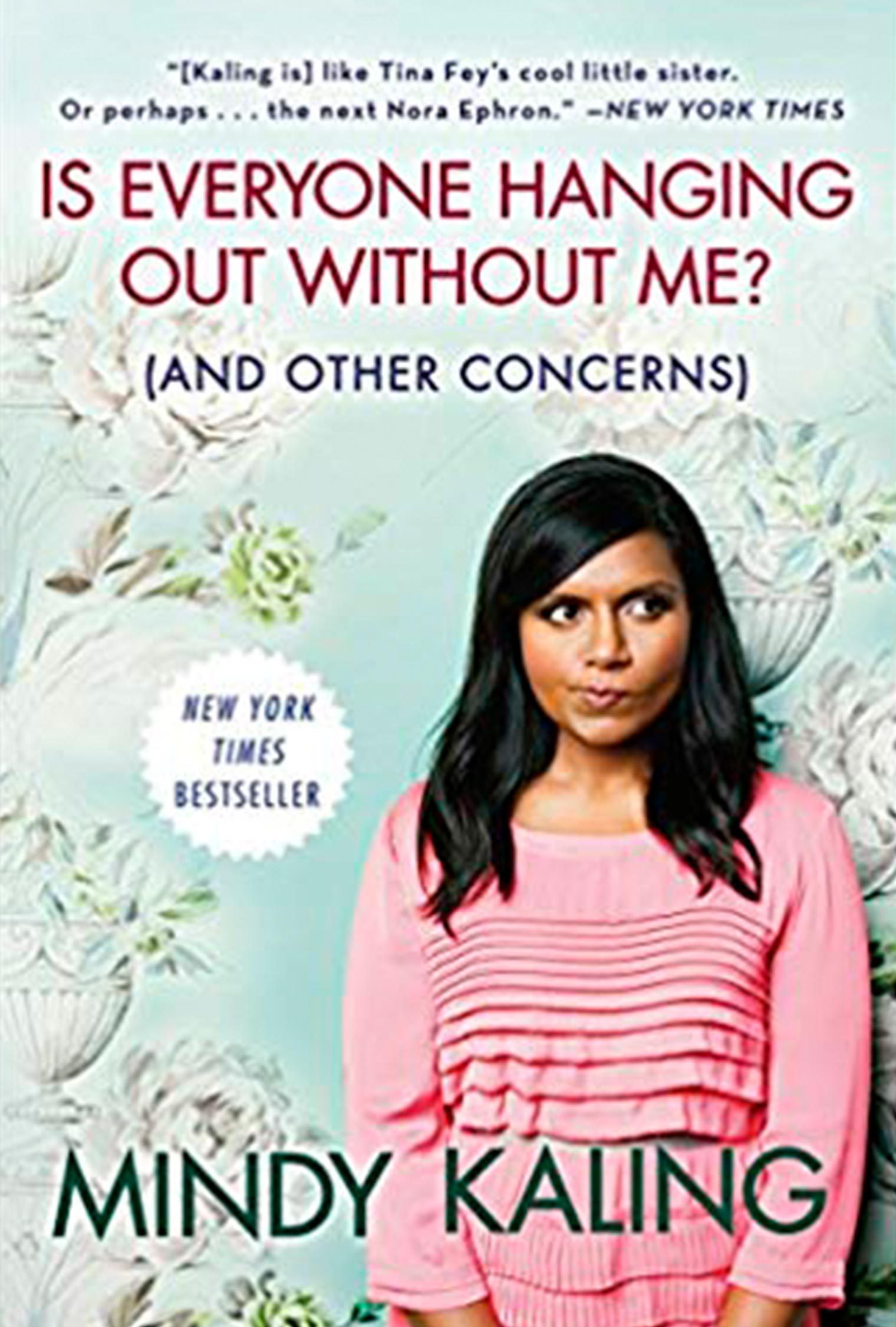 Is Everyone Hanging Out Without Me? (And Other Concerns)

Mindy Kaling’s signature wit comes with heaping doses of brilliance in this memoir about her life as the daughter of immigrants and how she became known for her comedy. She was a writer and performer on the critically-acclaimed, ever-ironic, and hilariously soulful The Office. She also starred in, wrote and executive produced her hit show, The Mindy Project. You’ll love laughing as you fall hard for her honest, tell-it-like-is, witty voice. 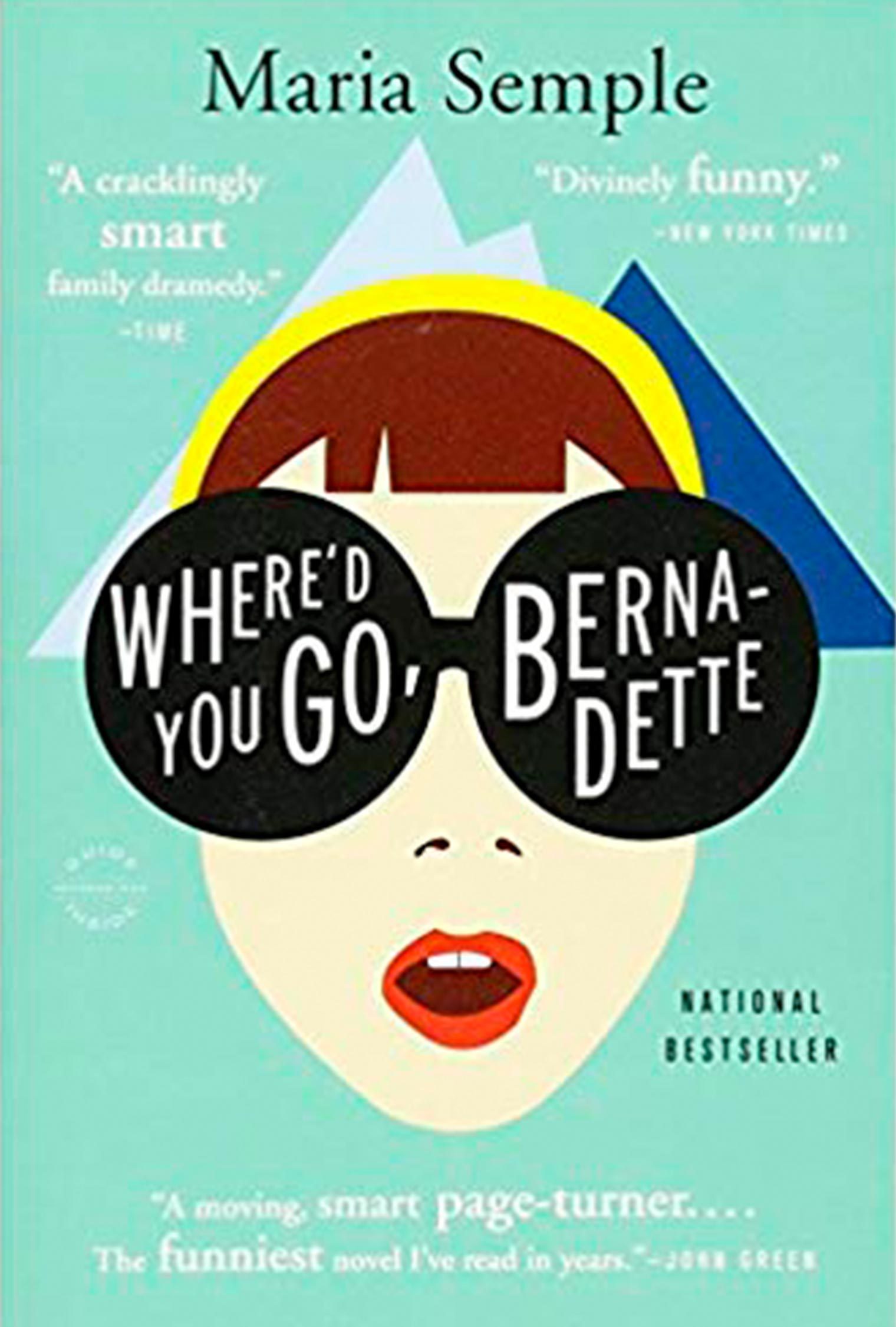 Where’d You Go, Bernadette: A Novel

Maria Semple’s brilliantly satirical and unconventional novel follows the story of a Seattle mom who disappears two days before Christmas. It’s up to her 15-year-old daughter Bee to figure out what’s become of her. The story is told through emails, texts, letters, bills, and all the paperwork that makes up contemporary life. Semple infuses the story with a wry sense of humor, and characters you won’t soon 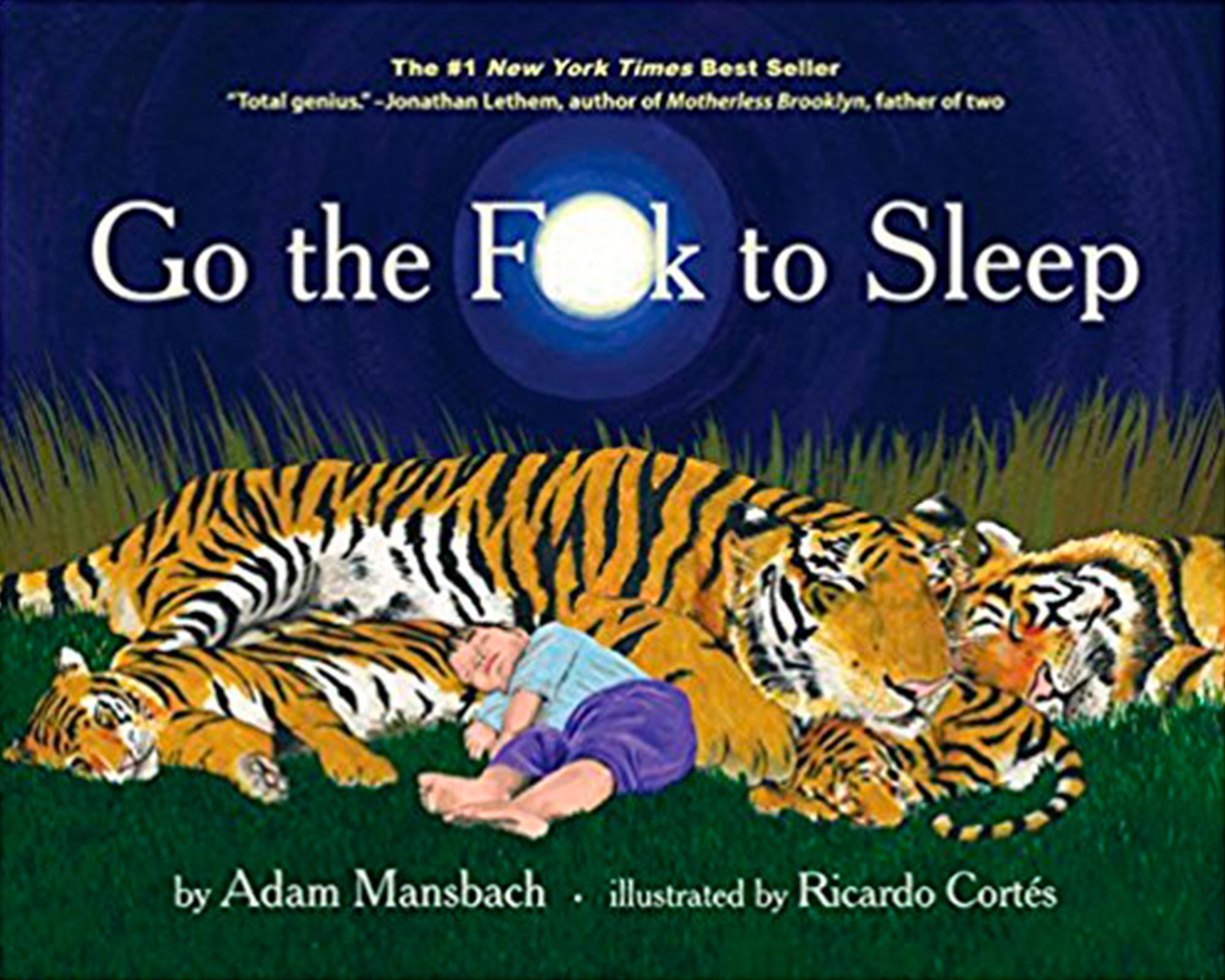 Go the F**k to Sleep

This is the perfect bedtime story for adults. But be careful! You don’t want to wake up the kids–and you won’t get through it without cracking up. Adam Mansbach’s hilariously obscene bestselling picture book stole the heart of every parent who’d ever tried to get their kid to finally fall asleep. With lulling, cuss-word infused lines of poetry and gorgeous illustrations of children sleeping near wildlife, this classic gag book remains a favorite. Just try to get through it without laughing your tired head off. Check out the children’s books adults should read again. 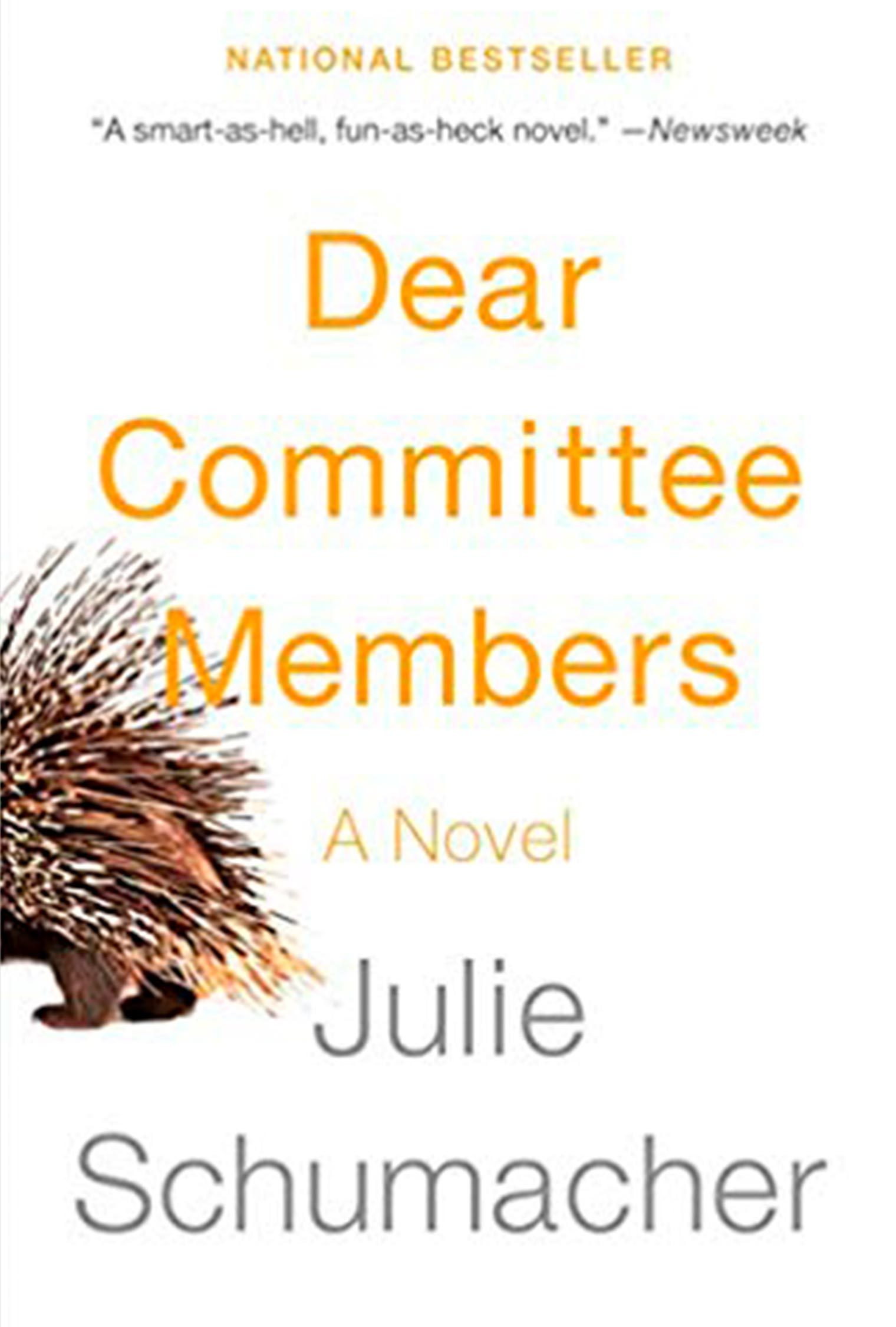 If you’re the kind of person who finds the epistolary form amusing and the antics of insufferable academics funny, then this is the book for you. Told in a series of letters and emails, this effortlessly riotous tale hooks you. The chapfallen professor Jason Fitger is a whiz at writing passive-aggressive letters of recommendation and other complaints. The plot follows up on his bleak love affairs and even bleaker grad student. It’s the best kind of sad and funny. 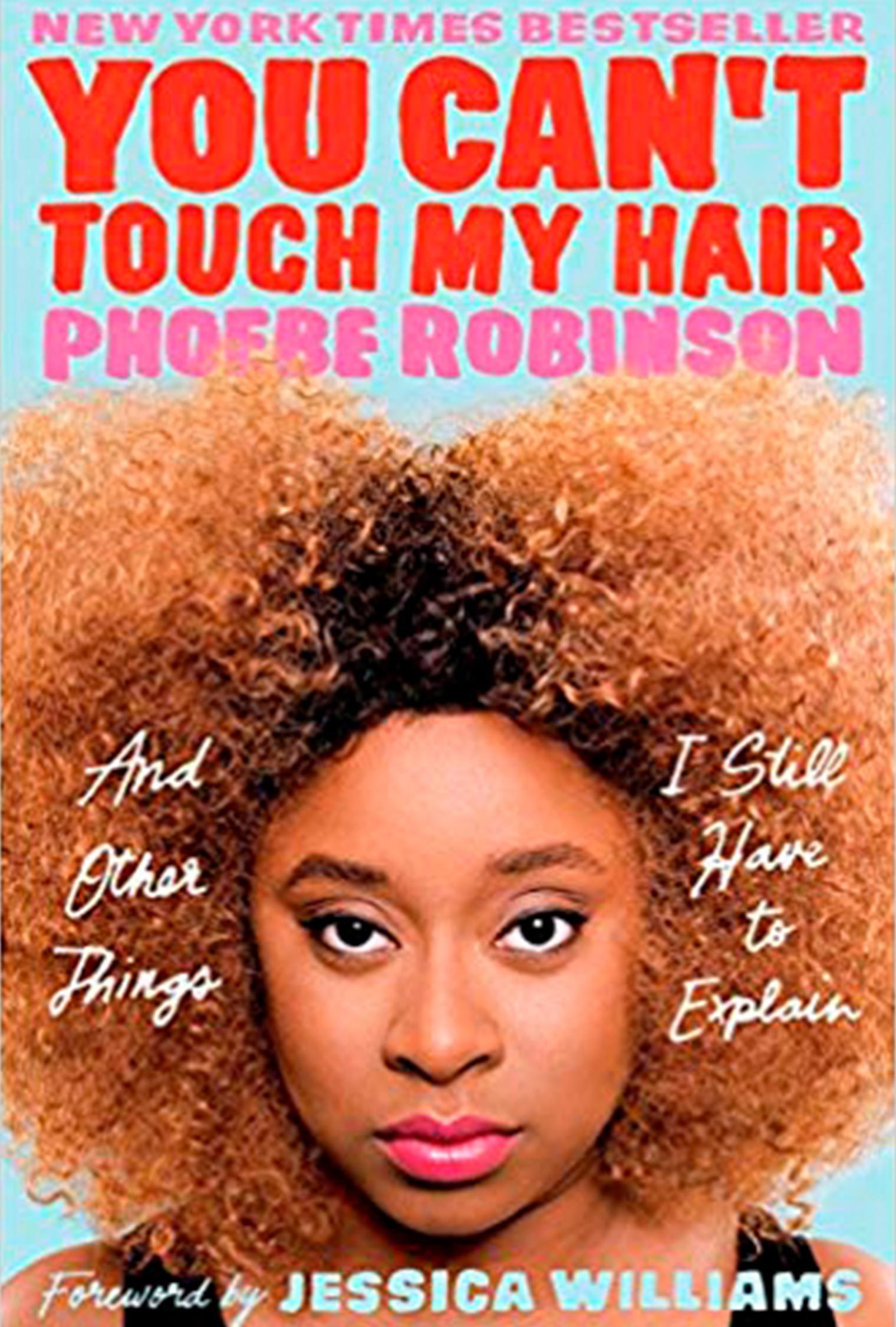 You Can’t Touch My Hair: And Other Things I Still Have to Explain

Stand-up comedian Phoebe Robinson explains several important things to you–and you’re going to love it because and her must-read bestseller is casually riveting while being stunningly brilliant. Her prose jumps from profound to hilarious to totally essential. You’ll love her “supertruncated” (one paragraph) history of the world that includes Hall & Oates lyrics as well as the actual truth. Getting up to speed on life and the whole world is usually not this funny. These are the 20 best books to give the person who has read everything. 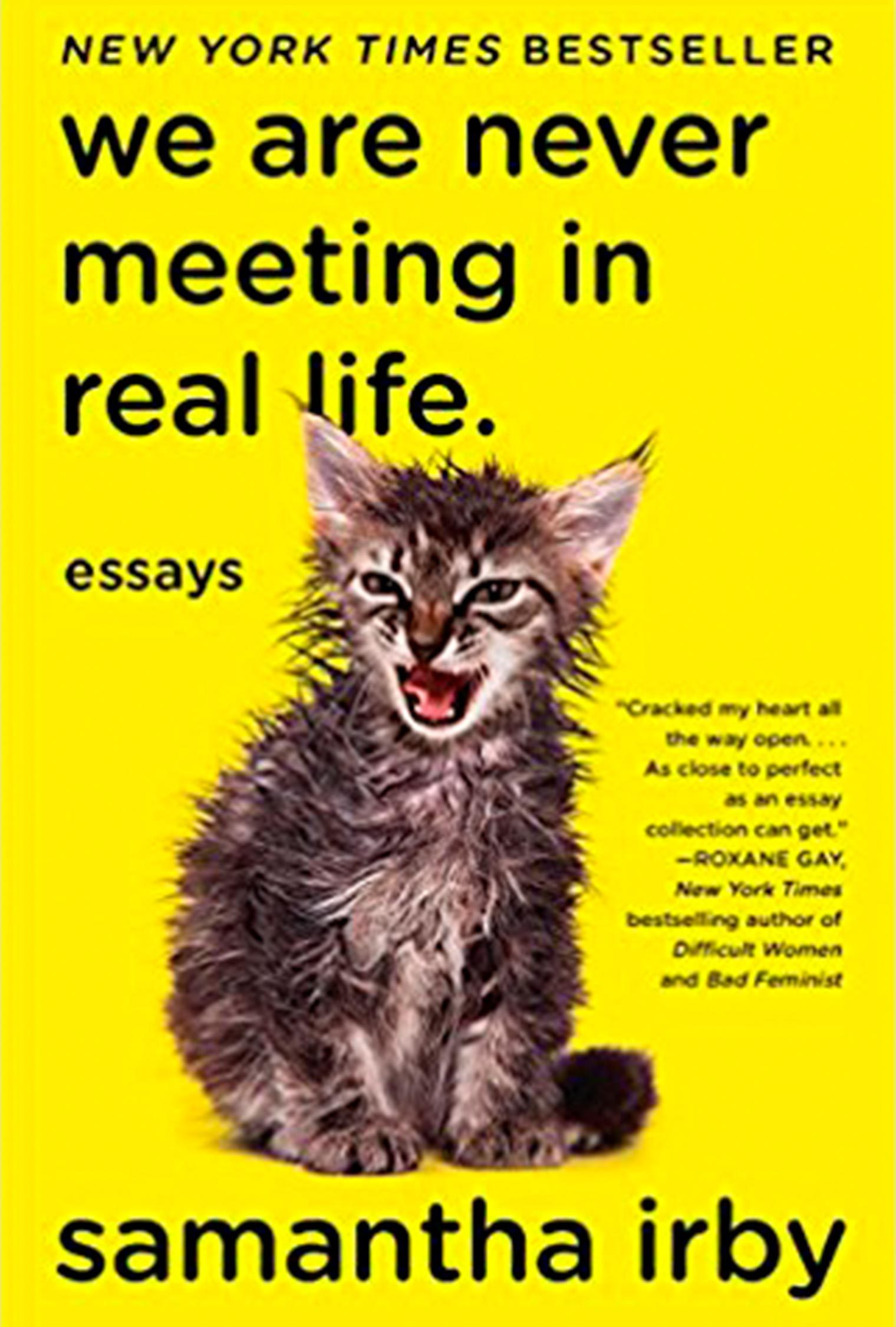 We Are Never Meeting in Real Life: Essays

Samantha Irby’s books and blogs are always funny and wise. Her latest delivers similar profundities about our absurdist culture disguised as jokes. This one starts with her application to be on The Bachelorette, and when asked if she has any children her answer’s, “I’m counting the cat here. So, yes.” (Its name is Helen Keller.) Her hobbies include “scrolling through Facebook quickly enough that people’s stupid videos don’t start playing automatically.” Irby’s seemingly offhand wit will easily enrapture you. Next, don’t miss the 50 books to read before your 50.

Disclosure: We may earn a commission for purchases made through our links.