Turns out our leaders have quite the lexicons. Find out which presidents’ choice words have stuck around as part of our modern banter.

Franklin D. Roosevelt invented this term in the 1930s to dismiss questions at various press conferences. Today, we use it to communicate the status of that month-old bread in the refrigerator. Check out these words you had no idea were inspired by real people.

Upon sending an urgent message to Congress, Abraham Lincoln said about Southerners: “With rebellion thus sugar-coated they have been drugging the public mind of their section for more than 30 years.” An official government printer found the term to be too casual and asked Lincoln to change it for the record. Lincoln refused. The result: The perfect word-bomb to drop in your next argument. 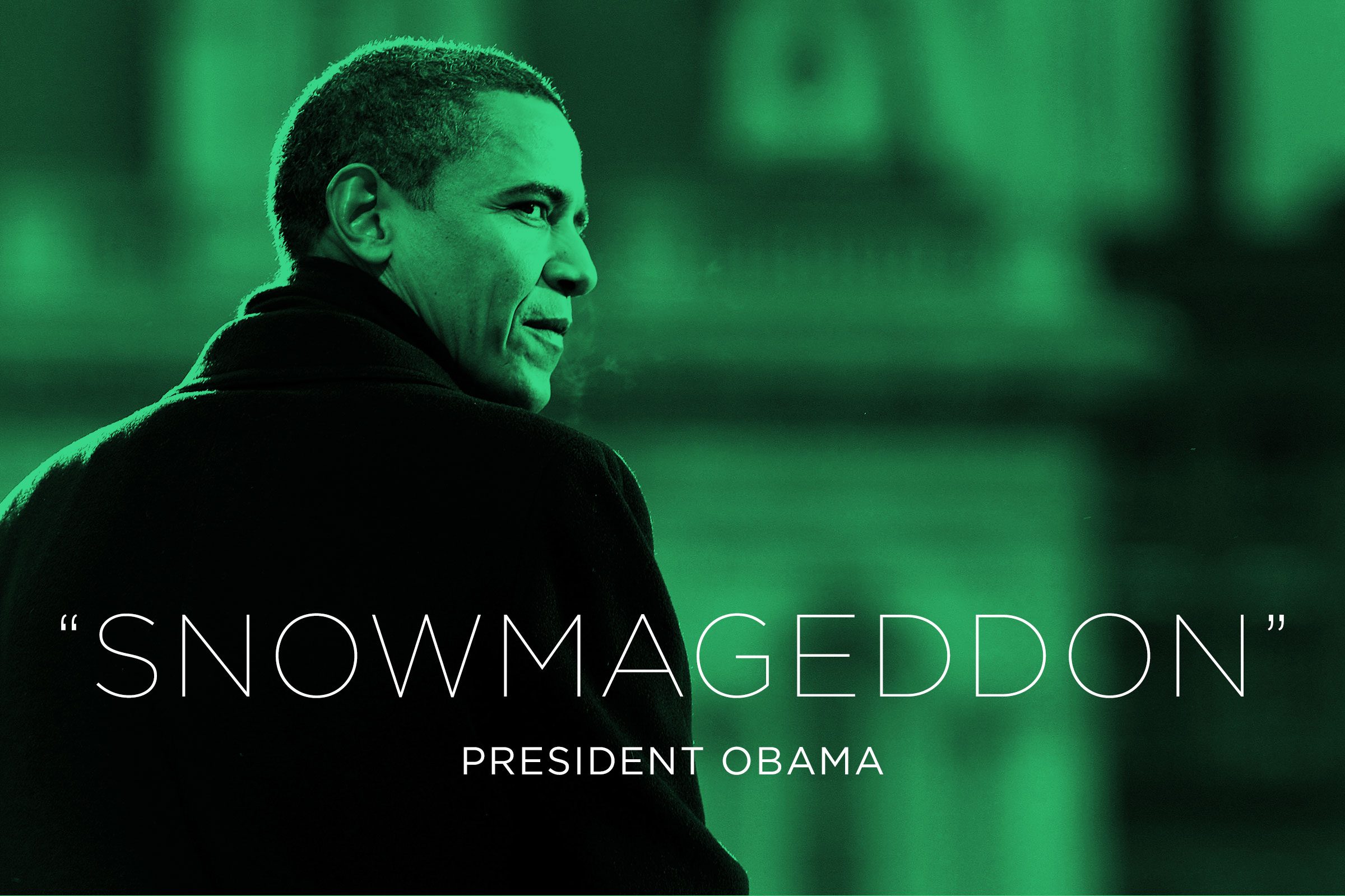 President Obama riffed off of the popular Michael Bay flick when he first used this term to describe the huge snowstorm that hit Washington, D.C., in 2010. The snow may have melted, but the saying has stuck. These are the most famous quotes you totally think presidents said, but they actually didn’t. 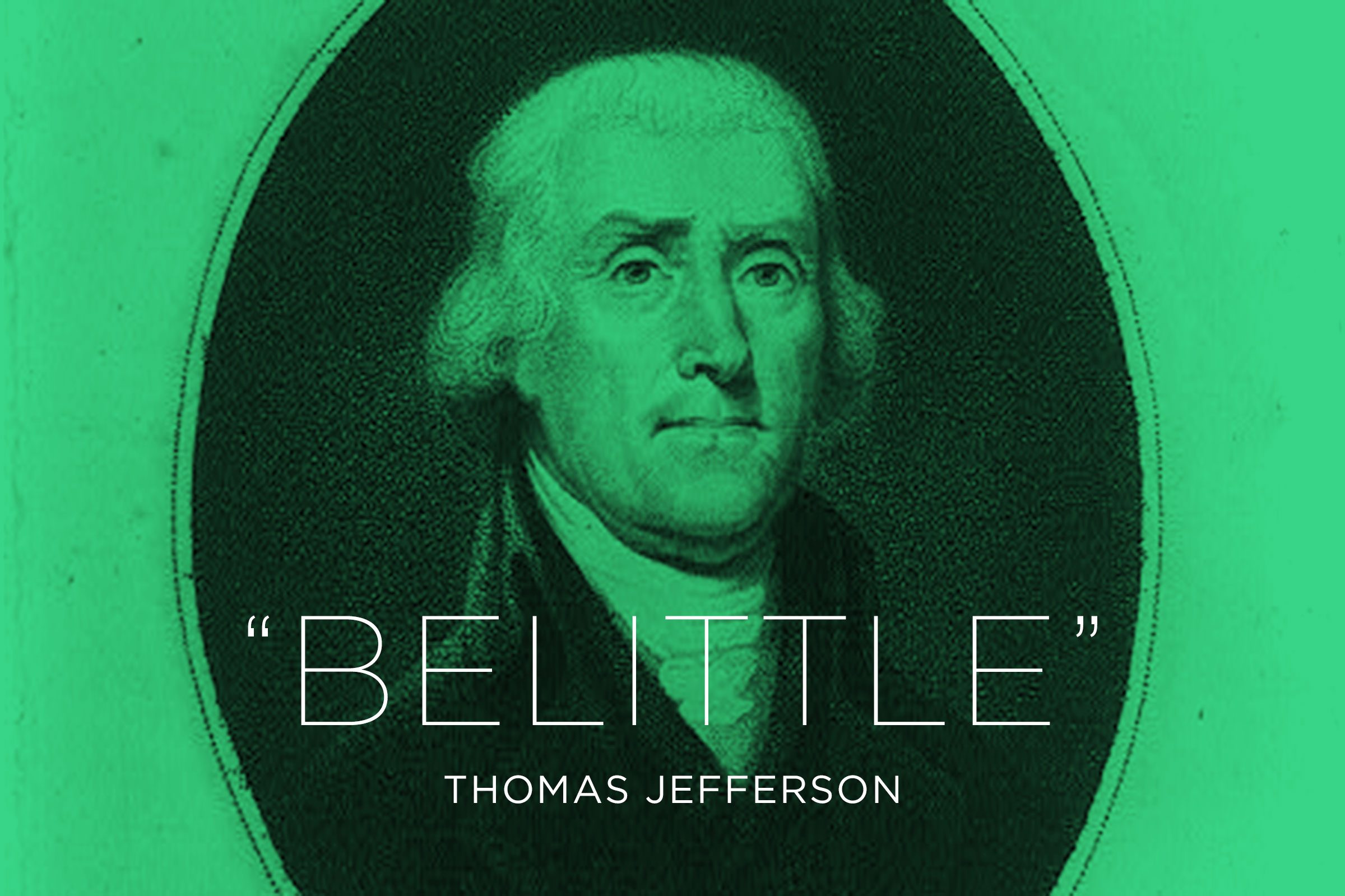 In 1788, Thomas Jefferson was so inspired while writing about the natural beauty of his home state, Virginia, that he just had to make up a whole new word to describe it. “The Count de Buffon believes that nature belittles her productions on this side of the Atlantic.” Boom: “Belittle” was born. But Jefferson didn’t stop there. The third U.S. President gets credit for more than 100 new words such as: lengthily, monotonously, and (randomly enough) pedicure. Check out these funny words you never knew originated in the military. 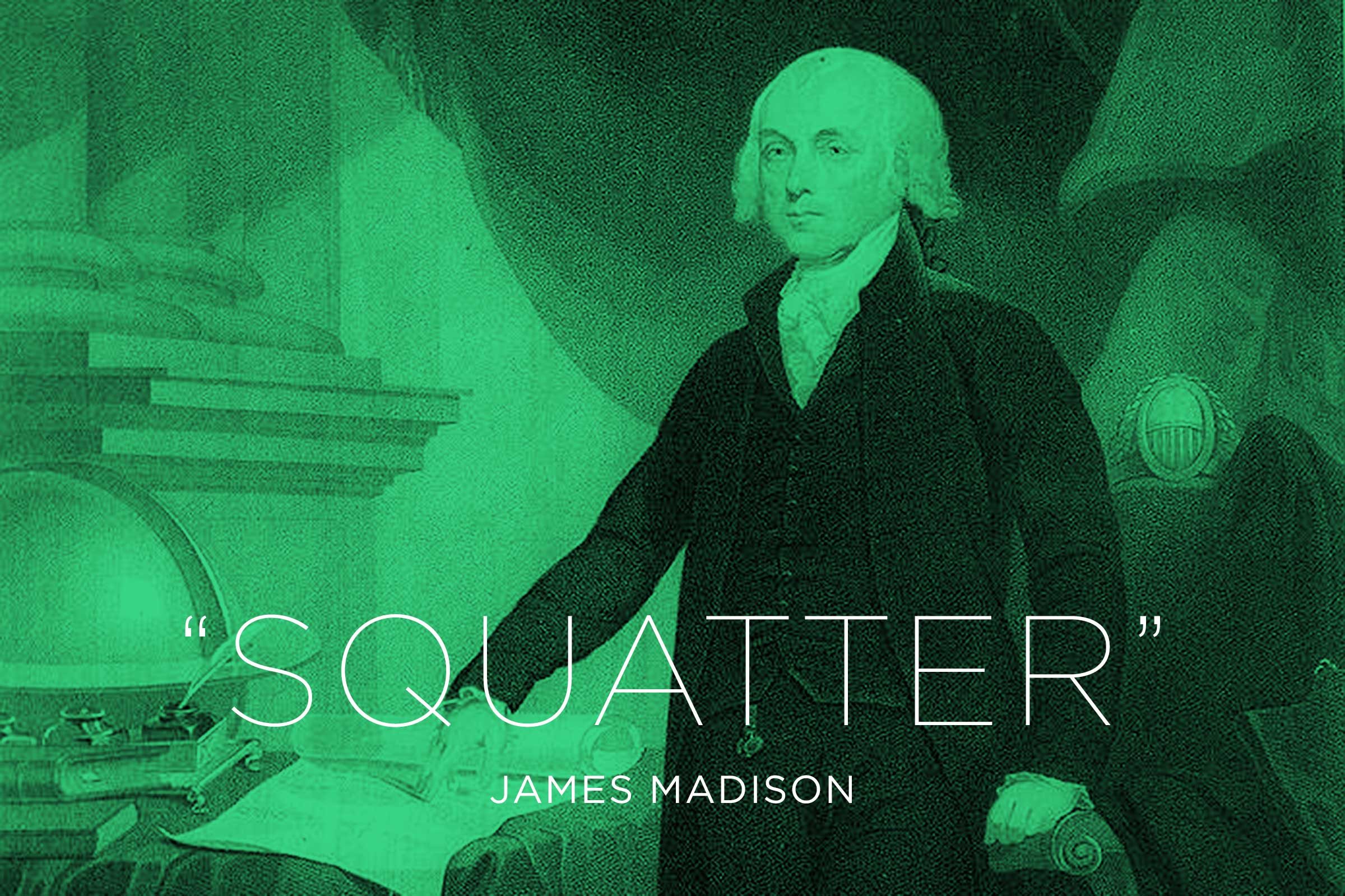 Are out-of-work hipsters camping out in your neighbor’s apartment? Well, thanks to James Madison, there’s a word for them! The first recorded use of the word “squatter” was in a 1788 letter from Madison to George Washington, discussing homeless Maine residents that lived on other people’s property. If it’s good enough for a president…

When the Founding Fathers were around, the term we most commonly use to refer to them wasn’t. This alliterative phrase wouldn’t exist until 1916, when President Warren G. Harding (then a senator) used it in a speech to the Republican National Convention. A few years later, he would use it again in his inauguration address, solidifying its place in America’s national vocabulary. Before that, the Declaration-signers and early-USA patriots went by the “framers,” or simply the “Fathers.” You’ll never guess which founding father has the most valuable signature on the Declaration of Independence.

It seems only fitting that the first person to hold the office of the presidency first coined the term for a president’s time in office. In his Farewell Address in 1796, George Washington said, “In reviewing the incidents of my administration, I am unconscious of intentional error.” The word itself existed before this, but Washington was the one who first used it to refer to a president’s tenure.

In 1906, Teddy Roosevelt used this word in a speech to disparagingly describe unscrupulous journalists “digging in the muck” for juicy gossip. He’d discovered the term “muckrake” (in a more literal sense) in the book Pilgrim’s Progress and tweaked it for his own purposes. However, as time passed, the word has evolved to have a positive connotation, too, depending on the context. Journalists who took risks in order to expose corruption or scandal to the public could also be muckrakers. Next, learn about the surprising hidden talents of U.S. presidents.