As this list of items will reveal, the space-age electric future that we once only dreamed about is here. (Yes, right now!) 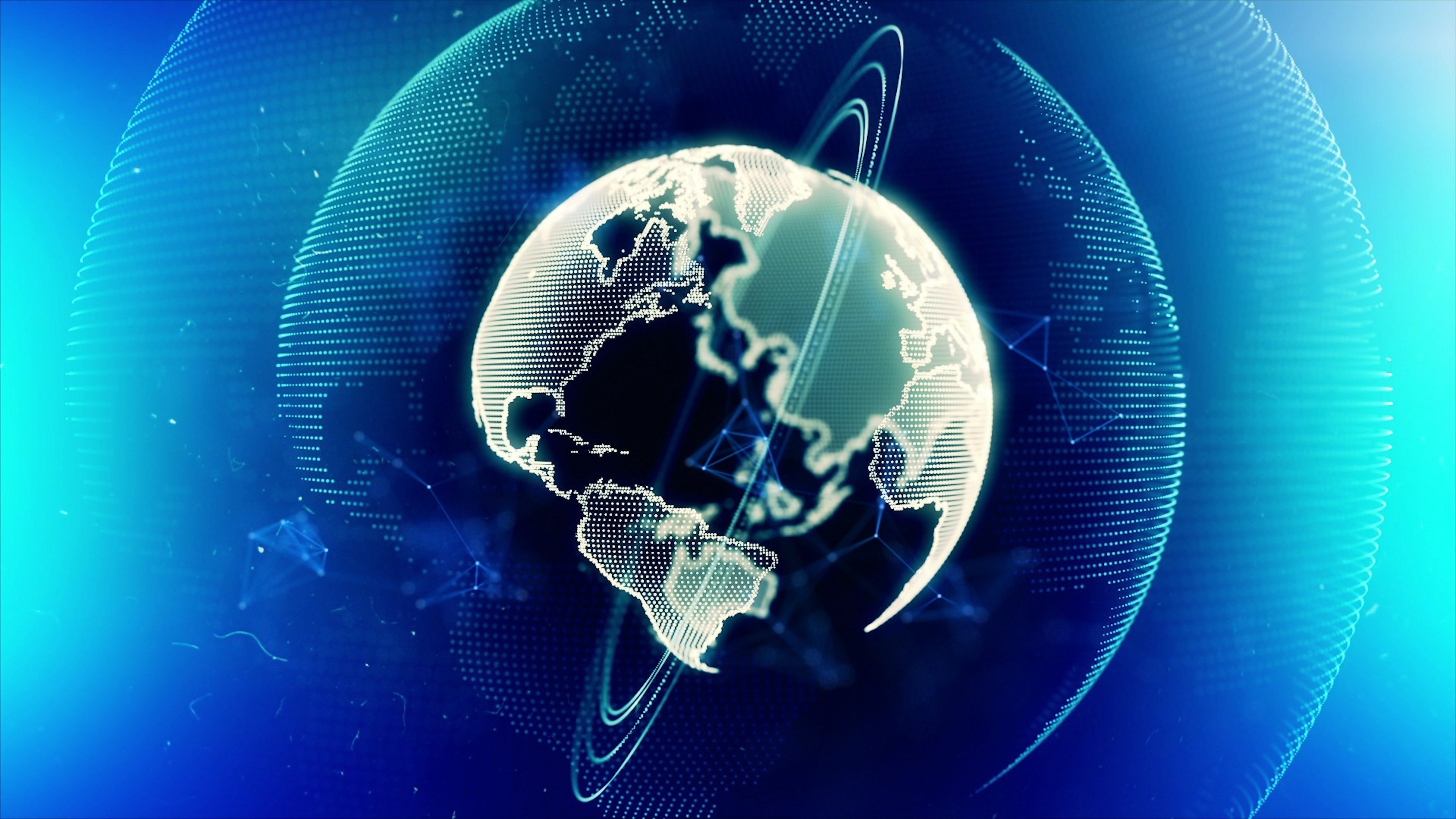 The future is now

The speed at which technology is evolving and changing every aspect of our lives is astounding. Think about it. As futurist Thomas Frey has pointed out, before 2007, our phones were…phones! They did not have the ability to stream every song in the known universe or tell us how to beat traffic on the way to the mall. And now? Your phone does everything. You use it to monitor and control your finances. It keeps you entertained in myriad ways. It checks your heart rate, how many steps you took today, and so much more.

In fact, many things that were once solely the dreams of science-fiction writers or only existed in episodes of The Jetsons are now basic parts of our everyday lives. Take a look at some of the crazy futuristic things that actually exist right now. And while you’re at it, check out these other products that will become “smart” in 2020. 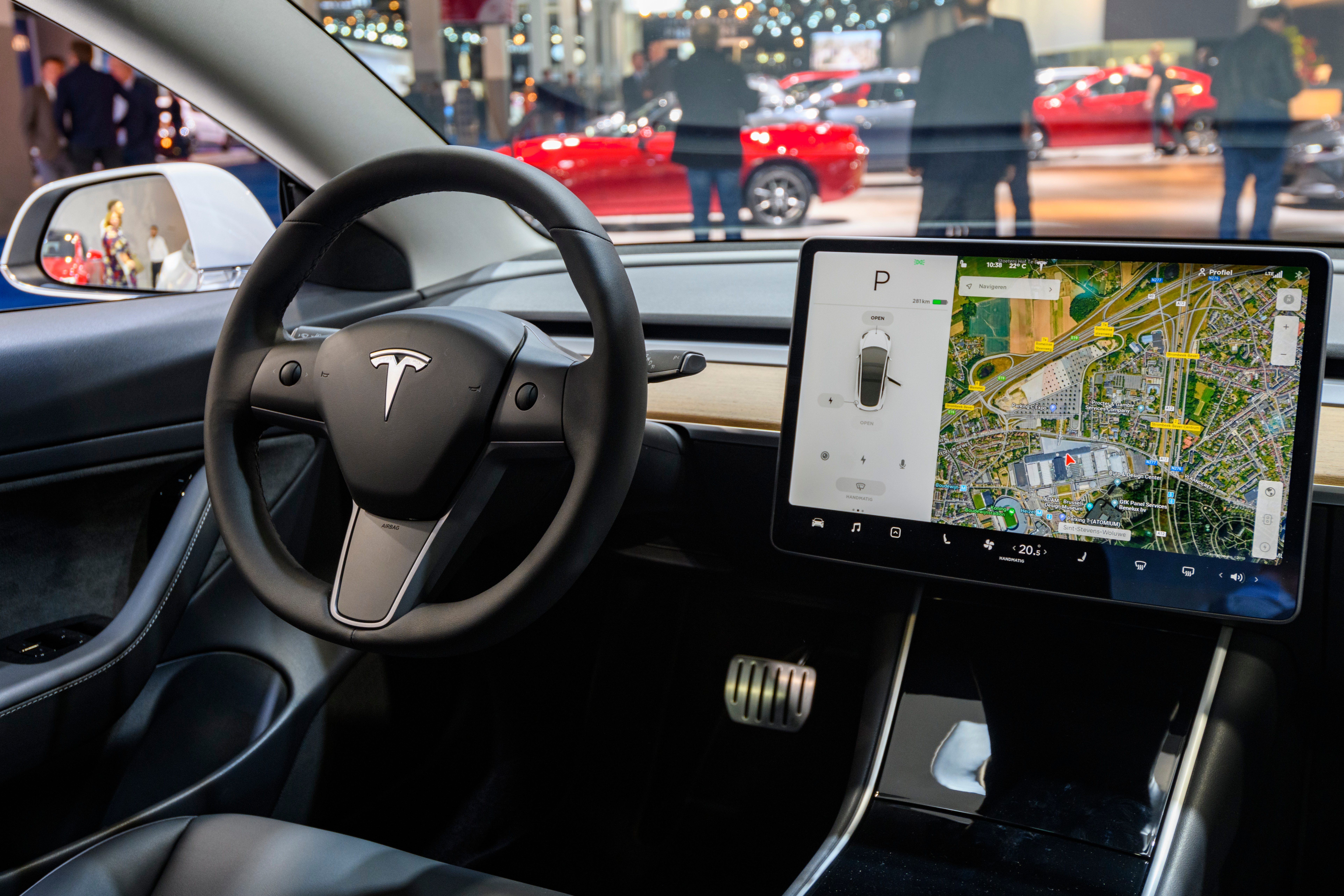 As reported by The Motley Fool, many cars on the road come with technology like lane correction, potential collision detection, and automated parking. And Elon Musk’s Tesla vehicles take things up several notches with assisted-driving features like lane centering and adaptive cruise control. Of course, that’s just the beginning. Business Insider reports that 55 companies, including Uber and Waymo, have permits to test Autonomous Vehicles just in California alone.

But as far as we’ve come with this technology, Matthew Johnson-Roberson, cofounder of Refraction AI, told CNN that there are significant challenges preventing self-driving cars and trucks from taking over the roads at the moment. There have been accidents and malfunctions, and these vehicles’ sensors struggle in bad weather. Plus, they “lack the human touch to smoothly navigate four-way stops and merge into traffic,” he notes.

So, we’re getting there with self-driving cars, but to all you teenagers out there: You’re still going to have to practice those three-point turns to pass your driver’s test. And if you’re looking for an affordable option in the meantime, here are some of the best car deals you can get for under $18,000. 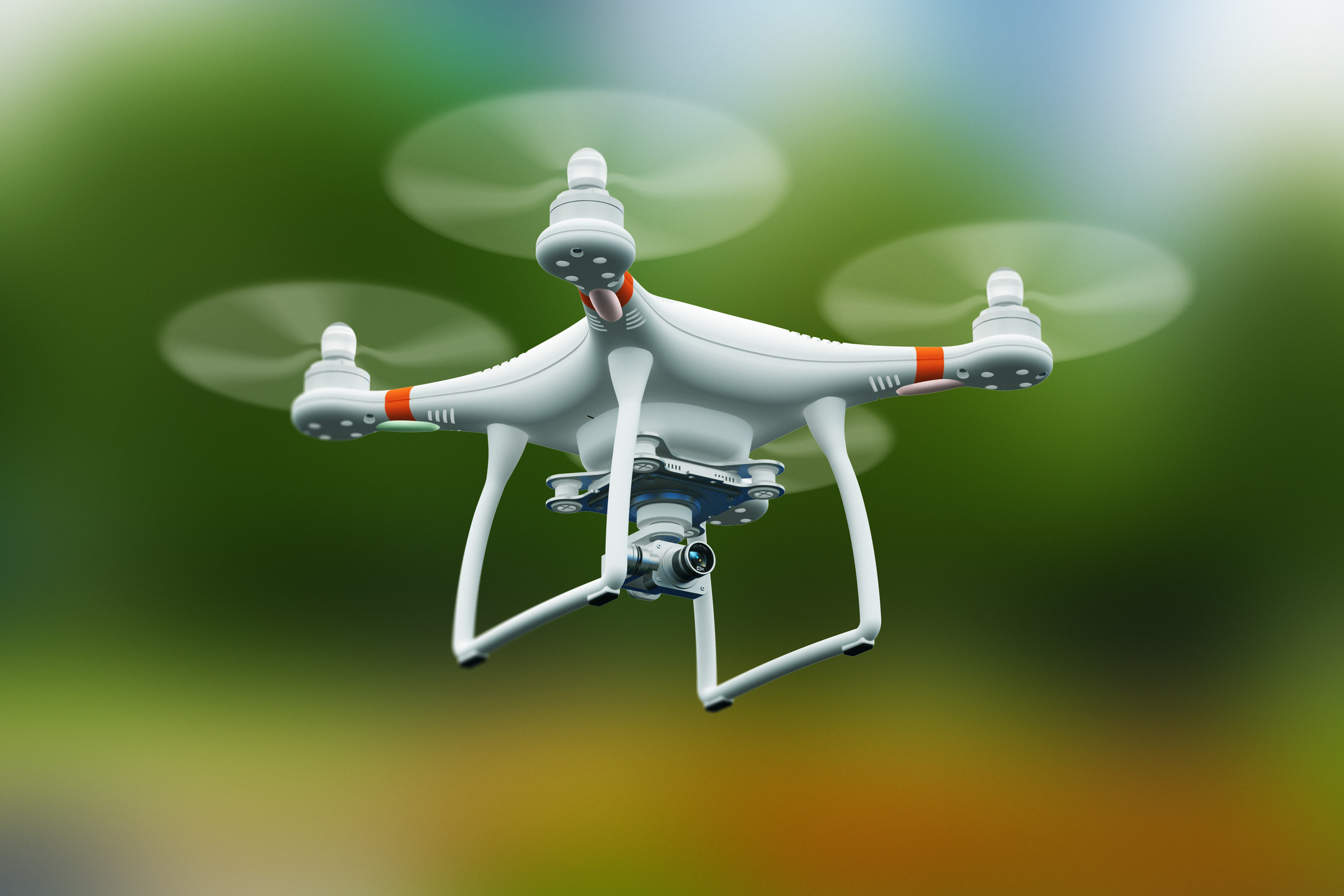 Unmanned flying machines that can fly places that humans can’t access (or don’t want to be seen accessing) are being utilized to an amazing extent, and the experts at Robotics Business Review say that “we are only scratching the surface of their potential.”

“While drones have been around for a few years, algorithms and programming are only just now starting to catch up to drone capabilities, presenting exciting possibilities—not only for the next 12 months but the next decade,” writes Steven Fargo, the CEO of DataWing Global. Everything from fighting wars to fighting fires to checking in on remote areas of a vineyard are aided greatly by these eyes in the sky. In fact, these are 5 incredible ways drones are helping save lives. “Drone technology has the ability to map out many data points, so collating these accurately and quickly is exciting,” he explains. “The next few years will be all about connecting the information dots to quickly present a full picture.”

And the average person can buy a drone at a surprisingly affordable price, though, of course, a device’s capabilities often increase as the price goes up. 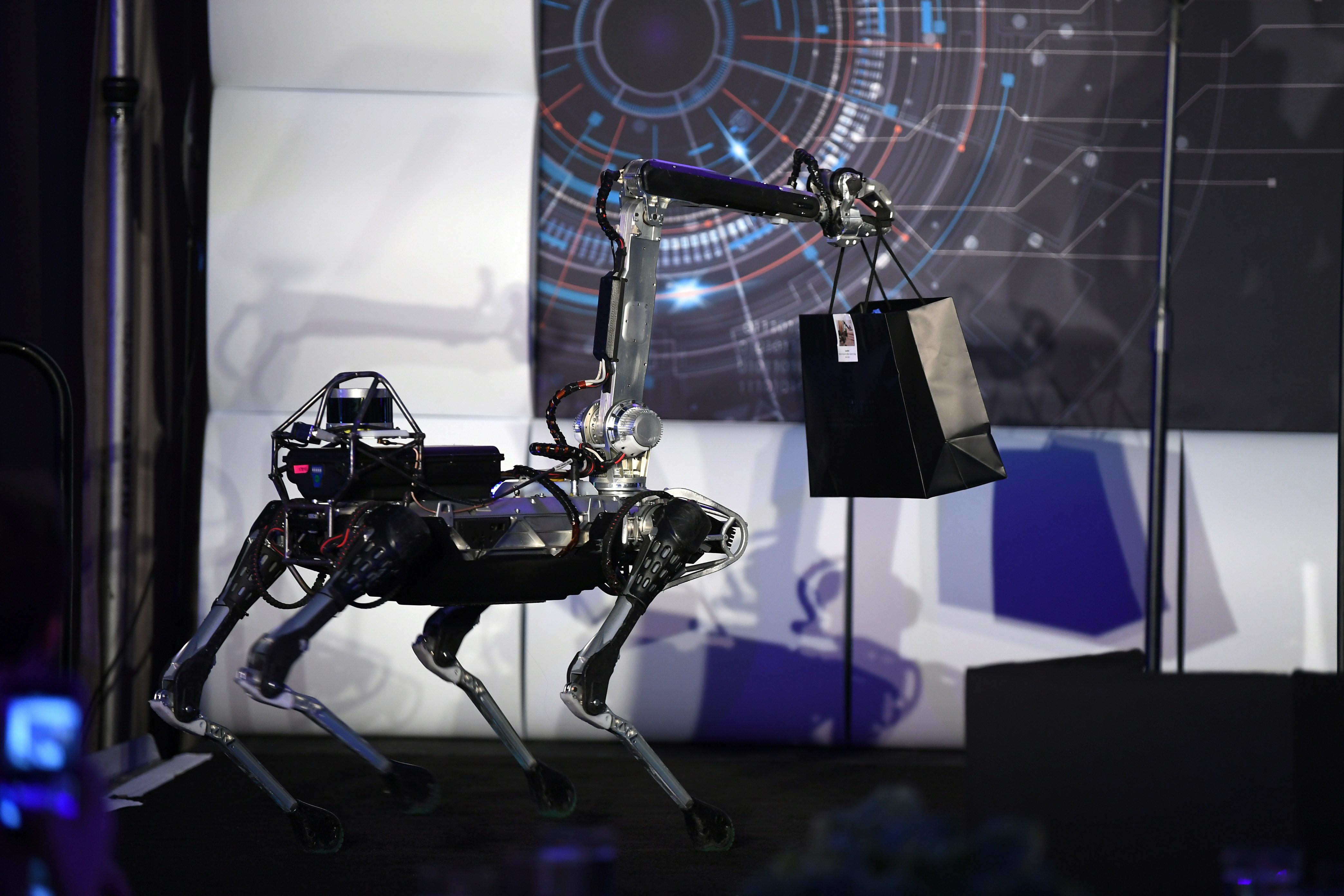 Leading robotics builders Boston Dynamics got everyone’s attention with their YouTube videos of Spot, a semi-autonomous dog-like robot that can see in 360 degrees and navigate rough terrain. Its top speed is 3.5 mph, according to The Robot Report, and it can run for 90 minutes on a single charge. Spot was originally developed to aid humans in combat, and the Massachusetts State Police is the first law enforcement agency in America to use Spot in the field, raising a few red flags for civil-rights advocates, says WBUR News. In slightly friendlier news: In South Korea, helpful robots greet you at the airport gate! 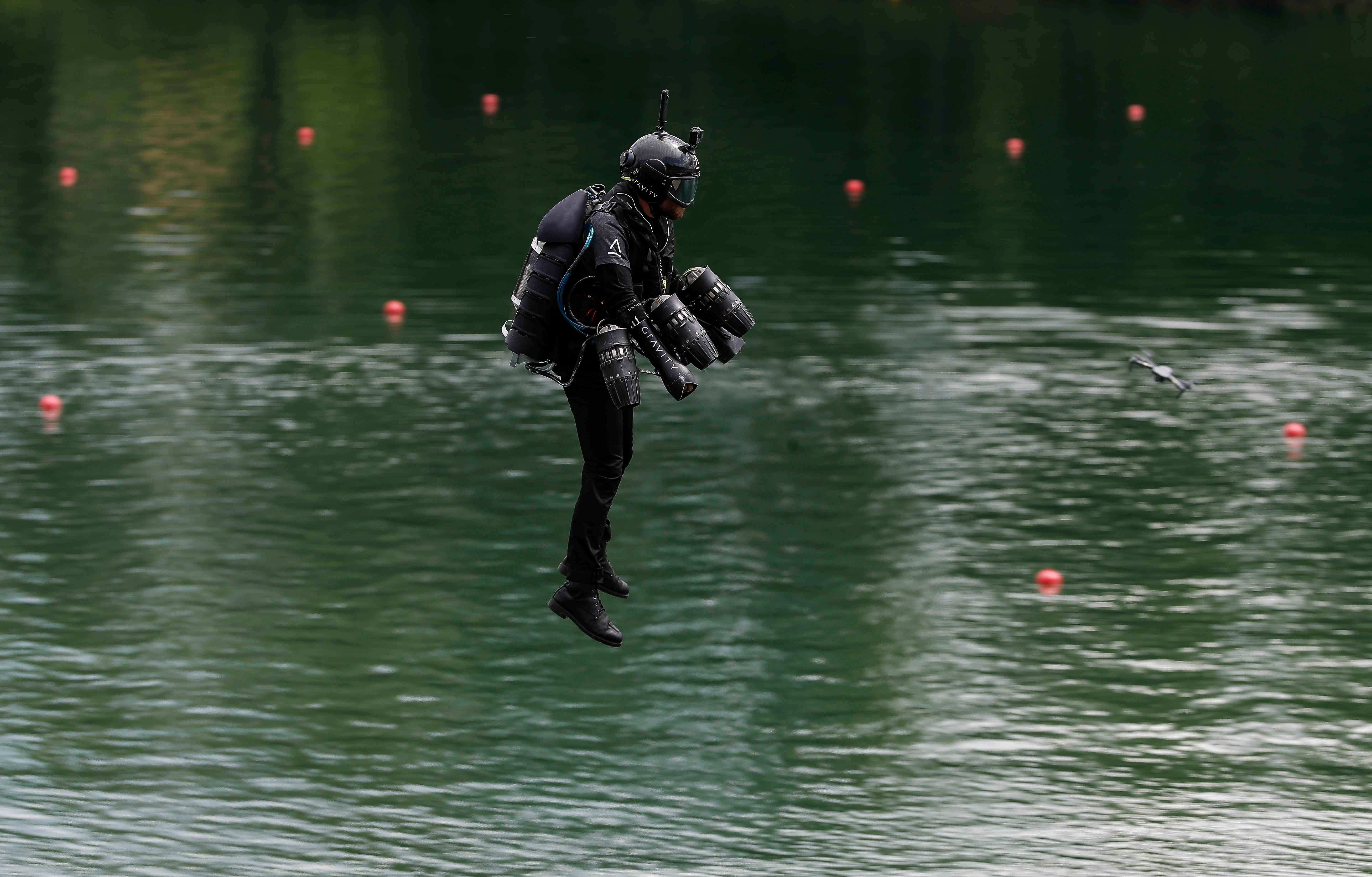 How awesome would it be to fly like Iron Man? Ask Richard Browning, a British inventor who broke the Guinness World Record for the fastest speed in a body-controlled, jet-engine-powered suit. Browning built his suit using 3-D printed parts and five jet engines. It travels at speeds of 32 miles per hour and goes as high as 12,000 feet. No word on how it would hold up in a battle with Thanos, though. Check out these 16 new world records for 2019. 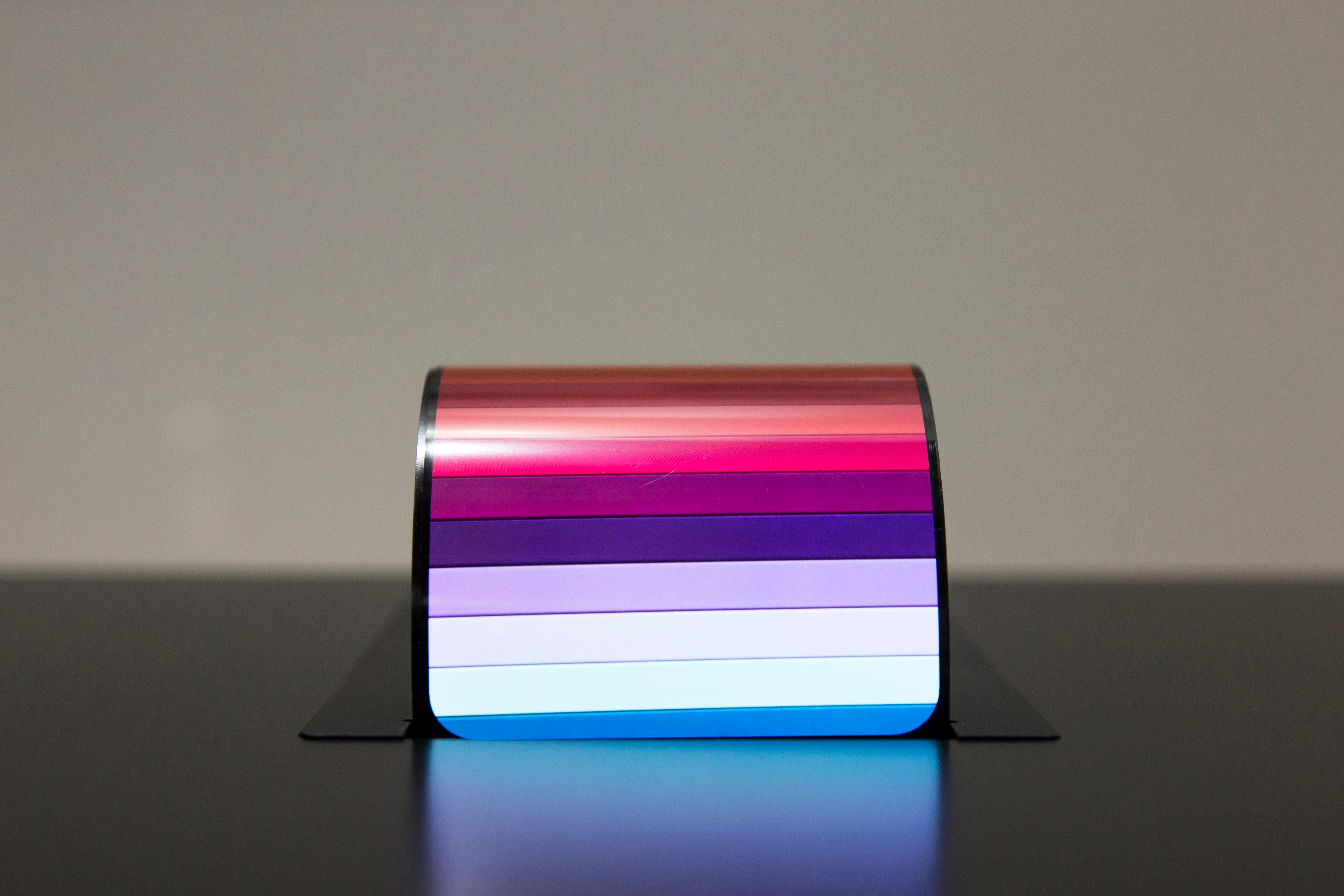 Anyone who has ever dropped their phone and picked it up to find finger-shredding cracks spidering across the screen has dreamed of shatterproof displays that can bend and fold. Well, that day is here! Flexible OLED displays can be found on a number of devices right now. Here’s how the technology works, according to HowtoGeek.com: “Organic light-emitting diode displays (aka OLED displays) work by pulsing electricity through a mesh of organic compounds. They are extremely thin, flexible, and vivid. They don’t require a backlight, and they can produce bolder colors than thick LED displays.” Here are a few of the phones and TVs that feature this tech that you can buy right now. 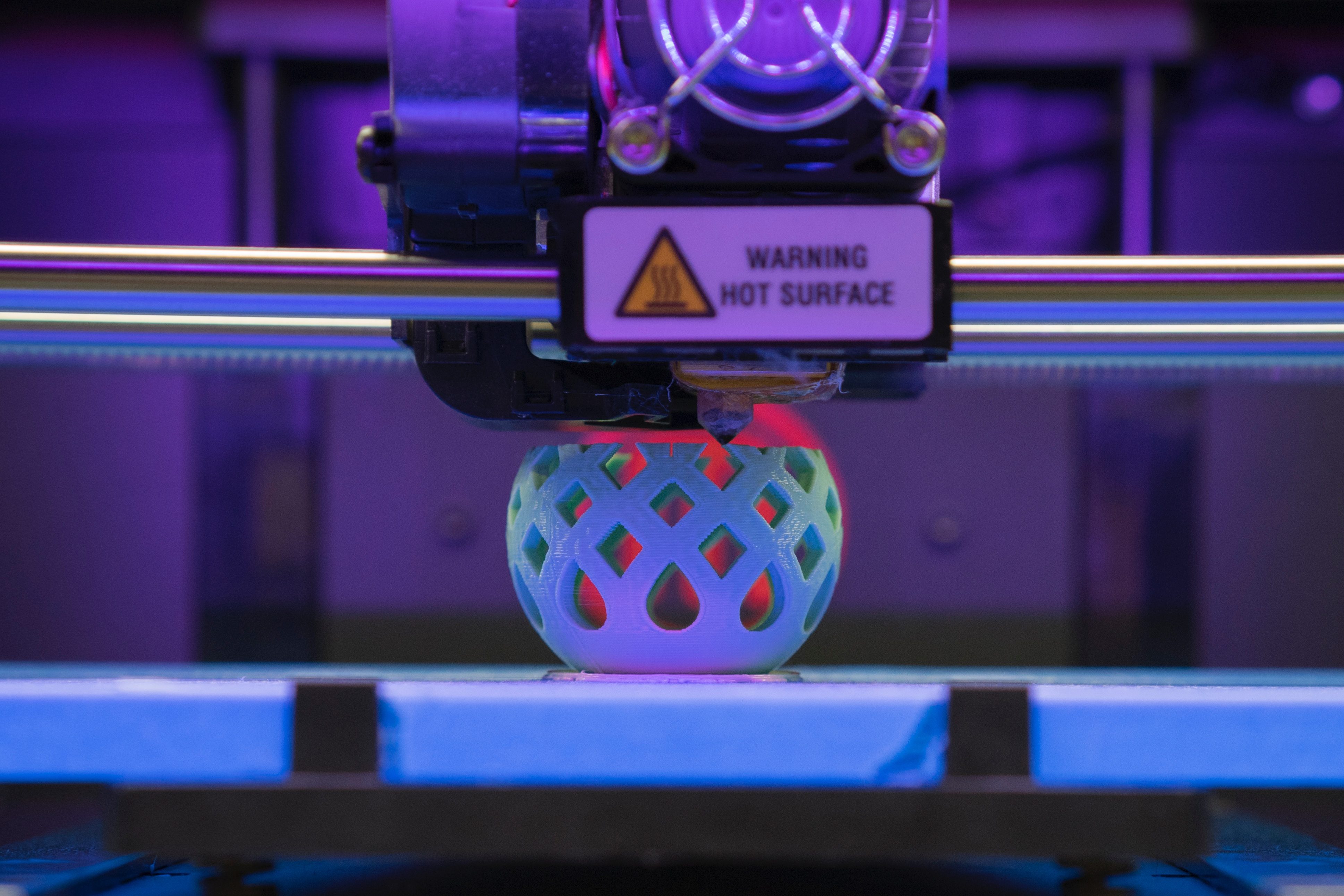 In days gone by, if you lost a piece of your toy or board game, you had to beg your parents for a new one or use a checker to substitute for the hat when playing Monopoly. Now, printing replacement parts for toys is, well, child’s play compared to what 3-D printers can do. These days, everything from prosthetic limbs to innovative building materials to entire houses are being created with 3-D printers. And these are another 20 of the coolest things ever made with a 3-D printer. 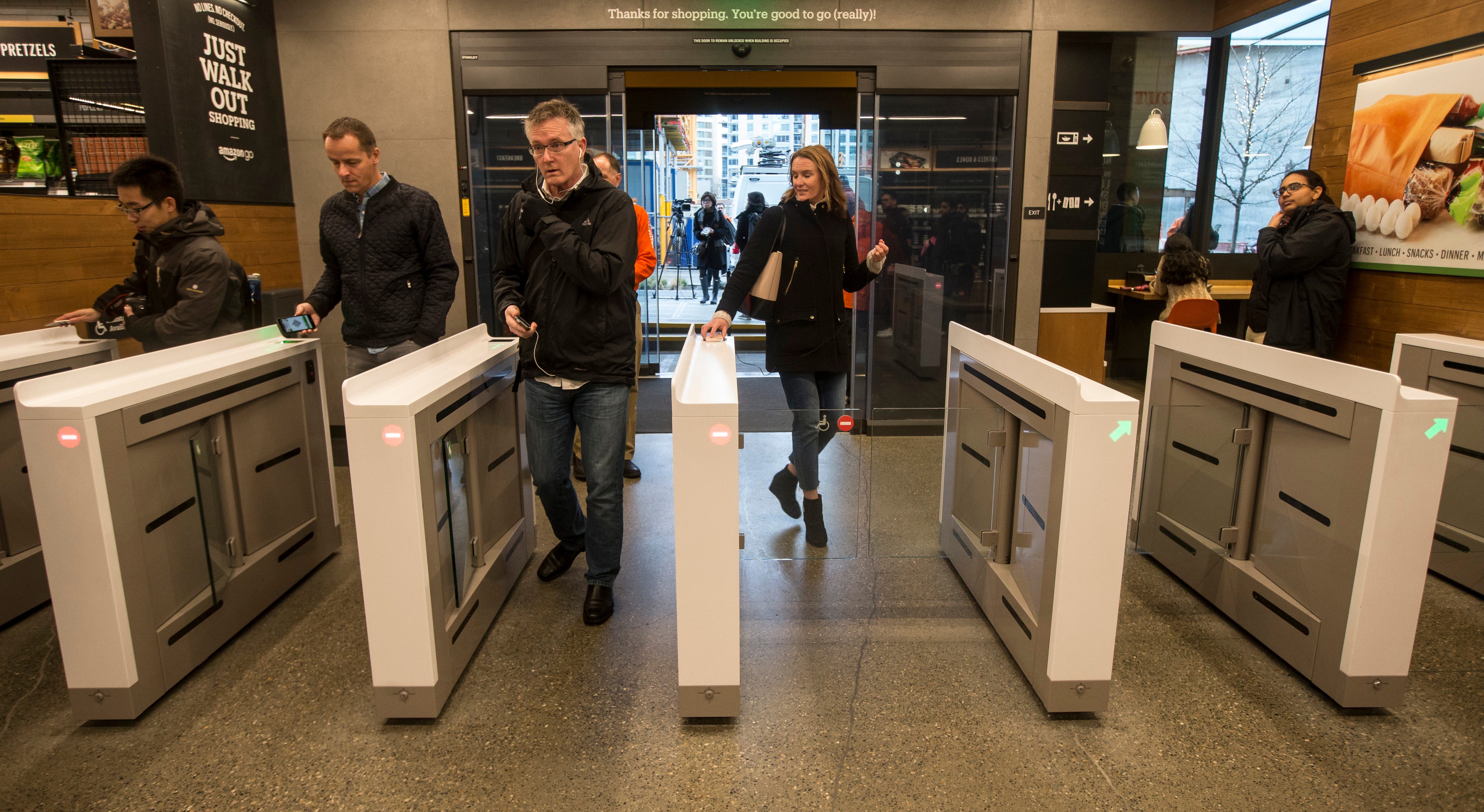 A world without checkout lines? Maybe the future isn’t so bleak after all! Amazon Go stores, which allow people to shop without cashiers or checkout, are expanding across the United States, according to a report from CNBC. These shops utilize technology that allows customers to grab what they want and just leave. They are sent a receipt via the Amazon Go app. Bad news for shoplifters and people who secretly love to read the tabloids while waiting in line at the grocery store checkout. 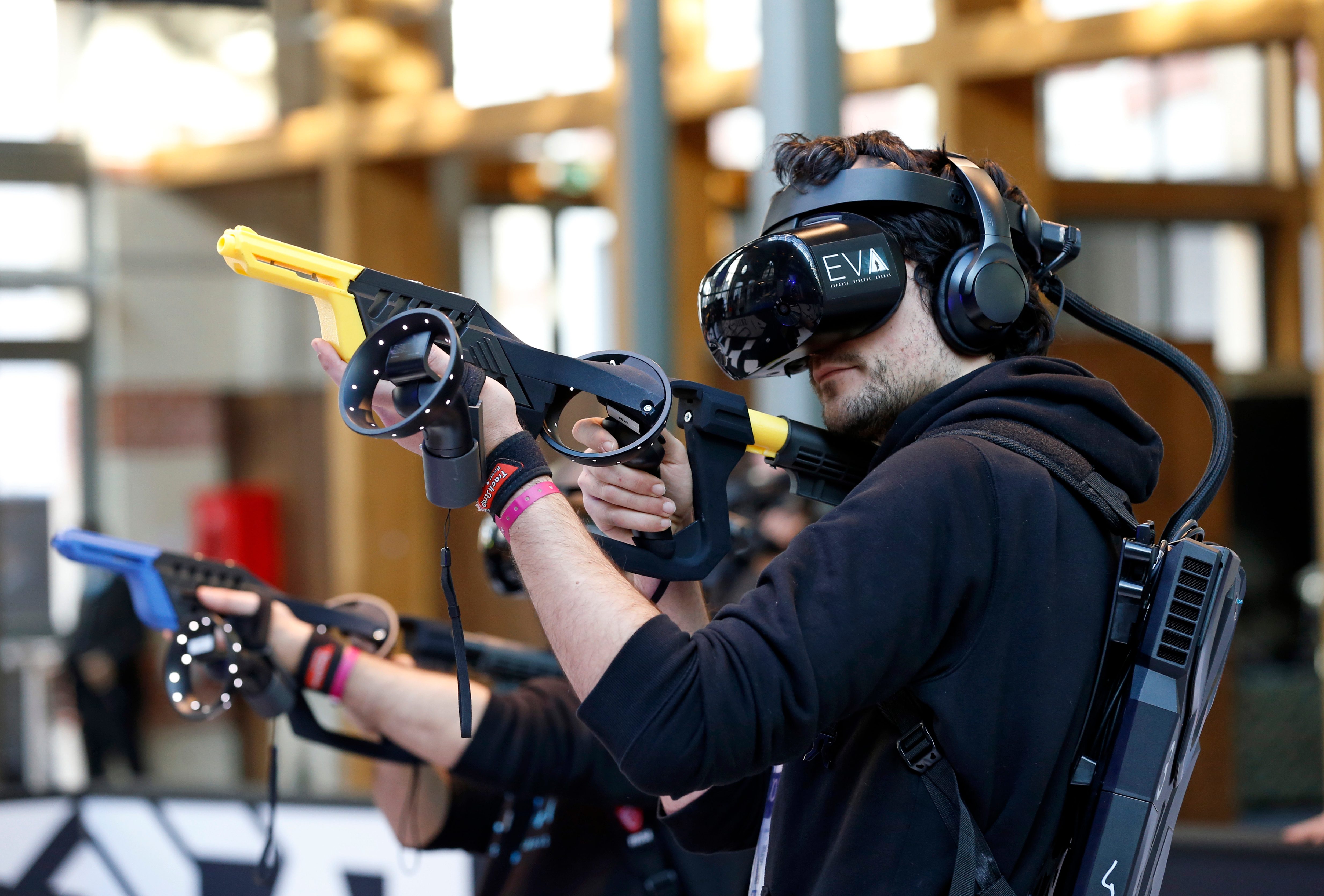 Travel the world without ever leaving your couch. Despite some early hiccups with the wearability of VR headsets, brands like the Oculus Go that offer fully immersive, hyper-realistic video displays are finally hitting their stride. Wearers can become one with their entertainment and learning. The applications are seemingly limitless, from allowing doctors to train for experimental surgery to having military and law enforcement safely experience dangerous situations to putting fans inside of their favorite gaming universes. Don’t miss these other cool tech products you’ll want to buy this year. 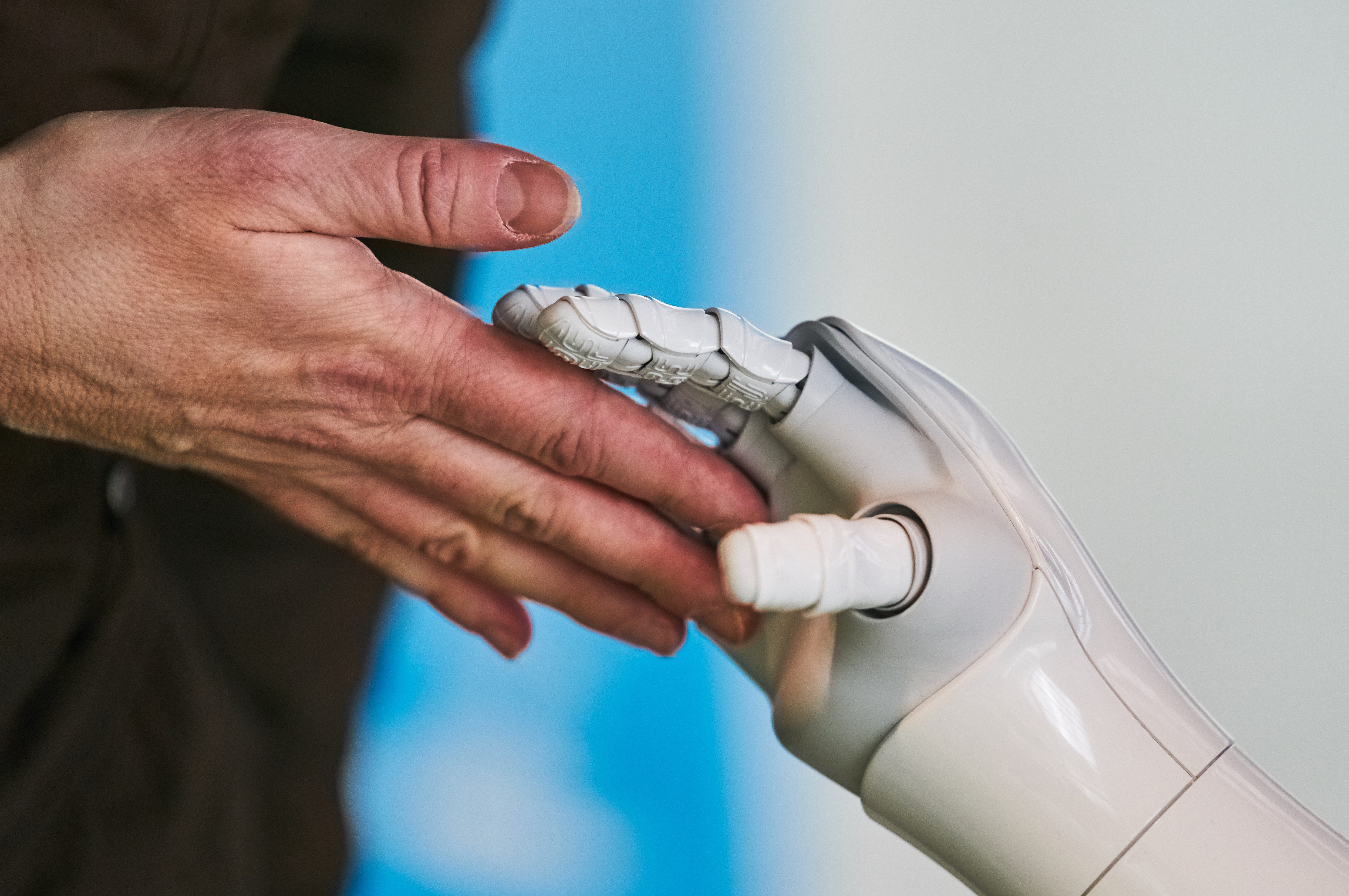 For the man who really, really, really loves gadgets, Robot Companion builds and sells AI-powered sex robots for around $4,500. The makers say that they have “combined the best features of the female mind and body to bring you a Humanoid Experience like none other on this earth.” They continue: “All of our AI Robot Companion Sex Dolls come with internal heating of 37 degrees Celsius. This means not only can you enjoy their sexuality, but you can also connect with her on a human intimate level.” Creeped out yet? Thought so. Let’s move on. 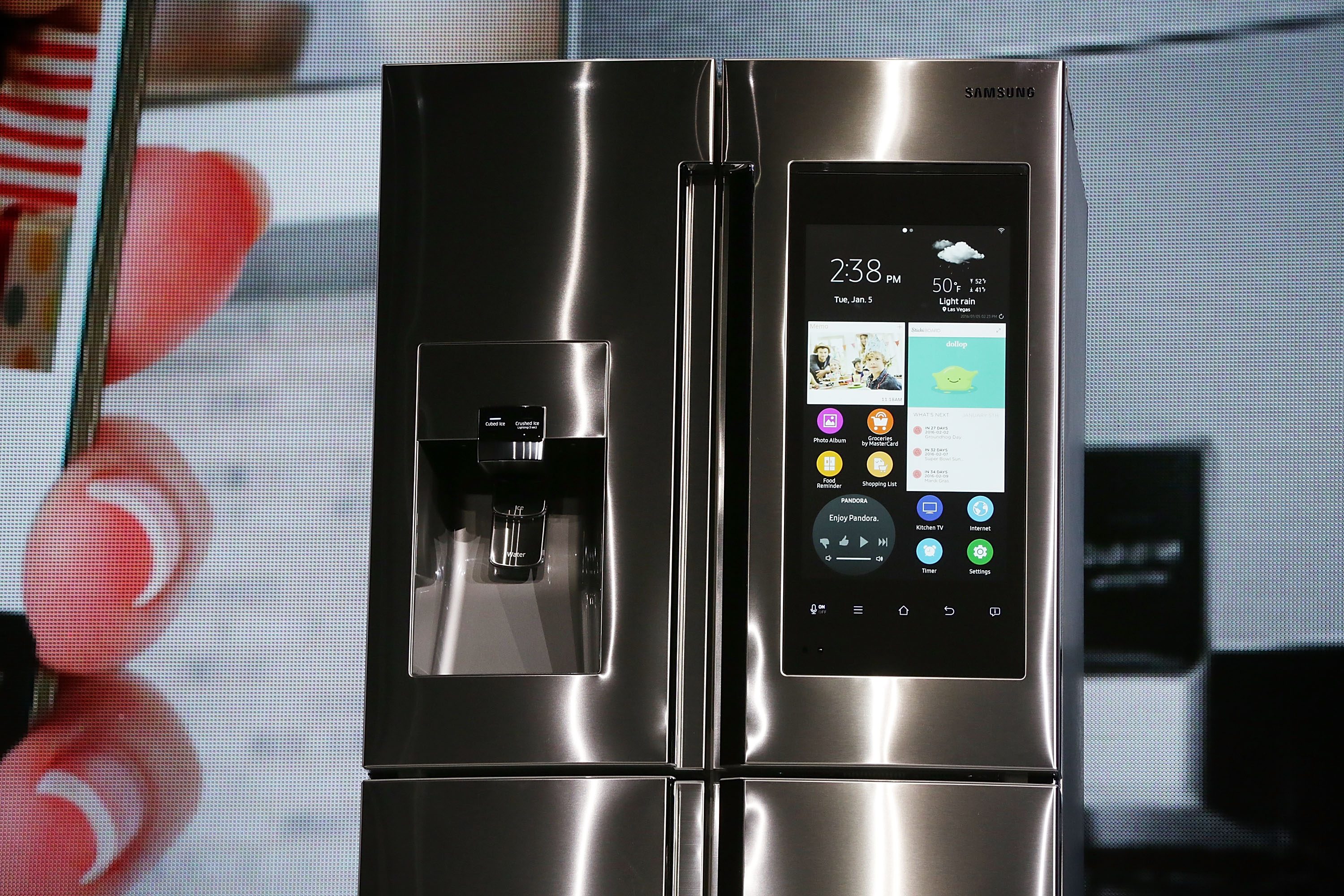 Refrigerators you can talk to

Not too long ago, the ability to find a recipe with your computer was mind-blowing enough. Now, basically everything in our kitchens—from meat thermometers to refrigerators to slow cookers—are connected to the Internet and can be controlled from afar. Here are just a few of the Jetsons-level futuristic things that Samsung’s Family Hub fridge can do: “Use your voice to add items to your shopping lists. See inside from anywhere with 3 built-in cameras. Automatically assign expiration notifications and nutritional information to make sure everything is healthy and fresh. Plan a meal based on what foods are available inside your refrigerator. Save money with weekly deals and load coupons directly to your loyalty card. Use Grubhub to order your favorite food in a single click.” Now you really have no excuse not to eat right in the new year. Here are some other amazing kitchen gadgets you’ll wish you had years ago. 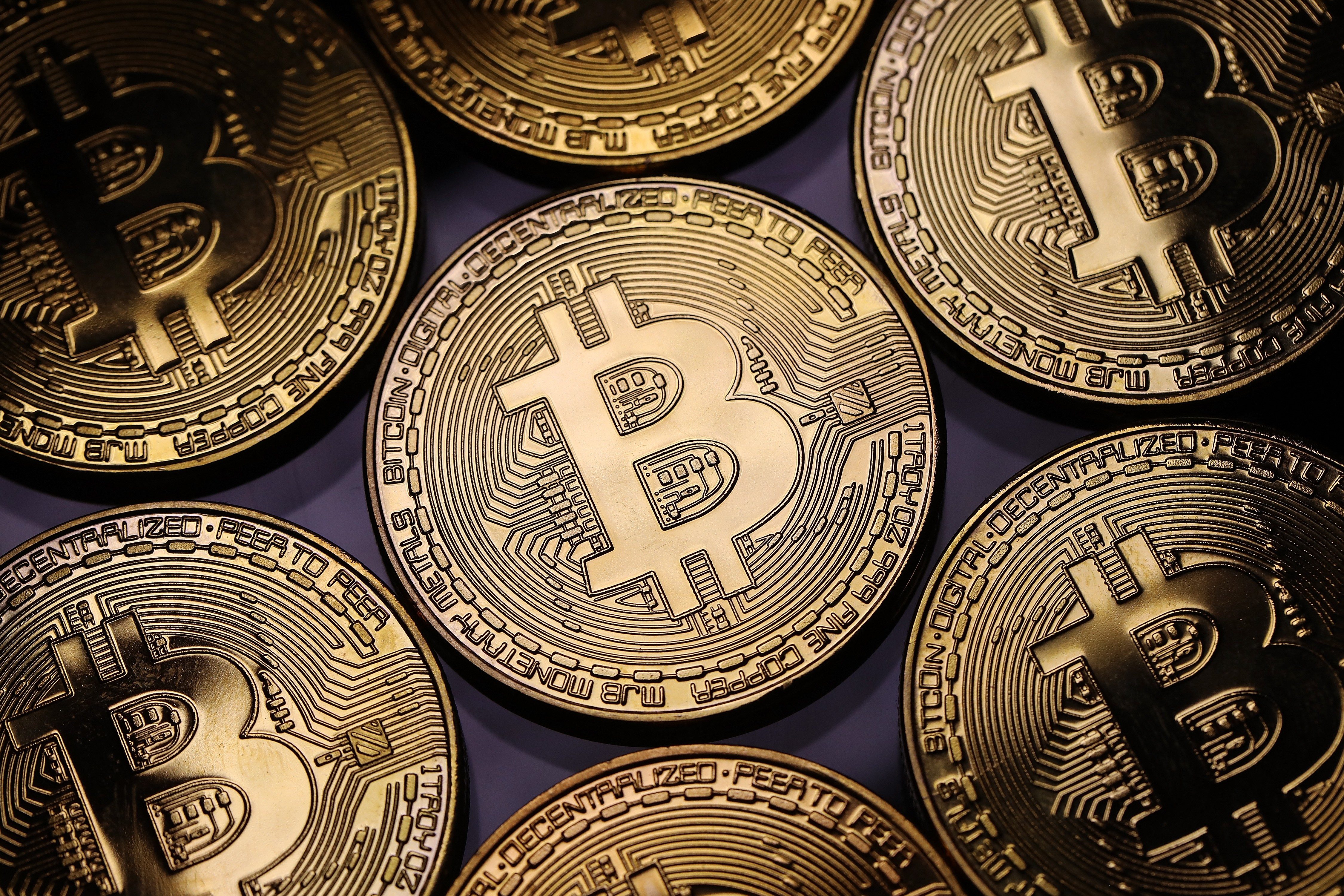 Bitcoin may have dropped considerably from being valued at more than $20,000 two years ago, but it is far from dead. Bitcoin and cryptocurrency markets recently hit the $7,000 per bitcoin mark, and billionaire venture capitalist Tim Draper has publicly predicted that Bitcoin will reach $250,000 by early 2023.

All of that might have you asking: What is cryptocurrency, exactly? The folks at Nerd Wallet explain that “cryptocurrency is a form of payment that can be exchanged online for goods and services.” It works using a technology called blockchain, which is defined as “a decentralized technology spread across many computers that manages and records transactions.” Many believe that cryptocurrencies are the currencies of the future, says Nerd Wallet, which is why the value has been seen to skyrocket, as people try to get in before it peaks. 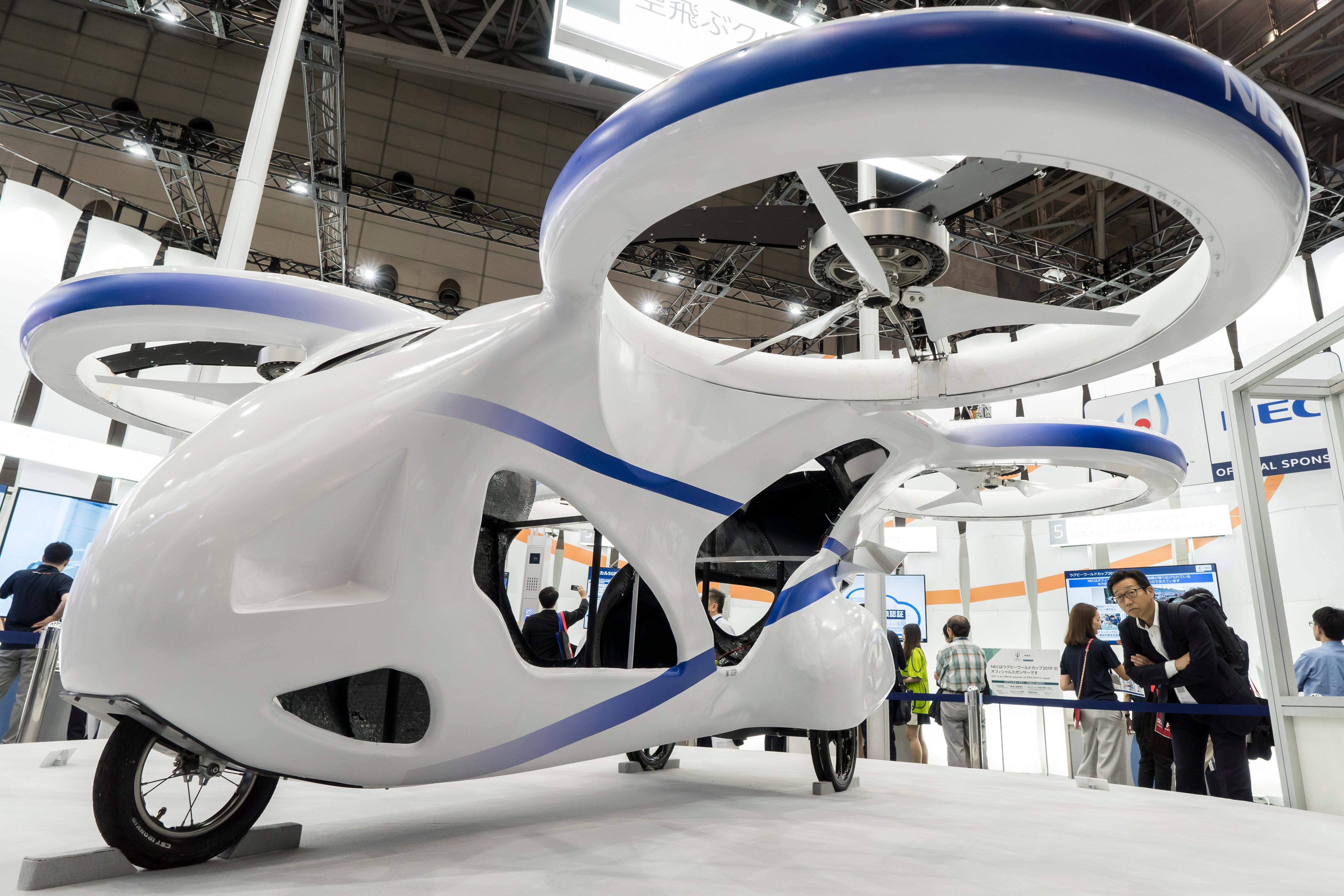 Finally, the one we’ve all been waiting for is here: flying cars! USA Today reports that Porsche and Boeing have teamed up to develop a flying car and estimate that commercial passenger drones will hit the market around 2025. Plenty of time to save up for their expected $1.3 million price tag. Next, check out these predictions that didn’t come true in 2019.