How to Get a Job Right After Graduation, According to 9 People Who Did

What does it take to actually get hired? We got the intel from new grads who managed to land great jobs right after receiving their diplomas. 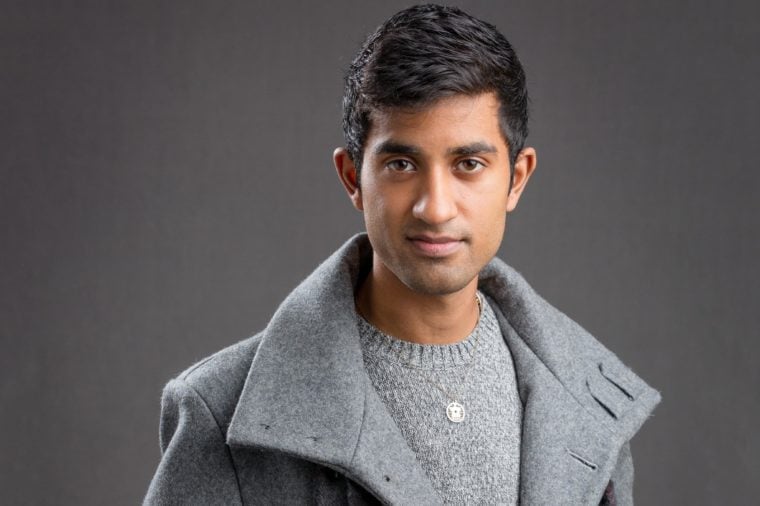 Start early and keep your eyes on the prize

Before he began his senior year at Cornell University, Nihar Suthar was already gunning for a job at Roland Berger, a global management consulting firm. Suthar made it a point to connect with employees at the firm and schedule informational interviews with anyone who was willing to talk to him. By the time he applied for the job, many people at the firm were already familiar with his name and qualifications, and when he interviewed, he had in-house allies who could put in a good word. To no one’s surprise, Suthar landed the job. Make sure you’re not making these common mistakes of first-time job hunters. 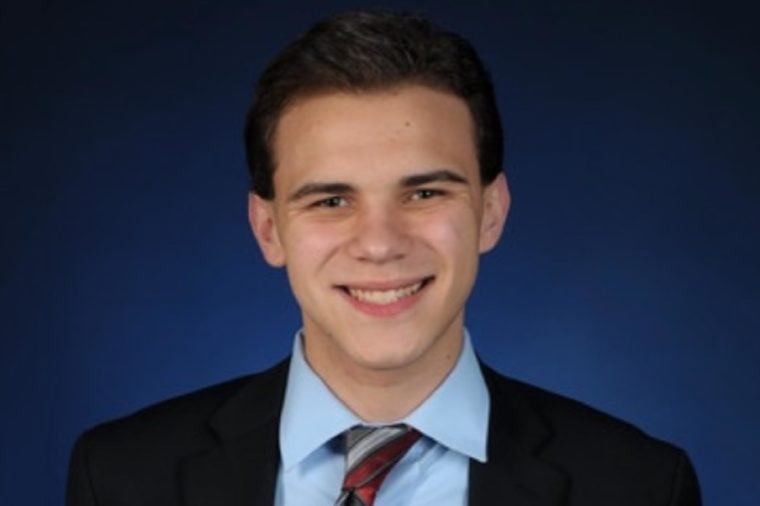 Be persistent and patient

Luke Vellotti was on a math scholarship at the University of California, Los Angeles (UCLA), when he began taking computer science classes, eventually double majoring in math and computer science, and formulated a dream of working at Google. When his first application for an internship at the Internet giant was rejected, he didn’t let it stop him. He next applied to be the Student Ambassador for Google at UCLA. “I put a lot of effort into this, including making a short video, but again was rejected,” he says. But he persisted. “I started entering coding contests and hackathons, worked hard in my computer science classes, and kept updating and improving my LinkedIn profile.”

Finally, early on in Vellotti’s senior year, a Google recruiter took notice of his LinkedIn profile and contacted him through the networking site. After passing an online coding test and undergoing a technical phone interview with an engineer, Vellotti was flown out to their headquarters for a day of in-person interviews. “The on-campus interviews are very challenging because they are all purely technical and they require you to code on a whiteboard, which is much more difficult than writing code on a computer,” he says. But Vellotti had spent years preparing for this opportunity, which might not have been the case had he gotten that first internship for which he applied. A few weeks after the all-day interviews, he received an offer from Google for his dream job in the field of software engineering. He accepted it, of course, and now works at the “Googleplex” in Mountain View, California. Learn about the LinkedIn tips that could make or break your chances of getting a job. 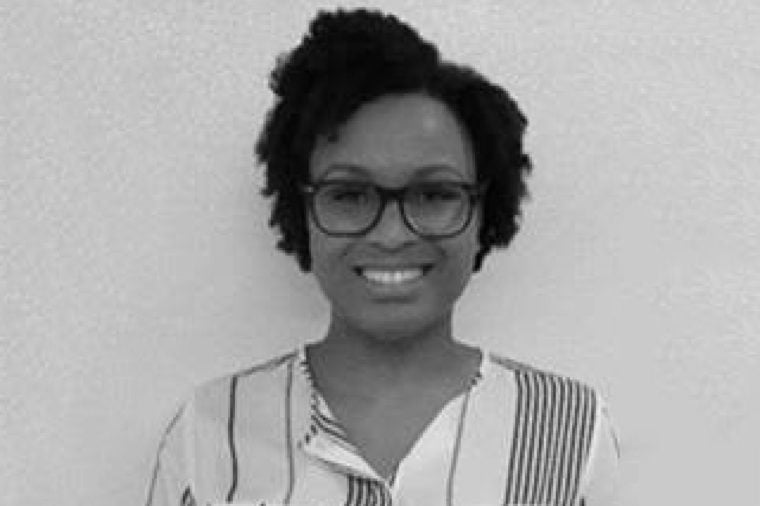 Make the most of your college’s placement resources

As a junior at Adelphi University, Olivia Autry participated in its on-campus recruitment program and landed a summer internship with Grant Thornton, a large accounting and advisory organization. Autry’s internship was in the audit group, and she “absolutely loved it.” During her exit interview, she inquired about other opportunities and was told she’d be notified if anything opened up. It took a few months, during which Autry began to wonder if anything would ever happen. Then in November, the company offered Autry a year-round internship. That position led to others within the company and, finally, after she took a break to complete her master’s in business, a full-time position with the company. “It has been an absolute blessing to land an internship and subsequent full-time position with such a great firm and wonderful people from whom I have already learned so much,” Autry says, recognizing the integral role that Adelphi and their career placement resources played in getting her to where she is. 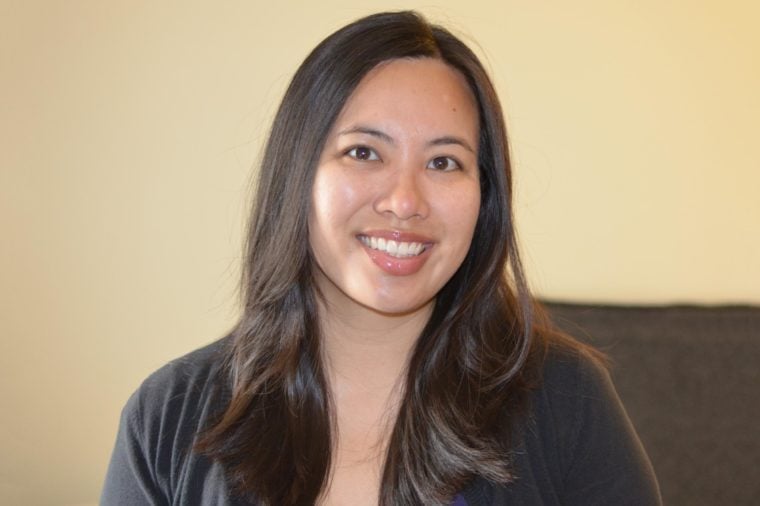 Explore all your options to find what fits

When Crystal Lee was an undergraduate psychology major at UCLA, she made it her business to try both research and clinical work. Her first foray was in research, which she soon realized didn’t fit with her social nature. “I love connecting with people and being able to directly see how my actions contribute to someone’s growth,” she says. But when she landed an internship at her university’s neuropsychiatric hospital, working as a behavior therapist, it felt like a perfect fit. That internship lasted for the next three years, during which Lee continued her studies but treated the internship like it was her career. It all paid off because Lee was offered a permanent position before she even graduated. “Exploring options while in college is so important,” Lee says. “If I hadn’t tried both research and clinical work, I wouldn’t have known which one was truly a better fit for me.” 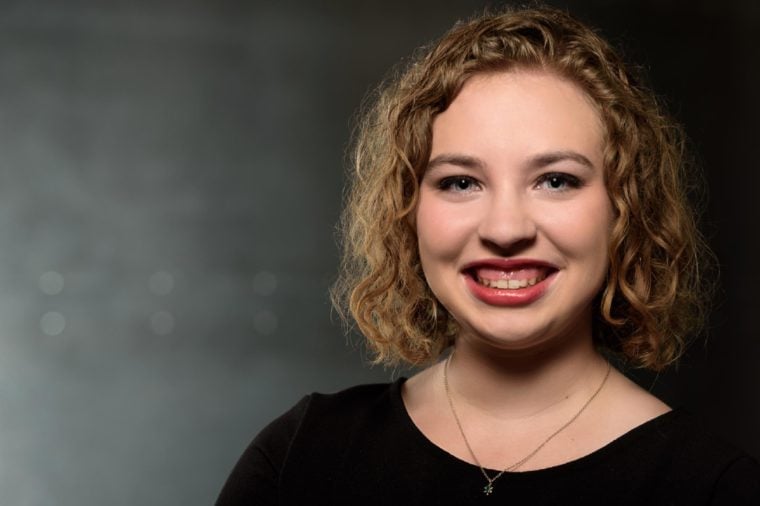 Not all internships have to be at your “dream job,” advises Sammi Coppedge, who entered college firmly believing that if she wanted to land a killer job following graduation, she’d have to hold multiple internships over the course of her college years—as many as she could, in fact. “Not all my internships were directly in line with my end goal,” Coppedge explains, but what they all had in common was that they built fundamental skills to prepare her for her dream job with a PR agency. Although Coppedge had multiple internships during her college years, it was during the summer of her junior year of college that she landed an internship with the PR agency where she now works full-time. “Once I got there, I knew it was exactly what I wanted to do with my life,” Coppedge says. Motivated by the possibility of turning her dream internship into a full-time job after graduation, she worked as hard as she could, keeping several mantras in mind: Never turn down a project, always ask questions, and get to know colleagues outside the workplace.

When the summer was over, Coppedge let her supervisor know that she wished to continue interning into the fall semester, and her supervisor thought it was a great idea. The fall internship led to a spring internship and ultimately an offer for full-time employment following graduation. These are the tips that’ll help you build confidence before a job interview. 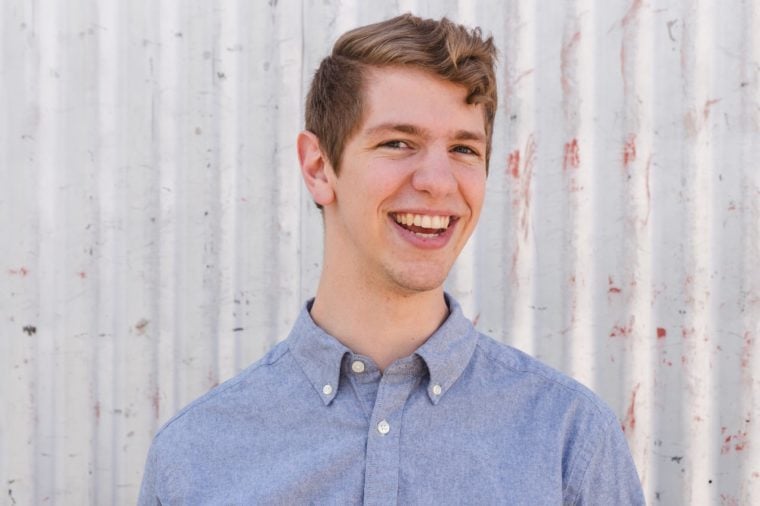 Be willing to venture outside your comfort zone

During Jim Hampton’s last semester, his former internship turned into an interim position as the company looked for a full-time replacement for a recently vacated position. “These unique circumstances gave me the opportunity to do work that an intern wouldn’t normally be trusted to do,” Hampton explains. There was no room for fear; he just plowed ahead and did what was asked, and he believes that this gave him precisely the “edge” that he needed in the job market when it came time for him to land his first post-graduation job.

As it turned out, Hampton interviewed for a job that called for two to five years of experience (which new graduates don’t typically have). Hampton was able to sell himself as someone who was capable of venturing outside his comfort zone, and his previous colleagues confirmed this when asked for references. Ultimately, Hampton and his new employers came to an understanding: Hampton would receive a bit more instruction and mentorship than someone with the required experience would receive. But that has only benefited his professional development. As Hampton puts it, “I came out on top with a great first job and plenty of room for growth.” Learn the tips all new graduates need to know when they enter the job market. 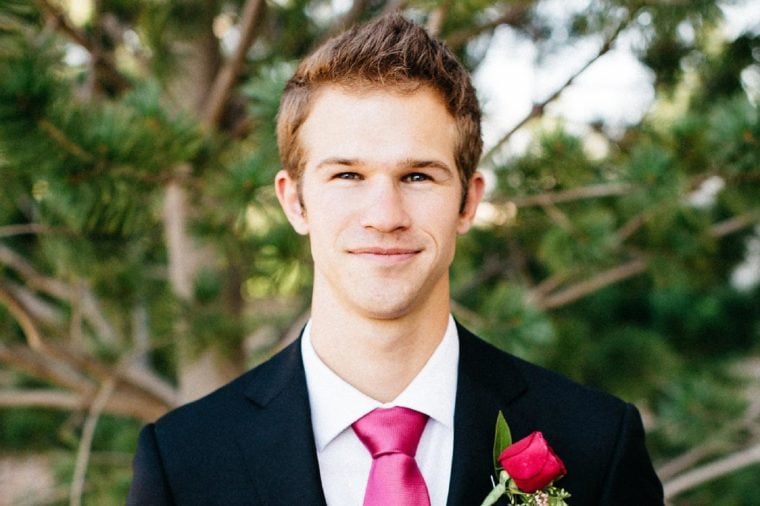 “In the months leading up to graduation, I did my research and found a company that I thought lined up well with my interests,” says Alec Sears, a graduate of Brigham Young University. He had a mutual friend introduce him to someone who worked at the company and reached out to find out how to get a job there. Sears asked the question that he highly recommends anyone looking to begin their career should ask professionals in their chosen field: “What can I do in the next six months to better prepare myself to work for you?”

Sears says that he took the advice he was given (to read up on his industry, create an online portfolio, and take relevant courses outside of college classes), and although ultimately this particular company turned out to not be a good fit, it was advice that he was able to use in his continuing job search, which he did through more networking. When he didn’t have a job a few weeks before graduation, he scrolled through his LinkedIn feed and saw a job posting for Clearlink that piqued his curiosity. Better yet, he was connected with a woman who worked there, who also happened to be a past guest speaker from one of his classes. The opportunity stood out to Sears. So did the company. So Sears applied, and he attributes his success to the shared connection he had with his contact. Sears calls the entire experience a “roller coaster ride,” but it proved to him that networking works. These are the networking rules you need to land your dream job. 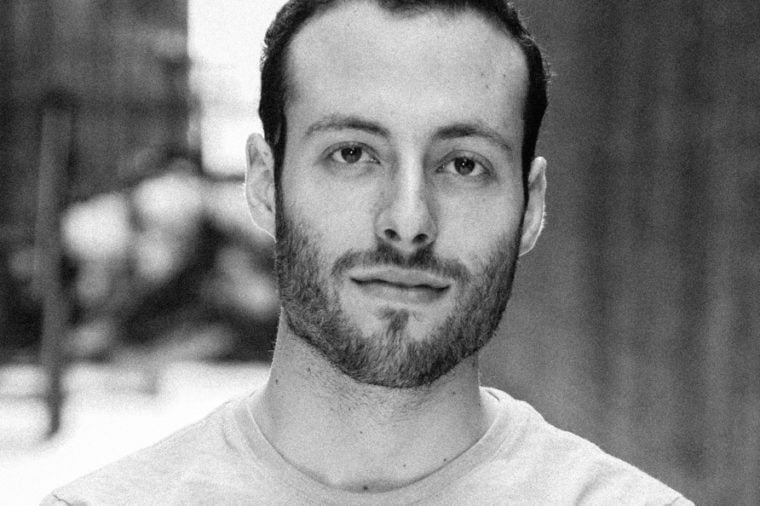 “The number one thing you can do to improve your chances for getting a job right out of college is to make sure your online presence makes you someone an employer would want to hire,” shares Ryan Erskine. At a bare minimum, he suggests scrubbing your social media profiles of embarrassing posts. And to go the extra mile to stand out to potential employers, it’s crucial to “build an impressive online footprint,” he says.

While working at an unfulfilling freelance position, Erskine built himself a website; however, it wasn’t until he applied for a job at BrandYourself that he came to realize that in building his website, he was actually building his own “brand.” As it turned out, Erskine’s website played an essential role in landing him an interview. “The head of HR had seen my website, was impressed by my portfolio page and blog, and felt compelled to reach out,” he says. The lesson Erskine learned is that the standard resume and cover letter are no longer enough. “Companies are looking for more information online and are actually making hiring decisions based on that additional information,” he says. These are the social media mistakes that can cost you the job. 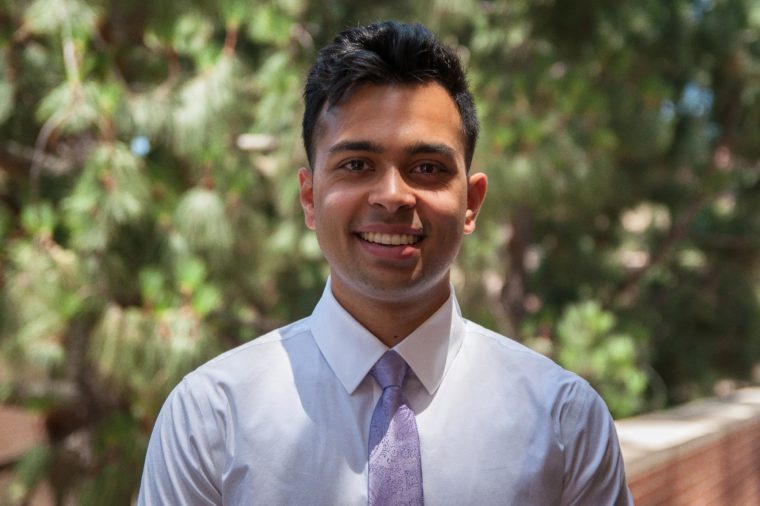 As an engineering major at UCLA, the competition for jobs was steep, and Aditya Kuroodi knew early on that he would have to do something to stand out among the competition. That’s how he came to join a student club called UCLA Racing (now known as Bruin Racing), a student engineering team composed of roughly 100 engineers of all types who gather together to build race cars. “While struggling to do laundry and learning how to hard boil eggs for the first time, we would try to build race cars on the side,” Kuroodi explains. “Senior members of the club would delegate small but fruitful tasks to the newbies. As we spent more time in the club we would receive more responsibilities.”

More importantly, being a part of the Racing community brought Kuroodi to the attention of the companies that sponsored his team. “I went to networking events hosted by Texas Instruments (TI), Boeing, and Northrop Grumman, as well as a special Elon Musk event for Tesla and SpaceX,” he says. Building on that, he attended career fairs hosted by UCLA and began to hone in on TI, which is where he interned and eventually received a full-time offer. “Through a series of fortunate circumstances and years of hard work for Racing,” Kuroodi says, “I was able to secure my first job almost an entire year before I graduated from UCLA. As a college senior.” And he attributes it largely to his identification with Racing—and UCLA as a whole. Next, find out how 10 successful people landed their dream jobs.