We could all learn a thing or two from Fred Rogers. 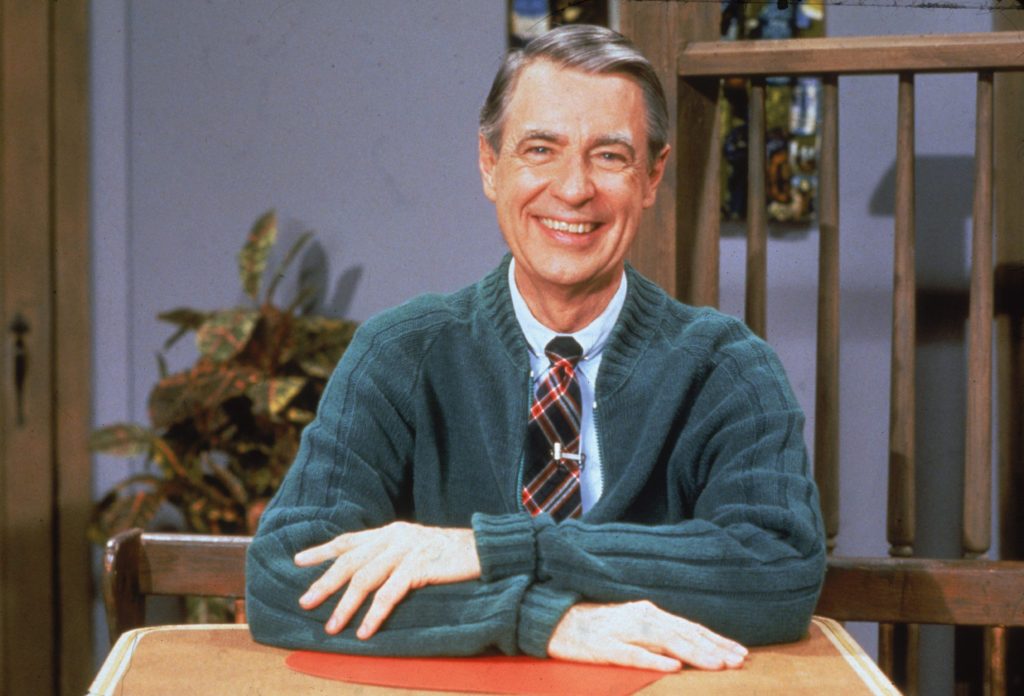 Fred Rogers, better known as Mr. Rogers from Mister Rogers’ Neighborhood, was idolized for his gentle ways of teaching children to be kind. Beginning in 1968 and concluding production in 2001, the show became a staple in many households helping raise the active members of society today. His impact was so substantial, a documentary was released in 2018 about him called Won’t You Be My Neighbor? along with the fictional movie based on a true story of friendship in 2019 called A Beautiful Day in the Neighborhood starring Tom Hanks. Mr. Rogers, having devastatingly passed away in 2003, isn’t around to bestow his uplifting words upon us during such a culturally and politically tense time period, but his former words can still bring us guidance today. 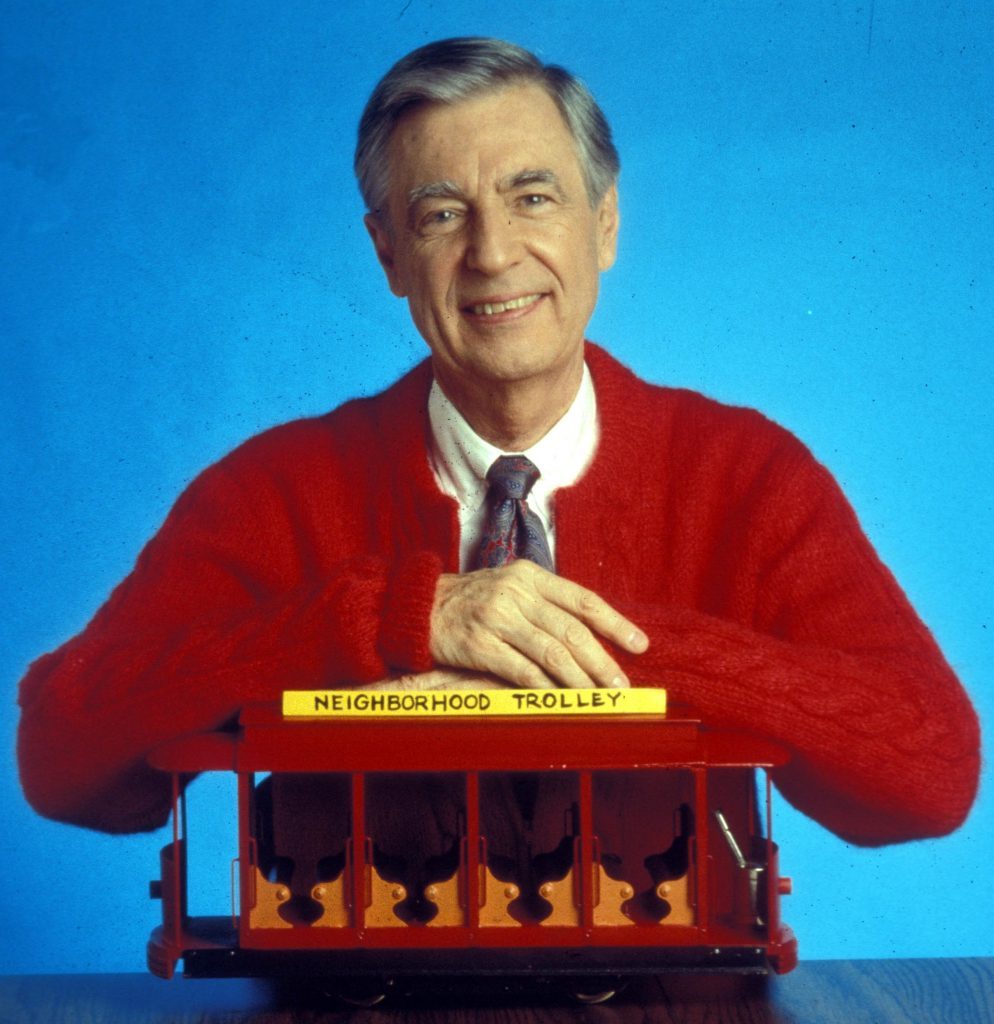 Conflict is a natural part of community

Fred Rogers didn’t try to pretend as though bringing a diverse group of people together in one neighborhood was easy. In fact, from the get-go Mister Rogers’ Neighborhood addressed differing opinions, as noted in the documentary Won’t You Be My Neighbor?. When King Friday XIII responds to changes in the Neighborhood of Make-Believe by putting up a barbed wire wall, the neighborhood reaches out with peaceful concern. Coming from a place of compassionate worry, the two sides are able to come to a mutually beneficial solution. Maybe these 6 words will also help during your next argument. 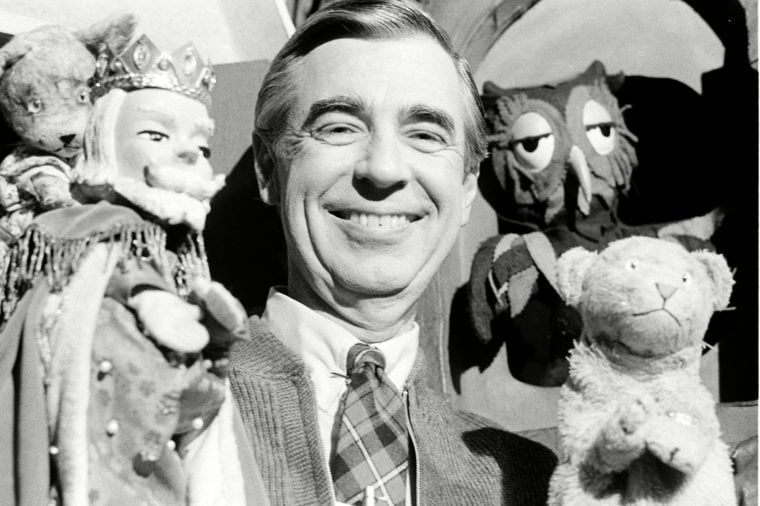 Mr. Rogers often used his character King Friday as an example of someone whose strong beliefs, fears, and sometimes unsettling actions could still be met with peaceable communication. In one instance, the other members of the Neighborhood of Make-Believe sent the frustrated king balloon messages bearing their own concerns and wishes. When one side attempted to understand where the other was coming from, calm resolutions could be achieved. See how you can build trust with your own neighbors. 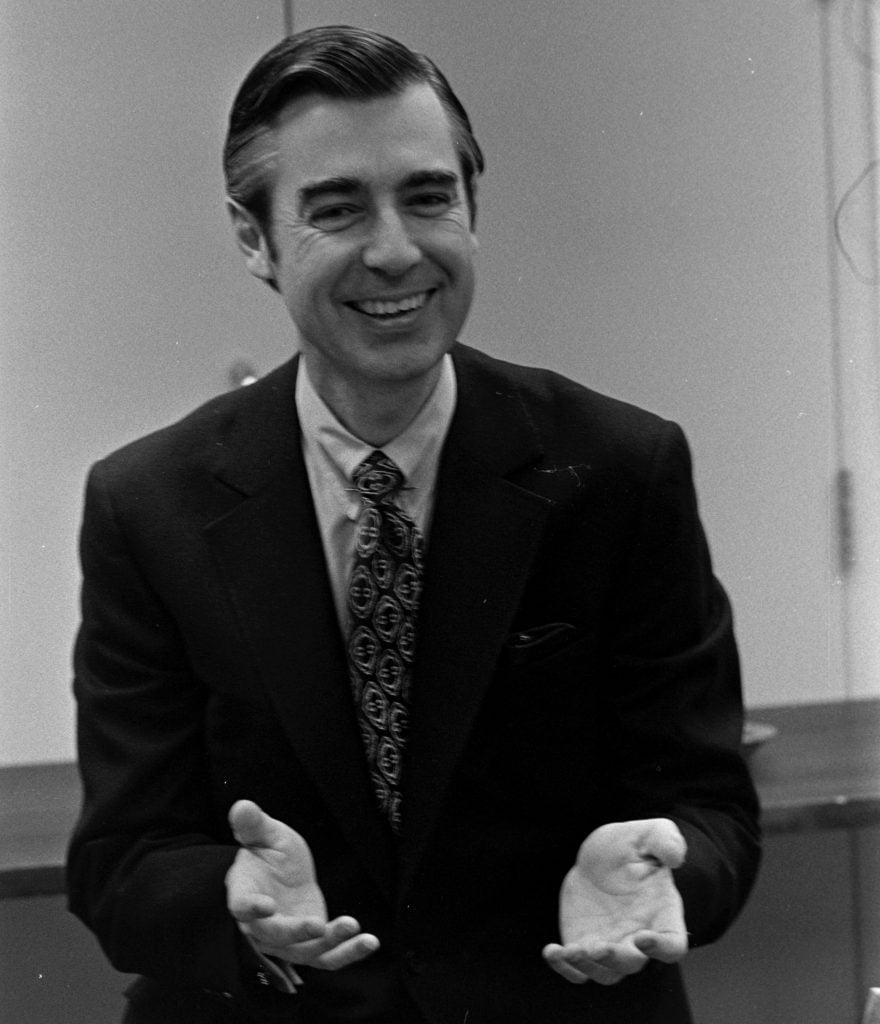 Remind friends of their authentic value

Mr. Rogers always closed his show reminding the audience, “I like you as you are.” It was an important message to send to children, who may often feel like they are different or less than their peers and grownups. Instead of harping on what they could change to be a “better” person, the sweater-wearing TV icon communicated a sense of peace and loving oneself as they are at that very moment. Instilling this sense of confidence in children and loved ones is just as important today. 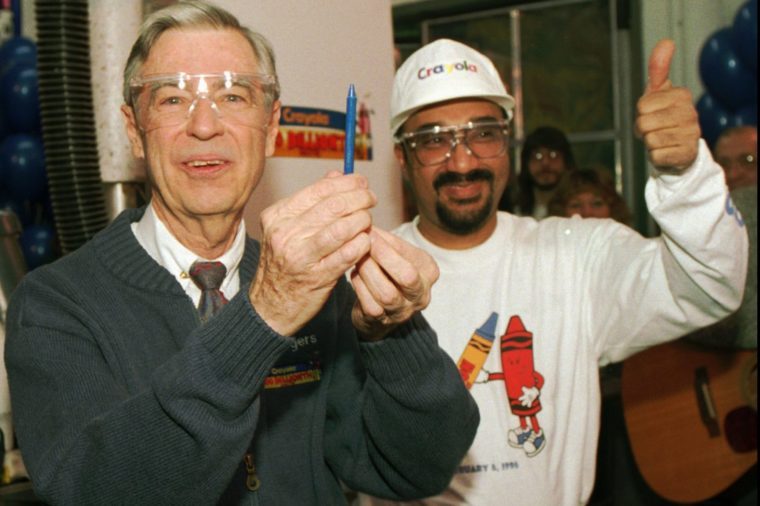 Love your neighbor and love yourself

Despite his background as a Presbyterian minister, Mr. Rogers didn’t try to push a specific agenda on his viewers. Instead, he was a glorious example of someone who could be open to hearing other people’s opinions without diverting from his own values. This characteristic is surely something the world could benefit from practicing today. Listening to the other “side” doesn’t mean you have to give up on what you believe, it simply makes your world more diverse. 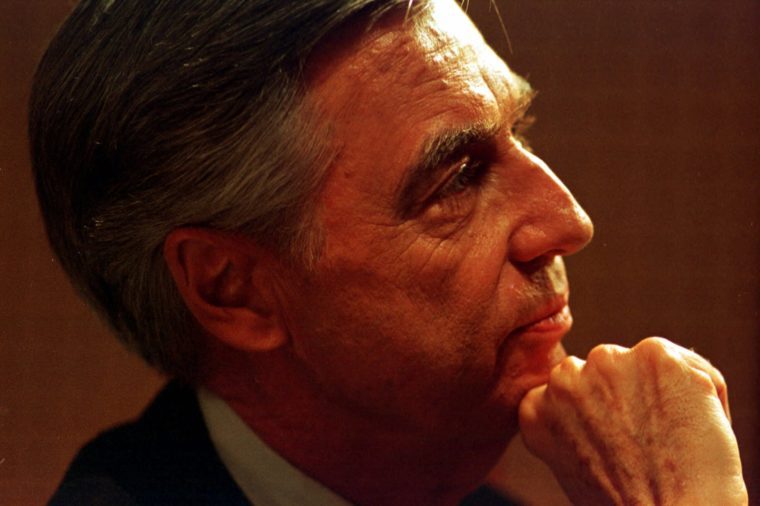 Be a good listener

Mr. Rogers didn’t preach good listening skills in the typical sense, which to many could mean just being quiet so someone else can share information or speak their peace. Instead, he encouraged truly paying attention to what another person is saying. Listening with not only your ears, but your eyes, heart, and soul. Words mean very little if we’re not open to understanding the feelings and thoughts behind them. Here are 9 skills good listeners have. 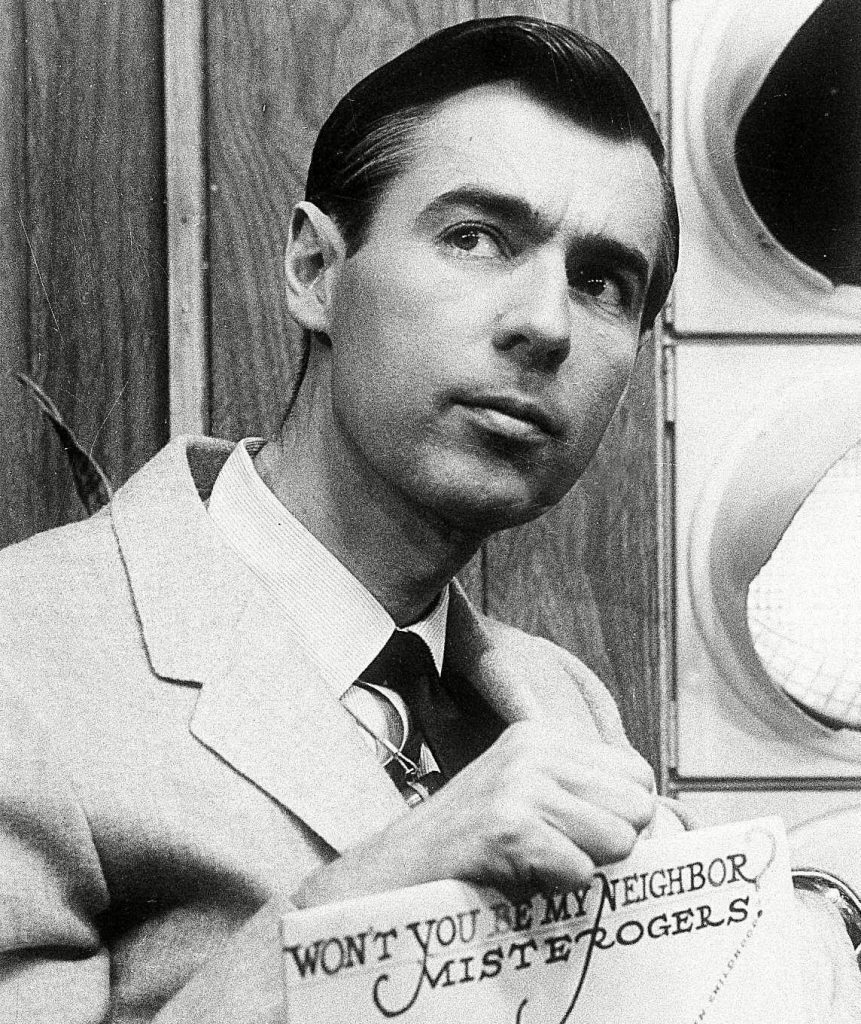 We respond best when there’s an attempt to understand

The television host was all about making heartfelt attempts to understand a differing opinion before uttering a response. He felt that the very act of learning what someone’s feelings are grounded in can make others react with an increased sense of care and rationale. In today’s world of social media retorts and arguments, there’s never been a better time to practice this lesson. 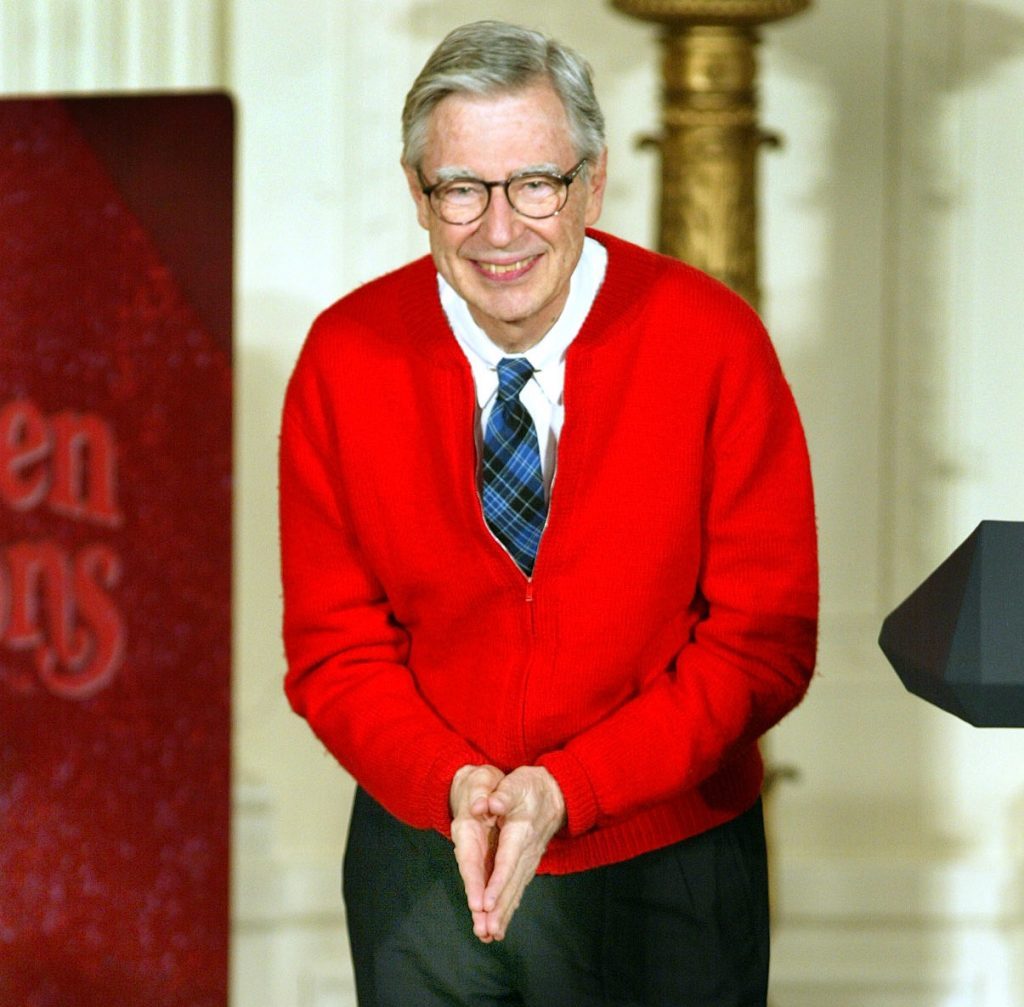 Treat everyone with respect

This lesson might feel like a no-brainer, the kind of thing any child learns in kindergarten. But Rogers didn’t only say the words, he also illustrated the point visually. During a time when black people weren’t allowed to swim in the same pools as white folks, the Pittsburgh, PA native wanted to make a point against this segregation. He invited series regular Officer Clemmons, played by African-American actor Francois Scarborough Clemmons, to cool his feet alongside him in a kiddie pool during a segment. We’re all in this great, big, crazy world together. 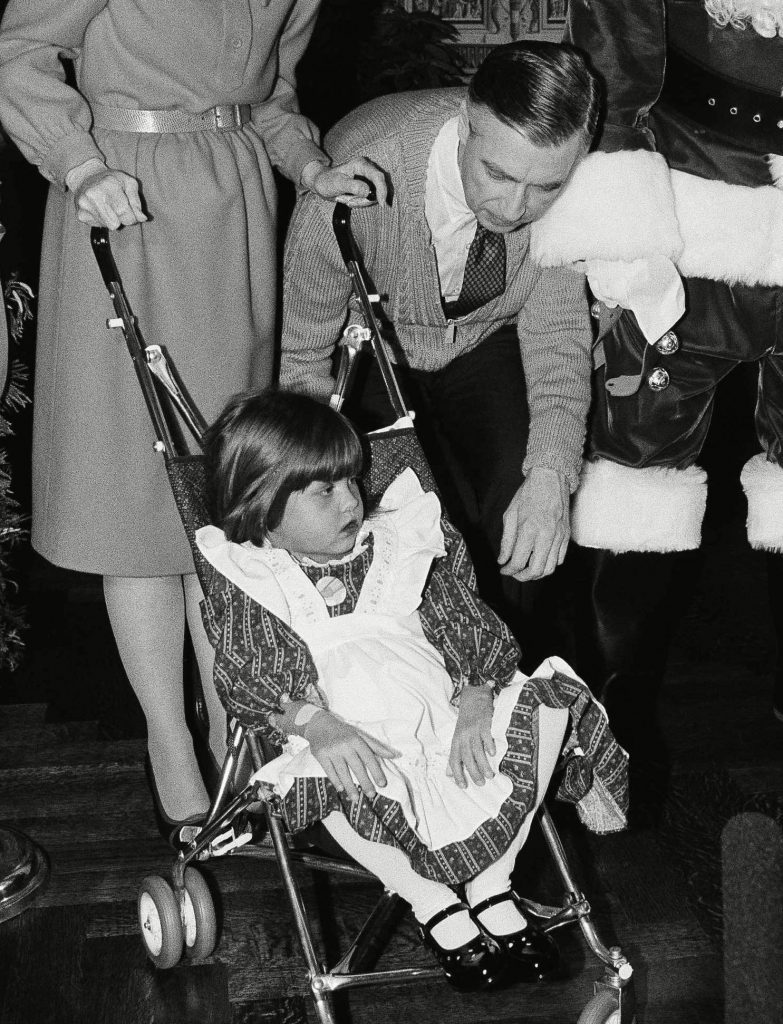 “When I was a boy and I would see scary things in the news, my mother would say to me, ‘Look for the helpers. You will always find people who are helping,'” said Mr. Rogers. He held that conversation close to his heart until his passing in 2003, resting peacefully in the knowledge that there are still caring people ready to help. When considering your place in the community, be a helper. Check out some uplifting stories of neighbors helping one another. 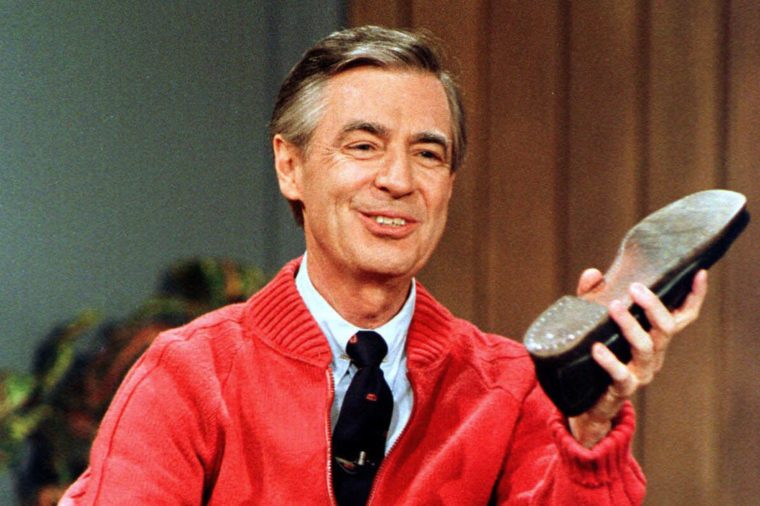 Don’t be afraid to discuss the tough stuff

After taking a brief absence from children’s television, Mr. Rogers came back in the 1980s with a series of shows that tackled serious issues for kids. He discussed heavy topics like death and divorce but did so in a relatable way that wasn’t condescending. Mr. Rogers opened up the lines of communication for kids who may not otherwise have had an outlet for such conversations. Today, with children facing a multitude of outside challenges, it’s helpful to remember that their innate emotions and feelings are just as curious and delicate as ever before. 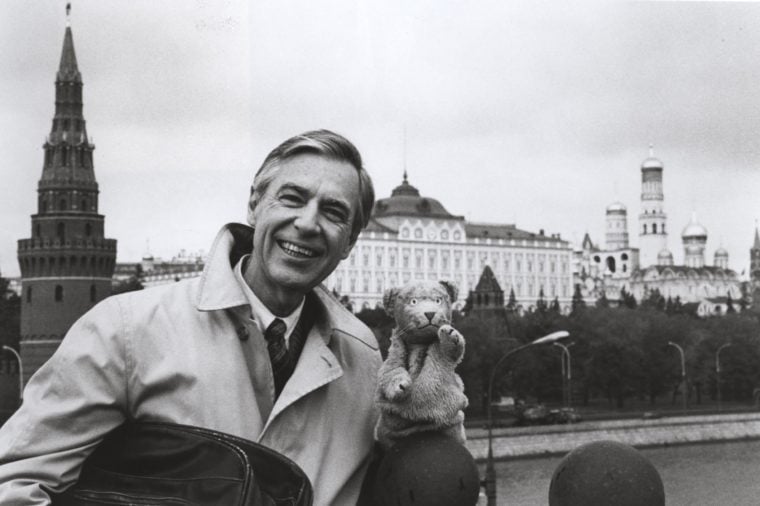 Mr. Rogers was a big proponent of instilling confidence in people, pointing out their greatest assets as opposed to critiquing their weaknesses. He could find a point of understanding in just about everyone. “I think those who try to make you feel less than you are—that’s the greatest evil,” he said in an interview that appeared in Won’t You Be My Neighbor?. Find a connection and offer support to neighbors, with the hope that they will return this in kind. Check out these heartwarming stories of good neighbors. 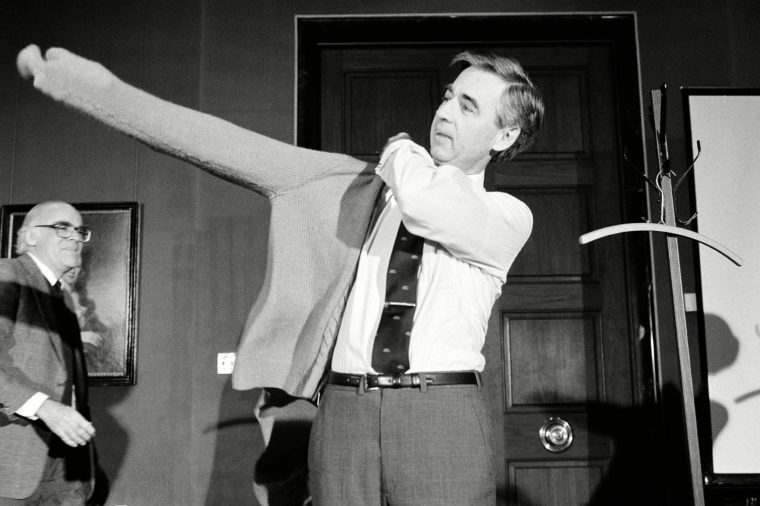 No one is perfect, not even the seemingly wonderful Mr. Rogers. He was very much aware of this, which is why one of his greatest lessons to viewers was to expect and accept mistakes. By doing so we not only learn to be less hard on ourselves but others as well. Embracing imperfections is a simple way to make more out of life. 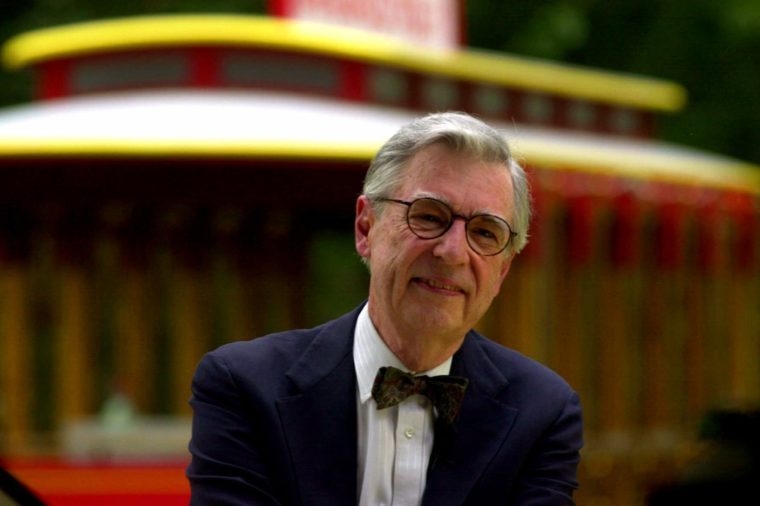 What is essential in life is invisible to the eye

During a public speaking engagement, Rogers paraphrased a popular quote from The Little Prince—that what is essential in life is invisible to the eye. “What changes the world?” he asked. “The only thing that really changes the world is when somebody gets the idea that love can abound and can be shared.” 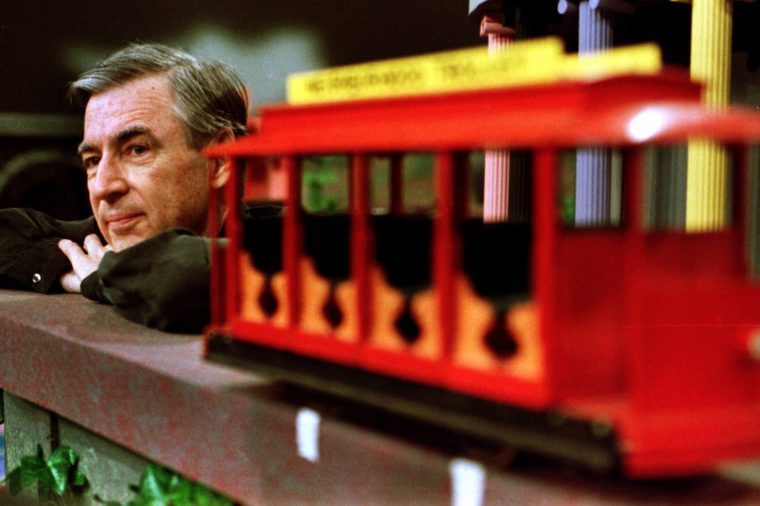 Take time to think about someone who has helped you

During a typical harried day, we may off-handedly thank those around us for their helping hand or a kind word. During his speaking engagements, Mr. Rogers often asked his audience to take one full minute to think about someone who has really helped them in life. Doing so might bring a tear to their eye, a smile to their face, or warmth to their heart. Adding this simple practice to everyday life not only makes us a better neighbor—and a more grateful person as well. Next, check out these things your neighbor will never tell you.